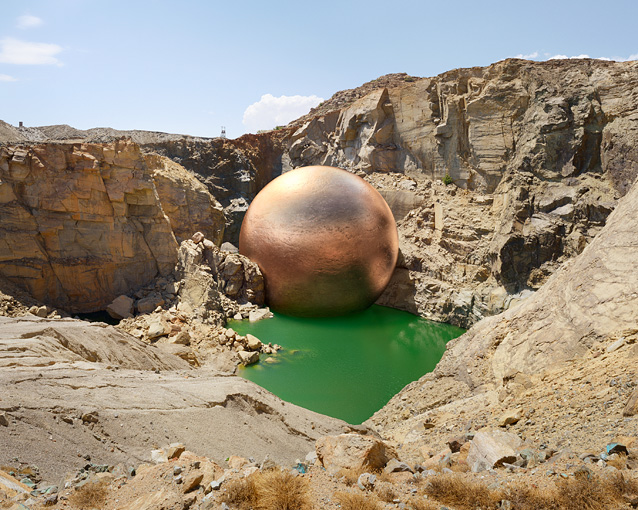 Dillon Marsh Visualises How Much Copper Was Produced in African Mines
Photographer Dillon Marsh has photographed a number of mines in South Africa and digitally added computer-generated visualisation of the amount of copper extracted there. (We talked about the legacy of South African mines here). Via It’s Nice That.

South
Beautiful photographs of rural landscapes taken in the Southern US by Cody Cobb. Via Ain’t Bad Magazine.

Big Dream
A photo essay by Tim Bowditch reveals the quiet anxiety of Japanese men perusing their bets at Keirin races. Via This Is Paper.

Vanishing Point
Sebastian Collett went back with his camera to the places he grew up in as a closeted gay man. Another beautiful find via Phases.

Inside the Beslan School Siege, 10 Years On
For this touching series, talented photographer Diana Markosian returned to the school in Beslan, North Ossetia that was taken under siege by Chechen separatists 10 years ago. (We featured an essay by Oksana Yushko in a similar vein). Via Lightbox.

Female Photographer Imagines Her Life With Dozens of Different Partners in ‘Self-Portraits with Men’.
Sometimes one husband – or life – is not enough. Photographer DIta Pepe staged a series of self-portraits in which she appears with husbands and families that are not her own.

People in the Dunes
This project explores the borders between urban and wild nature around the Bolderaja district on the outskirts of Riga. Photographs by Andrejns Strokins. Via LensCulture.

Historic Theaters
Photographer Stephanie Klevens is on a mission to photograph historic, lavish movie palaces before they are closed forever. Via Juxtapoz.

Paradise in a ‘Place Past Its Prime’
The place is Daytona Beach, the photographer Laura Silleras, the images a series of cool, decadent portraits. Via CNN Photos.

The Poems
More than a series, The Poems by photographer Boris Eldgasen is a group of stand-alone, individual images, each one fascinating, poetic and evocative. Via Burn Magazine.

Back to Stephen Shore’s Uncommon Places through Google Street View

Join Us on a Journey along ‘La Petite Ceinture’, a Parisian Railway Closed in the 1930s

Hippies, Anarchists and Freaks Play it Hard at the Burning Man Festival