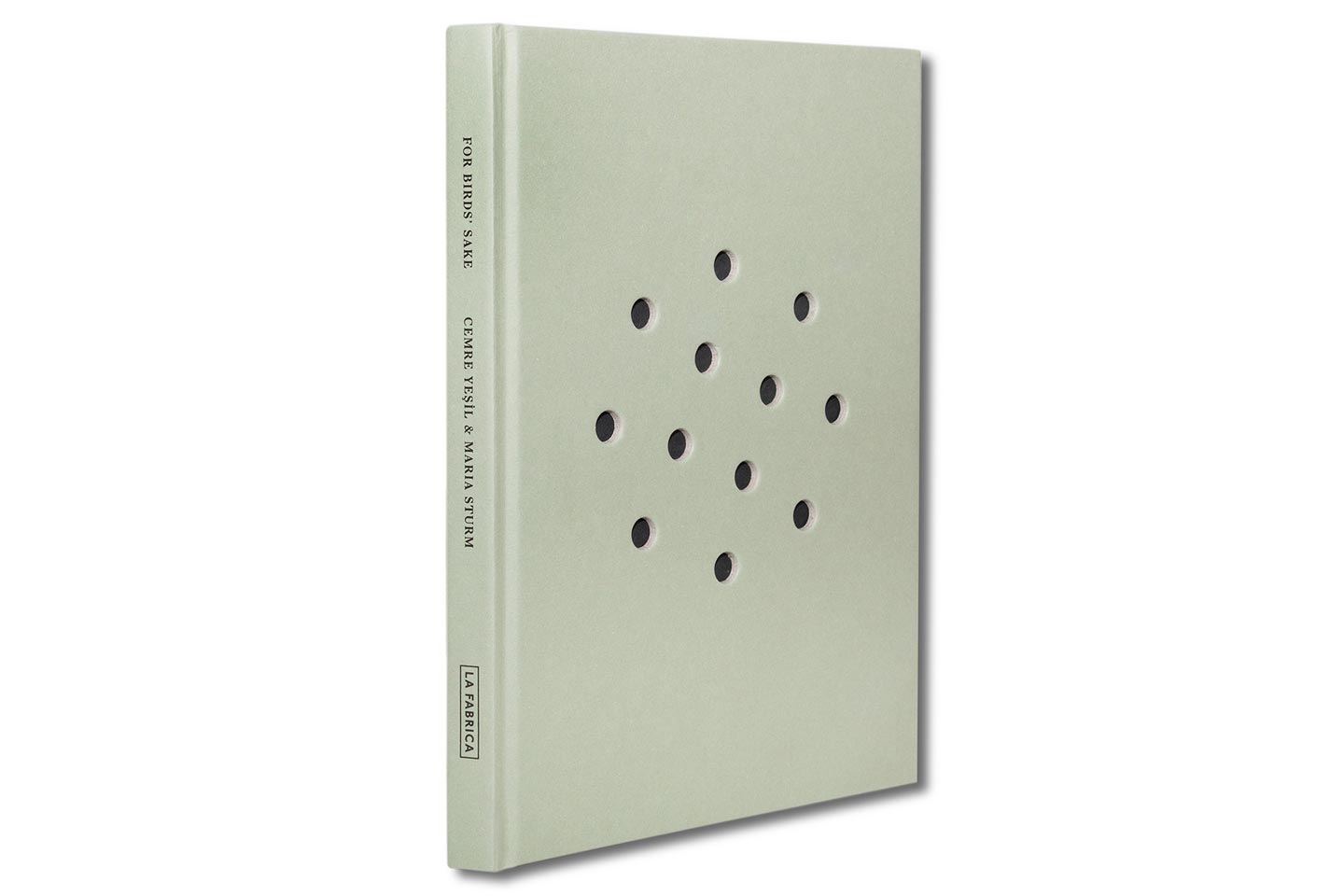 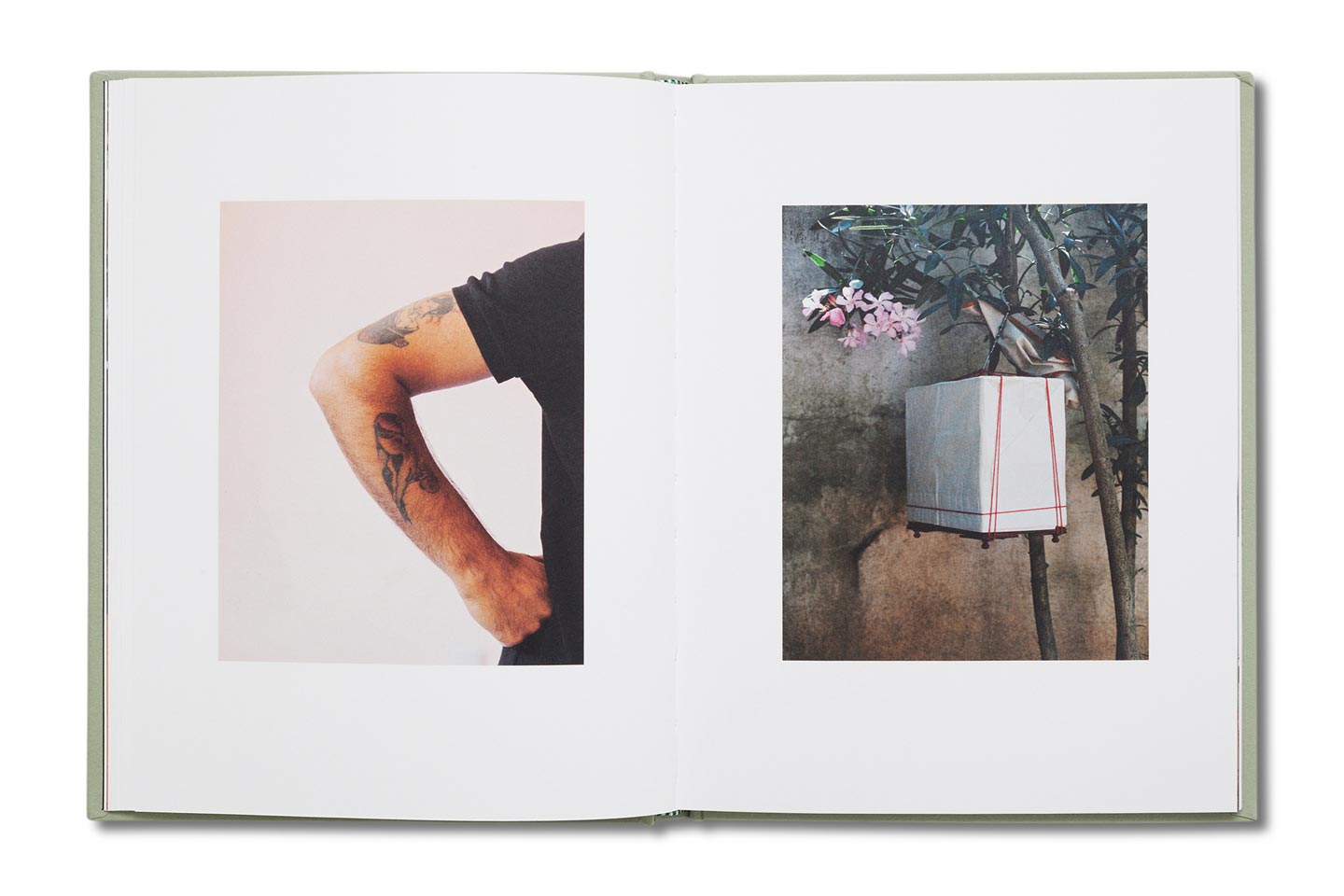 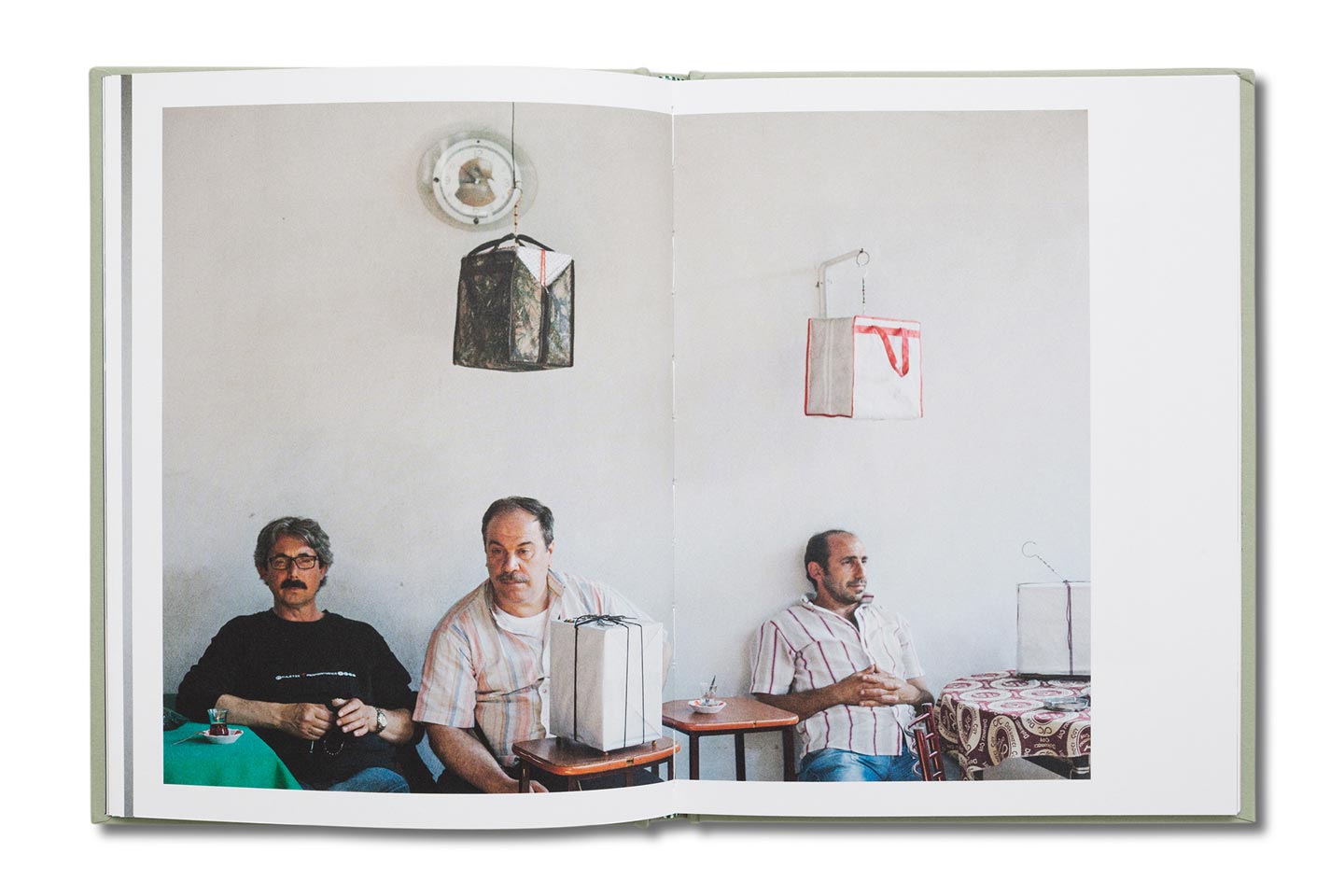 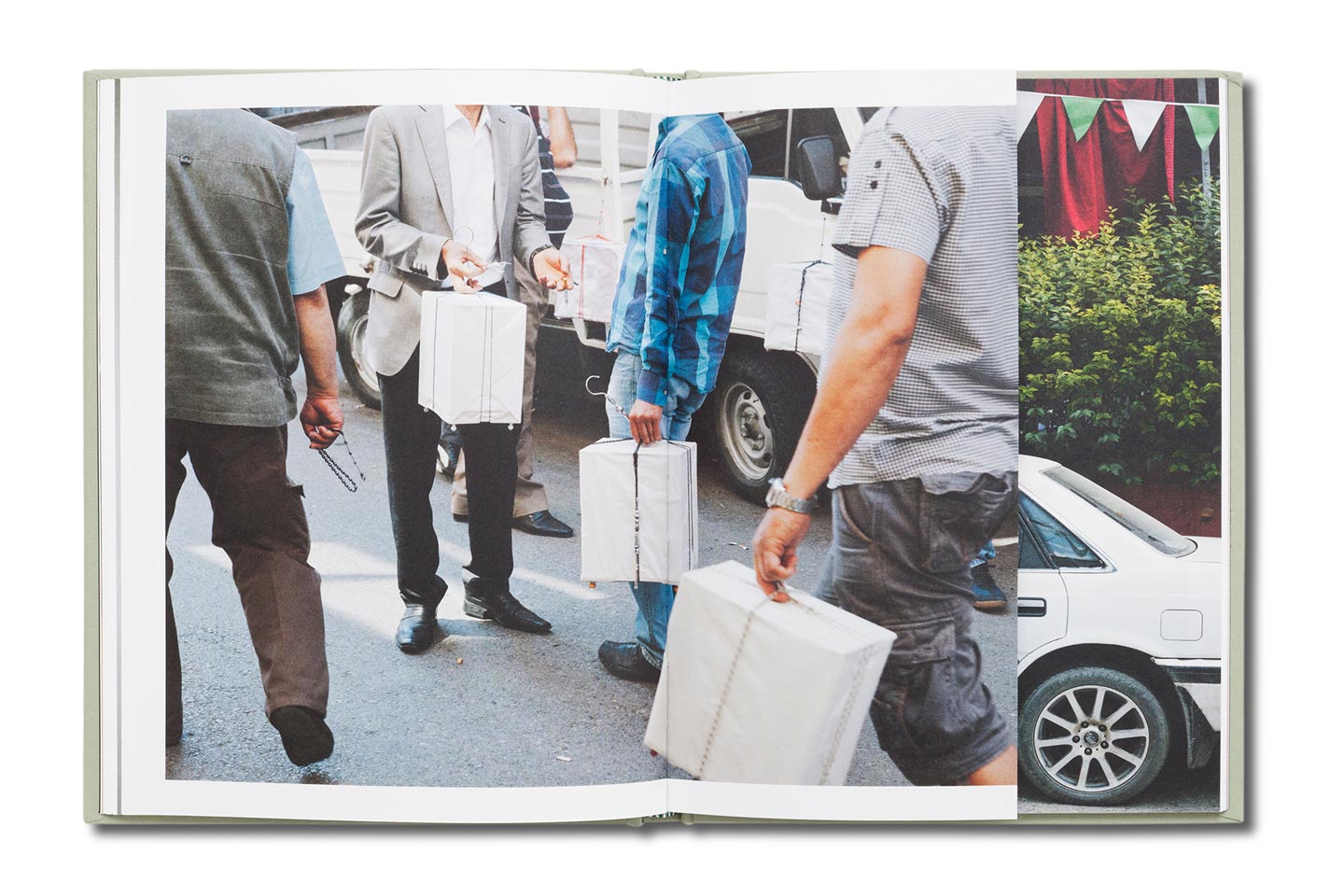 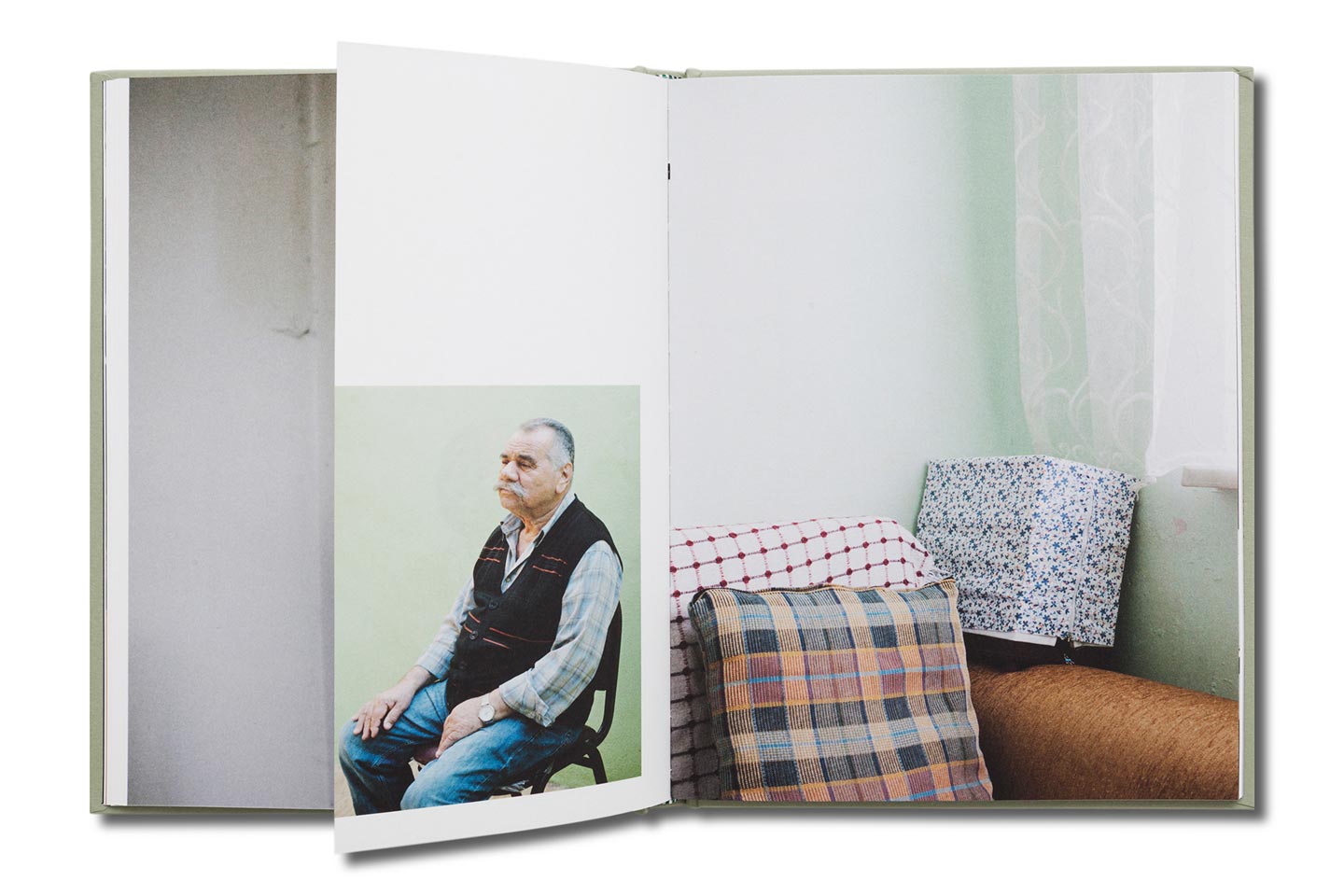 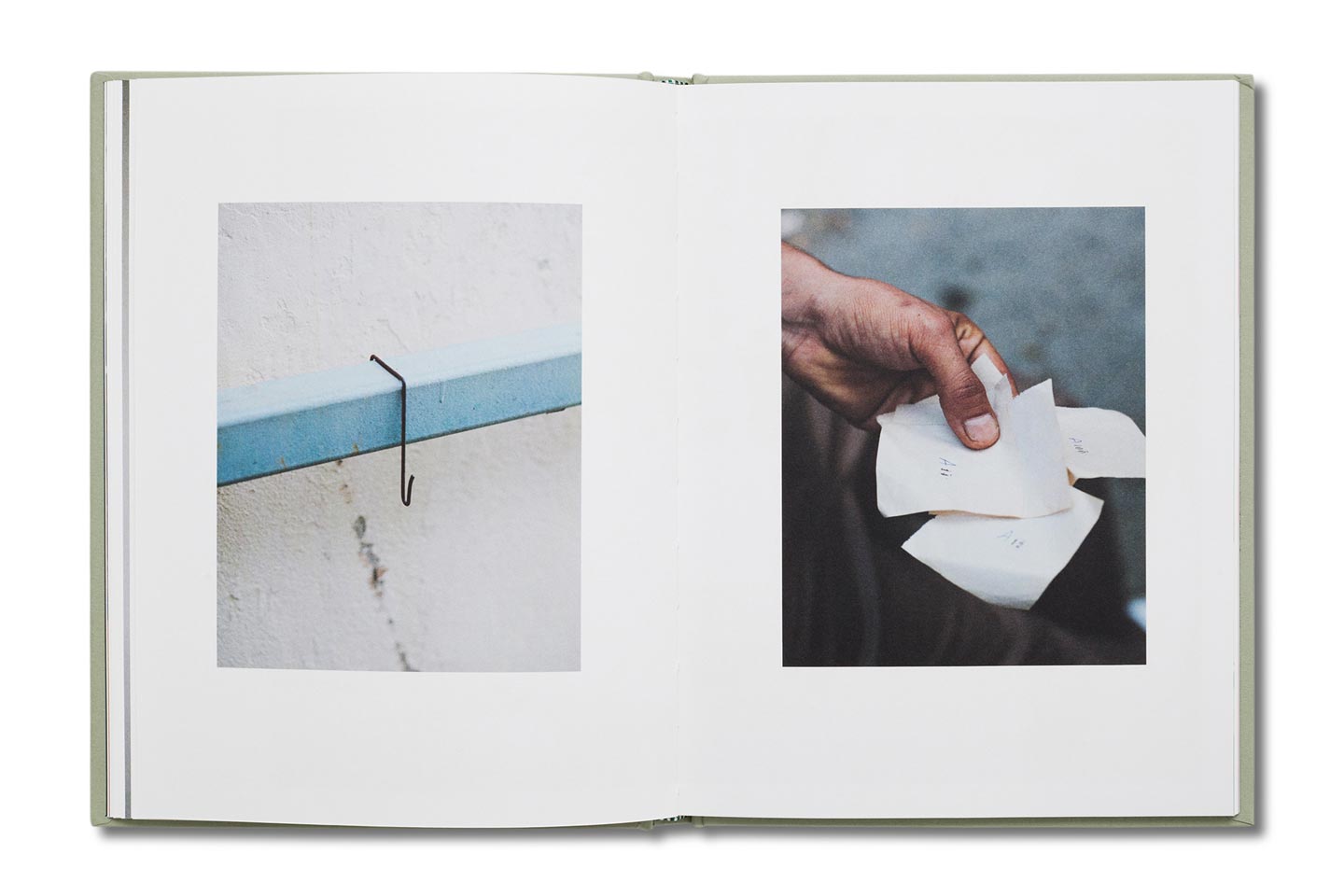 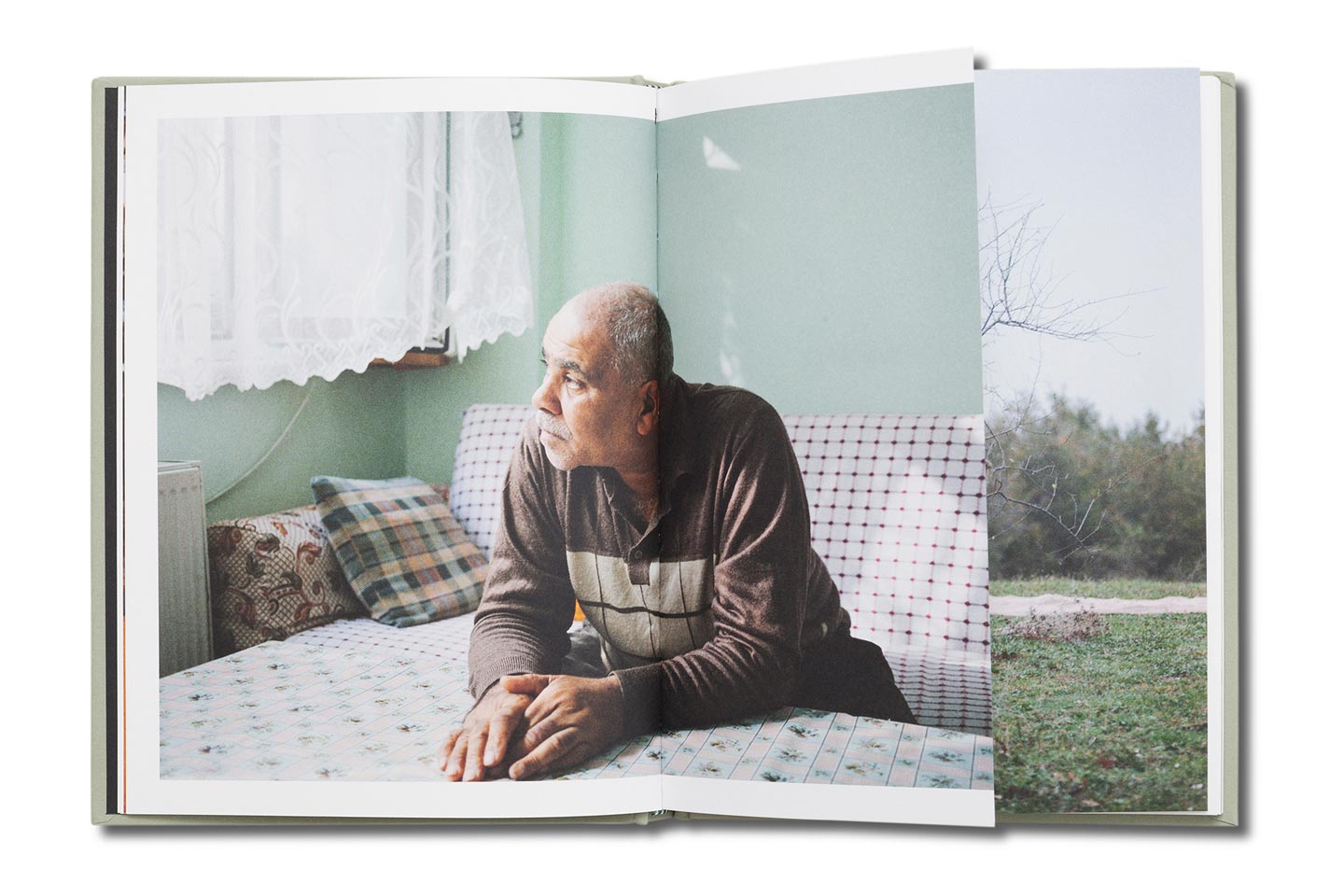 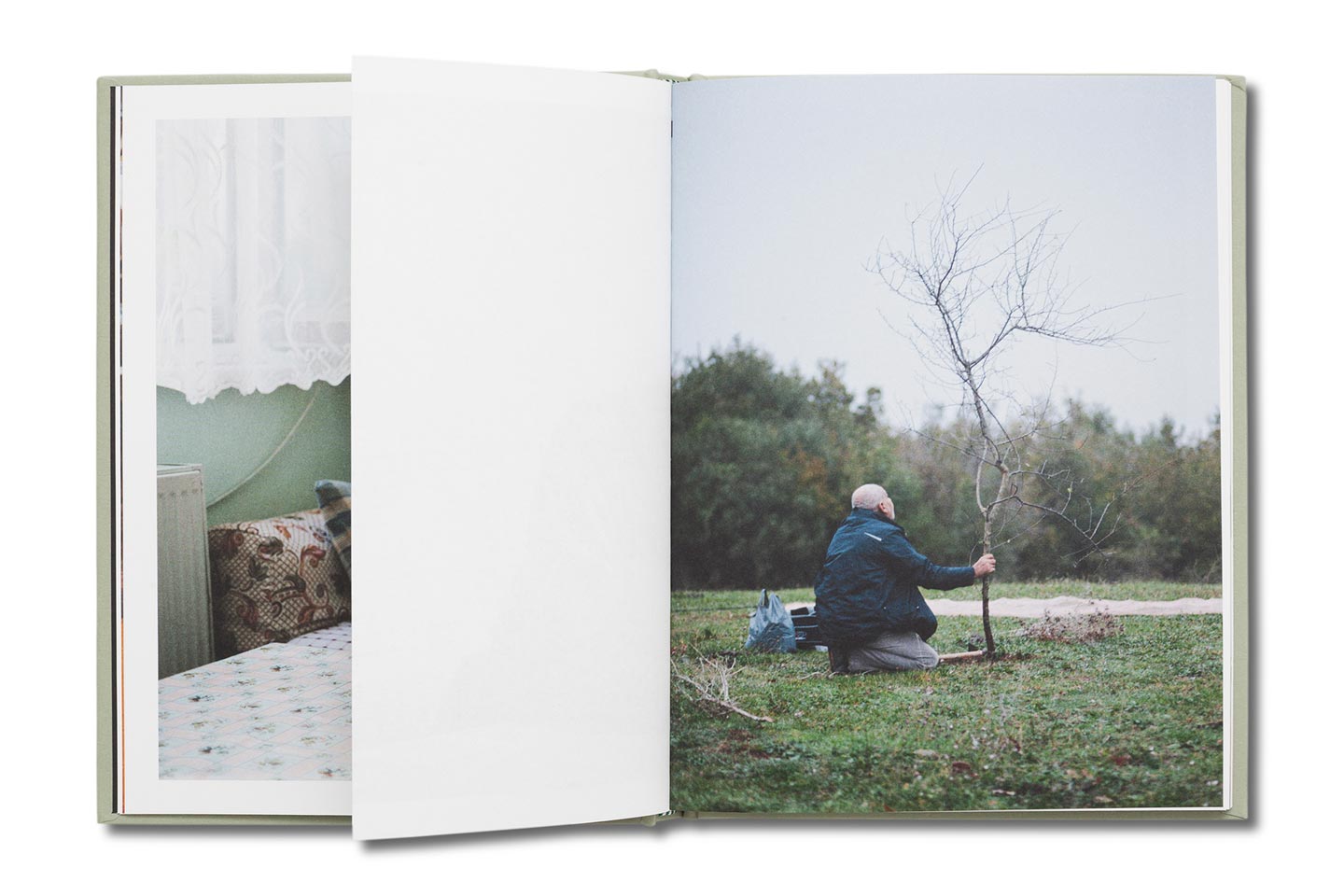 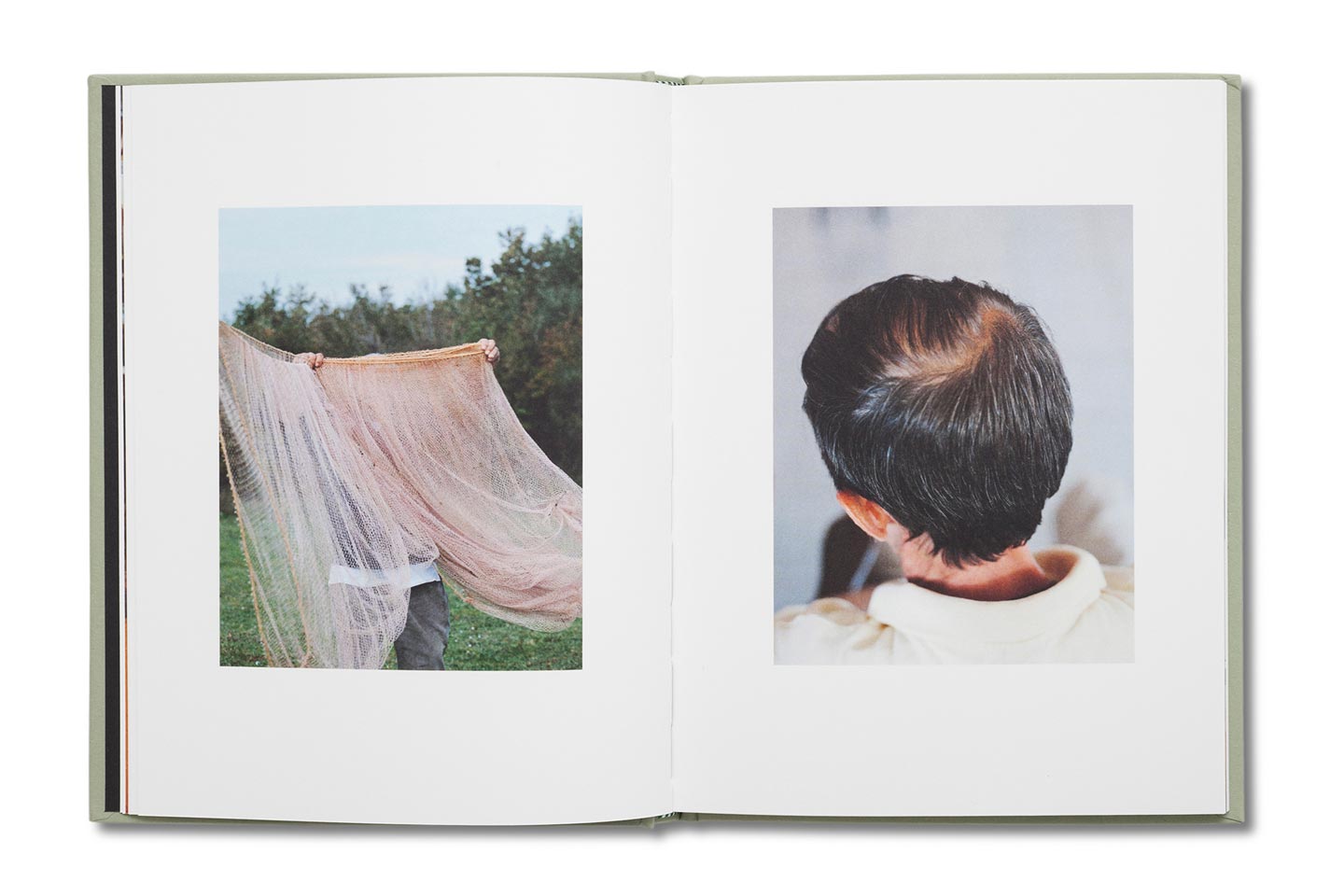 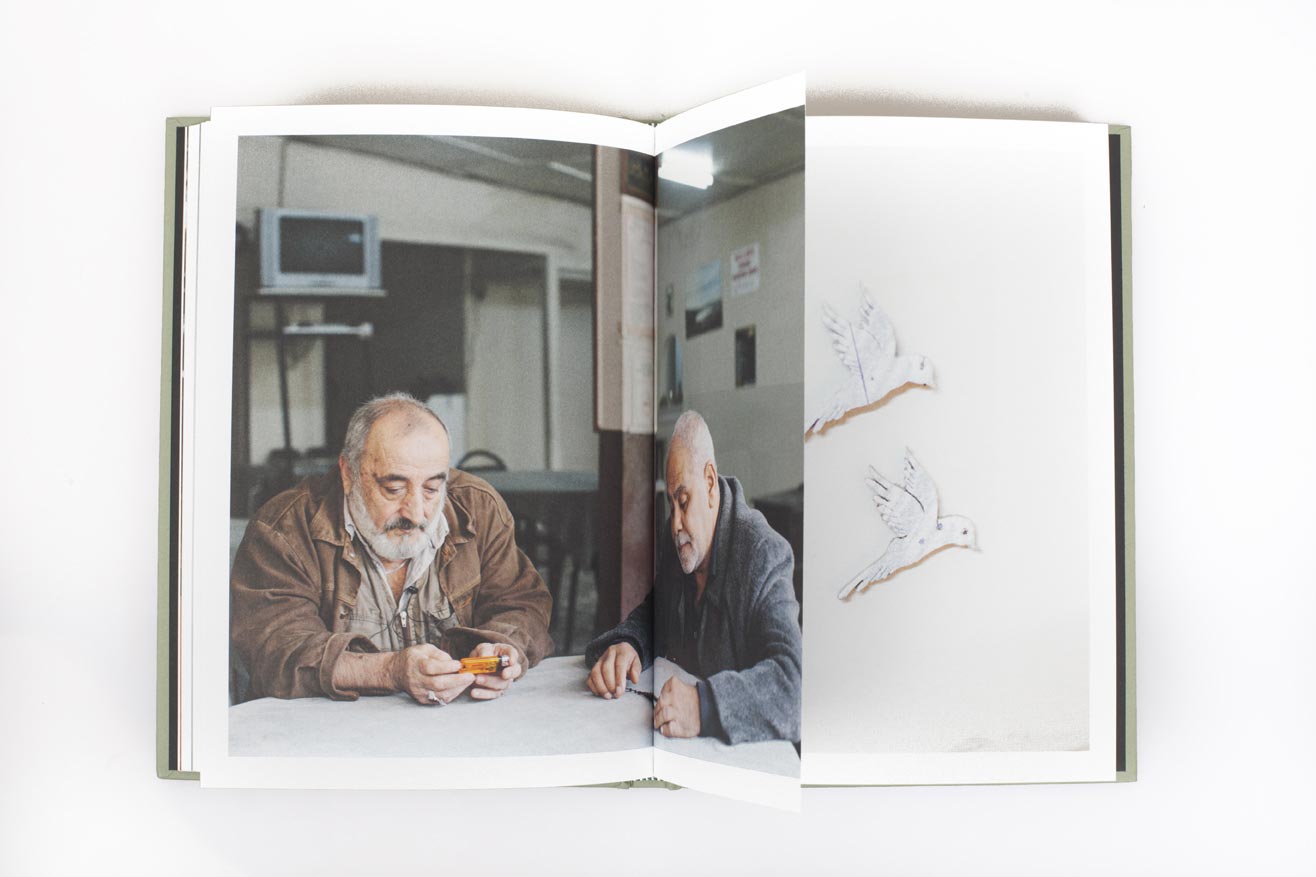 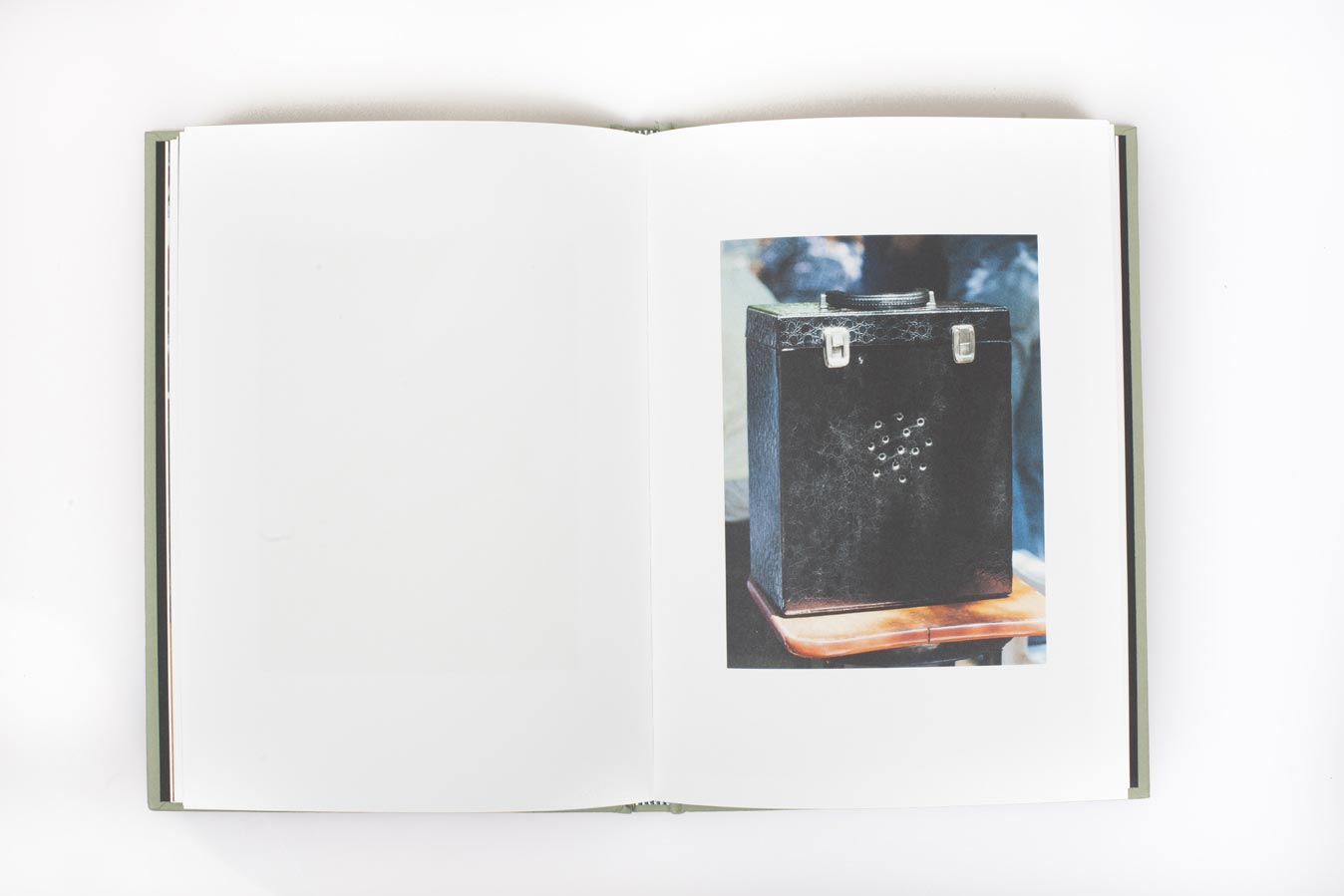 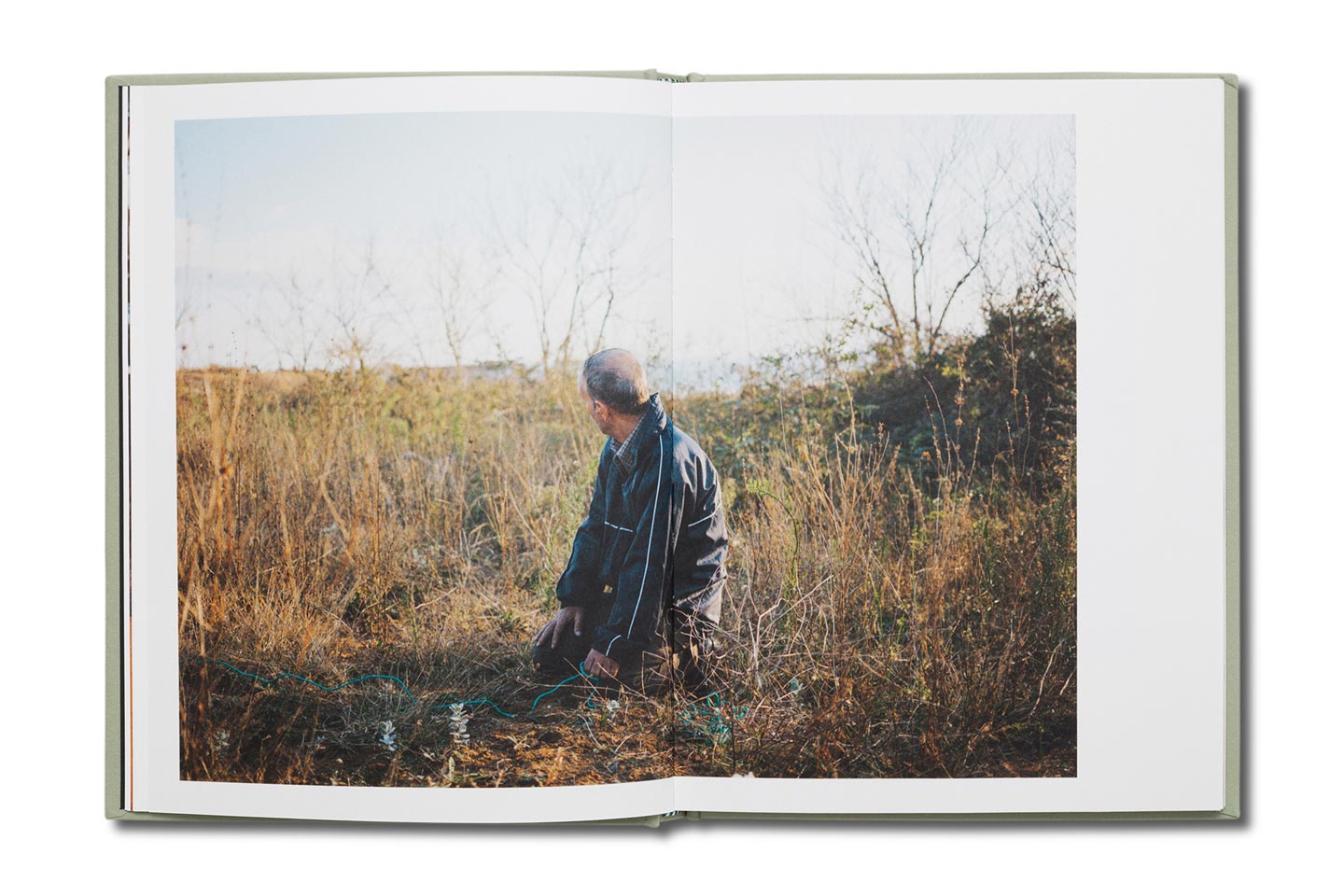 IN THIS INTERVIEW > 29 year-old Turkish photographer Cemre Yesil and 30 year-old German photographer Maria Sturm discuss For Birds’ Sake, a photobook recently published by La Fabrica – buy your copy here – that unveils Istanbul’s subculture of caring for singing birds. Despite being not very popular and largely practiced by men only, the bird culture in Istanbul has its roots in the ancient times of the Ottoman Empire…

Hello Cemre and Maria, thank you for this interview. What are your main interests as photographers?

Cemre –  My main interest as a photographer is to portray relationships where I focus on personal intimacies. I see photography as a tool to communicate and interact with my surroundings as well as to research the ways human develop relationships between themselves and the world they inhabit. I am also very much inspired by the qualities of the photographic medium and the ontology of photography.

Maria – I was never interested in telling somebody’s stories when working on my projects. Not that I’m not interested in hearing people’s stories. I am – very much so, and speaking and listening is in fact the driving force in my work. But it goes beyond that. I’m more and more reminded or observe that we as people have forgotten how to talk to each other. What I’m doing as a photographer or what interests me the most is an attempt to overcome this barrier, to take off the blinders and learn again to look to your left and your right.

Please introduce us to For Birds’ Sake.

For Birds’ Sake is a a deeper look at birds without seeing actual birds, but instead listening to them. It can be considered as a documentation of a mutual madness between photographers and the birdmen of Istanbul: us, trying to understand this passion fitted into cages; and them, trying to understand our urge to take pictures of these ‘ordinary’ cages.

It portrays a world of endless contradictions, of femininity and masculinity, freedom and captivity, darkness and brightness while picturing an escape, a life-long journey, a shadow that is being carried away. To put it very simply, For Birds’ Sake is a story between a man and a box told through photographs while we as photographers try to learn a language that derives from birds, or from a white music box that contains darkness.

Where does Istanbul’s bird culture originate from, and is it a popular practice or is it more of a niche activity?

The culture around singing birds was adopted from the Greek people that used to live in Istanbul back in days of the Ottoman Empire. Since then, Istanbul has been a very important city for aviculture. The city’s geographical location for bird migration has led to the establishment of a huge culture devoted to birds and their care. Many diverse social platforms exist devoted to the keeping and breeding of birds. However today it is not a popular culture, on the contrary it is a very hidden one despite the fact that it is a rooted tradition that belongs to the city and it can be considered as an underground activity. Thus, today this culture is in danger; keeping songbirds such as goldfinches and greenfinches, in particular, may soon vanish due to the Turkey’s adaptation to criteria for European Union candidacy, which openly bans activities that may threaten wild birds, is likely to call a halt for the practice of keeping singing birds.

What do the birdmen do to take care of their birds, exactly?

They of course provide basic care like feeding or cleaning them. However the way they take care of the birds can be considered as a contradiction too. For example, they carry the birds almost everywhere they go, inside a cage folded in paper or cloth. The main reason for having the birds in a wrapped cage is the belief that the bird sings more beautifuly in darkness. They also see this as a way to protect the vulnerable bird from the outside world, i.e: air conditioning.

The photographs of For Birds’ Sake only show men. Are women not a part of the bird culture, and if so, what’s the reason for this?

No women are a part of this culture. It is truly a men’s world, even all the birds the birdmen keep are male birds – the beautiful bird songs are actually love songs sung by the male birds in order to call a female. Turkish men regularly meet at cafes – some of these are exclusively reserved for birdmen, and they play a central role in this unique tradition. Every year, these special cafes also host a range of bird singing competitions.

The men in your pictures are also all adults, with a prevalence of middle-aged and older men…

Actually, there are some young birdmen too, but not as many as middle aged or older men. The master birdmen are of course the elderly ones.

Why did you decide to work on this project, and how was your collaboration born?

We met during a month-long residency at Atelier de Visu Marseille for a workshop with Antoine d’Agata in 2012. We kept in touch ever since and became close friends. In a way, we met through photography and we were lucky to find each other to collaborate.

The idea was born through a funny conversation we had one night which was about the diversity of how humans imitate the sound of animals in different languages although the sound they make is the same in the whole world – the Turks replicate the sound of a cock very differently from the Germans, for instance. Following this conversation I (Cemre) showed Maria a part of a documentary film which showed a Birdman imitating a singing bird in a truly impressive way. Although I was born and raised in Istanbul I didn’t know about this sub-culture of my city at all before watching this documentary titled The Birdmen of Istanbul and directed by Ali Naki Tez. No one around us knew about it either. Then we were very amazed by the fact that the cages were covered and for us the image of a covered cage was an invitation to explore to the world of birdmen photographically. Photographing something invisible was a very intriguing challenge for us.

Did you have any specific references or sources of inspiration in mind while working on For Birds’ Sake?

Besides the above mention doc film by Ali Naki Tez, which introduced us to this phenomenon, during the editing process of the photographic work and the book, we were sending each other some playlists. Together with our editor Gonzalo Golpe we were listening to the same songs. So music can be considered as one way of inspiration for us, also because of the connection to bird songs.

Cemre – I am influenced by the dynamics and paradigms of different relationships. For me, wavering between the indispensability and impossibility of building relationships, the actual act of photographing becomes a breather in the ebb and flow of life. I am also  influenced by literature and some historical uses and techniques in the history of photography.

Maria – I’m mostly influenced by conversation, by friends and family, and chance encounters. Through that I get inspired or find out something that I become interested in and want to pursue photographically. Sometimes it can be also an observation – somebody’s gesture for example.