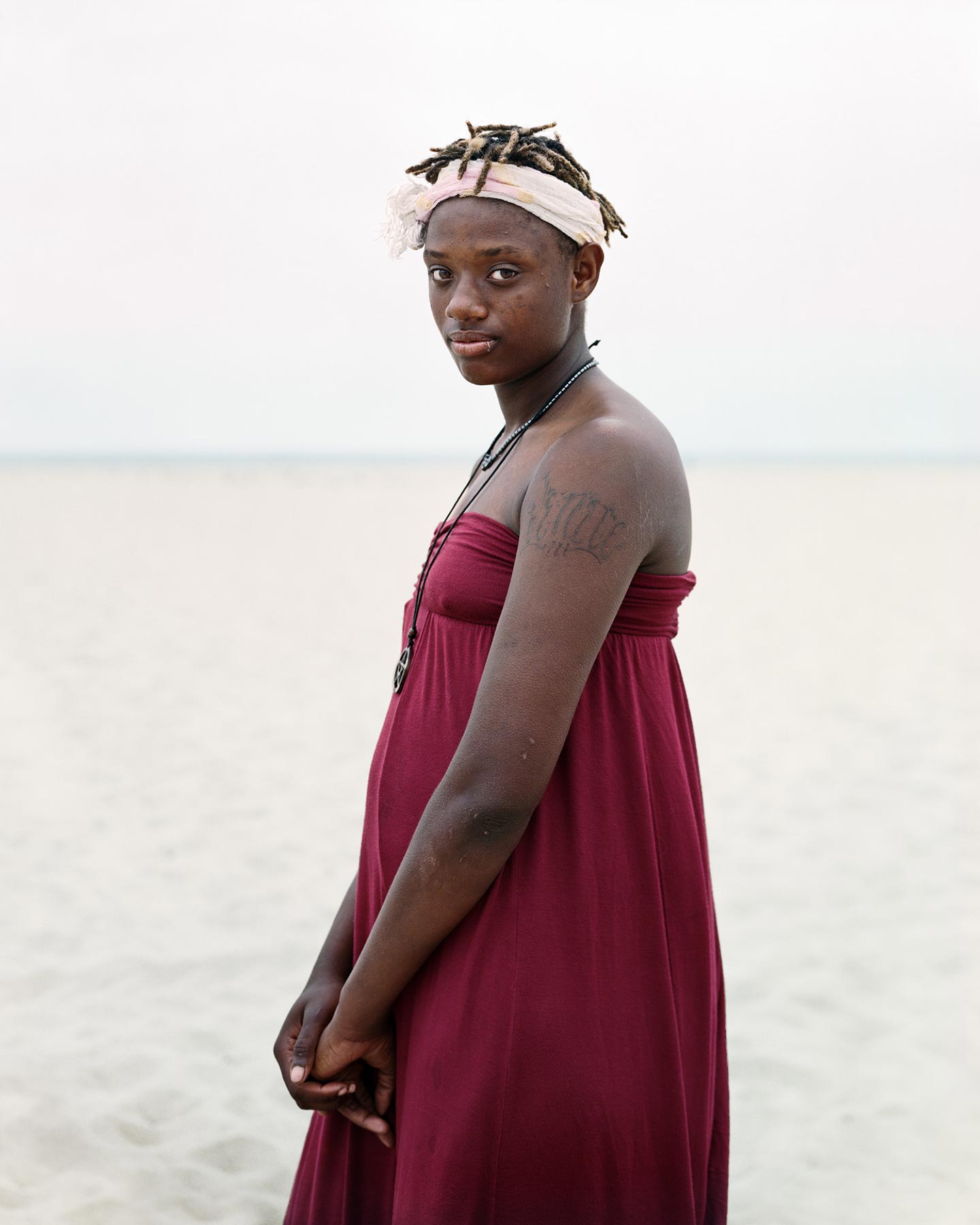 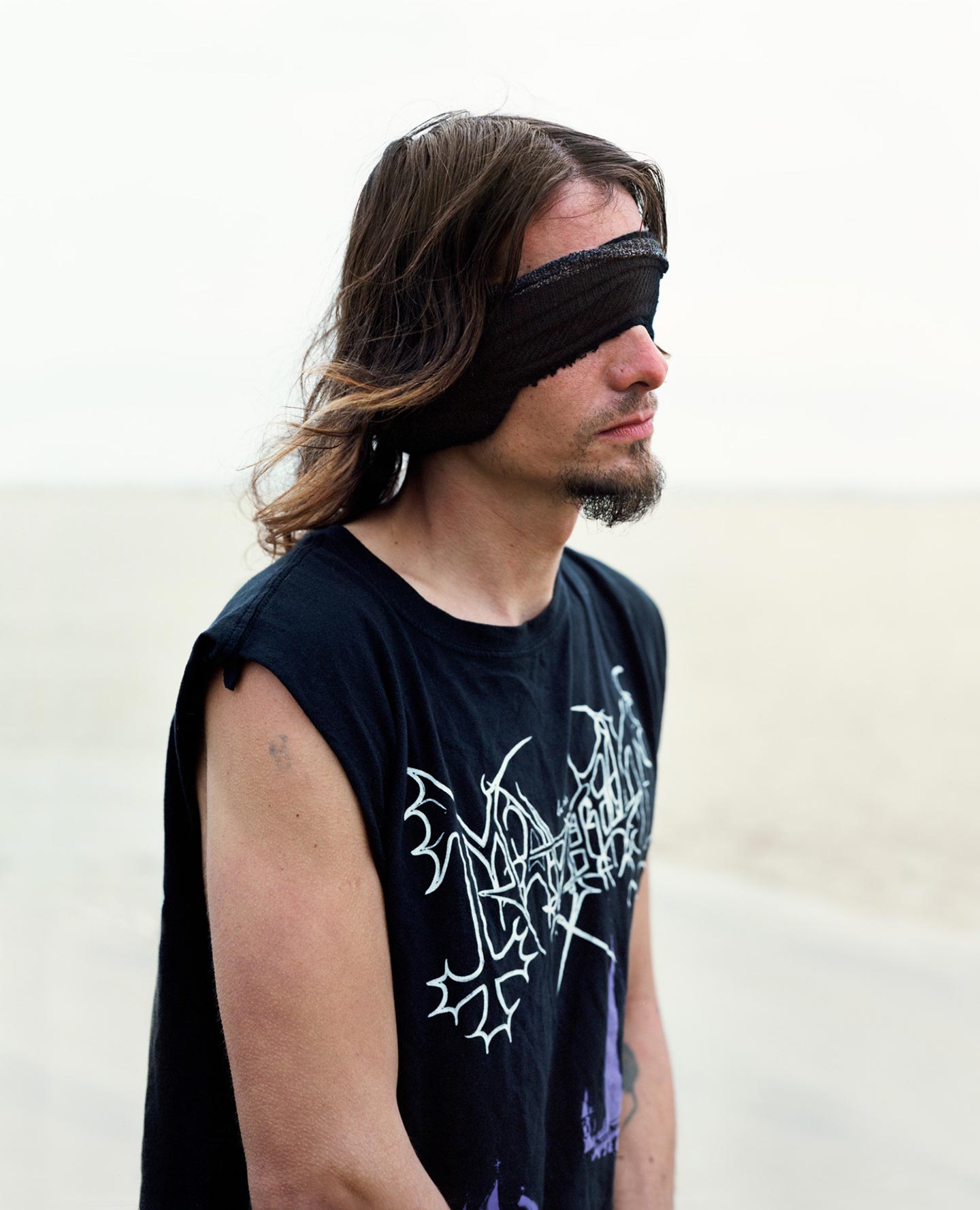 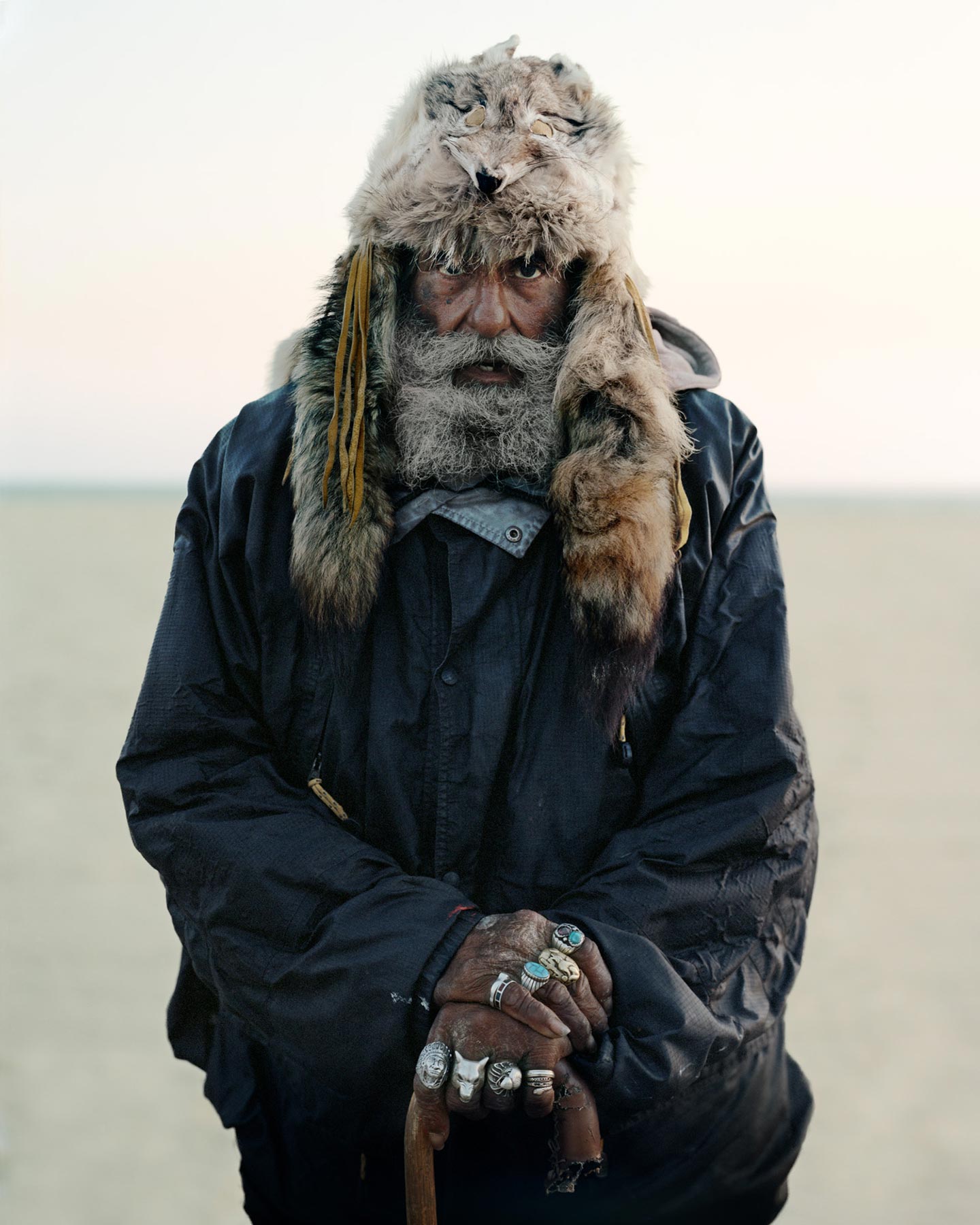 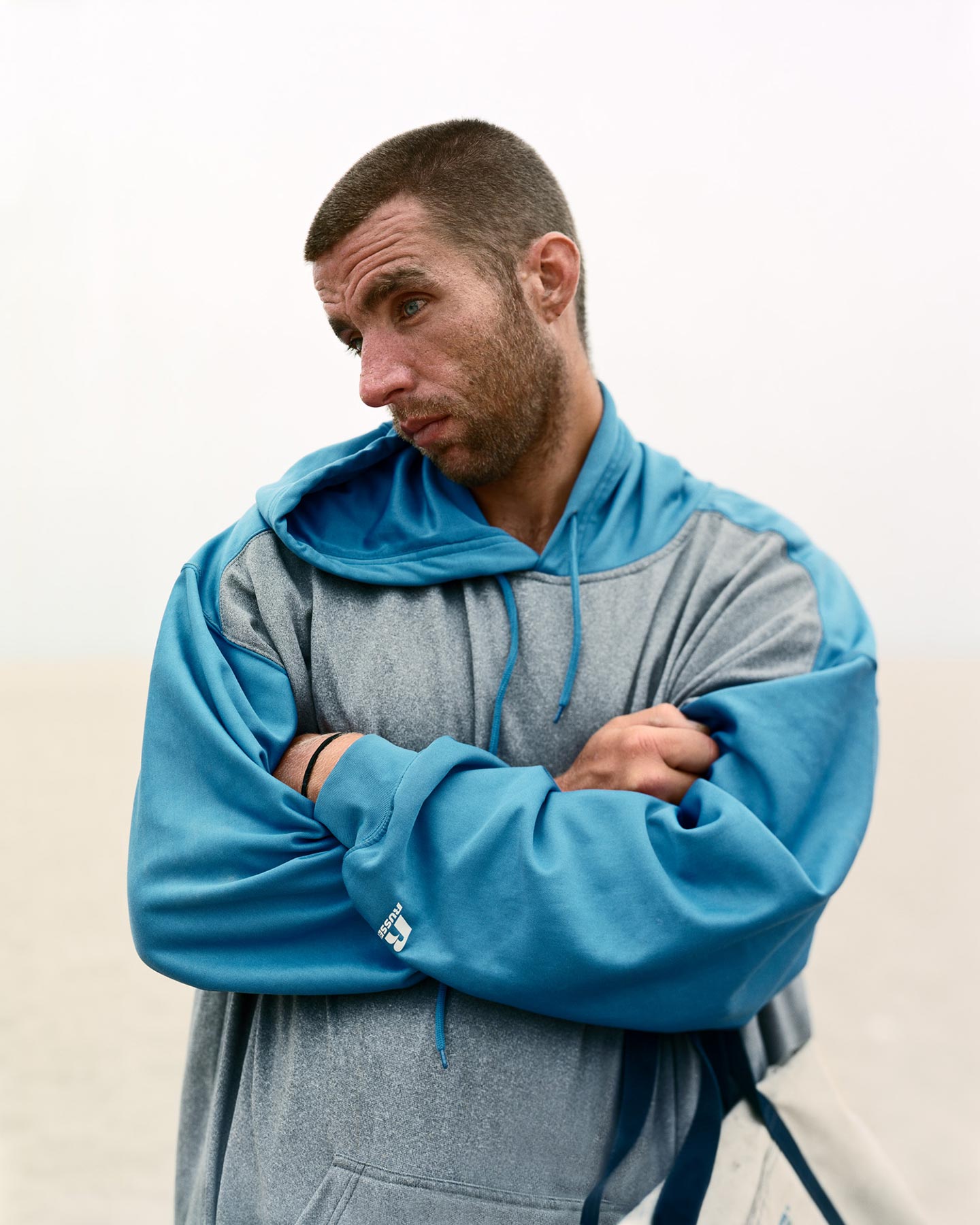 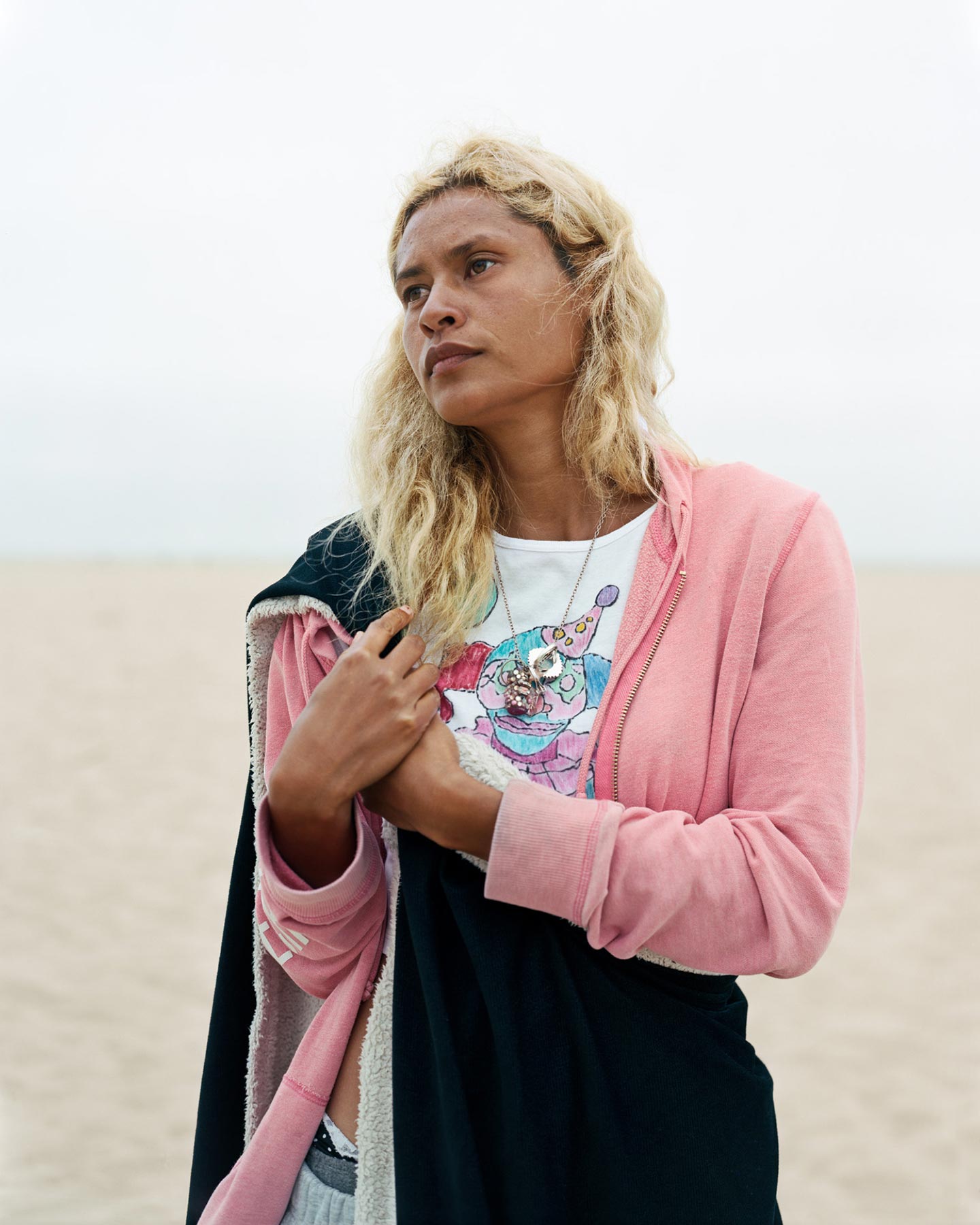 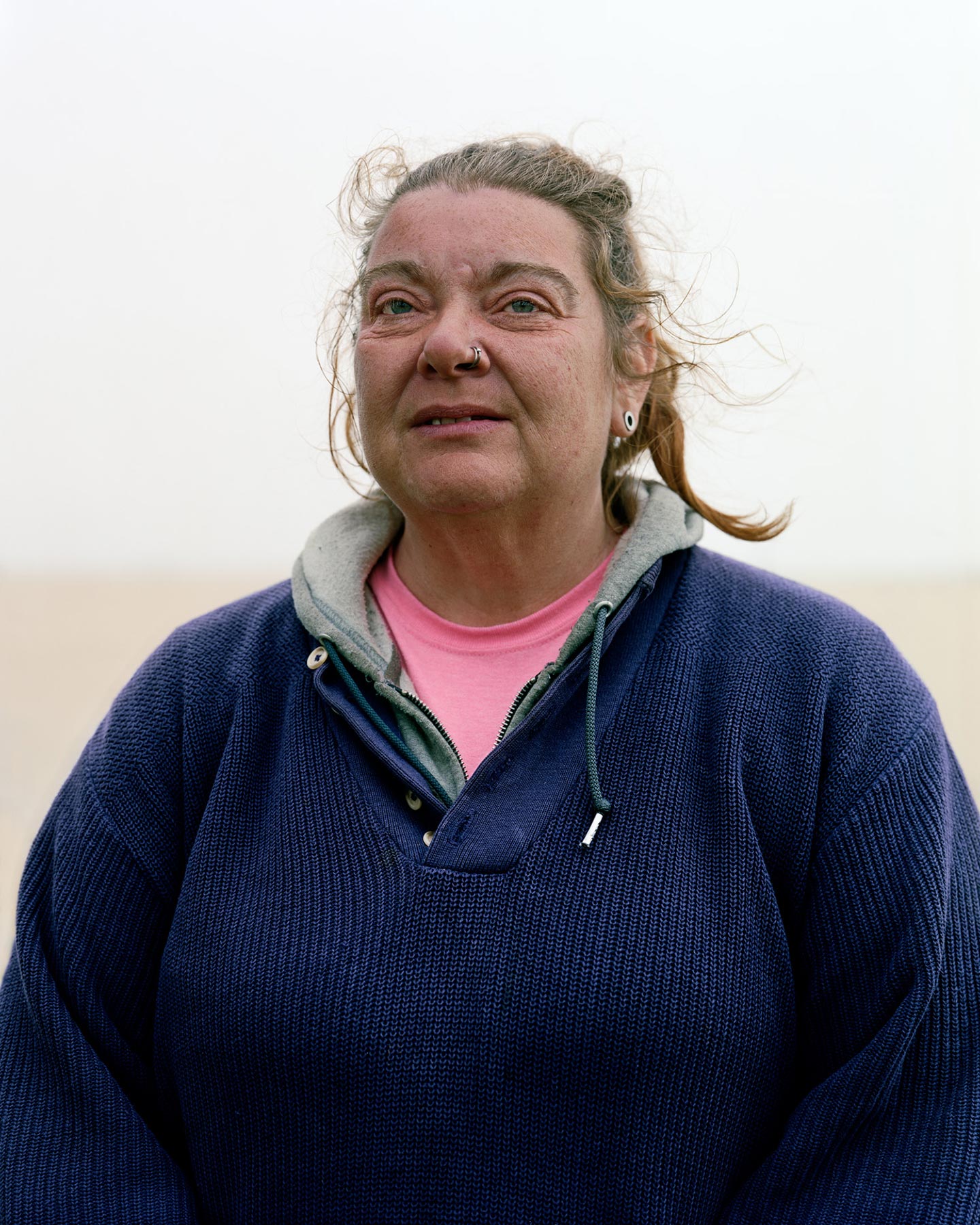 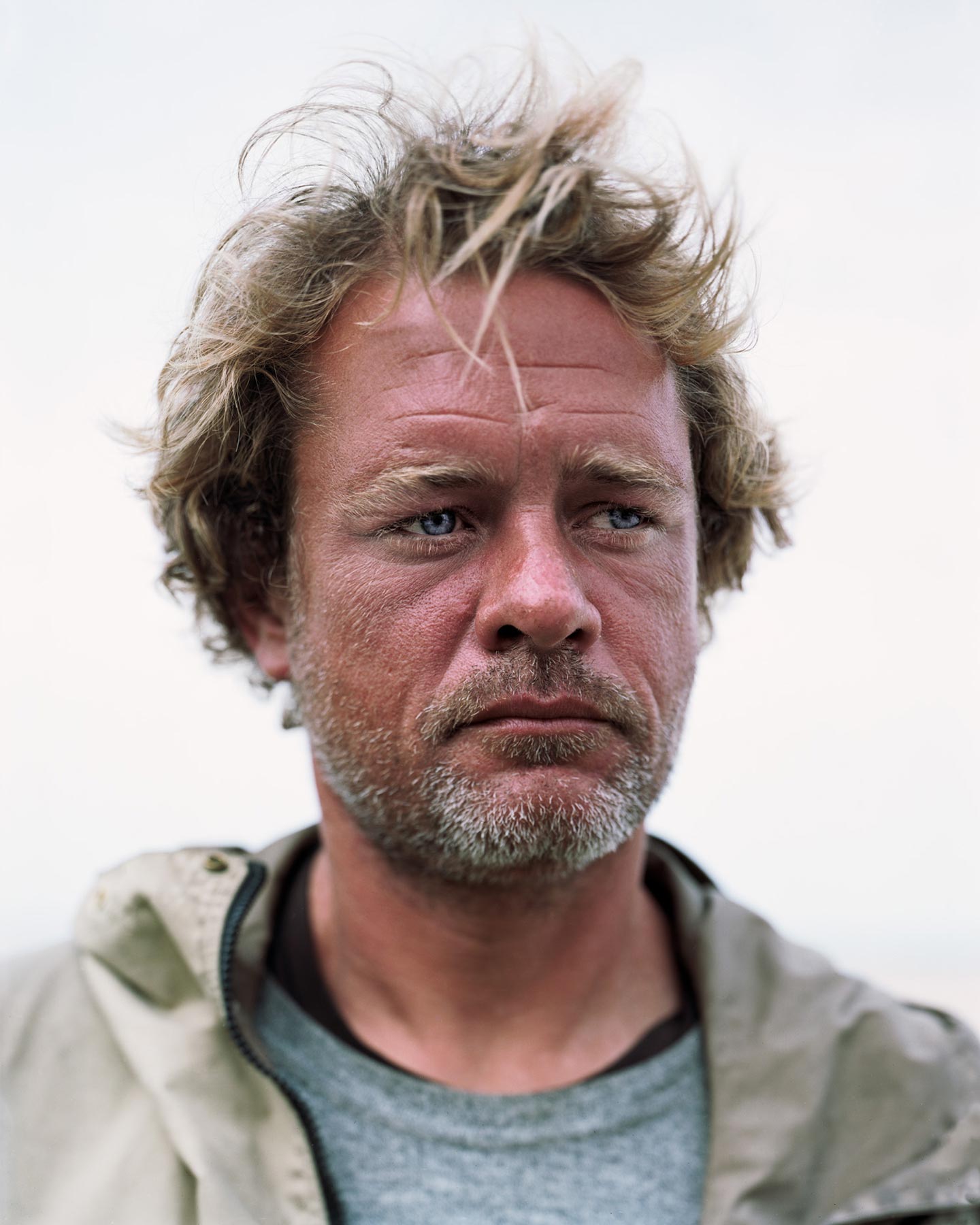 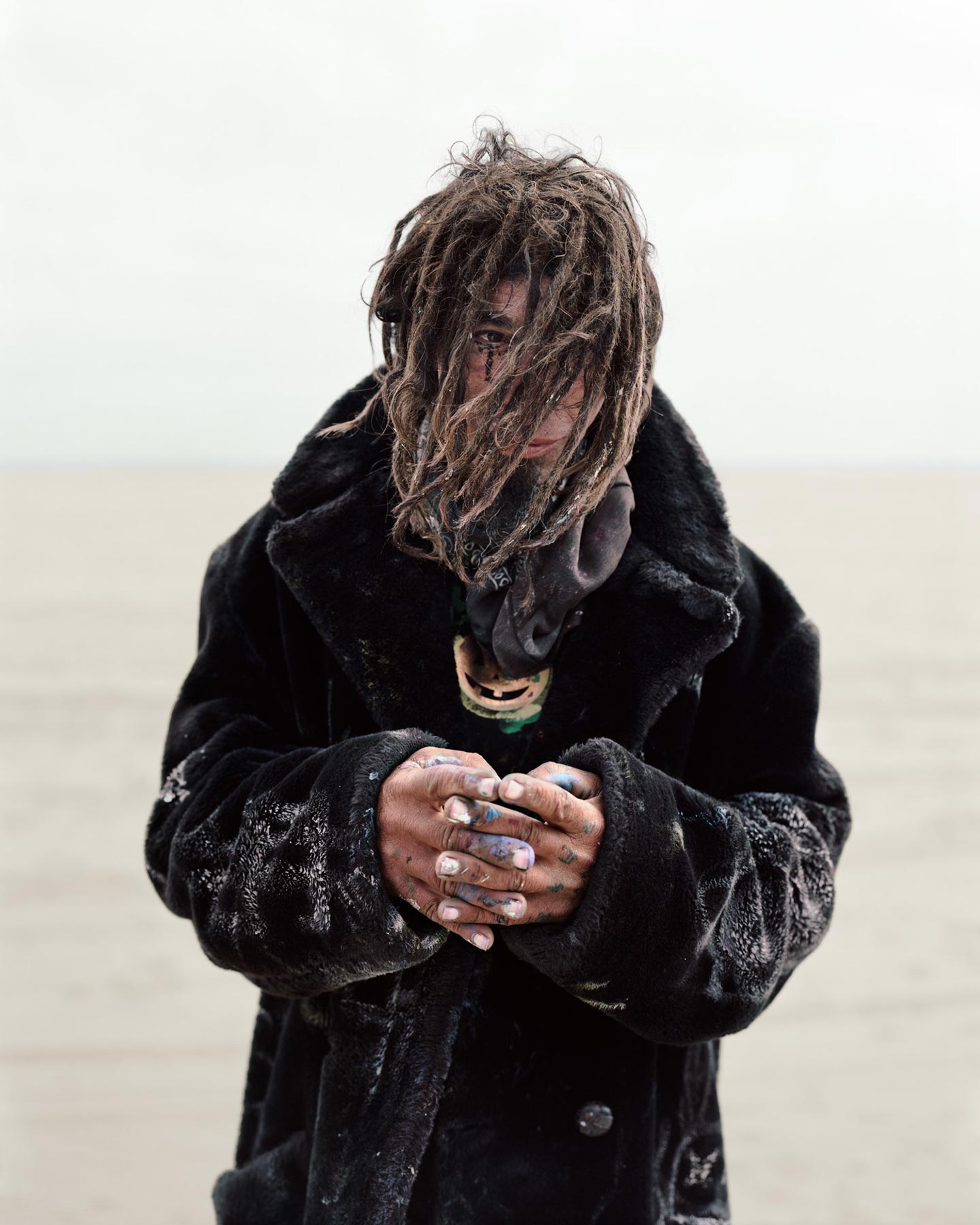 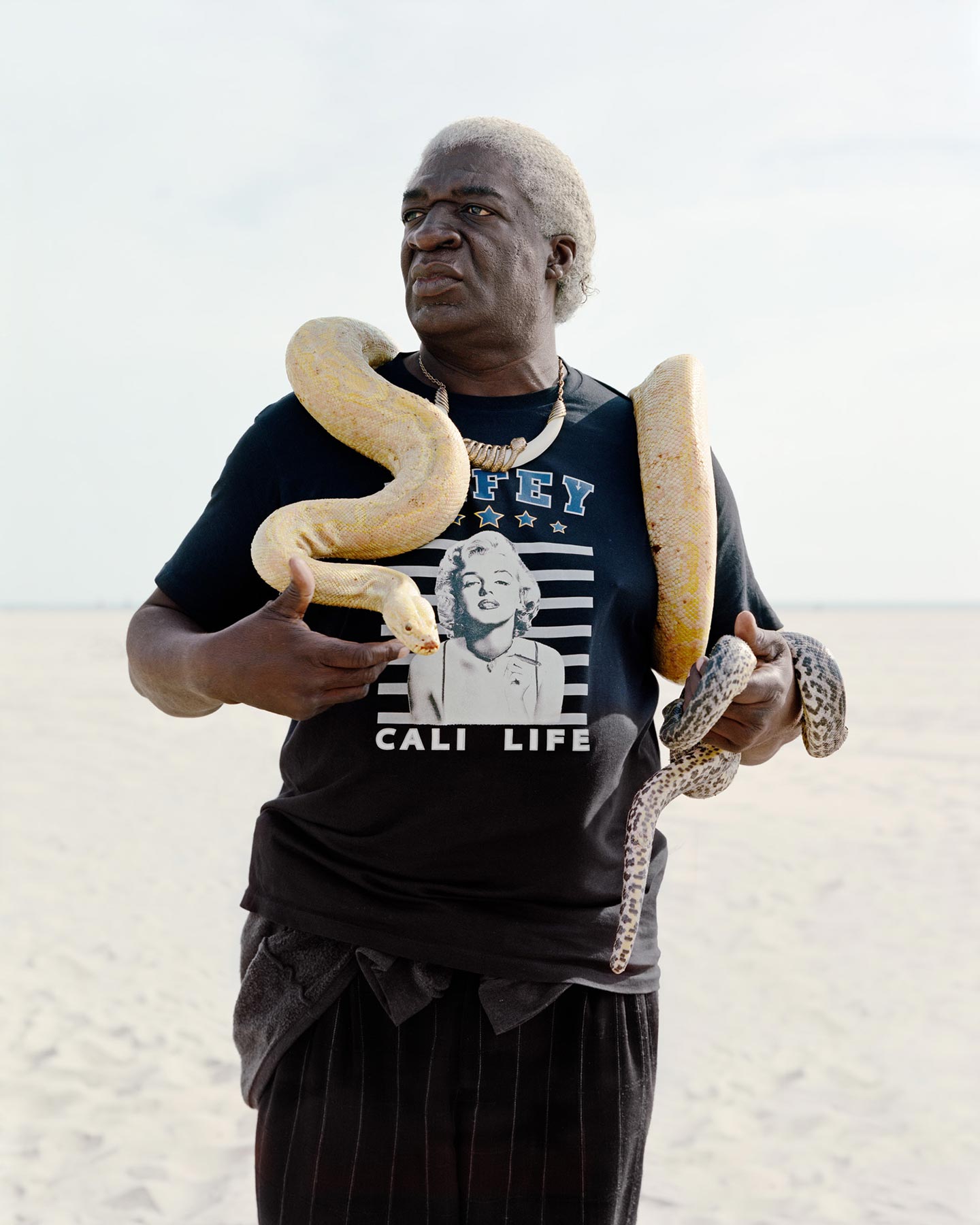 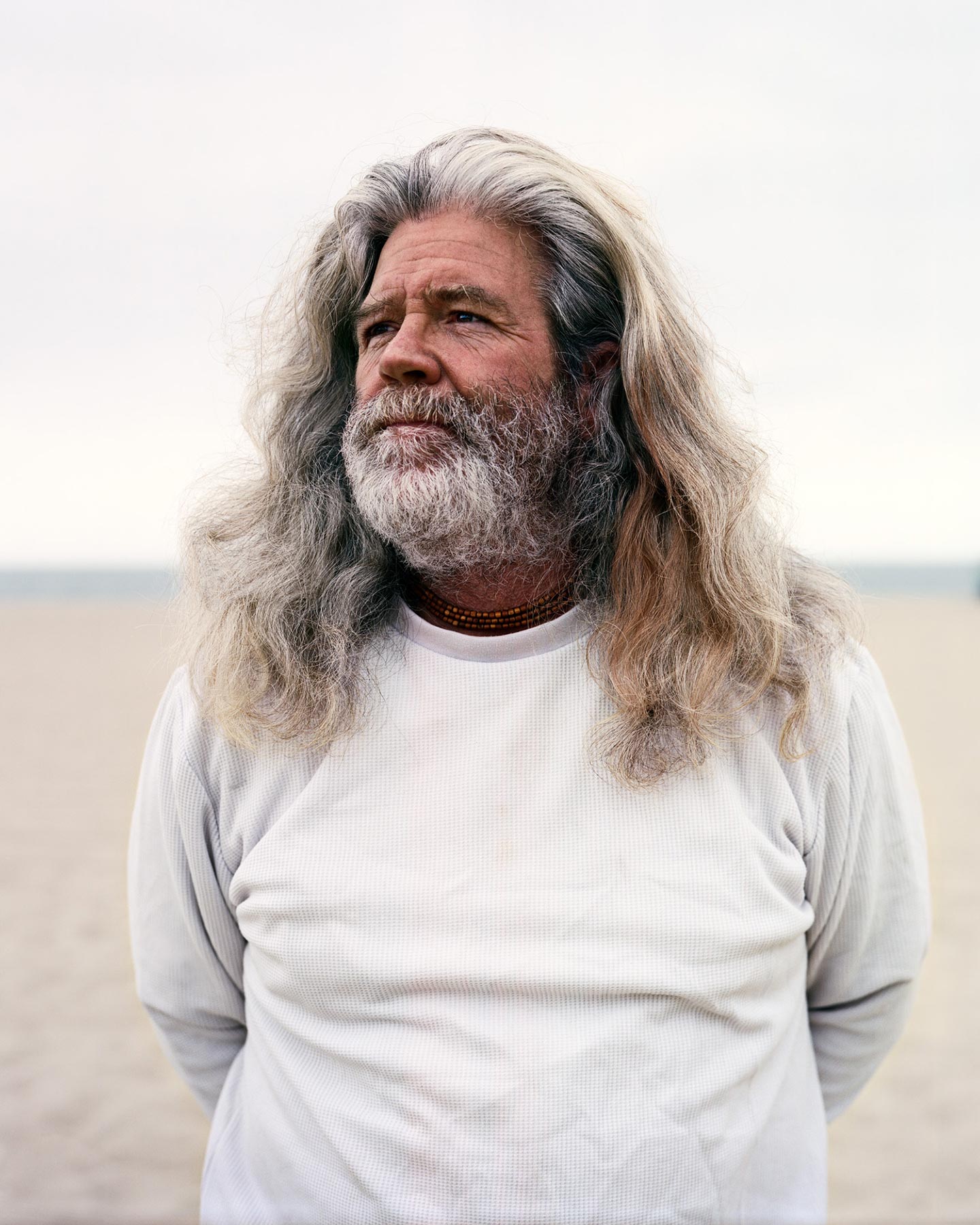 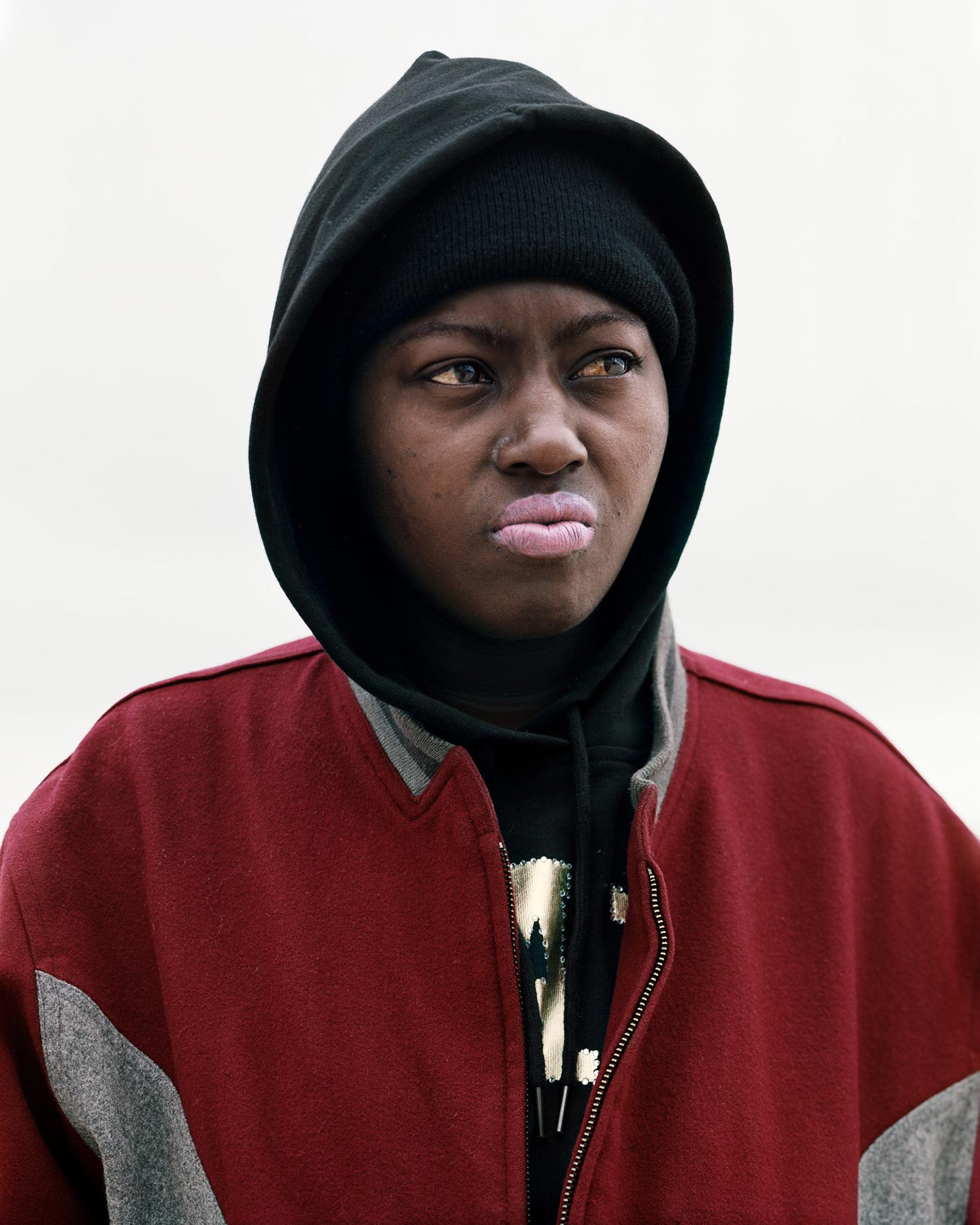 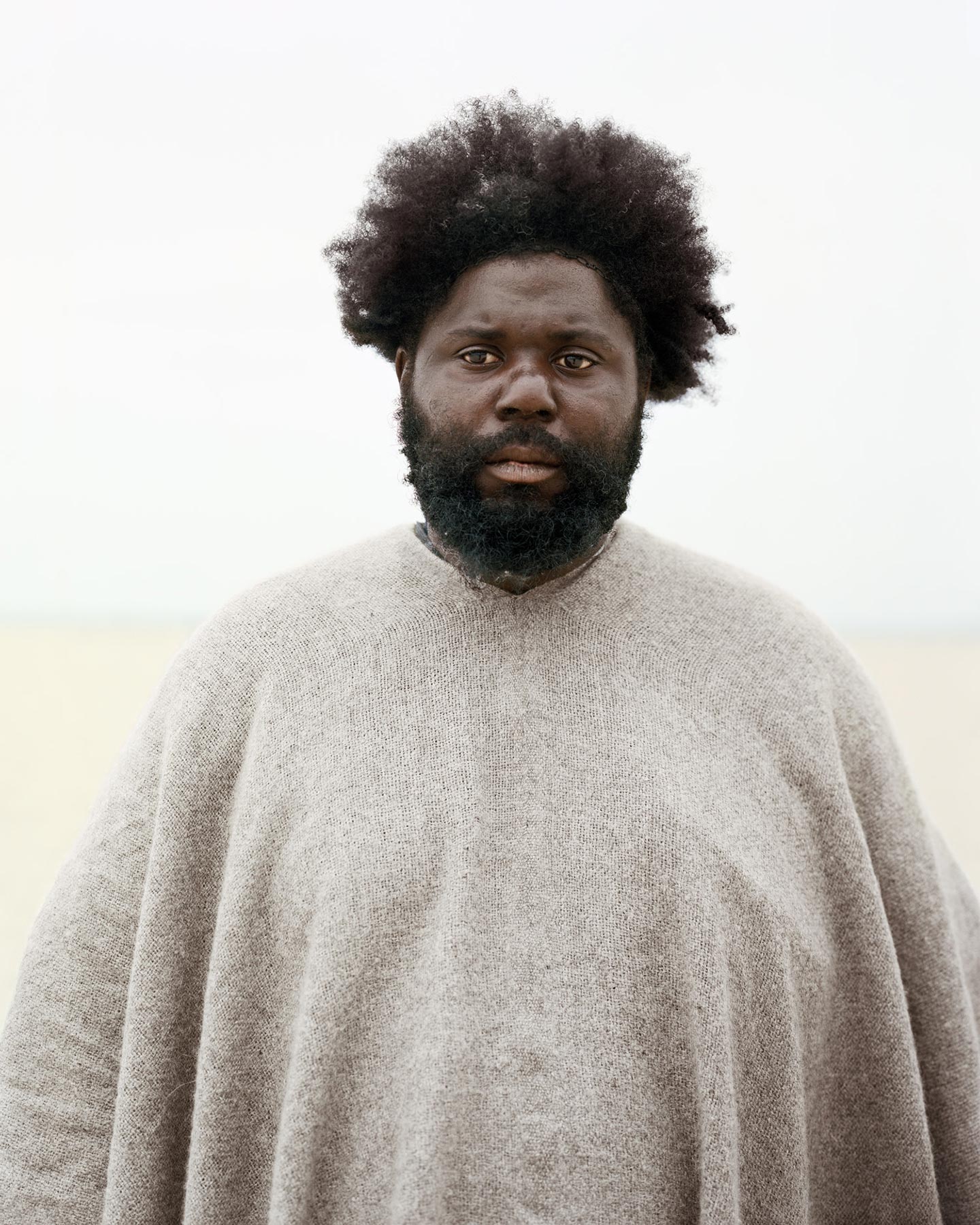 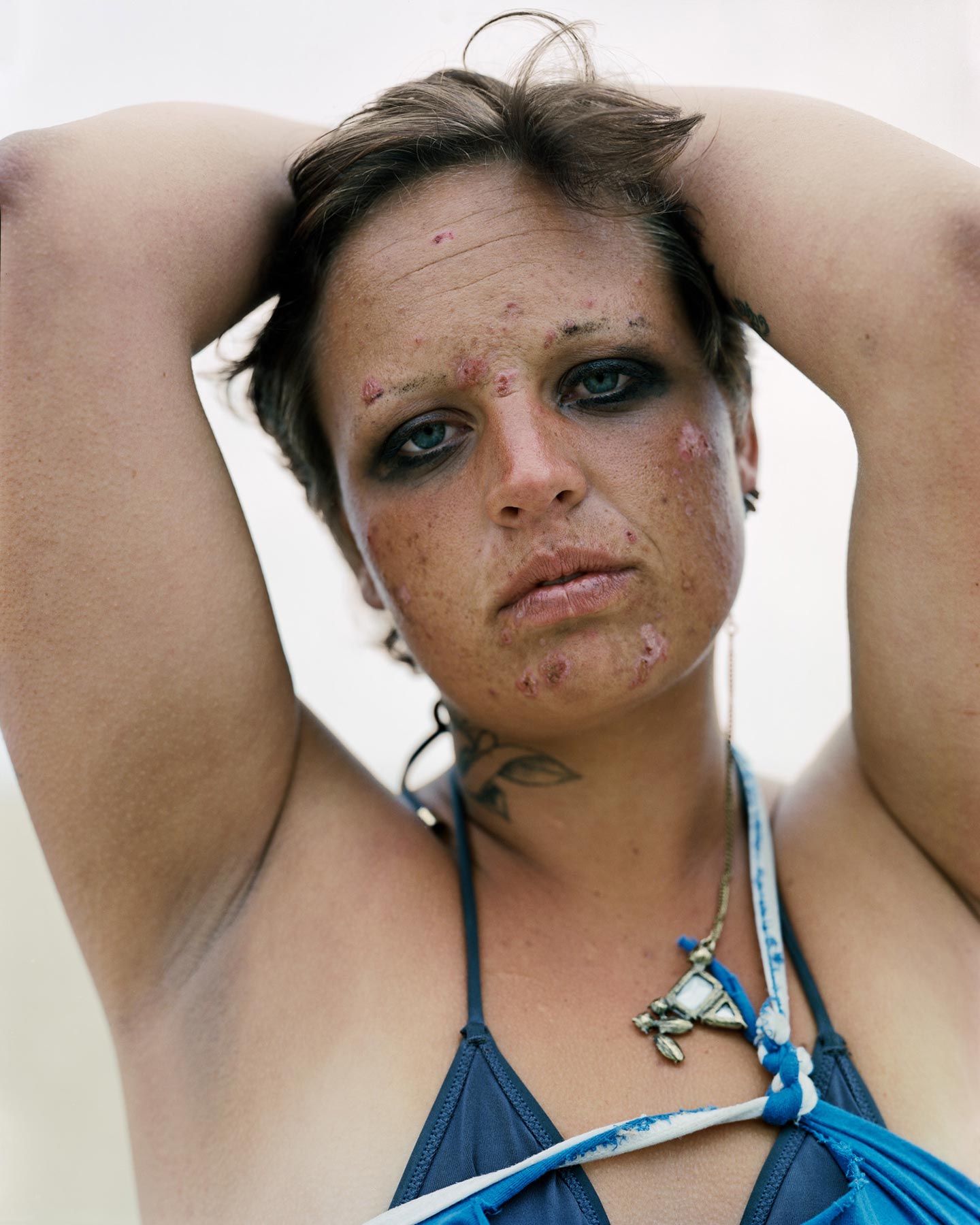 Edge Dwellers by 40 year-old American photographer Tracy Chandler is a series of portraits of people living along the California coast who, in Tracy’s own words, “live and work and breathe and die right on the edge. Literally along the edge: the edge of the country, the state, the city, and the land where the vastness of the sea takes over. They are figuratively on the edge as well—by choice or circumstance, they live outside of the norms of society. By bearing witness to these individuals, this project is an exercise in exploring the self through the other, and the ideas of seeing and being seen. When do we lean in and when do we look away? What does doing either say about us and our society? What happens when we slow down and take the time to truly be present with another?“

The series originated during a time when Tracy started taking walks along the coastline near her home in Los Angeles while recovering from a cycling accident. “I am not sure if it was due to traveling at a slower pace, or due to a new appreciation for life post-accident, but I felt very open and present with my surroundings. No longer lost in my own head or rushing to the next thing, I would stop and say hello to people I met along the way. This openness was contagious and carried over to the individuals in my community. We would talk about life and love and the earth and the universe. This creative energy turned into image-making. I would set up my camera and play. Over time, I noticed that the process of making the picture was the thing. The interaction was the reward itself. Through slowing down and seeing the other, I too felt seen.”

“I walk along the coast almost daily, but I tend to take along my camera on cloudy days. June gloom, they call it here, although it happens throughout the year. The marine layer sits along the coast giving everything a diffuse fuzziness. This weather gives me a backdrop to work within by helping to reduce the context. I can hint at this edge space without being explicit about place. As for the subjects, I work with people in my community. Some I have known for a while. Others I have just met. If the vibe is right, I just set up the camera and let the portrait happen. I shoot large format film which is a slow process and requires not only permission but collaboration. I am happy for that allowance of time. I wouldn’t say I am looking for anything in particular. It is about what they bring and what we make together. The more I look for something, the less I am present for what is actually happening right there in front of me. Agenda kills the flow.”

Tracy had several photographers in mind while working on Edge Dwellers: “This series is in a legacy of work that may seem pretty obvious: August Sander’s typologies, Richard Avedon’s white backgrounds, as well as similar subject matter as Katy Grannan and Gregory Halpern. But for me the strongest influence is Rineke Dijkstra’s beach portraits. I love the way she used the coastline as a threshold space to both infuse and reduce context, focusing our attention on the adolescent in all their awkward vulnerability and having us, the viewer, contend with our own identity and coming of age.”

When asked how she hopes viewers react to her portraits, Tracy answers that “more than hopeful, I am curious. Does the viewer slow down and take the time to really see? If so, how does it make them feel? Can they see themselves in the portrait of another?“

Her main interests as a photographer are “psychology, philosophy, and spirituality. I contemplate the notion that we come to know ourselves through reflection in the other; and that our concept of self, in turn, informs our view of the world. It is a feedback loop of sorts that can at times either open us up or narrow us down. I use portraiture as a way to engage with these ideas of reciprocal “knowing” and see how it plays out in real time.”

Tracy doesn’t have any formal art training: “I grew up on MTV and skateboard magazines. I had a rough time growing up with a significant amount of trauma in my household. I would get out of the chaotic deadness of my home-life by venturing out into the desert. I would ride my bike or skateboard for miles and find solace as well as companionship along these edges. There were others seeking the same balance of space and belonging. The practice of physically using my body to travel, a deep appreciation for nature, and solace among other misfits greatly affected my creative practice and how I would engage with the world.” Some of her favorite contemporary photographers are Andrea Modica, Judith Joy Ross, Doug DuBois, Catherine Opie, John Divola and Ed Templeton. The last photobook she bought was Waffenruhe by Michael Schmidt, and the next she’d like to buy is Rasen Kaigan by Lieko Shiga.

Tracy’s three words for photography are:
Seen. Be. Seen.