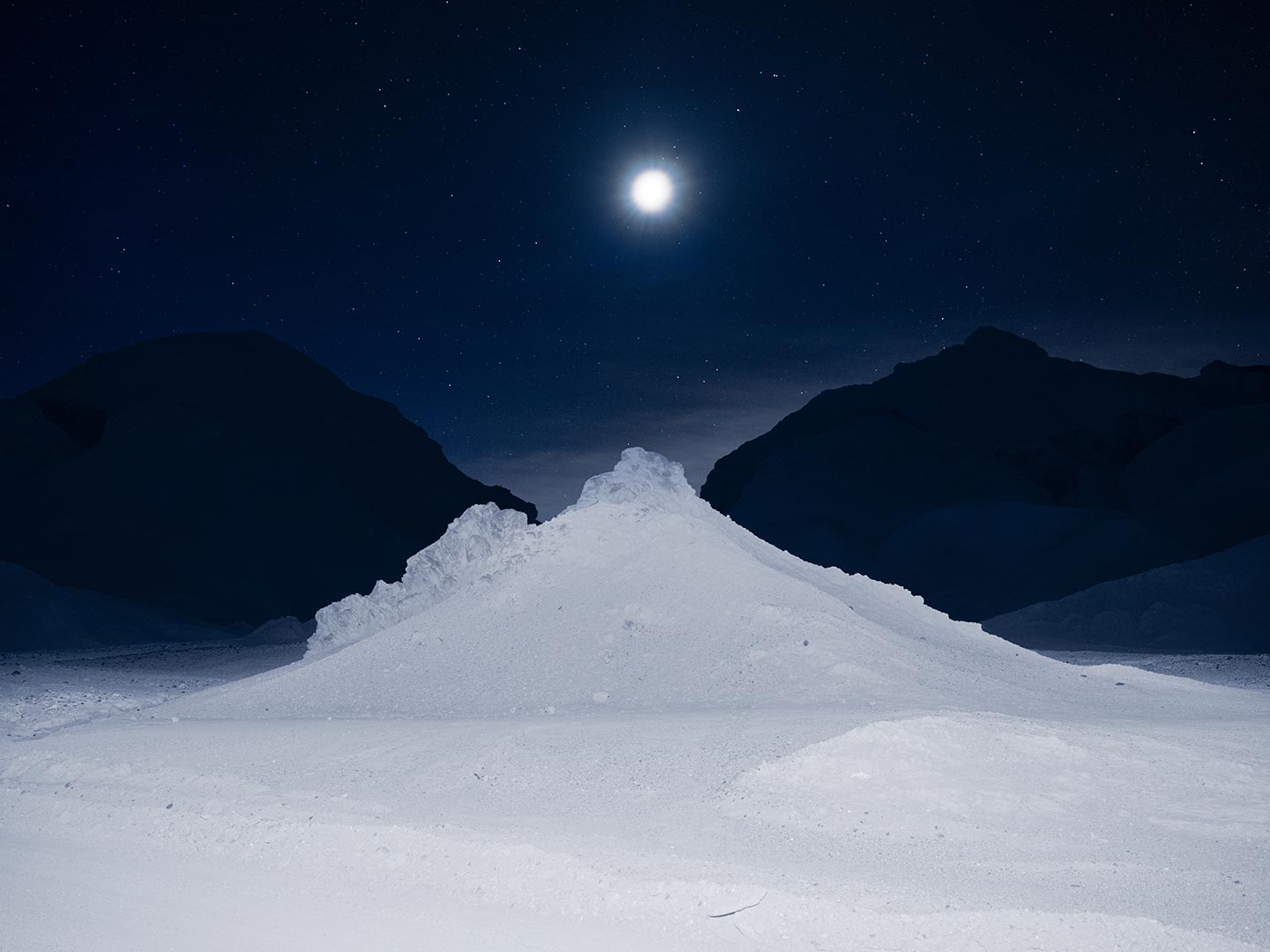 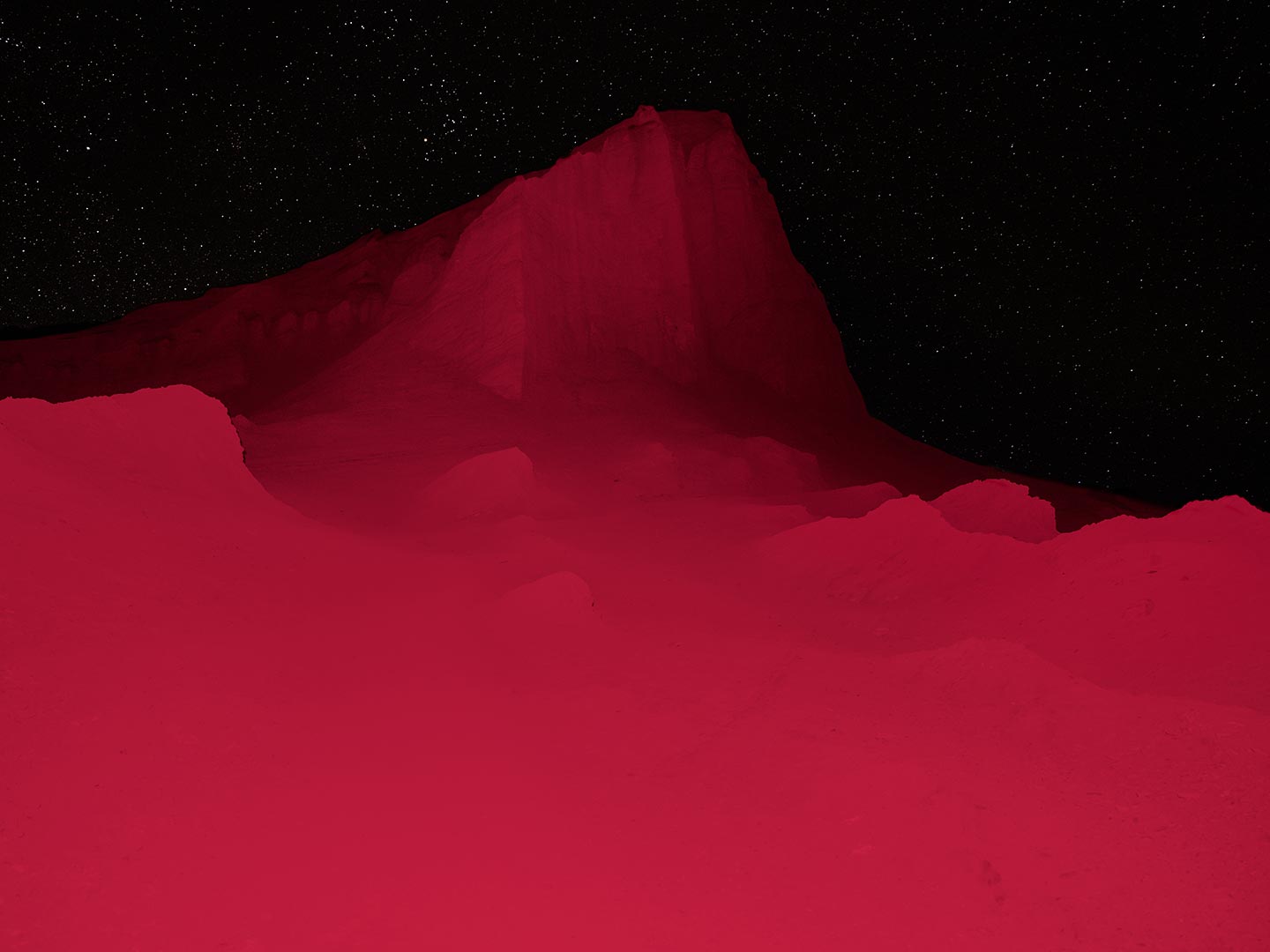 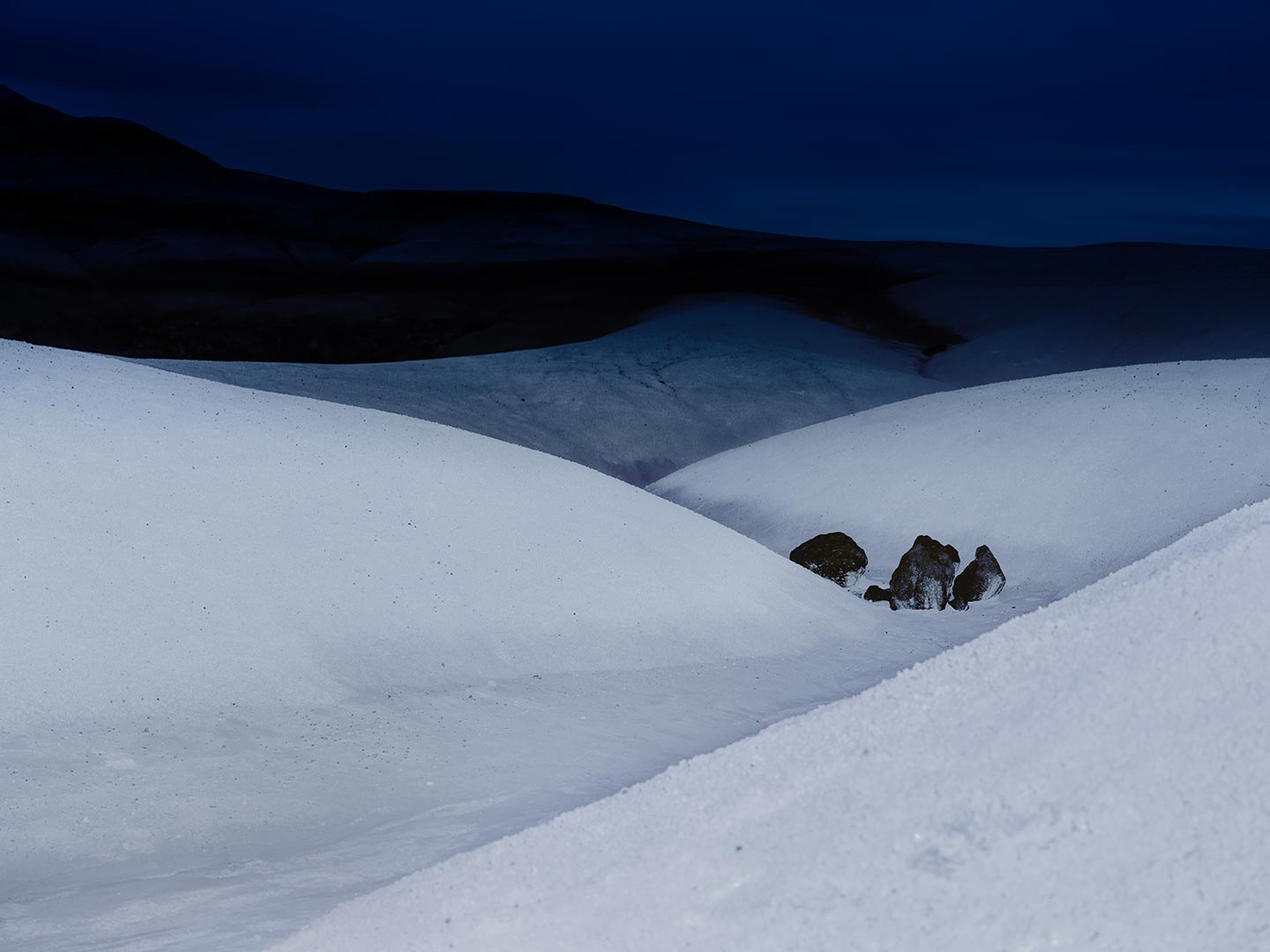 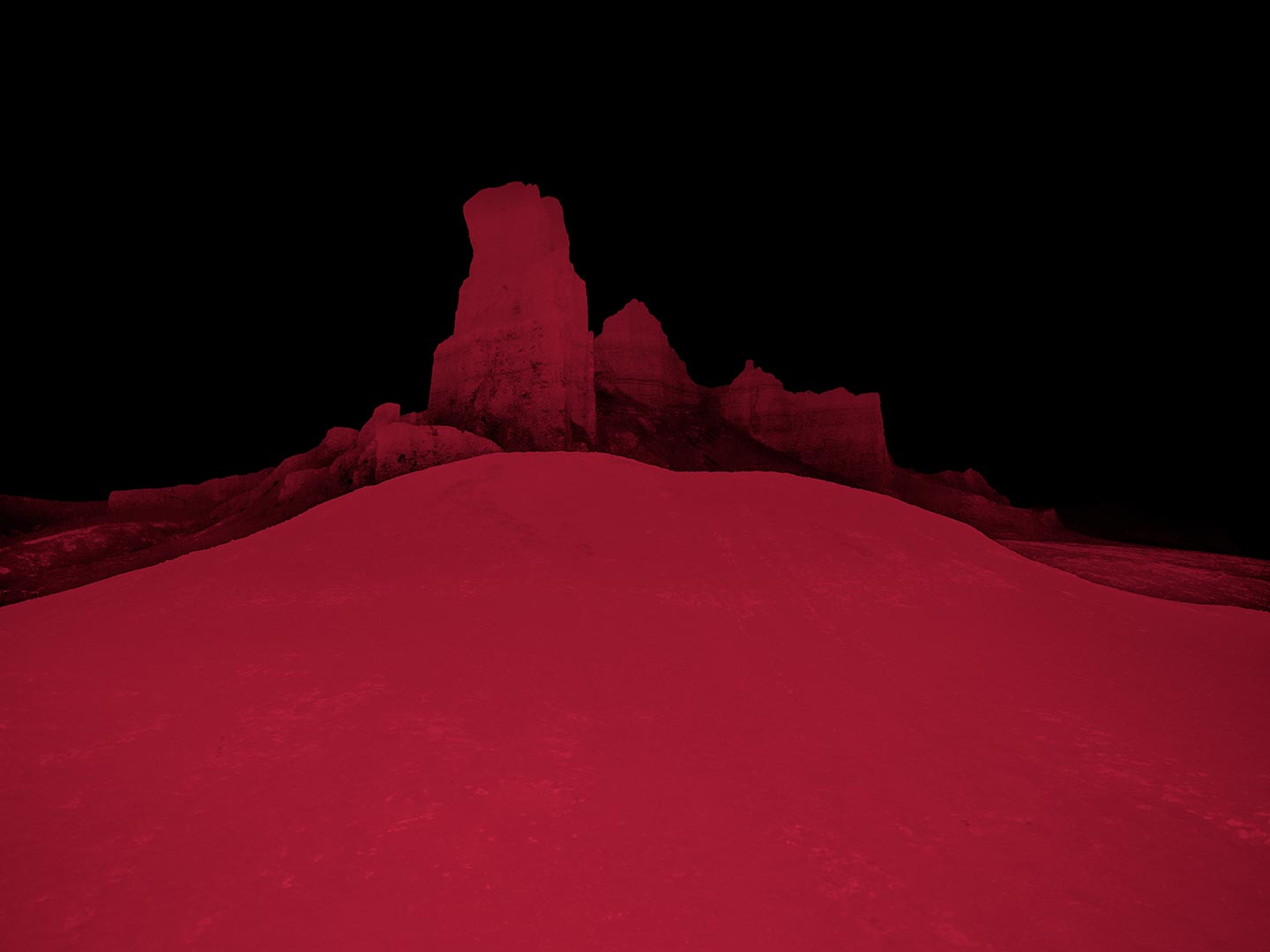 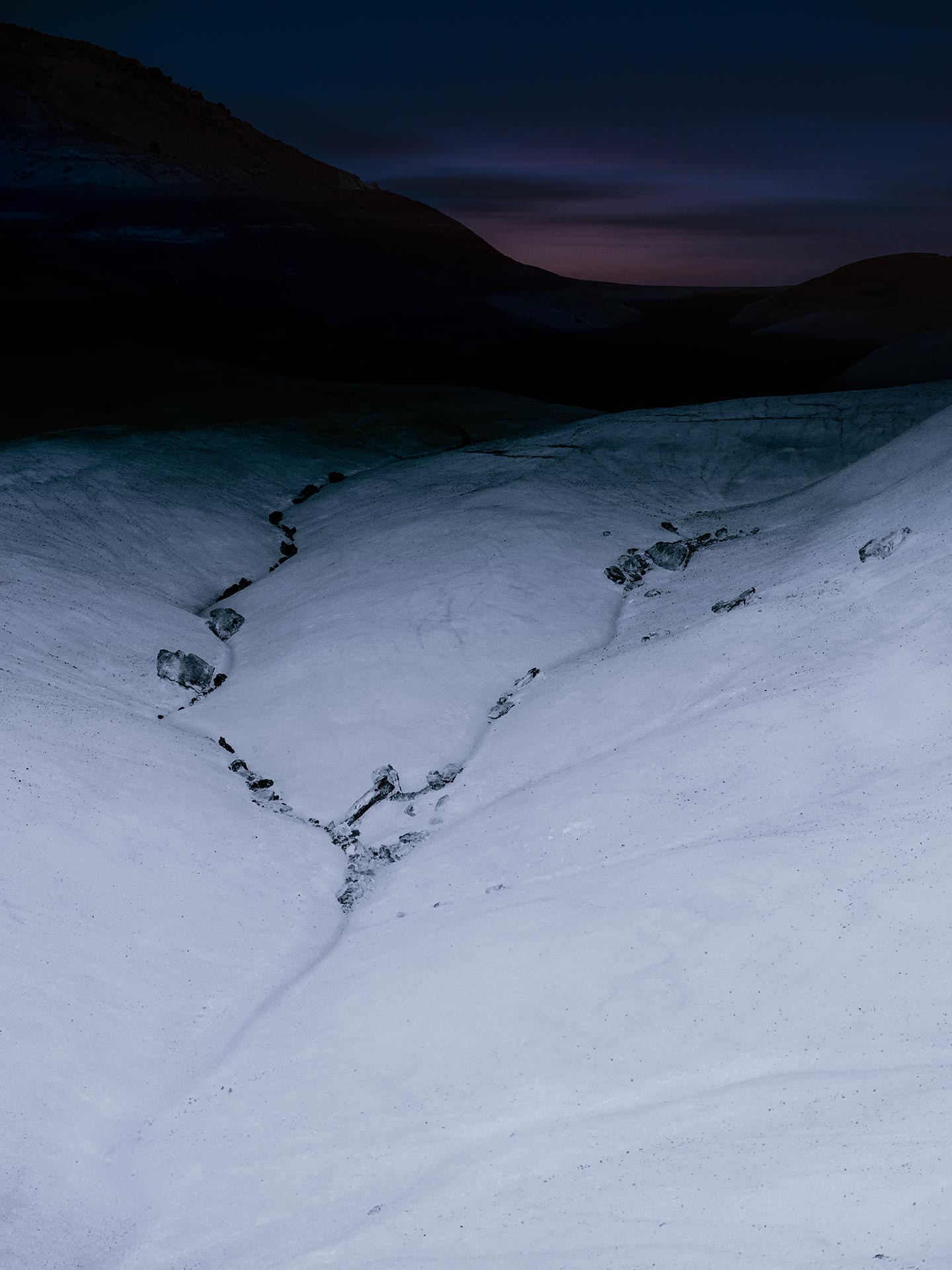 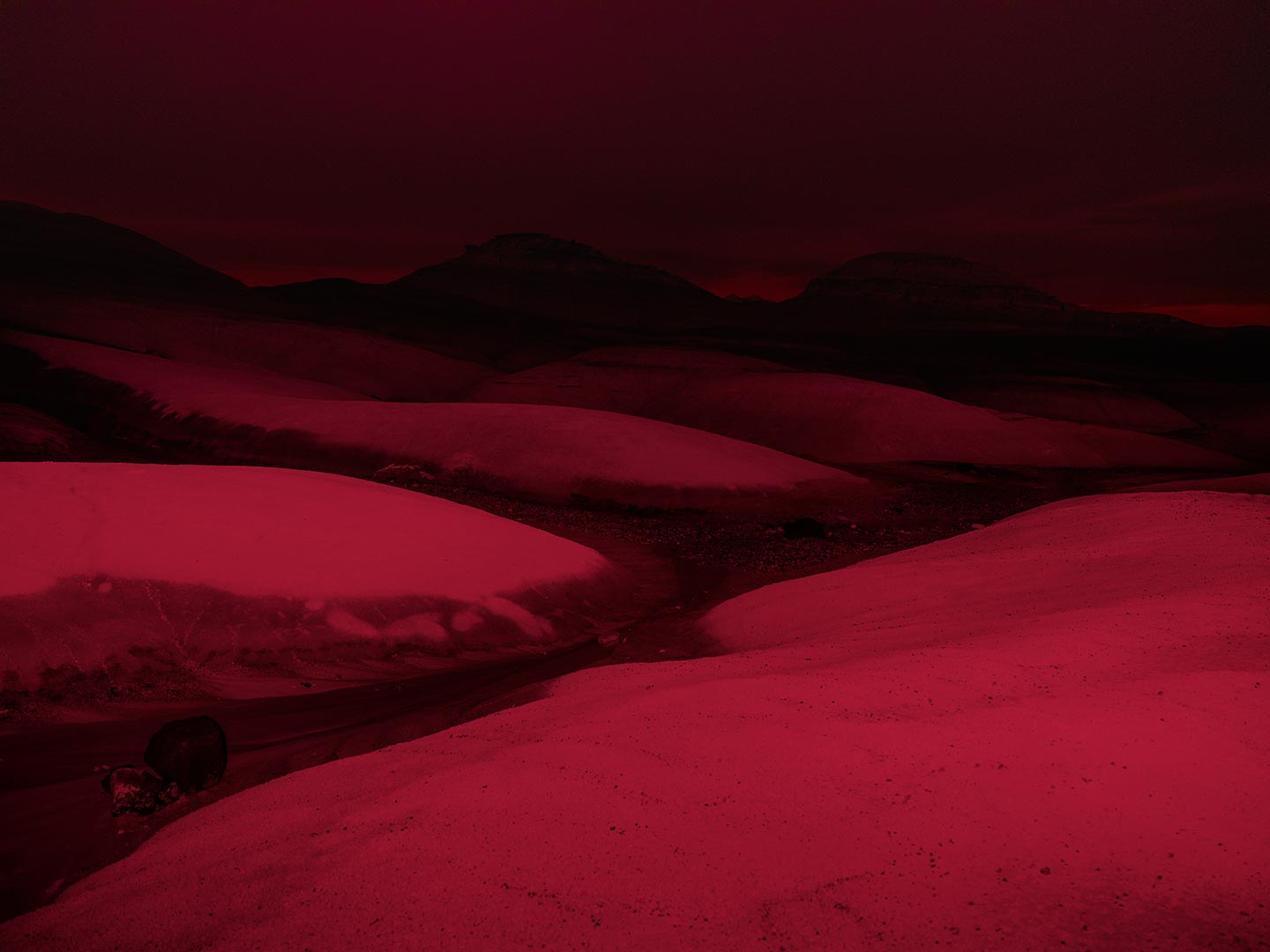 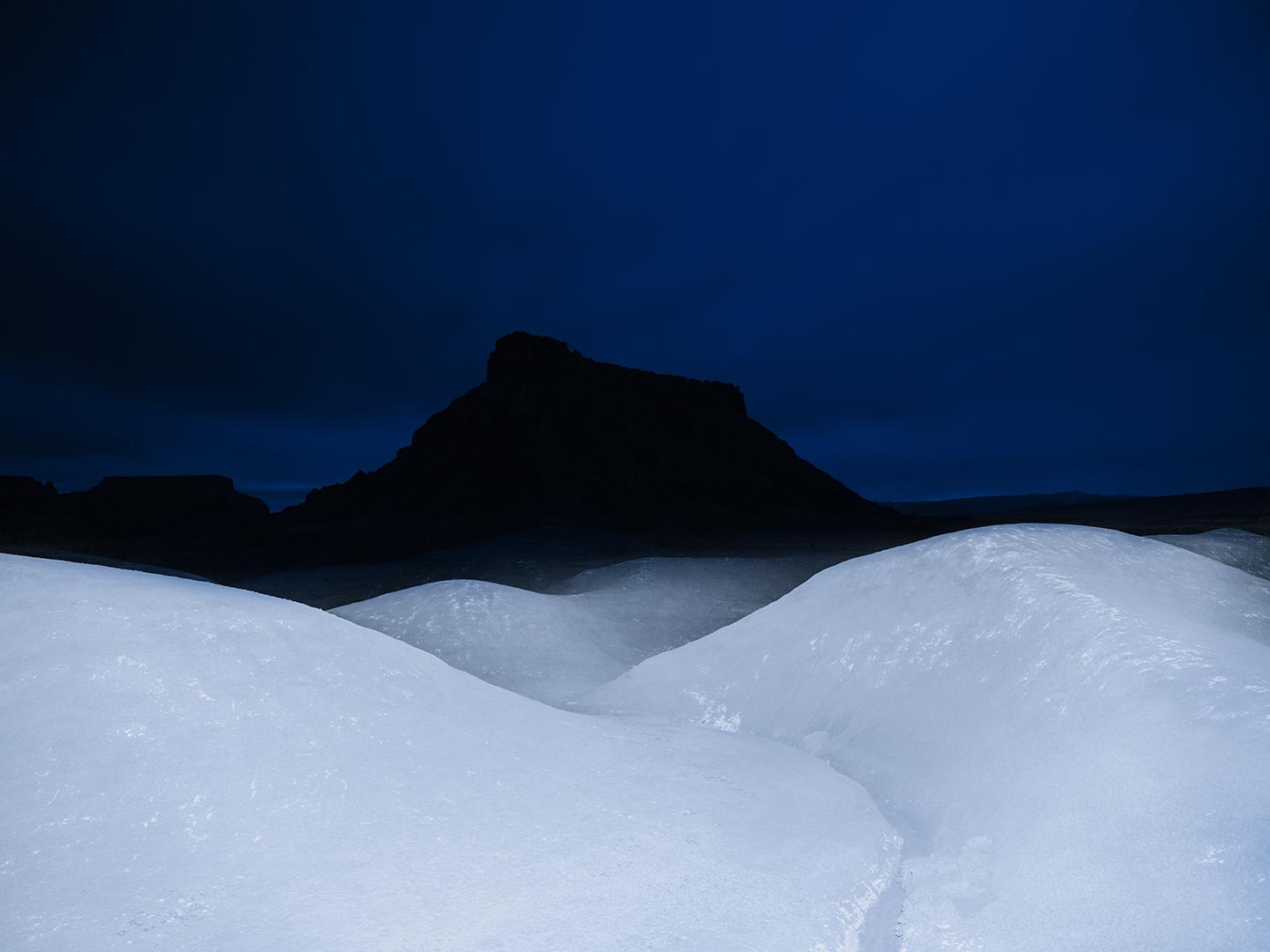 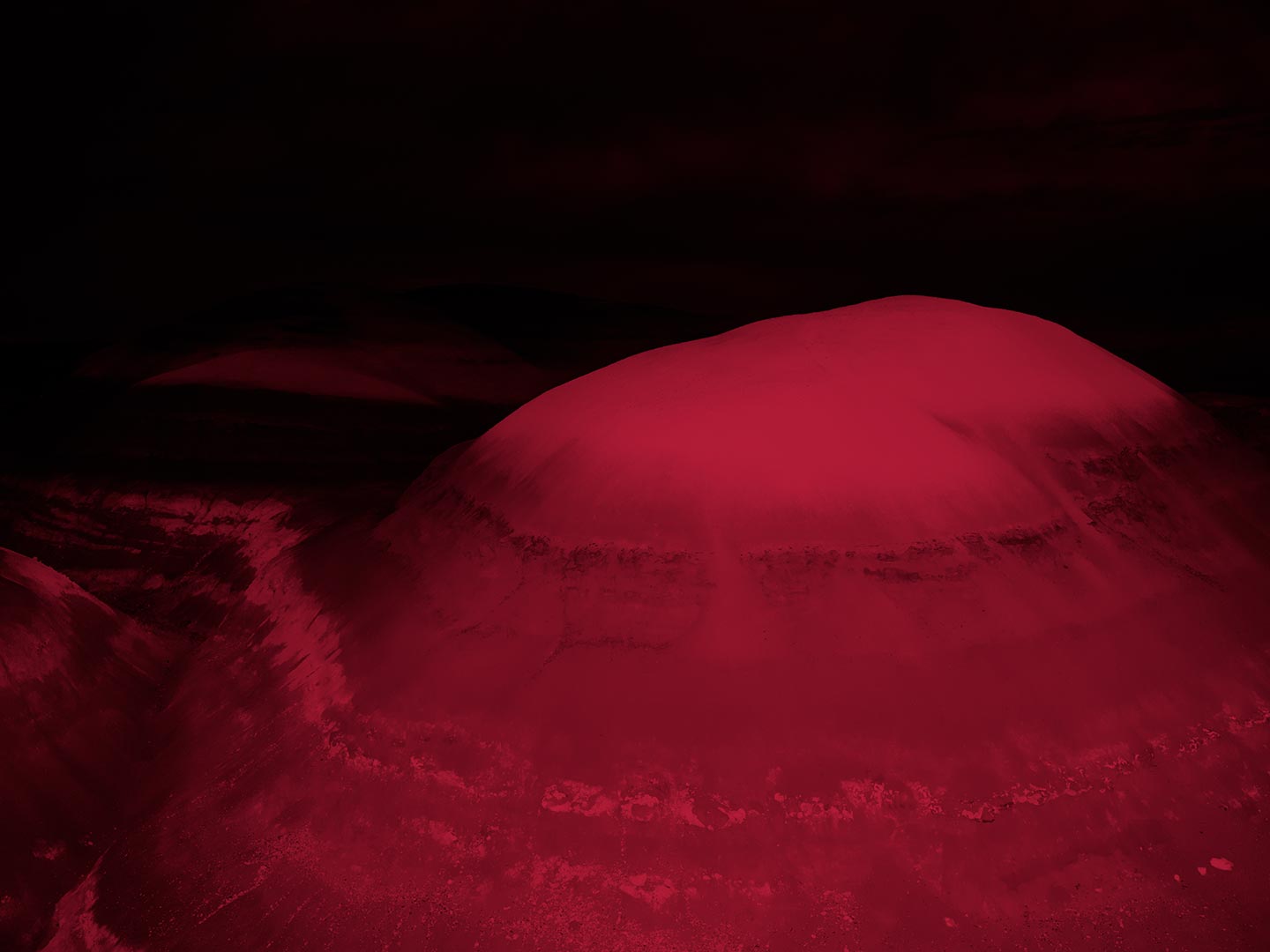 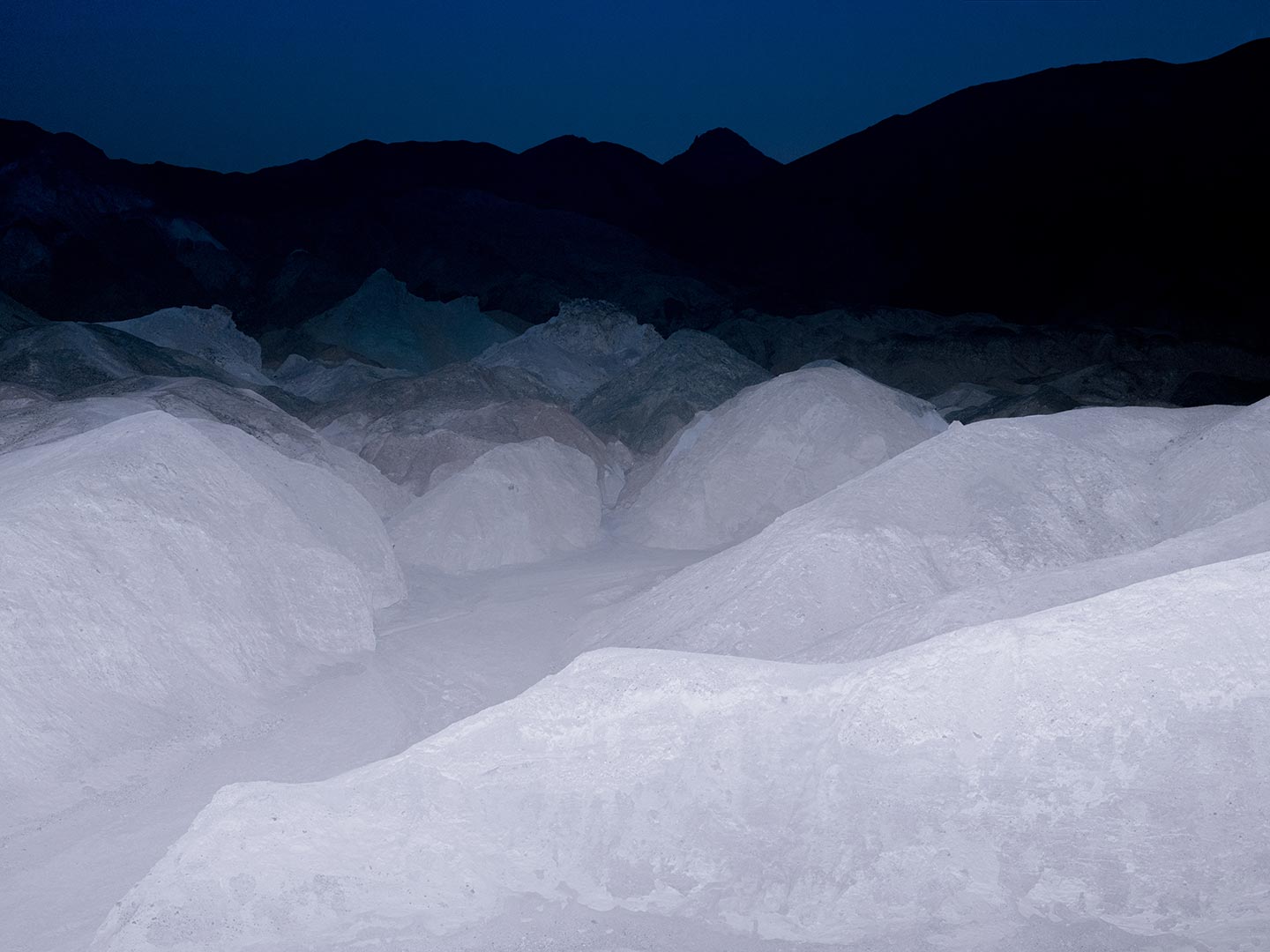 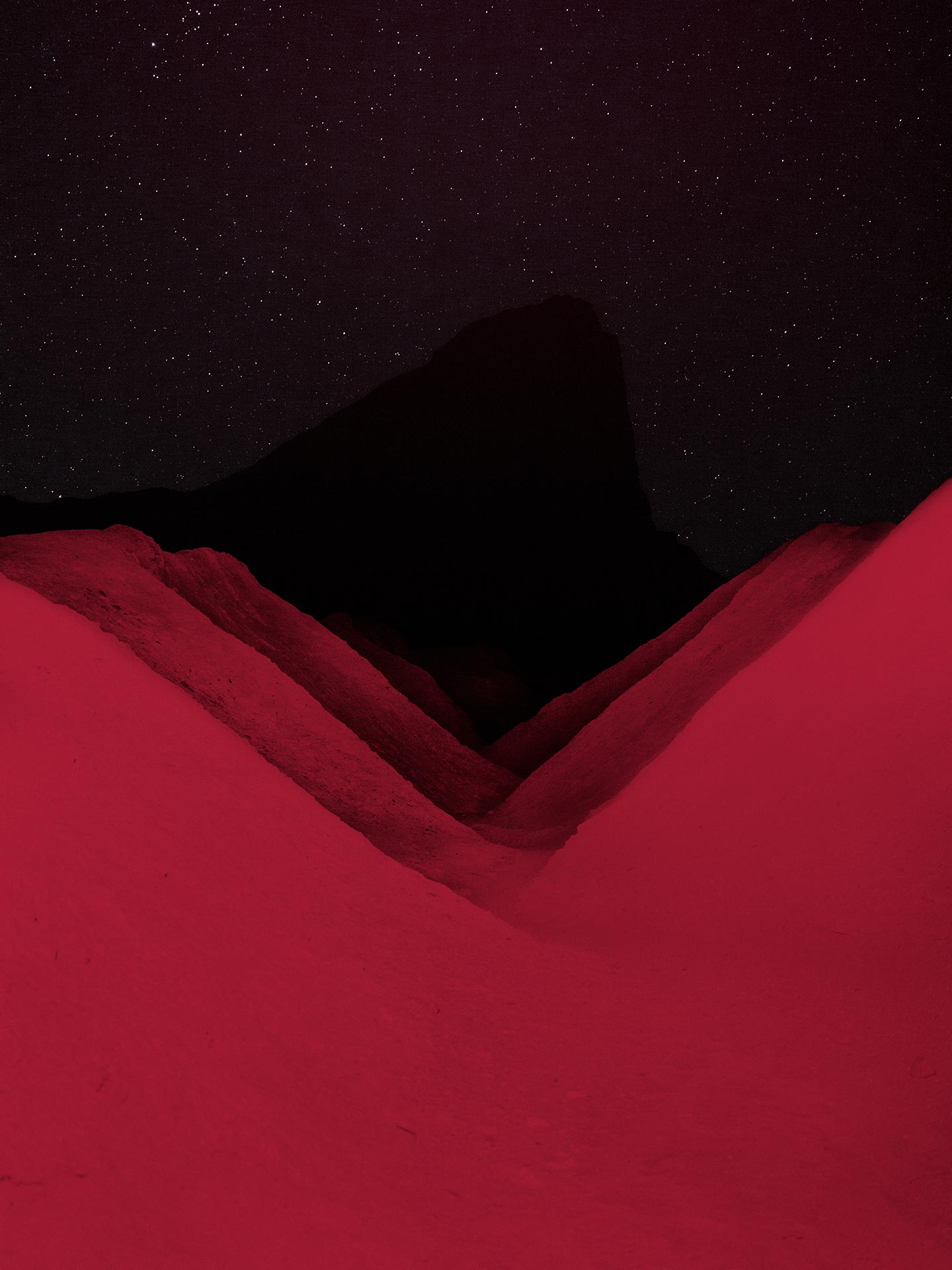 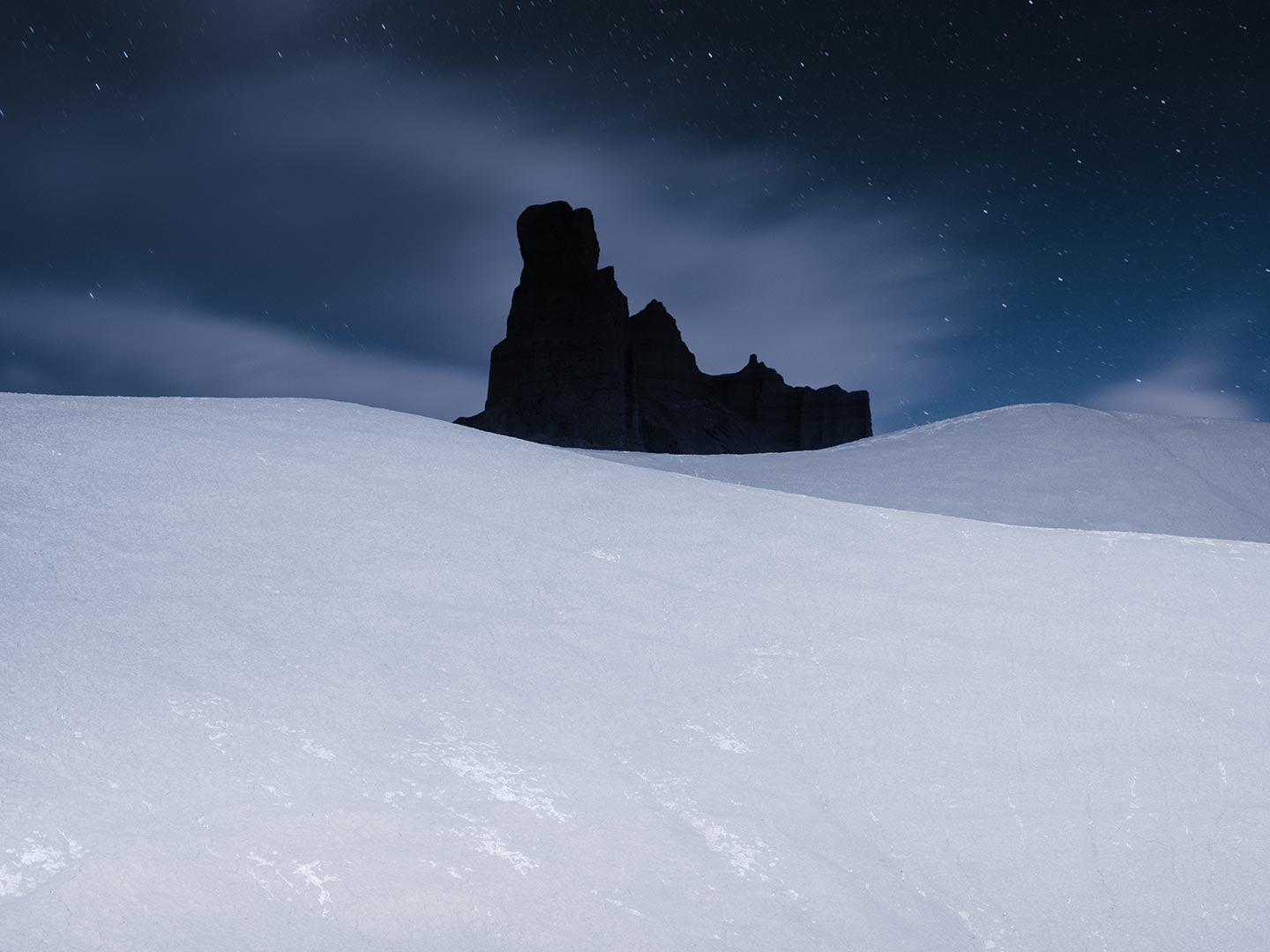 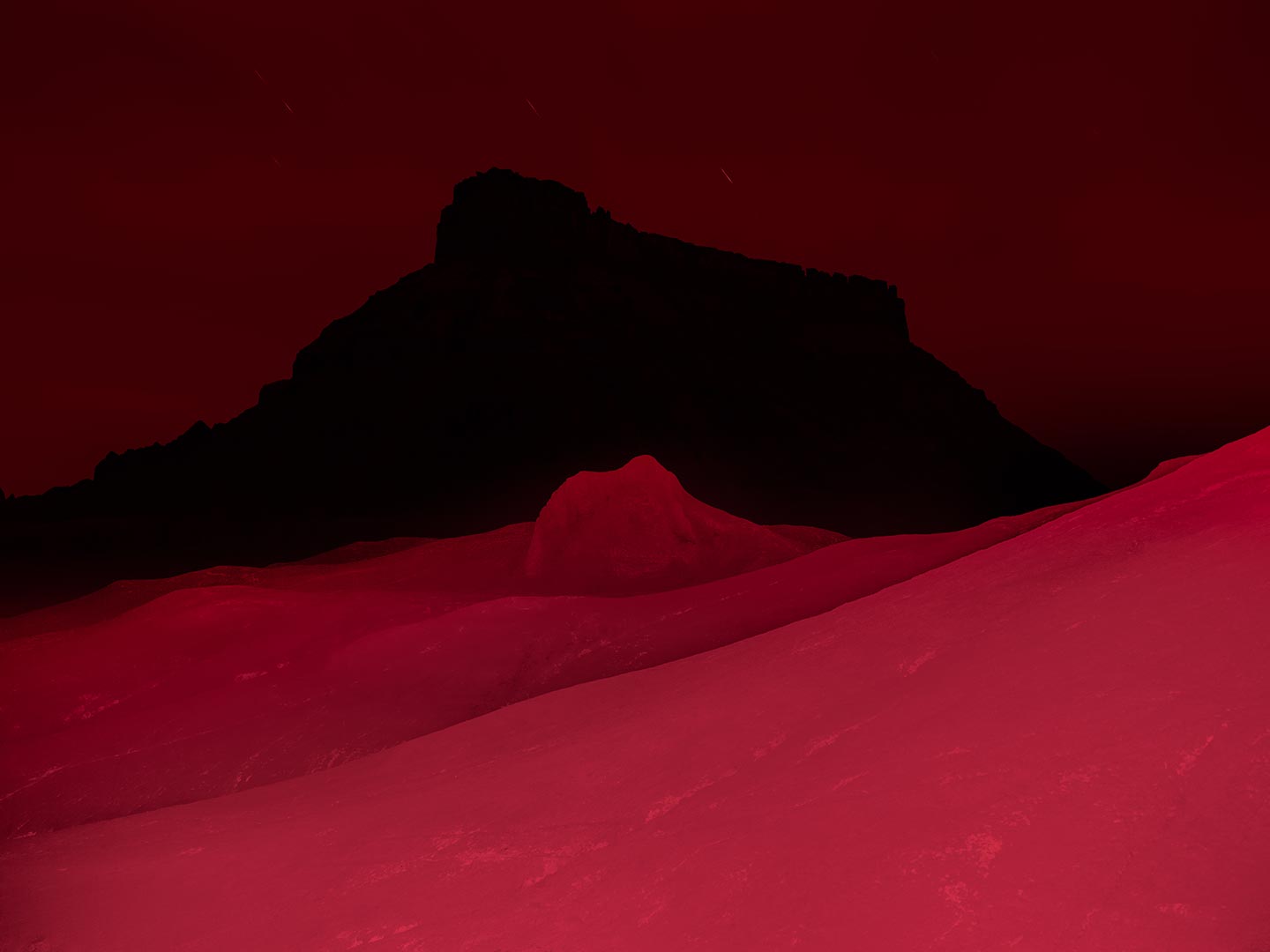 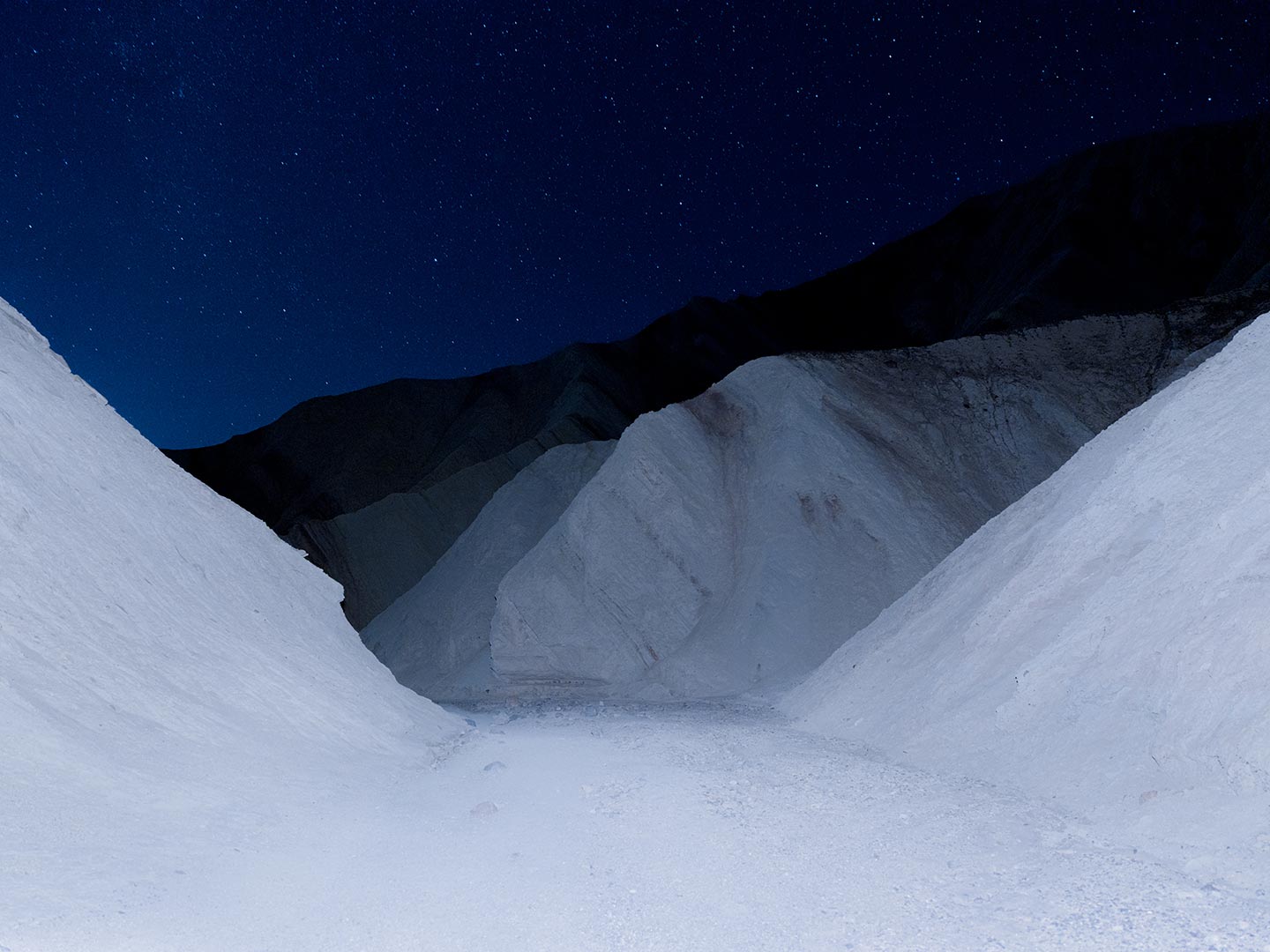 Dark Side by 35 year-old American photographer Cody Cobb is a landscape photography series Cody shot while exploring the badlands of California and Utah during the middle of the night, only guided by the light of a headlamp. “My photography of the land is a way for me to observe and capture both external and internal experiences” Cody says about his practice. “This specific series has been directly inspired by attempts to observe and understand my ongoing experiences with major depression. These trips into the wilderness have always been a means to escape, rather than confront the mental illness that has shaped so much of my life and practice as an artist. It’s a confusing disease that changes shape constantly, revealing itself only in silhouette and remaining just outside of comprehension.”

Cody had the idea to create Dark Side during a depressive episode he experienced while on a solitary road trip through California. “I’ve struggled with clinical depression since I was a teenager and have had to learn different ways of managing it over the years. One tool has frequently been going outside, moving around in the sun and shooting photos. During the winter that I shot Dark Side, that tool became ineffective. So many sleepless, cold nights in the back of my car while isolated seemed to trigger an episode. It was so frustrating to experience this while in a place that was supposed to provide me with some sort of clarity and relief. Not being able to sleep led me into a few strange weeks of wandering the badlands of California and Utah in the middle of the night, with no map and no direction. While that sounds irresponsible, it was a relatively safe place to allow myself to get lost. The softly eroded valleys feel like a maze when you’re down in them, but you can easily hike up to the top of the ridges and immediately orient yourself. Falling for the illusion of being lost and vulnerable became part of my process and I just walked around for hours until I came across compositions that stopped me.”

When shooting the images, Cody used artificial lighting as “an experiment to capture the effect of confronting these landforms with a light projecting forward, just as I was experiencing it. To further disorient the viewer, I also wanted to experiment with the visual of red and blue light. In astronomy, the relative motion of distant celestial objects can be determined by the electromagnetic shift towards blue or red as the object moves towards or away from the observer. By bathing these places in red or blue light, I wanted to invoke a similar push and pull with the viewer.”

The images were made with a Fujifilm GFX50S mounted on a tripod lit by a rotating assortment of LEDs and an underpowered flash using different colored gels. “Long exposures of the land were combined with shorter exposures of the stars to eliminate any trails and help give a sense of perfect stillness. While searching and observing in the dead of night against a sky filled with stars, I was finding that the silhouettes of landforms were becoming very pronounced. By lighting the foreground and having the light source fade away, the secondary character of those distant, silhouetted giants emerged from the background.”

One major reference Cody had in mind for Dark Side were computer generated Z-depth maps. “I was finding that while wandering around these valleys with repeating layers of sediment with a headlamp projecting forward, the falloff of light and lack of shadows created this bizarre image that I had only experienced when creating scenes in 3D software. I was also inspired by the images beamed back by China’s Chang’e 4 moon lander currently exploring the Von Kármán crater on the far side of the moon. Those images revealed something so distant and remote—the type of location I can only dream of exploring.”

Cody hopes that “the experience of looking at Dark Side can be as disorienting and disarming for viewers as it was for me being in these dark places. I’m not sure it’s best experienced on a tiny screen, so I’d love to exhibit these in their full size if given the opportunity. Speaking publicly about my struggle with mental illness through this work has also become very important for me. The cruelty of depression is that it can convince you that you are so alone in that experience; reminders that other people are going through something similar can really motivate people to get the help they need or begin to open up some sort of dialog about it. The openness about difficult experiences seems to be dissolving the stigma of speaking about mental illness, thankfully.”

Unexpectedly, Cody is generally inspired by portraiture “more than anything. I want to be able to capture the land in a way that feels as if it’s staring back, something my favorite photographers do so well with human subjects. For me, being able to capture feeling in a subject that is incapable of expressing itself has been incredibly challenging, so I continue to turn to portrait photography for inspiration.” Some of his favorite contemporary photographers are Cheyna Carr, Brendan George Ko, Johnnie Chatman and Luke Evans. The last photobook he bought was Shaped by the West by Dino Kuznik, and the next he’d like to buy is Errors of Possession by Garrett Grove.