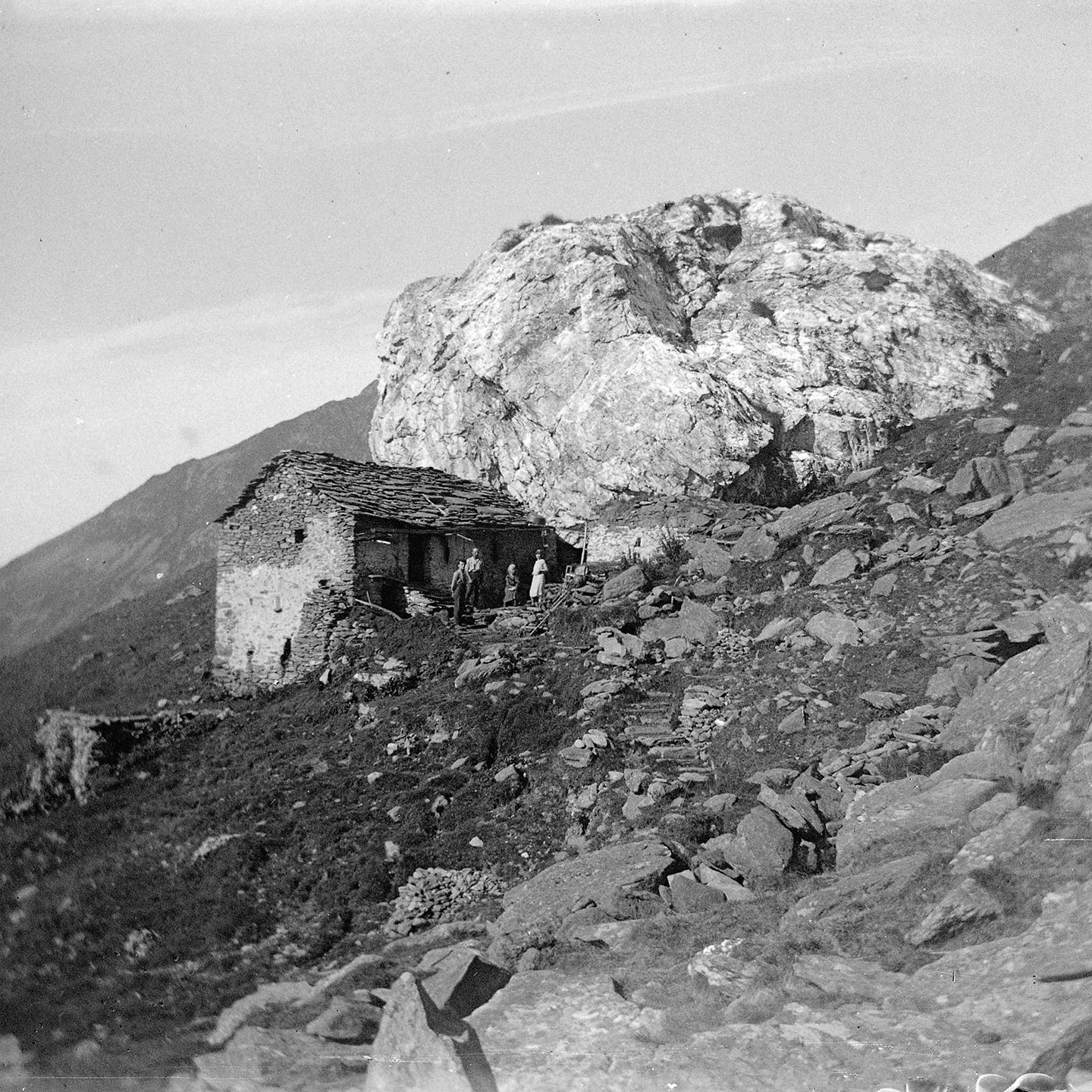 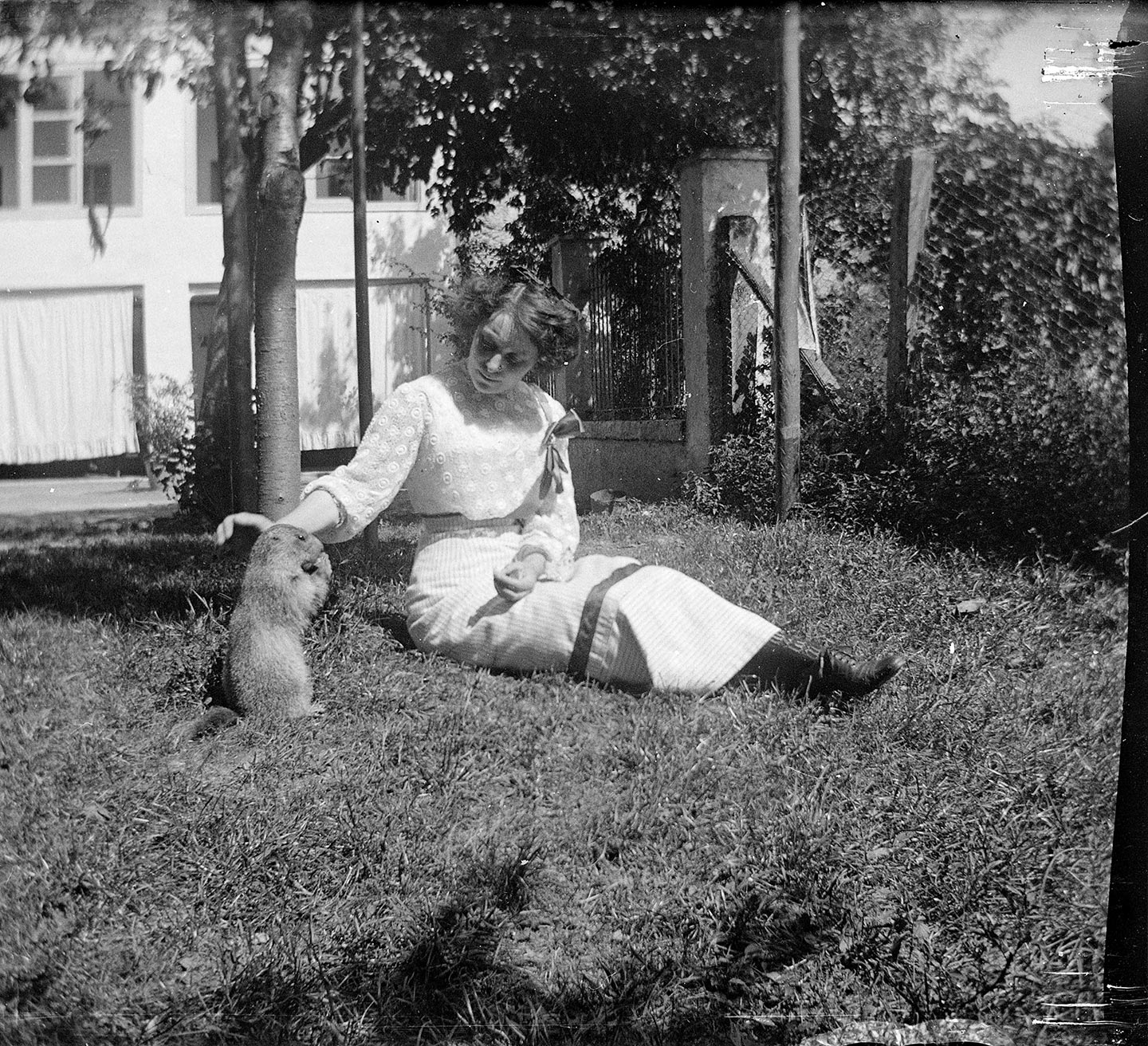 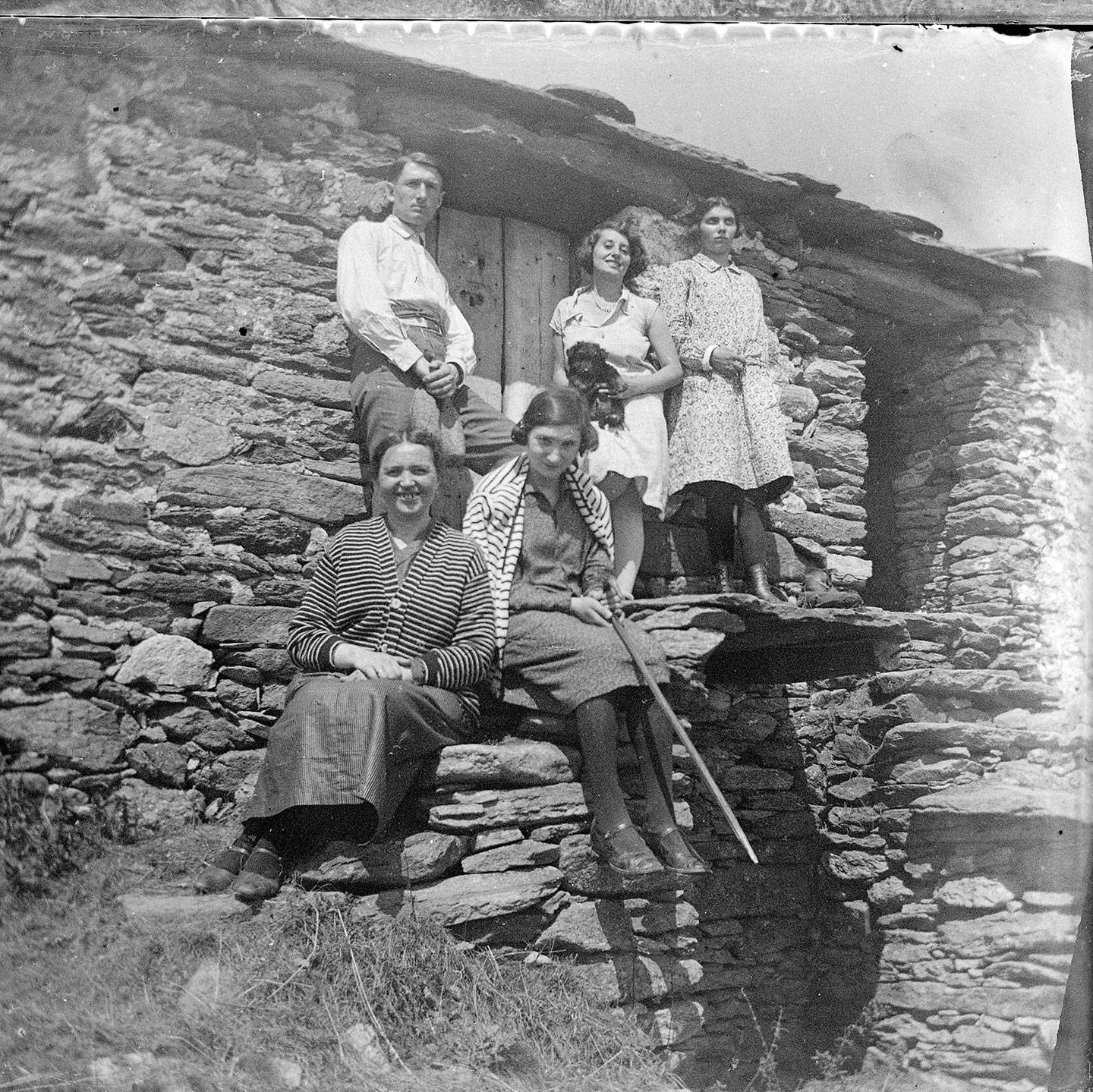 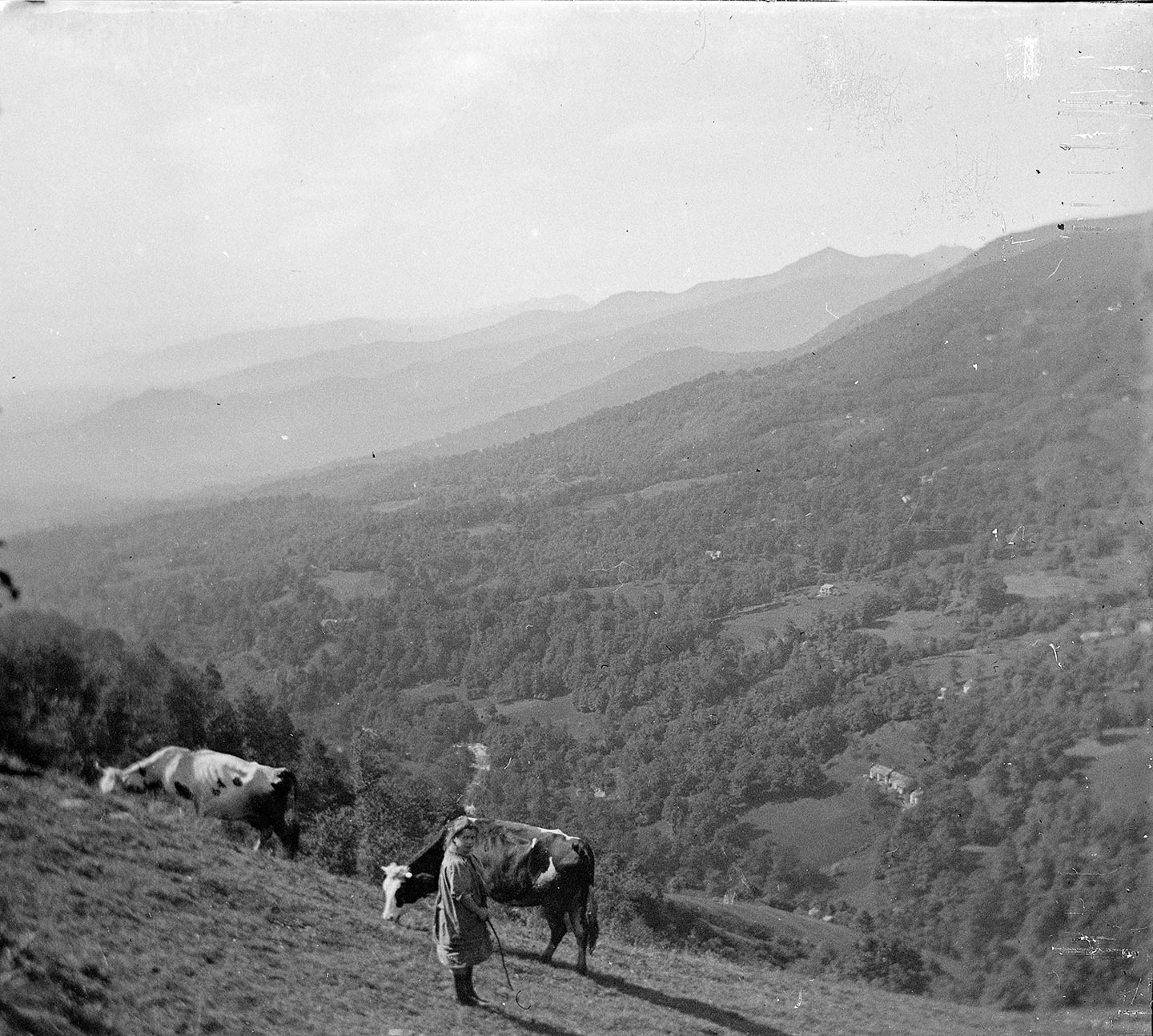 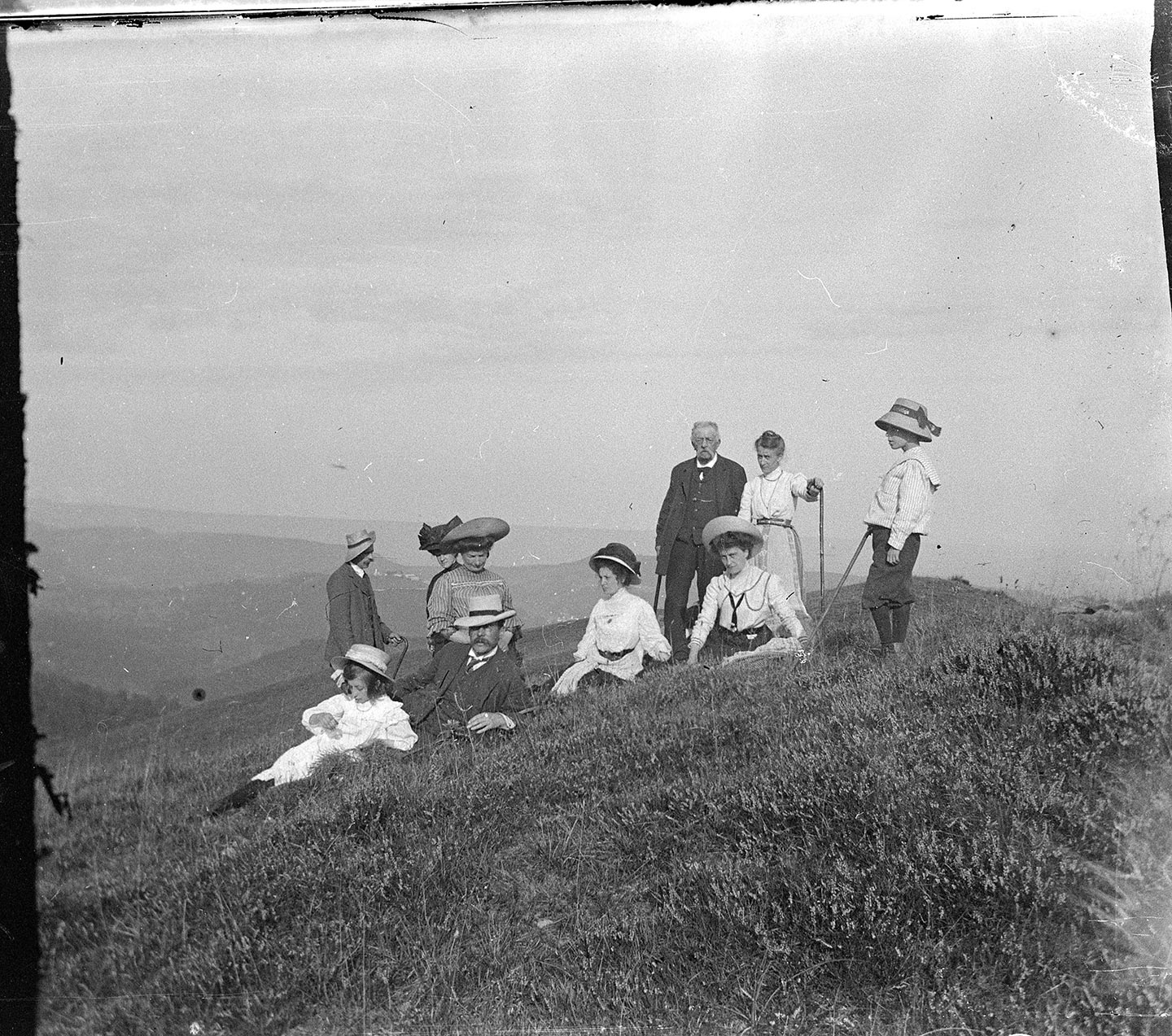 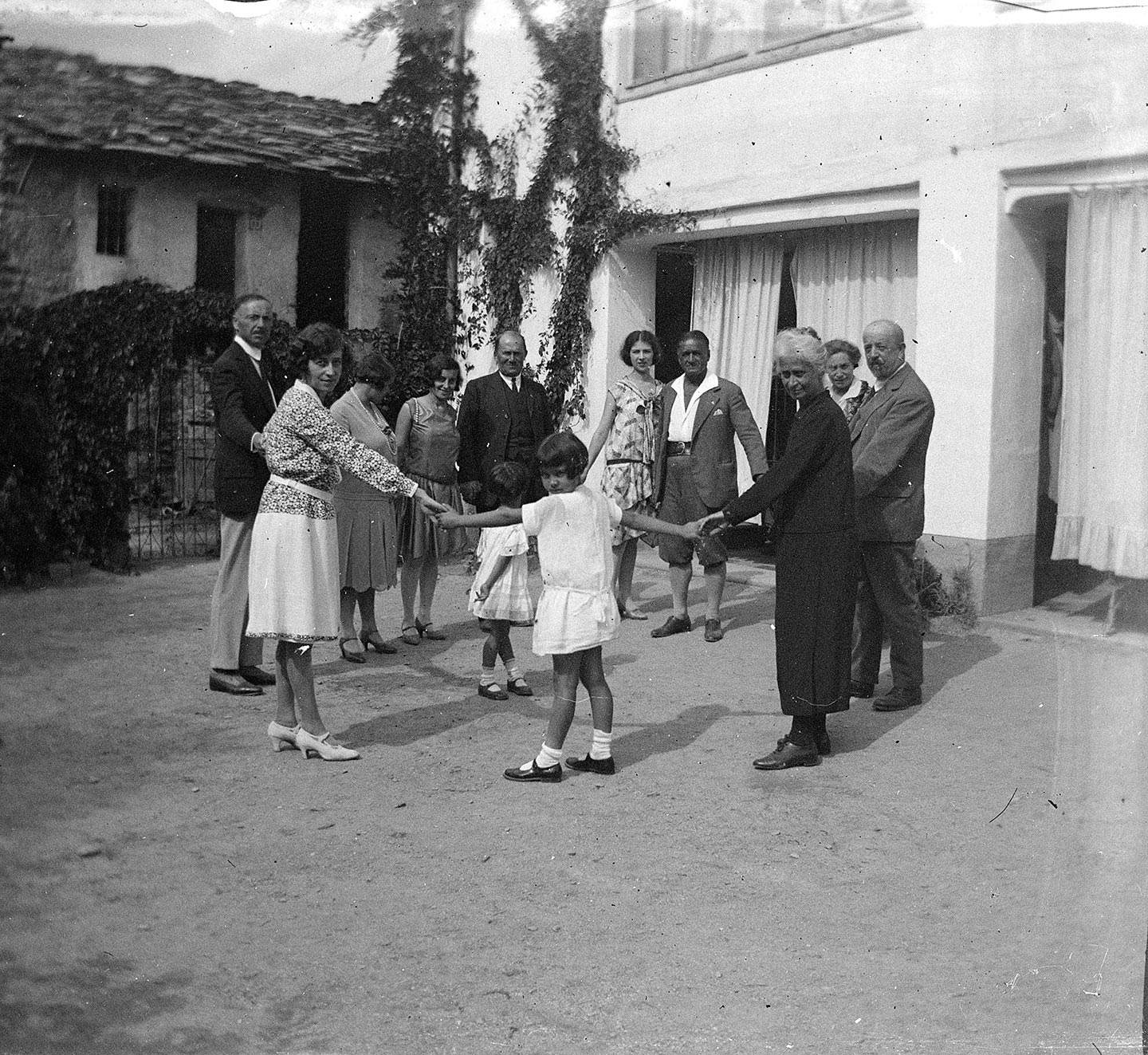 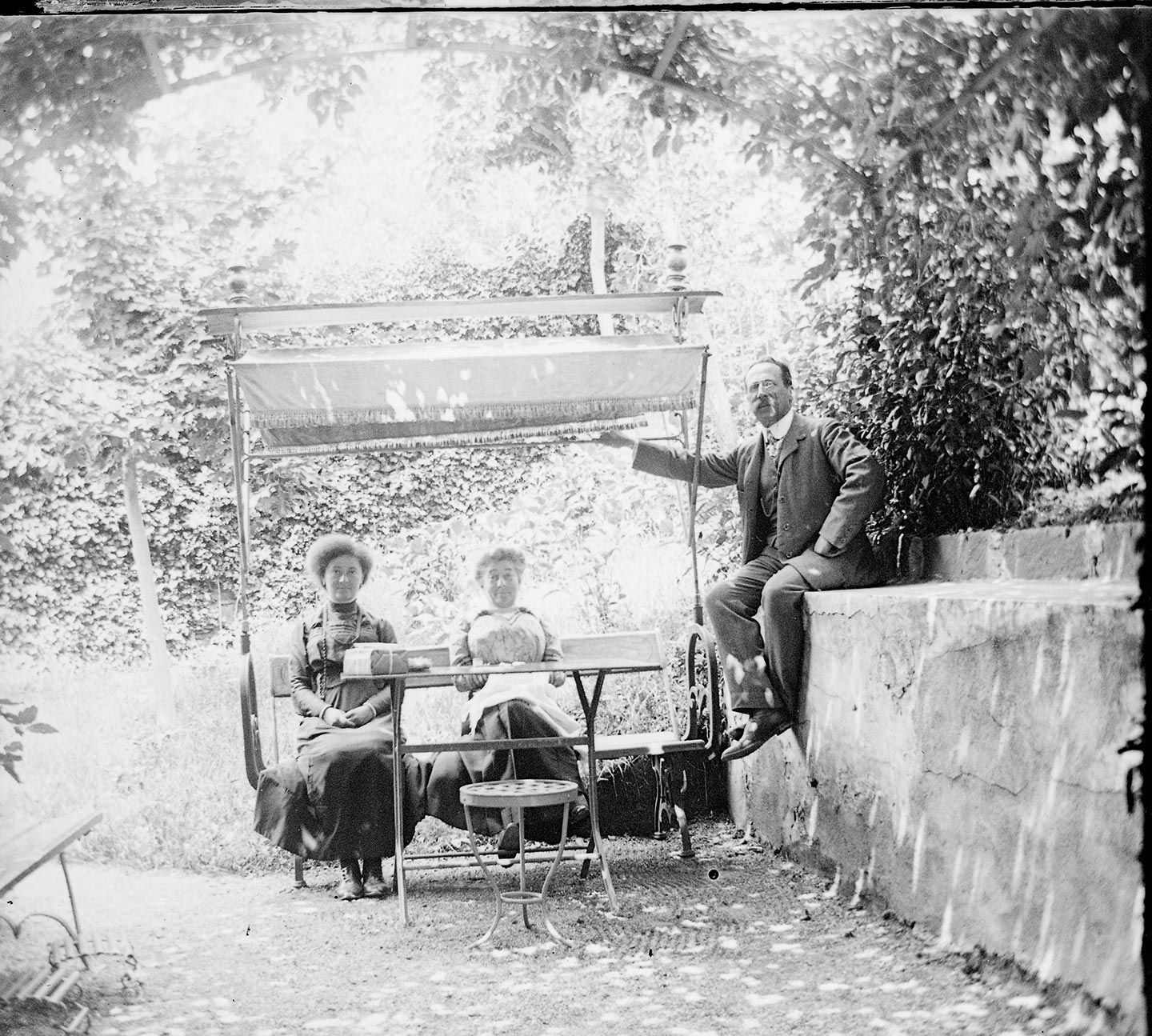 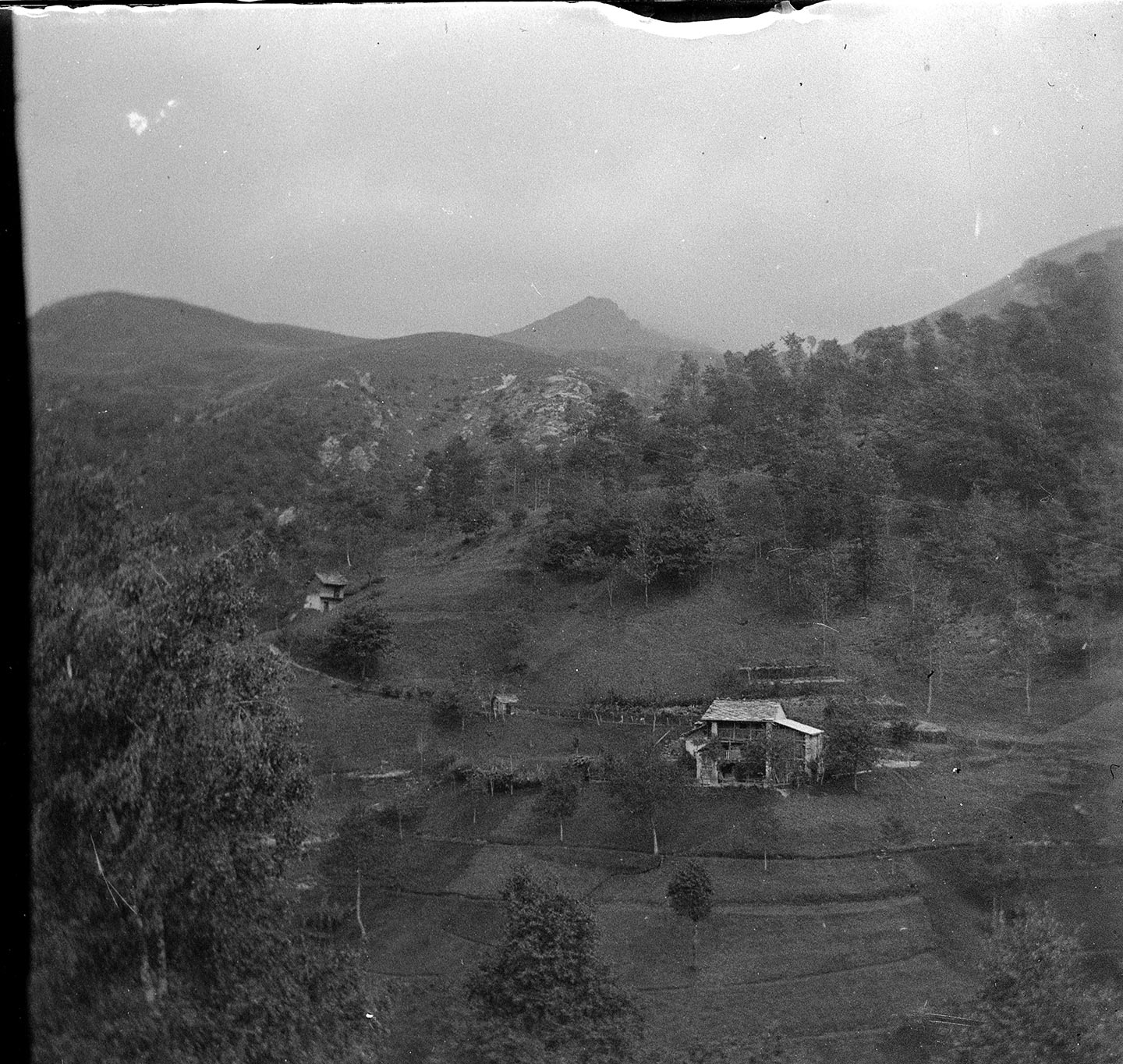 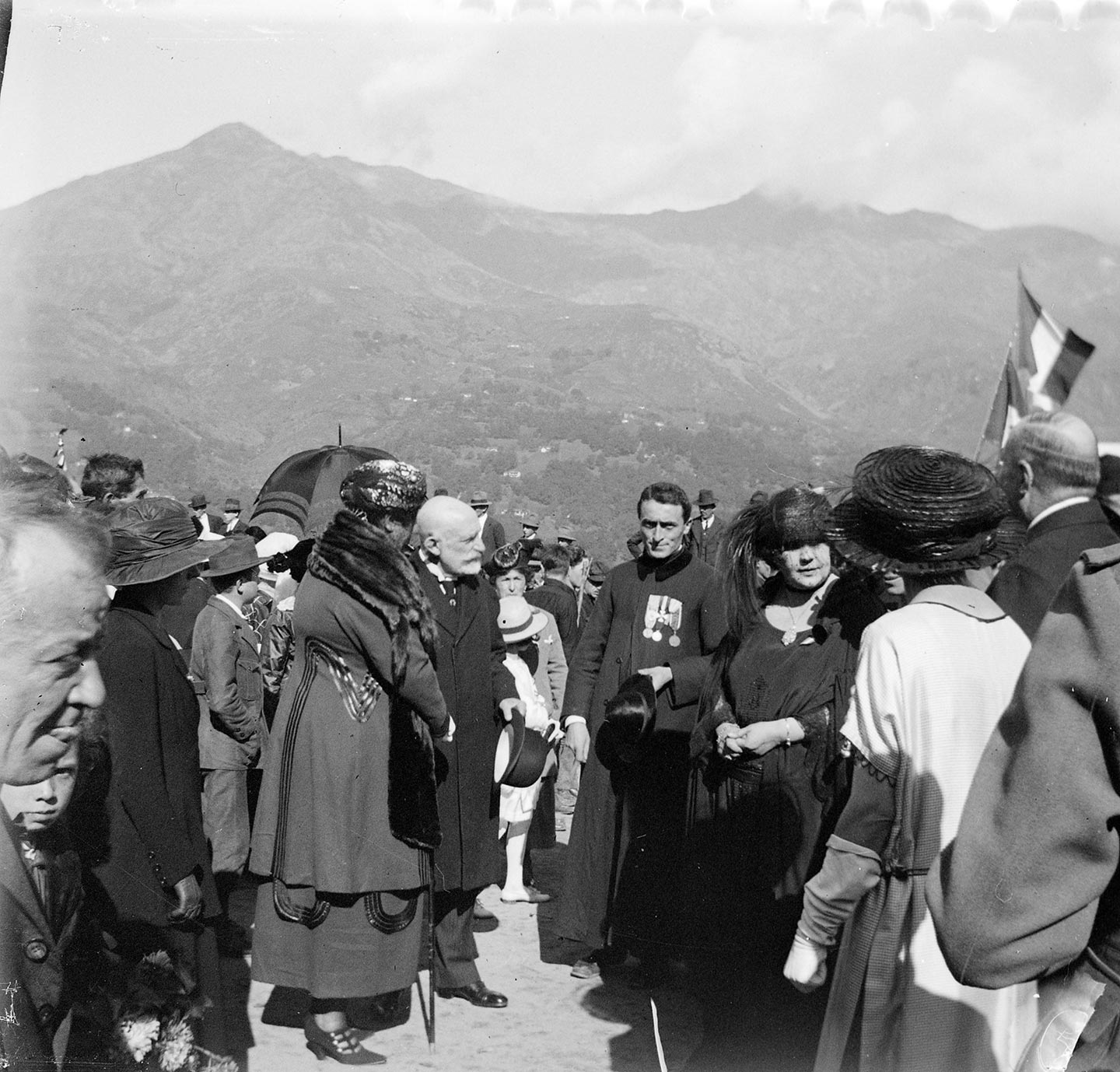 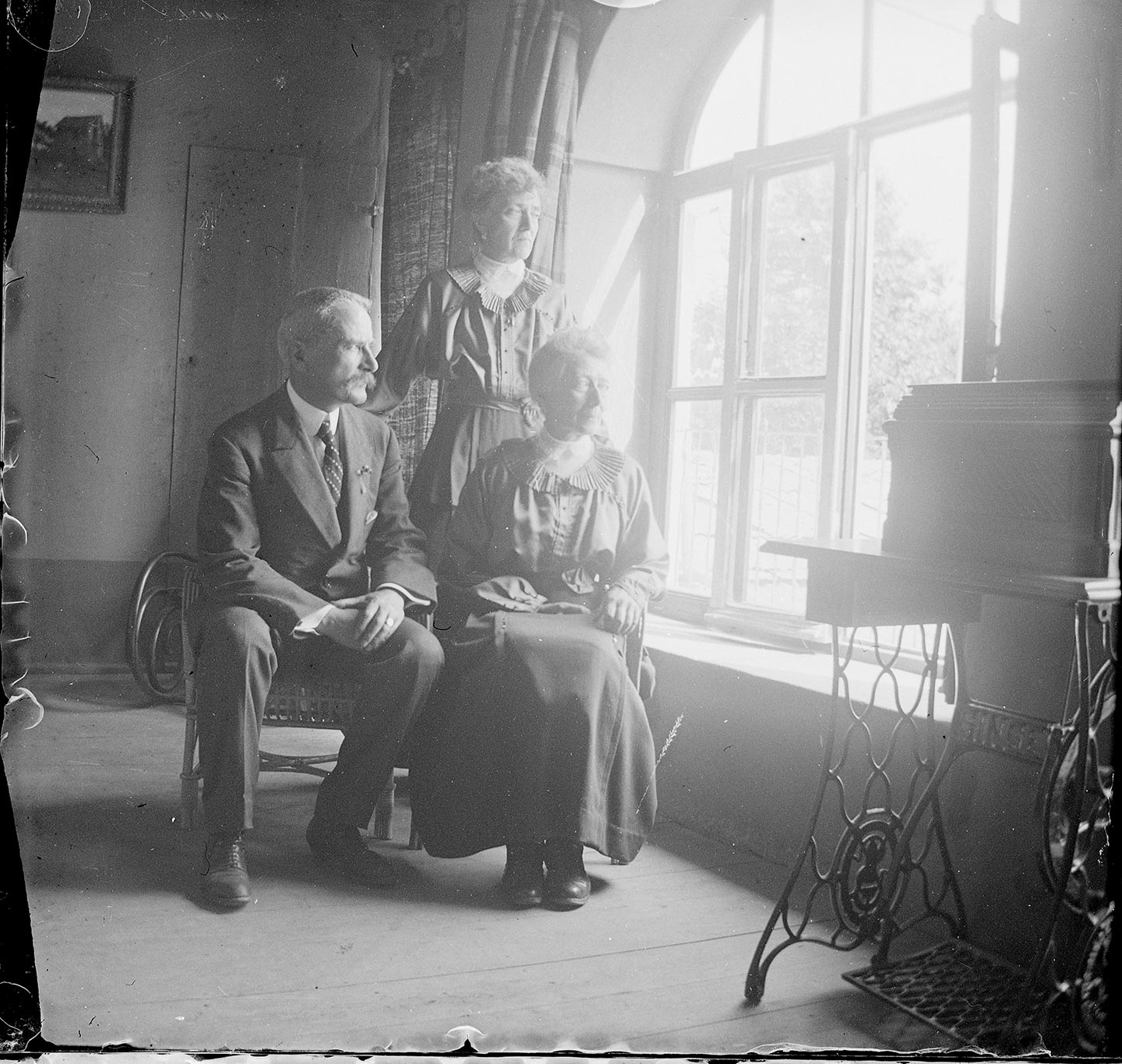 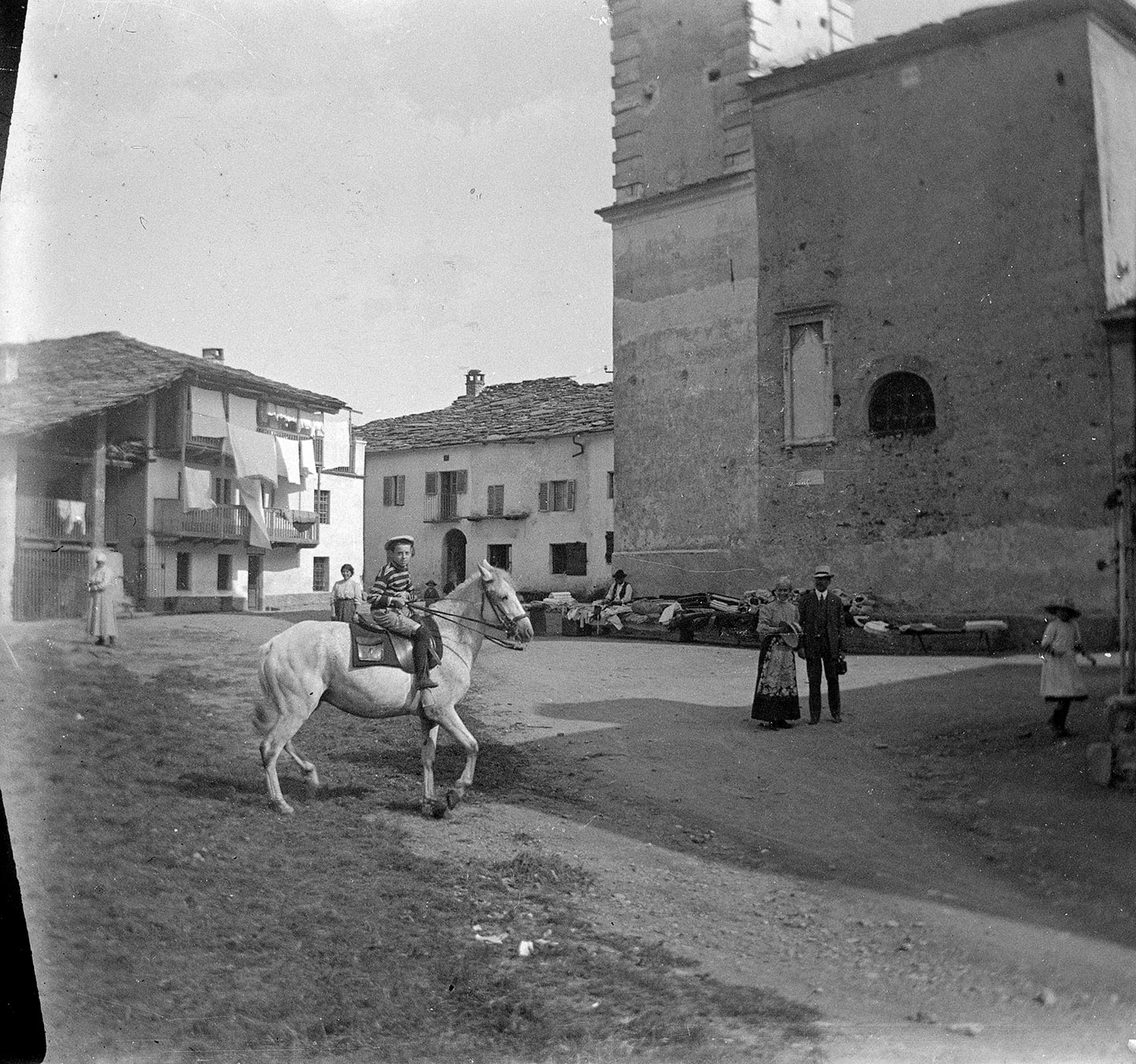 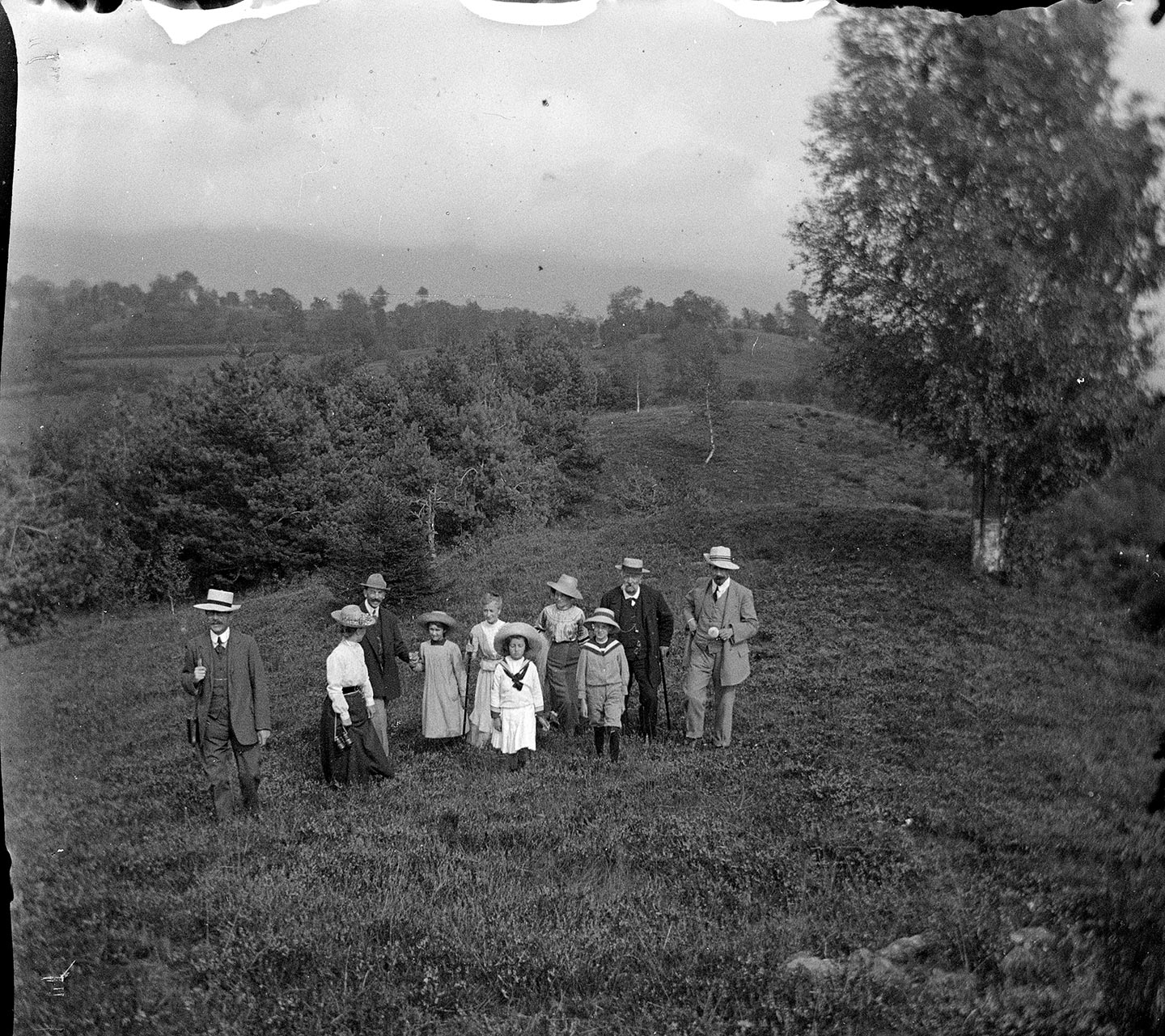 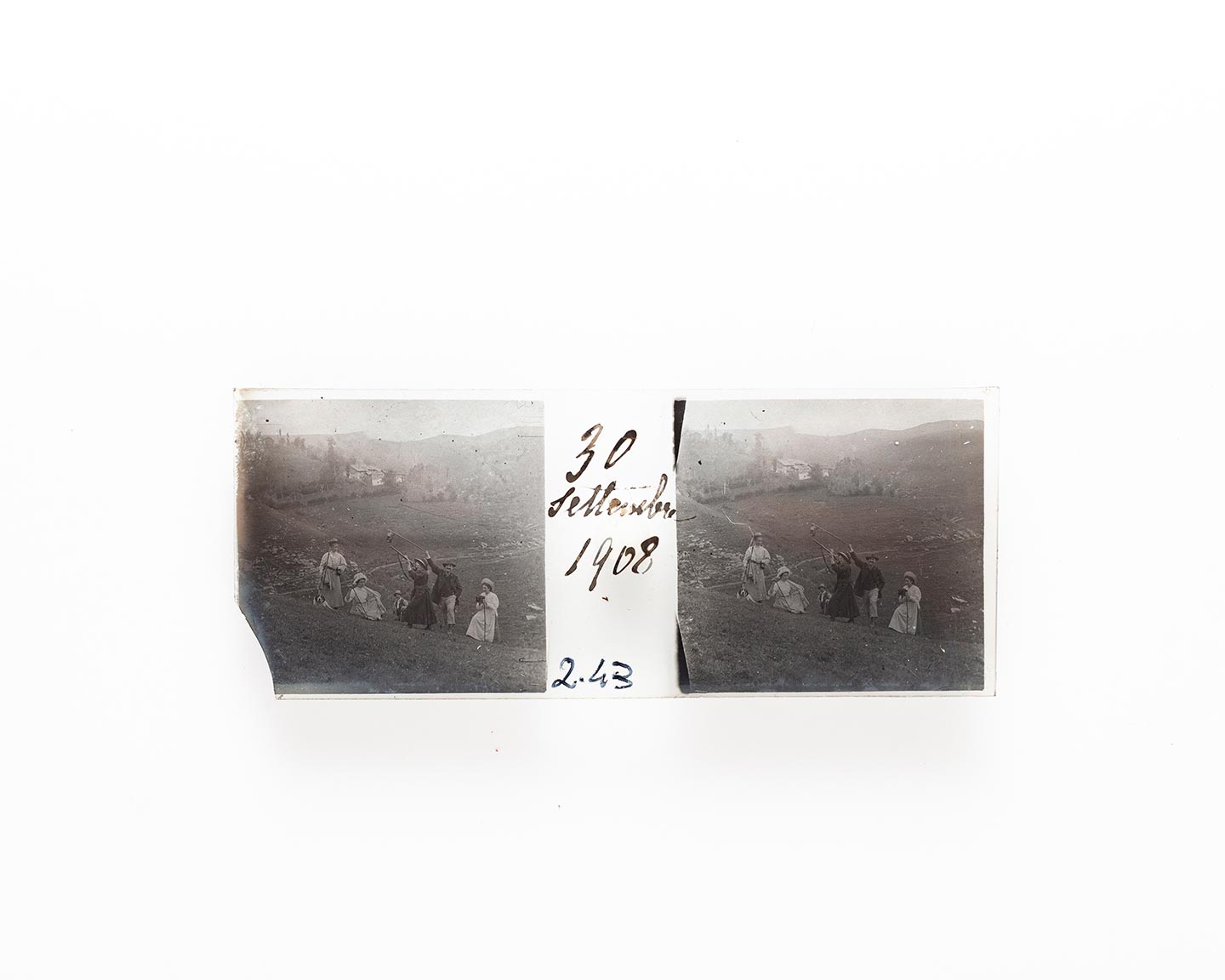 While conducting a personal photographic research on the mountains surrounding the Sacred Valley, a small valley in the Italian Alps, 29 year-old Italian photographer Federico Aimar made a discovery he didn’t expect he would make: in an abandoned house of a small mountain town, he found two old suitcases full of photographs (which he’s now sharing on Instagram). “It’s about 900 glass slides, each one with two copies of the same image, so my theory is that they were probably made to be viewed with a stereoscope. I’m still investigating to determine whether this is correct or not.”

Federico was able to establish that the images were shot between the years 1900 and 1935. “Some of them show shepherds with their animals, but for the most part the subjects are members of wealthy families who frequented the valley. A few of these individuals recur in several photographs; in particular, a young man is captured in many of the pictures—you can actually see him as a kid and then become an adult.”

It is not clear who shot the photographs: “The photographer was definitely someone who loved taking pictures, although I don’t think he/she was a professional. It must have been someone who always went around with their camera, just like I do. In a way, I felt a connection with the author of the images as I myself was trying to narrate the valley and its people when I discovered these pictures. Some of the images I’ve scanned were even framed in the same way that I have framed a few of my own shots, about 100 years later. It’s actually incredible how some places looked different back then: pastures have been replaced by woods, and the houses where entire families would spend their time together are now abandoned ruins.”

Federico is currently uploading the images he’s found on the mountains on a dedicated Instagram account: “I thought it was a good idea to share the beauty of days gone by, especially at a time when we’re losing touch with the idea of beauty itself.” He is also currently working on a photobook inspired by the life of the young man that recurs in many of the photos.