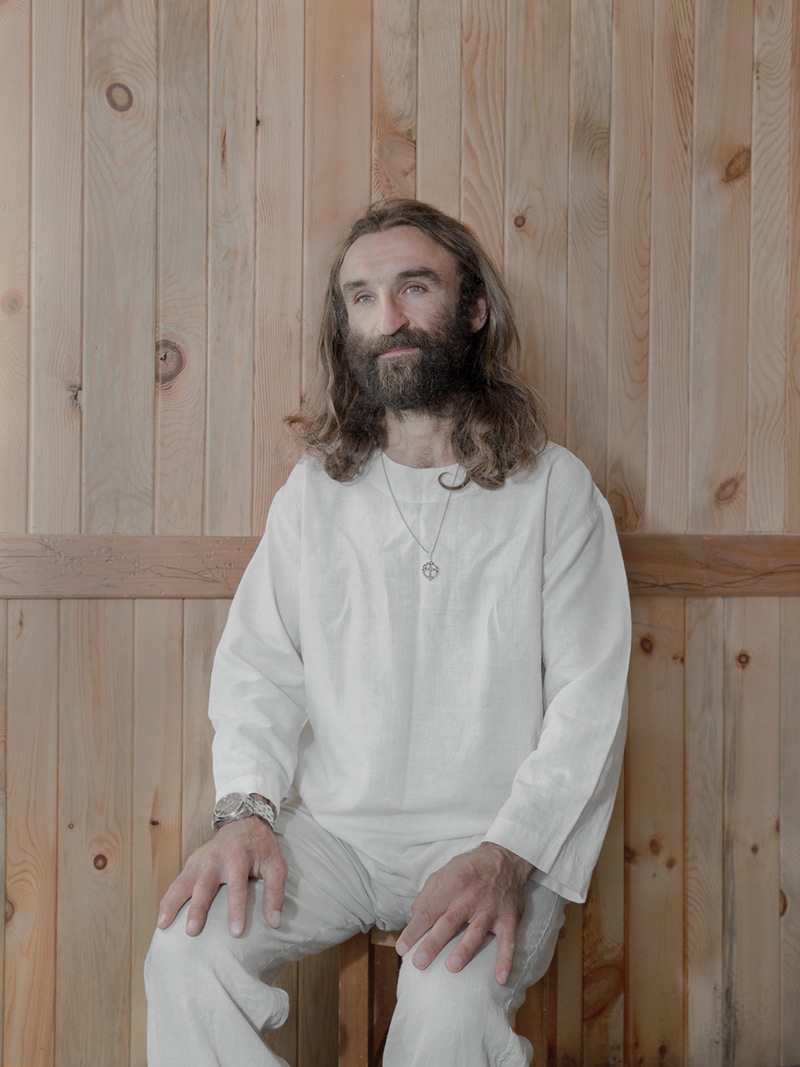 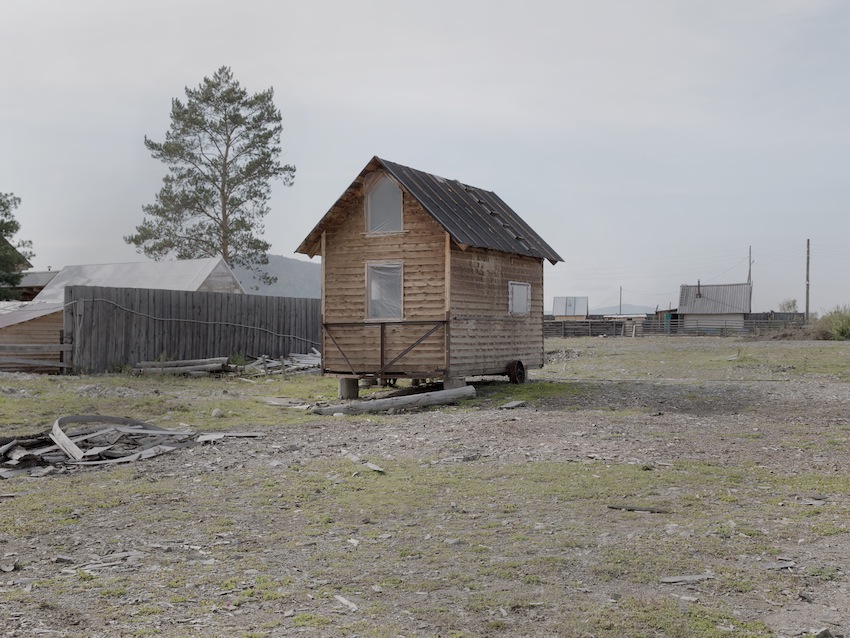 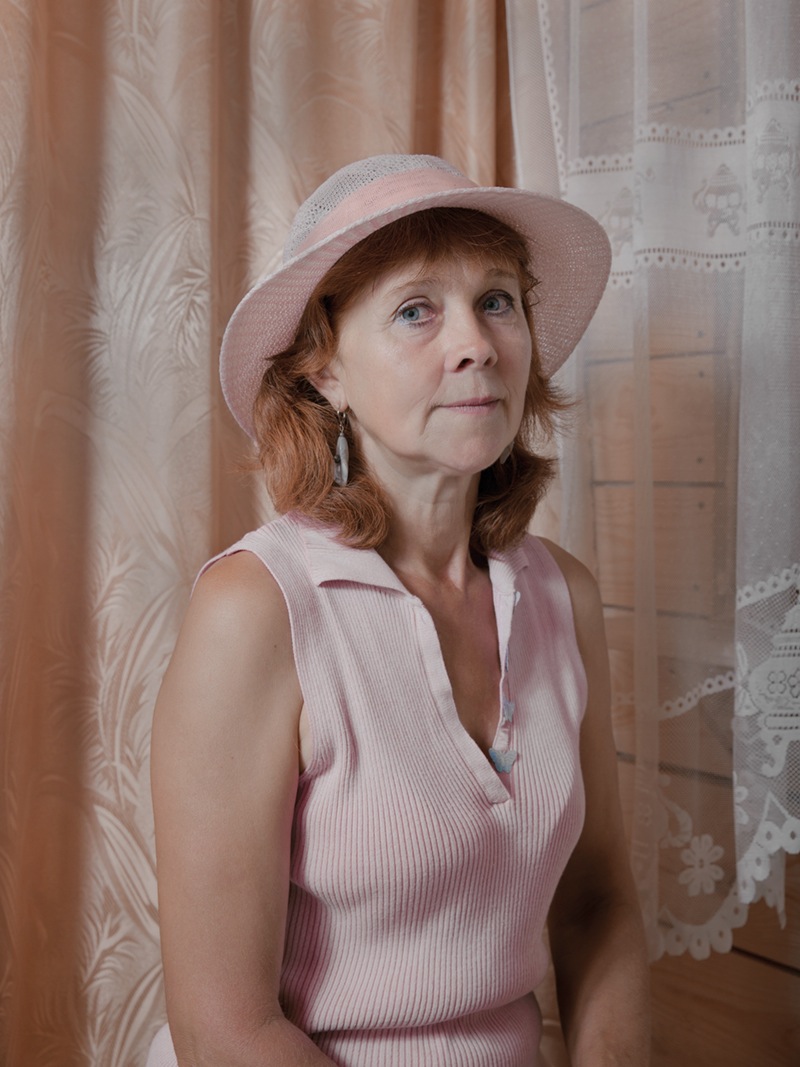 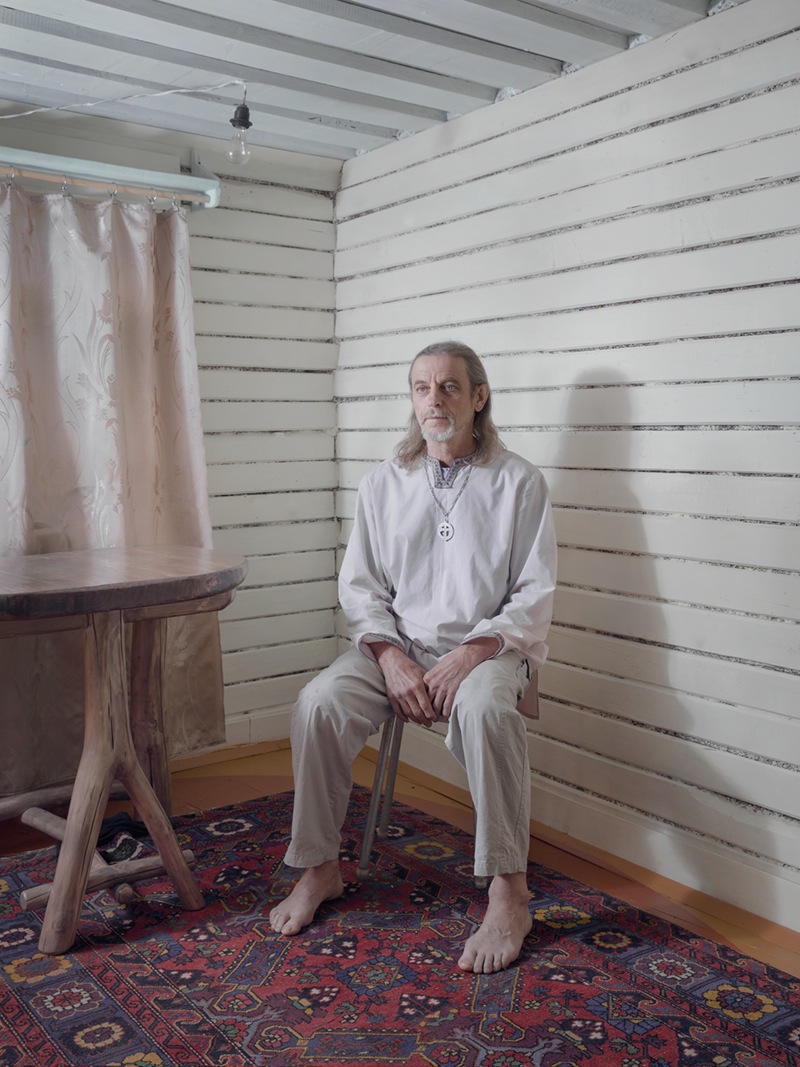 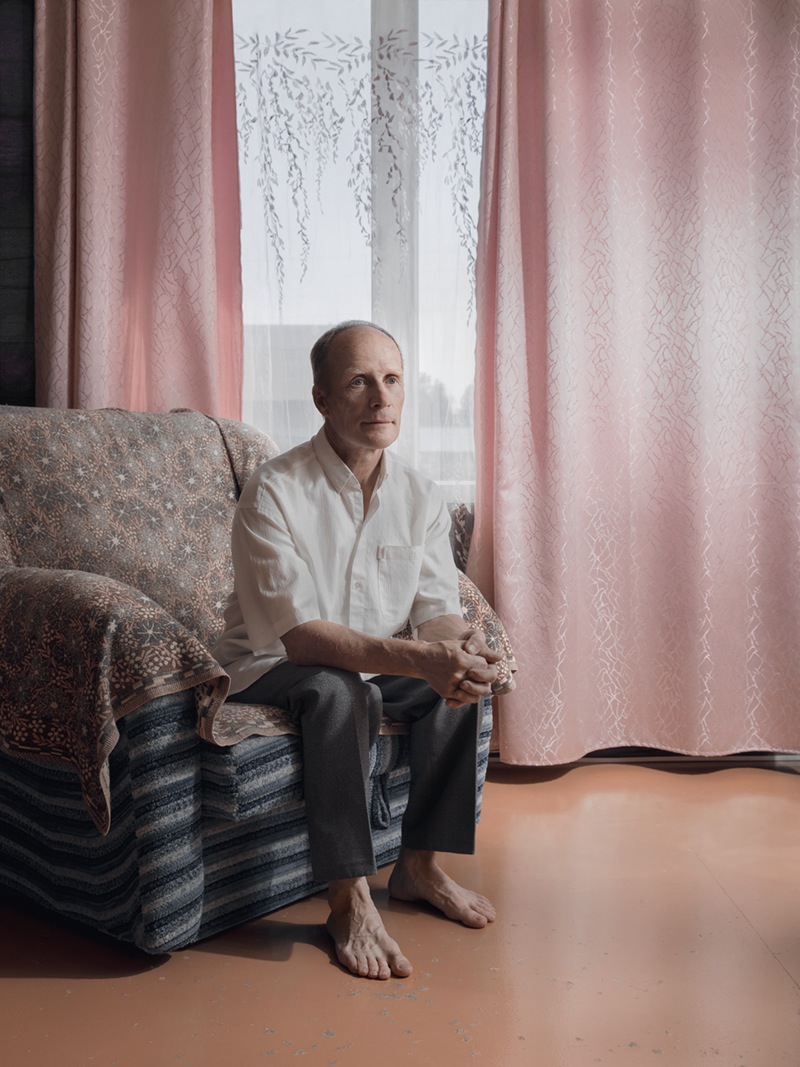 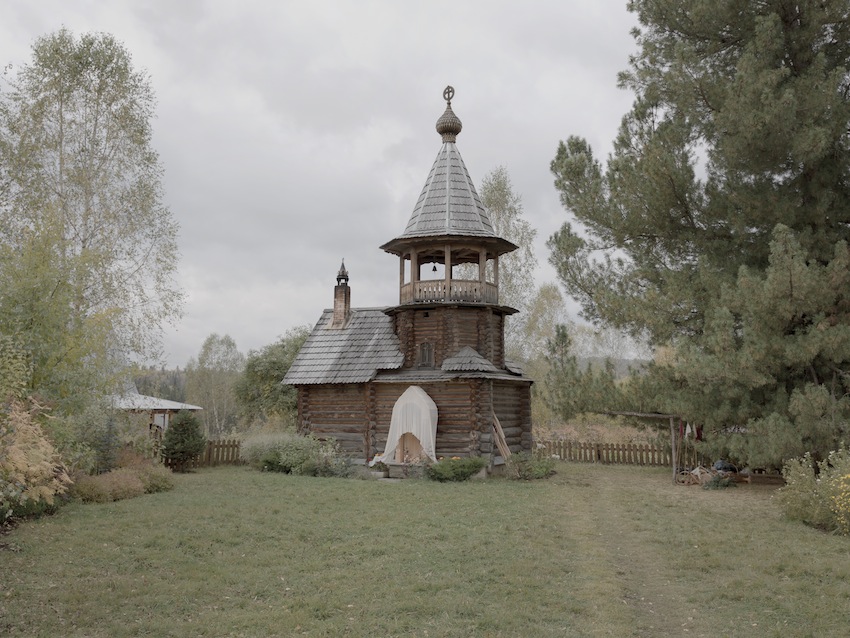 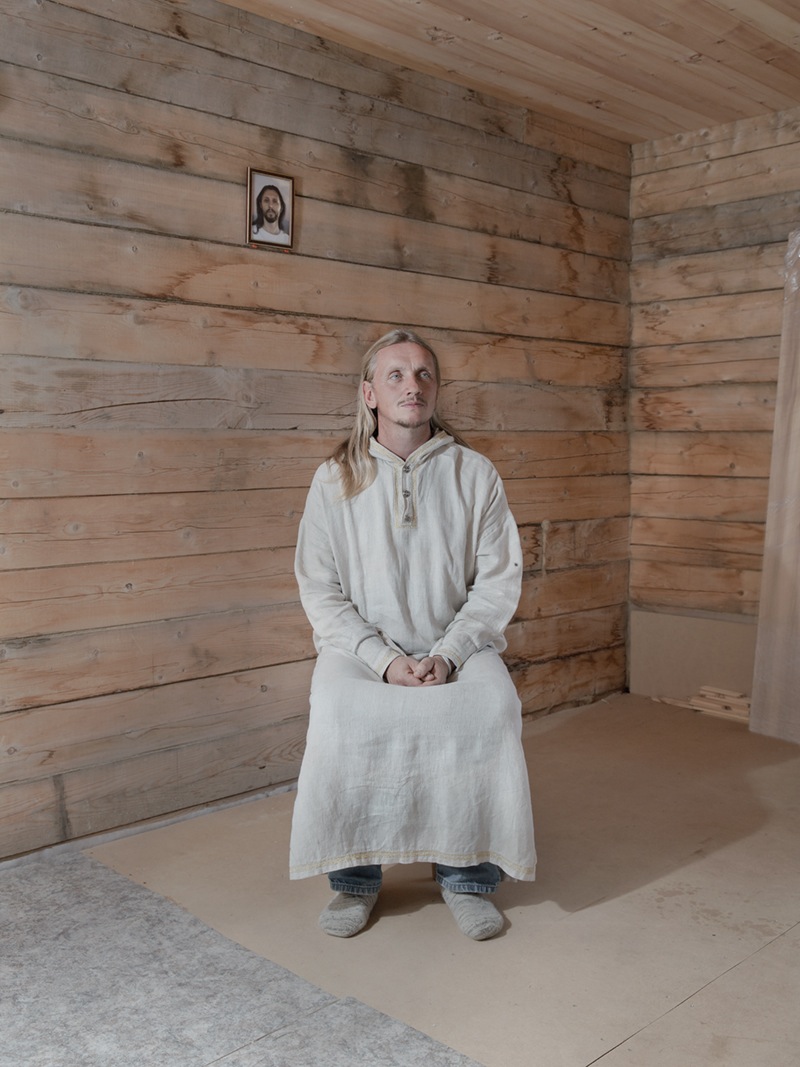 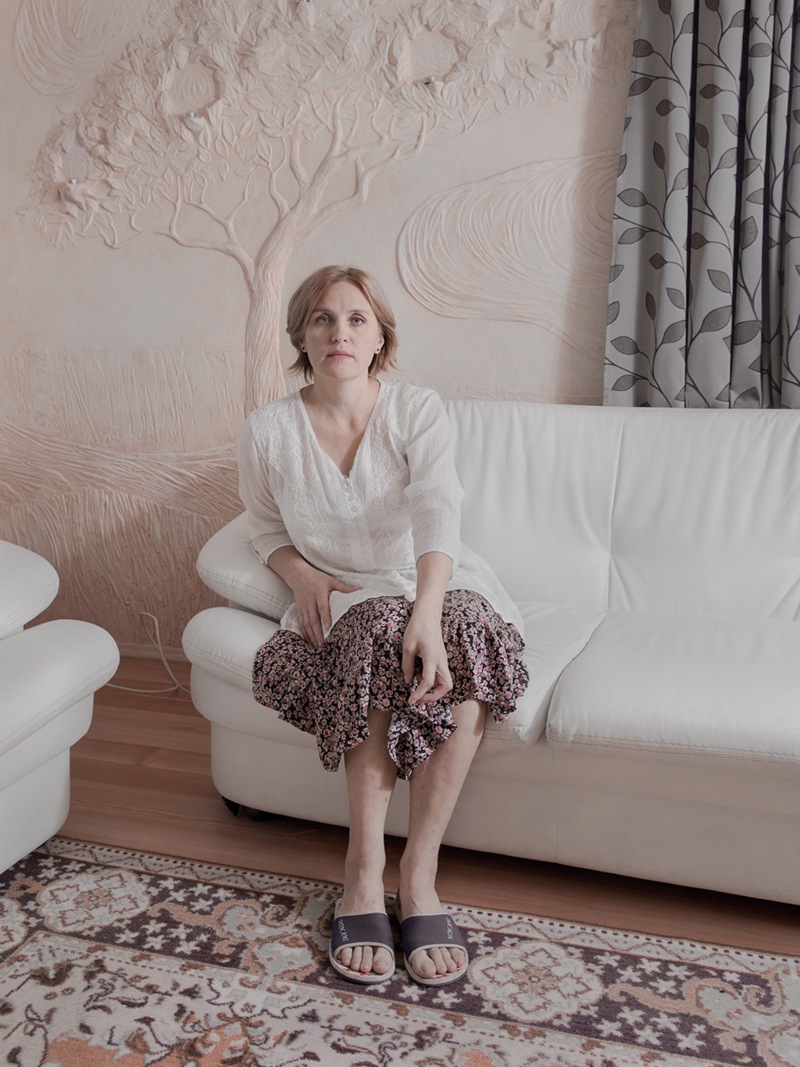 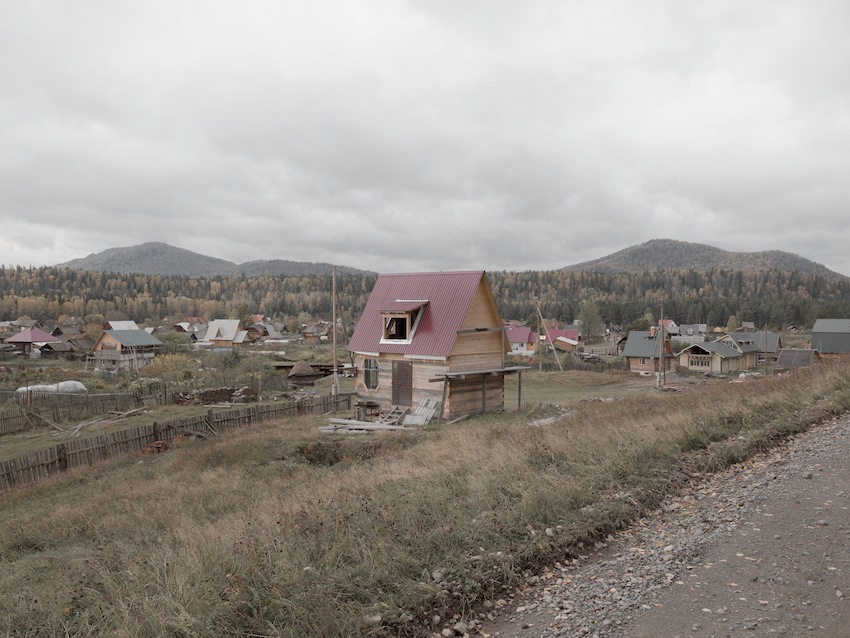 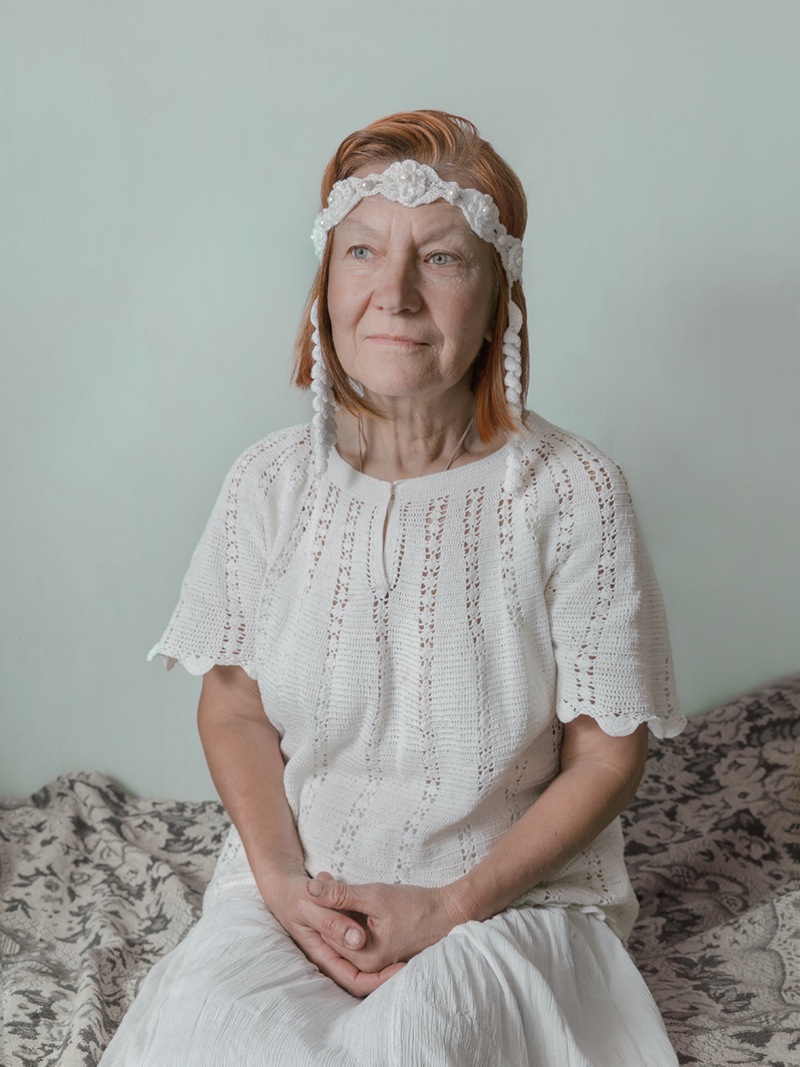 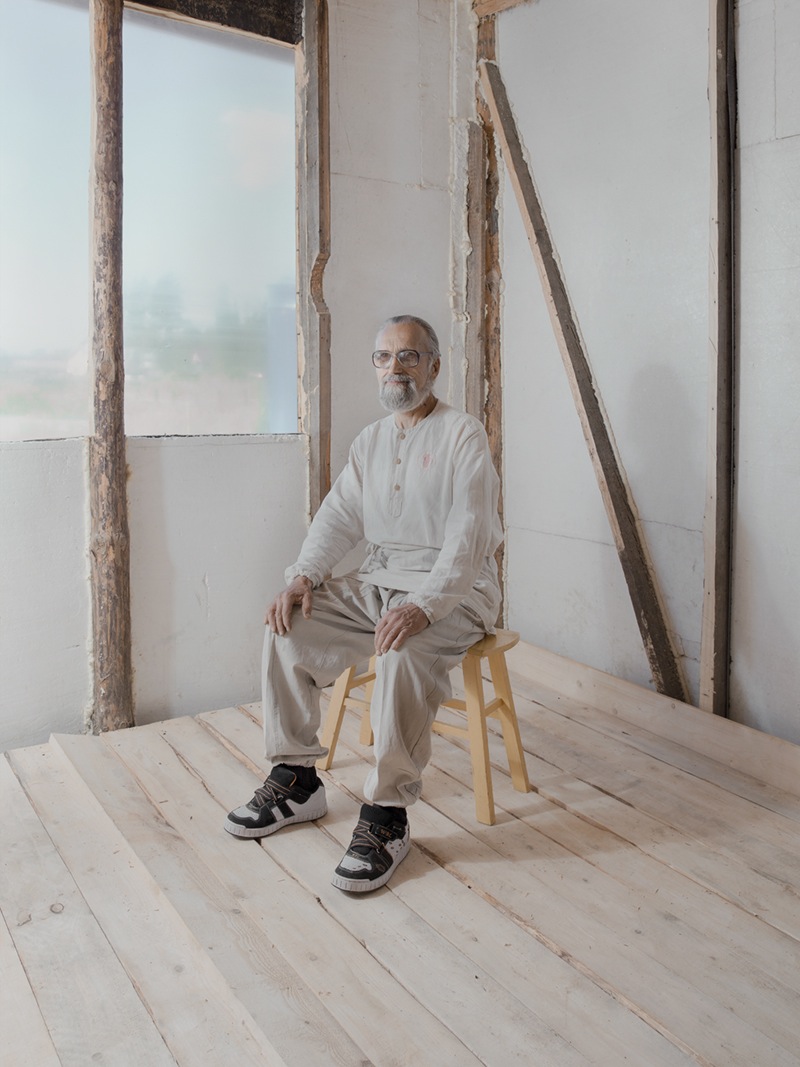 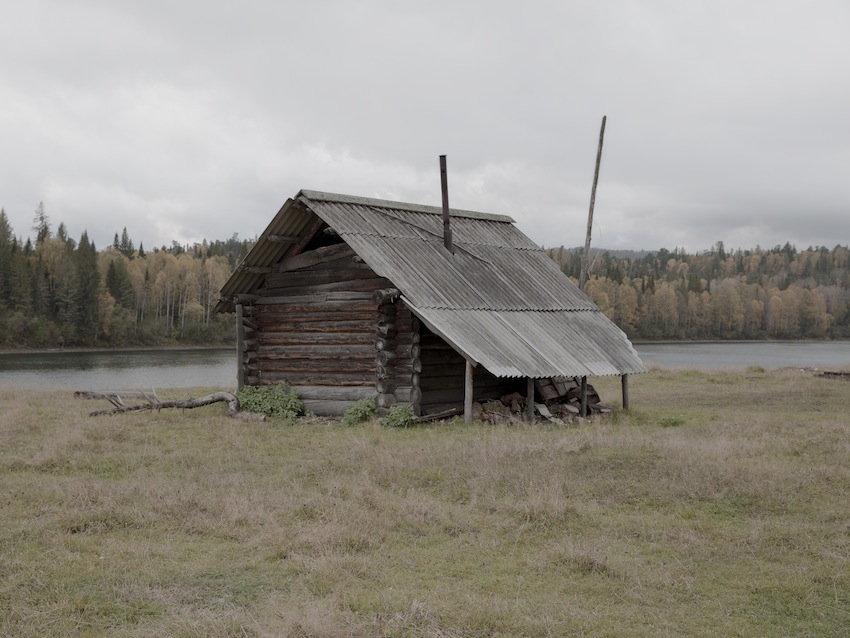 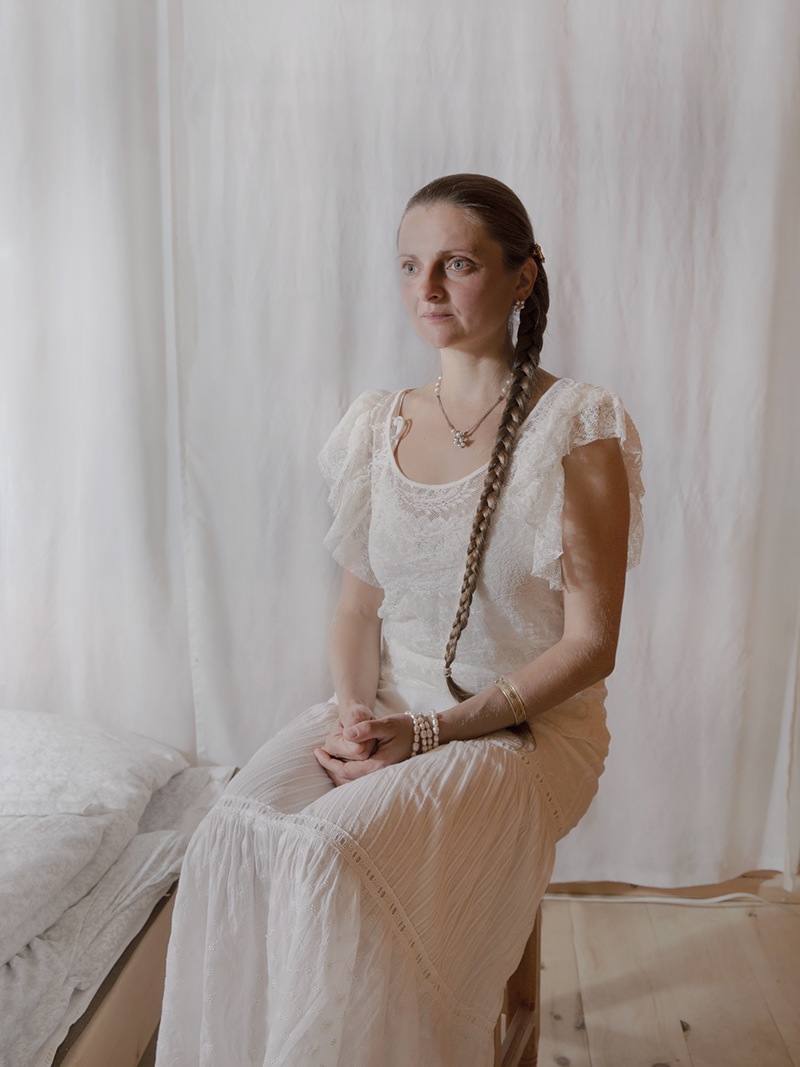 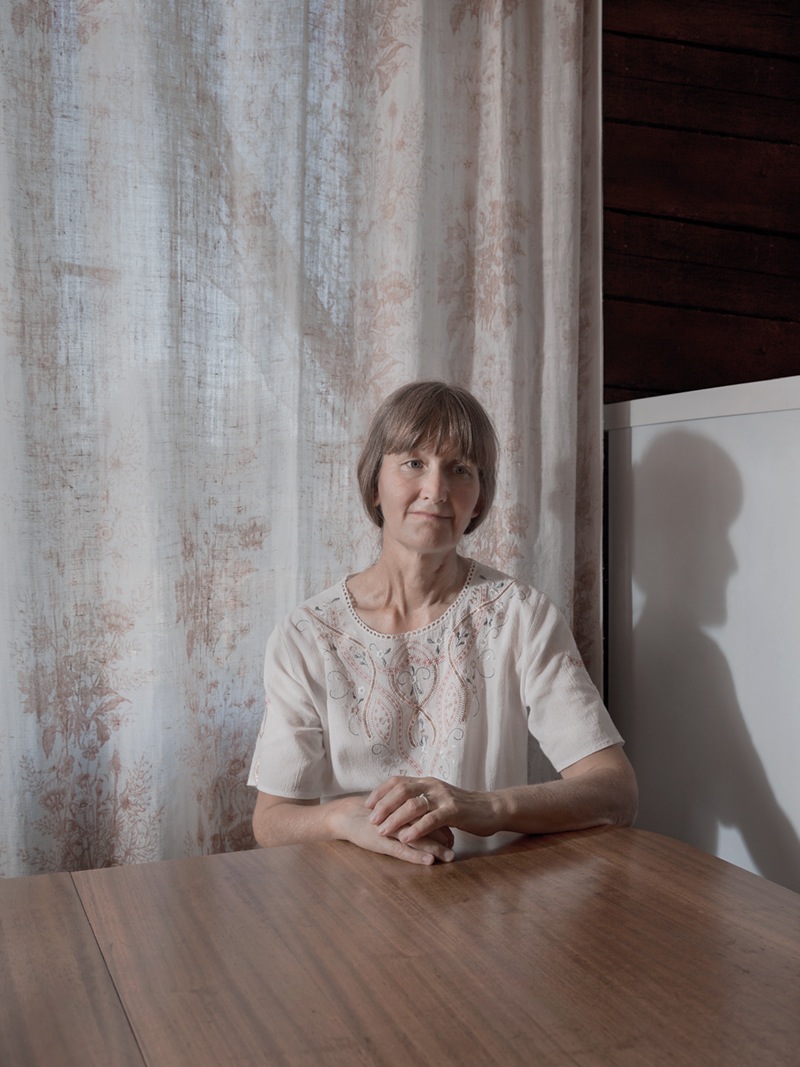 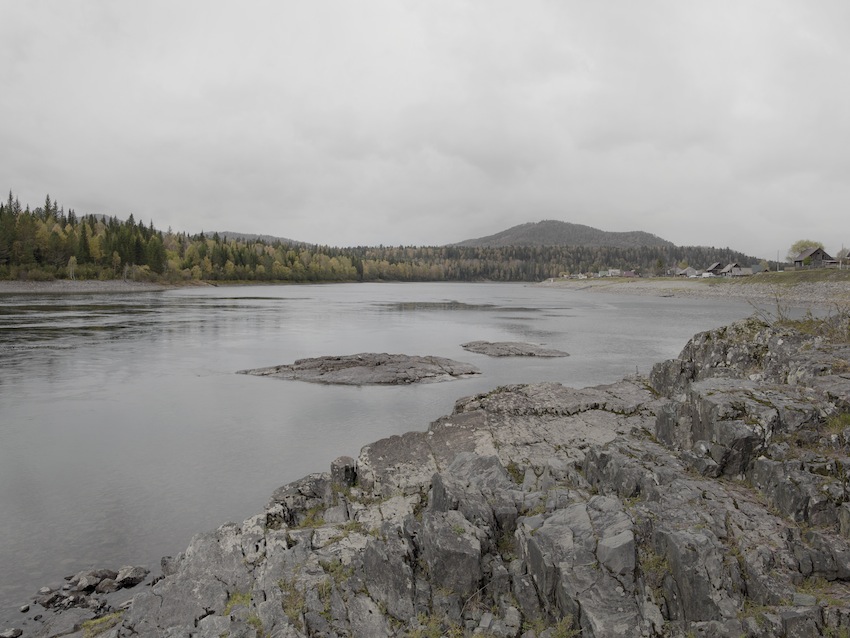 Julia Sellmann is a 23 year-old German photographer. Last March, Julia graduated from the University of Applied Science and Arts in Dortmund with the series Ecopolis Tiberkul, a brilliant set of images about a unique religious sect of 4,000 people called The Church of the Last Testament, established in the depths of the Siberian taiga…

Hello Julia, thank you for joining as our #PhotographerInResidence. What are your main interests as a photographer?

Thank you for this opportunity! I‘d say that my interests as a photographer are basically guided by my curiosity for sociological and anthropological topics. Photography allows me to get close to people, explore their environment and understand what they live and hope for.

How did you come to know about The Church of the Last Testament?

I came across The Church of the Last Testament while doing a research about the increasing emergence of sects in Russia after the breakdown of the Soviet Union when .

Please talk a bit about The Church of the Last Testament. What are the main principles of this religion?

The Church of the Last Testament, also known as Ecopolis Tiberkul, was founded in 1994 shortly after the fall of the Soviet Union by a man named Sergej Torop, who calls himself Vissarion. Torop, a former police man and self-taught painter, came to the conclusion that he was the latest reincarnation of Jesus Christ. He wrote the so-called Last Testament to follow the biblical Old Testament and New Testament, in which he combines the fundamental beliefs of various religions.

Today, there are approximately 4.000 members who are willing to build a new utopia. The group lives in the southern part of Krasnoyarski Kray in Siberia, near Lake Tiberkul, some 300 miles from the western Mongolian border. The region consists of approximately 40 villages that are connected to the outer world only by dirt roads. The mostly well-educated members of Ecopolis Tiberkul came from all over the world and sold all of their belongings, adopting simple lives in wooden houses, to be near their Christ-figure.

Can you describe the lifestyle led by the members of this sect?

The members of the Ecopolis seek to live in harmony with nature. Agriculture is cultivated without any modern technology, following Last Testament beliefs. They lead minimalistic existences without money, depending on the land to grow their own food. Because of this lifestyle, exiting the community is almost impossible.

The community is organized in two kinds of families, the natural and the unified family. The term natural family basically describes biological kinship – the man chops wood, builds the house and shovels snow while the woman takes care of the children.  In contrast, the unified family represents the communal organization of every village and reflects Vissarion’s vision that his followers must learn to overcome their egoism and instead live together as brothers and sisters. Unresolved conflicts are discussed at the daily Family meetings. Another core belief of the Vascarians is that a great flood is approaching, and when it comes, only those who belong to the sect will survive. The survivors will emerge from The Promised Land, as they call their territory, to repopulate the Earth and the Universe. Although the followers have made a physical step out of their past, they do not yet find themselves in the bright future they envision.

What was your impression of these people? And what in particular did you think of Vissarion, the man who started the group?

Initially, I was not able to photograph anything because the community had not accepted my presence at The Promised Land. I was told that my camera releases negative energy that leads to a deep confusion in the body. That belief quickly spread among the community members and led to unsure and protective behaviour. But as time went by and people recognized my enduring efforts to get to know them, they carefully opened their hearts, and after two weeks I finally took my first portrait.

I read a lot about sects before, during and after my time at the community as I found out that joining a religious group is compared to the process of falling in love. What, to my mind, seemed to be a strange comparison at first, turned out to be quite accurate. I realized this on the 18th of August, the day when the communities celebrate the Festival of Good Fruits, one of their highest events.

The festival takes place at the Abode of Dawn, where Vissarion chose to live with 50 of his dearest followers. After weeks of preparation and anticipation, we got up early to start a car ride on bumpy dirt roads followed by a three hour hike. While I wondered how the elderly would make their way up, everyone around me was bursting with joy. In the evening, after never-ending prayers and dance, Vissarion entered the stage. He slowly made his way down to what seemed like a wooden throne roofed by a colourful umbrella, and said “You already know a lot!”. One sentence, five words, a big contented smile and he was gone. I was left a bit disappointed, but the crowd was full of joy and gratitude. At that very moment I understood, from the look in their eyes, that what I had read about falling in love must be true.

The power that comes with unconditional leadership was often misused in the past. Sect-leaders are suspected and found guilty to take advantage of their followers’ naivety. That‘s a matter of fact. After having lived for six weeks within the community, it still feels strange to see 4,000 people dedicating their lives to a man they barely know. There are hierarchical structures, rules and rites I do neither understand nor support, but at the same time I accept and appreciate every believer’s aim to live a happy life based on love and trust.

What impressed you the most about these people and their lifestyle?

Many people of Ecopolis Tiberkul have experienced great strokes of fate in their former lives, including the tragical loss of a beloved one or a serious illness. Through faith, they have not only learned to accept their fate but to be unconditionally thankful for what they‘ve been through. The community has developed an impressive culture of positivity.

Your work on Ecopolis Tiberkul mixes portraits of the members of the sect, and images of the places they inhabit. There are no photos depicting them in their daily activities, for example. Why did you choose this approach?

The photographic work was not meant to explain the communities obvious rituals but rather convey a certain atmosphere. The believers’ greatest expression of faith is not a prayer, nor a liturgy – it‘s their  willingness to leave behind their former lives to build a spiritual settlement deep within the Siberian taiga. Their deepest connection is a collective mind-set.

The portraits in particular have a keen painterly feel to them. Did you have any specific reference or source of inspiration in mind?

I guess that, subconsciously everyone is inspired by something. The whole work definitely has a delusively picturesque feel to it but I cannot tell to have had a precise template in mind.

Spending time with the ones I love and long night drives on empty roads.