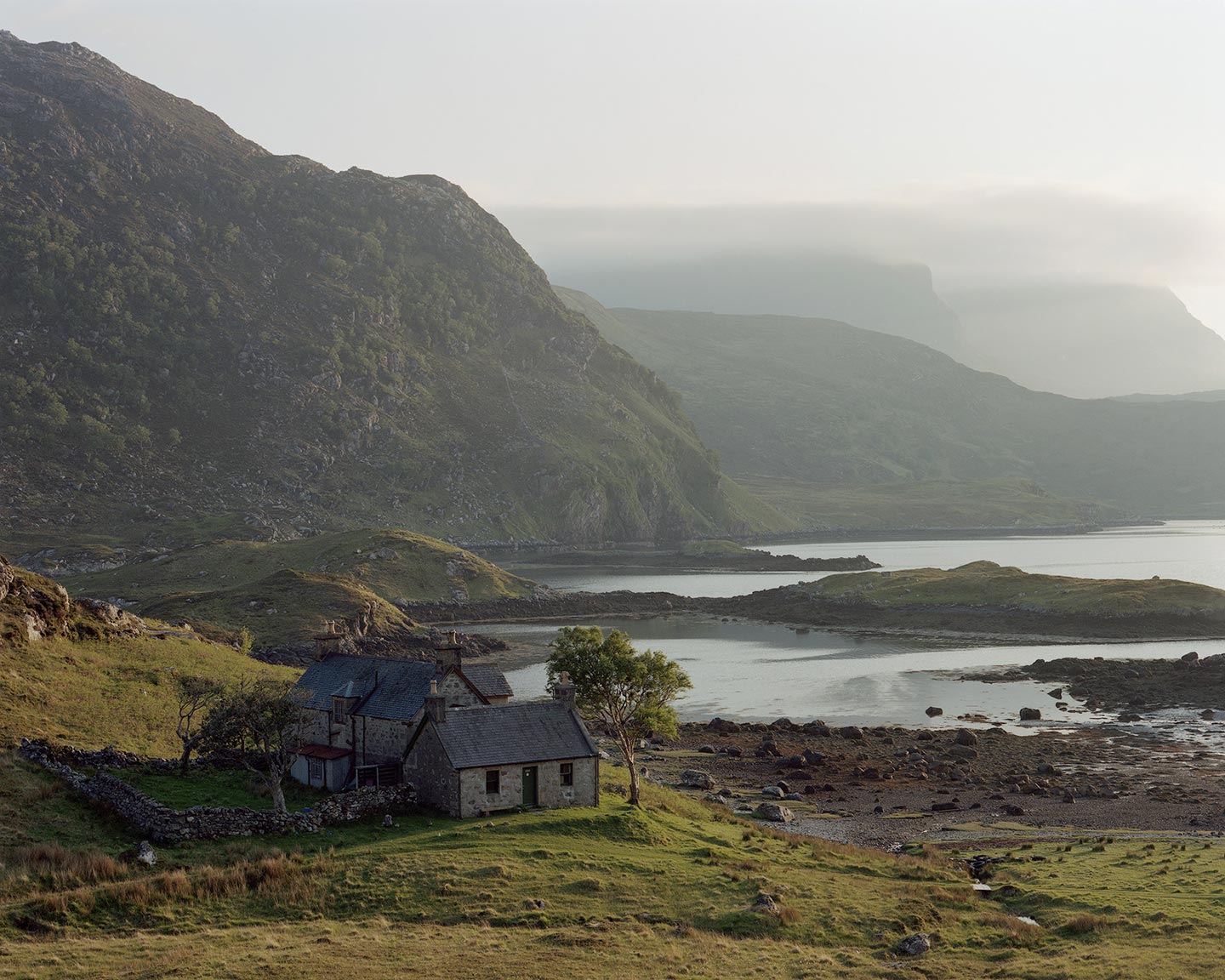 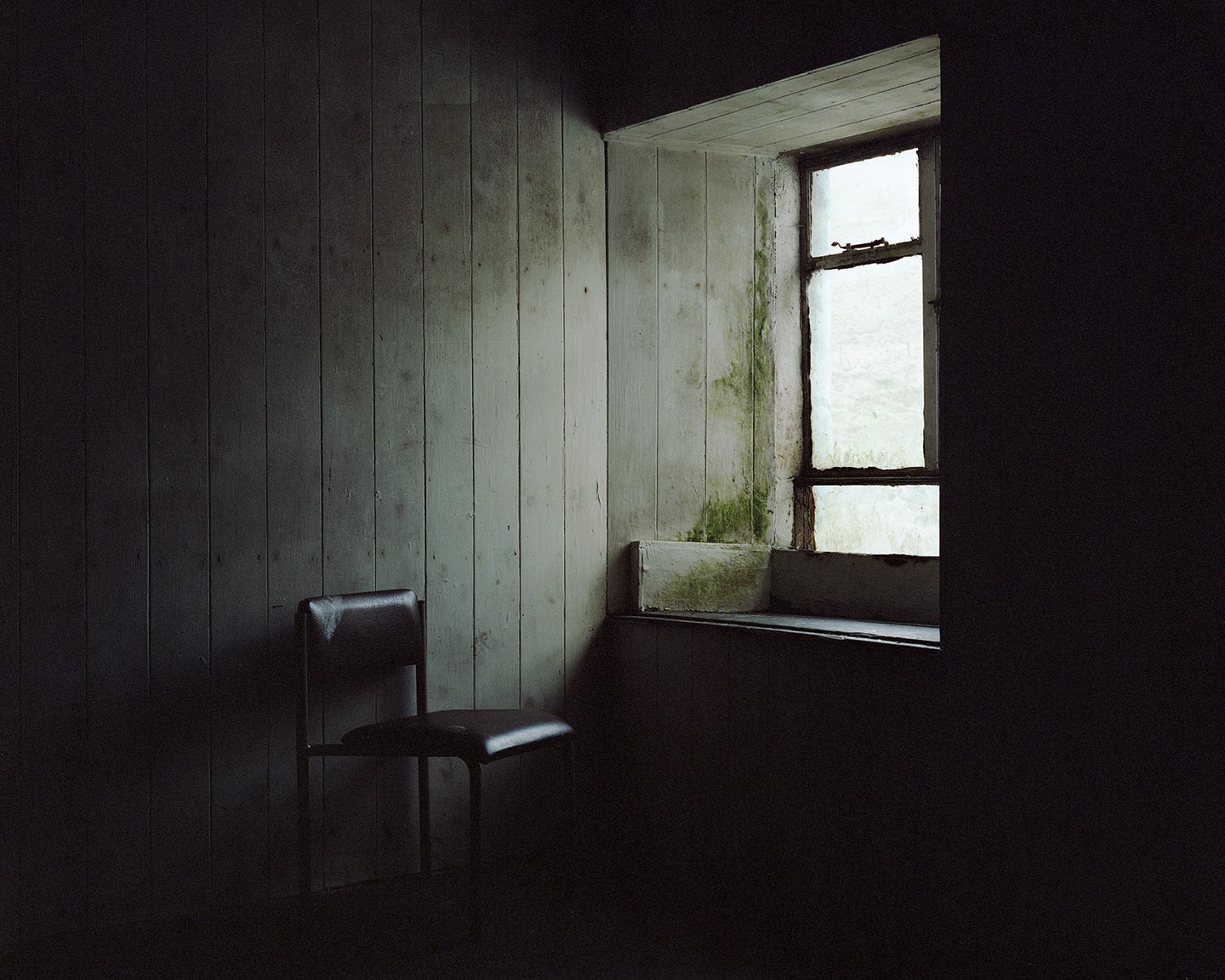 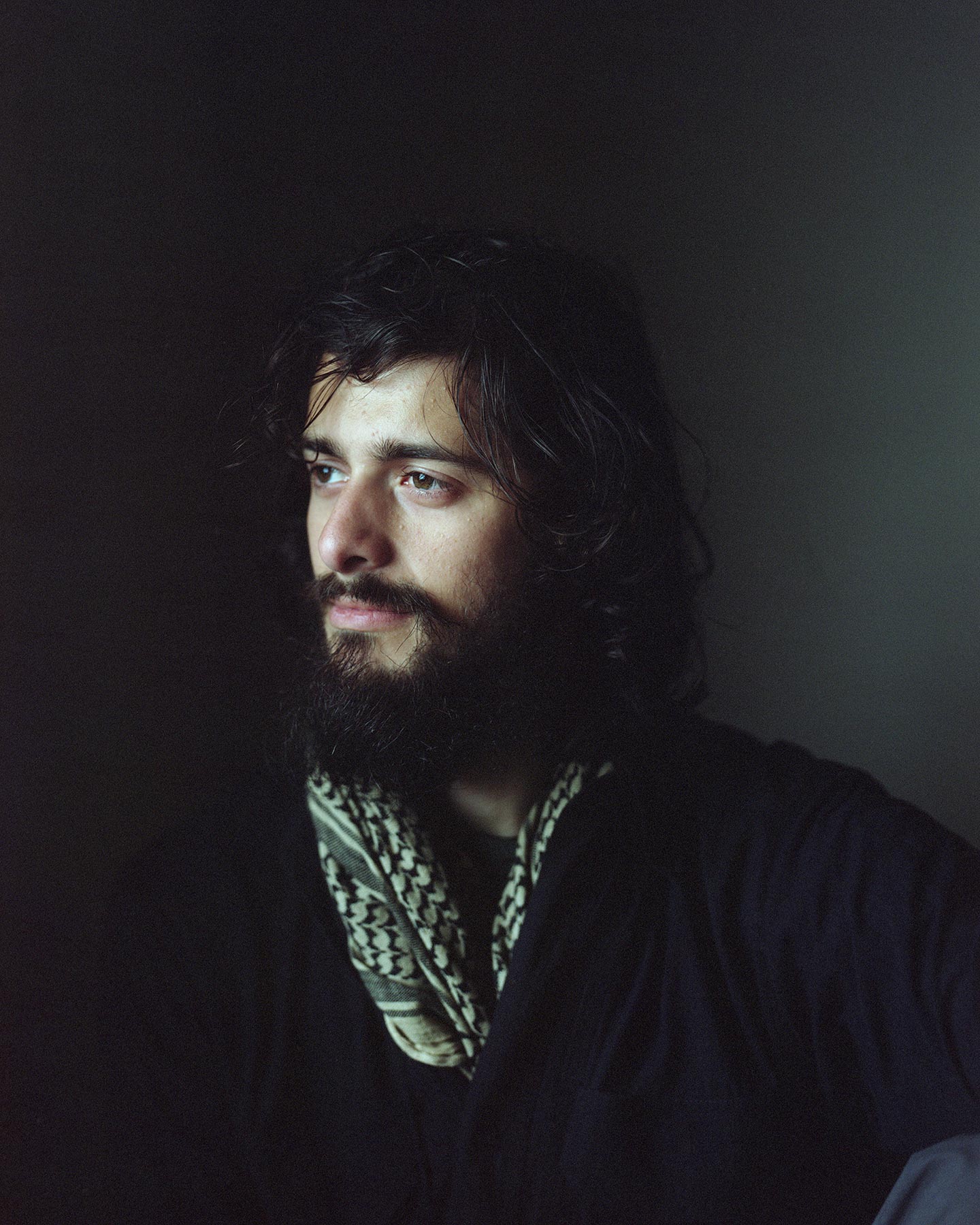 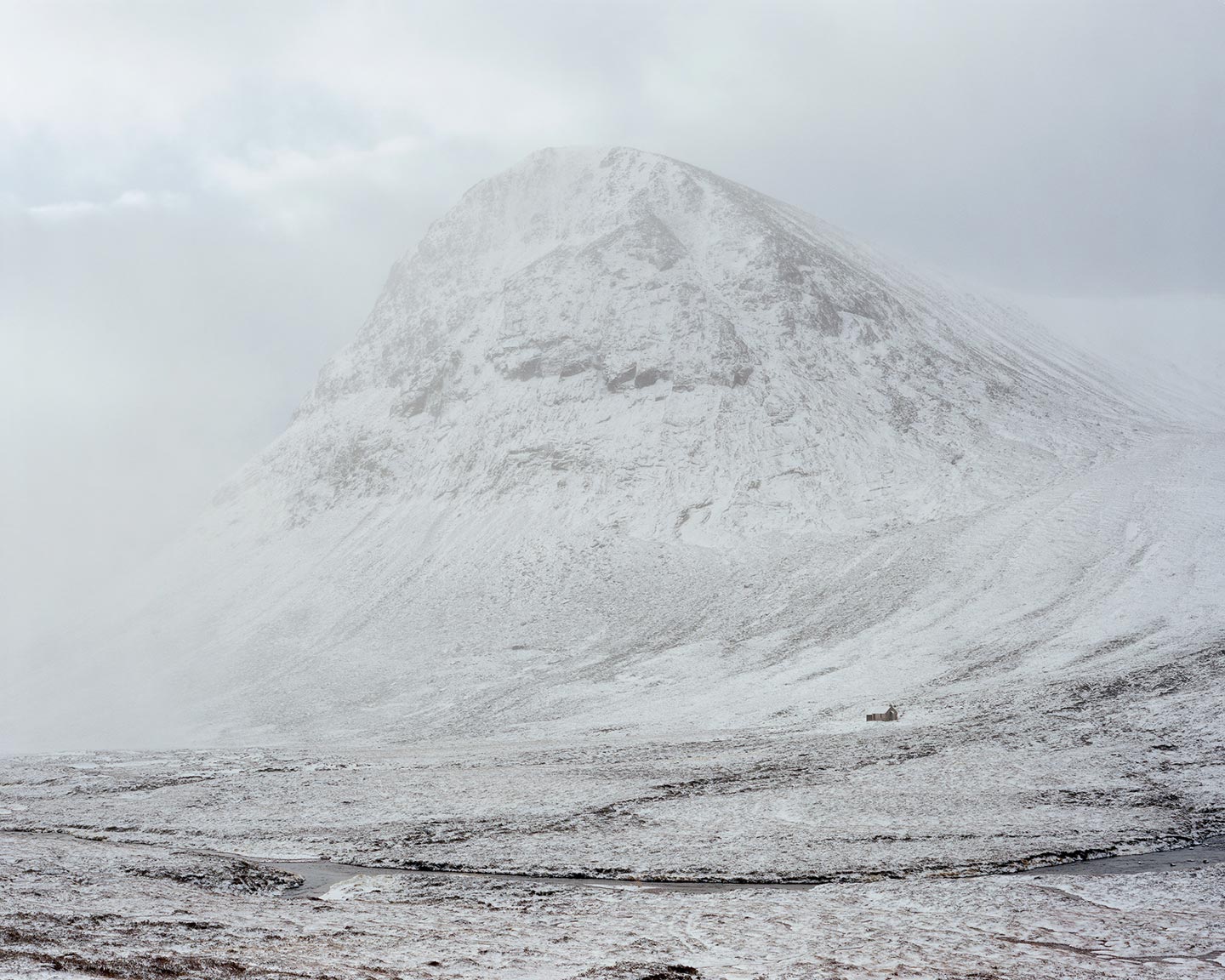 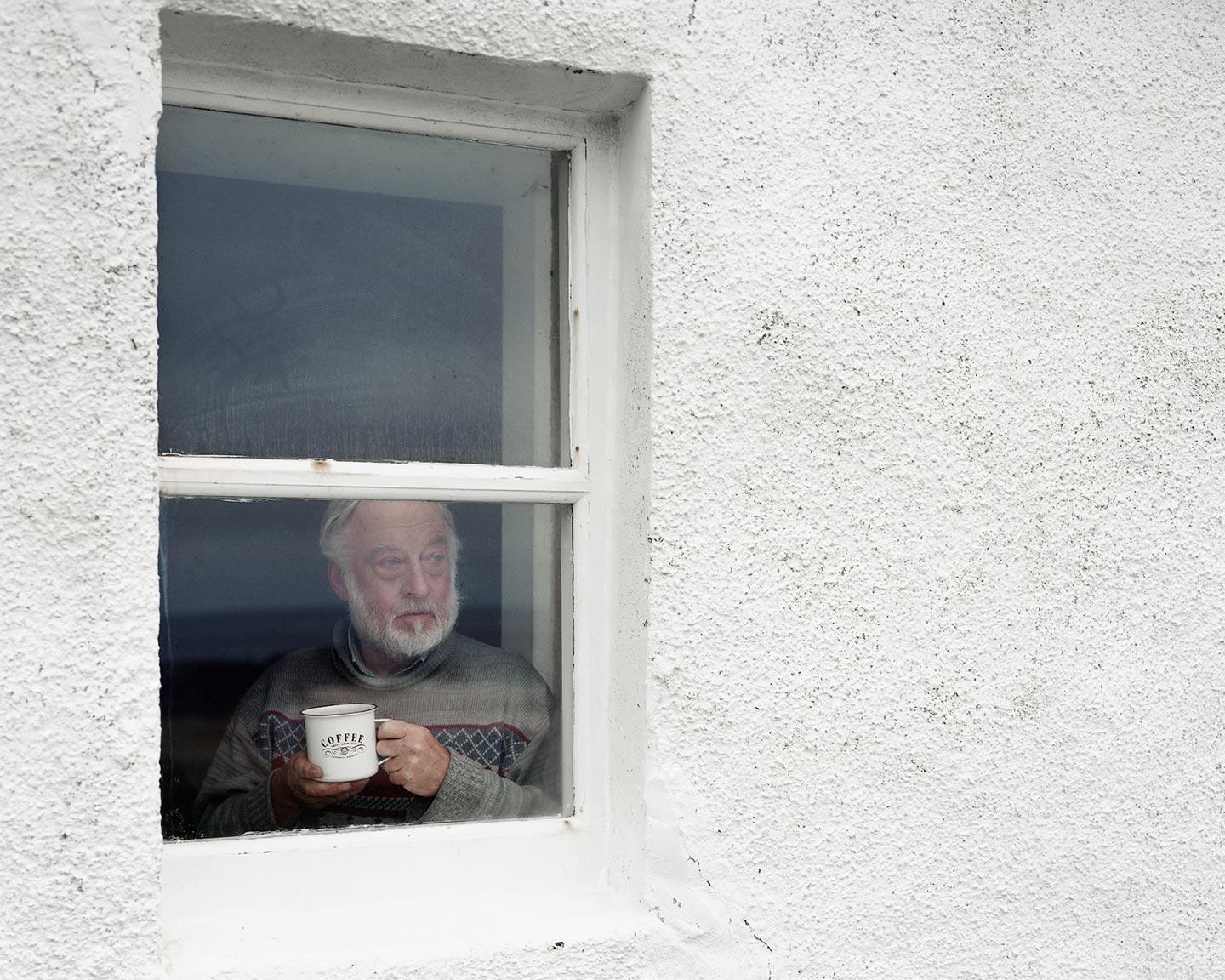 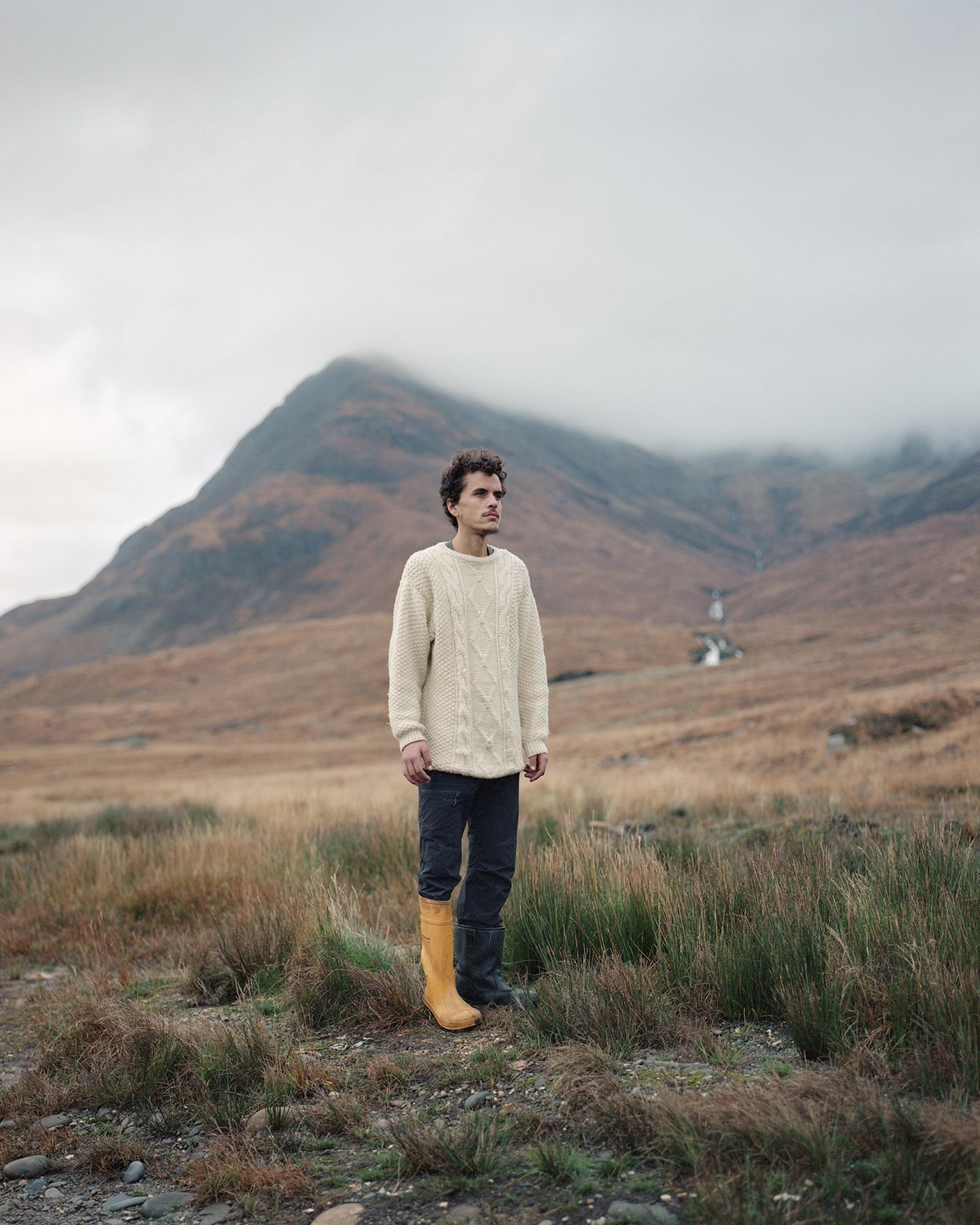 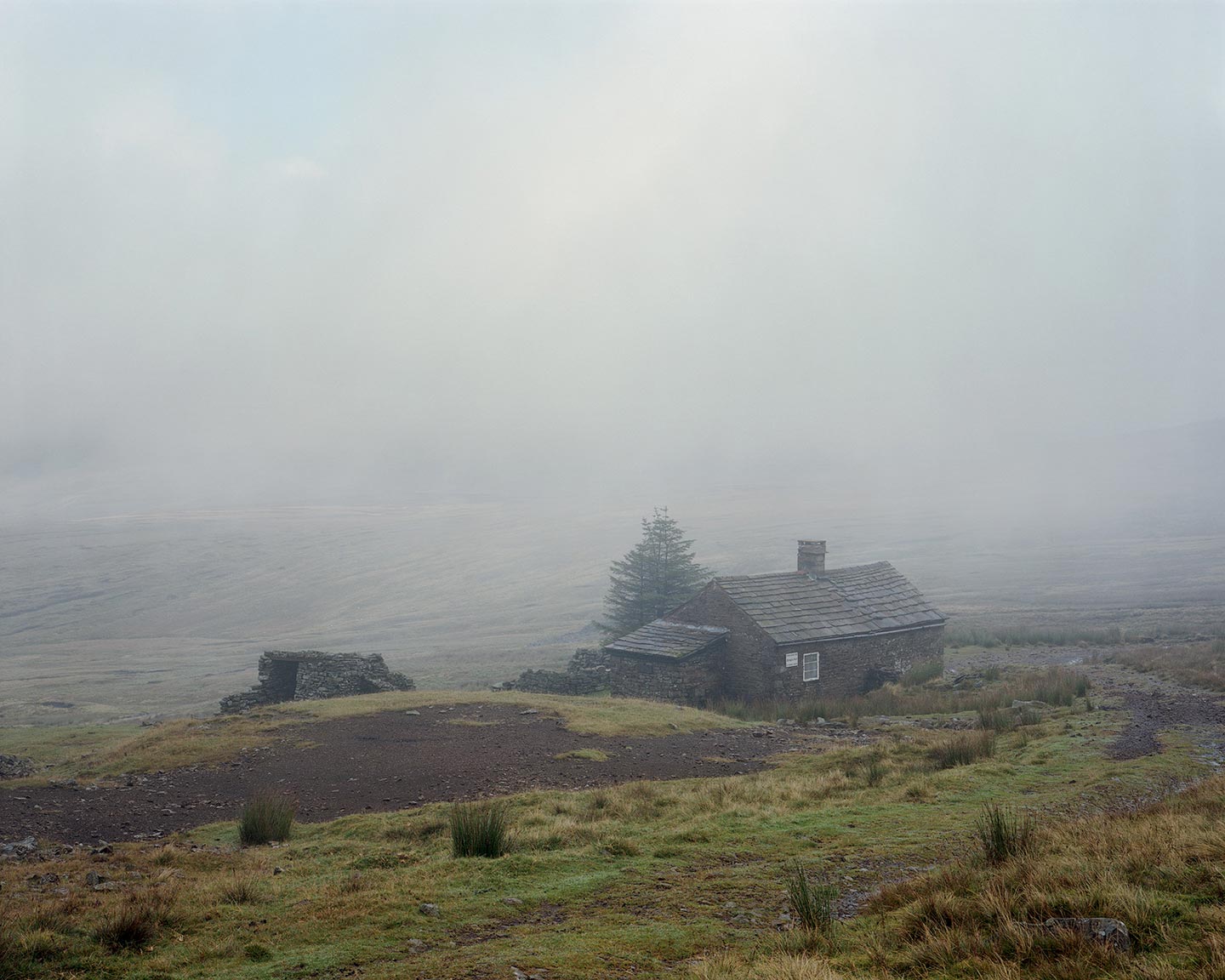 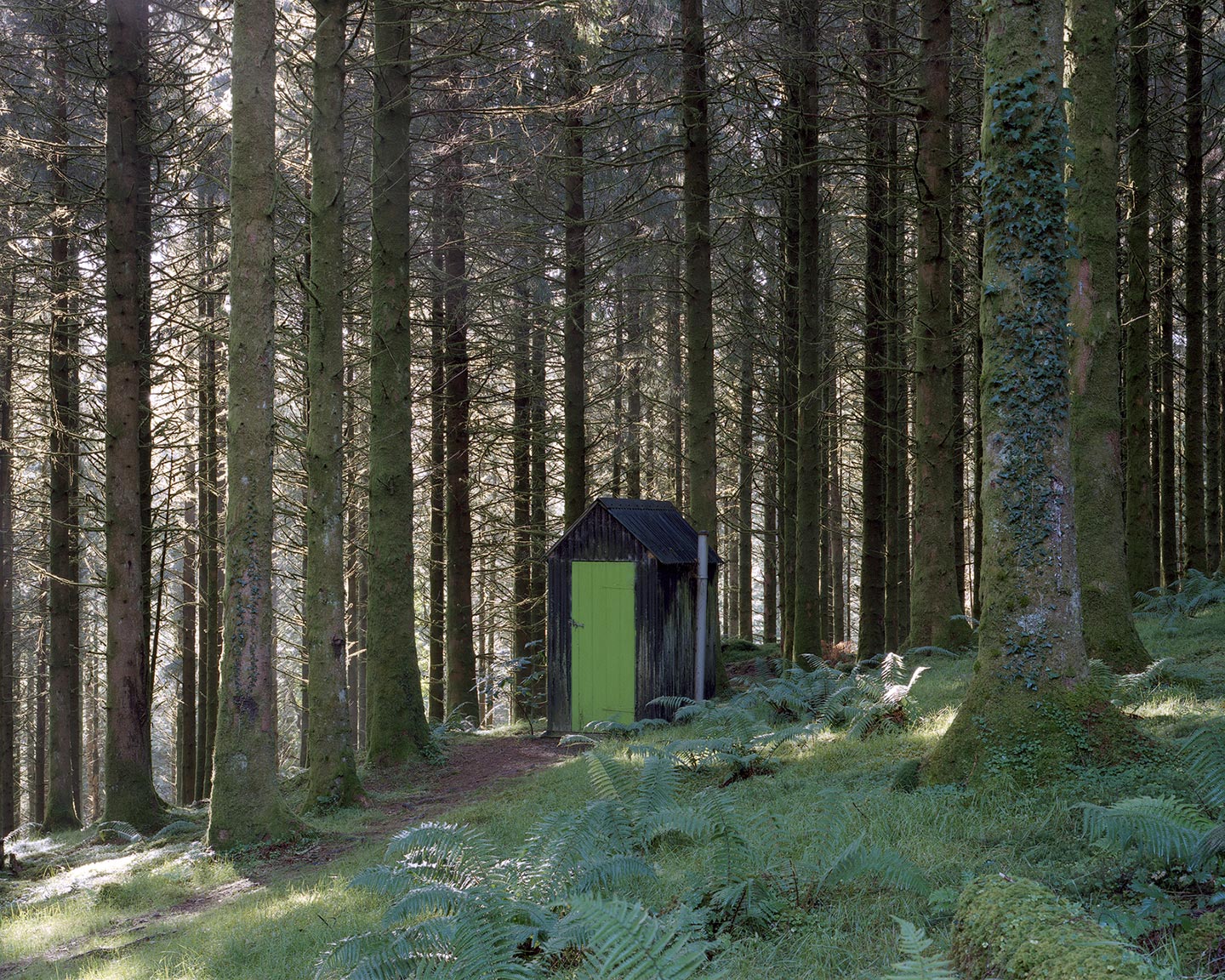 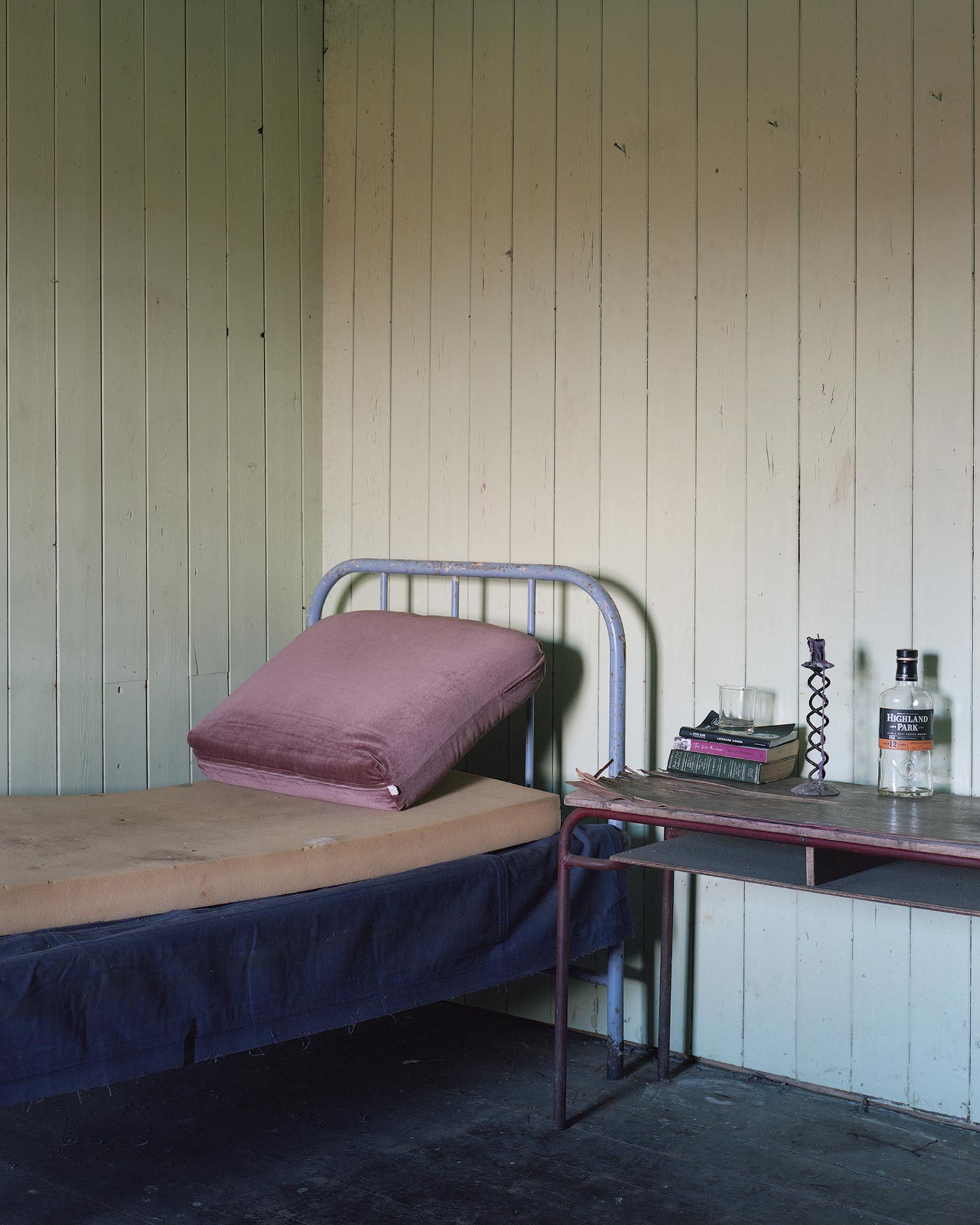 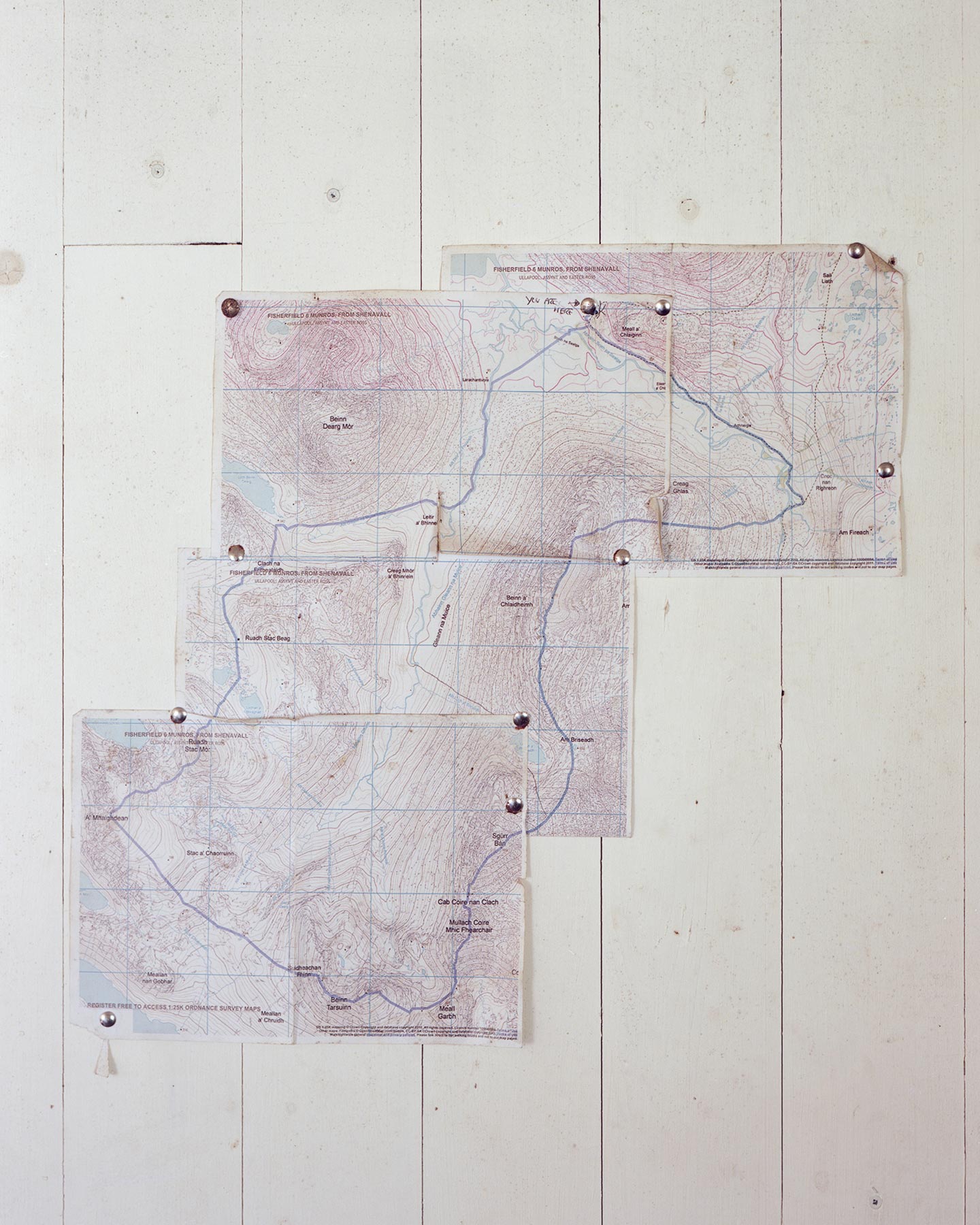 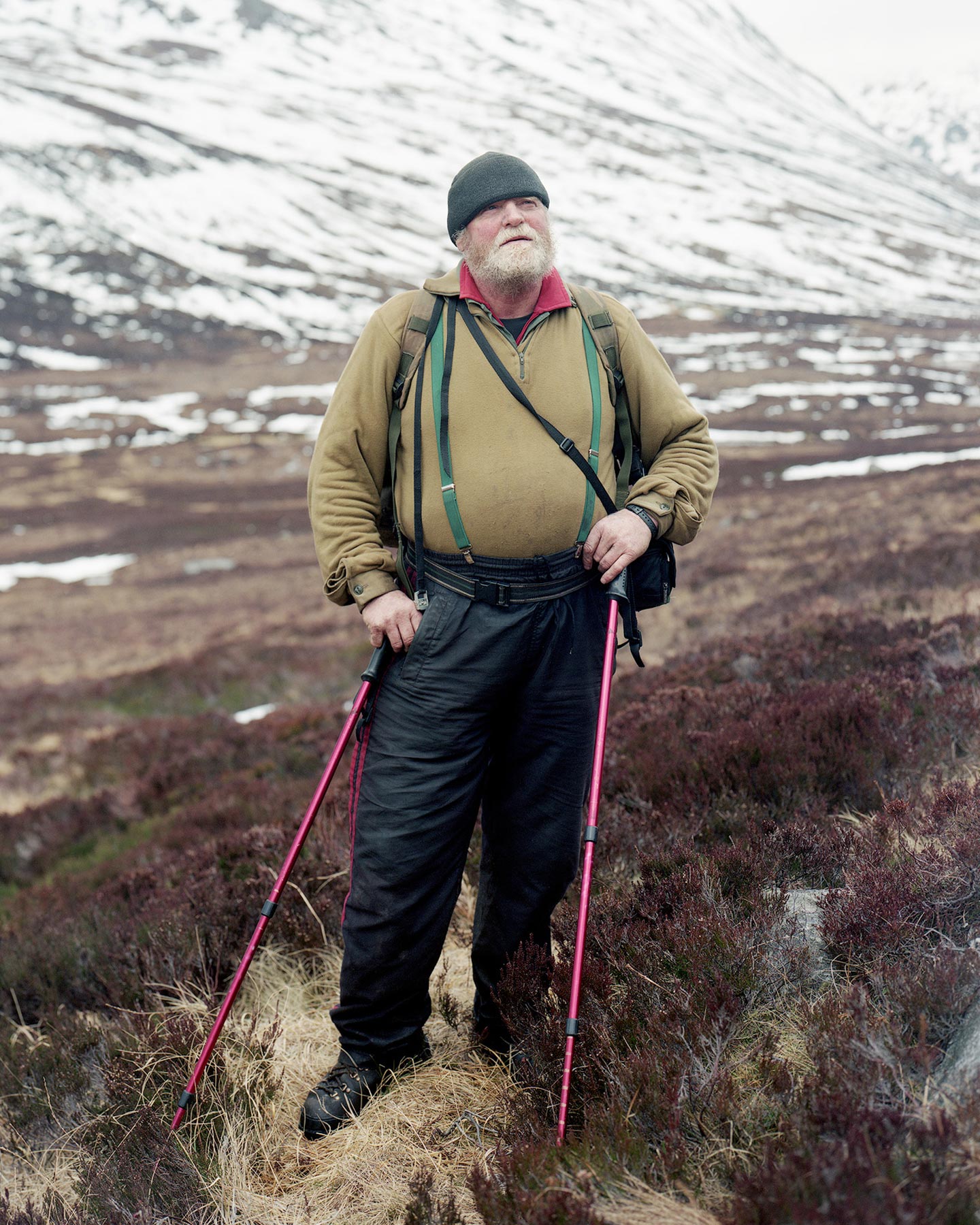 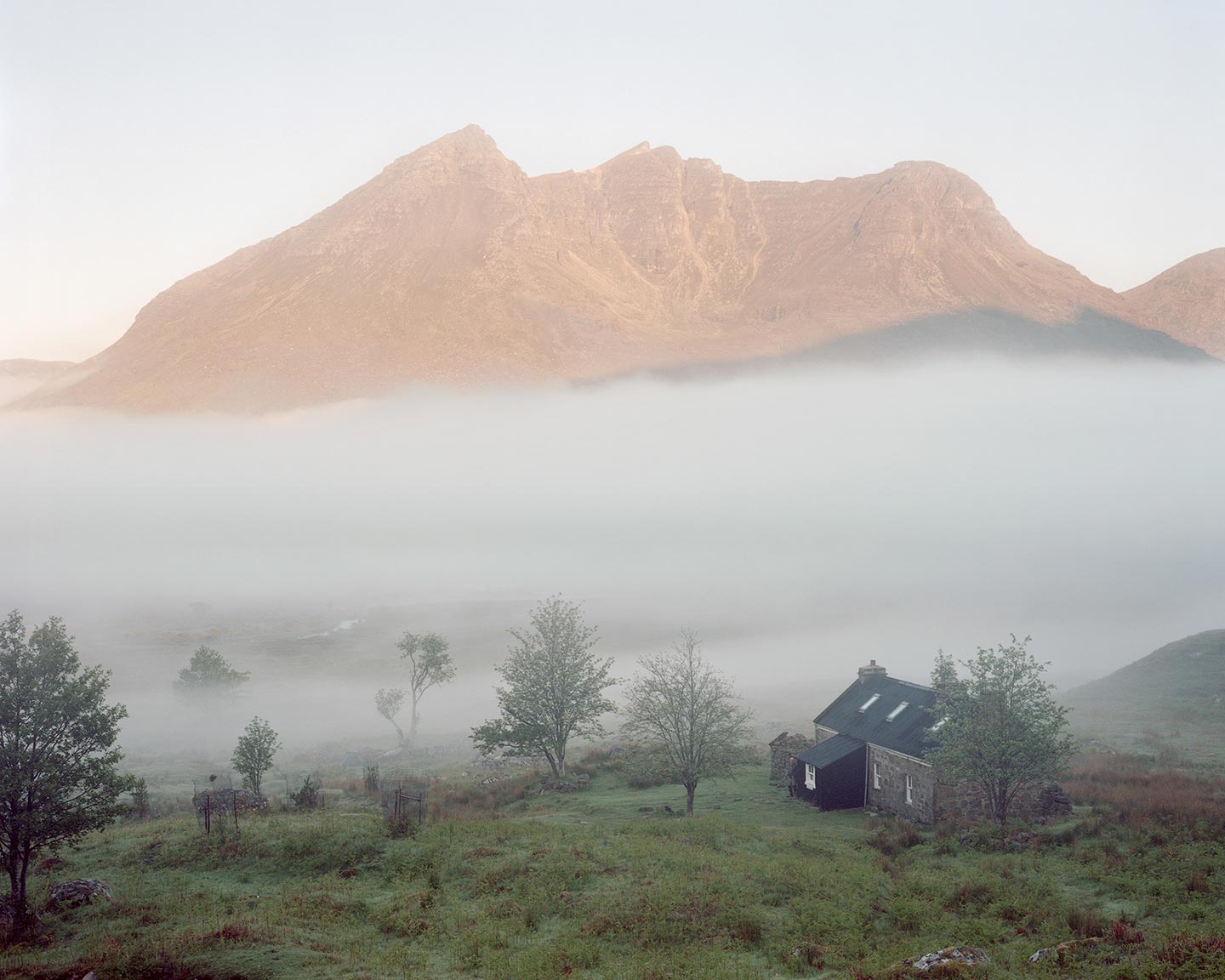 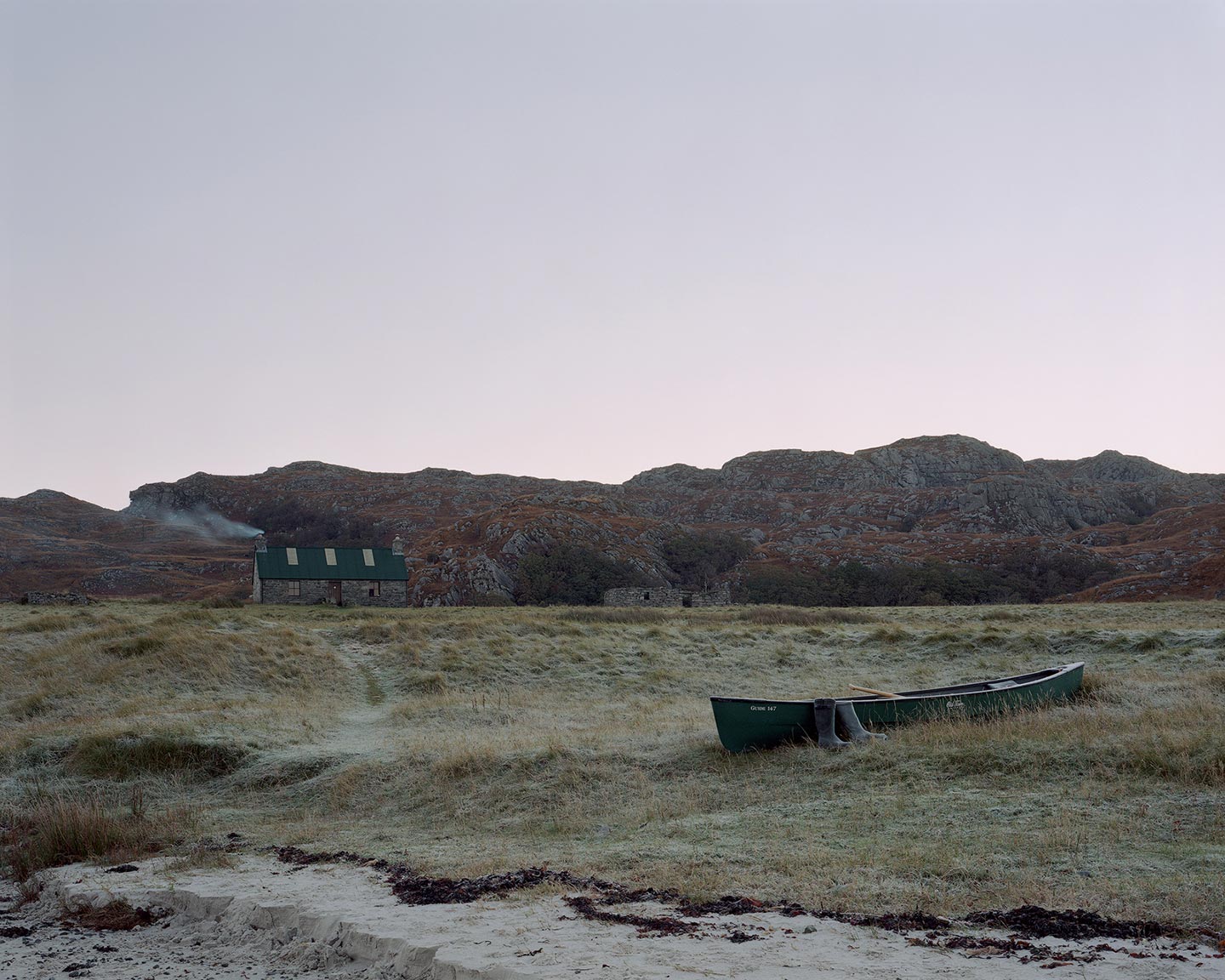 His latest project Black Dots, now available as a photobook published by Another Place Press (buy your copy), is the result of a few years’ work. “It looks at ‘bothying’ and the wider bothy community. For those that aren’t aware, bothies are small refuge huts located in the most wild and lonely places of the British Isles. They’re free to use, and remain unlocked all year round. They serve as a basic shelter for use in emergencies, as well as somewhere to stay if you’re out climbing or trekking.”

“I stumbled across bothies accidentally whilst researching hiking trips to the Highlands of Scotland,” Nicholas says about getting the idea for Black Dots. “I became intrigued not only by these tiny structures in remote places, but also by the people using them. The bothies seemed to attract complete strangers and allowed this sort of primal chemistry to take place. That fascinated me.”

Typically a landscape photographer, in this case Nicholas started photographing human subjects, too. “This is the first time I’ve included portraits in my work. I realized pretty early on that I couldn’t have this conversation about bothying without including that human element to the story. In fact, it’s the most important aspect to the work: I wanted to not only demonstrate the isolation of these places, but simultaneously invite the viewer to become part of the bothy lovers community. There are a number of still life images too—an array of objects that talk about people that have visited these spaces before me.”

“I hope the work resonates with people who are familiar with bothying and the British outdoors in general. Additionally, I’d like viewers to feel that same sense of intrigue that I felt when I first ‘discovered’ it: I find it reassuring, in many ways, that in 2018 there are still a handful of places where you can disappear for a while. I hope the viewers can feel the same way.”

Nicholas didn’t have any specific references in mind for Black Dots except for “outdoors forums and blogs where people would describe certain bothy experiences. I felt detached from them at first, but as the work developed I could begin to relate a lot more.” His top four favorite contemporary photographers are Simon Norfolk, Olaf Otto Becker, Simon Roberts and Richard Mosse. The last photobook he bought was Bleed by Simon Norfolk (“It was the one book that, for one reason or another, never found its way onto my bookshelf. I rectified that recently!“).