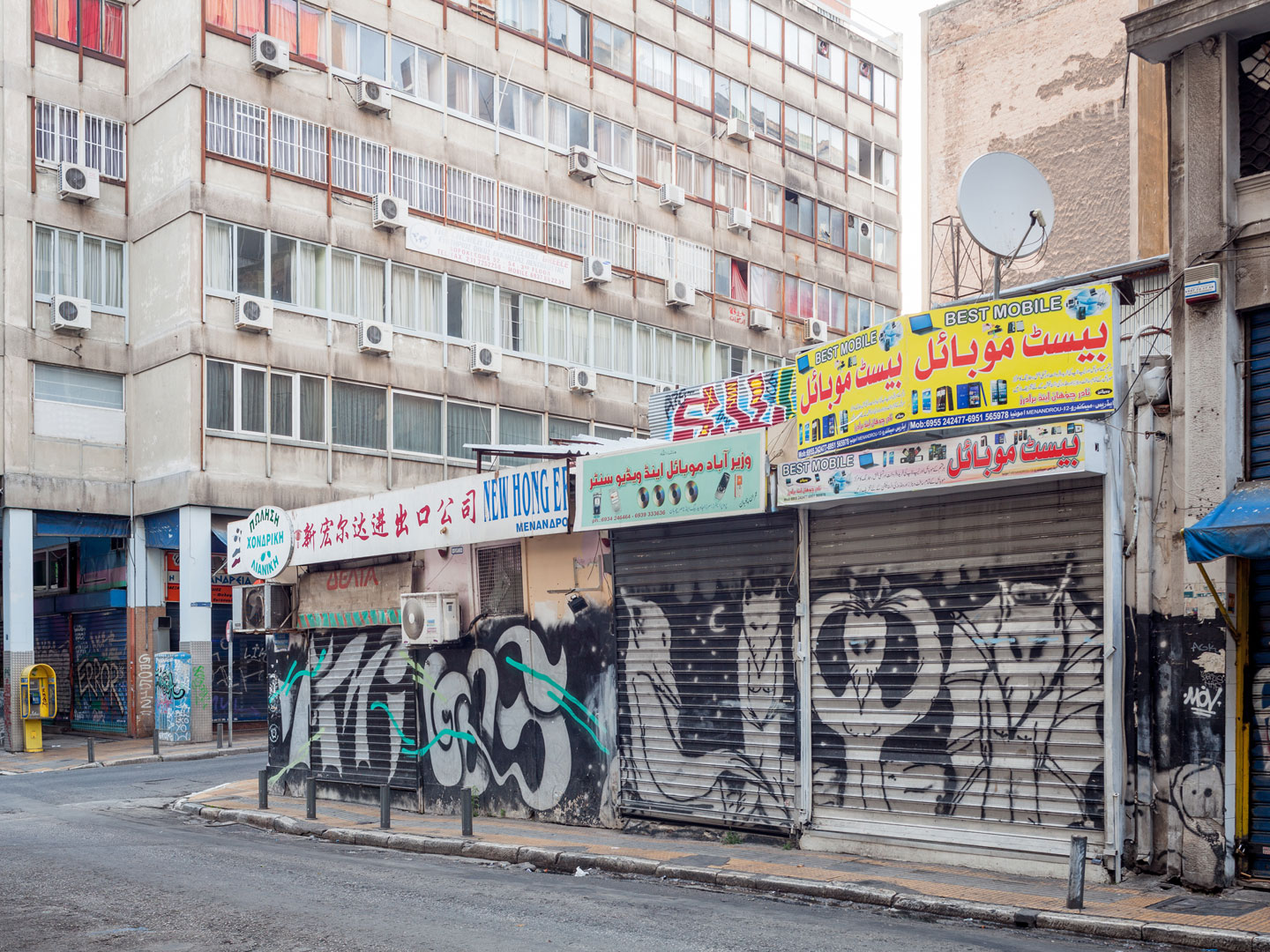 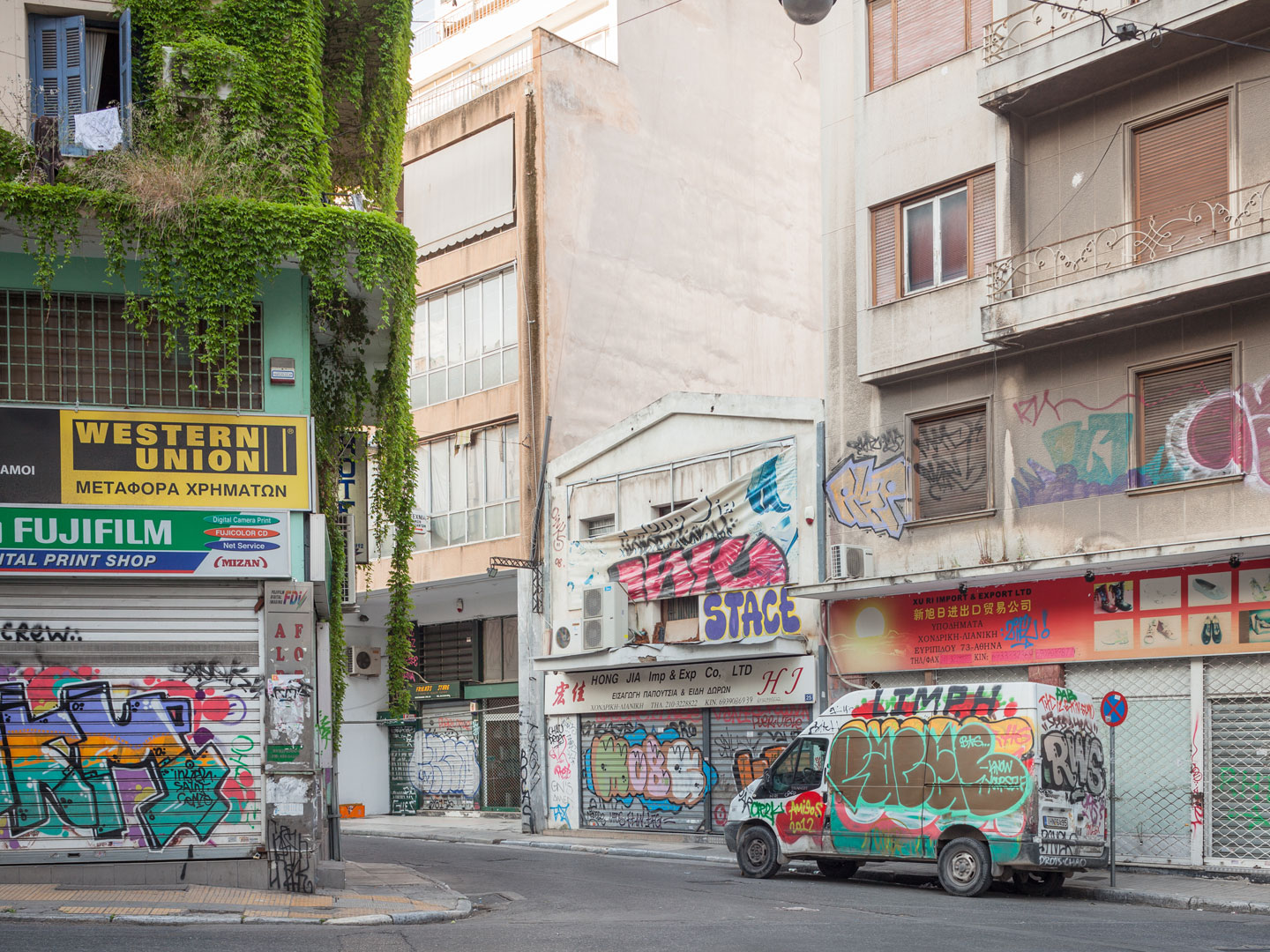 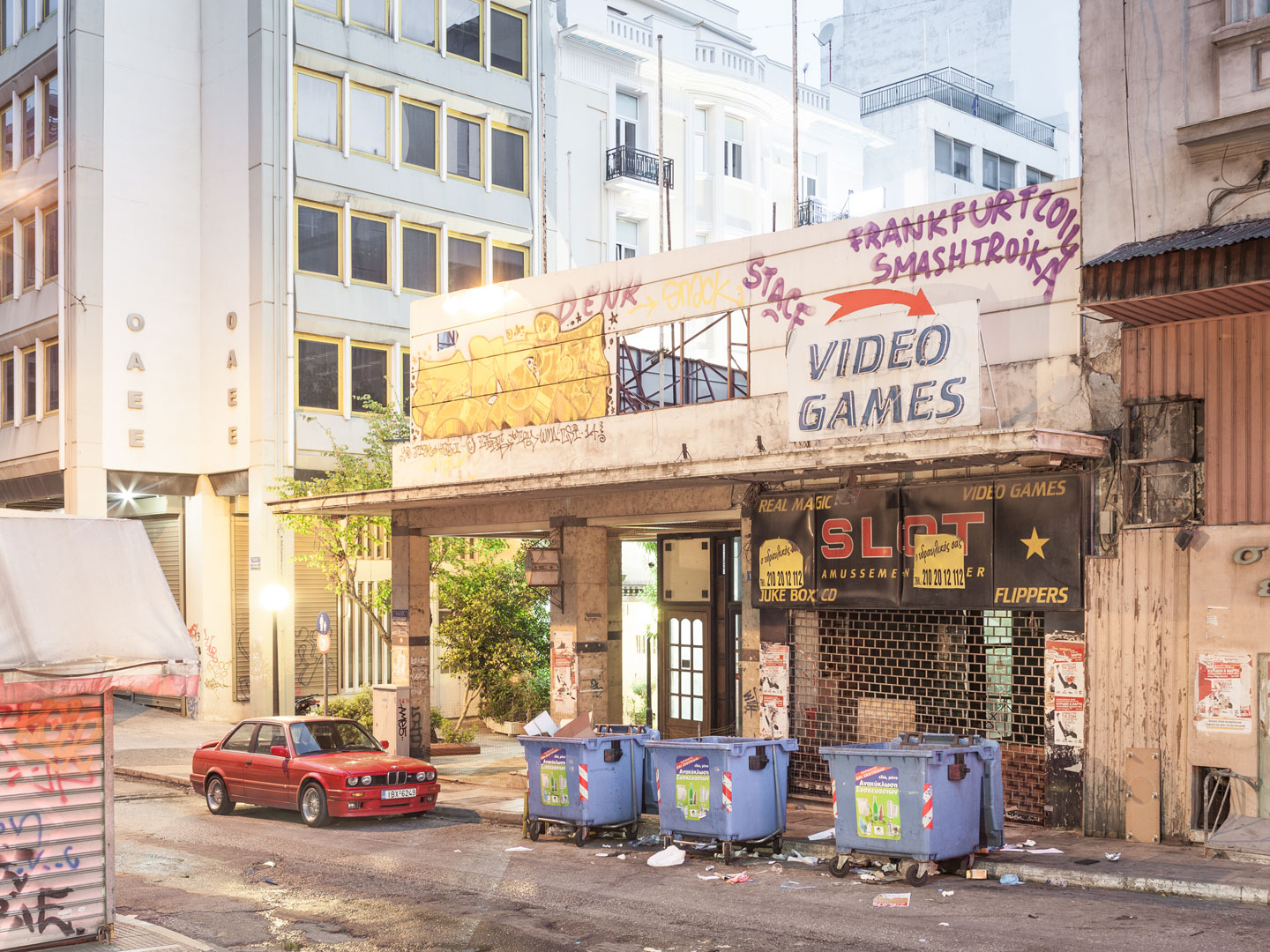 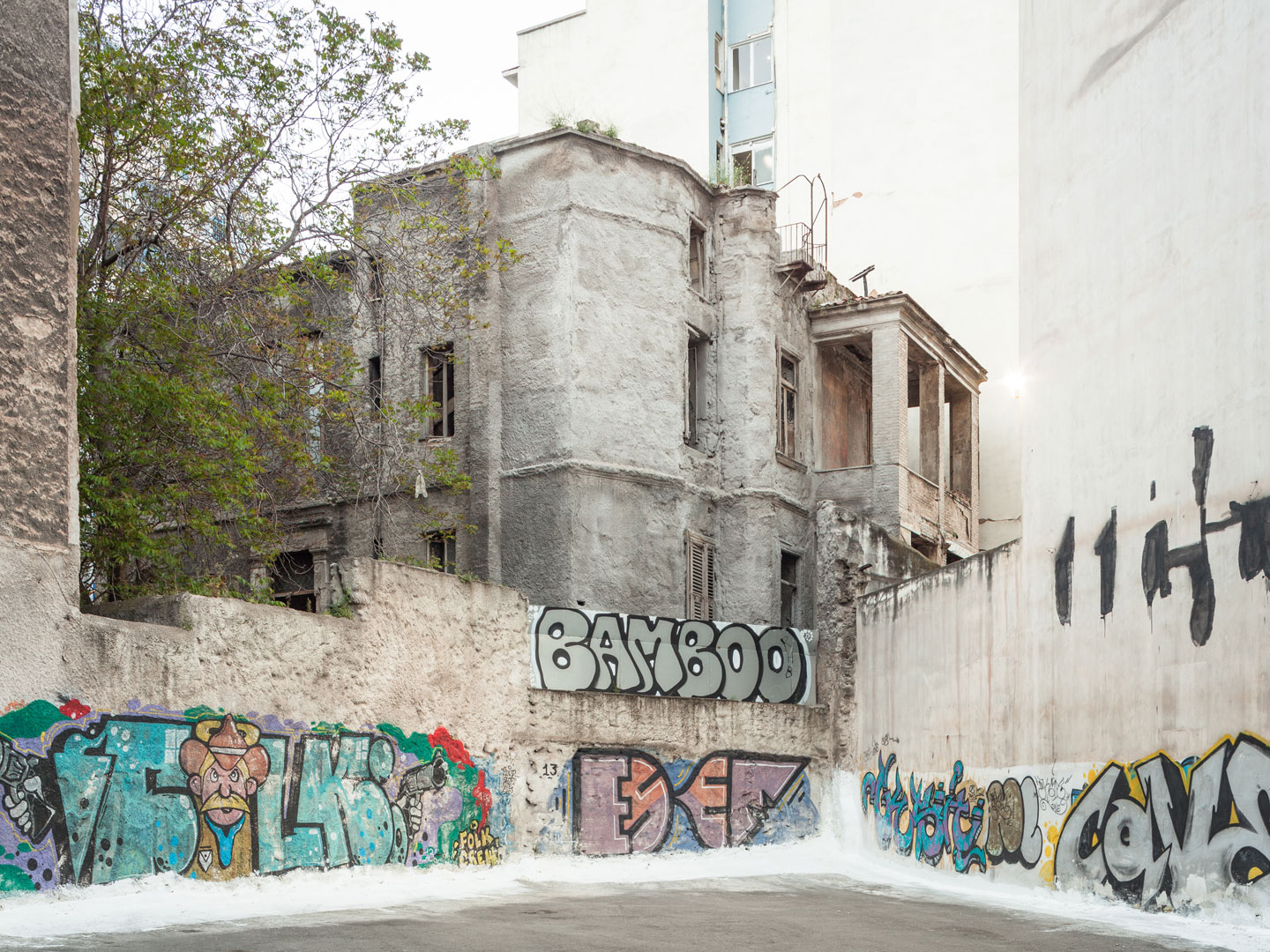 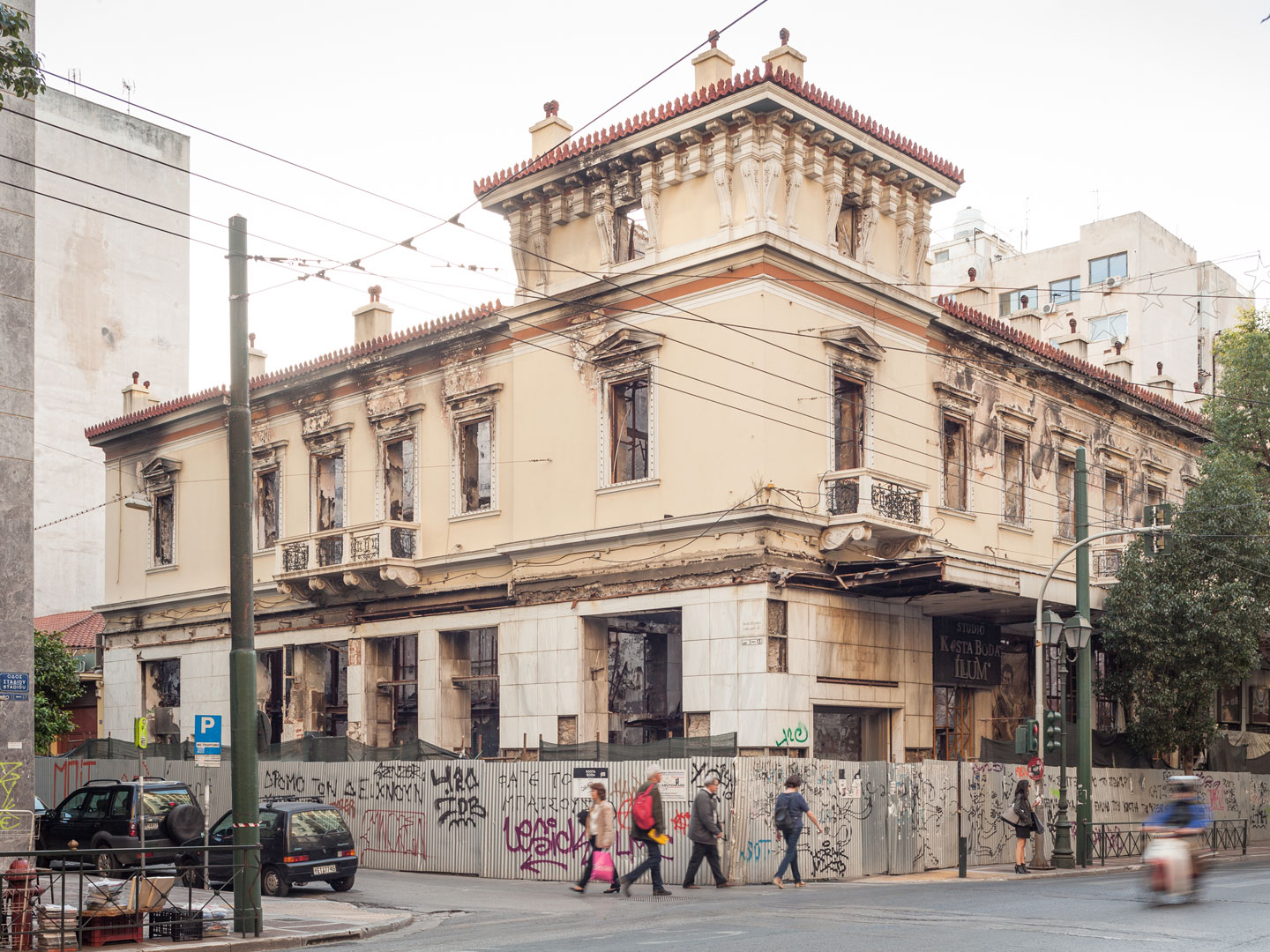 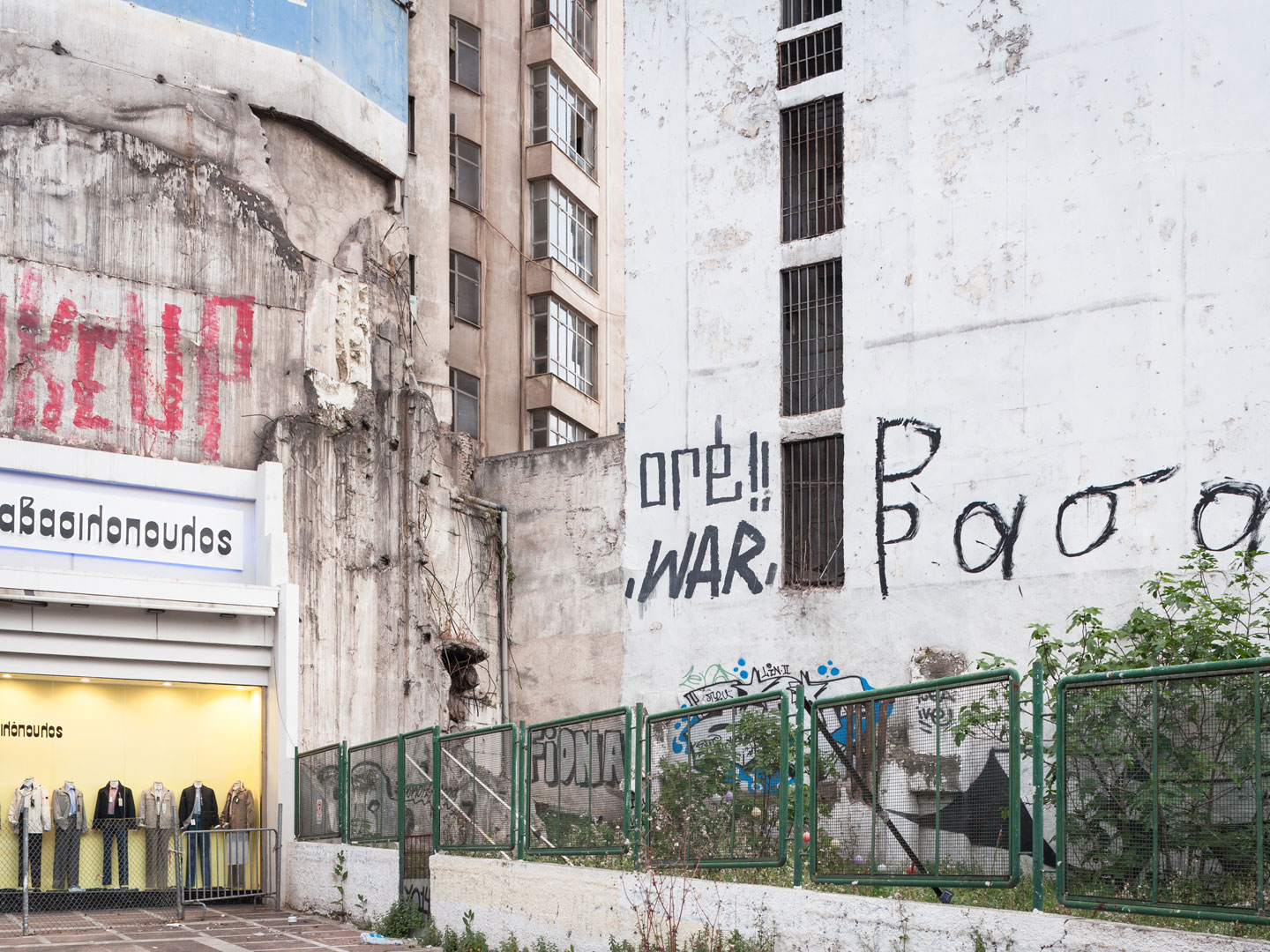 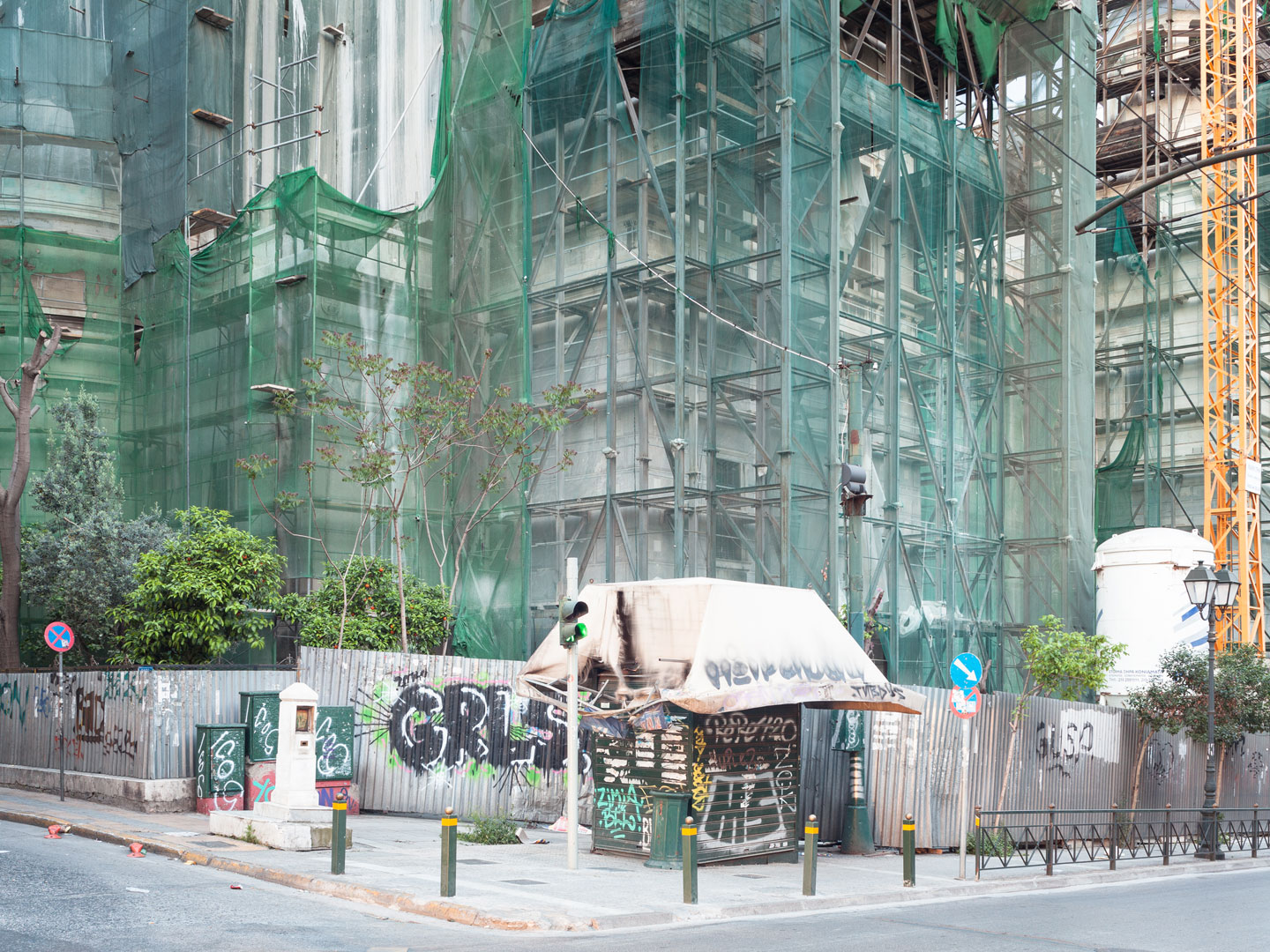 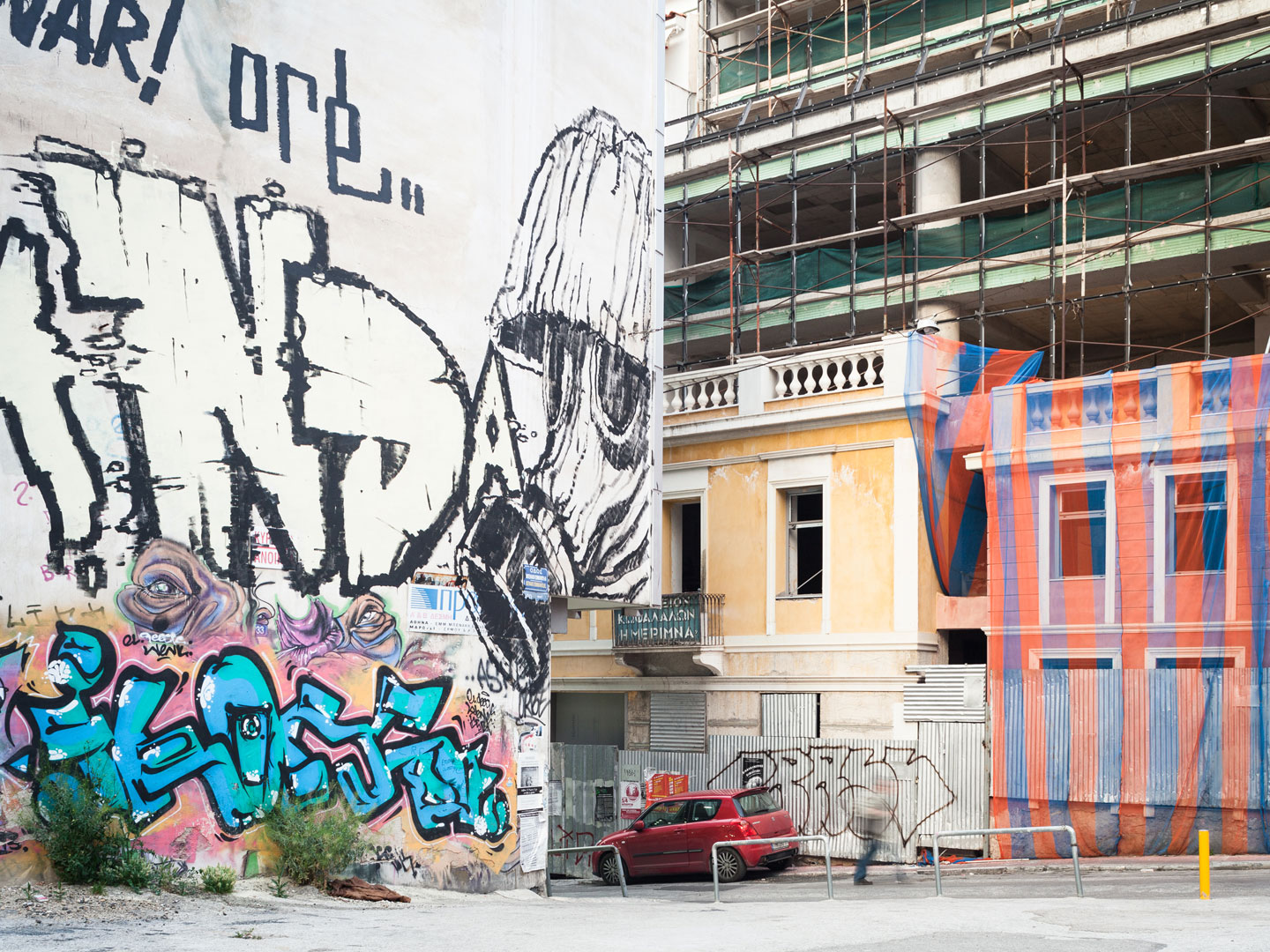 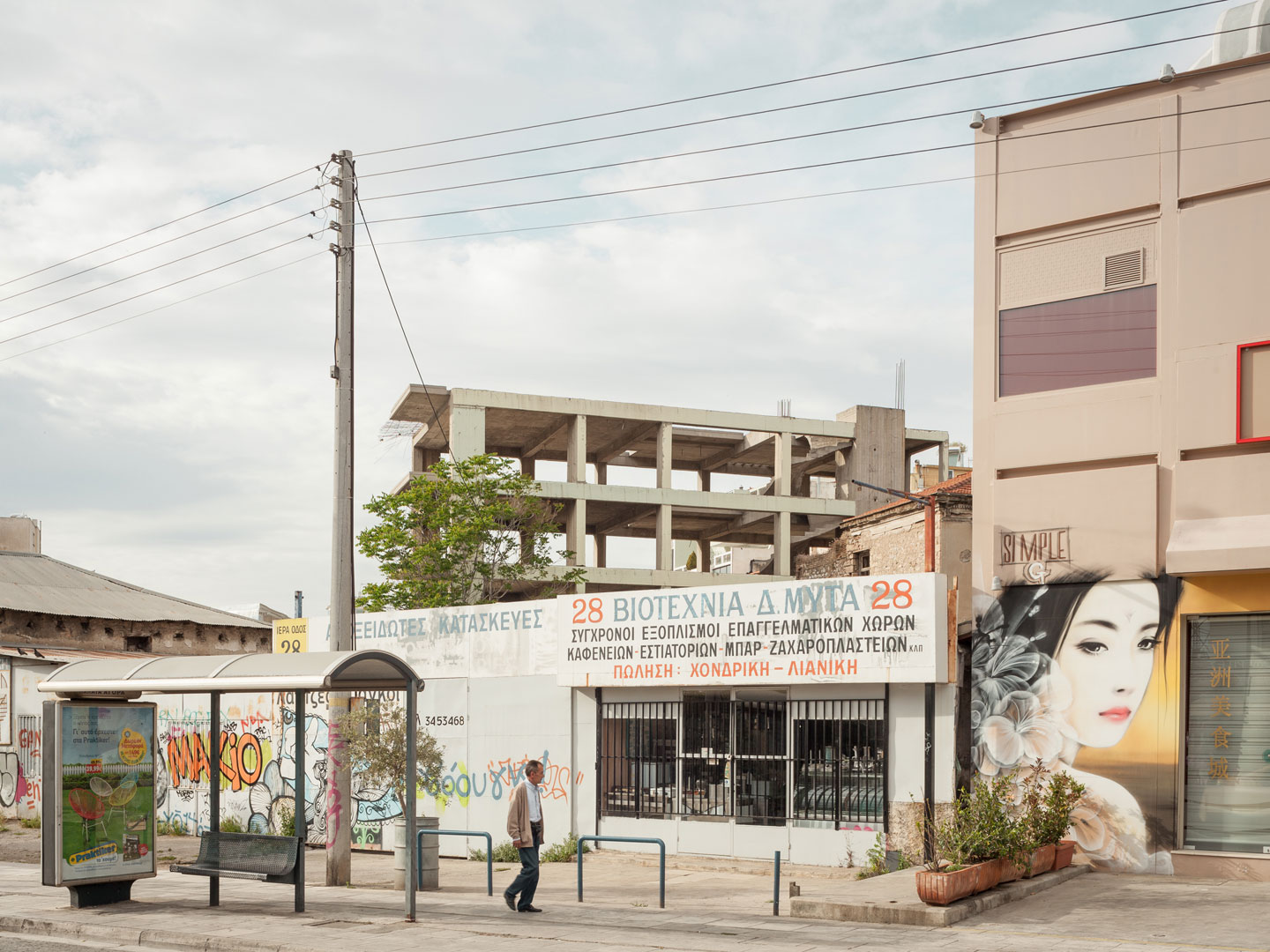 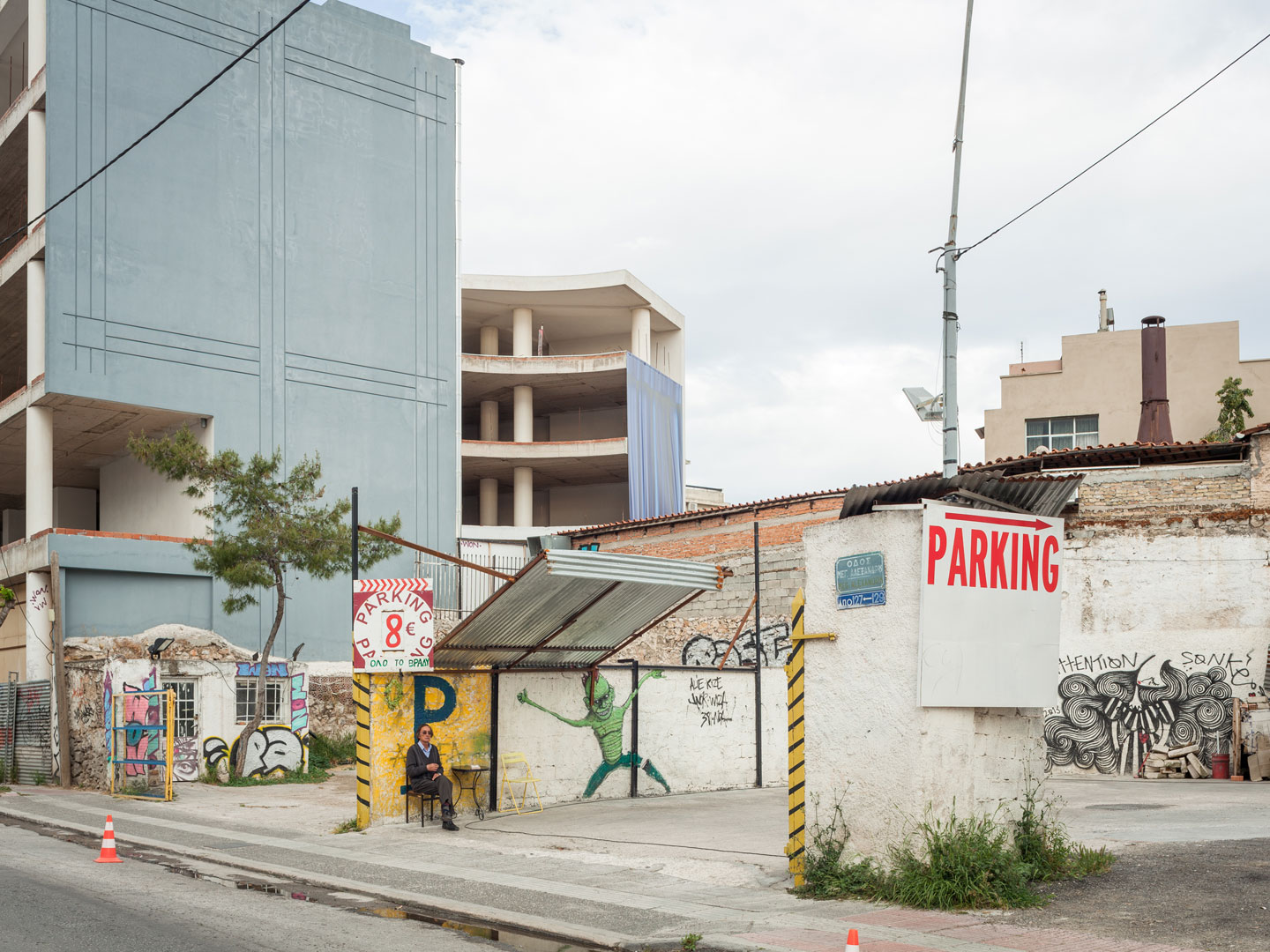 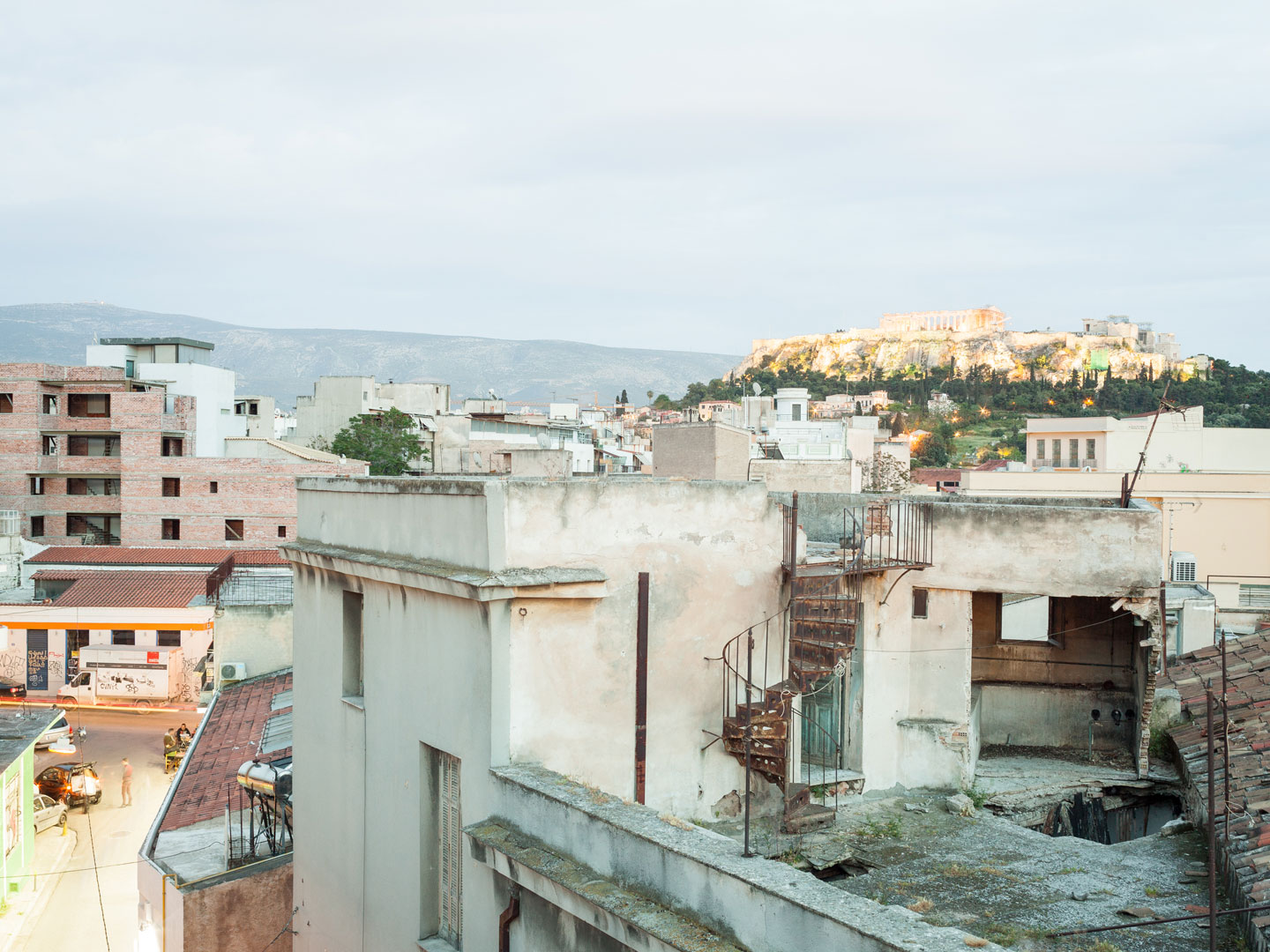 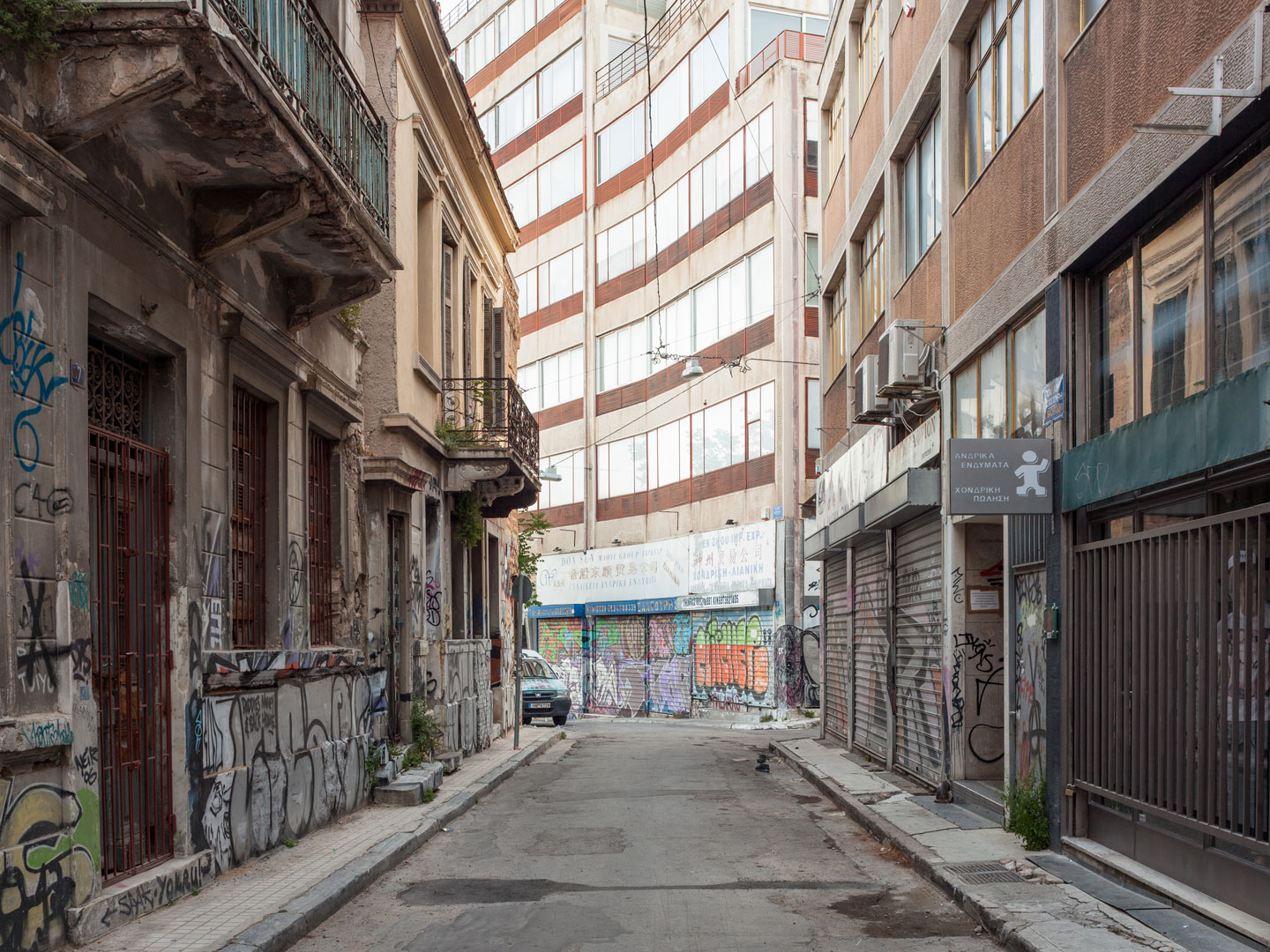 Last Spring, between the end of April and the beginning of May, German photographer Peter Bialobrzeski spent a dozen of days in Athens. The destiny of Greece was very uncertain at the time: the crisis that has been gripping the country for the last years was at a peak, and the conflict between the Tsipras government and the European Union was in full swing. Was Greece to stay in the EU or not?

Athens Diary is a recently released book of photographs Bialobrzeski took during his trip to Athens. The pictures were shot in Plaka, the ancient town of Athens sprawling at the feet of the Akropolis, and in particular around Omonia Square. In the images we see both old and unfinished buildings, and graffiti everywhere – Athens from here “looks like a war zone“, as Bialobrzeski himself puts it in the short report included in Athens Diary. “Once one gets used to the masses of graffiti, the crisis seems less visible” the photographer continues: he spots hip eateries and American-style coffeeshops, for example. But the signs of the crisis remain in the beggars on the streets, the generally cheap clothes people wear, the lines of elderly people waiting outside the banks at an early hour to get cash.

Athens Diary is published by The Velvet Cell – buy your copy here.