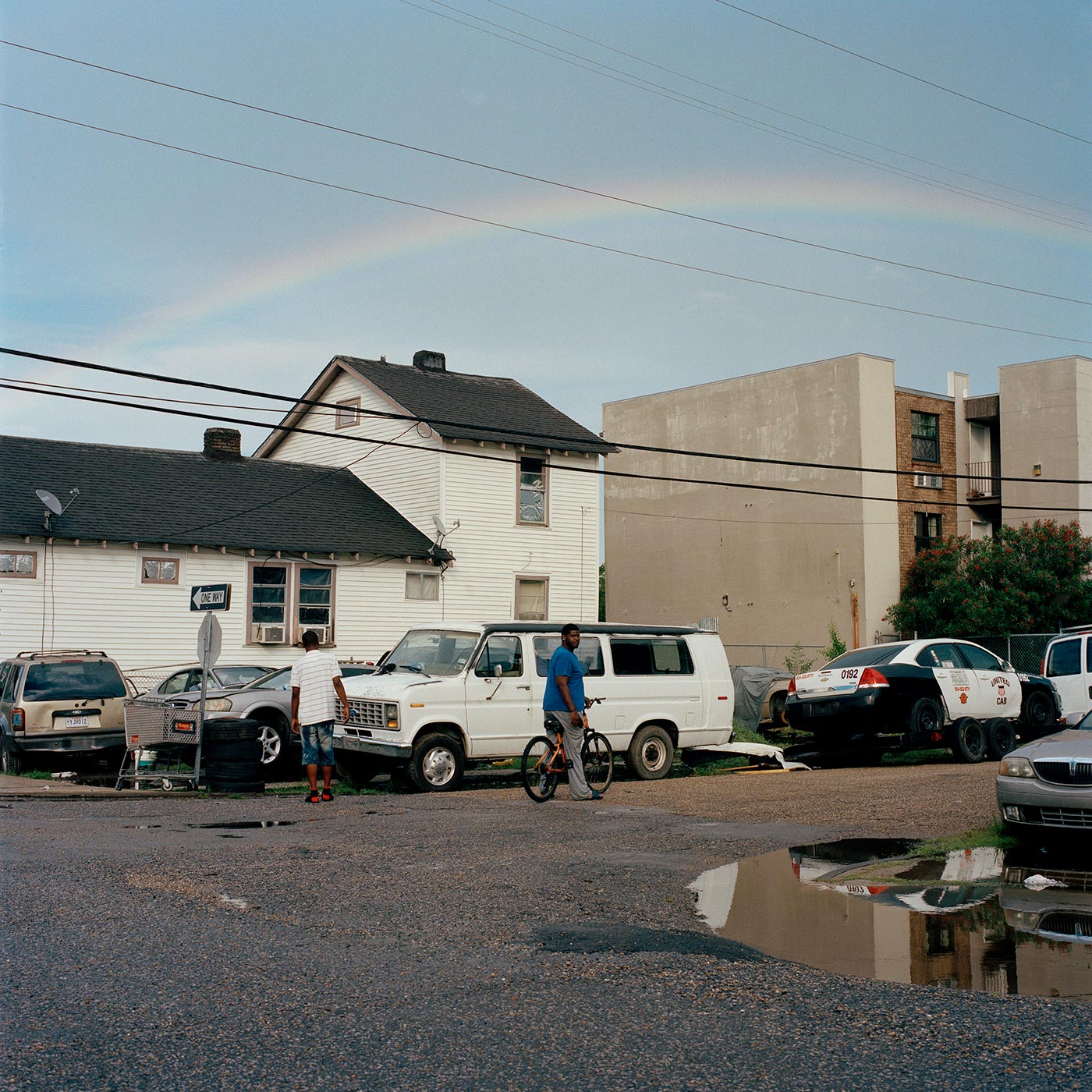 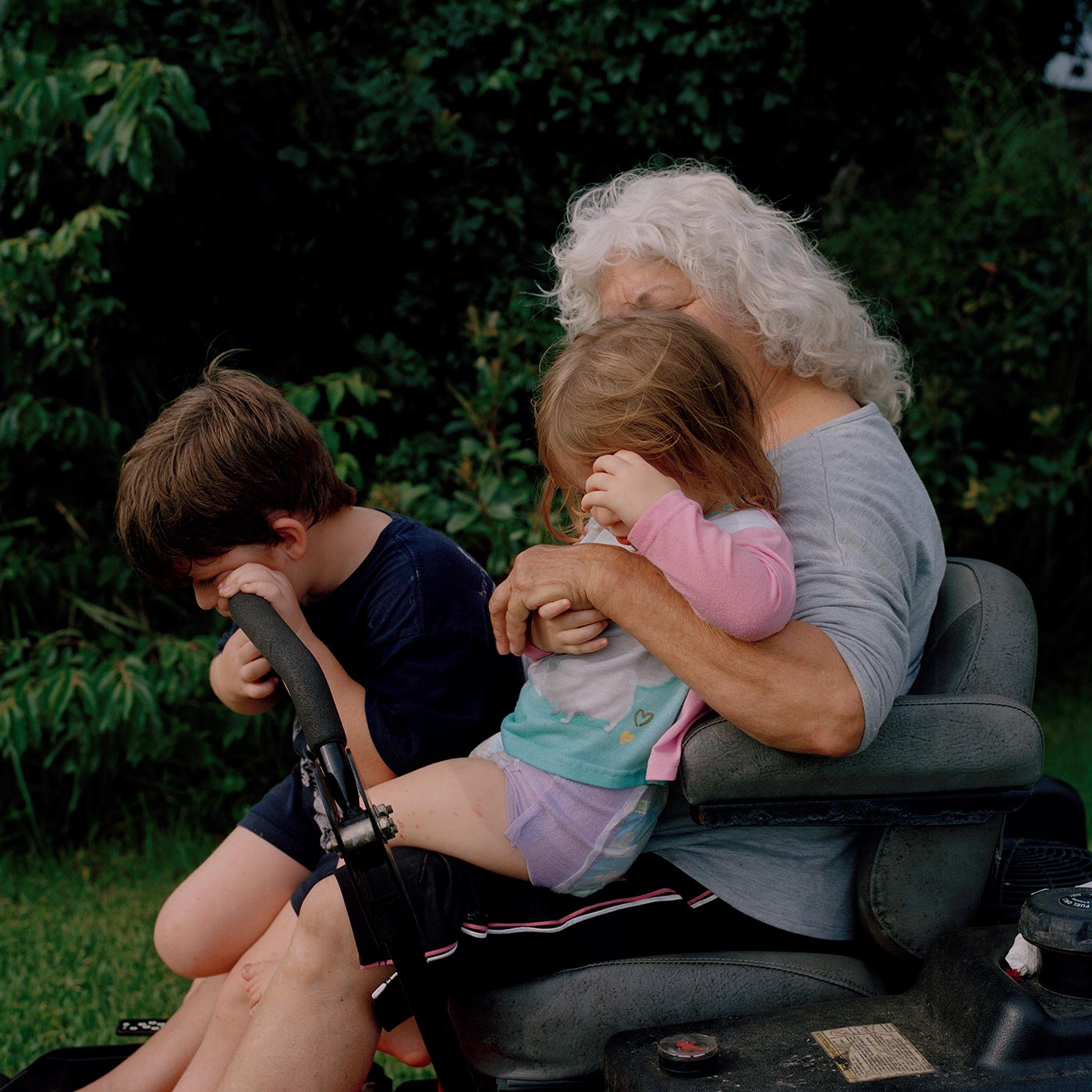 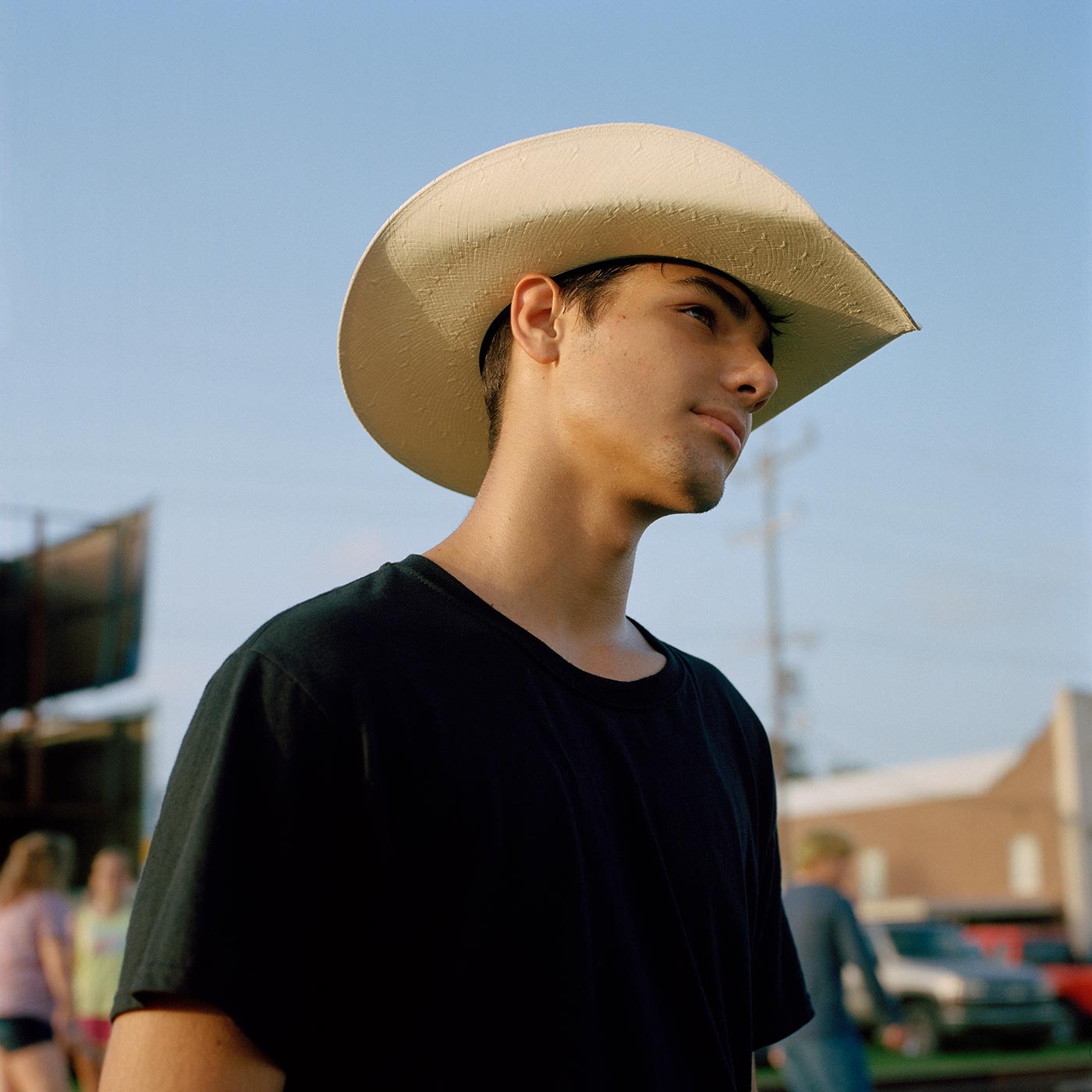 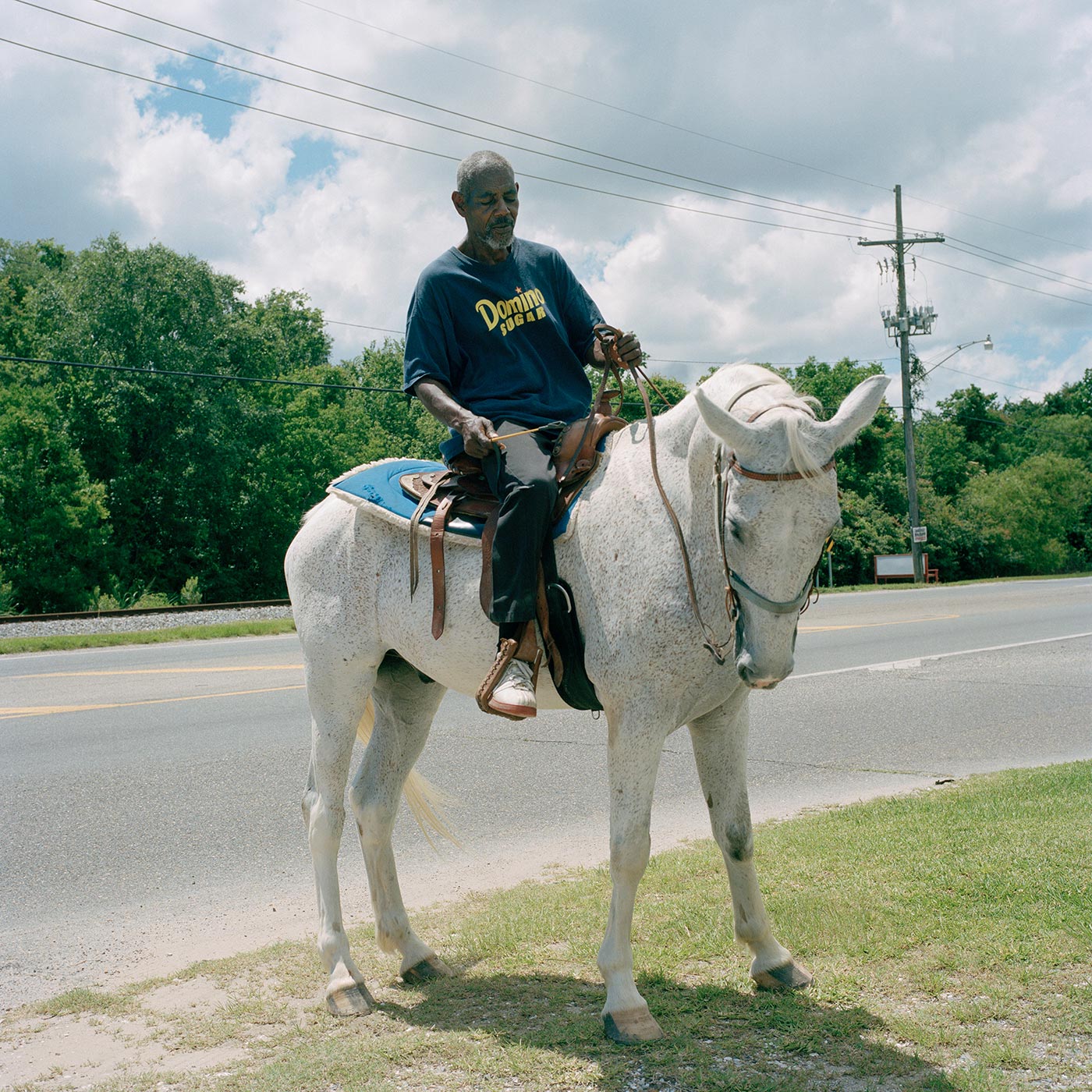 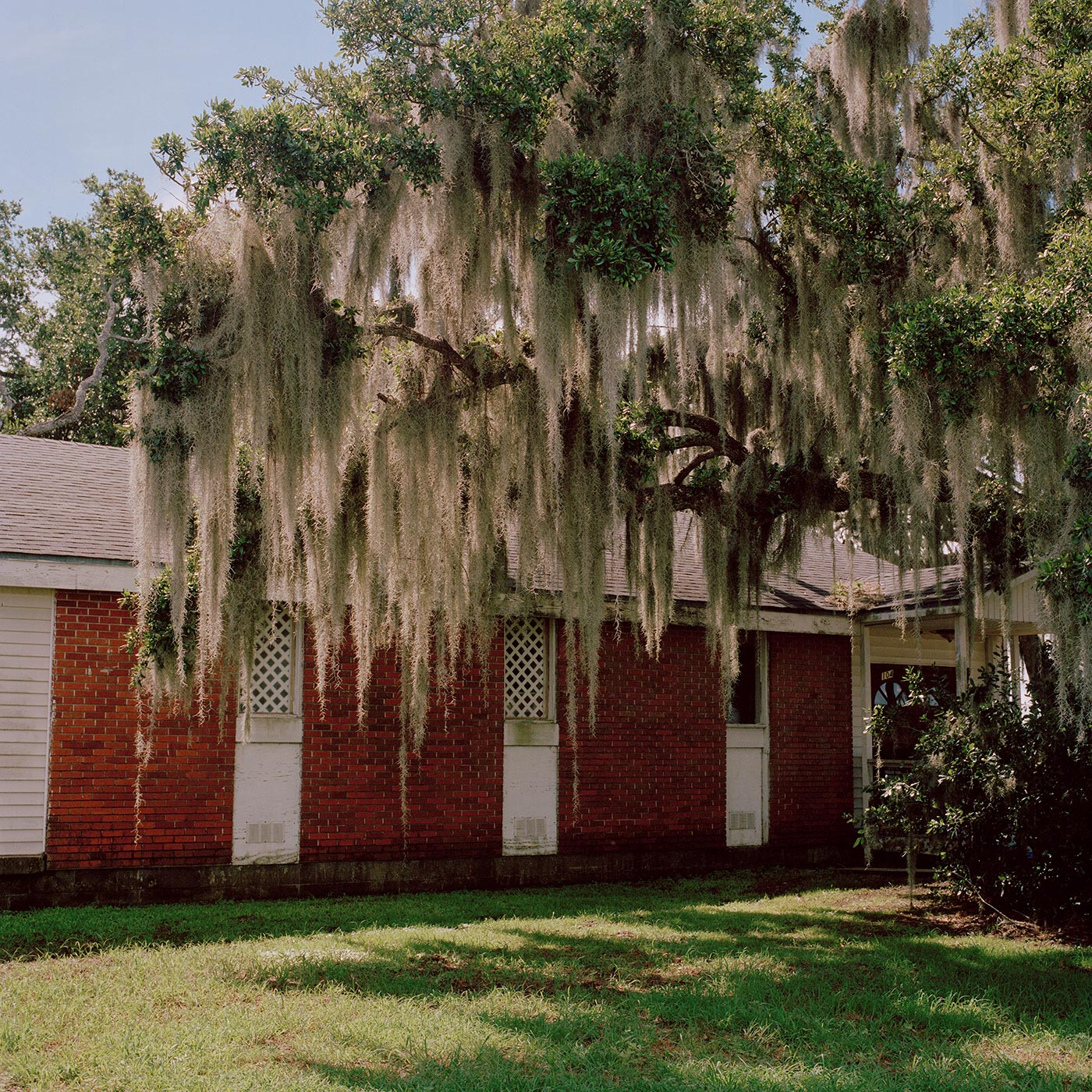 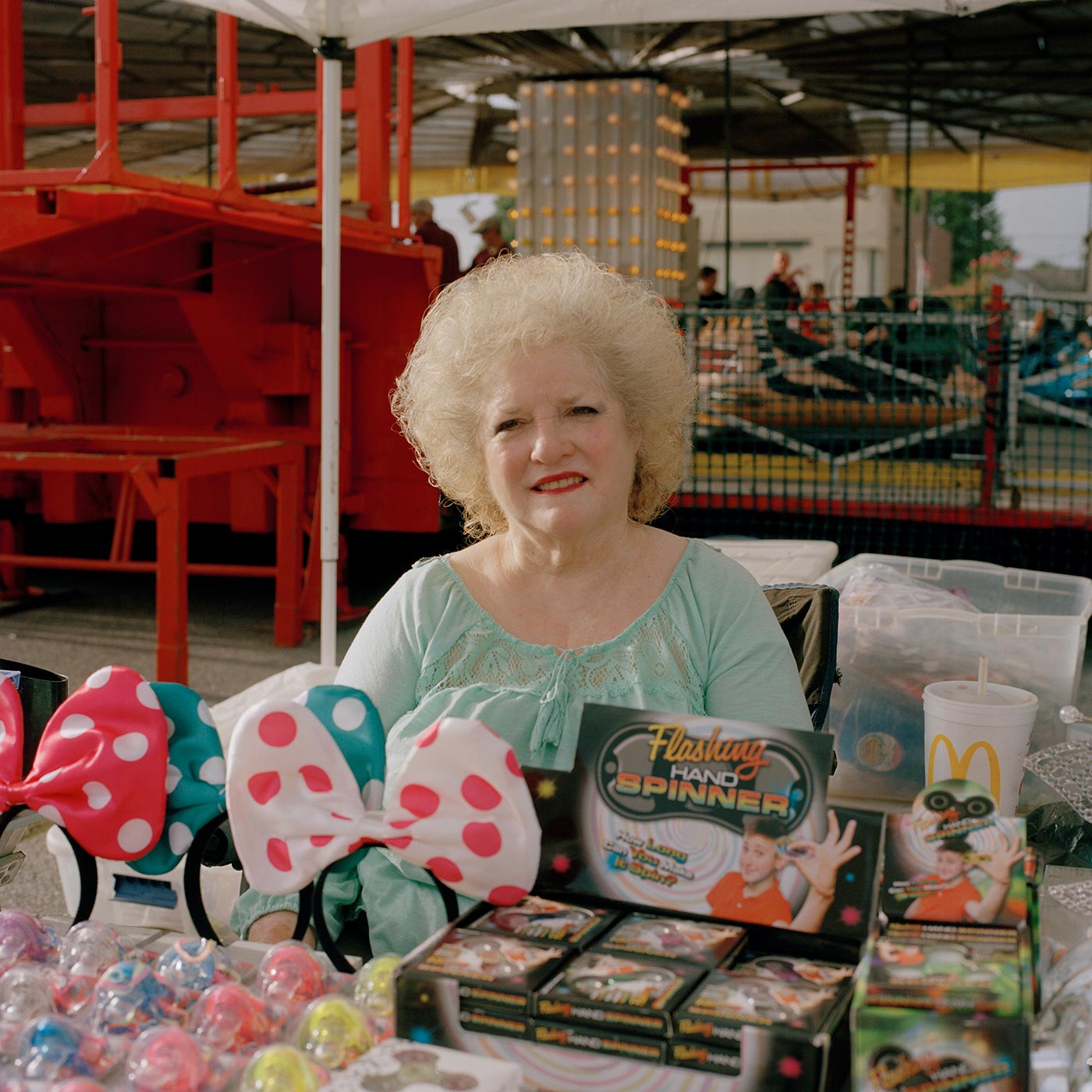 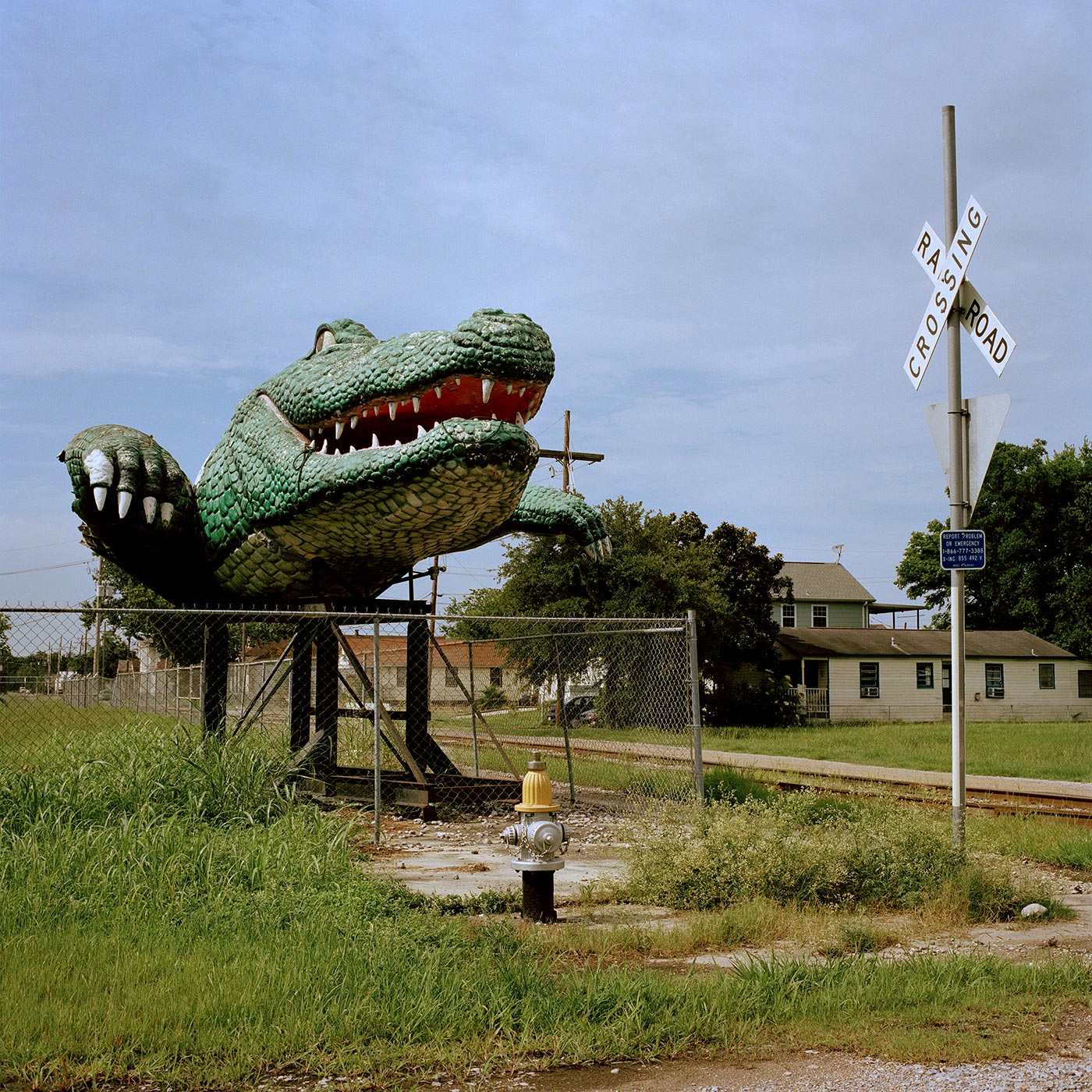 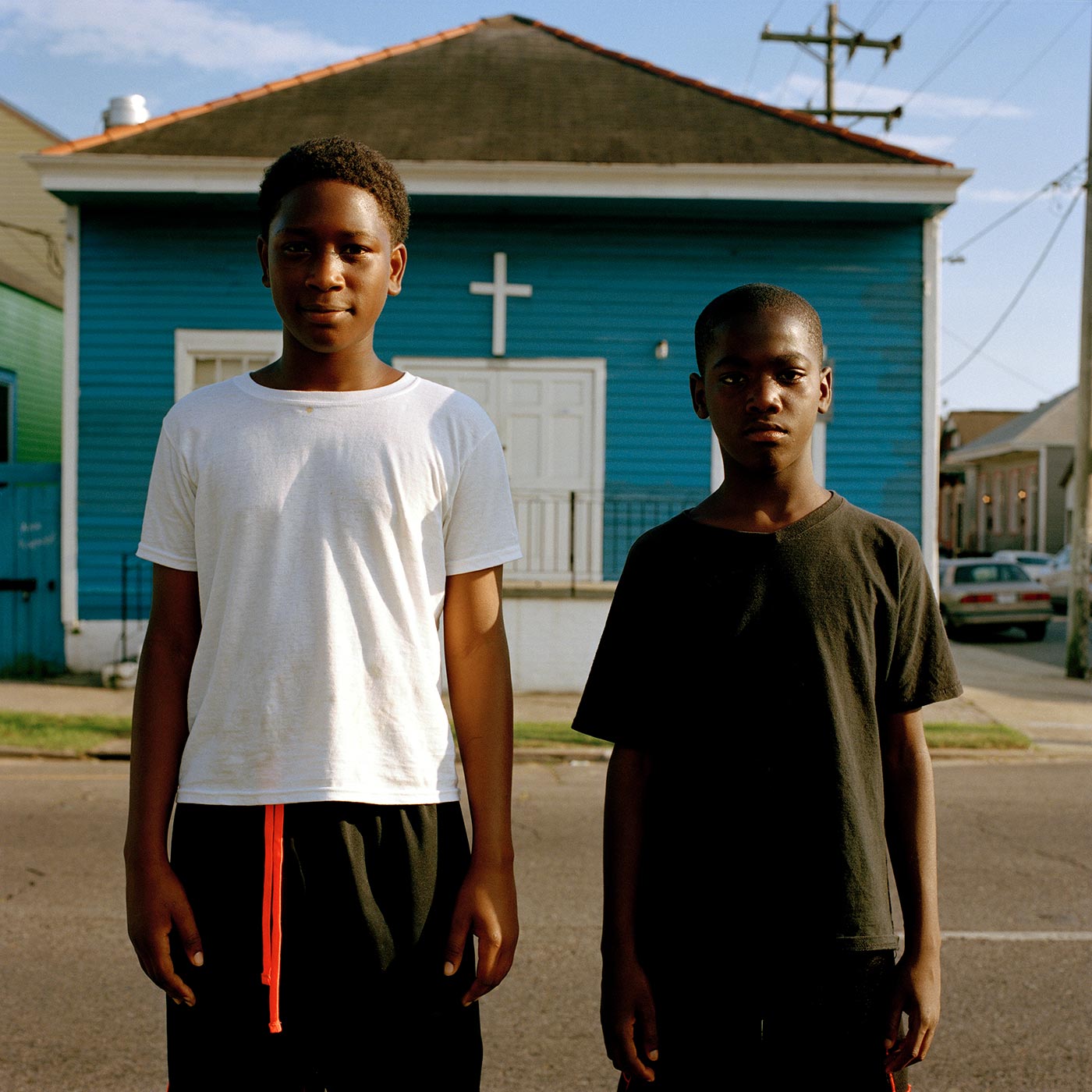 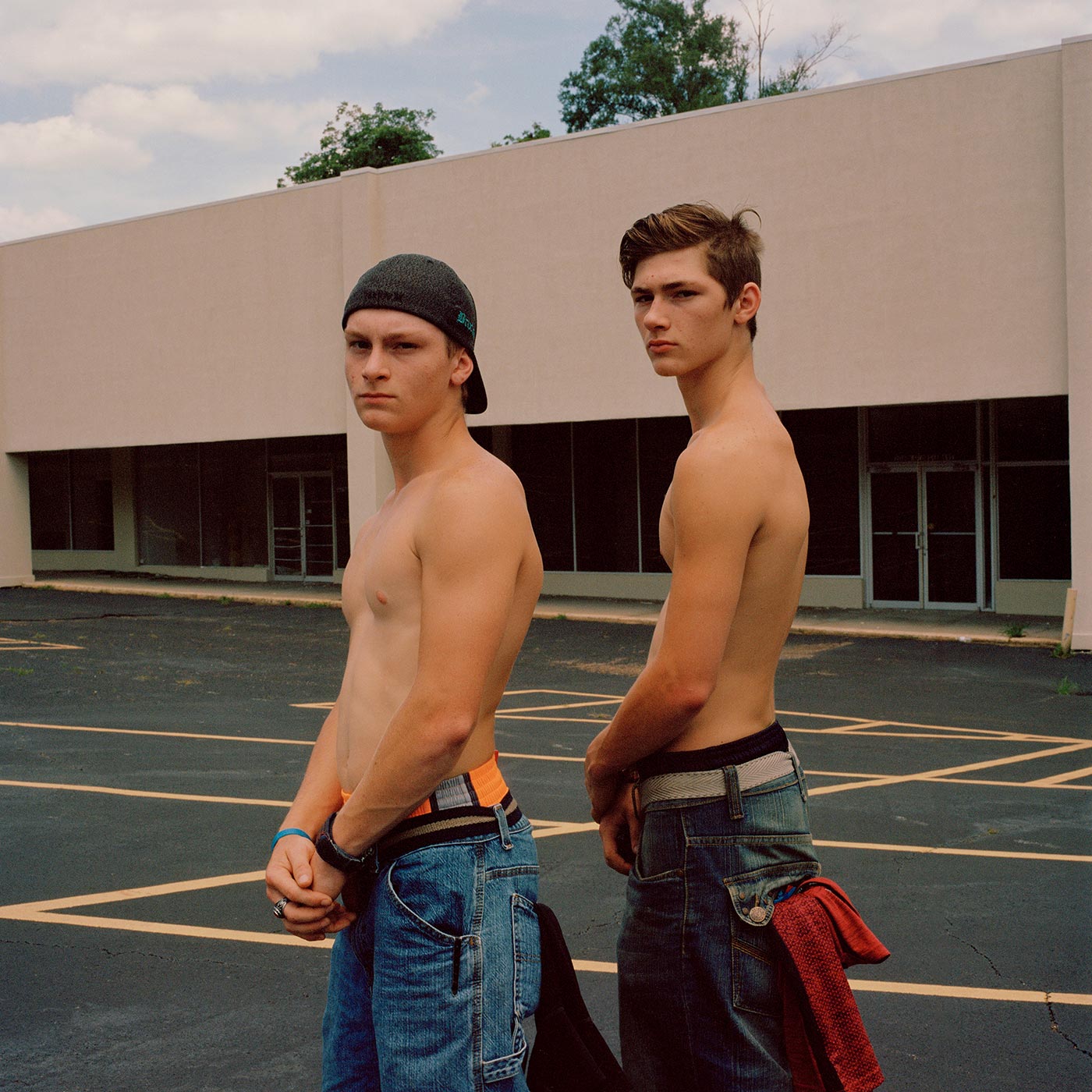 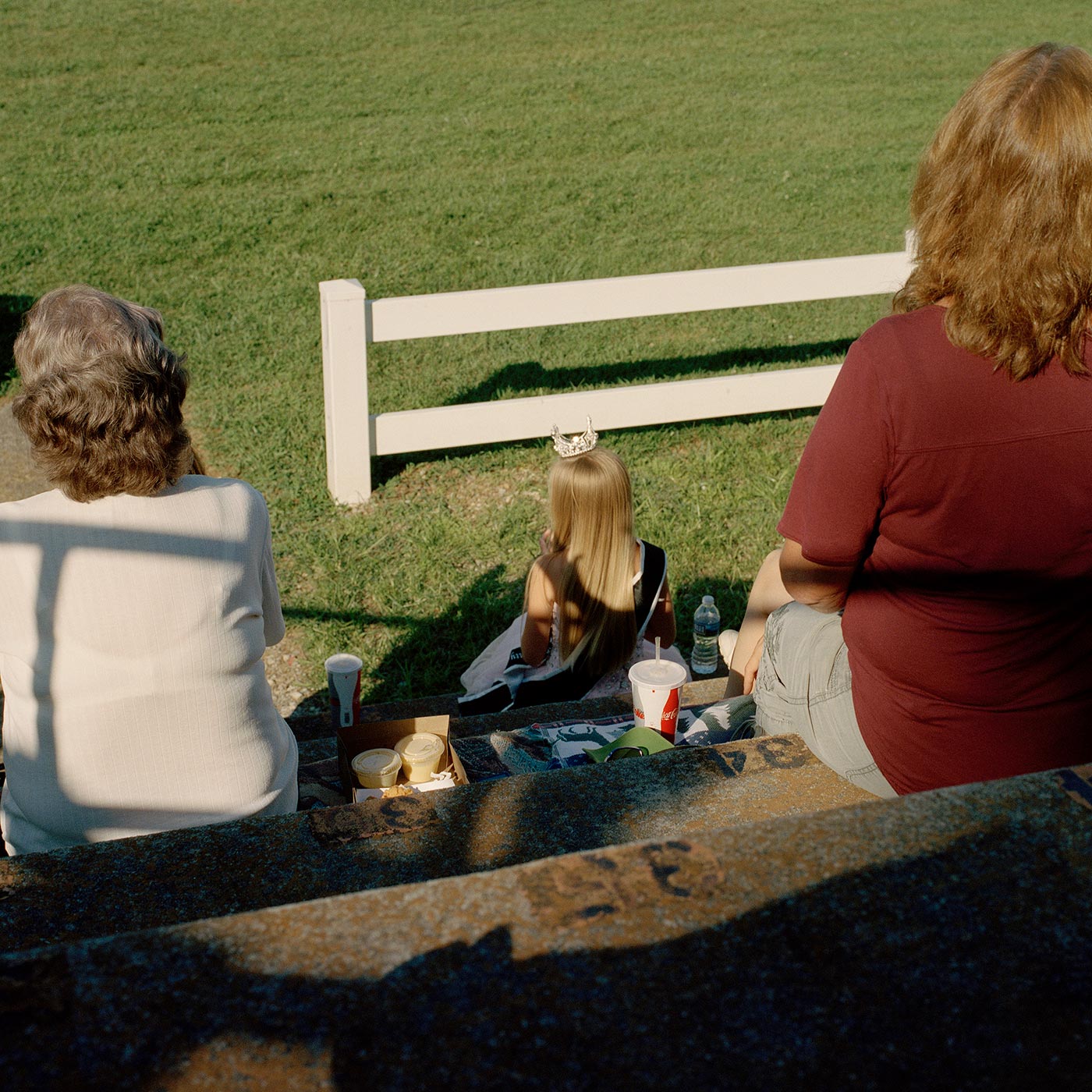 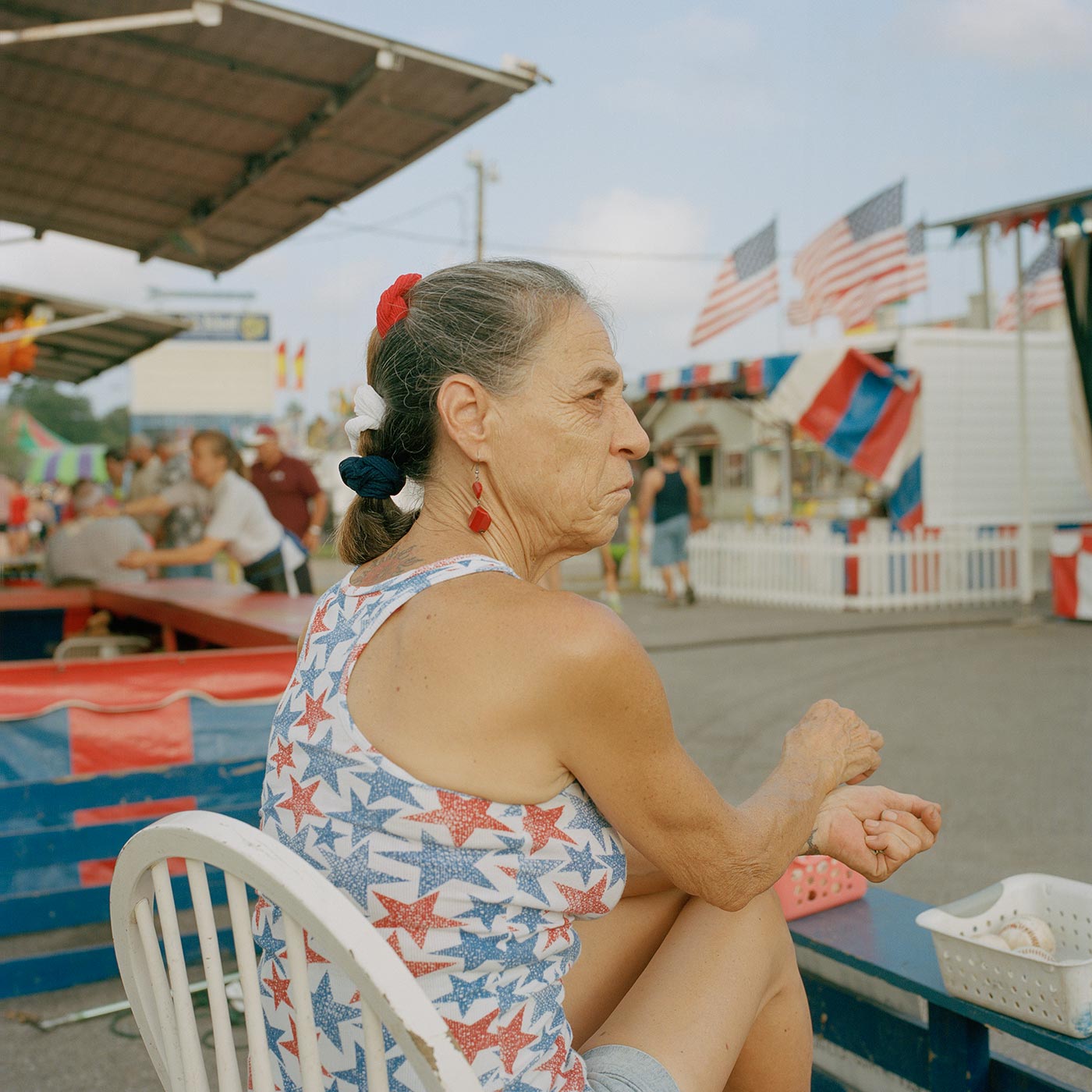 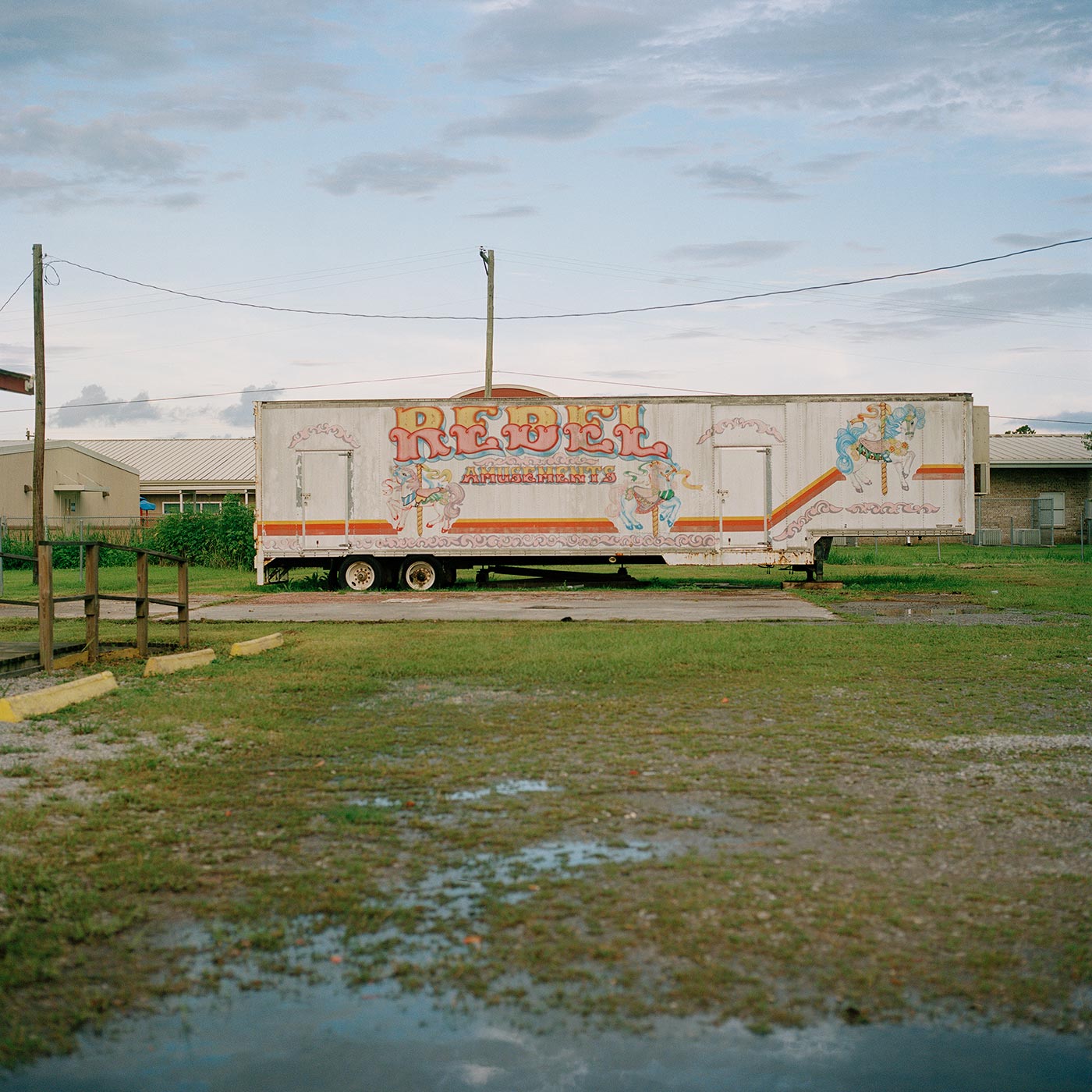 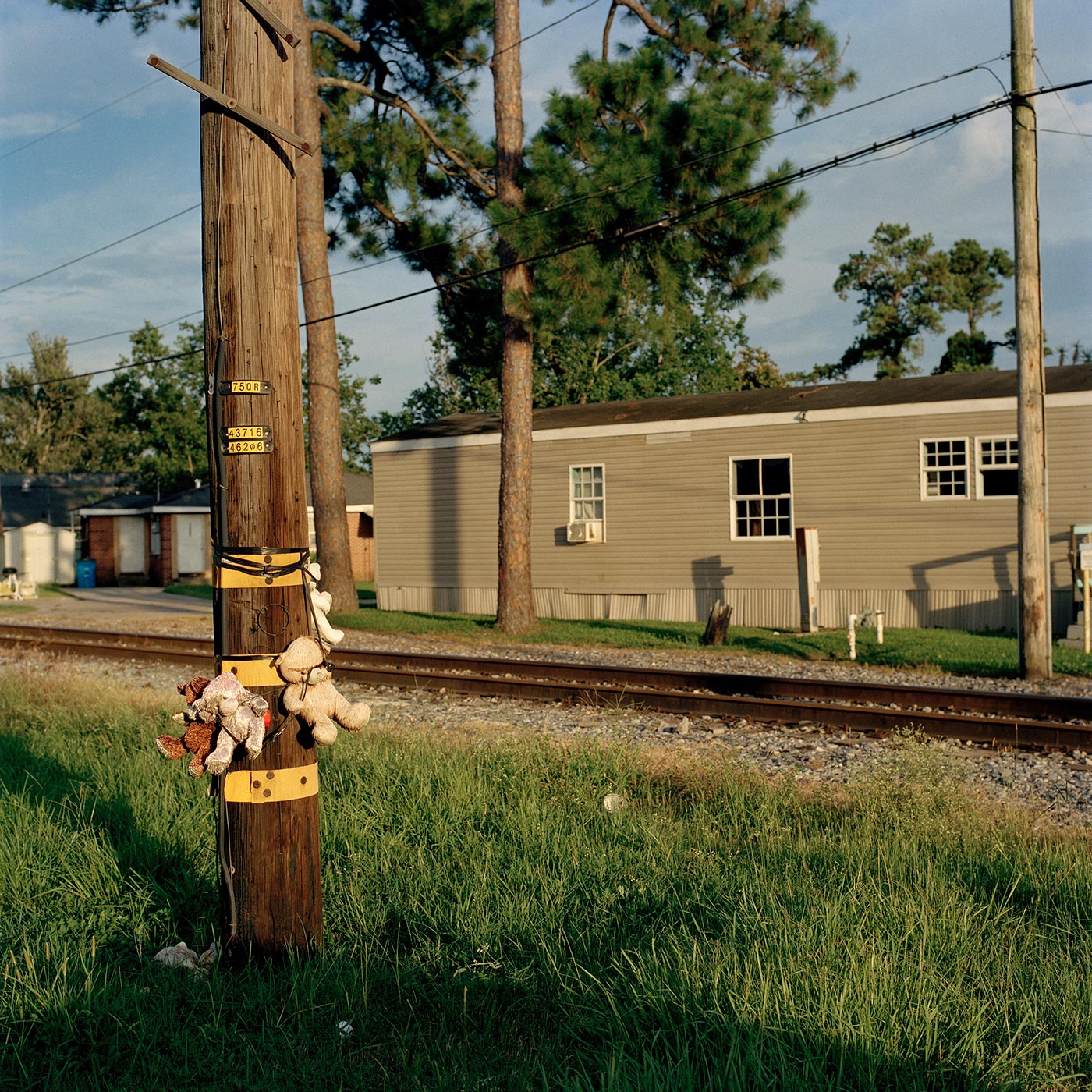 And Ever Shall Be by 22 year-old American photographer Rosie Brock is a subjective reportage shot on film in the American South: “Inspired by my own upbringing, the series functions as a meditation on the current cultural atmosphere of the South. A recurring motif of the archetypal Southern county fair weaves in and out of the series, functioning as a metaphor for the unique dichotomy of banality and dynamism synonymous with the South.”

Rosie shot the images of And Ever Shall Be over the past two consecutive summers while she was living and working in New Orleans, Louisiana: “After work and every weekend I would shoot for the project, which involved either going to a predetermined location (such as a specific county fair) or aimlessly driving around, hoping to see something or someone who interested me. The entire process was very intuitive and serendipitous, as I believe much road photography to be. Sometimes I’d end up driving for hours without shooting anything, and then there would be other days when I’d happen to quickly observe a scene on the side of the road, pull over, and make a picture I was excited about. It can be a really frustrating process because there’s no guarantees or knowns, but when all the elements happen to somehow align—subject, environment, light, timing—it’s so satisfying and makes all those failed ventures worth it. As for what I wanted the images to capture, I was really interested in the contrast and overlap between the idealized mythic South and the more mundane happenings of daily life.”

If you thought that the project’s title And Ever Shall Be is a religious reference, you were right: “I had really been struggling to figure out a title for a while when a classmate in my thesis class said something about the photographs feeling like “as it is, as it was, and how it will be.” When I heard that, something clicked. That general phrase references the doxology: “Glory be to the Father and to the Son and to the Holy Ghost; as it was in the beginning, is now and ever shall be, world without end. Amen.” I spent ages five to thirteen attending Christian school, so the doxology is ingrained into my subconscious. I found that the particular phrase “and ever shall be” encapsulated the element of time within the work, specifically how the pacing of time in the South is languid, even seemingly stagnant. The phrase also of course directly references Christian theology, which has always informed my interaction with and subsequent view of the South.”

“I hope that viewers can allow themselves to be fully immersed in the environments depicted in the images, I want them to be lulled into this world which lies between fiction and fact.”

The main influences on Rosie’s photography were “memories from my own childhood, old family photographs, people I knew or observed growing up, musicals/movies filmed in the 1960s/70s with primary color palettes, American history, and Southern gothic literature.” Specifically for And Ever Shall Be, she also had in mind “Flannery O’Connor’s short stories, Bailey White’s writing, and the first season of True Detective.”

Some of Rosie’s favorite contemporary photographers are Justine Kurland, Maude Schuyler Clay, and Susan Worsham. The last photobook she bought was The Open Road: Photography & The American Road Trip curated by David Campany and Denise Wolff (“It was actually released in 2014, but I only recently came upon it“).