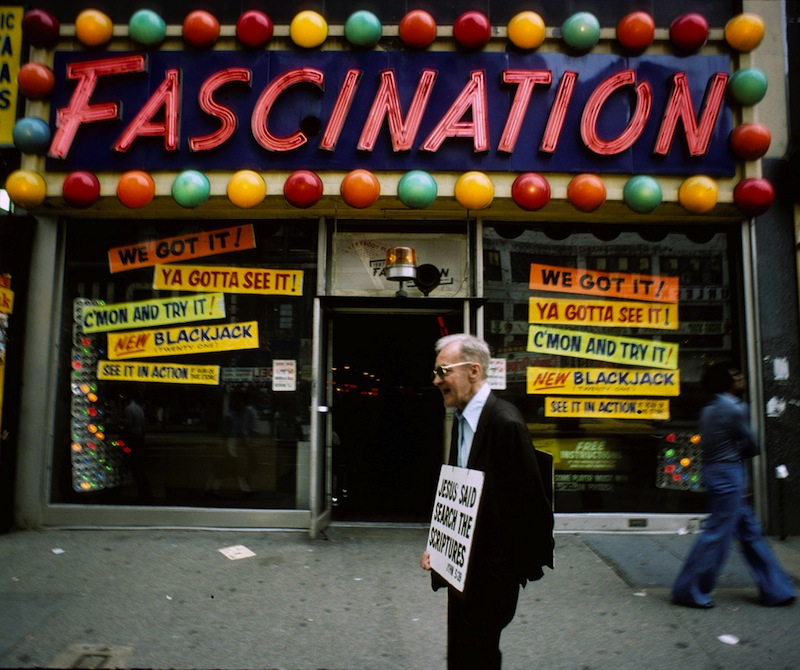 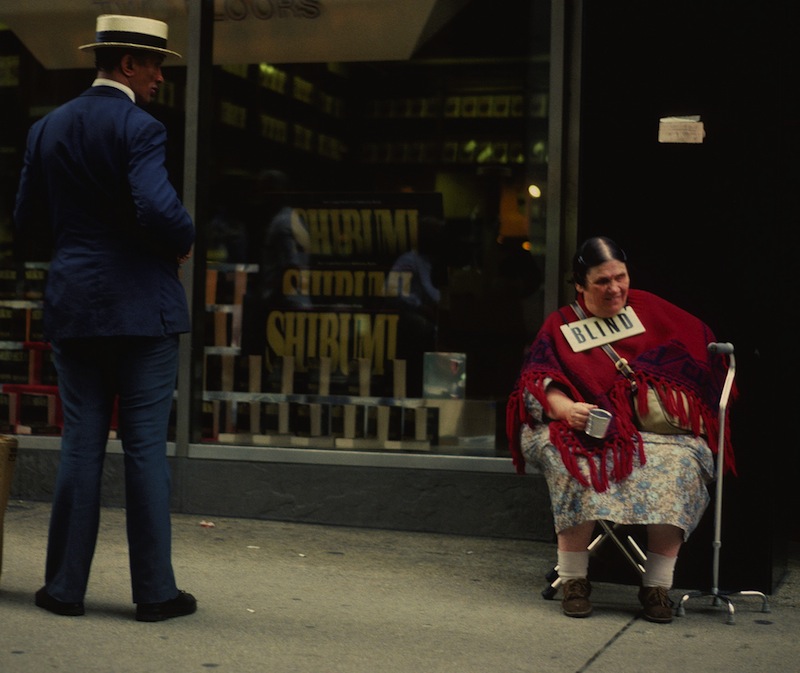 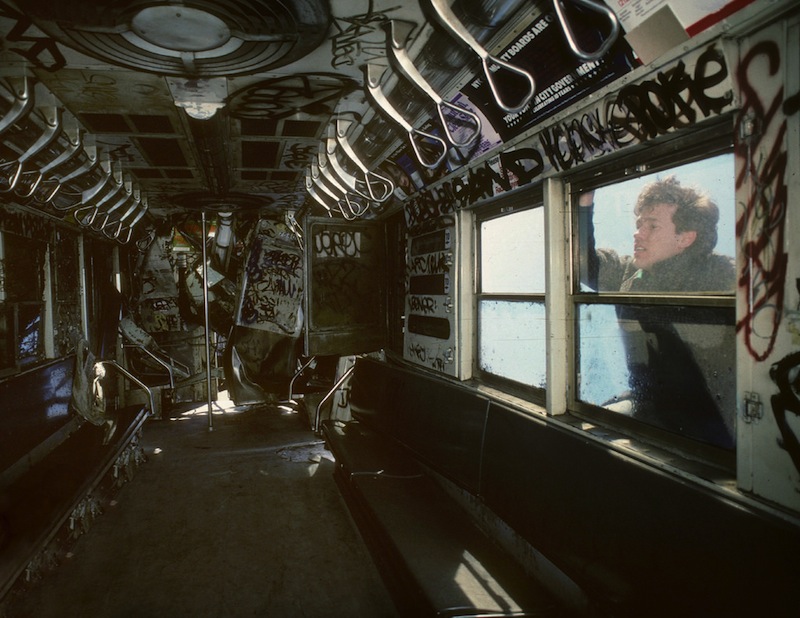 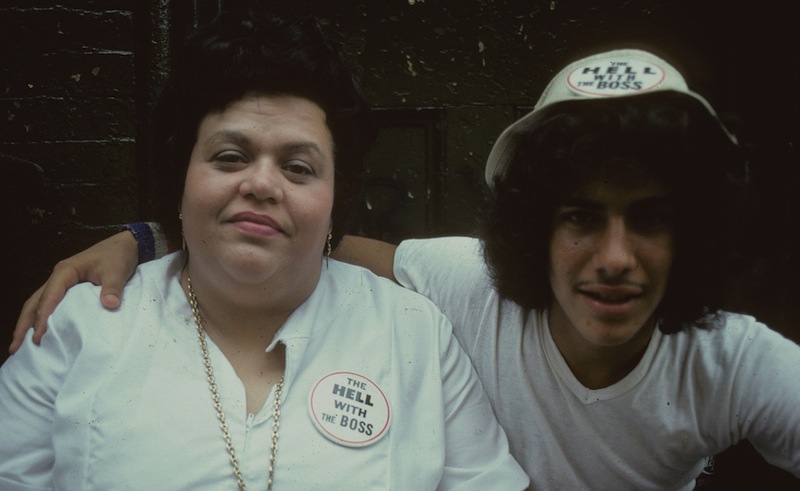 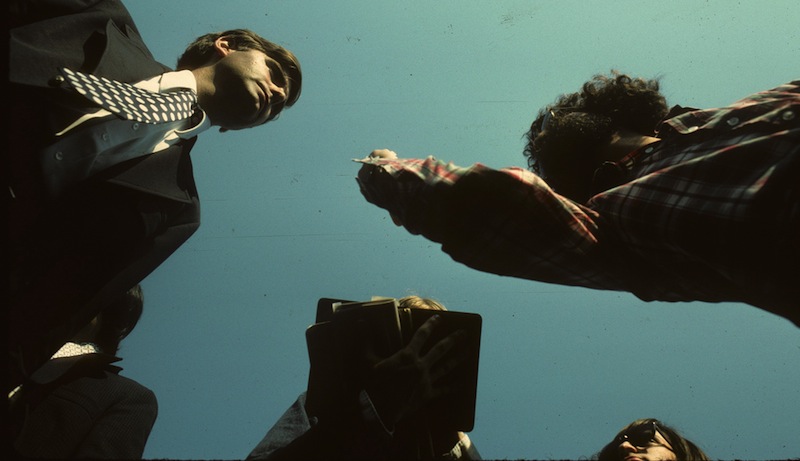 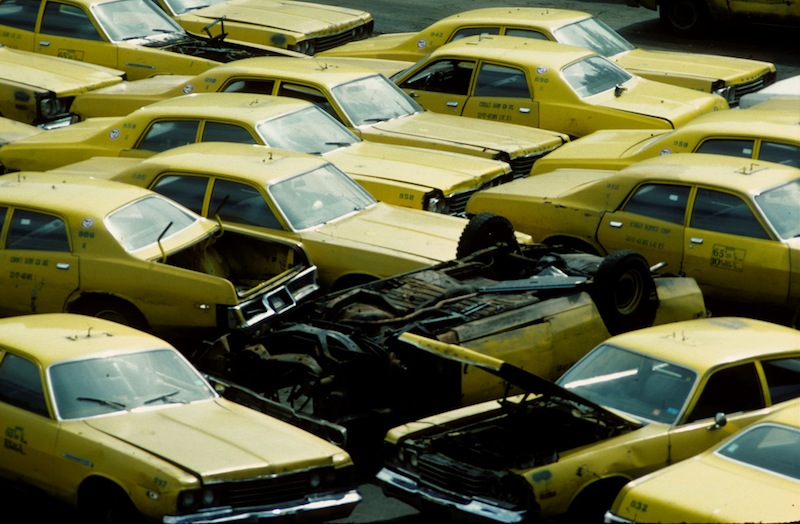 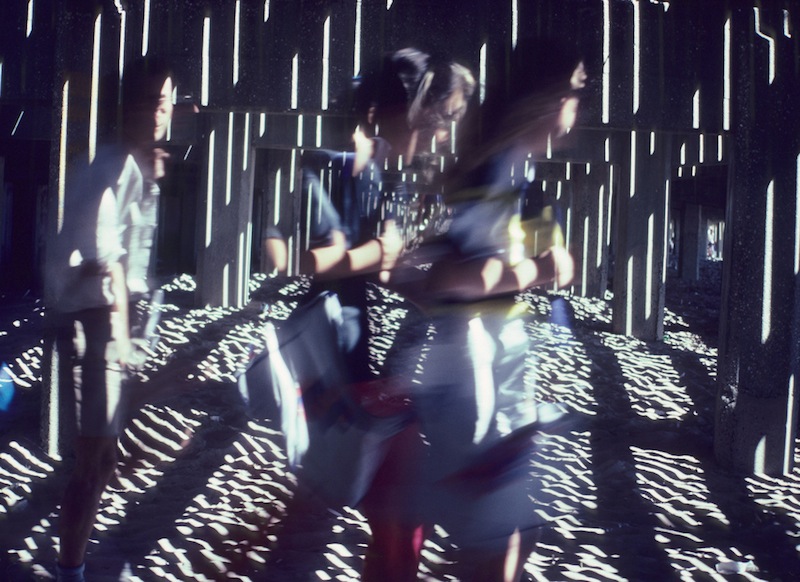 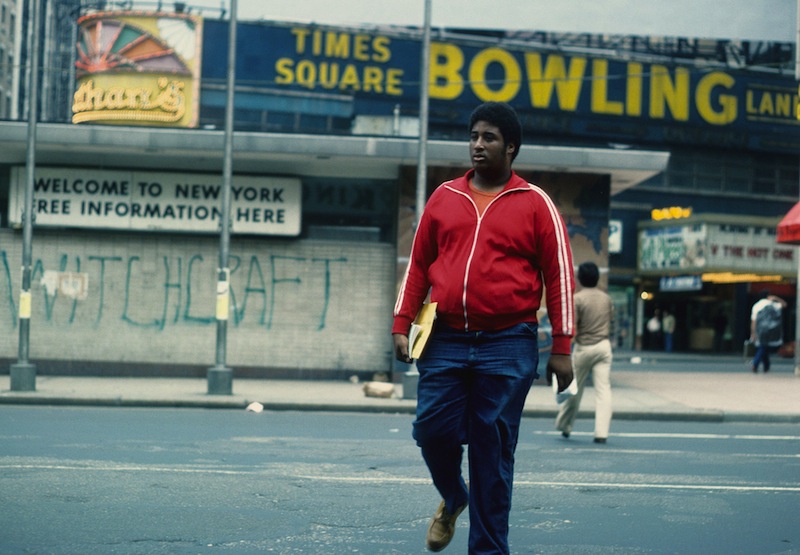 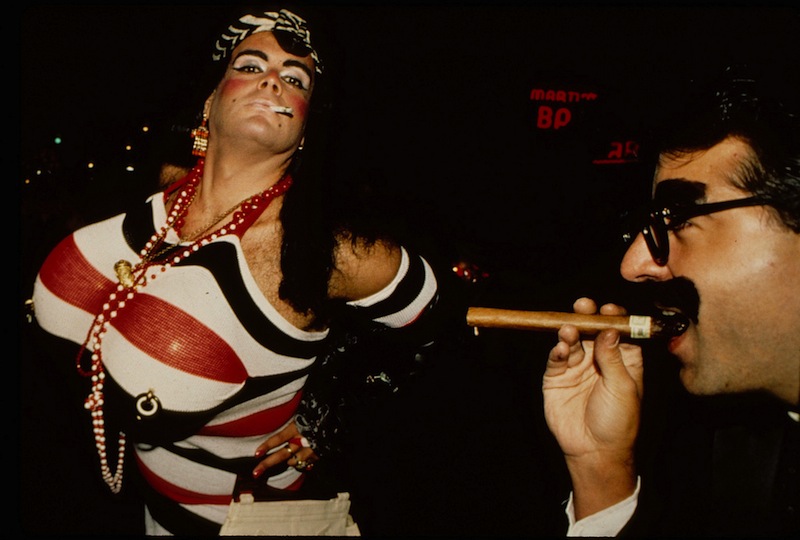 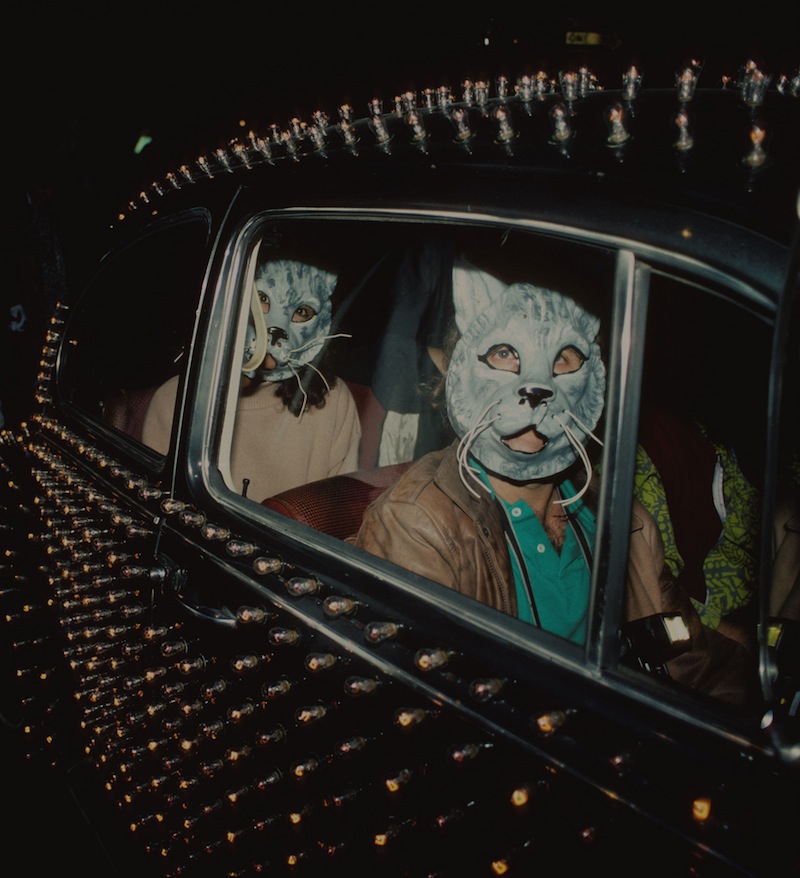 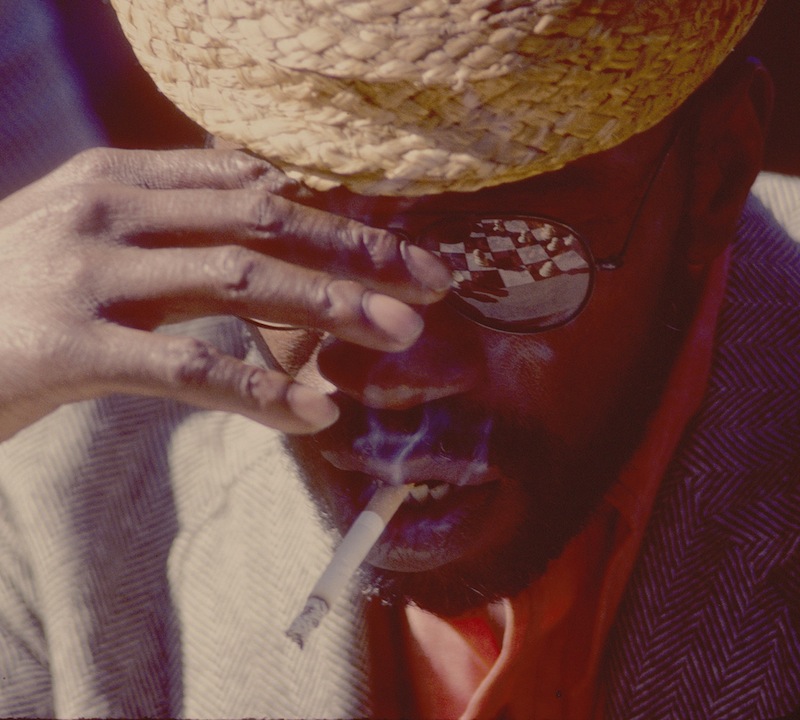 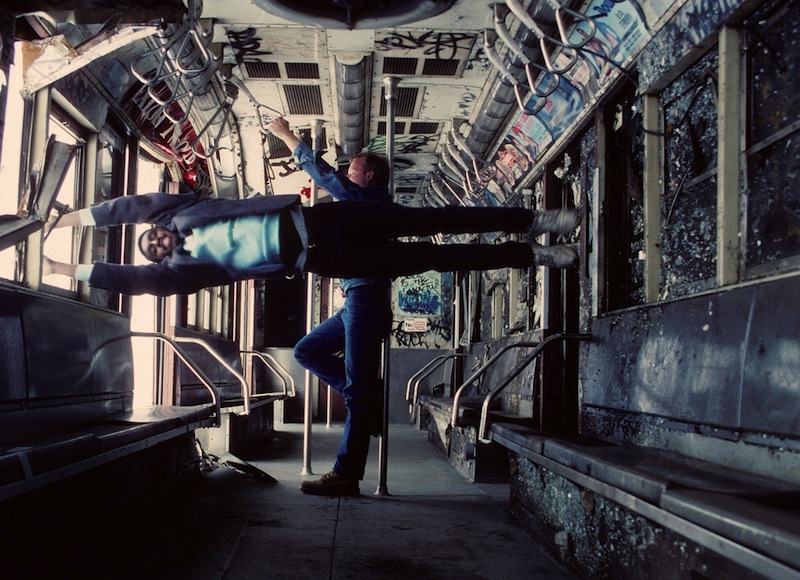 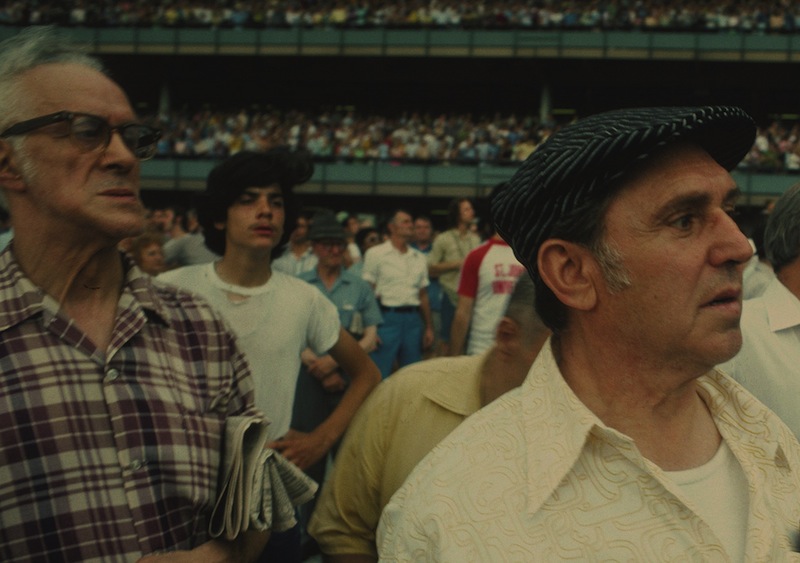 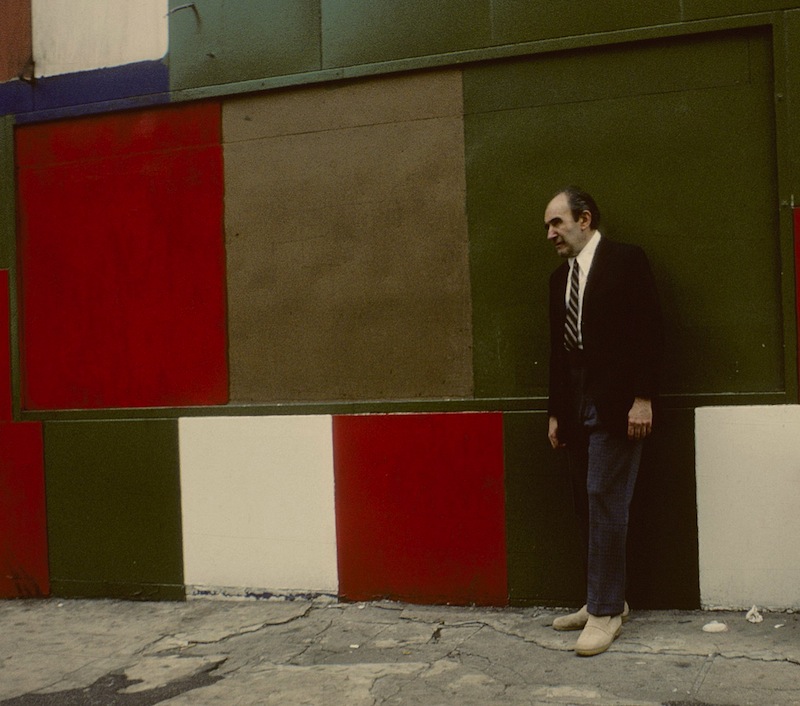 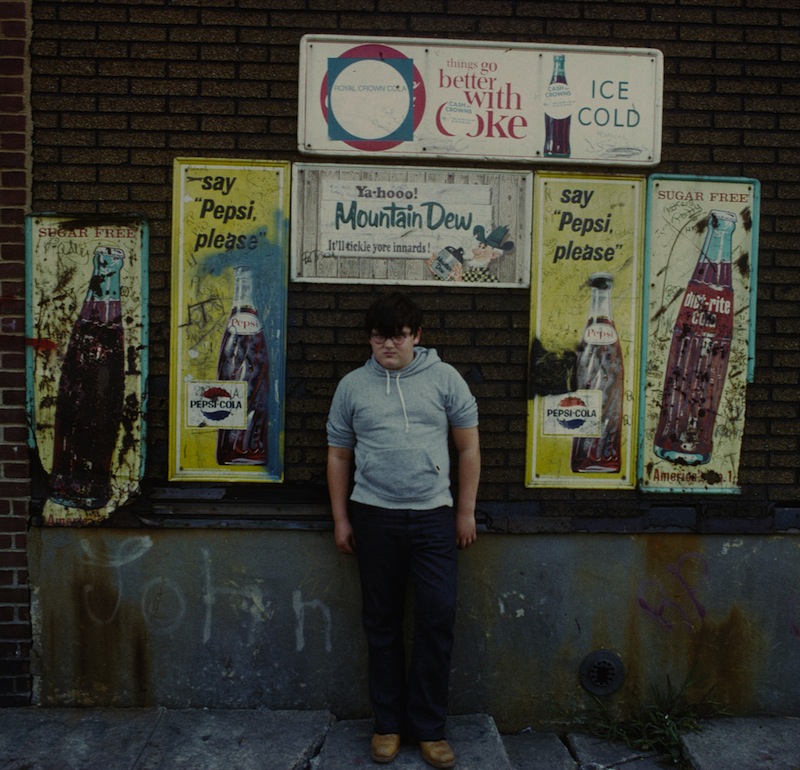 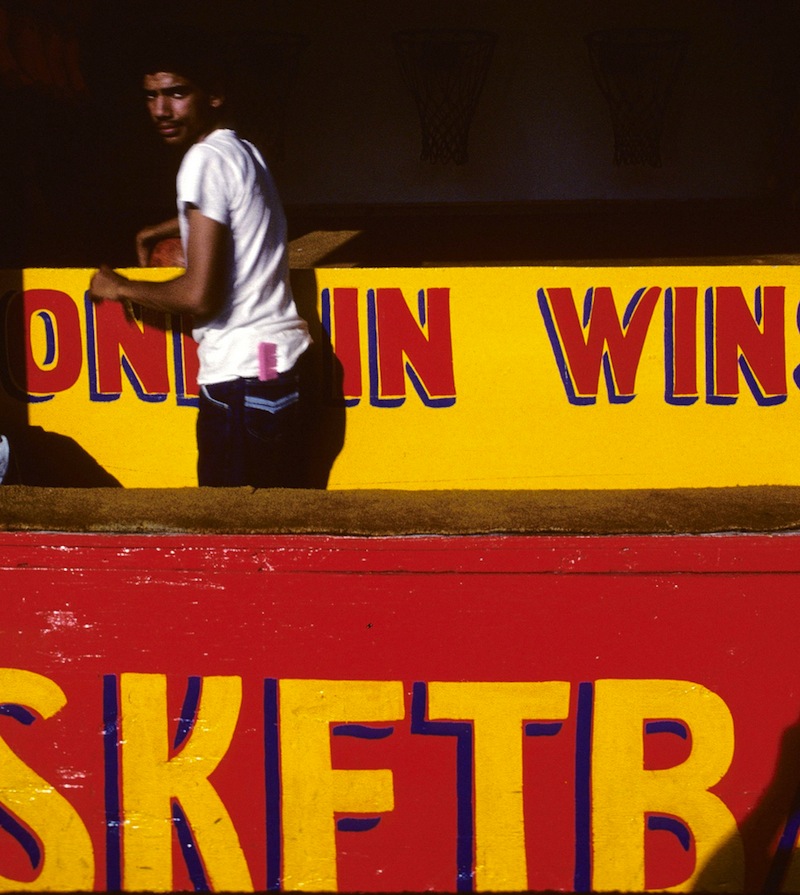 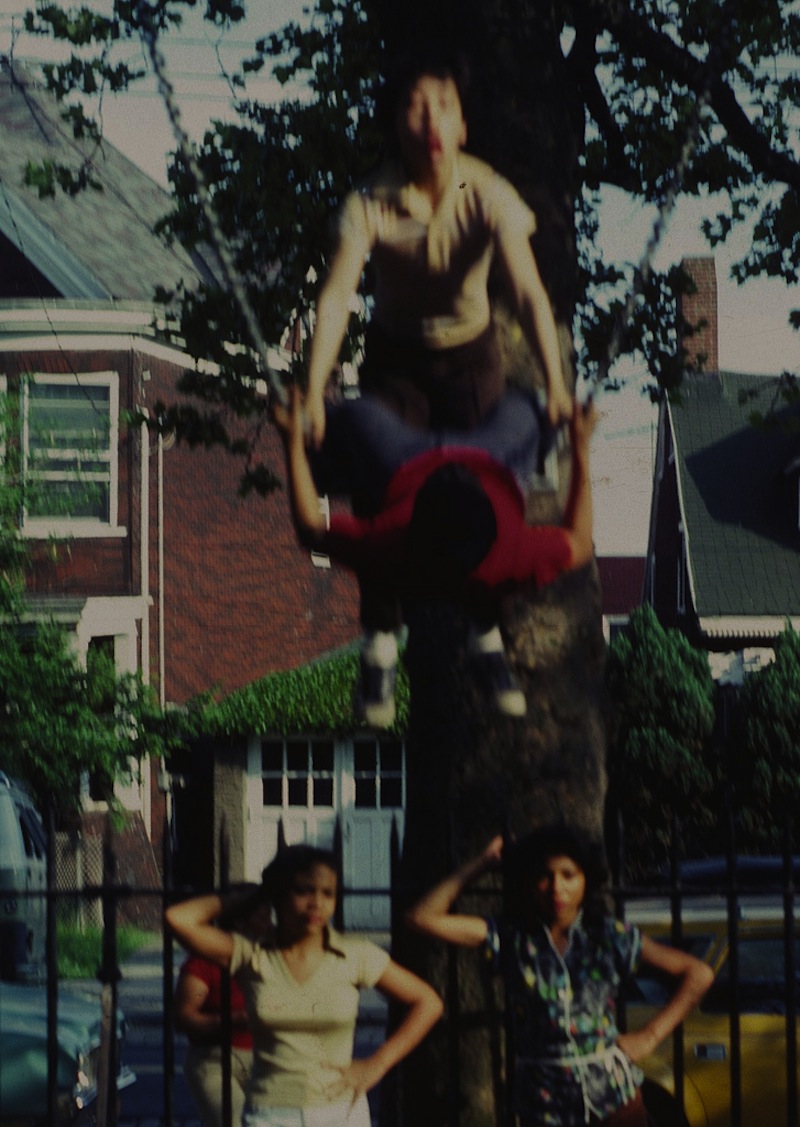 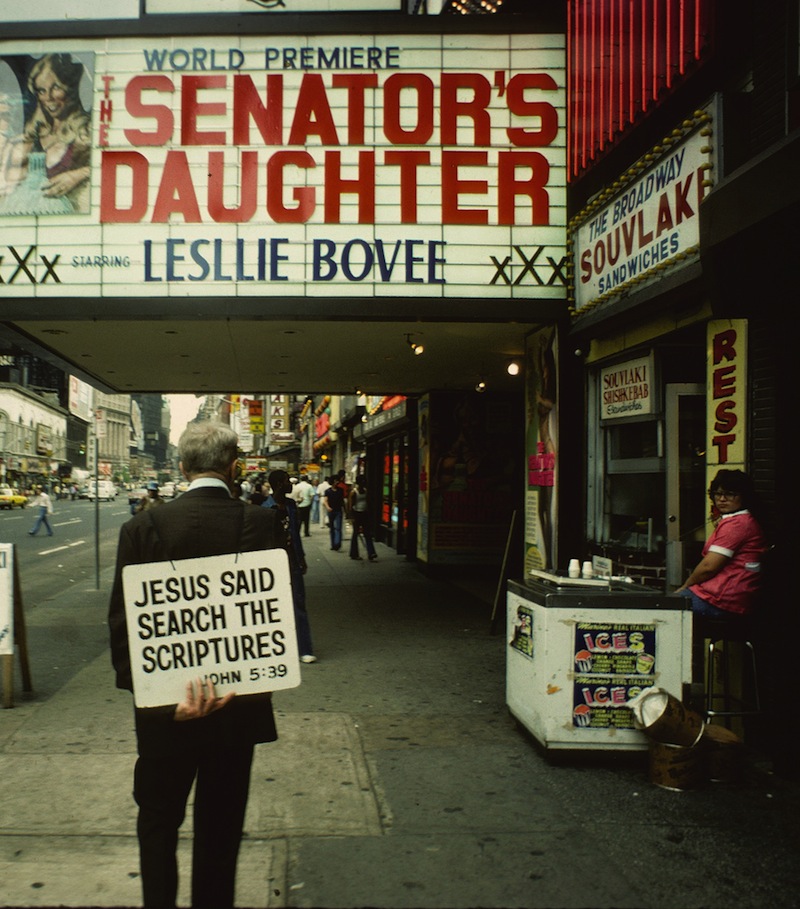 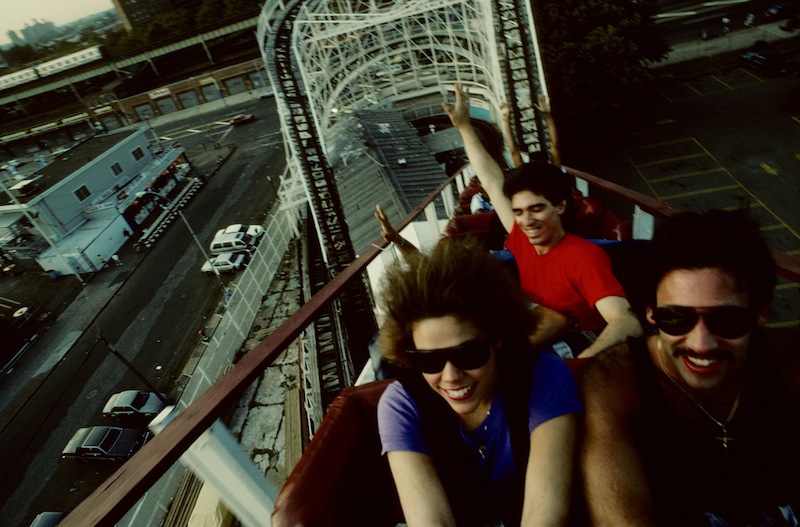 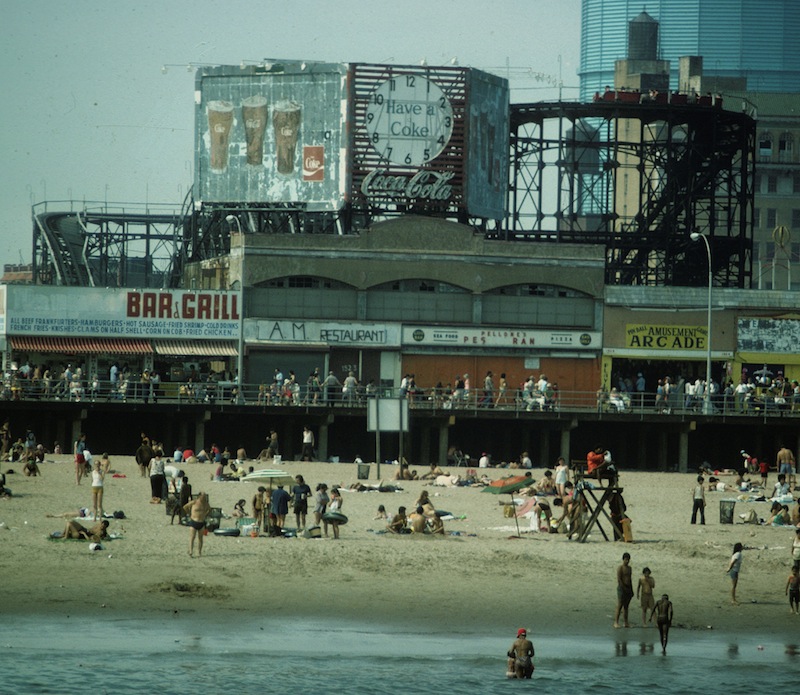 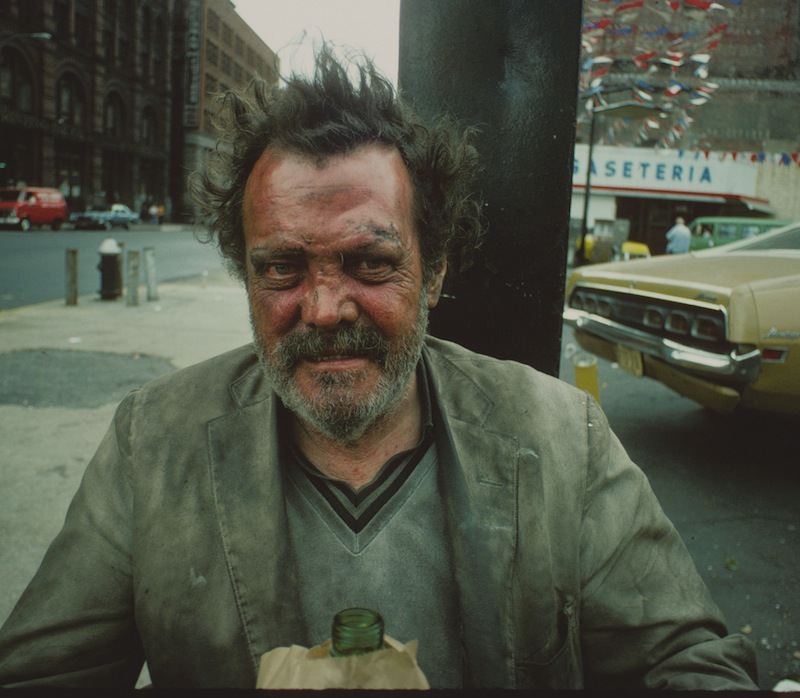 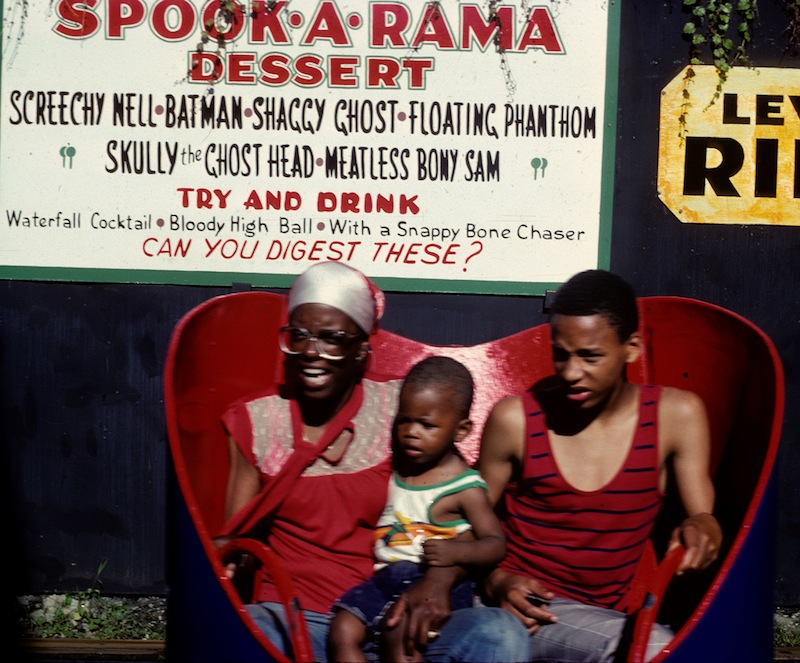 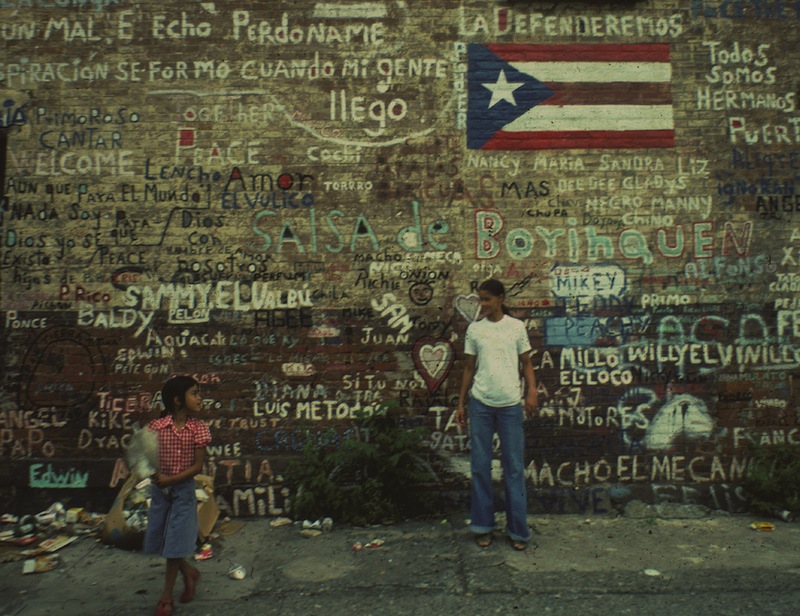 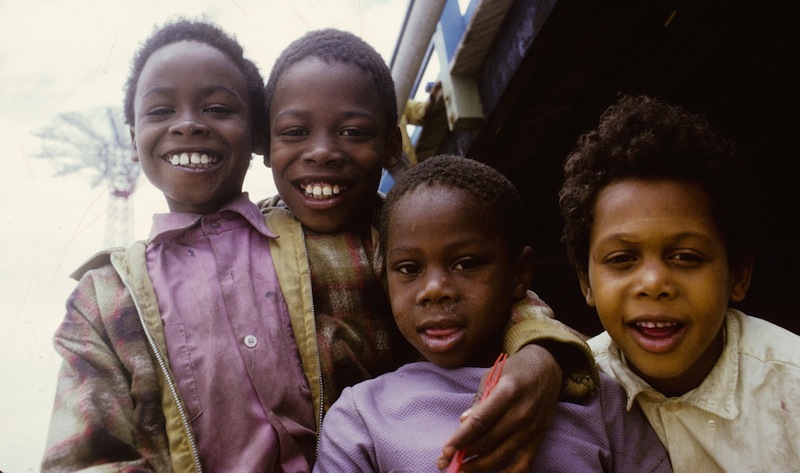 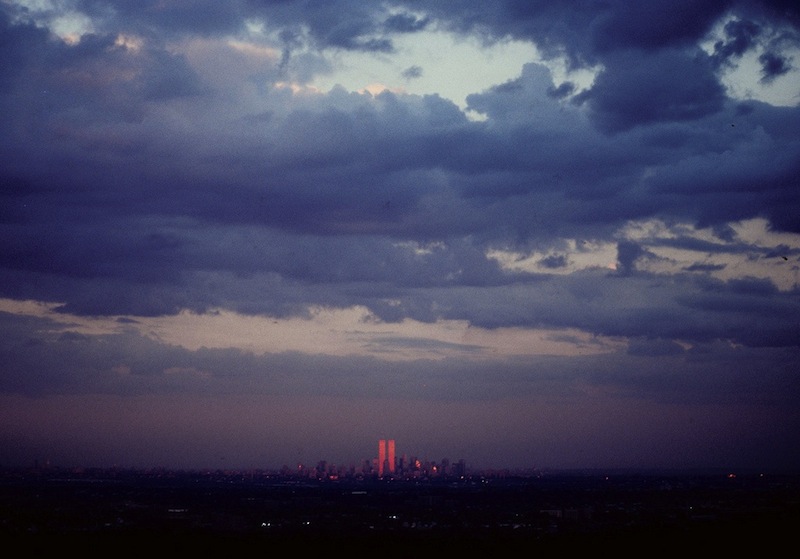 In the 1980s, New York was a very much different city. The place was dirtier, the economy was down but the circulation of drugs flourished, and crime rates weren’t doing bad either. The dangerous, poorly maintained subway, in particular, became a symbol of the city’s critic years.

On the other side, Manhattan was still a raw, eclectic, affordable place, with small, independent stores and restaurants, as opposed to the gentrified, sanitized but soulless playground for the wealthier it largely is today.

Steven Siegel roamed the streets of 1980s New York with his camera, capturing incredible moments  of street life and immortalizing a city that has eventually vanished. To take a look at all of them, please see here or here.

I’ve been photographing the streets and subways of New York for the past 30 years. When young people today look at my shots from the 1980’s, they are aghast. To them, New York of the 1980’s is almost unrecognizable. And they are right.

Some older people are nostalgic for “the good old days.” For example, they remember the Times Square of the 80’s… And what they remember is not so much the danger but the grittiness and (for lack of a better word) the authenticity. Yes, there was sleaze, but there were also video arcades, cheap movies, restaurants, and weird places. These same people resent the “Disney-ification” of Times Square and the gentrification of virtually all of Manhattan and many areas of the boroughs, and the loss of cheap housing and local stores everywhere.

Others’ reactions to these same photos could not be more different. If they’re over a certain age, they remember the high crime, the twin crises of AIDS and crack, the racial tension, the lurid tabloid headlines about the latest street crime. They say: It was a nightmare, and thank God it’s over. Of course, both views are right.

Notice how these two fundamental changes overlap in a number of important ways. A safer city, to some extent, comes at the price of a loss of freedom and openness. Conversely, the edginess and riskiness of the 1980s came at an appalling human and social cost. My photos of South Bronx and Bushwick are — if I might say so — a testament to that. Those who might be nostalgic for the edginess and riskiness of the 1980s were surely not the people who were growing up in the South Bronx and Bushwick in the era.

The trade-off between openness and security is reflected in a very literal way in some of my 1980s photos. Some of my photos from that era were taken from the tops of bridges and within city-owned properties that were nominally closed off to the public. In that era, many of these locations were open and accessible. It is perhaps unnecessary to state that — in this post-9/11 era — an itinerant photographer should not attempt to explore these same locations. The probable consequence, at the very least, will be the loss of the ability to smoothly pass though airport security checkpoints.

In any event, these are just a few broad-brush generalizations… useful but limited. The City is such an enormous and complex place that one should hesitate to resort to generalizations — let alone attempt to explain the complicated forces that have shaped the City over the past thirty years.

My photos say this better than I can. What I mean is: If my photos show anything about New York, it is New York’s astonishing diversity. New York is not one city. It is — and always has been — a collection of hundreds of neighborhoods. Each of these neighborhoods has its own delicate social fabric. One cannot know New York — or understand New York — without exploring all five boroughs.

Although I have explored the City more than most, I can still find plenty of places that I’ve never encountered before… that are new to me, and surprising. One can never know it all! Even if one tried, a neighborhood would likely change by the time one got around to visiting it again!

That brings me to the subject of neighborhood change. To me, viewing a neighborhood undergoing change is quite fascinating — and a natural subject for photography. When a bodega is located next to a boutique, there are many chance interactions… and perhaps there is much more than that. Perhaps there is even real economic and racial integration. This is New York at its best and most vital. The suburbs will never contain this heterogeneity.

But unfortunately, this situation is inherently unstable. If only one could “freeze” that change in place…. before the lease on the bodega runs out, and it is forced to leave. If only.

Times Square is, in some ways, emblematic of the changes and trade-offs that have taken place in New York over the past thirty years (In other ways, it is not, because Times Square is the City’s central business district — not a mere neighborhood). In any event, no one can mourn the loss of the sleaze and degradation of the old Times Square. But the new Times Square is often sterile and corporate …. with all the character and authenticity of a shopping mall. I’m not at all sure that the best of the old could have been preserved while making way for tangible improvements.

I do know that, as long as I’m around, I’ll be there — with my camera — to witness and record the changes in this remarkable City.