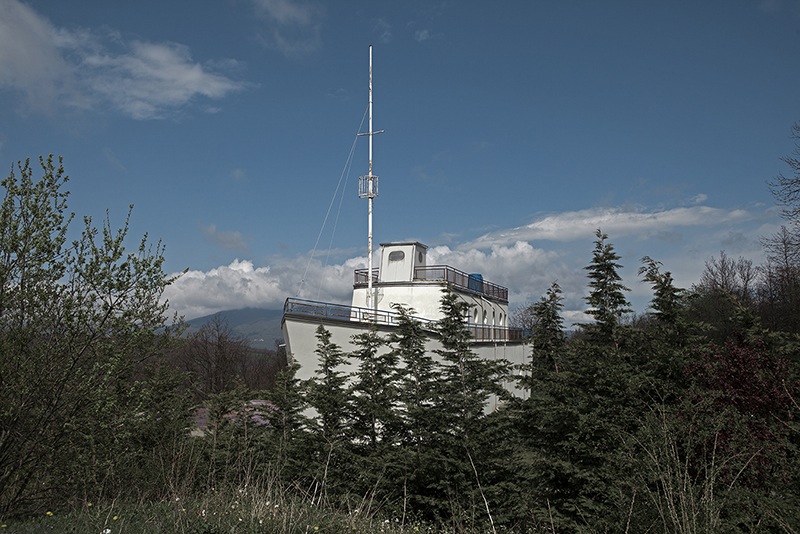 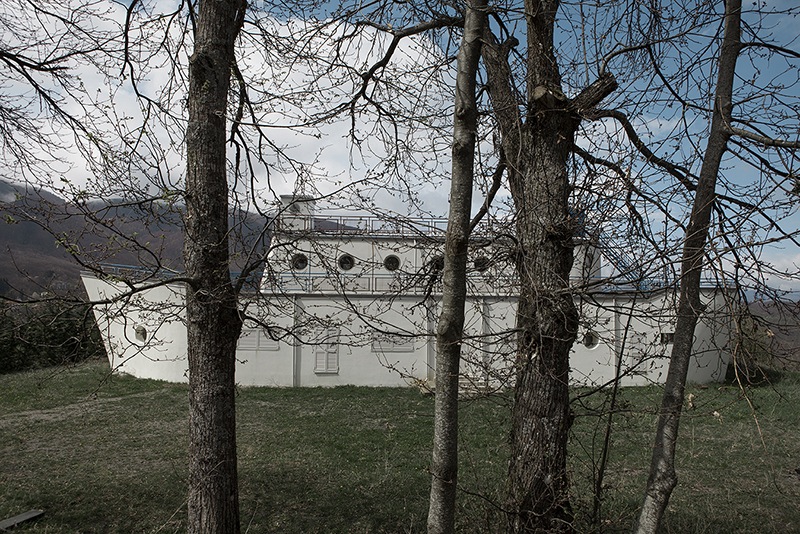 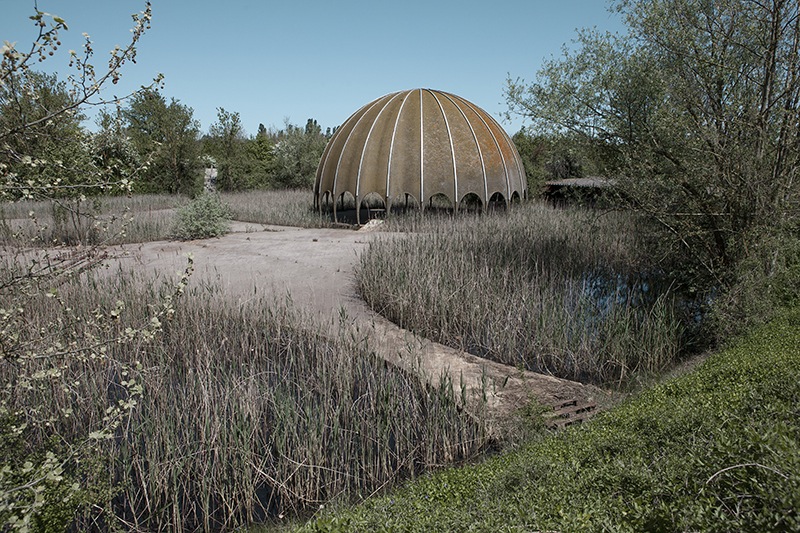 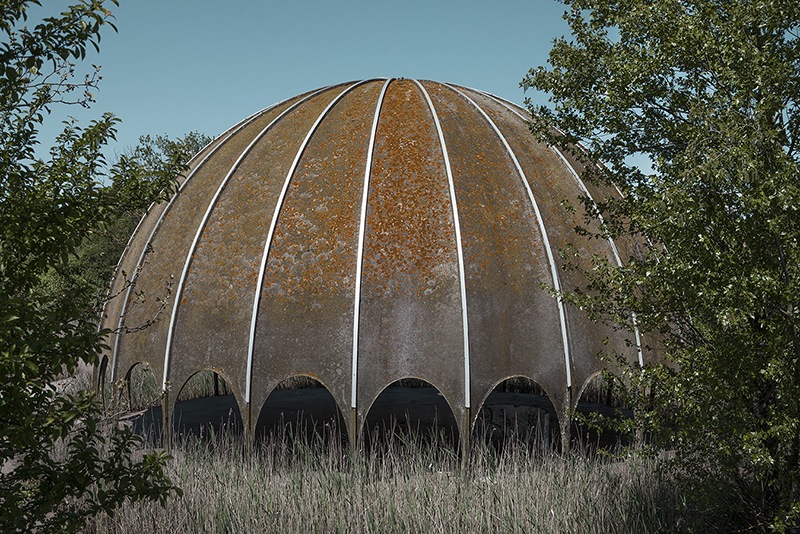 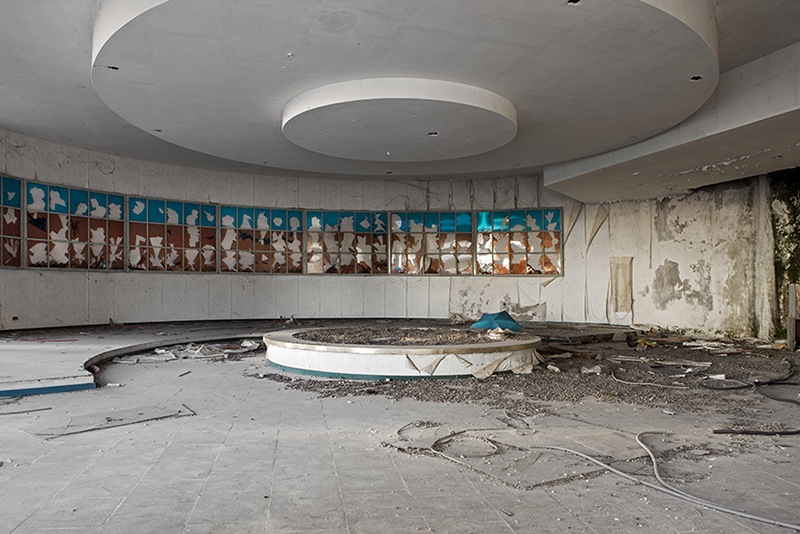 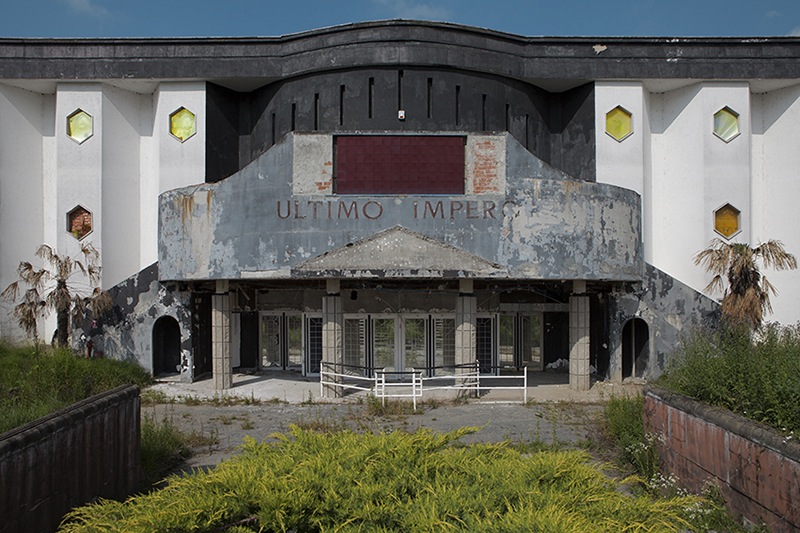 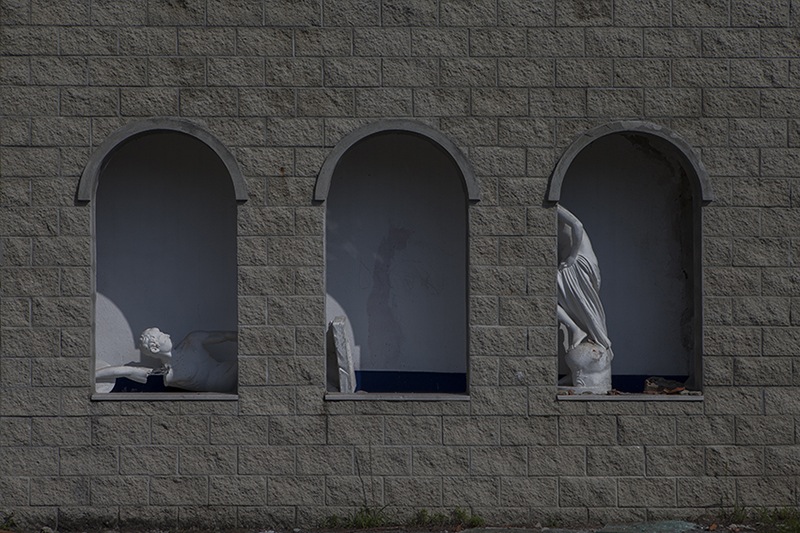 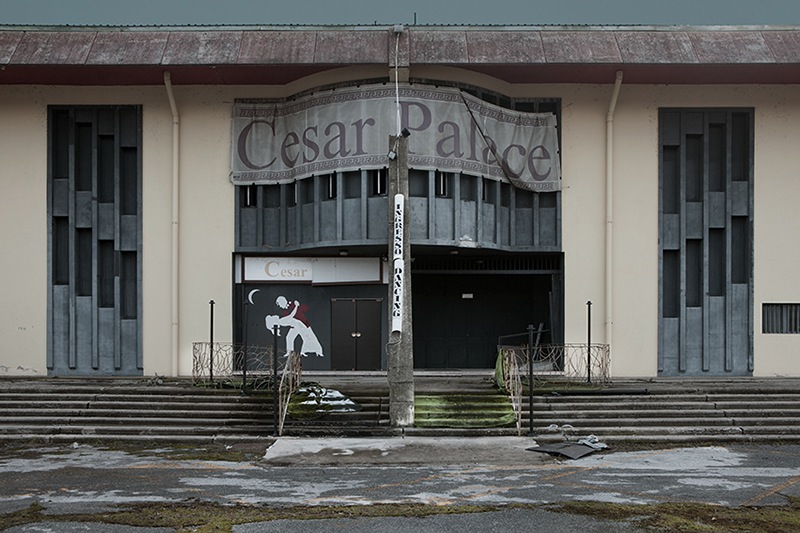 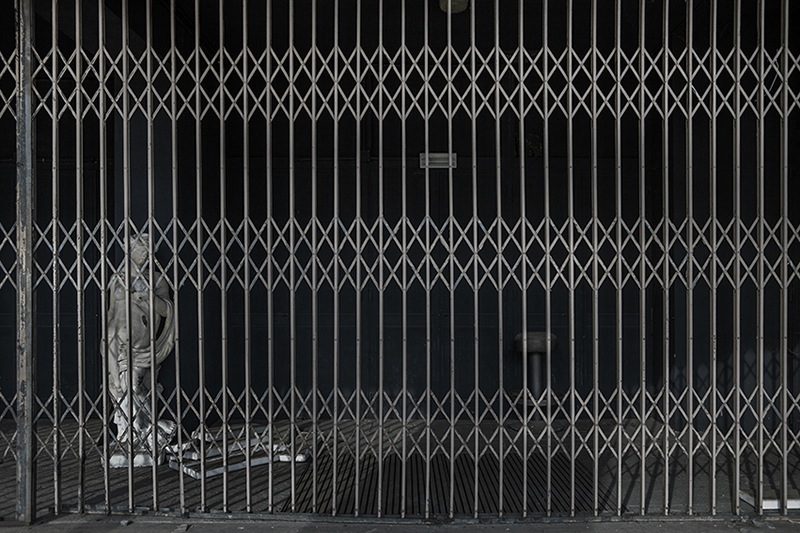 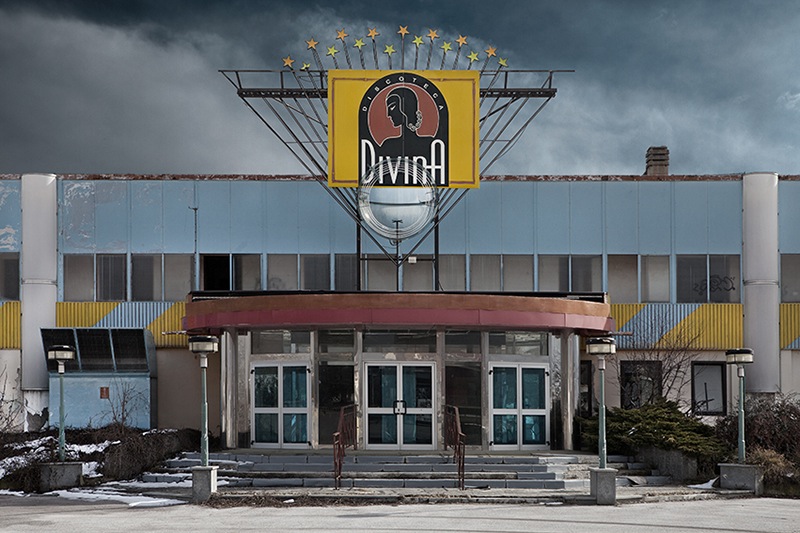 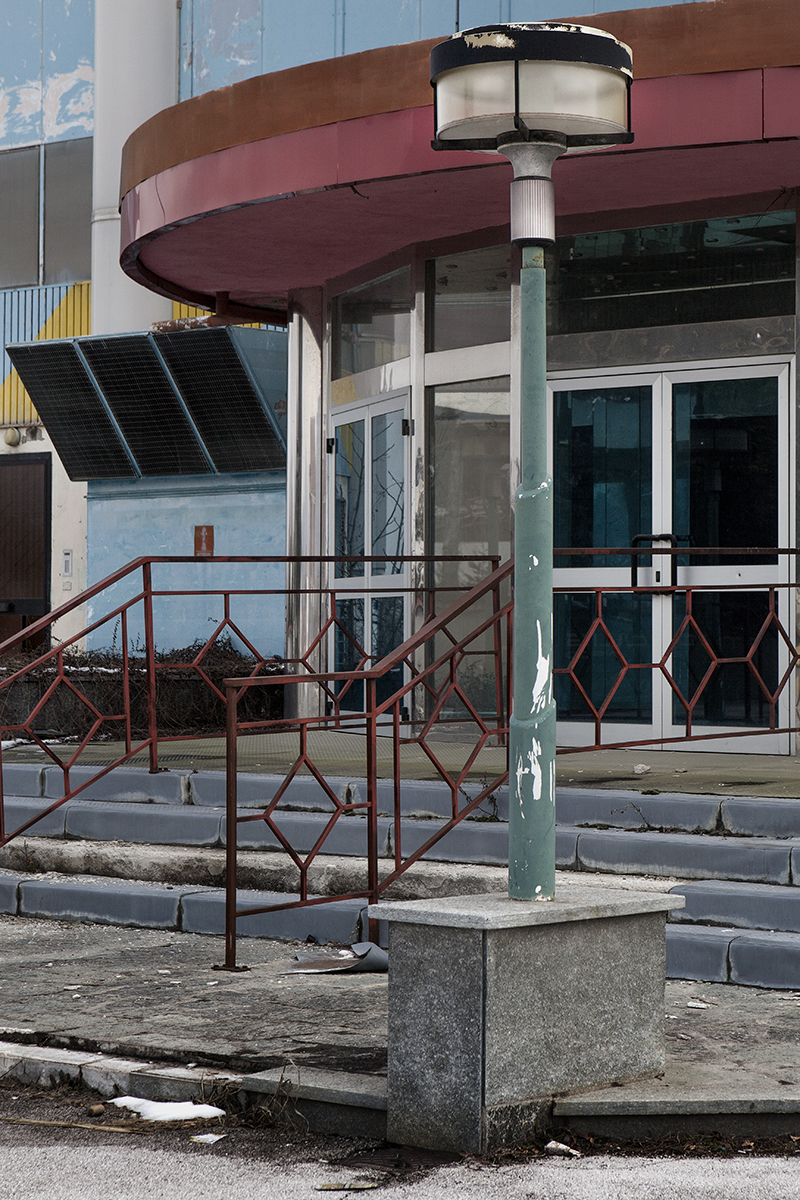 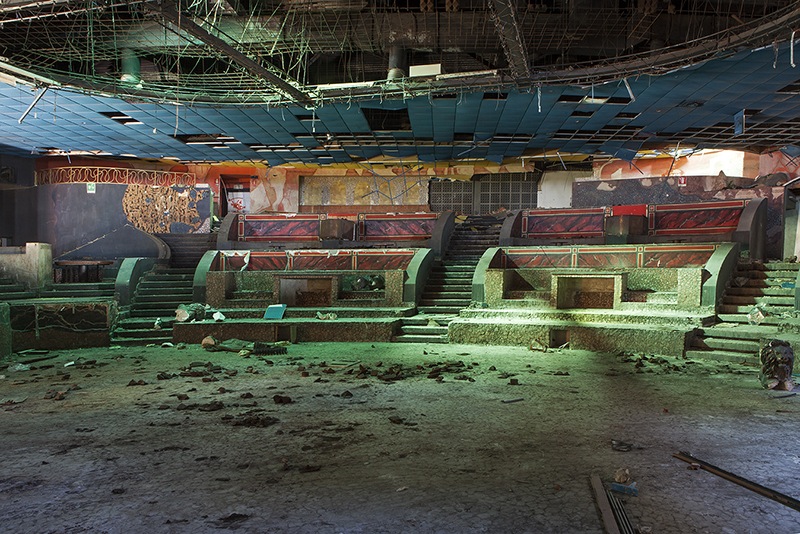 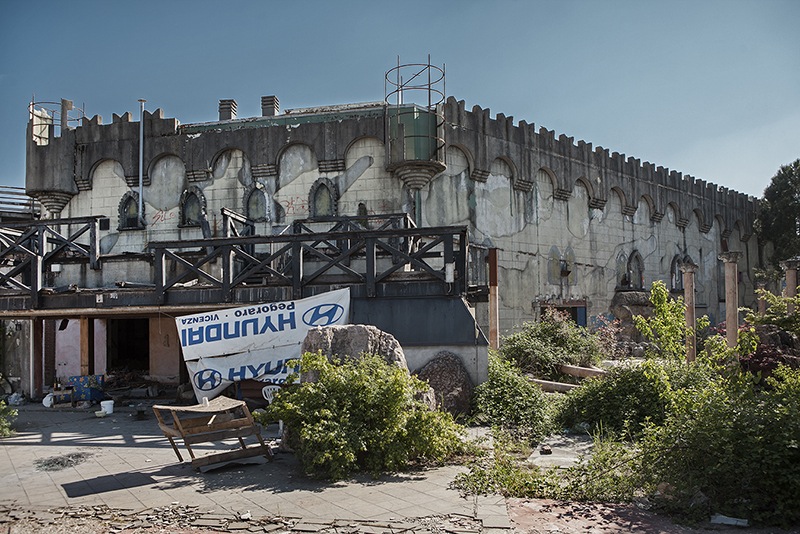 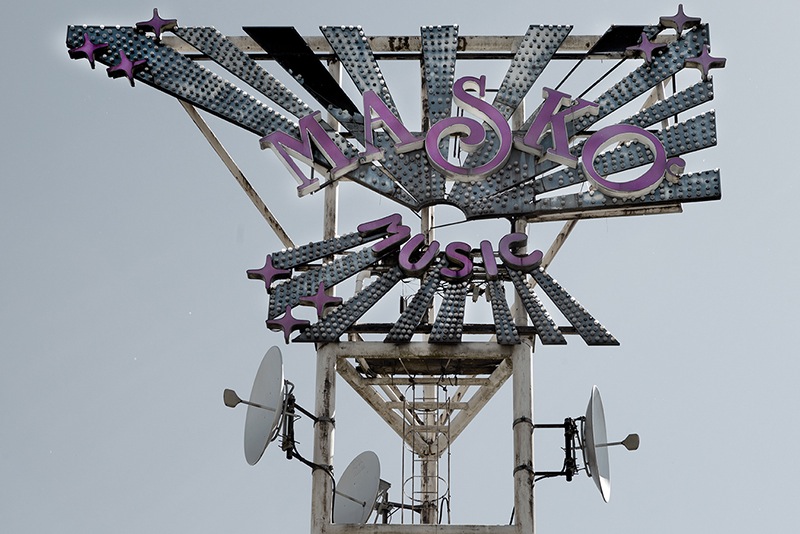 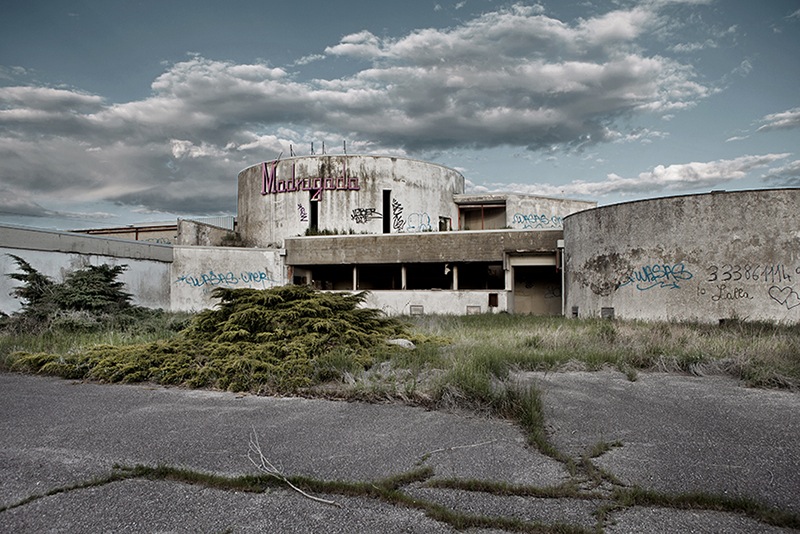 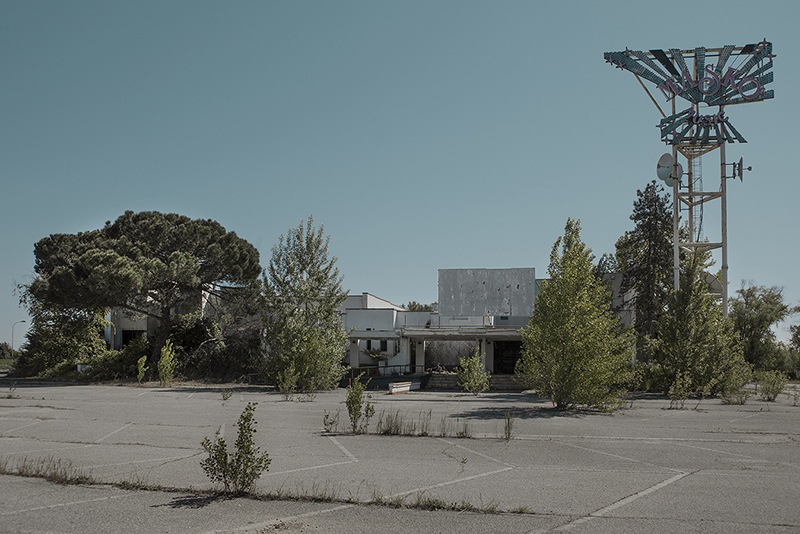 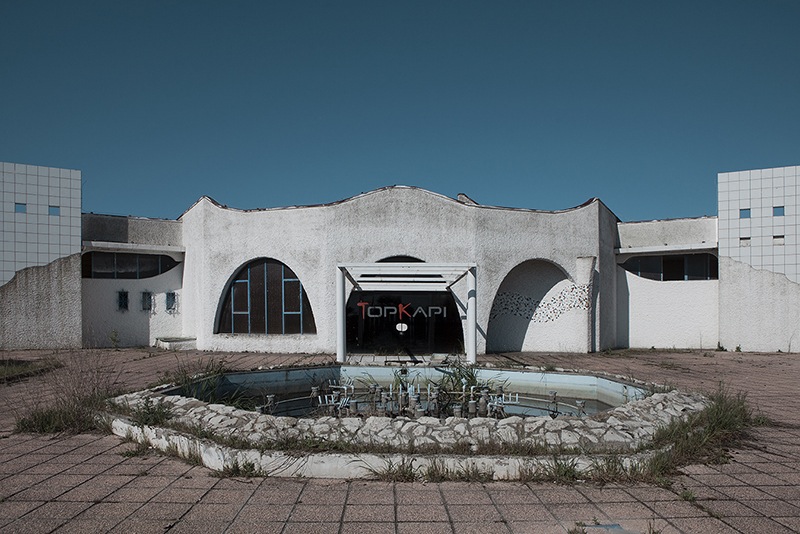 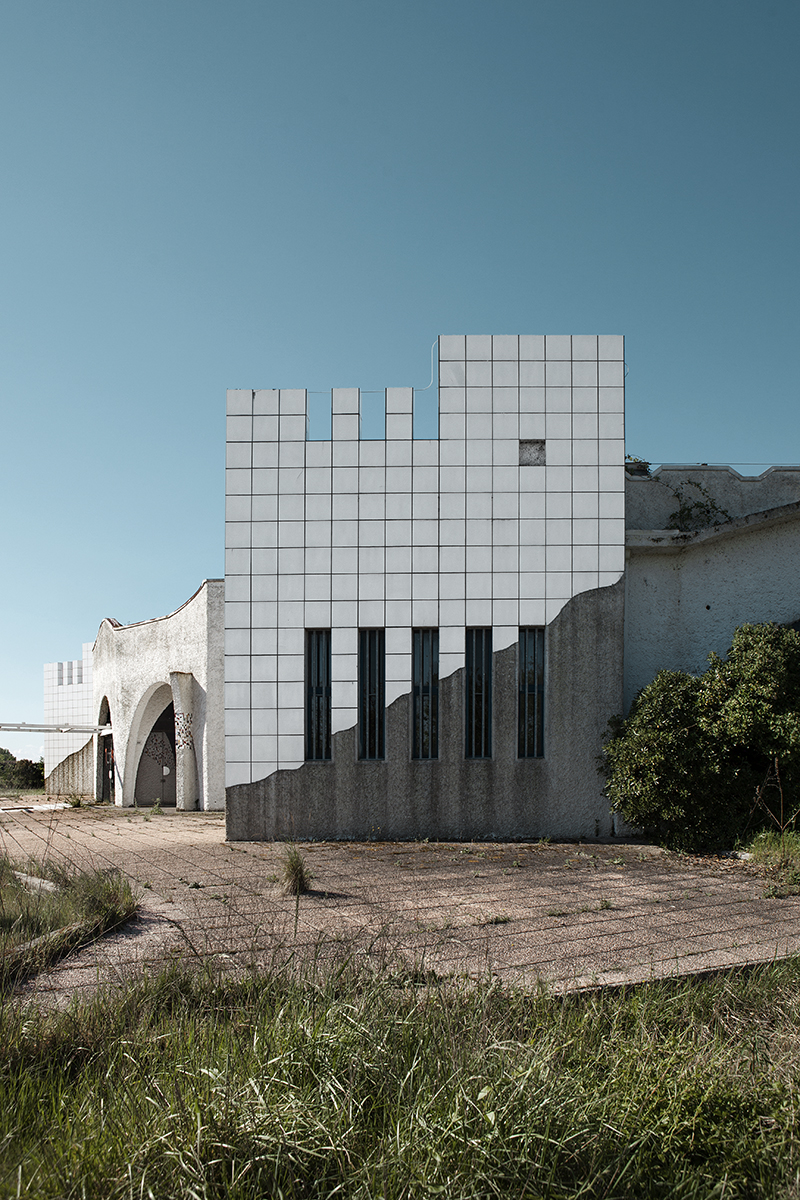 “The music is over, our friends are leaving” says the incipit of a very popular 1967 Italian song. The verse feels like a good fit for photographer Antonio La Grotta‘s series Paradise Discotheques.

Antonio visited several discotheques in the north of Italy now abandoned, some of which boasting quite a remarkable architecture, and some called with such names as Caesar’s Palace, Last Empire, Divina, and so on. (Fake) columns and Greek statues adorn the place… But the majesty is gone – as is the case for the ancient times these clubs evoke, nothing is left but ruins. The rubble, the cracks, the rust,  the sprawling weeds and the closed gates strike a stark contrast to the imagery they suggest of loud music and young crowds enjoying the night on the dance floor.