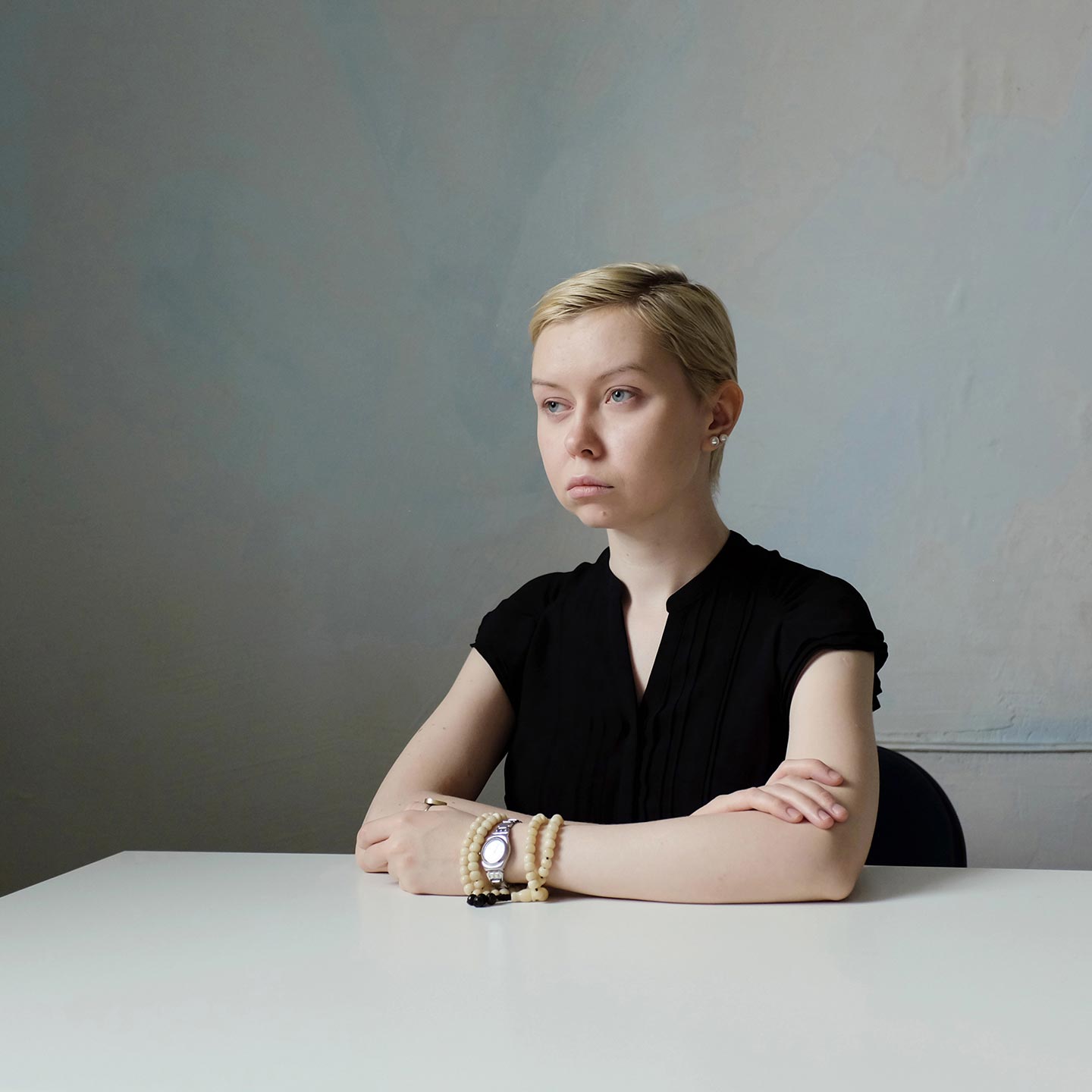 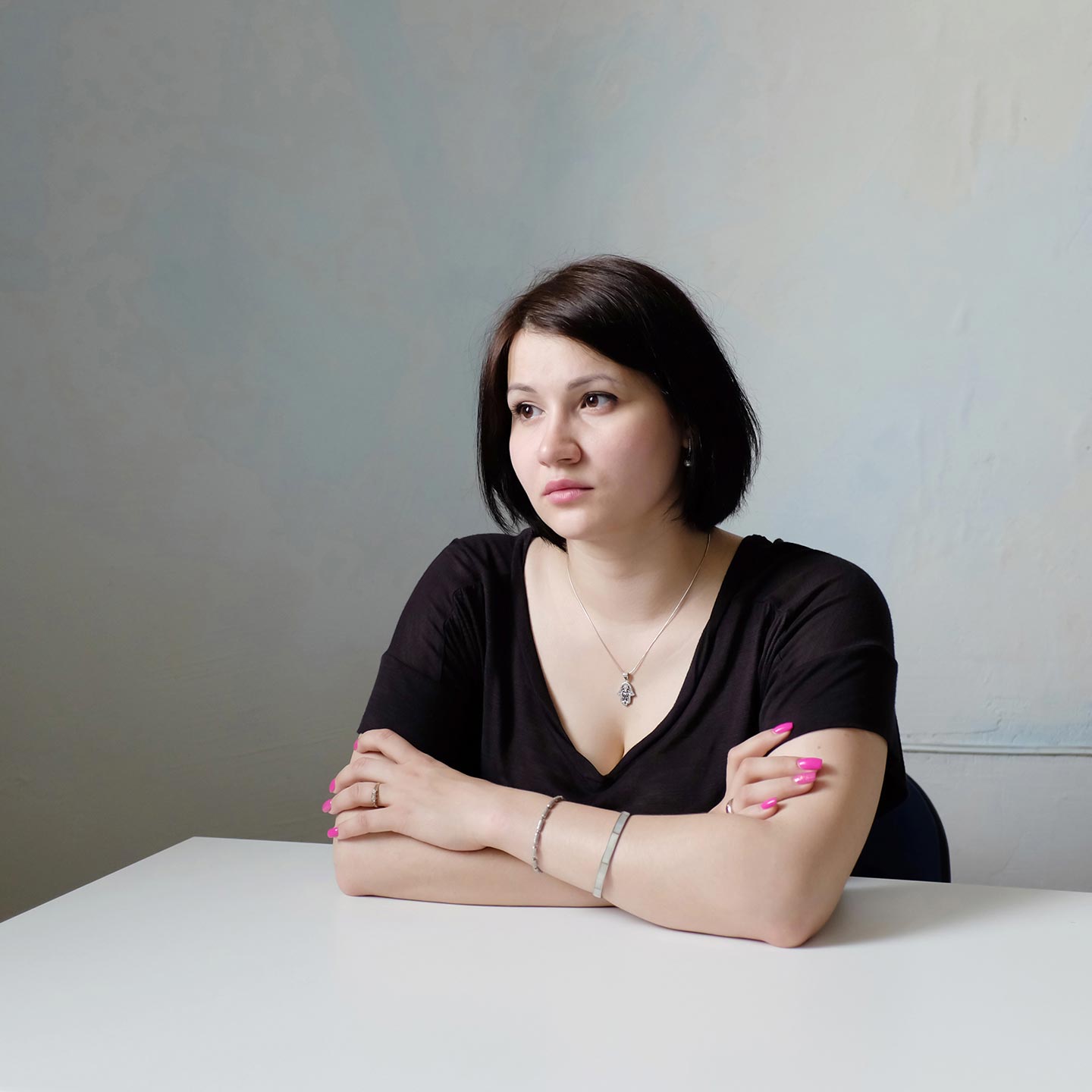 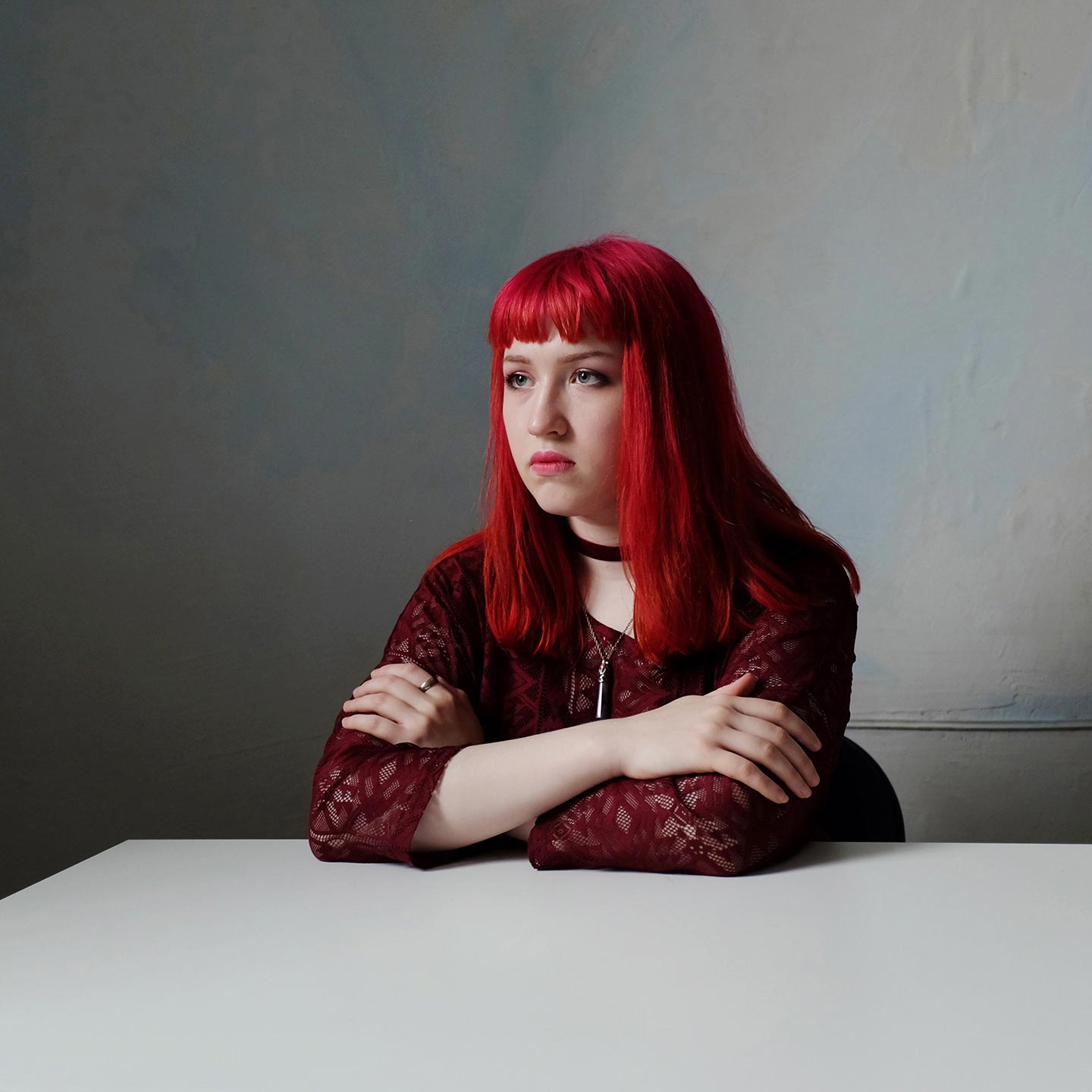 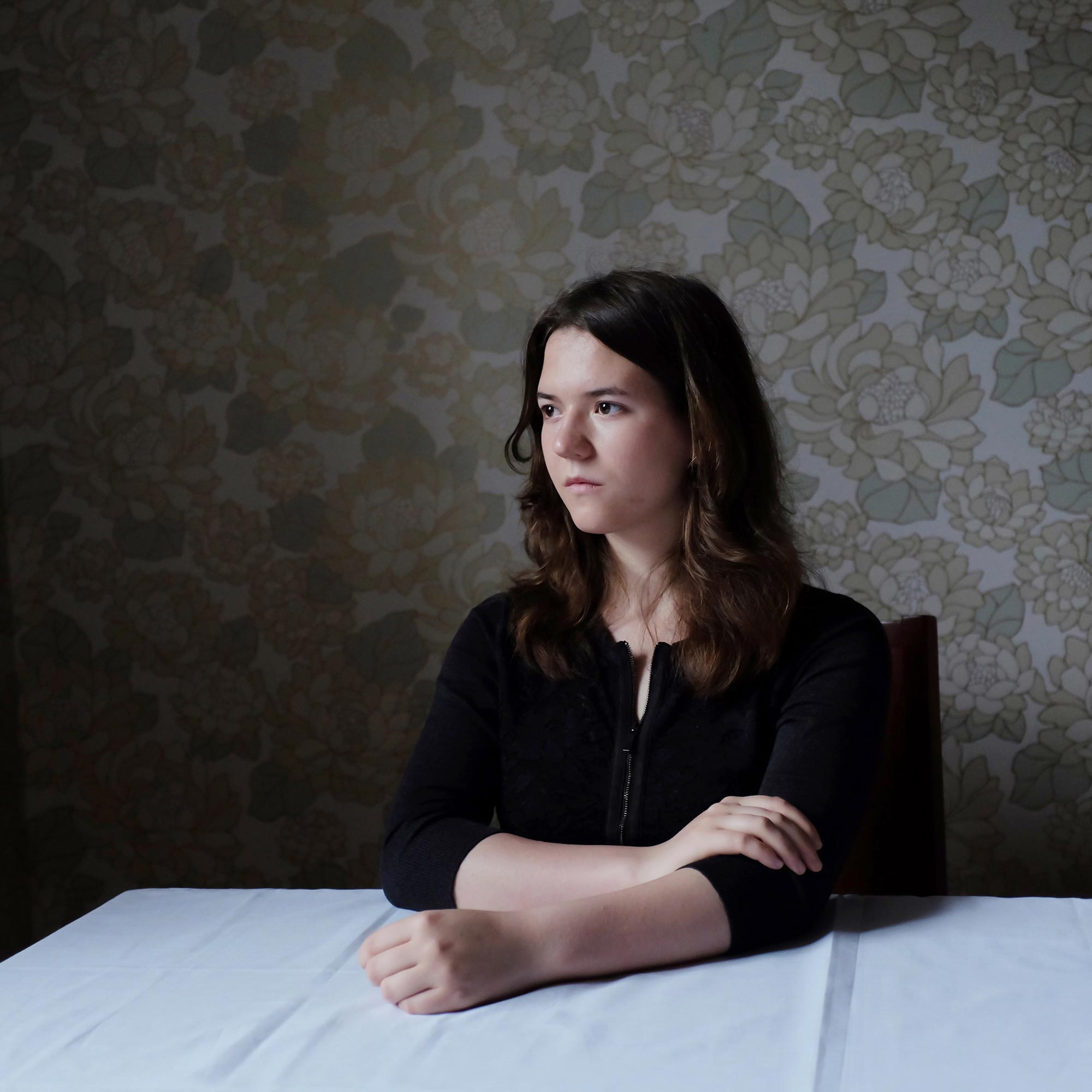 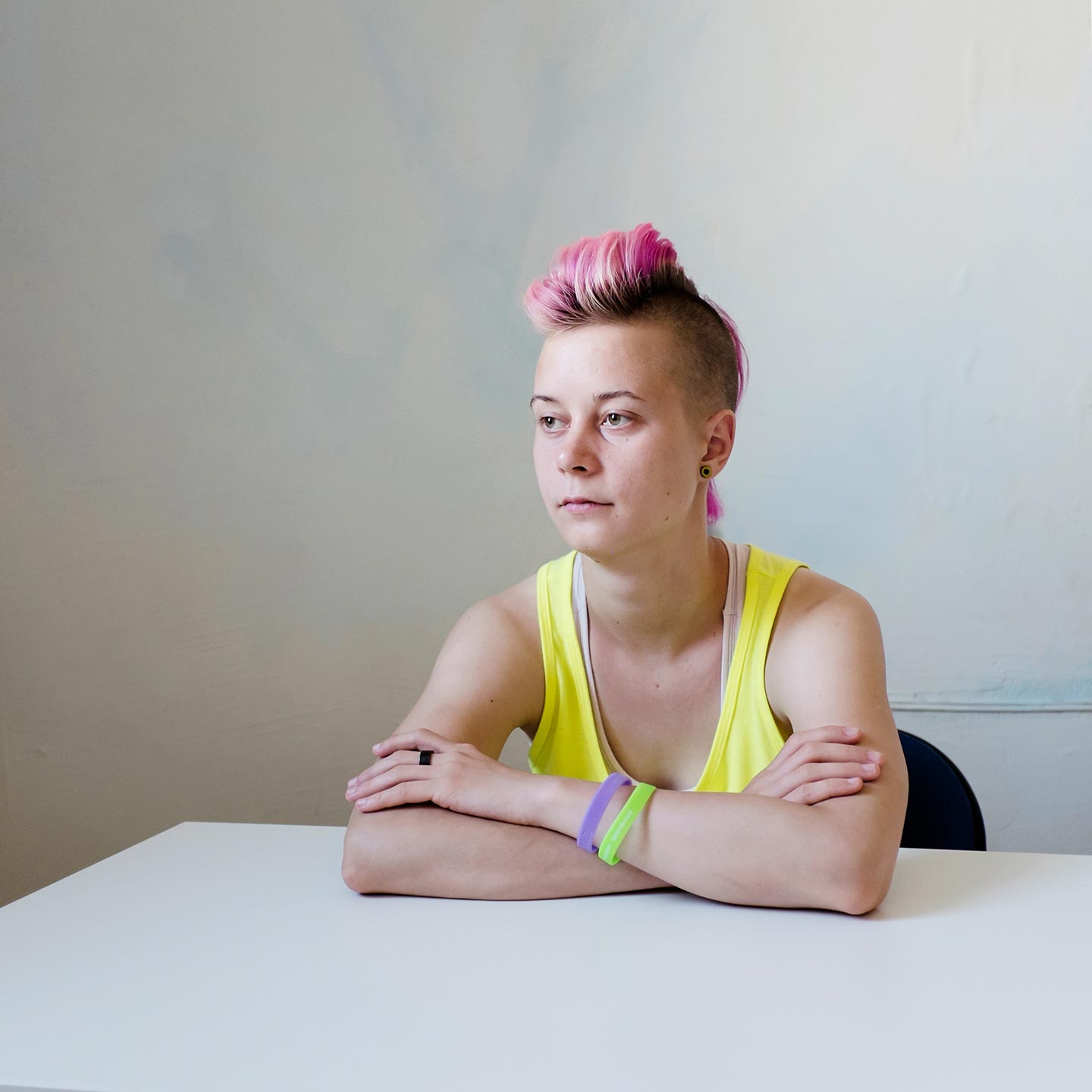 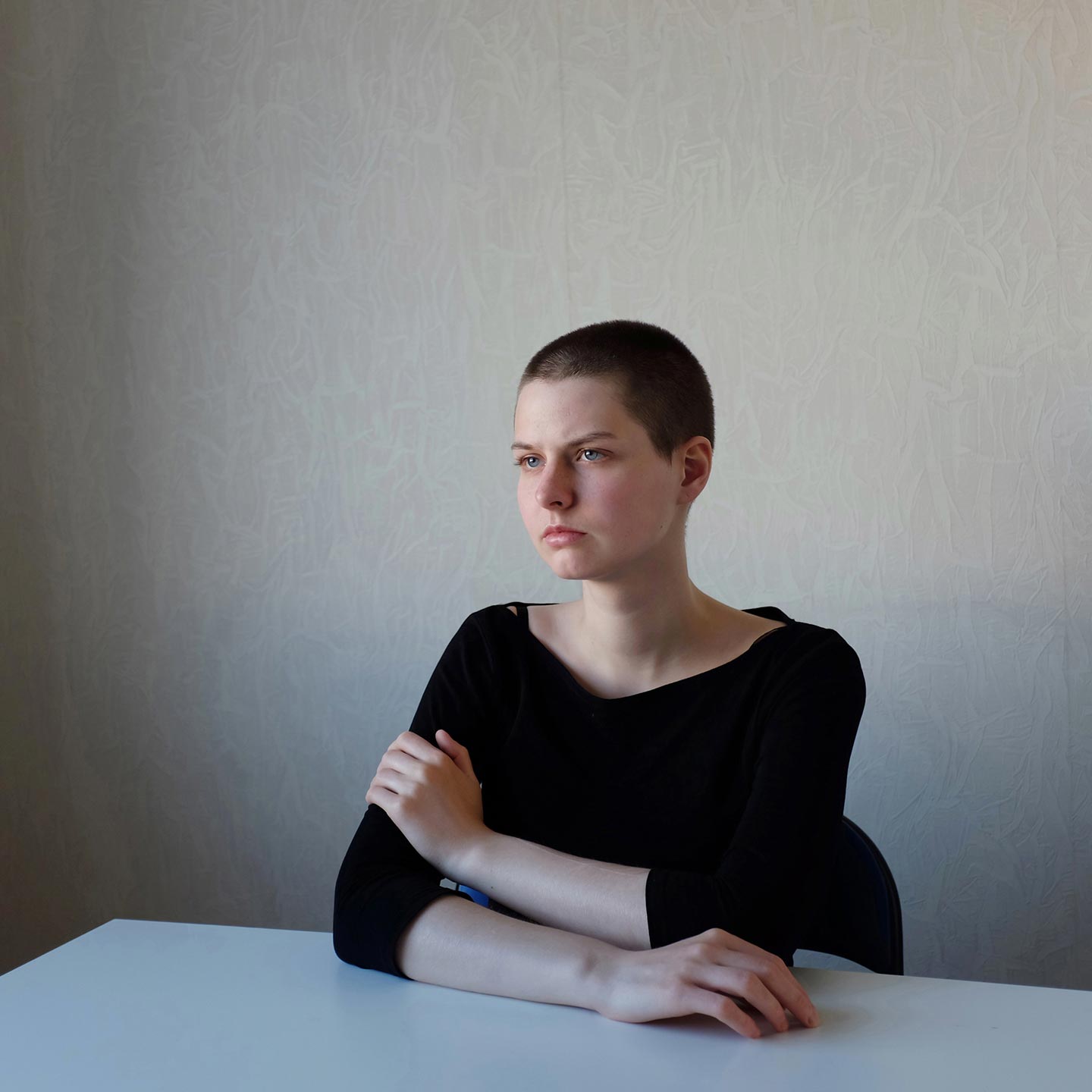 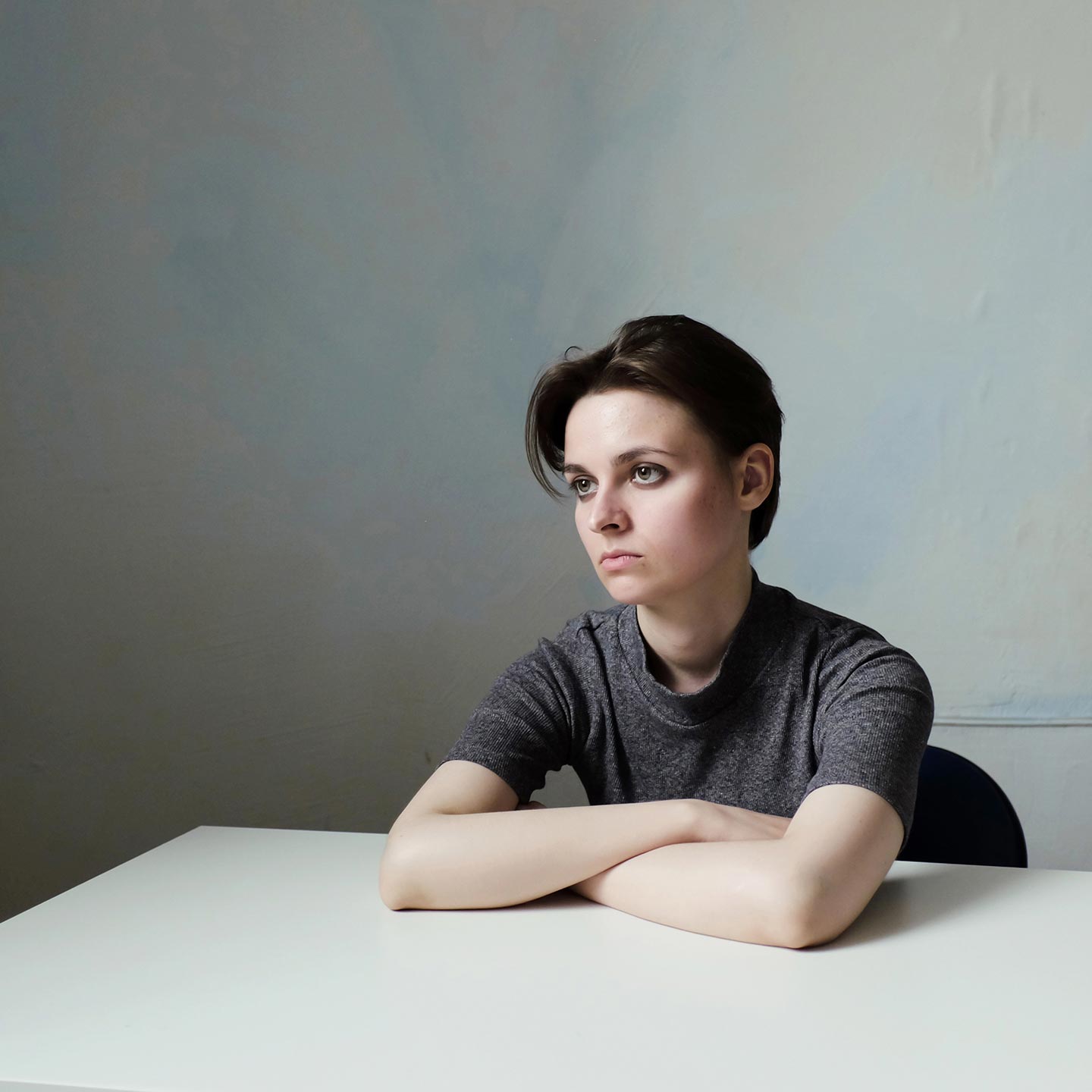 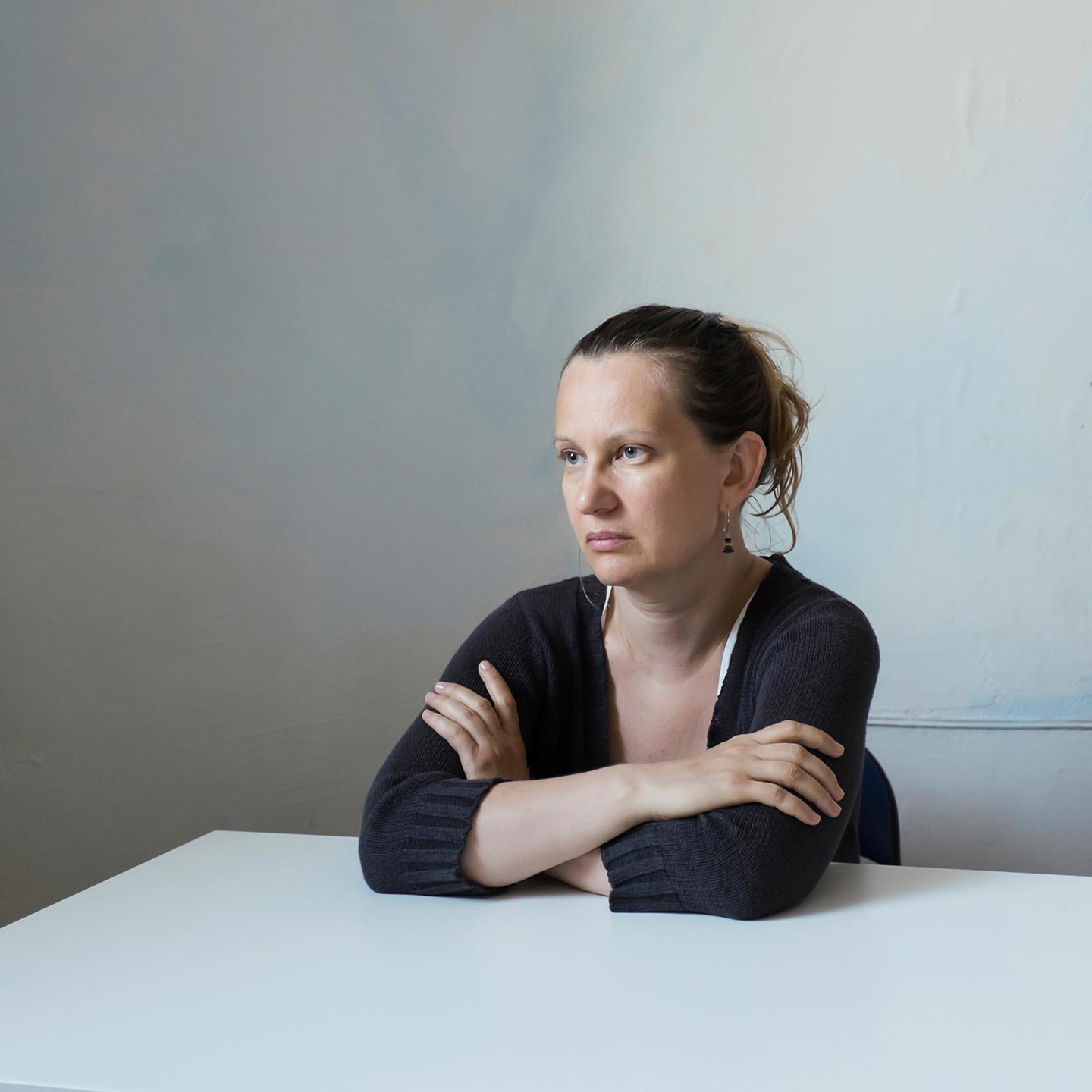 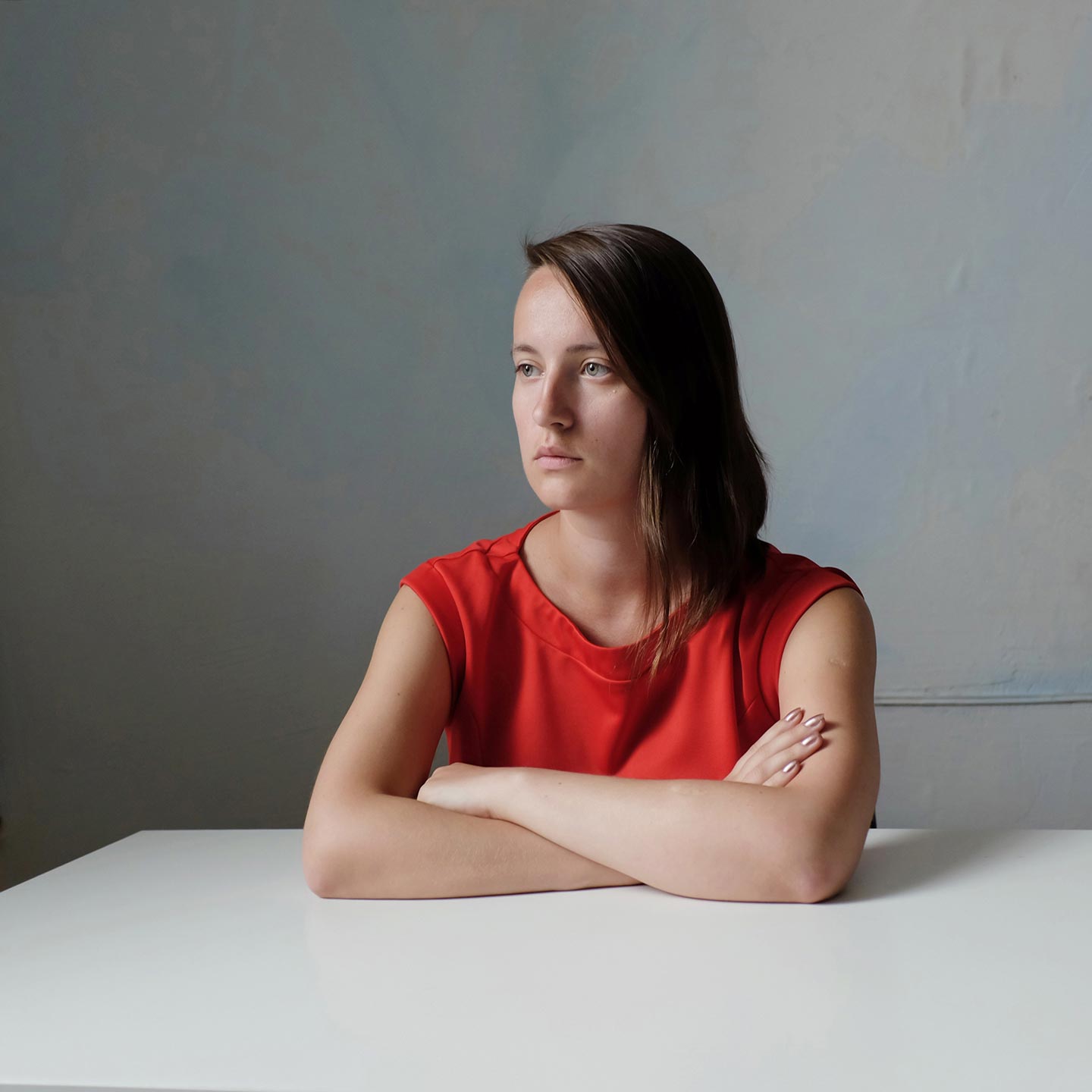 It starts out as a loving relationship, then one of the two partners becomes increasingly controlling and disrespectful of the other, until (in many cases) he or she gets violent. The number of women who are victims of intimate partner violence is by far greater than that of male victims; in Russia, the rates of this specific type of domestic violence against women are particularly high, due to the prevalence of a masculinist culture and some political decisions like the recent decriminalization of domestic violence. For You Are Mine, a series of staged portraits, 23 year-old Russian photographer Mary Gelman photographed women who have succeeded in getting out of violent relationships (either physically or psychologically).

Hello Mary, thank you for this interview. What are your main interests as a photographer?

My personal projects are connected with issues such as discrimination and stigmatization based on gender and body attitude. I’m also interested in how these issues are approached in certain societies, and in closed or semi-closed groups. I think such topics are very important, and I hope that my work can help others consider them from another point of view, and get them to reflect.

Please introduce us to You Are Mine.

You Are Mine is a series of portraits and stories of Russian women who endured intimate partner violence. These stories are about power and control of one person over another; about the victim’s difficulties of identifying it as violence and resisting it, both on a personal and legal level. Violence is not only when you’re punched in the face: it’s also when somebody ignores you, tries to control you, or disrespects your will. You Are Mine shows that one of the main sources of violence is an imbalance of power, and not sexual orientation, age or education.

Russia has a high level of violence against women. According to statistics of the Ministry of Internal Affairs of the Russian Federation,  91% of all the victims of domestic violence in 2013 were female. Women are subject to grievous bodily harm 8 times more often than men. The problem of violence is endemic in Russia, but the government does not even recognize it as a problem; in fact, every year we have fewer laws protecting women.

What is the typical story of women who become victims of domestic violence?

It’s pretty evident that stories of intimate partner violence follow a pattern. Usually the beginning of the relationship between the victim and her partner goes well and is romantic. Slowly over time, the man starts controlling the woman, masking his obsessive interest with such words as “I care about you” or “I love you and must know everything about you”. At all stages, women thus tend to confuse violence with love because control and punishment are presented as expressions of their partners’ caring and wanting the best for them. Such dynamic of psychological pressure steadily builds up until it bursts out and ends in sexual assault.

Then, the aggressor tries to make it up with the victim, and blames the assault on her. Typical excuses include “You looked at me the wrong way”, “I’m sick of you”, and others. The woman tells herself that her partner will change or that he or she was in not in a good mood; what is worse is that she actually starts blaming herself. A ‘honeymoon’ period follows where everything’s fine again—that’s the start of the same new cycle.

In Russia there are widespread ideas that beating your wife is a sign of love, or that women are the ones to be blamed for violent acts by their partners. If news of a violent episode against a woman circulate, typically the victim will be blamed. This is the case for most such stories that go public, as well as for the stories I tell through my projects: many people who saw my series You Are Mine made comments along the lines of “What did you expect from her?” and “Look at their miserable faces”—I even received threatening messages. Such reactions lead to the stigmatization of women who are victims of violence; as a result, these women choose to hide their traumas.

Our representatives in the Duma [the Russian parliament] chant slogans about the unacceptability of domestic violence; but then they ratify laws like the one to decriminalize domestic violence, which downgrades domestic violence crimes committed for the first time to administrative crimes. In these cases, police will not start investigations: it must be the victim to file a report to the court and begin prosecution herself. This creates the possibility that violence against relatives will escalate, especially since administrative crimes are only sanctioned with a fine (in Russia, fines are not considered as a significant penalty since ‘real’ crimes are not punished with one).

When the media released the news about the decriminalization of domestic violence, a number of feminist organizations protested in Moscow, Saint Petersburg and other Russian cities, but they didn’t attract big crowds. The theme of domestic violence is not taken seriously yet in Russia, and is covered up behind plenty of stereotypes.

What inspired You Are Mine?

Things for women in Russia are getting worse with every year. Political pressure on them to have children keeps growing; at the same time the government fosters the patriarchal system and cuts social assistance. And the rates of intimate partner violence are increasing. I believe it’s an important social problem: I have experienced violent relationships in my life, and I think many Russian women could partially recognize themselves in the stories of my subjects.

Before You Are Mine, no similar photographic projects were made in Russia where the women would not hide their faces and conceal their identities. The interviews to victims of domestic violence found in the media are usually anonymous because people are afraid to admit what happened to them publicly (they often won’t even admit it to themselves). So at the beginning, I didn’t think I was going to find more than one or two women who would agree to tell their stories openly; in fact, I’ve found more. They really have something to share.

Previous projects about domestic violence also showed beaten women with bruises over their bodies, or in a very bad psychological state. I wanted to avoid that—I wanted to work with women who had successfully escaped their violent relationships, and ask them why they hadn’t left before, what they had been through, and how they felt about their past experience.

The You Are Mine portraits are formally very stylized: all your subjects are seating at a desk with their arms crossed, against a light background, and looking off camera. Why did you choose this type of representation?

One thing most of my subjects told me is that they deeply feel like their partners haven’t been adequately punished. They got away with it, while they were left alone with their traumas. So on the one hand, I photographed them as if they were looking at and judging those who made them suffer with a calm, serious, confident attitude. On the other hand, the typological feel of the work, like they were photos drawn from the same archive, hints at the fact that any of us could find herself at this “court” with her own story.

Is there any particular reason why most of the women you photographed are very young (less than 30 years old)?

No, it was accidental.

Did you have any specific references or sources of inspiration in mind while working on You Are Mine?

I can’t say that anything in particular inspired the project. Usually, my works are inspired by conversations with my friends, colleagues and experts about the problems I’m interested in.

For me photography is research, investigation. I approach my photo projects as full scientific studies—each one of them requires deep knowledge and understanding of the subject matter. If I’m photographing a certain community, I will try to live with, work and communicate with its members. For me it’s fundamental to get close to my subjects: I studied as a sociologist and my sociological work has a great impact on my photography. I’m very open and respectful of the people I photograph: I know that by telling someone’s story I may also cause them pain, so I try to be as attentive and sensitive as possible with my subjects.