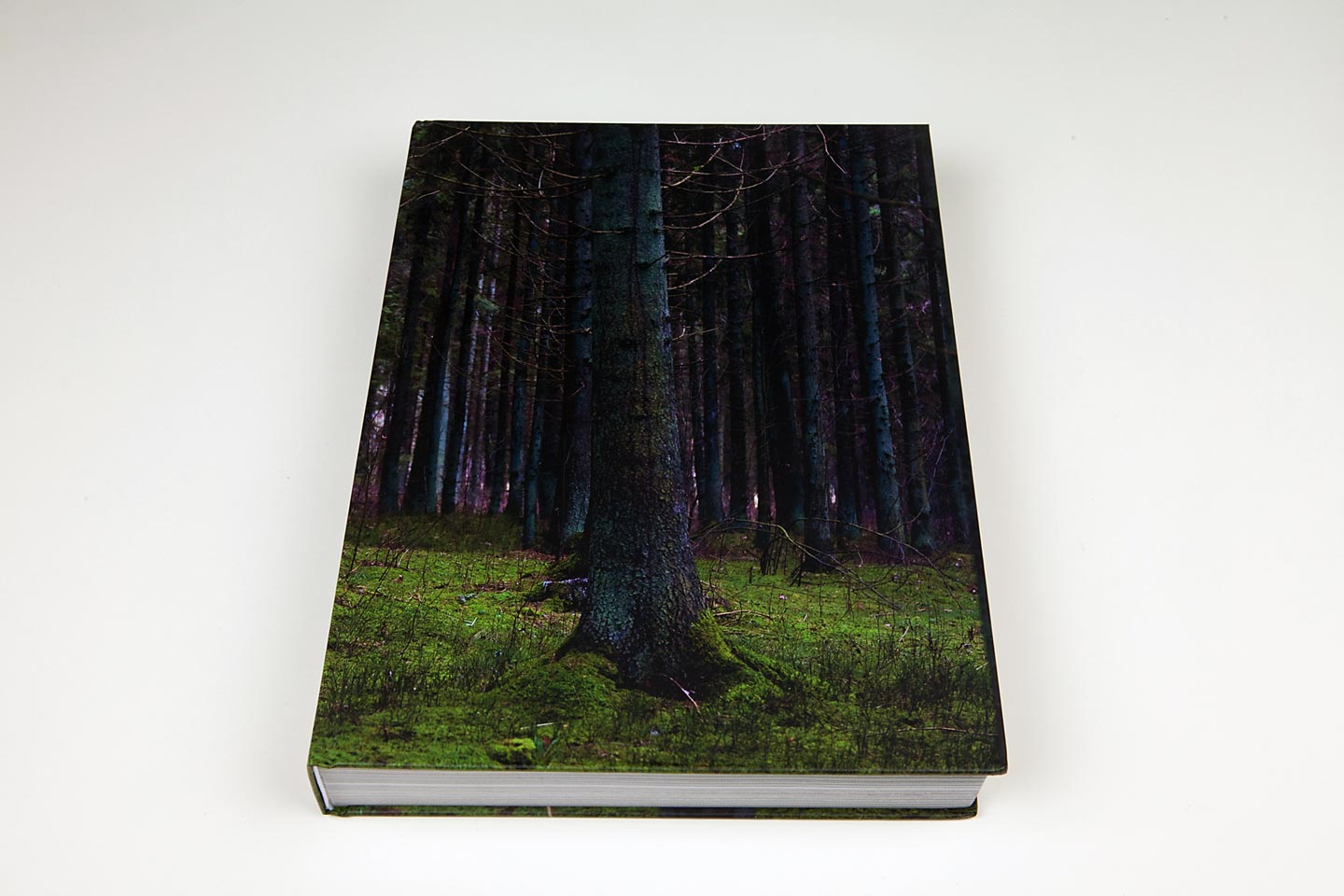 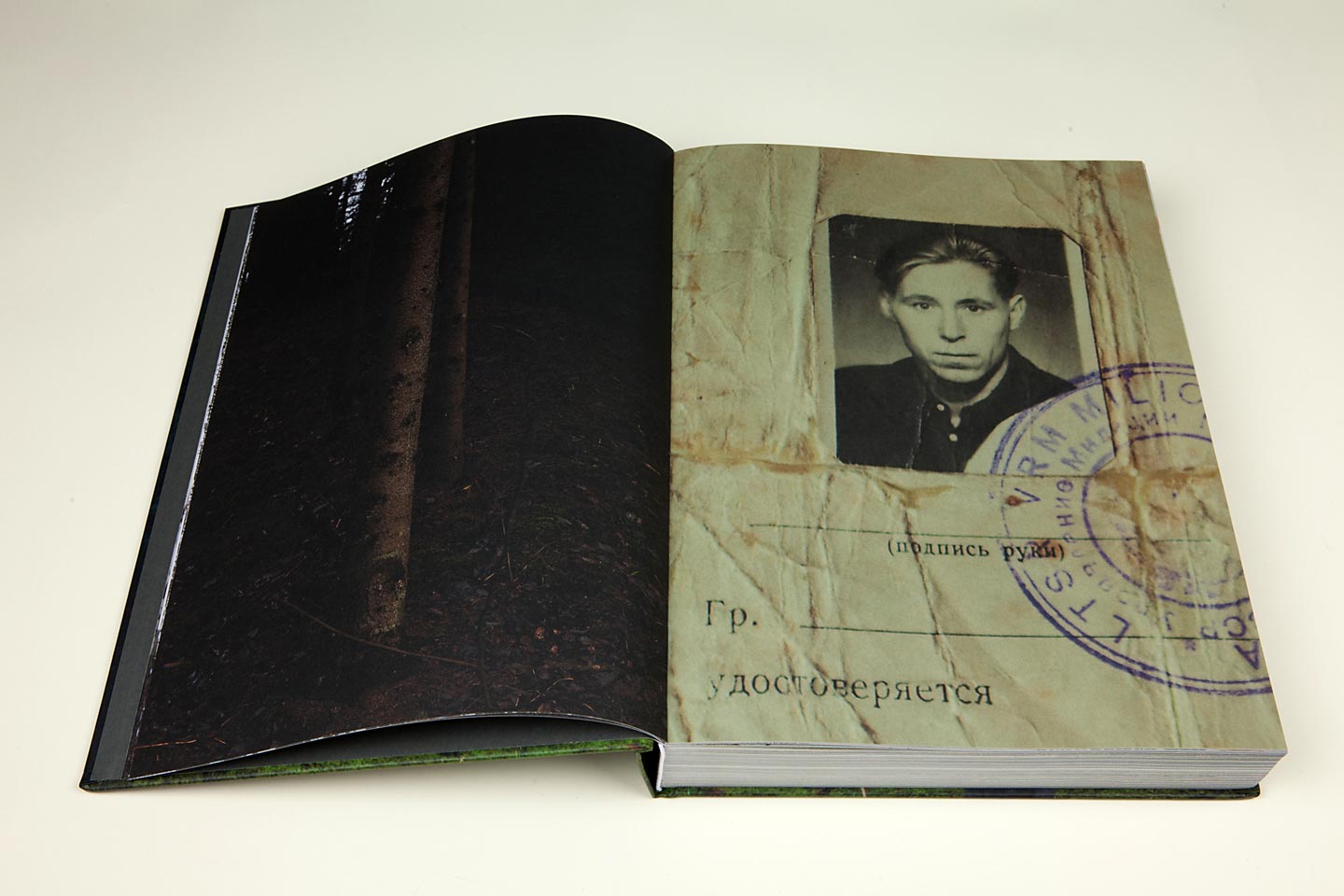 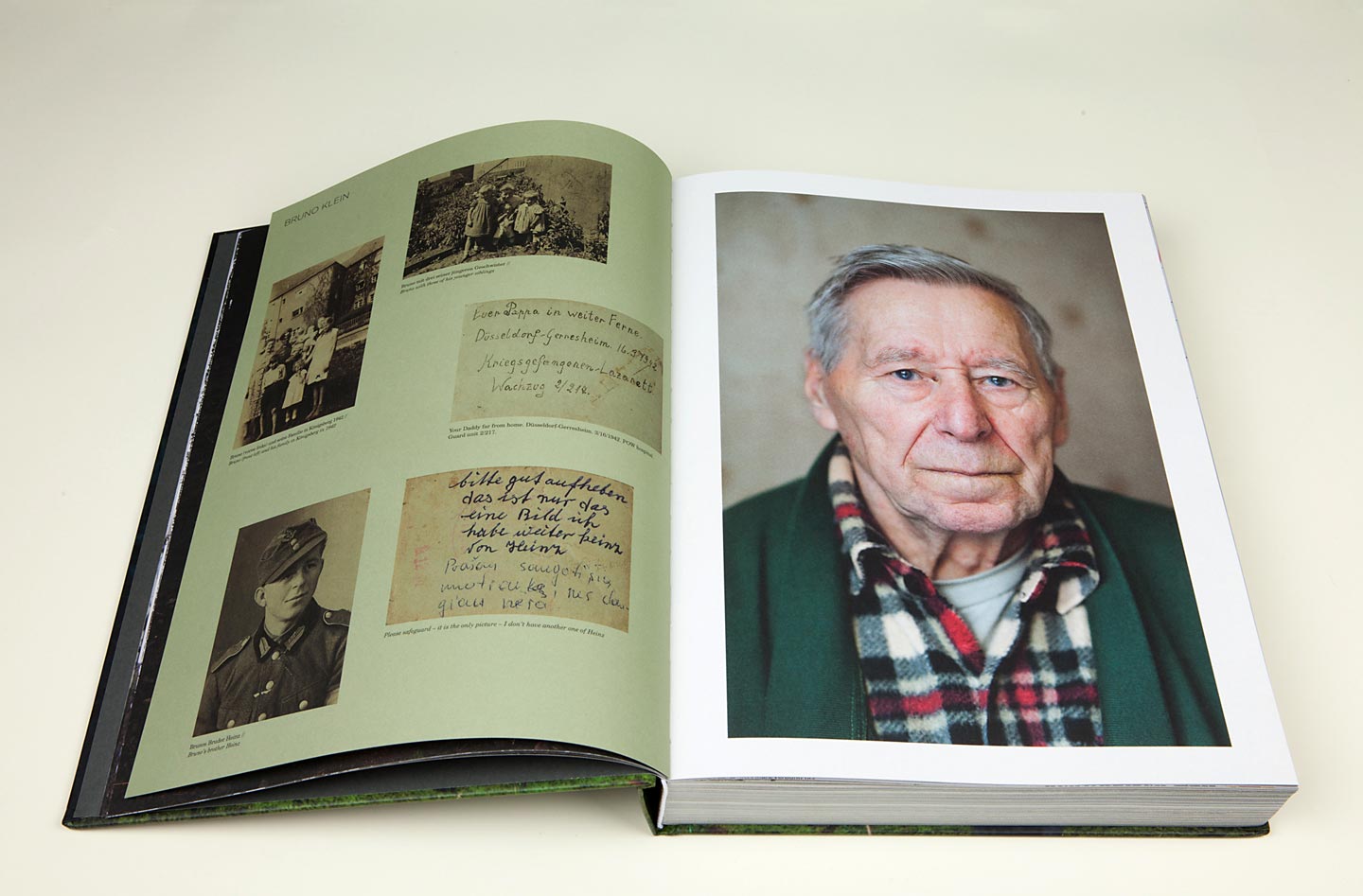 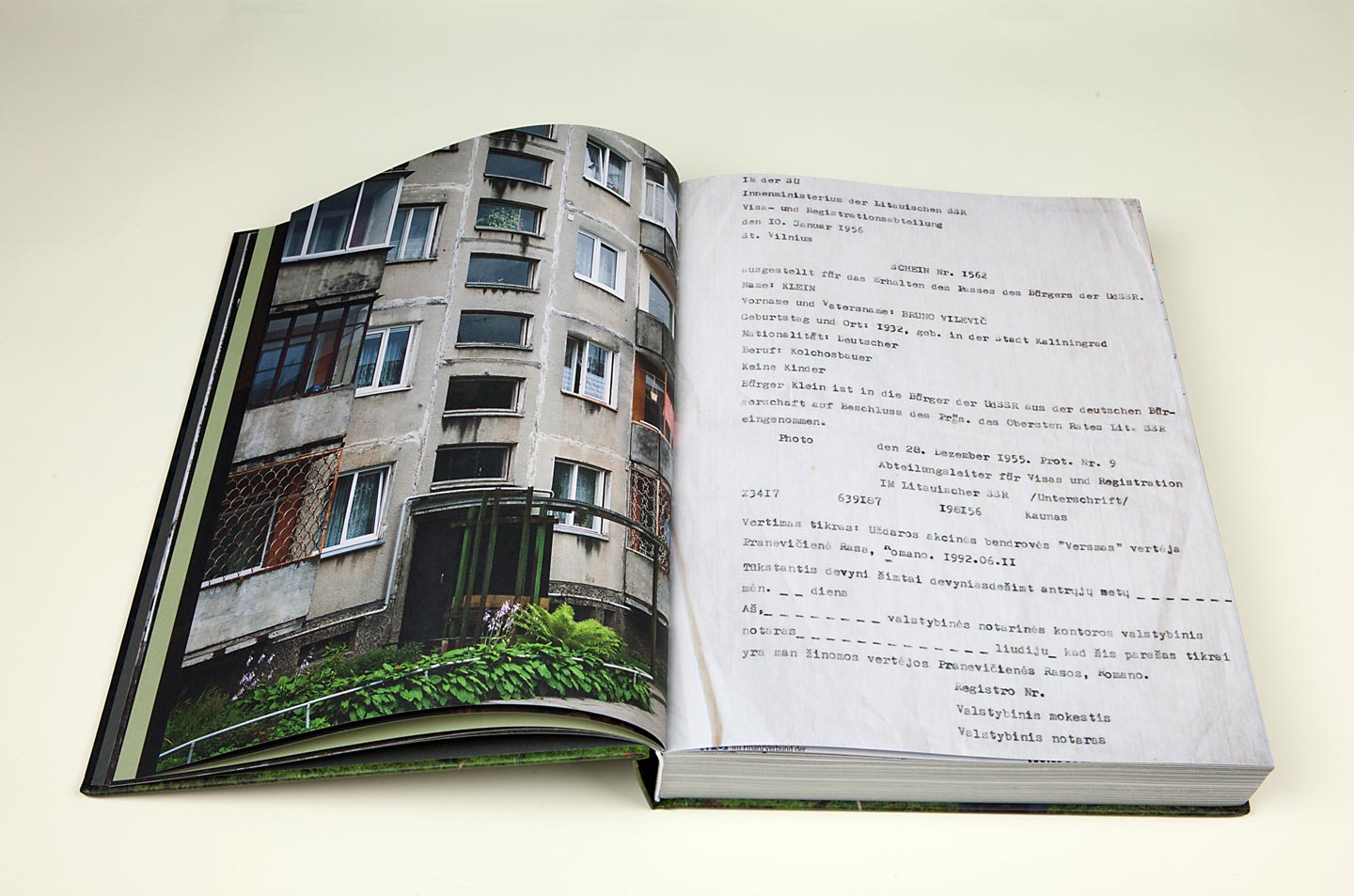 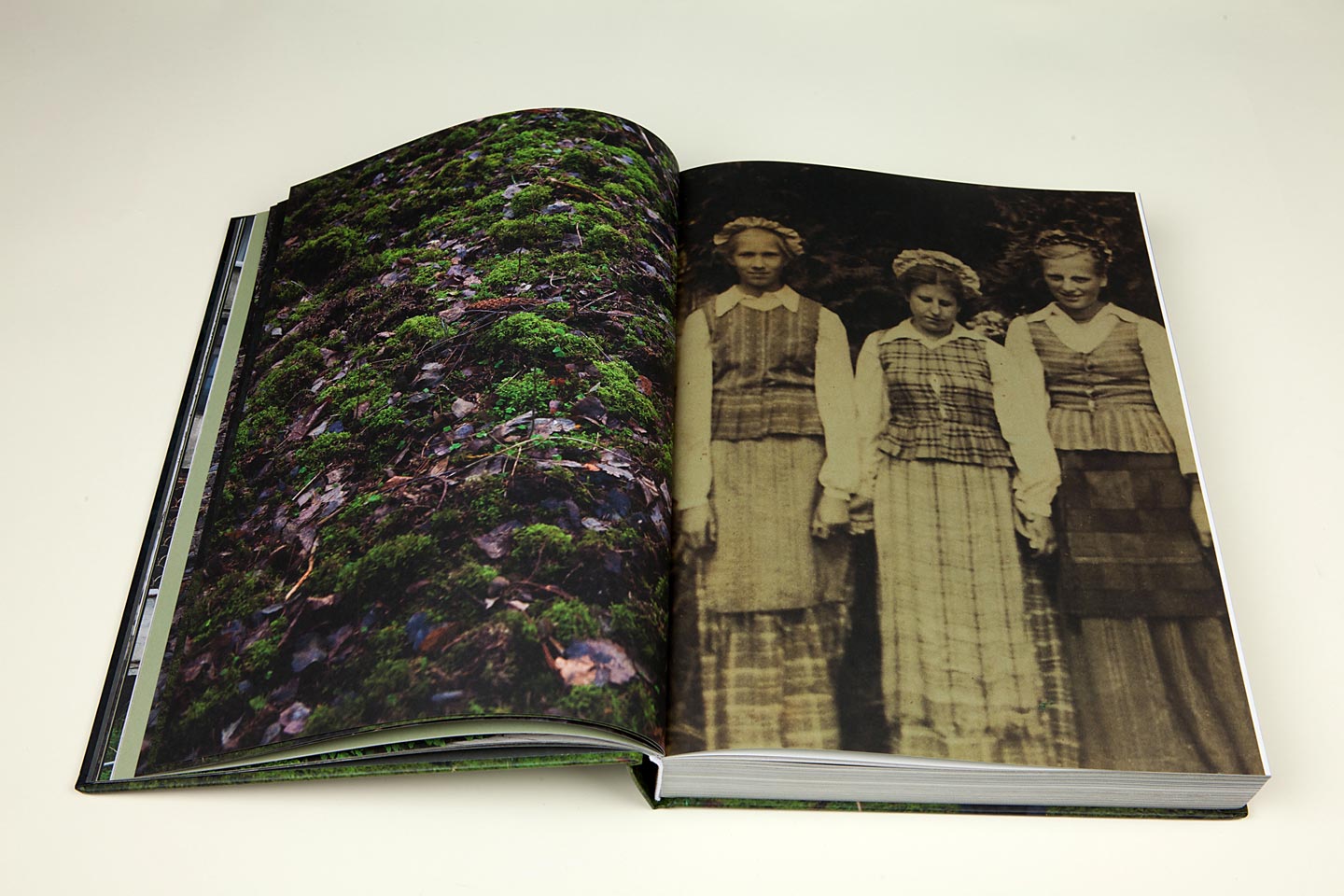 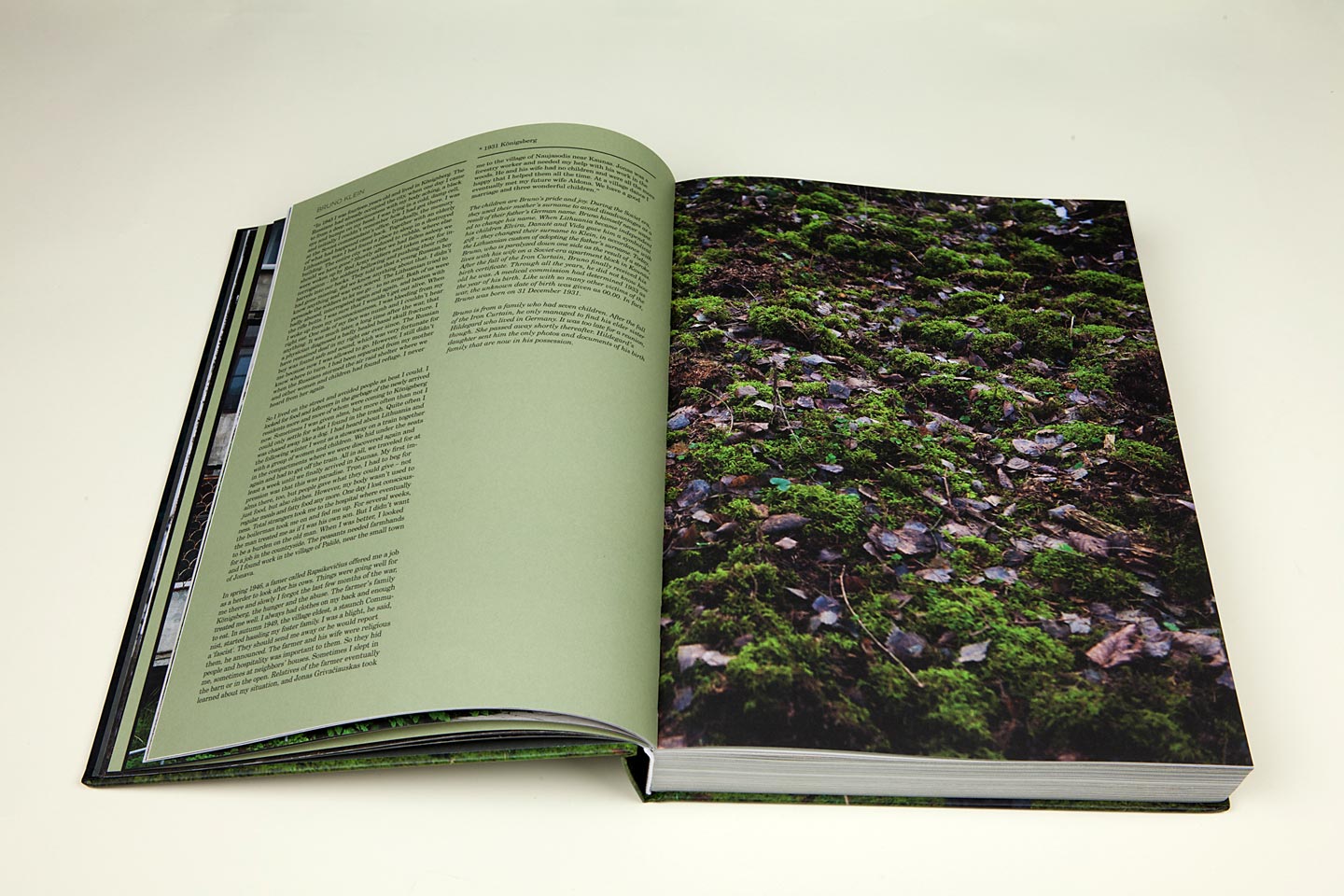 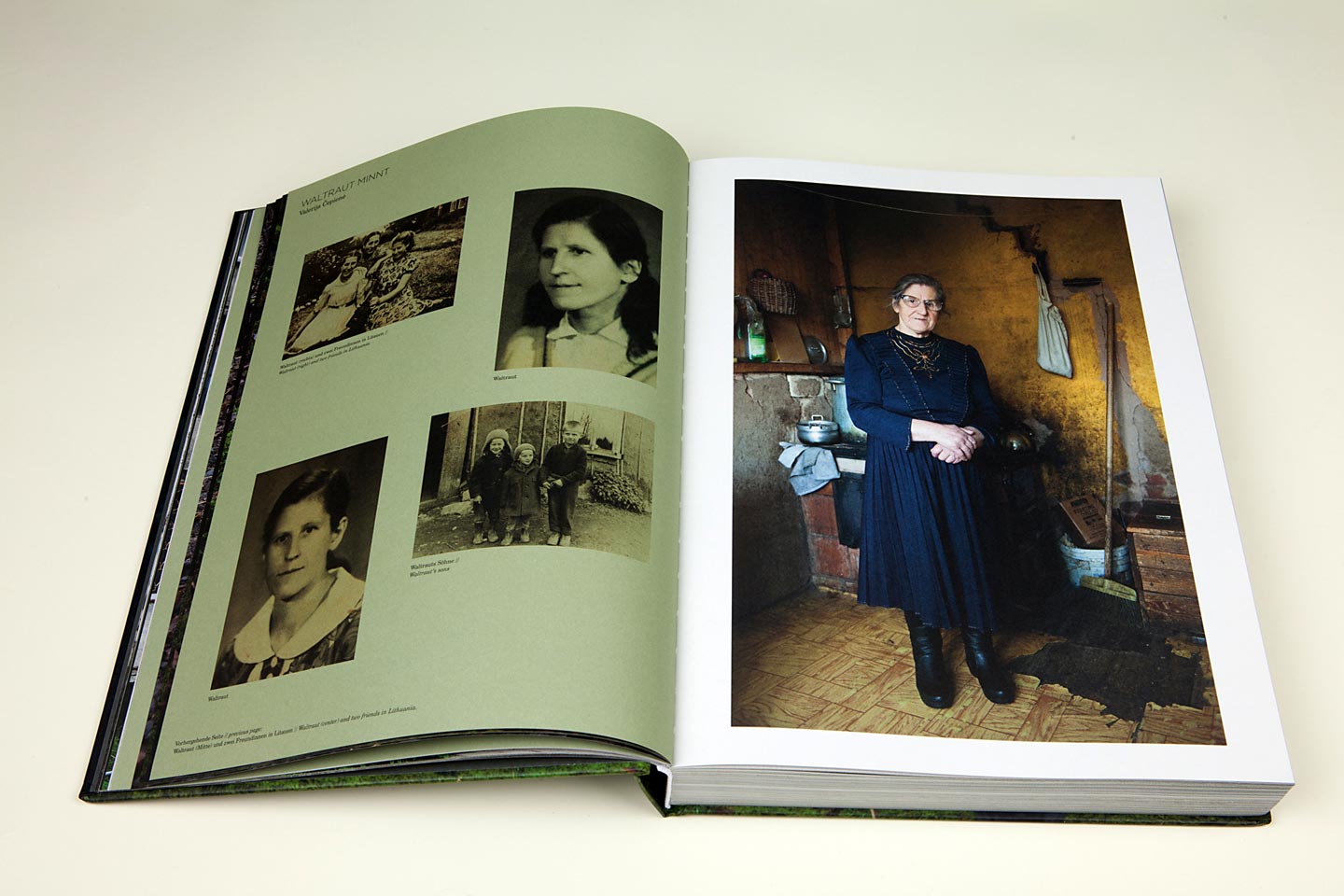 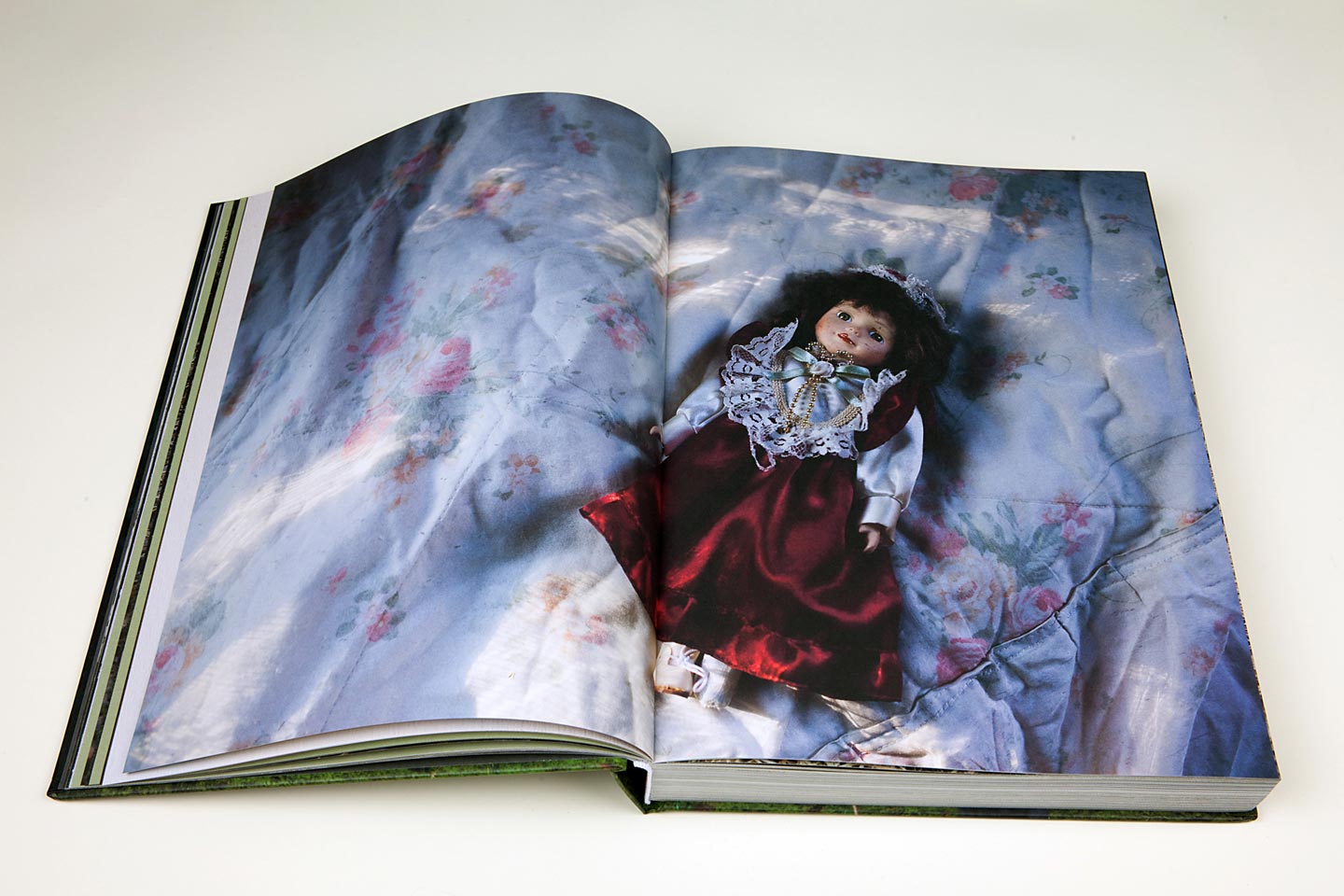 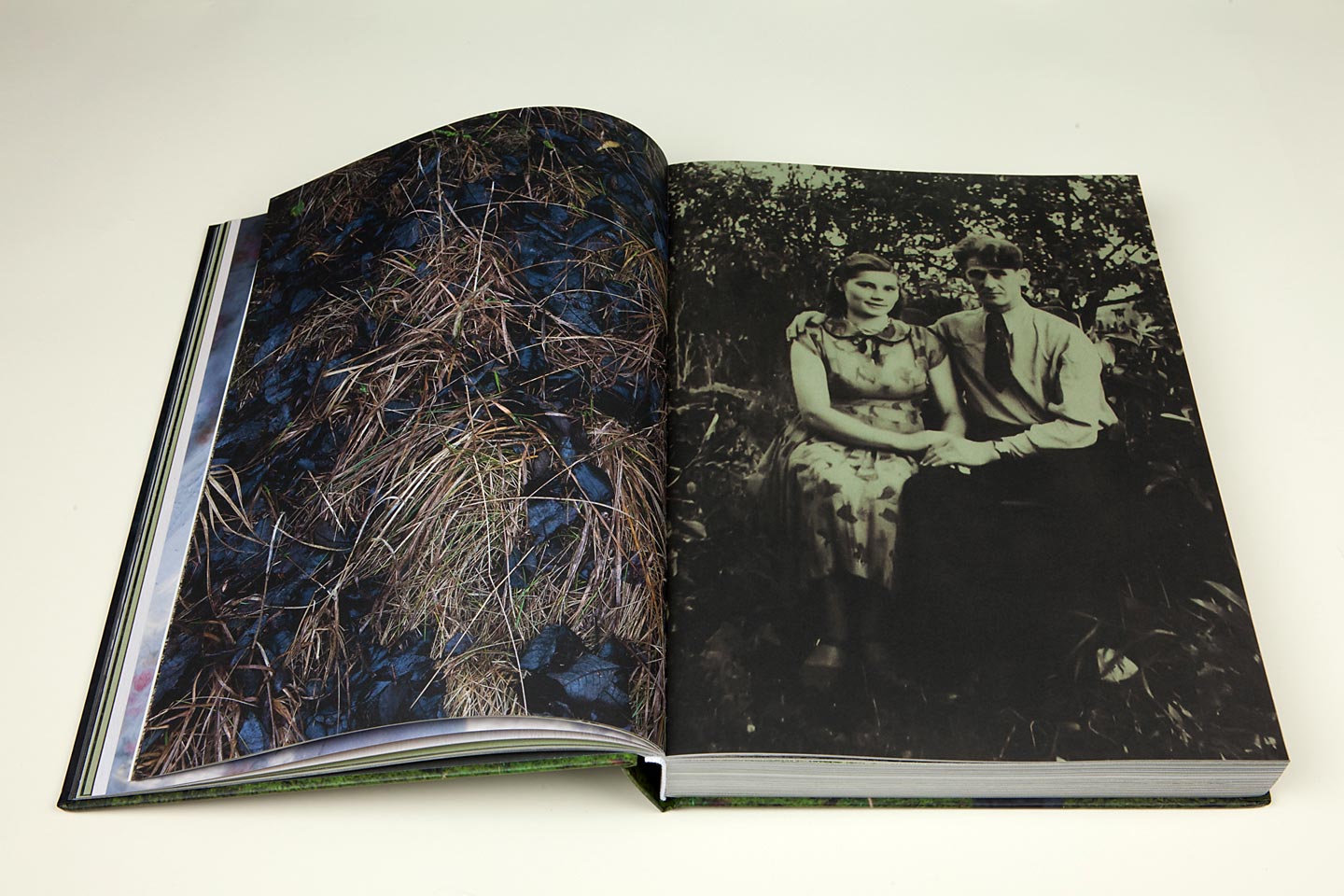 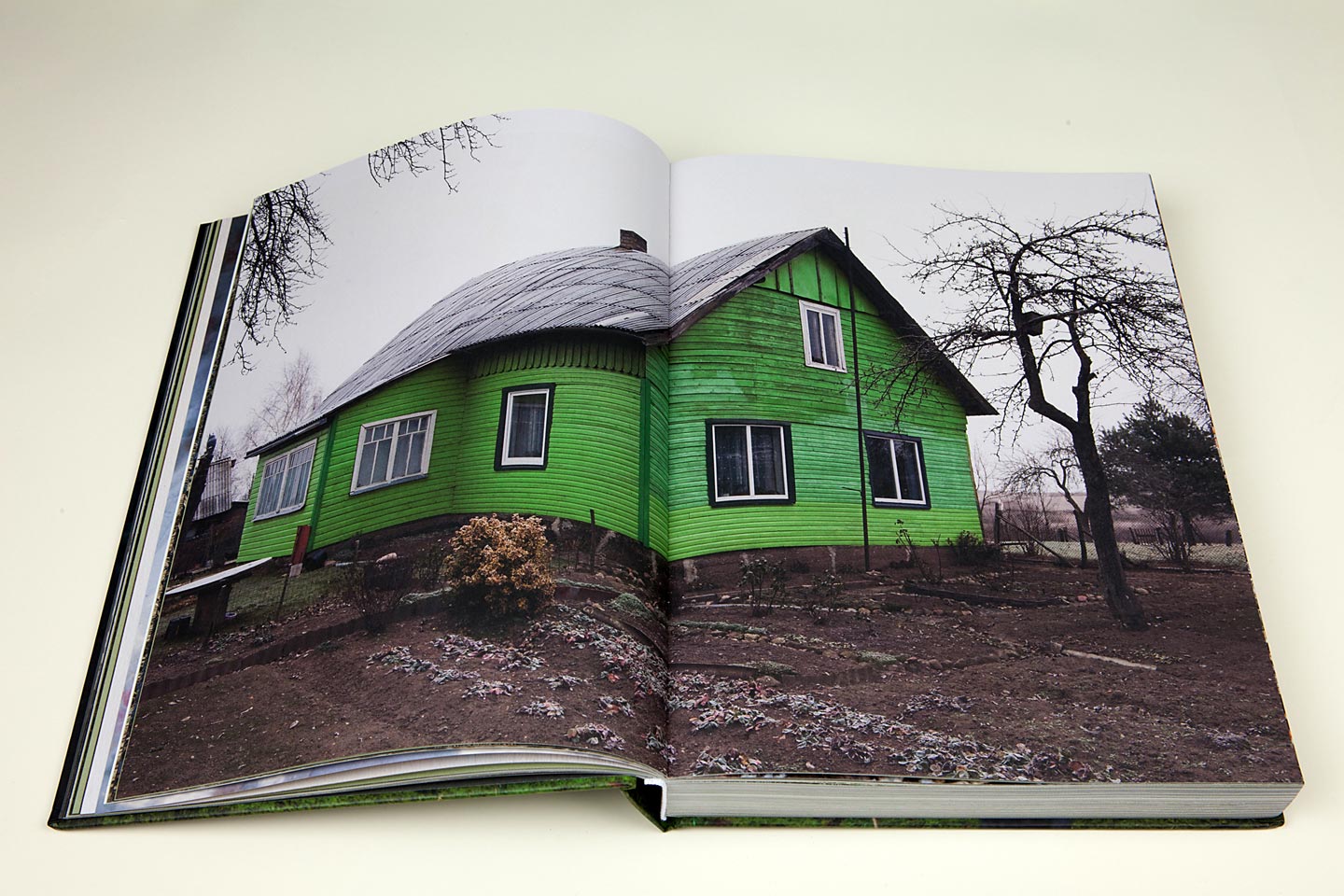 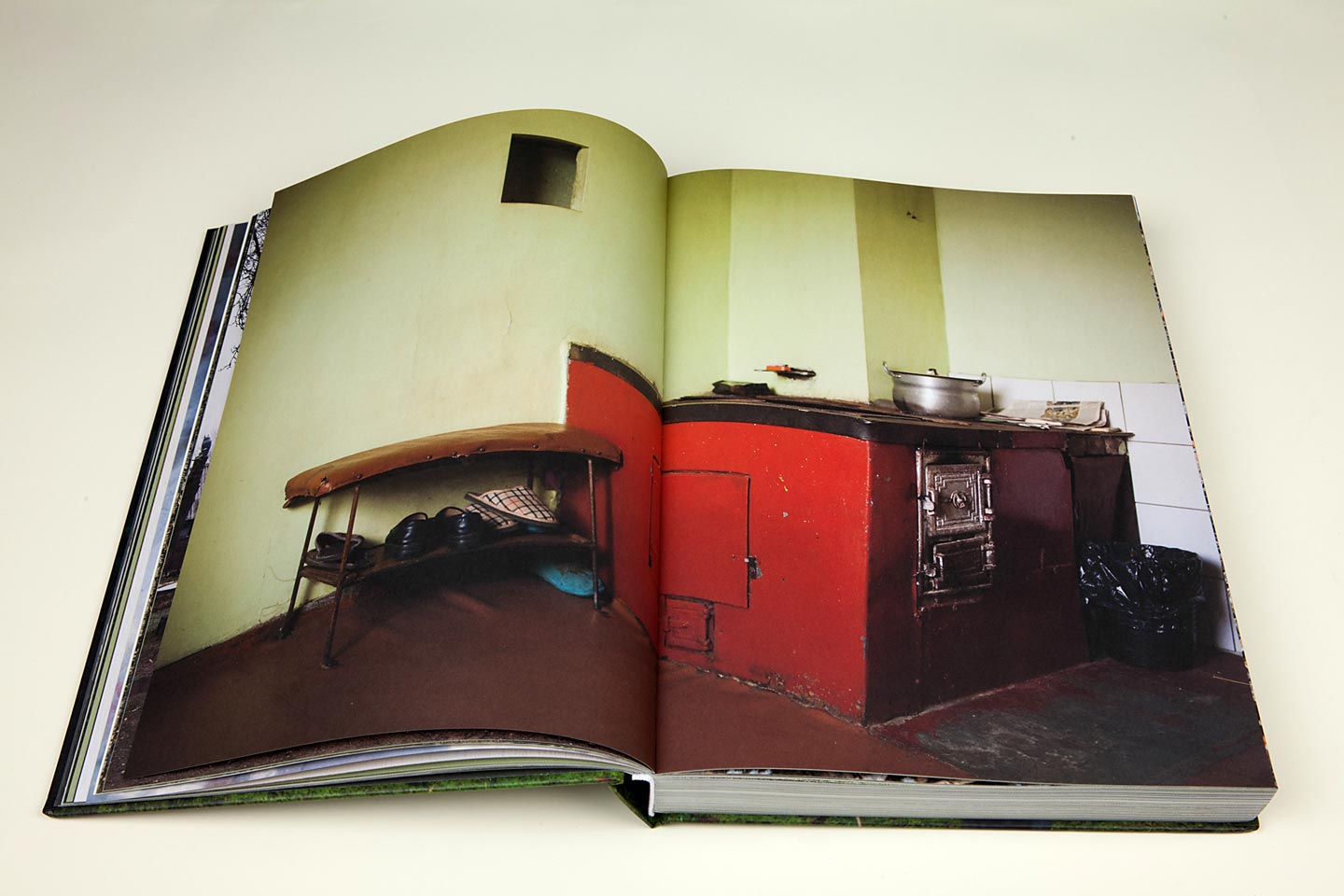 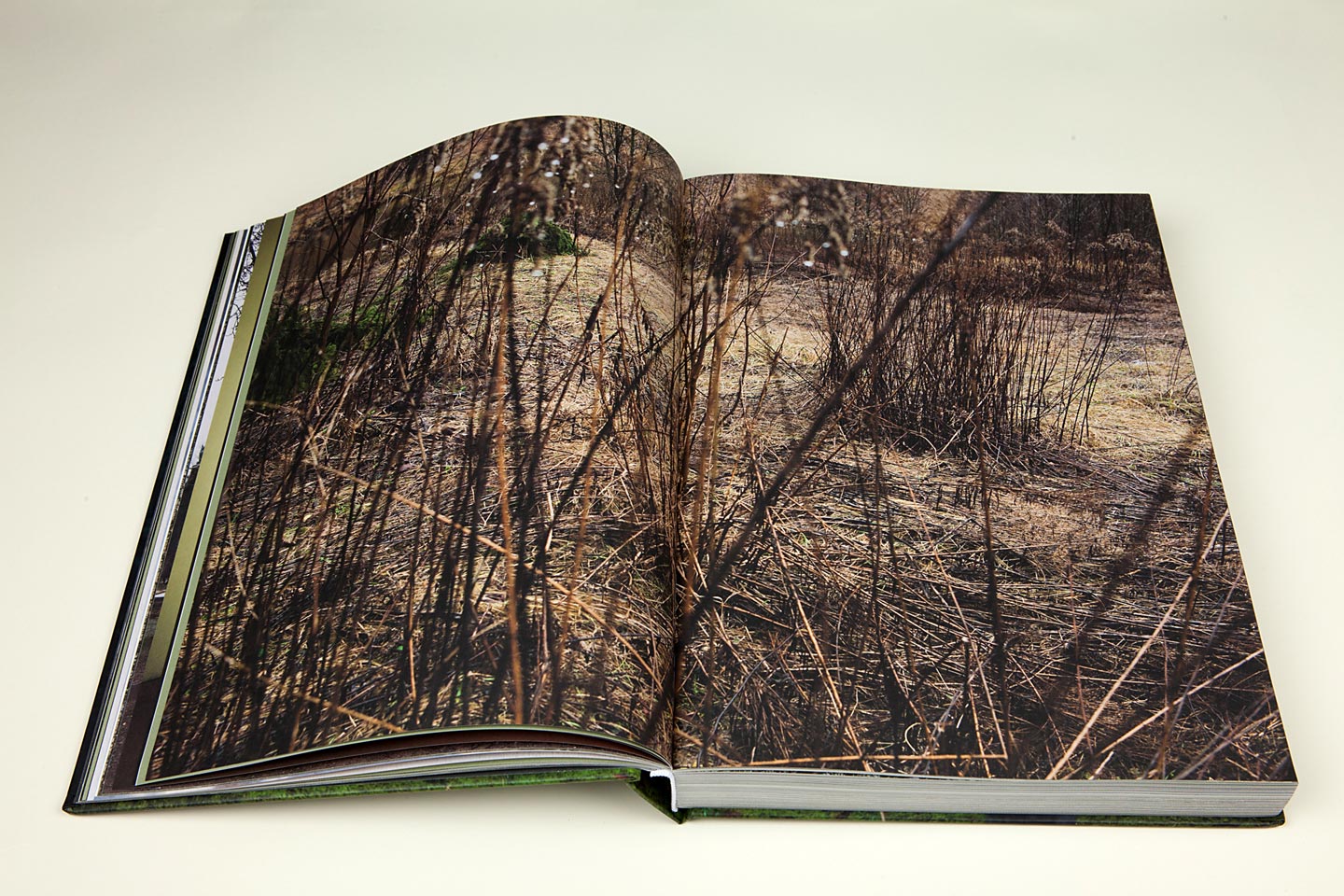 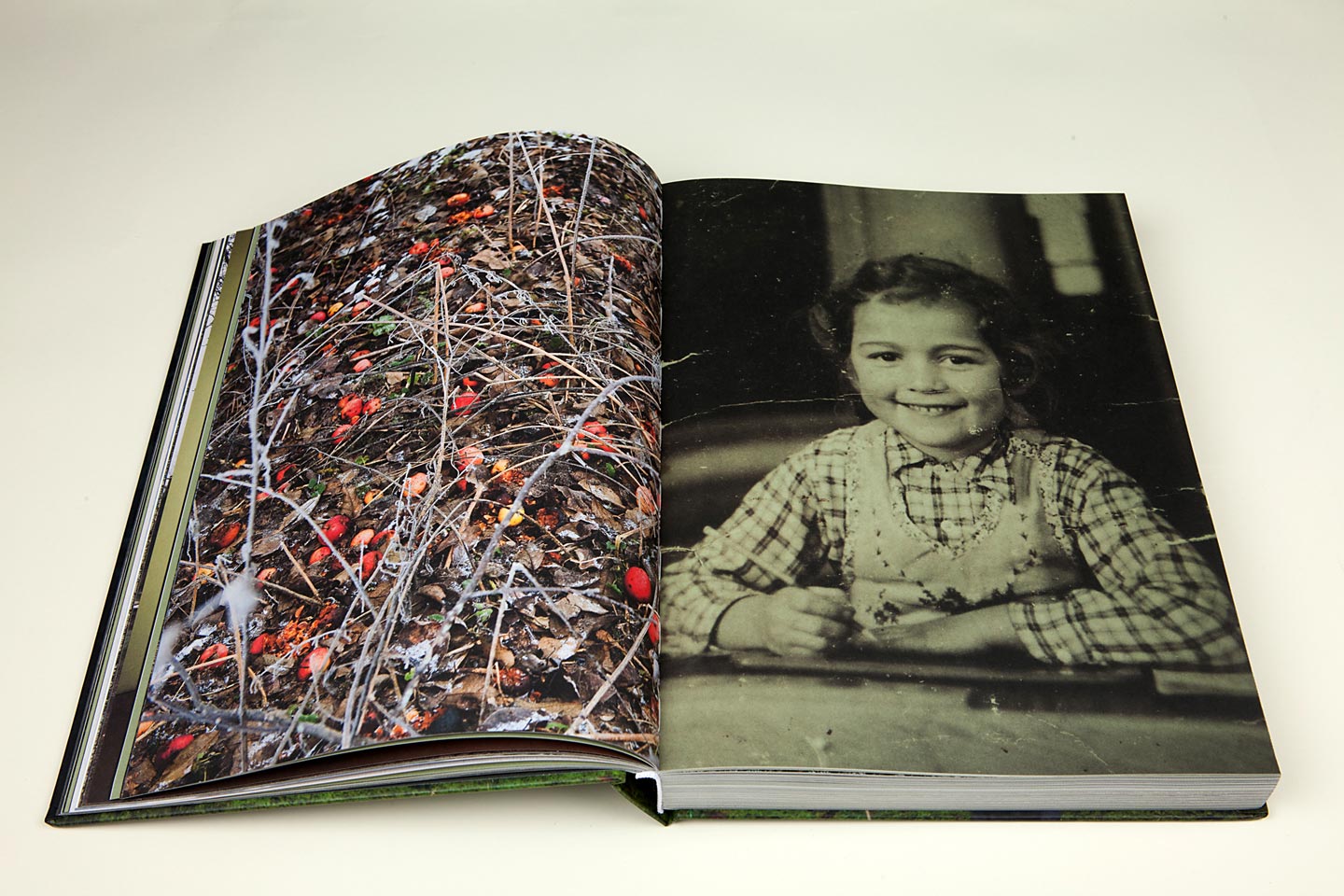 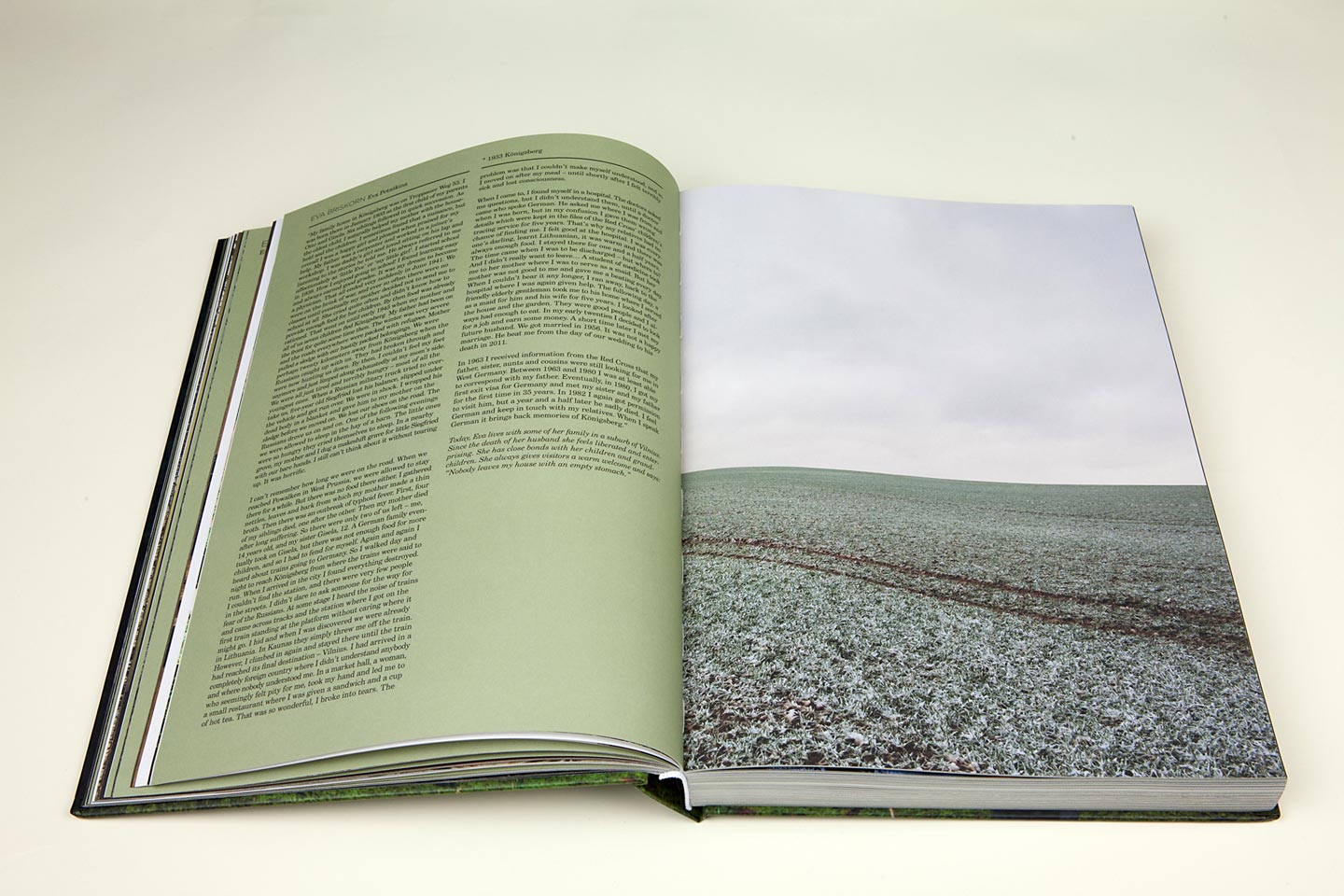 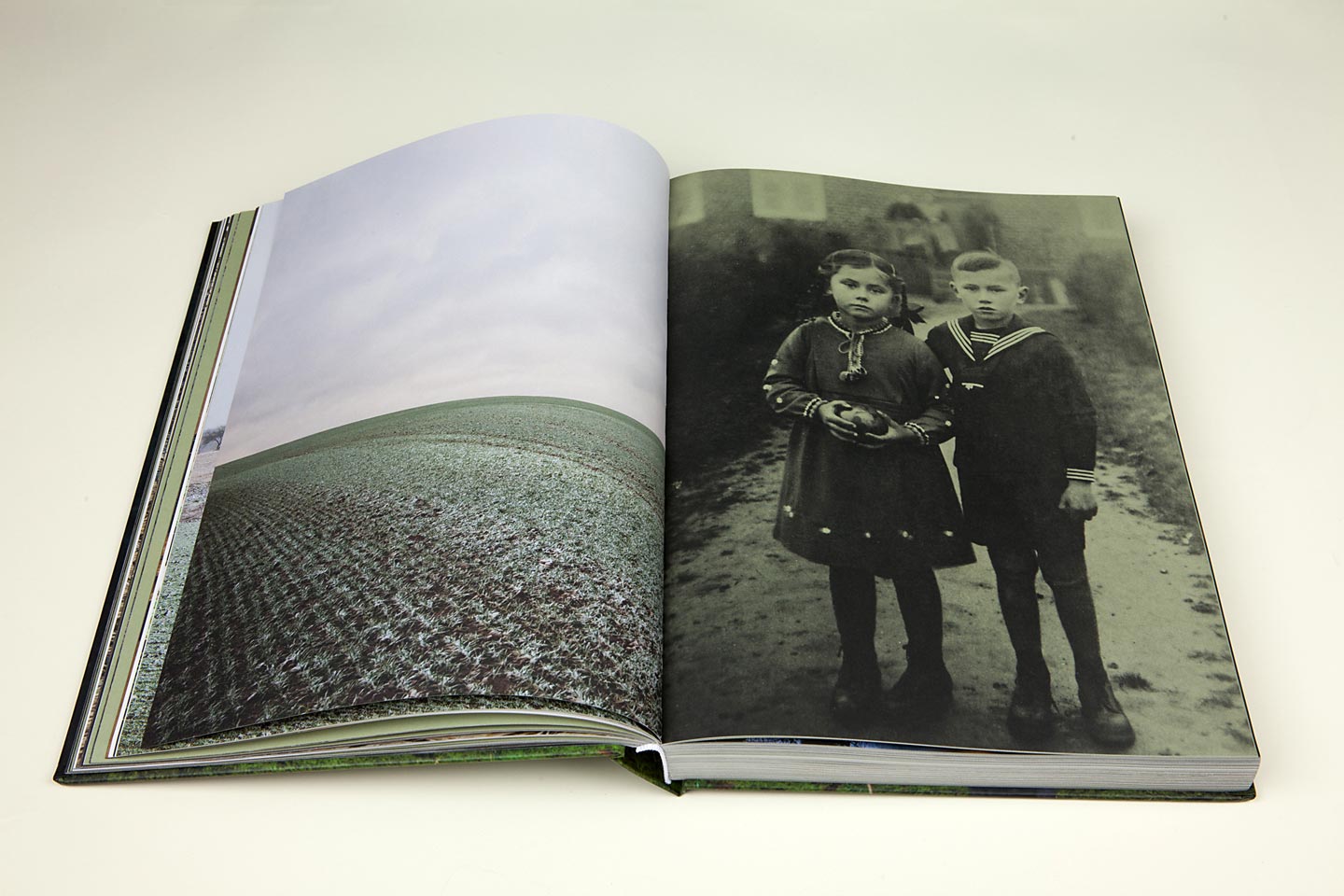 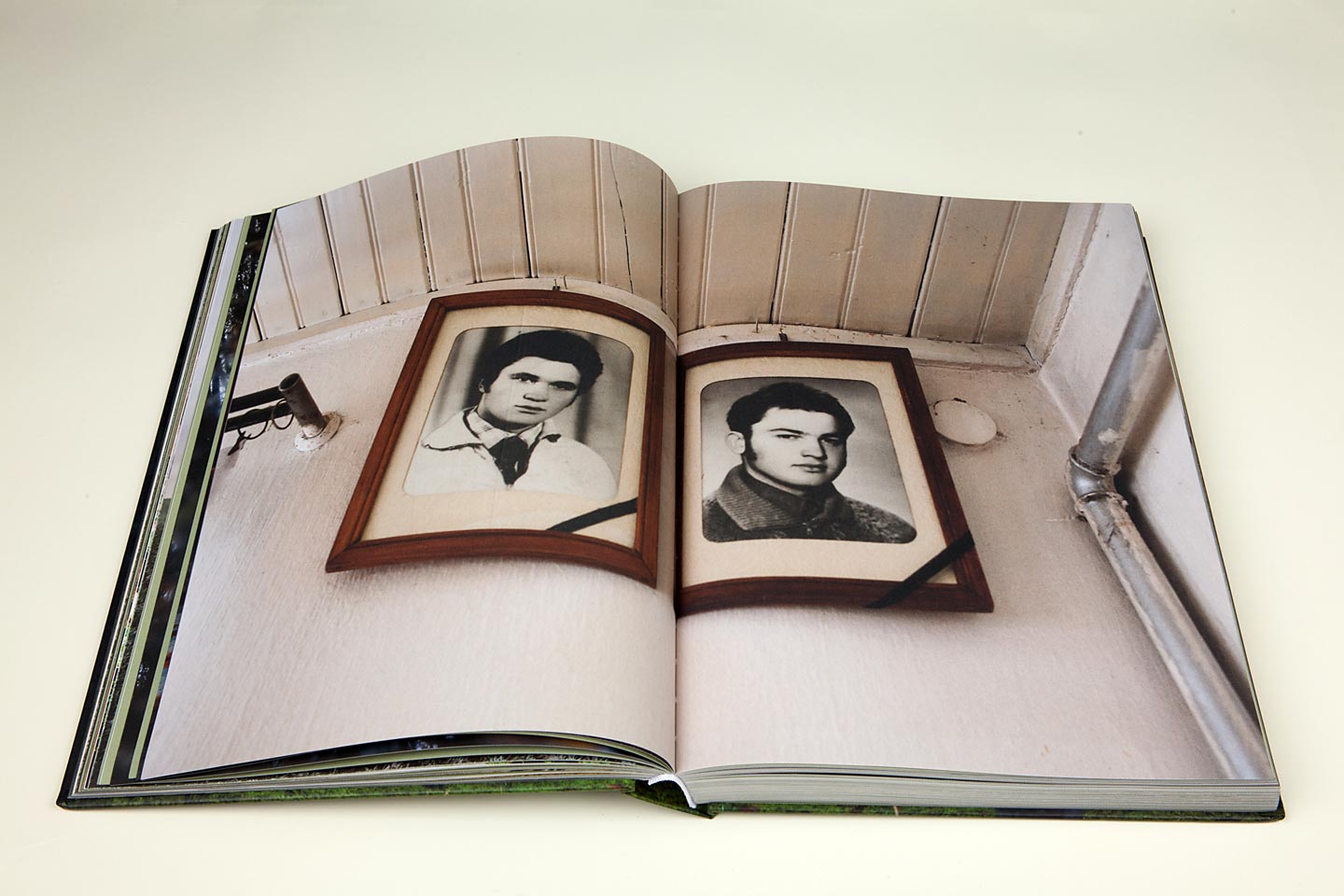 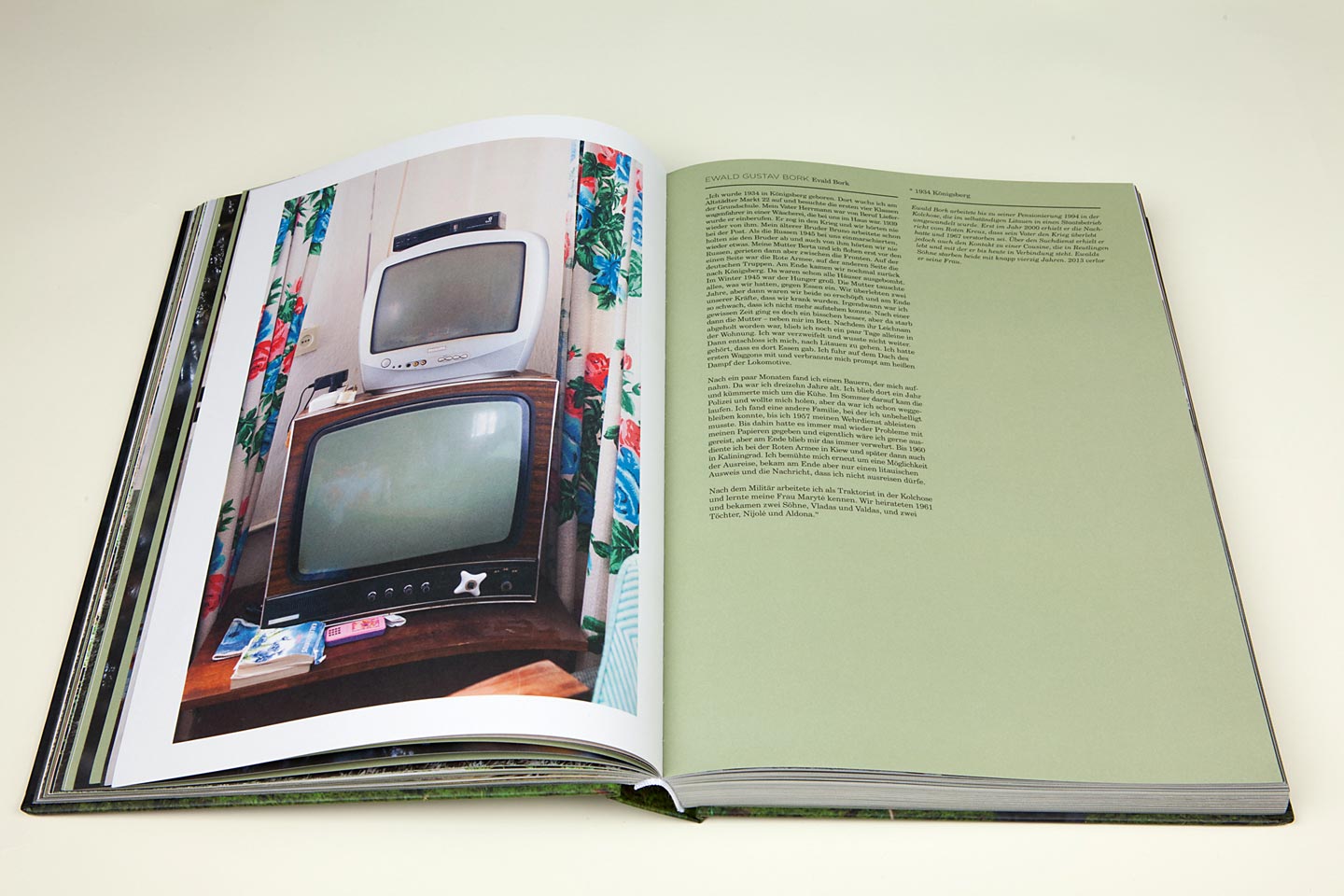 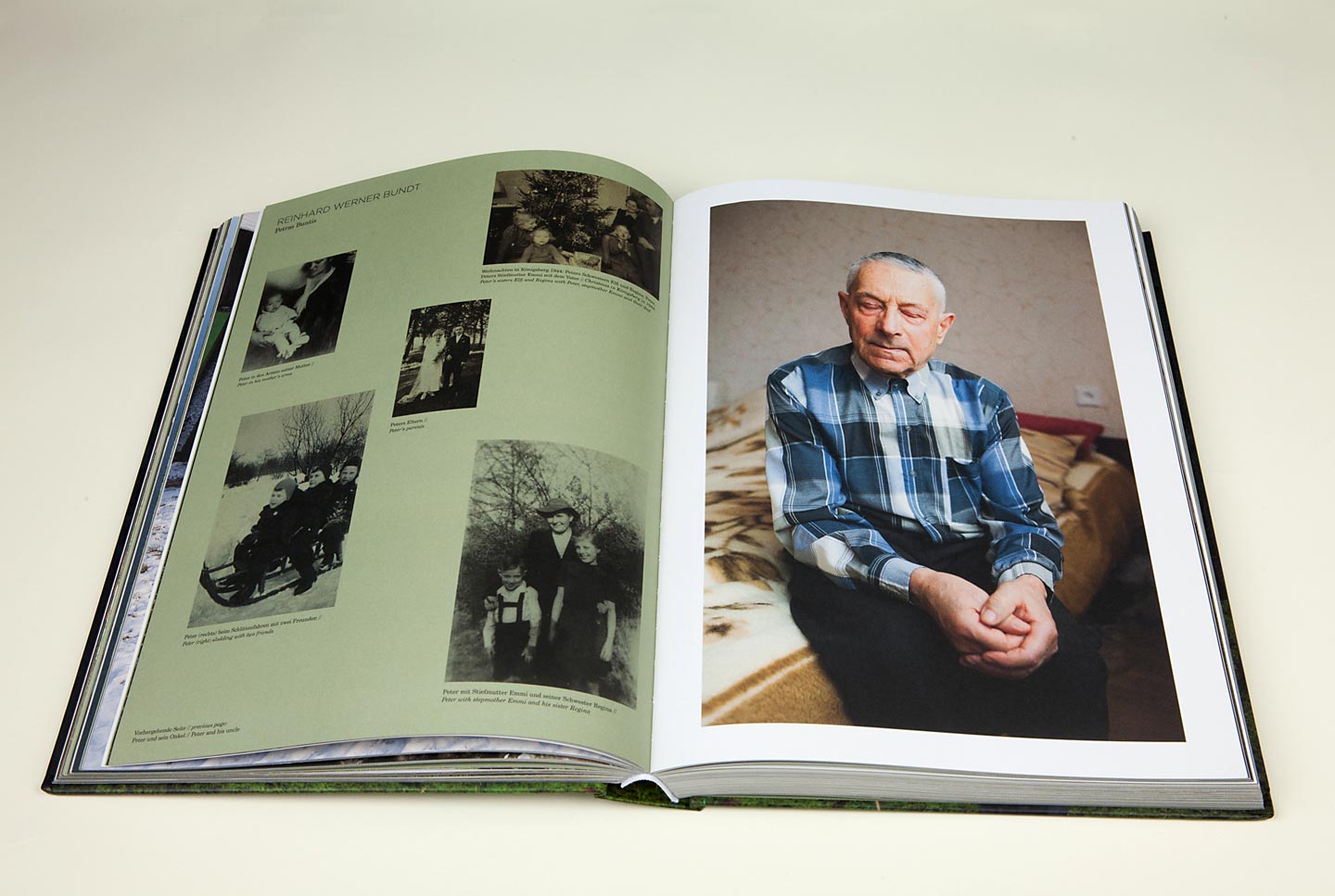 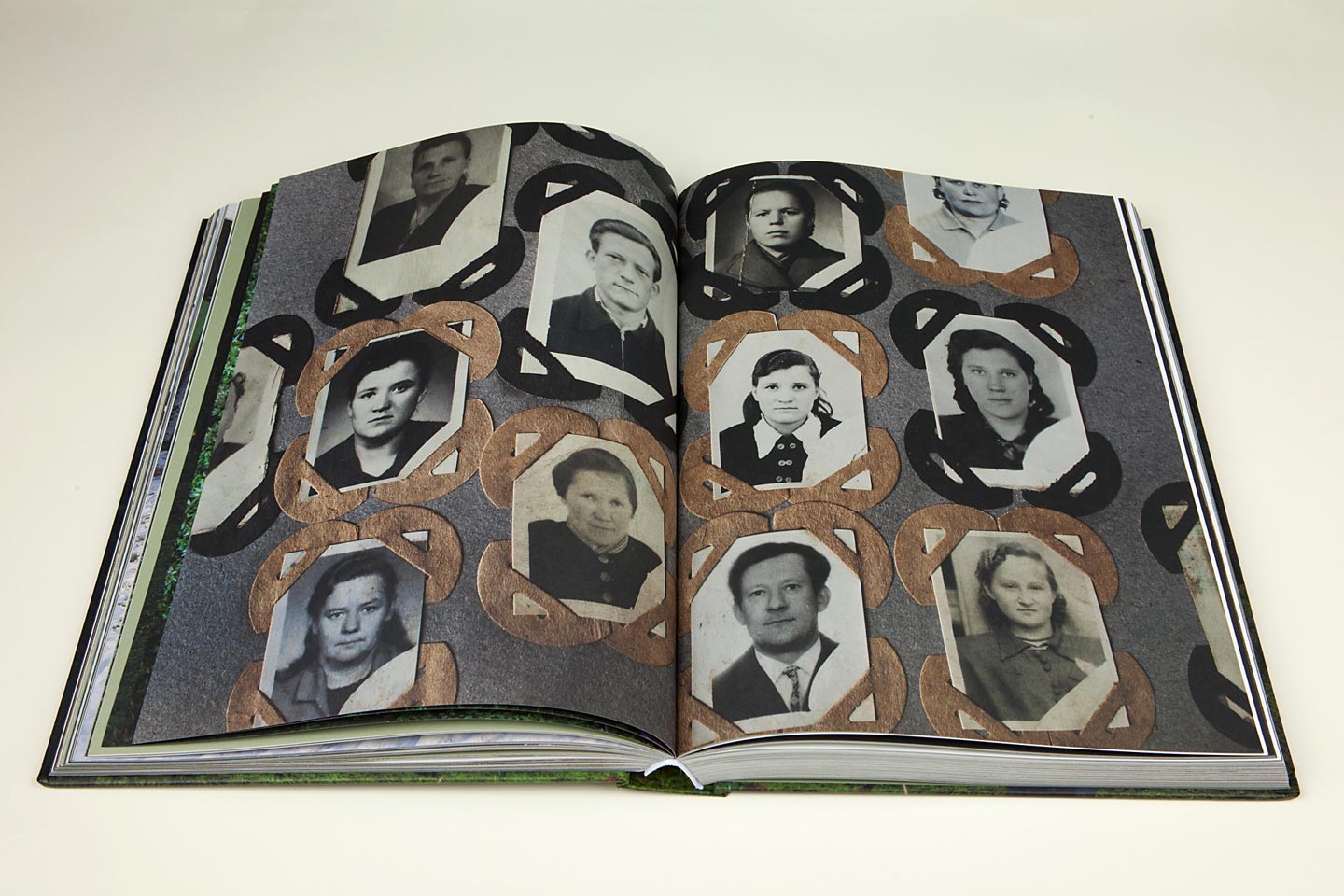 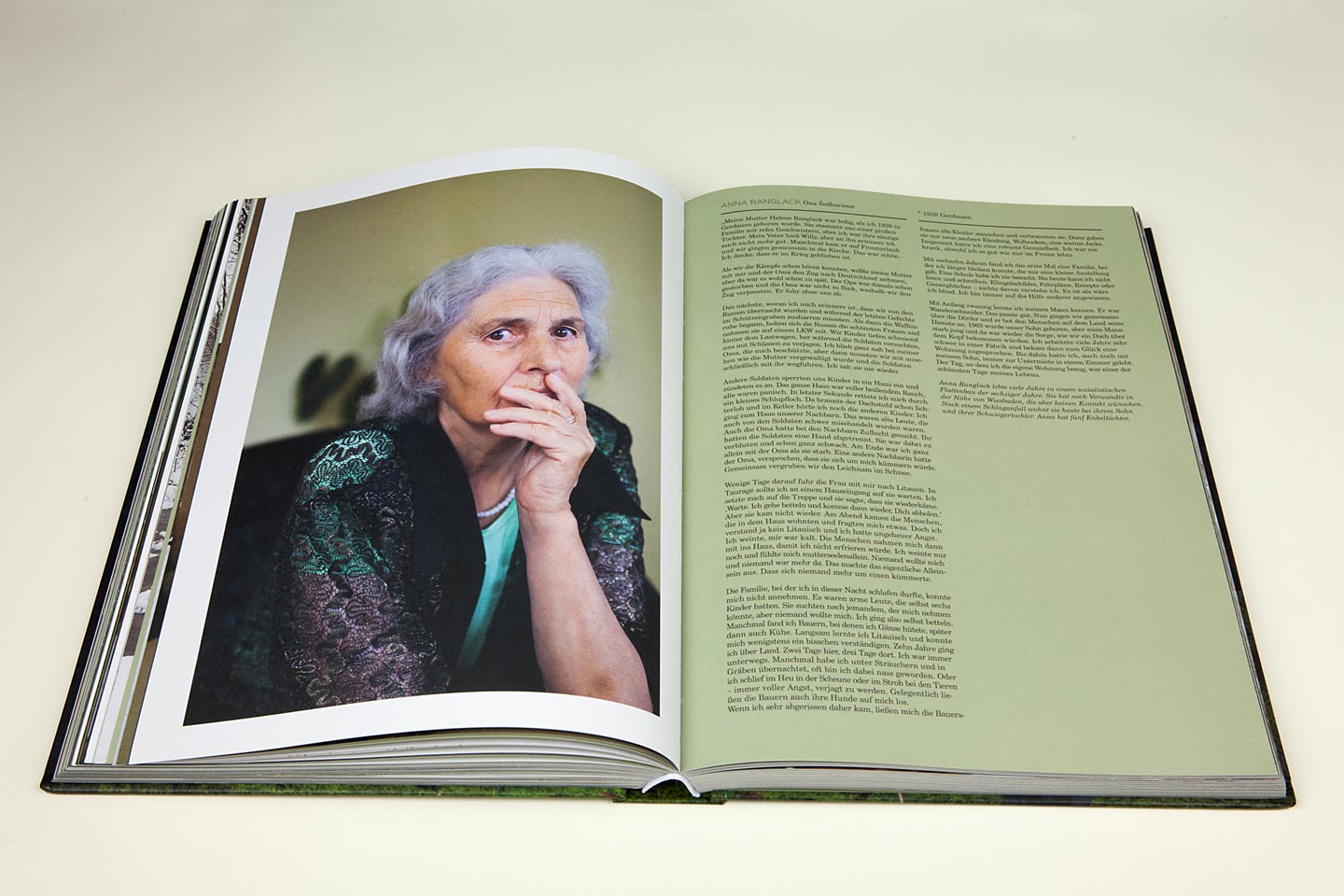 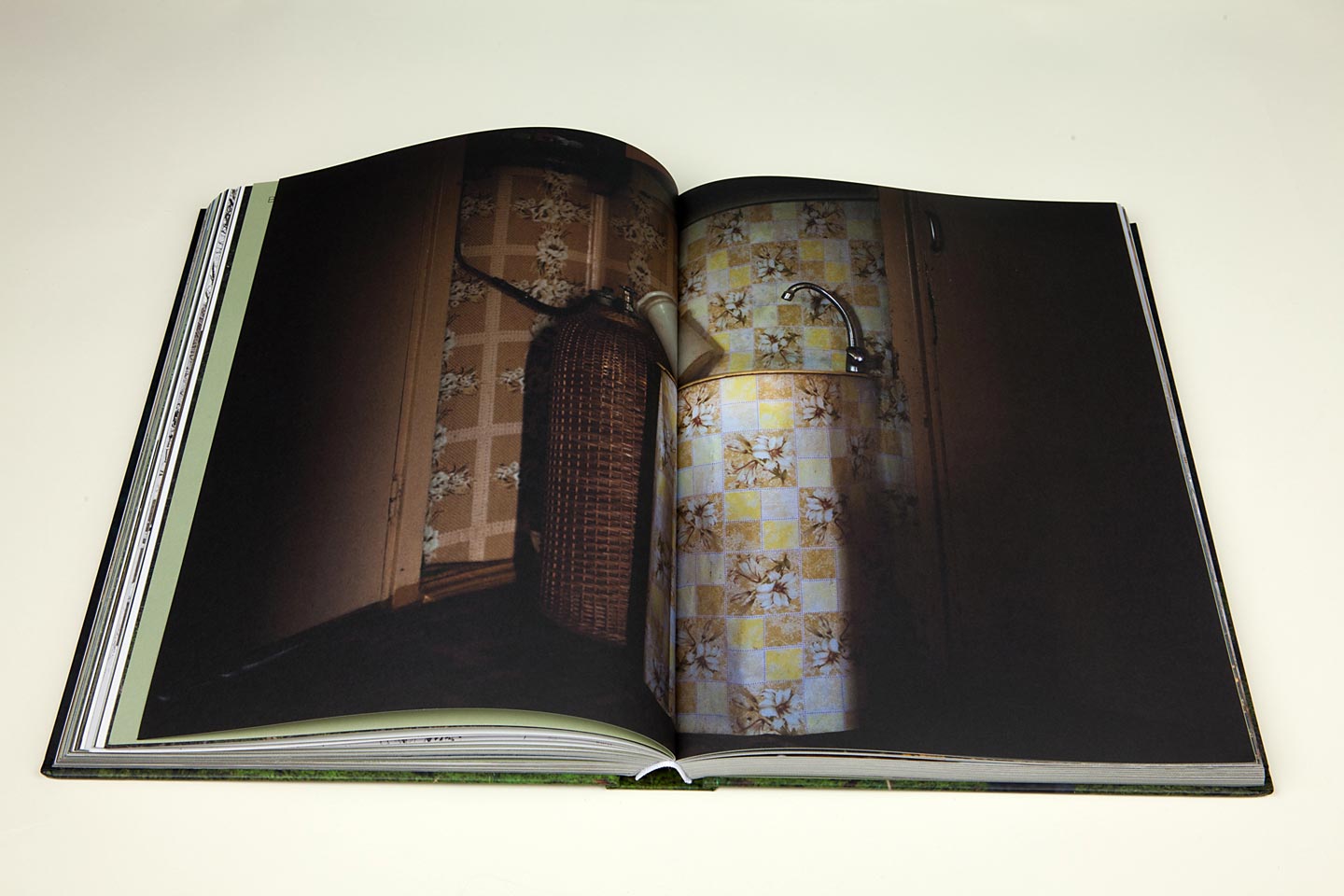 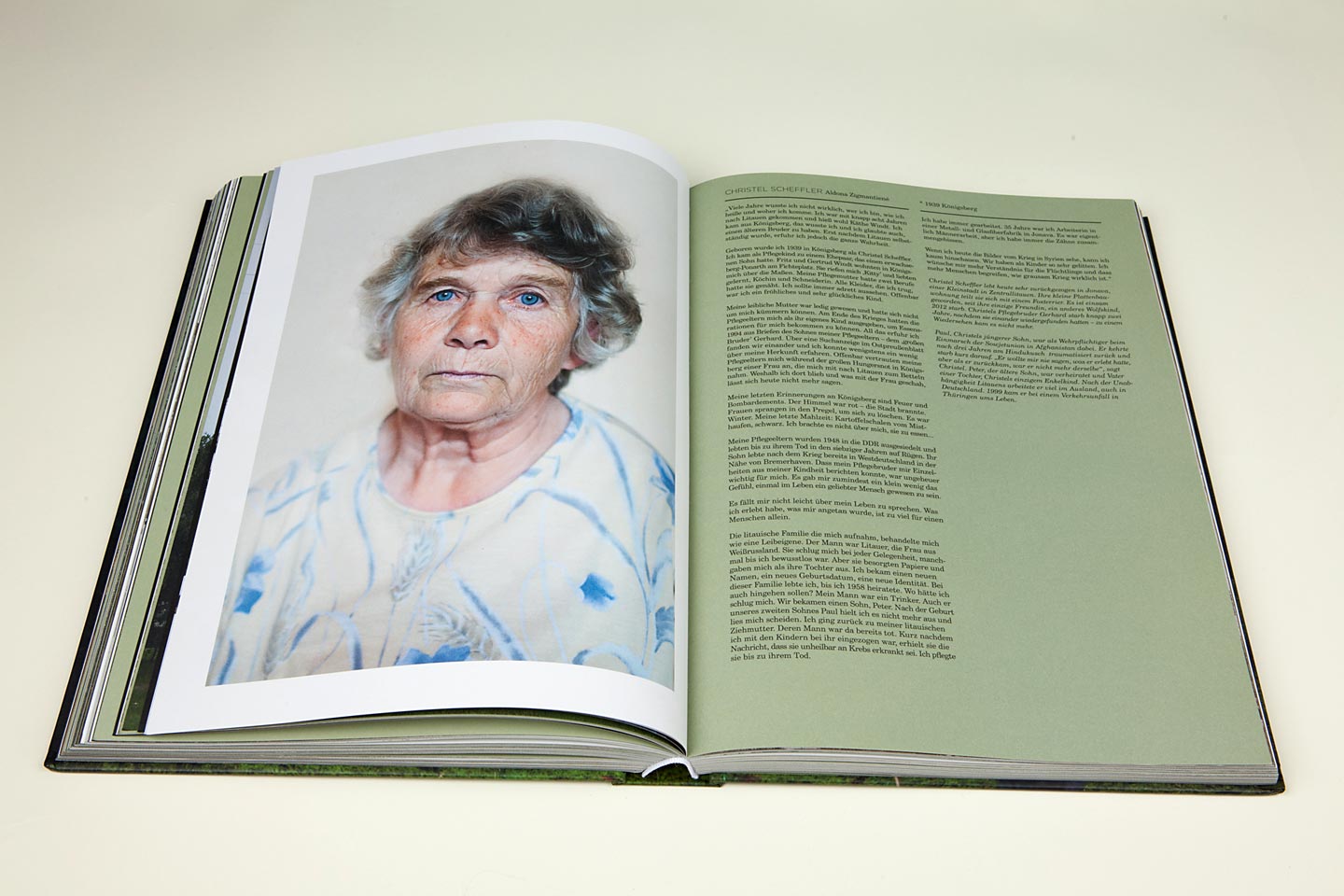 48 year-old German photographer Claudia Heinermann discusses Wolfskinder, a documentary photography project that sheds light on the little known story of wolf children. The wolf children became orphans in the years of the Second World War in Eastern Europe, and are so called because due to getting lost or losing their parents to death, they wandered in the woods in search for a place to stay.

Wolfskinder exists in the form of a photobook for which Claudia Heinermann teamed up with journalist Sonya Winterberg. The book was recently nominated in this year’s influential Fotobookfestival Best Photobooks Kassel list – buy your copy here.

Hello Claudia, thank you for this interview. What are your main interests as a photographer?

Hello, thank you for having me. While I was studying Art / Mixed Media I learned to translate my thoughts and what moves and interests me into a visual language – an image, sculpture or installation. Photography was the red line in my work.
But over the years I became more interested in documentary photography, and that changed the direction of my work. I was always very interested in historical themes, conflicts, and post-war themes. As a photographer I had to leave my studio and had to go out into the field to connect with people, collect their stories and make them visible to the world. I try to zoom in on the individuals and their personal stories to make them digestible and understandable. I suppose my work is an attempt to understand humankind’s history, and to preserve small parts of it. Photography is for me the best tool to do just that.

Please introduce us to Wolfskinder.

Wolfskinder – A post-War Story is a photobook and project about the war orphans in East Prussia at the time of the Second World War. They were called ‘wolf children’ because they roamed in the Baltic countryside in search for food and shelter. Hundreds of thousands of Germans fled the advancing Red Army in East Prussia and Königsberg at the end of World War II. Time and again children would get lost or go missing after witnessing the murder of members of their own family, their mothers succumb to an epidemic or their grandparents die from weakness. On their own, these kids now tried to survive in the forests and on the countryside of the Baltic states, especially Lithuania. Against hunger, cold and Soviet despotism, they waged a battle for life and death. Some found shelter with Lithuanian farmers who took them in secretly and were barely able to care for them. In return they had to work the homestead. Most of them were never able to attend school; even today many can’t read or write. In general, most children were given a new identity and Lithuanian names to disguise their origins. Under these conditions they were able to escape deportation to Siberia. For decades they remained behind the Iron Curtain and were almost not traceable by relatives searching for their loved ones.

The story of the wolf children is a little known episode of the Second World War. When and how did you first hear about them?

I heard about the wolf children for the first time in the spring of 2011, when I saw a book by Ingeborg Jacobsen about one of them. I was deeply touched and at the same time totally surprised that I had never knew about this before. The story of the wolf children has gripped me the very moment I discovered it – I started my research on that same day.

For Wolfskinder you’ve worked in team with journalist Sonya Winterberg. Can you describe your collaborative approach to the subject matter?

I met Sonya Winterberg early in my research – she was also interested in the story of the wolf children and had started to write a book about it. We decided to collaborate and to preserve as much of their life stories as we possibly could by speaking with them and photographing not only the individuals, but also whatever tangible memories they would show us. While Sonya was conducting biographical interviews I concentrated on taking photographs. We travelled mostly together but I also made a few trips on my own to make the landscape photos and some portraits. Sonya published a book in 2012, Wir sind die Wolfskinder (Piper Verlag), to which I contributed with 24 photos; I published my photobook in November 2015, to which Sonya contributed with her interviews.

How do the protagonists of this story recount their childhood? And what impressed you more strongly after meeting them and listening to their memories?

The people I met were happy to tell their story. They wanted the world to know how much they suffered as children. Some of them asked why we hadn’t come years before, when more of them were still alive. It was very emotional for them to talk about the past, especially for those who had painful memories like seeing their mothers die of starvation or being raped.

I was deeply impressed by their inner strength. They are indeed survivors and fighters. Very often I was overwhelmed by the warmth and trust they gave us.

What did you photograph for the book?

I concentrated on taking portraits of the protagonists and photographing their living conditions and residential environment, as well as the historical photographs and documents they possess. In the 1990s some of the wolf children were able to find their family members in the West, and sometimes they received old family photos. These pictures are incredibly valuable for them, and are very important for the book too.

I also engaged intensively in landscape and nature photography during all seasons. In the collective narrative and memory of the wolf children nature plays a major role. I wanted to give the viewer the feeling of walking with them through the landscapes of their memories, through the dark forests and in the snow as they searched for food and a place to stay.

Did you have any specific references or sources of inspiration in mind while working on Wolfskinder?

I had no specific references of inspiration but I knew very clearly from the start that it had to become a book. It had to be a combination of portraits and landscapes. I wanted to archive their stories and make them visible for future generations.

How do you hope viewers react to the photographs and texts of Wolfskinder?

With this book I want to pass on the stories of the Wolfskinder so that they will become a part of our collective conscious. It is important to see the impact of war on children and how that influences the rest of their lives.

Oh, many things influenced me – I don’t know where to start… My background in Fine Arts is definitely a main influence on how I use photography.