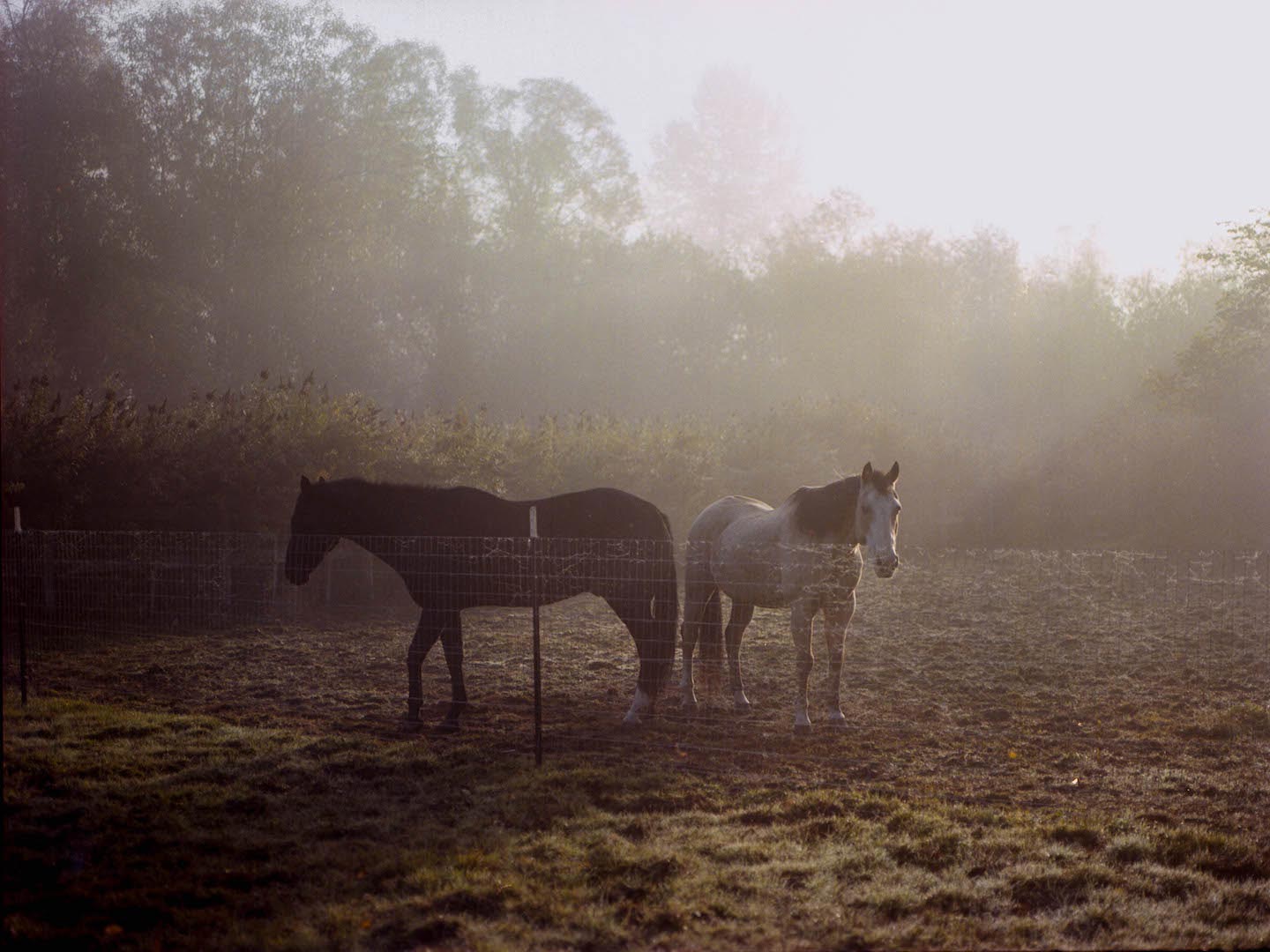 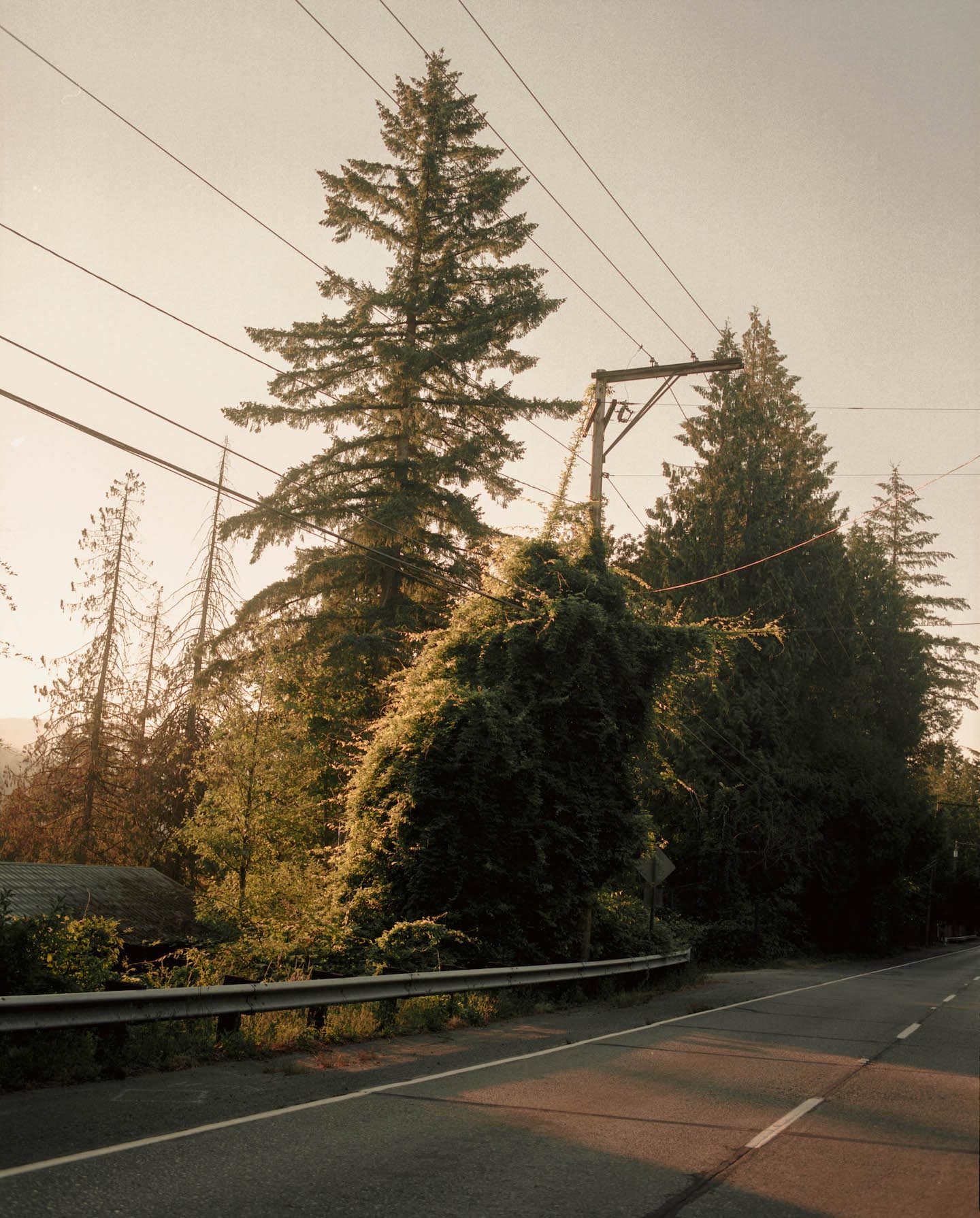 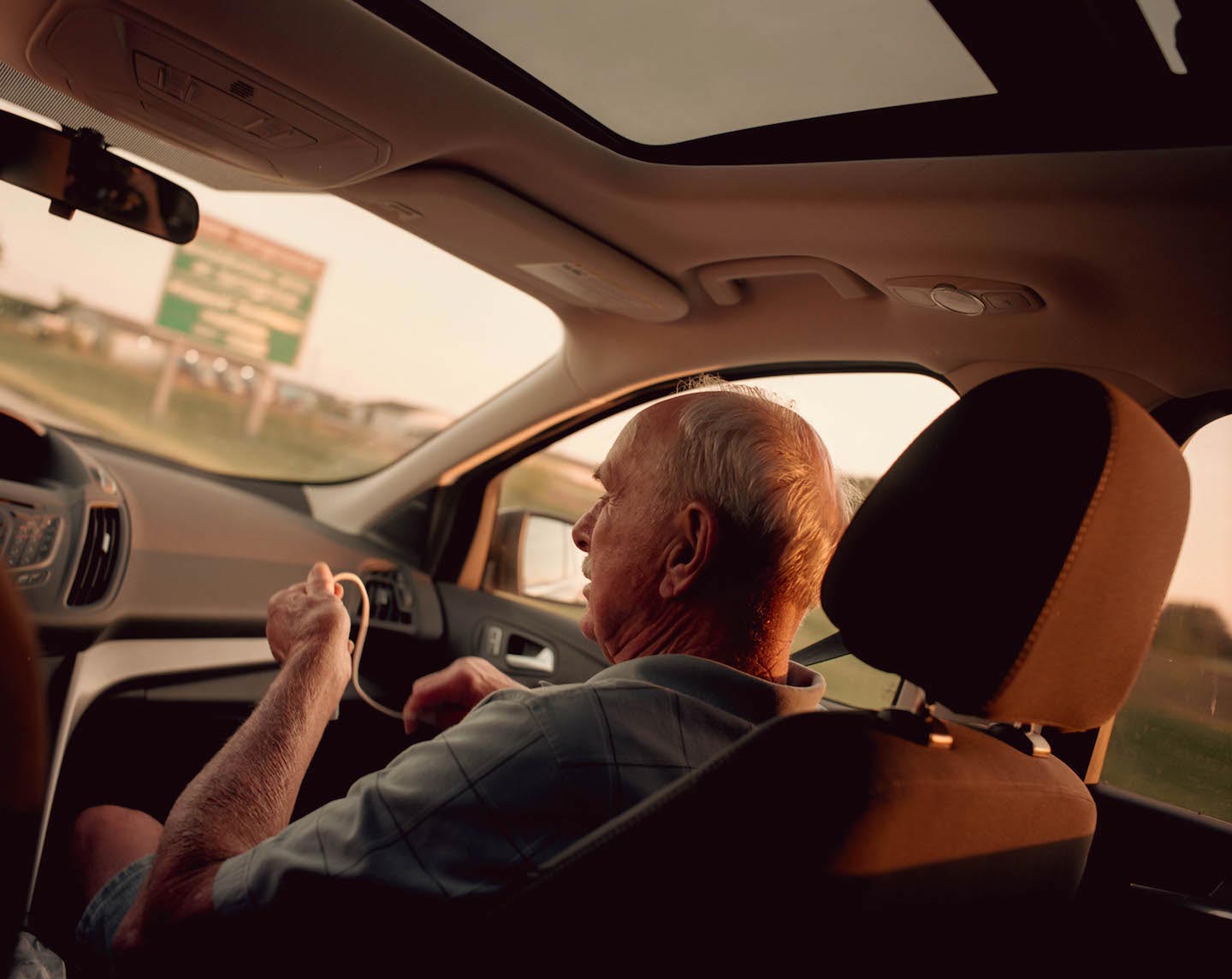 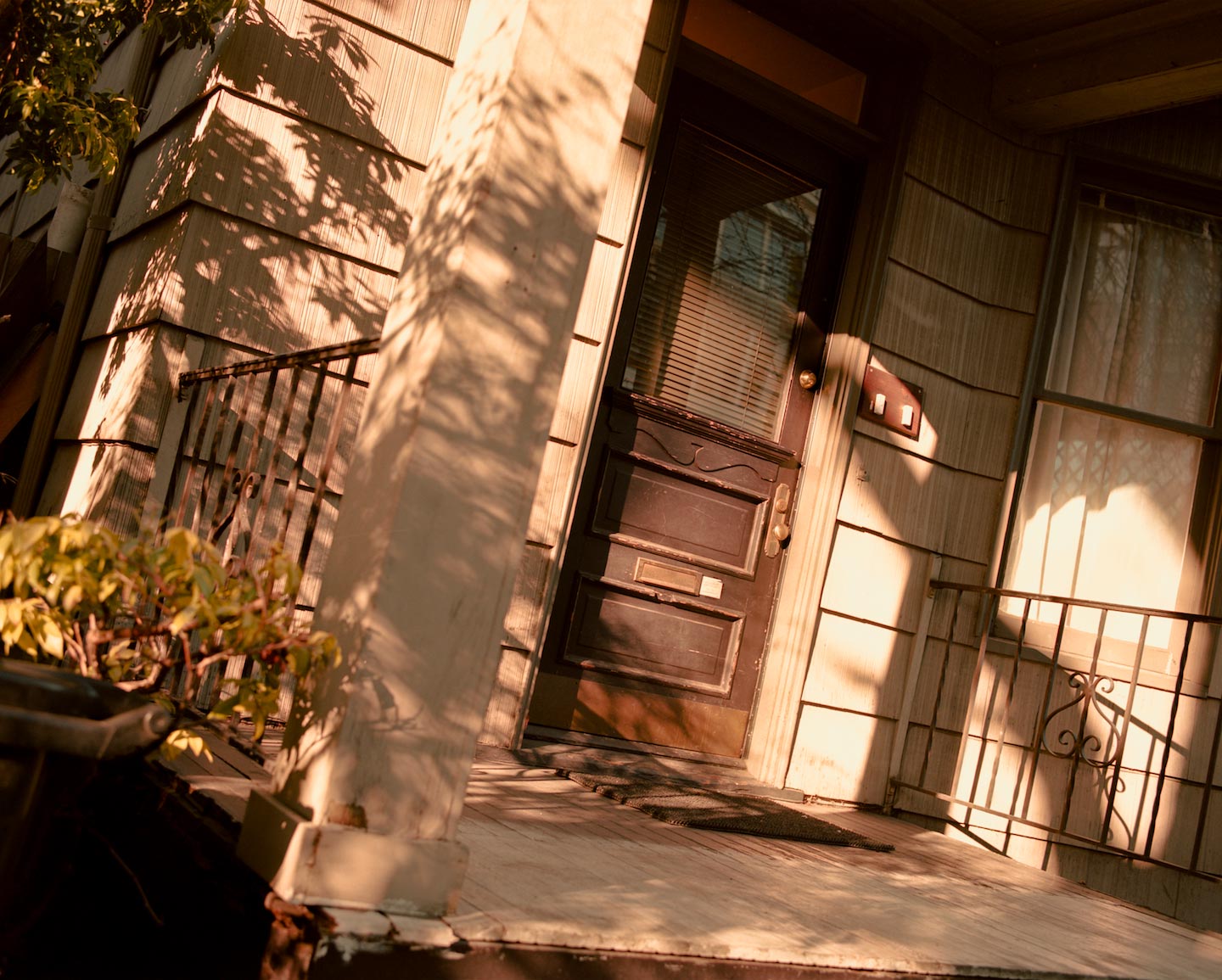 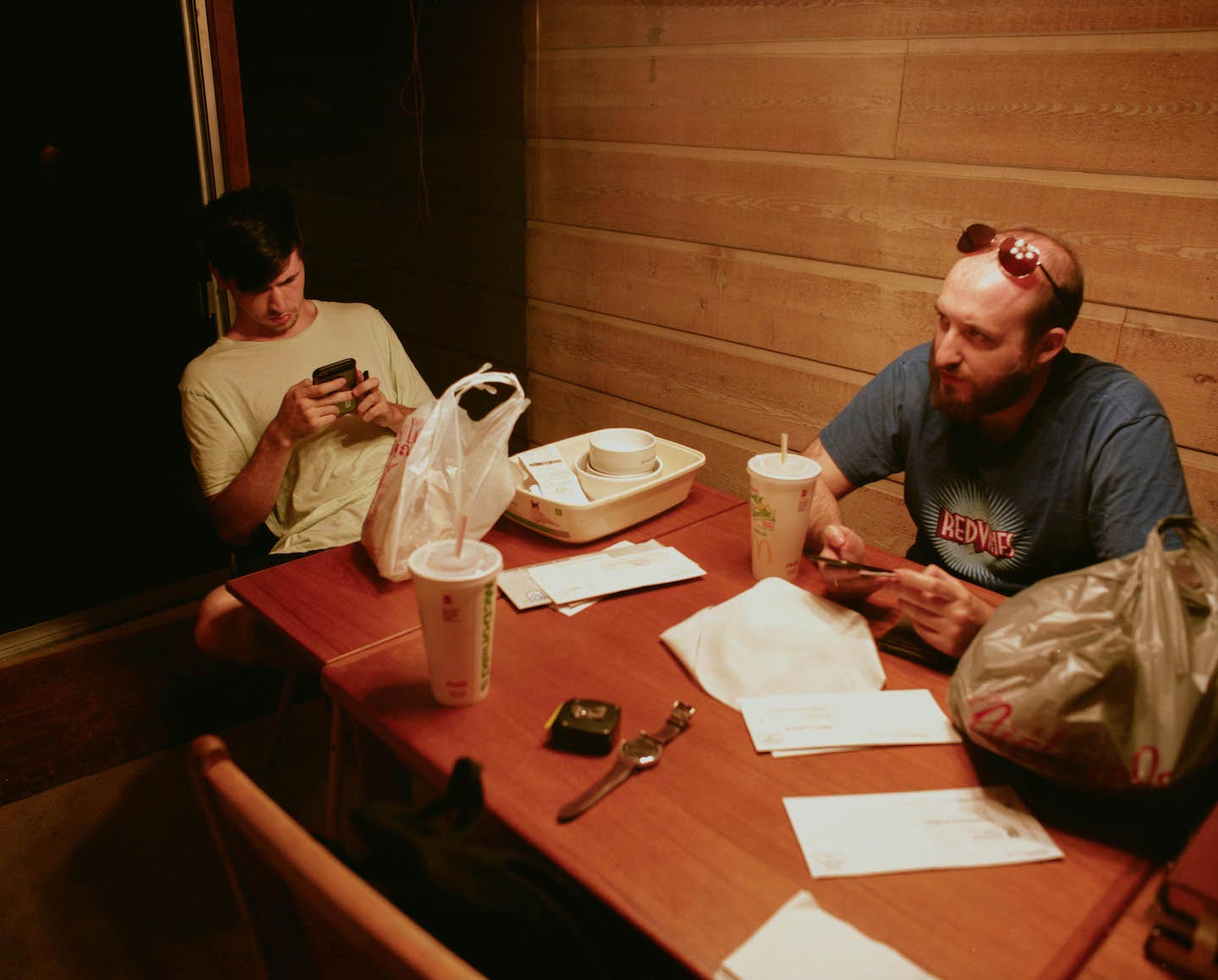 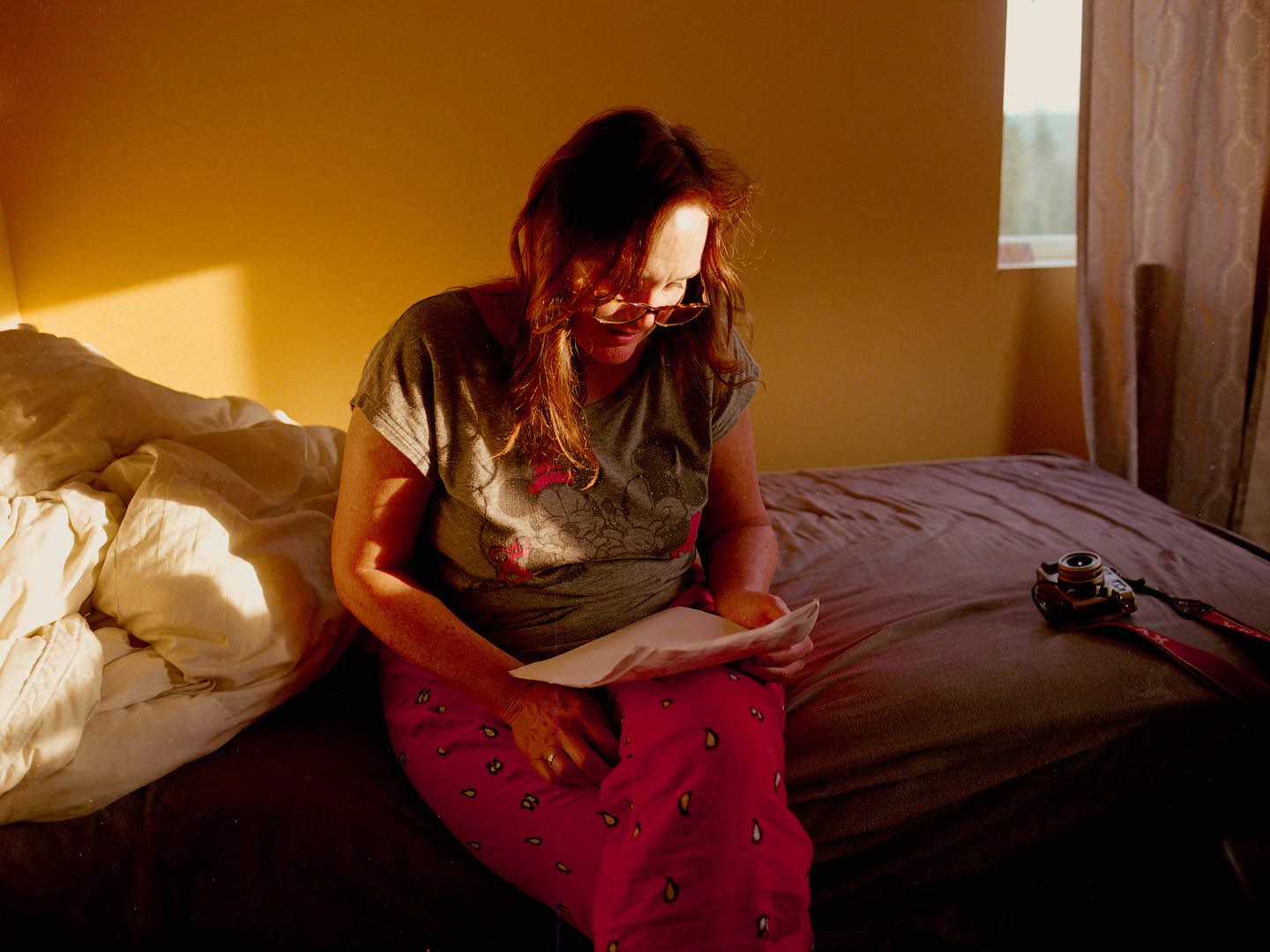 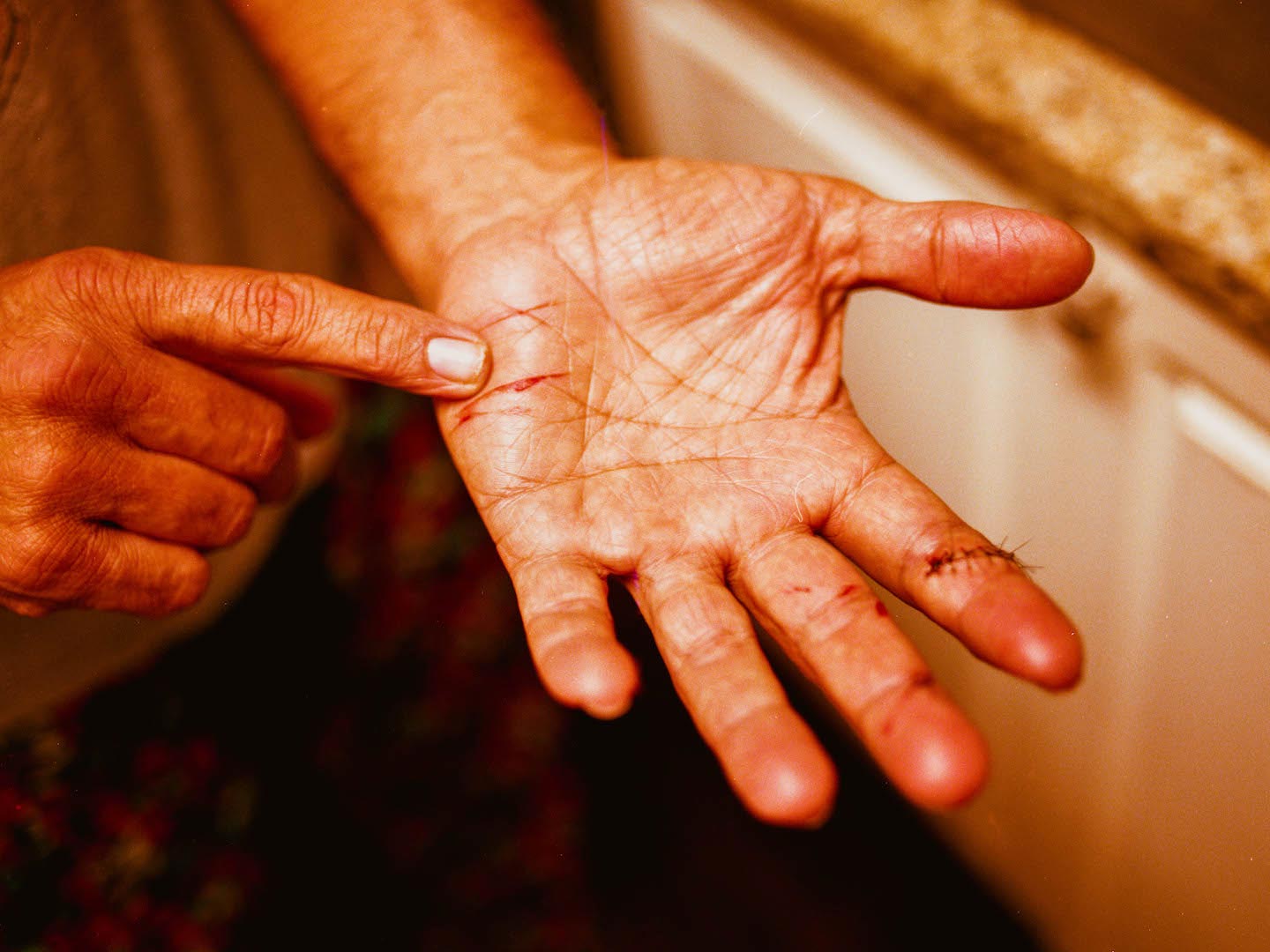 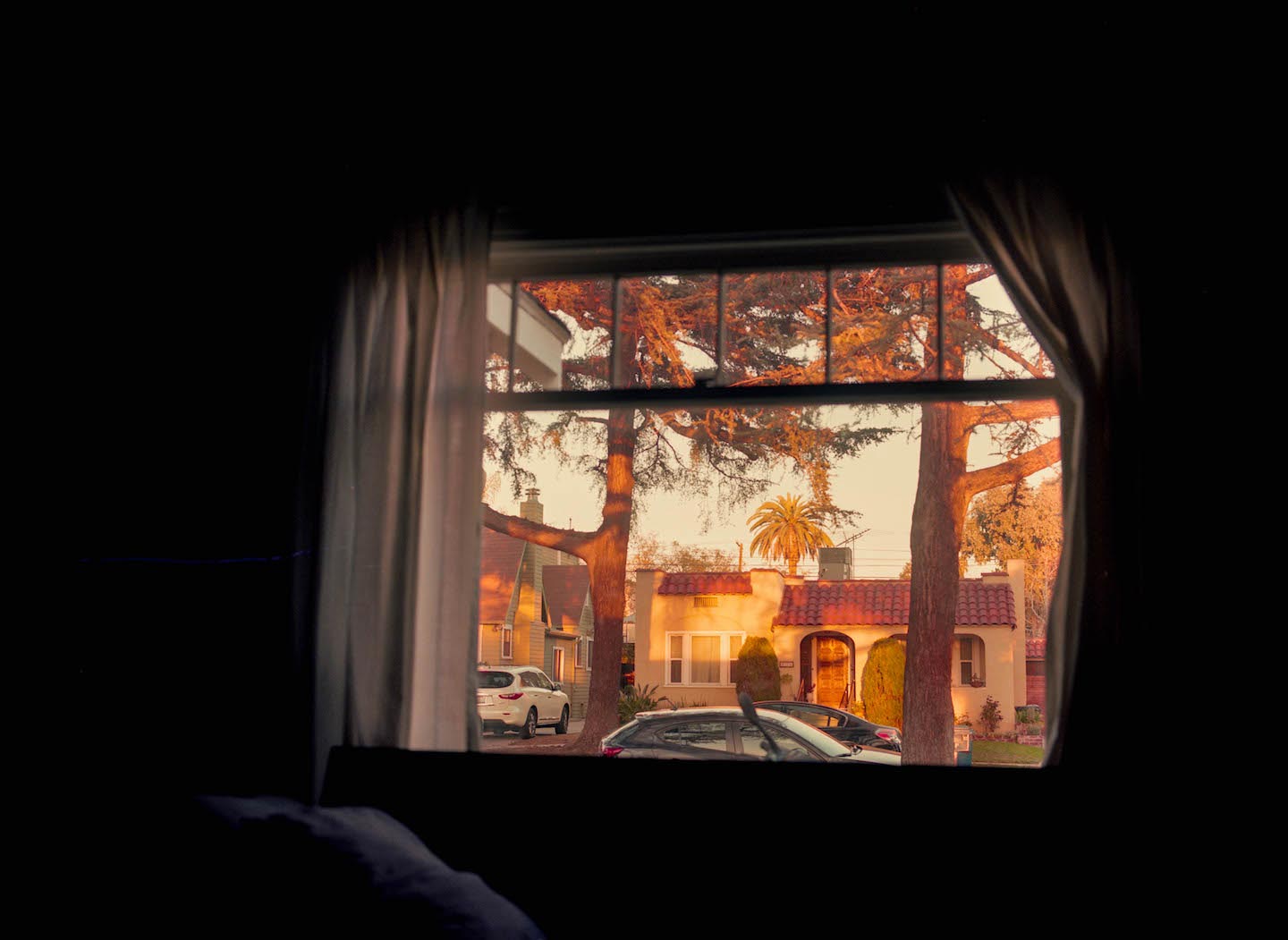 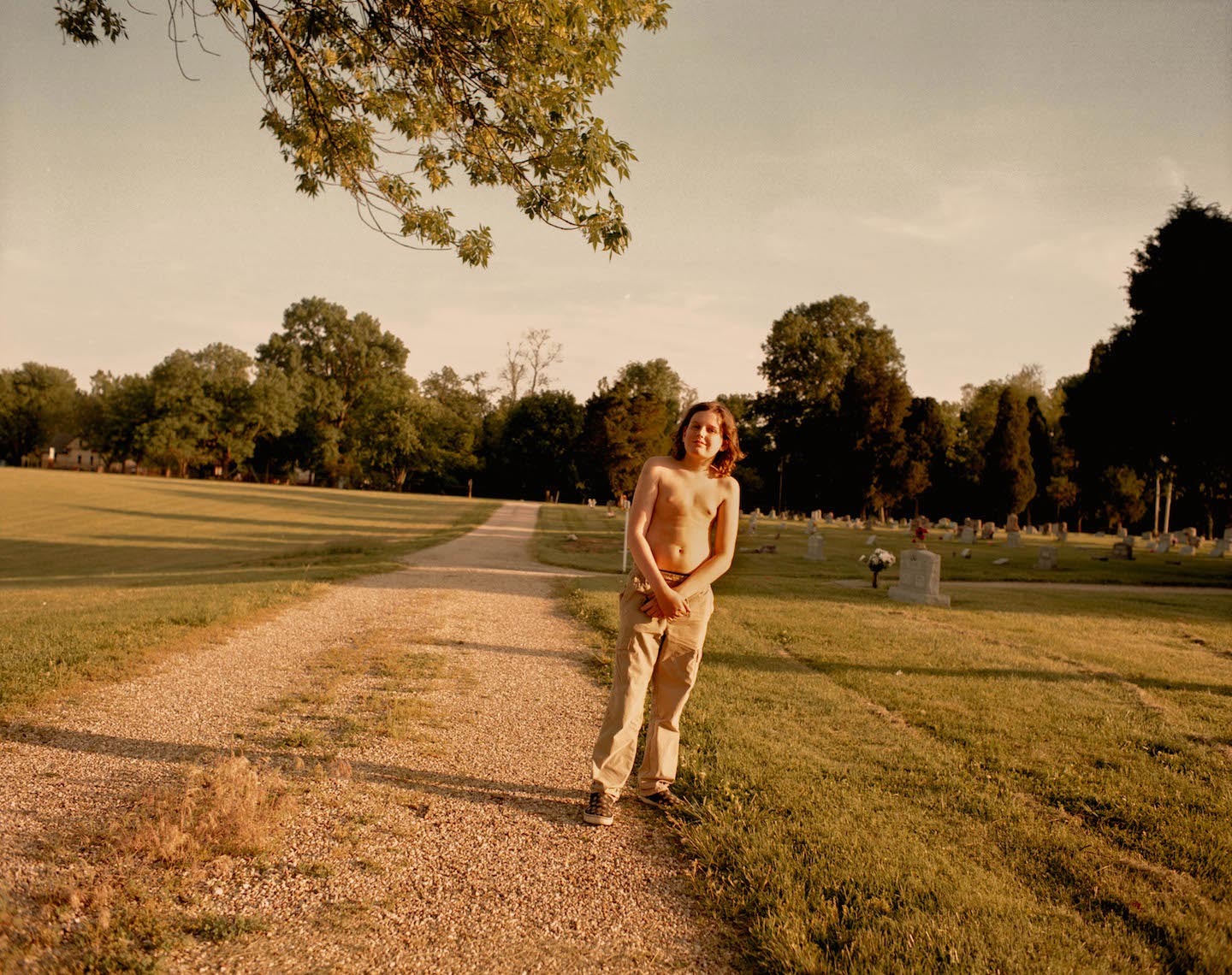 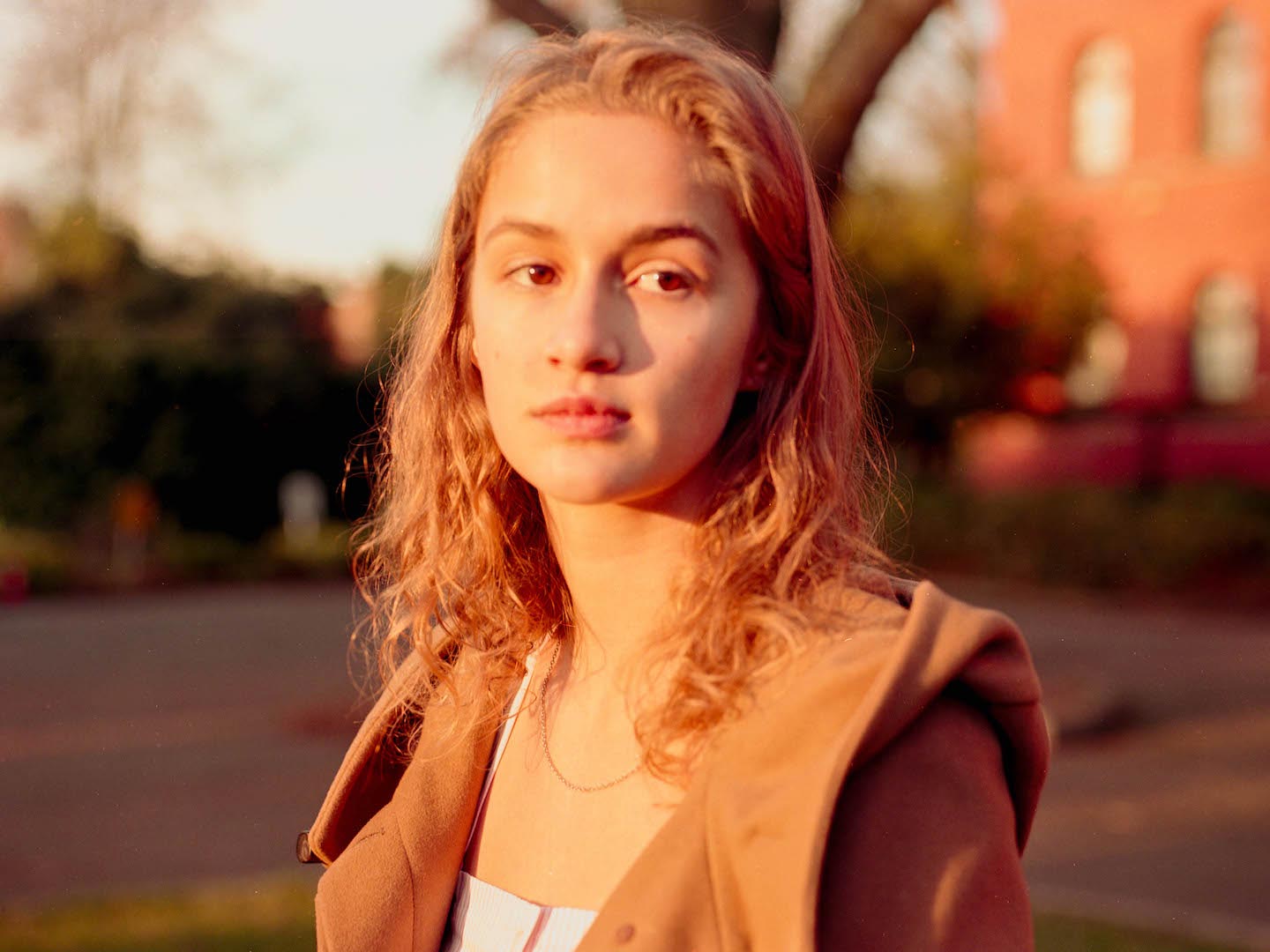 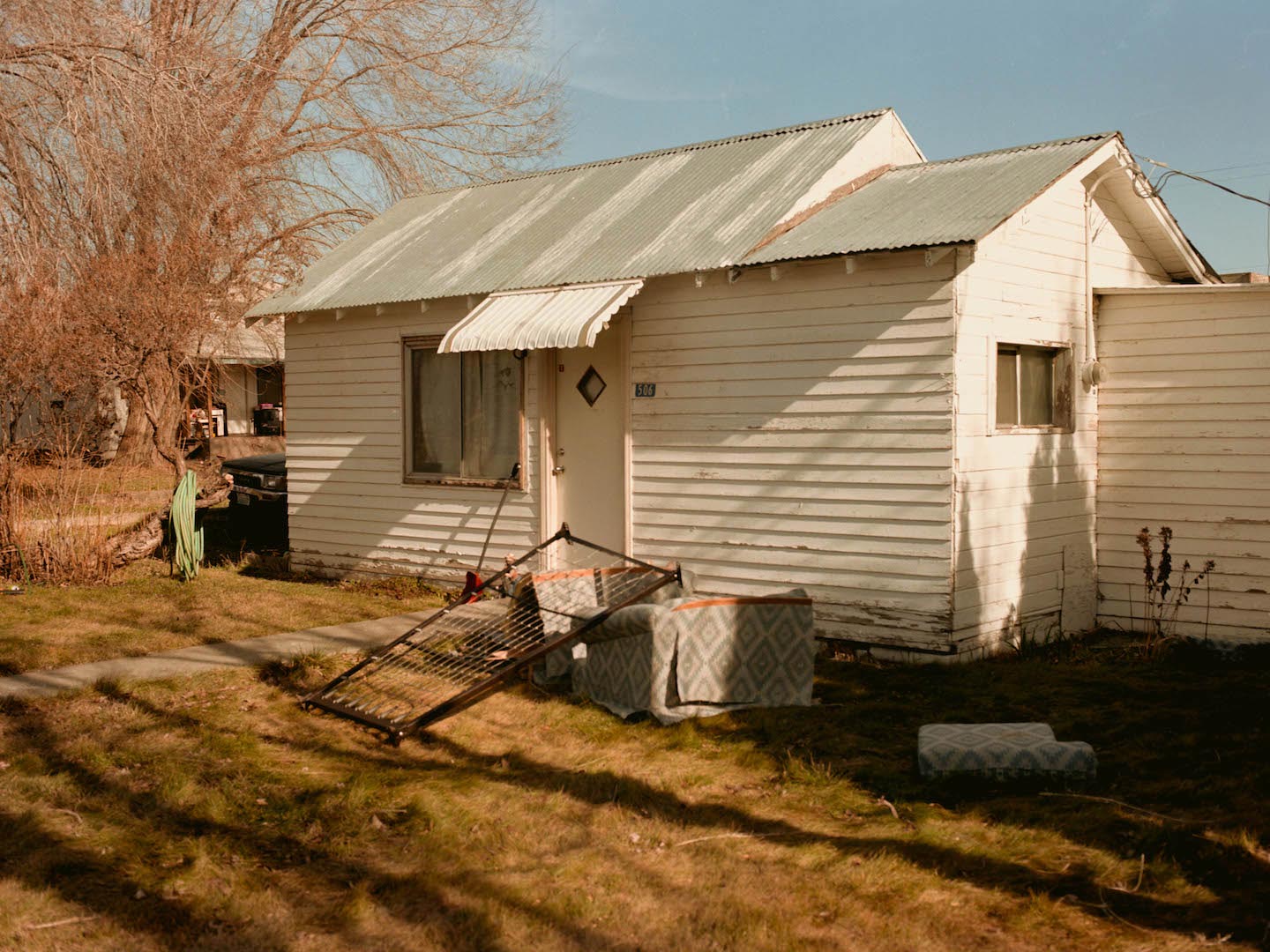 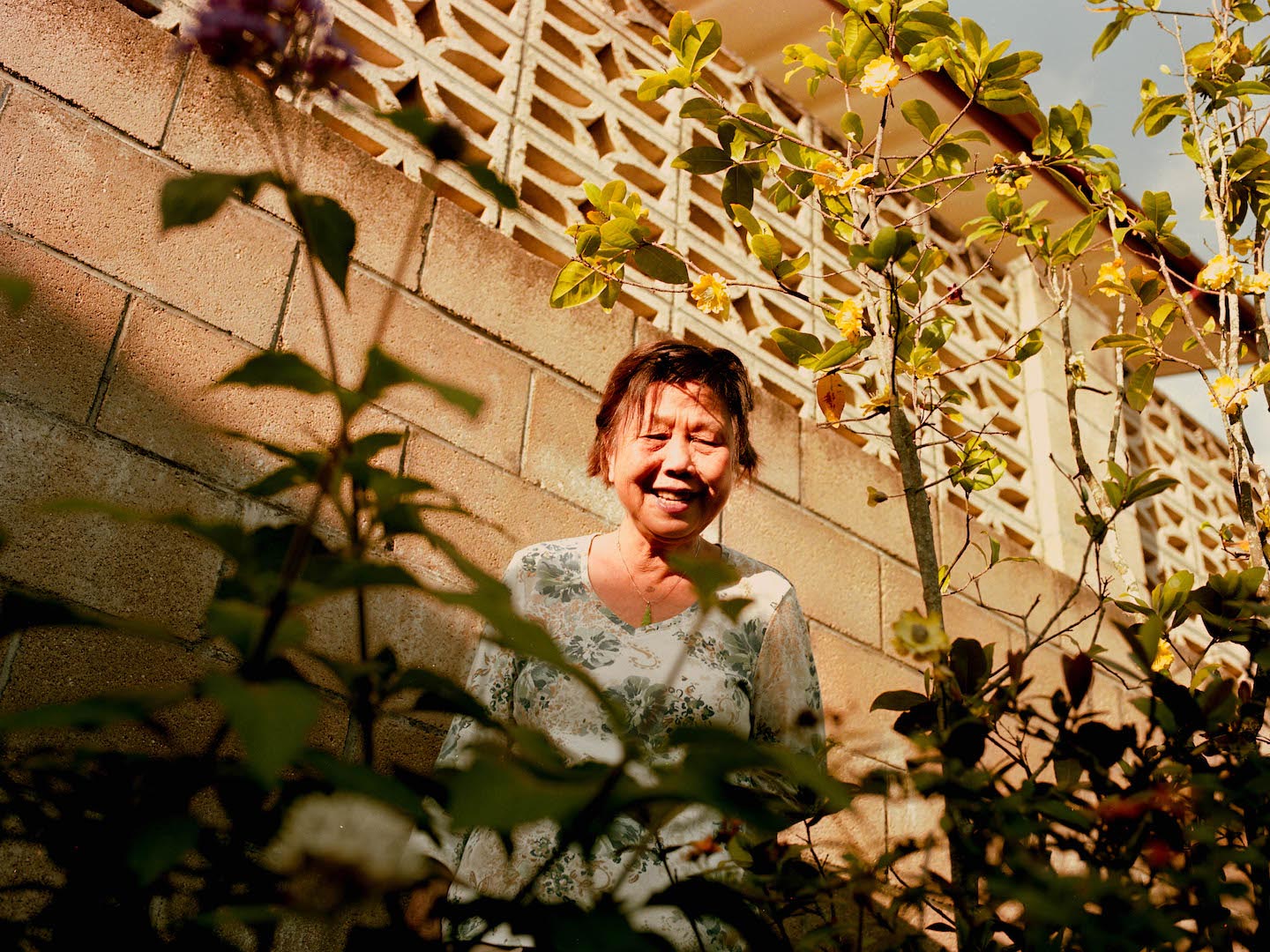 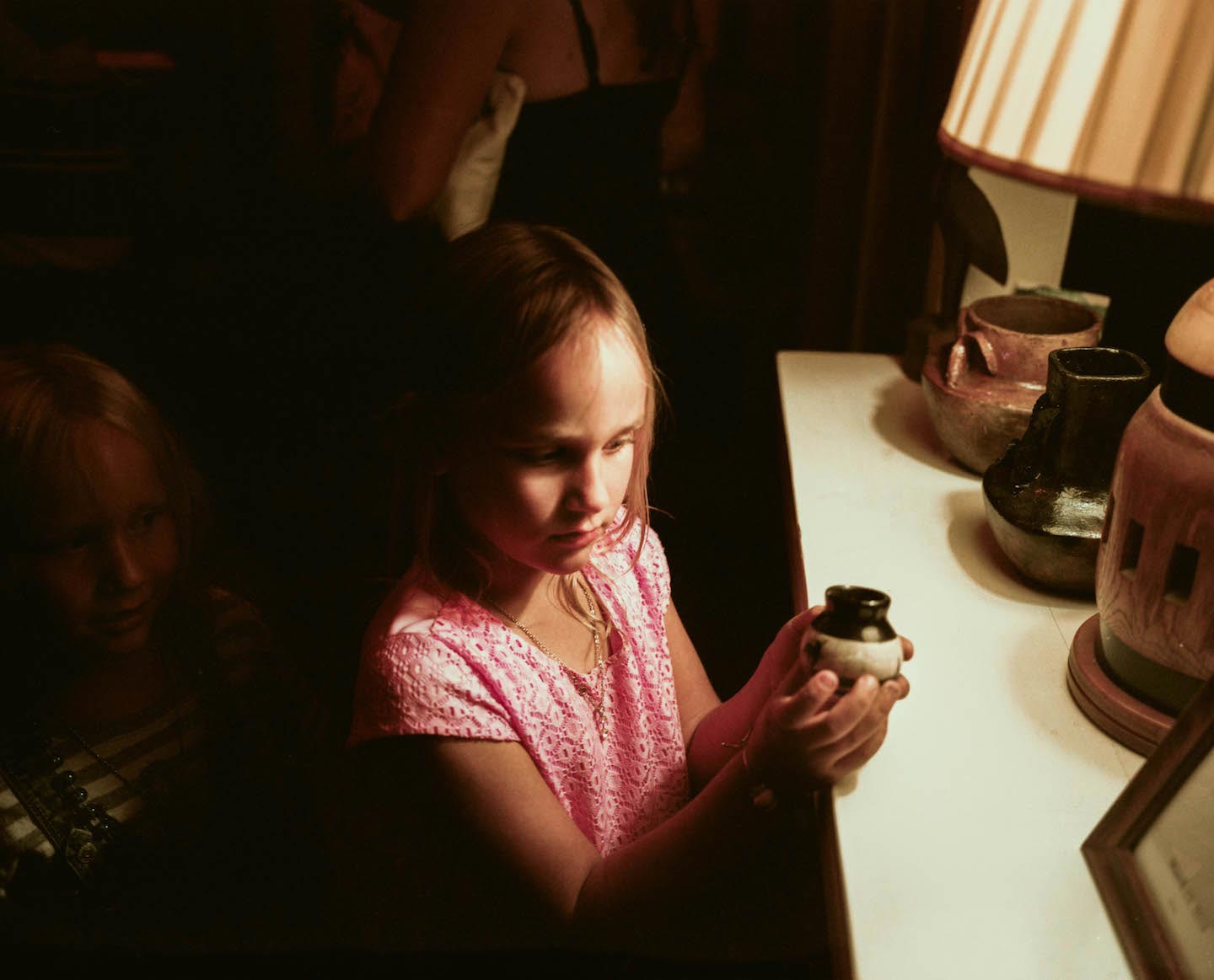 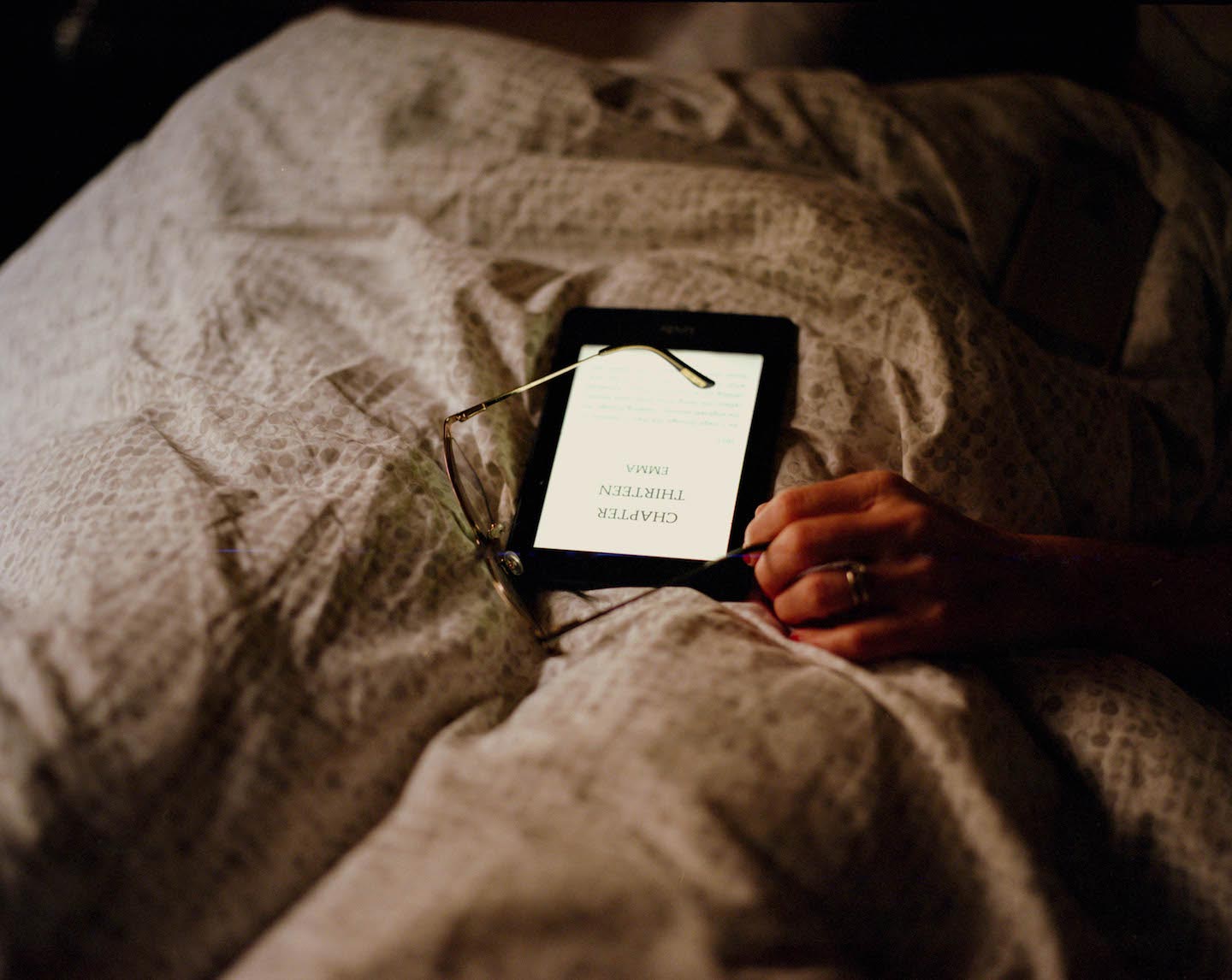 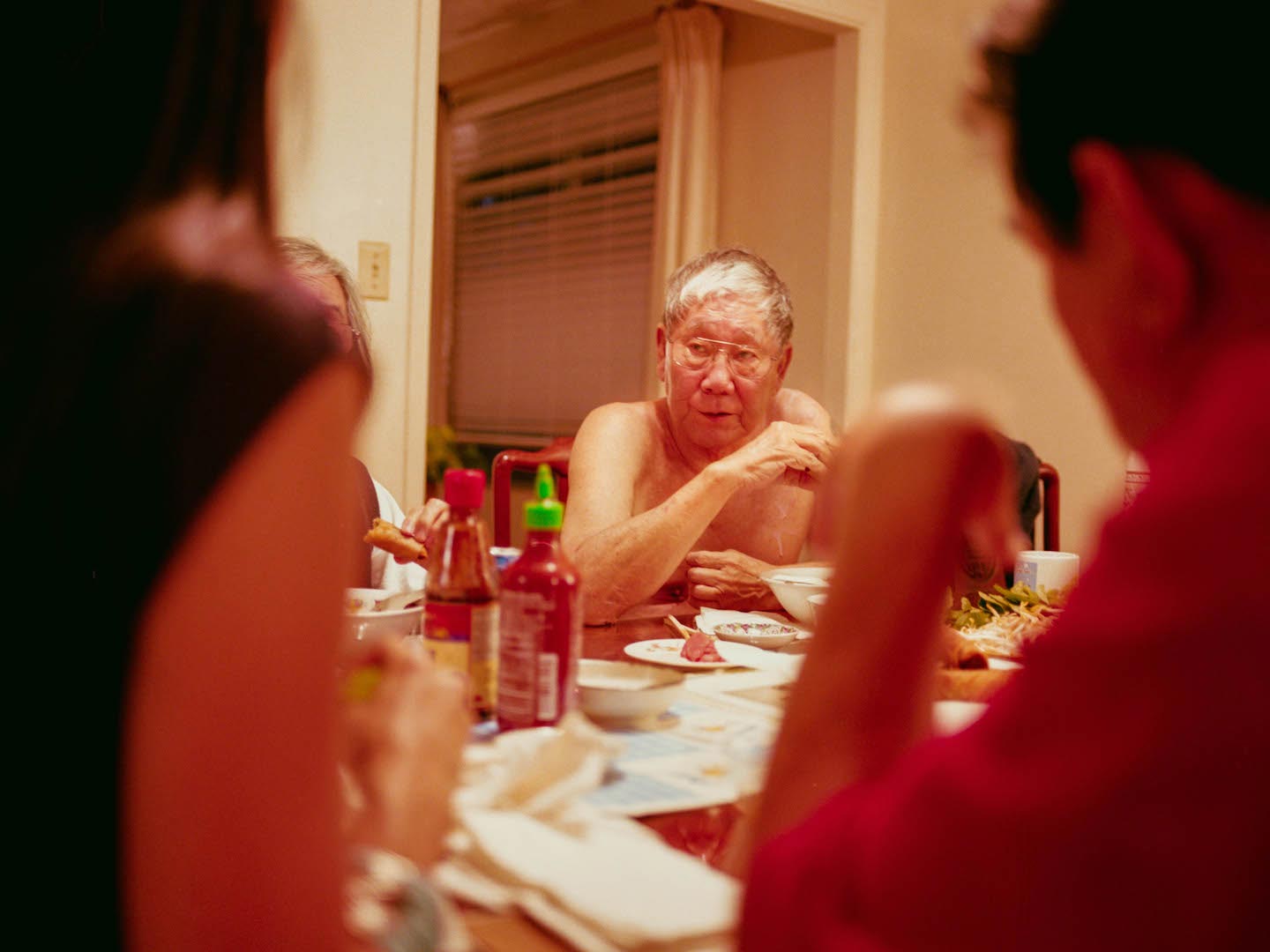 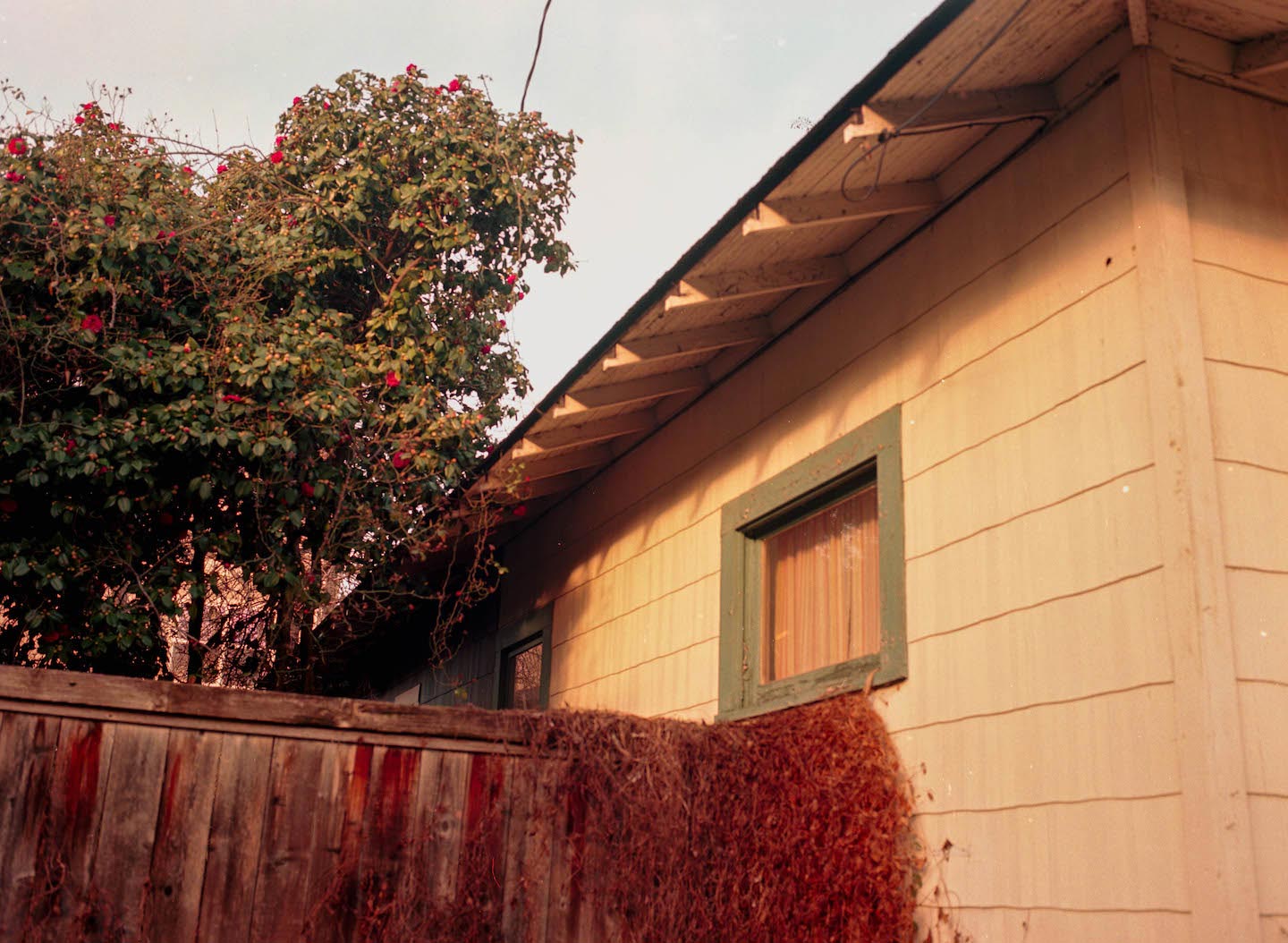 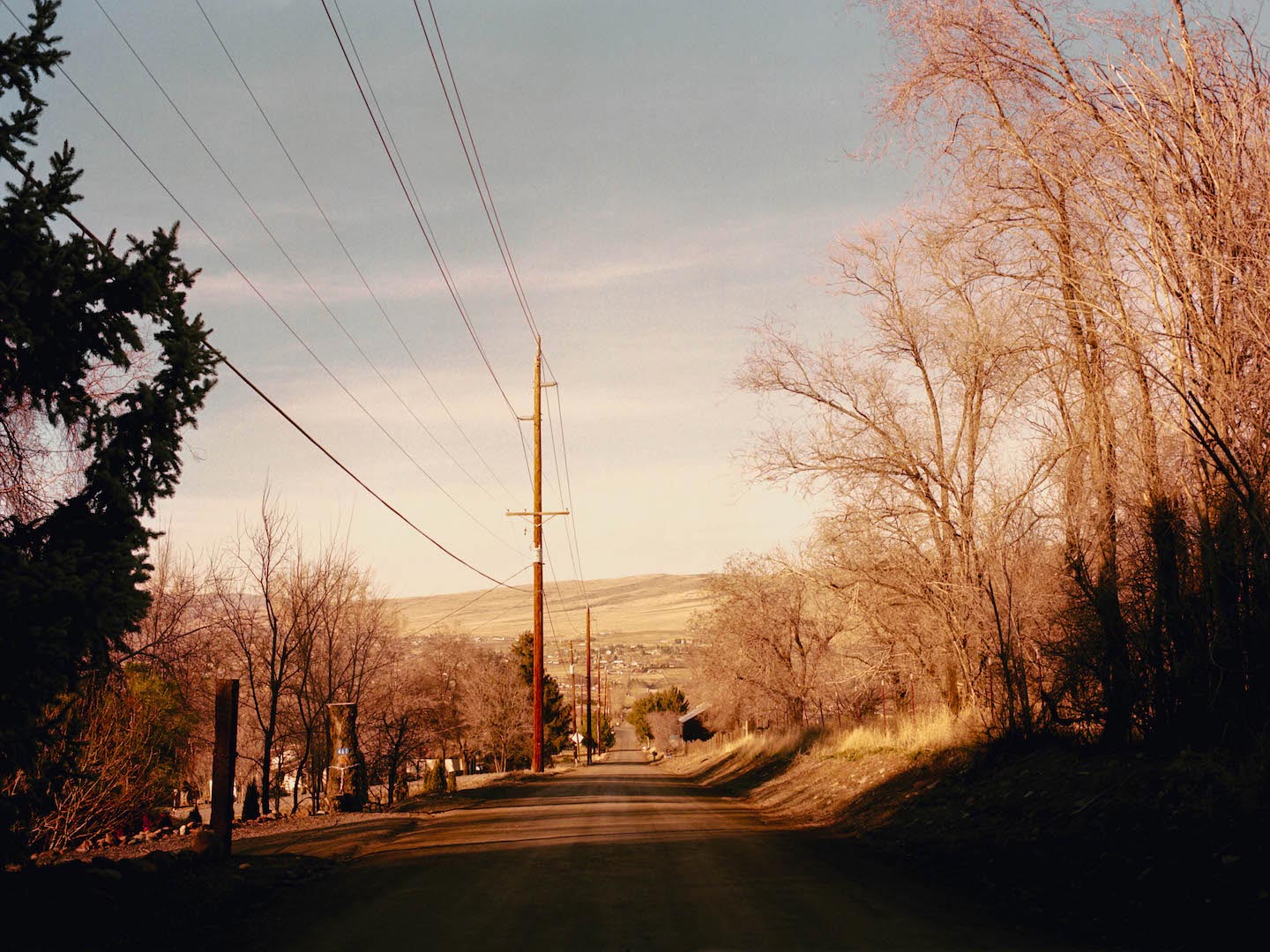 We Shared the Same Color That Evening by 22 year-old American photographer Brian Van Lau is, in Brian’s own words, “a portrait of a family that doesn’t exist. The people and events depicted in the images are rooted in reality, but the relationships become quite fictitious, as a means of piecing together my different families into a cohesive, albeit hyperreal, memory. This memory-portrait presents an echoed and repeating history, across familial and generational gaps, of which there are only insinuations of a potential catharsis, yet remaining unresolved and lacking its proper convergence.”

“I think this project slowly began to form itself even without my intent” Brian says about the origins of We Shared the Same Color That Evening. “I began making work that was tonally differed from how I was making it before, and there had been a sense of both emotional unrest and naive optimism in these new images I was making—almost like an emotion or an idea had taken form independently of my own, and I just became naturally reactive towards finding those images and ideations around me. This coincided with the ambiguous and often polarizing feelings I had towards my families (ones of both complacence and disappointment), especially towards my parents and friends. I think I wanted to articulate these conflicting feelings of unrest, and to see the ambiguity being revealed and reflected back at me through these people.”

In Brian’s intentions, the images challenge his tendency towards solipsism: “I’ve been interested in the concept of solipsism since my teens, but never quite knew the degree or sinister inceptions it could have until I was older, and being able to contextualize my own idealism and often strained perspective is in a sense, my means of shaking it off and overcoming a potentially self-isolating worldview. Each picture to me, is almost its own memory, or timeline, and being able to link them together through my own lens, and a shared color, gives a certain degree of control back to me in terms of how I can re-evaluate, and ironically, compartmentalize. In my mind, I’m also akin to the off-screen narrator in The Mirror, the 1975 film by Andrei Tarkovsky, having stopped a memory that’s both being replayed and occurring in the present before me, resulting in the project’s images themselves. I think it came down to me looking for a tangible and visual representation of these feelings and ideas I’ve had about my families, as a form of reflection.”

Of the images, Brian says “I wanted to house a certain tone of romanticism and ambiguity across them, thus it was important that each entry, and each manner of photographing, didn’t impose my personality upon them, rather my personality identifying when those moments were happening. I can’t say I was entirely successful, but I had been given a bit of luck in terms of being able to document the converging of both an emotional moment unfolding and a visually engrossing atmosphere to encompass it, which is why I’d consider my approach to be primarily reactive in that respect.”

Brian also comments on choosing We Shared the Same Color that Evening as the project’s title: “I love titles that serve as almost a synecdoche of the text itself, being both indicative of the tone on the surface and insinuating something overarching underneath, such as That Day on the Beach, the 1983 film by Edward Yang, or Never Let Me Go, the 2005 novel by Kazuo Ishiguro. I had a dream about a friend of mine (who unfortunately, isn’t featured yet within the images themselves), about the two of us sitting across from each other, bathed in the dusk light, overlooking an unnamed city. The dream to me felt very optimistic and on retelling it to her, we both felt a sense of potentiality come over us, but the reality had also set in on the different paths we had already taken. “We Shared” is almost a declarative statement, signifying a past and direction for it having ended, through the lens of naivety and reluctance towards a future no longer plausible.”

Some references Brian had in mind while working on We Shared the Same Color That Evening include the works of photographers such as McNair Evans, Ian Kline and Curran Hatleberg, but his main sources of inspiration were two films: “After Life, the 1998 film by Hirokazu Kore-Eda, and the 2010 adaptation by Mark Romanek of the aforementioned Never Let Me Go, a film I was immediately drawn to in my teens. Both films feature themes of nostalgia, regret, and an impending end which will separate its cast of character. In fact, there are specific parts from Never Let Me Go that use the analogy of a river in the same manner as I wanted to use color, relating the strong tides of this river ripping people apart, and as the main characters try to hold together, the powerful tides eventually prevail, both in time and distance. Despite We Shared the Same Color That Evening is not explicitly about death, the sense of separation and and the impending ending it will bring is echoed throughout. I think through these works, I wanted to include (or rather, reveal) a shared fragility of these relationships, and the means of which we attempt to cling to them, perhaps never feeling fully “present,” but made of the openings and closings of past ones.”

Ideally, Brian hopes viewers have “an immediate reaction of appreciation, and perhaps projecting one’s own sentimentality into the images, but I would hope on second inspection, there’s a greater sense of disappointment, regret, and in-satiation overall. Despite this however, I would want some degree of feeling a sense of “place” and “home” to be warranted on any viewing and reading of it.”

Brian’s main interest in photography is in the new meanings that can be created by putting images next to each other: “I love the infinite readings that can be drawn from the simplest and most nuanced of insinuations from a photograph, or any art form in general really. I think back to the most fundamental of editing techniques, the Kuleshov Effect, and how pairing any two images together creates a new, third meaning, either independent of the aforementioned images, or due decisively to them. Something that draws me in more and more is navigating through micro-sequences on an image-by-image basis, and macro-sequences to be analyzed and viewed through structural changes and lenses, styles, lighting, consistency, and everything in between. Ultimately, and particularly with We Shared the Same Color That Evening, is the ability for photography (generally speaking) to serve as both proof and perversion of the text, simultaneously. Photography is rooted in reality, and every image I want to create is done initially as a documentation or recording of it, but when paired with structurally editing/sequencing, a wholly new idea and meaning takes place amongst that construction. Even looking at We Shared the Same Color That Evening, I don’t want the audience to know who is or isn’t a part of my family. Is that his house? His door step? His grandfather? His friend? His cousin? Are all of these places really in the same town? With each reading, the audience is forced to project and draw their own insinuations more and more, mirroring my own projections in the sequencing and making of this project.”