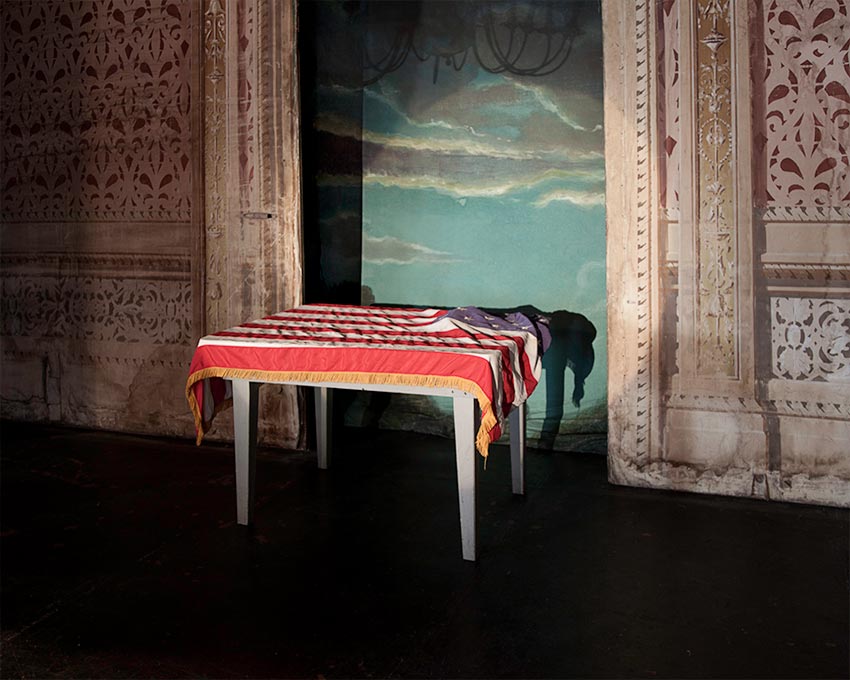 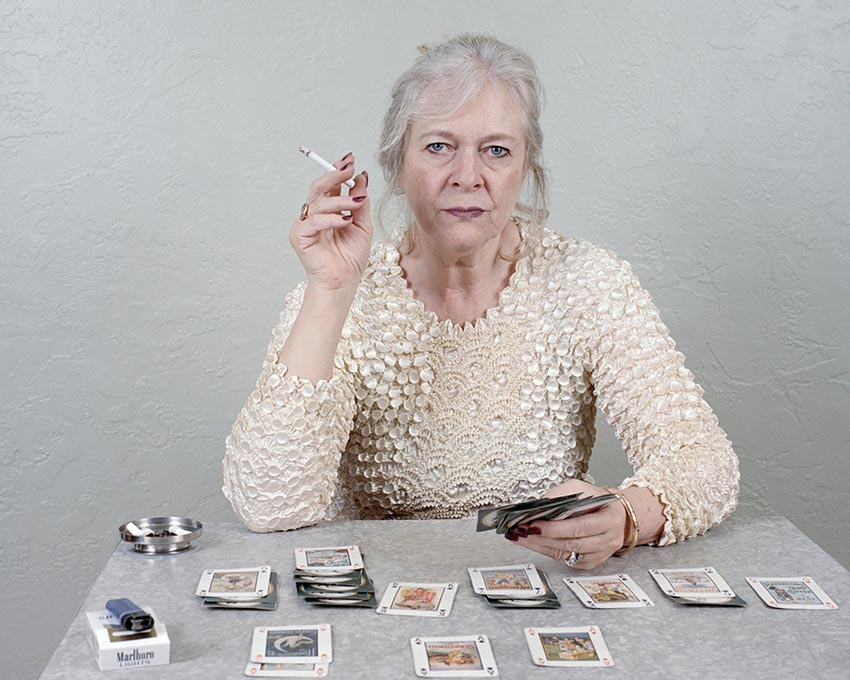 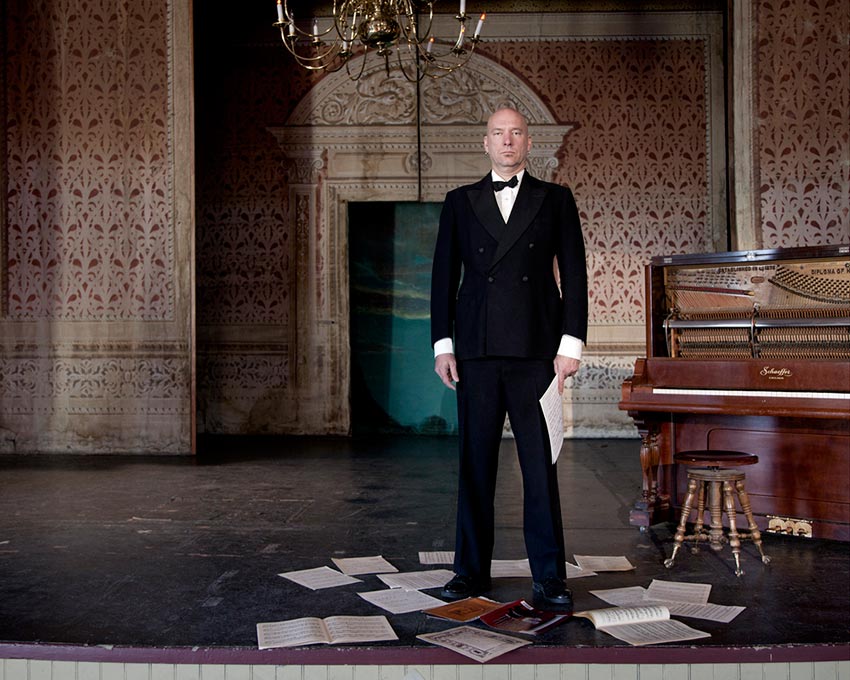 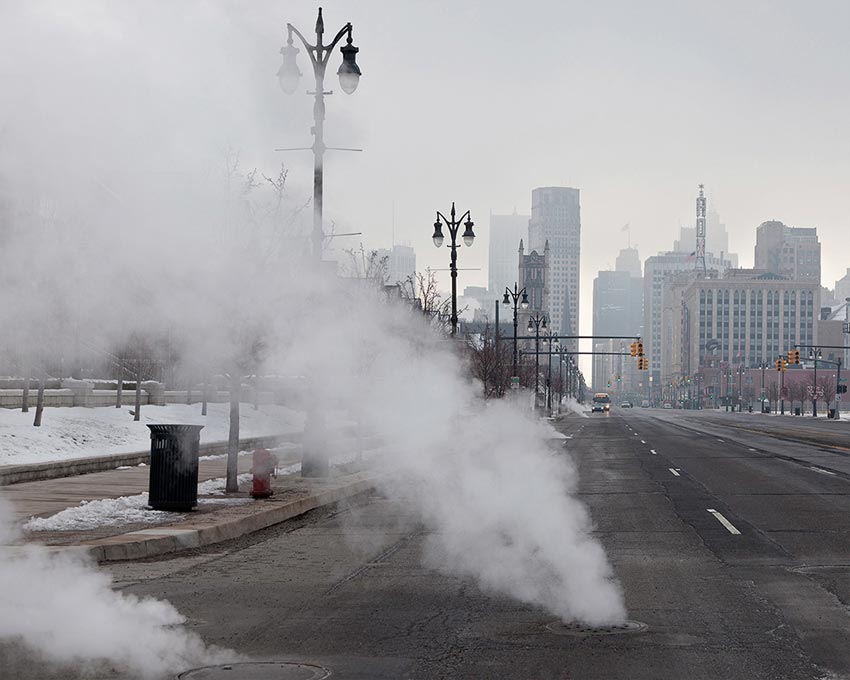 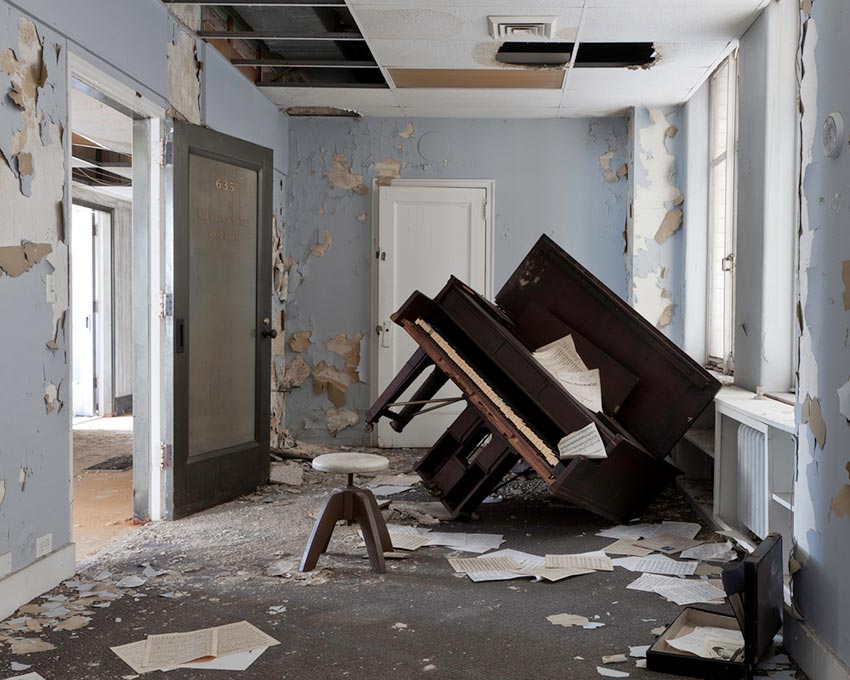 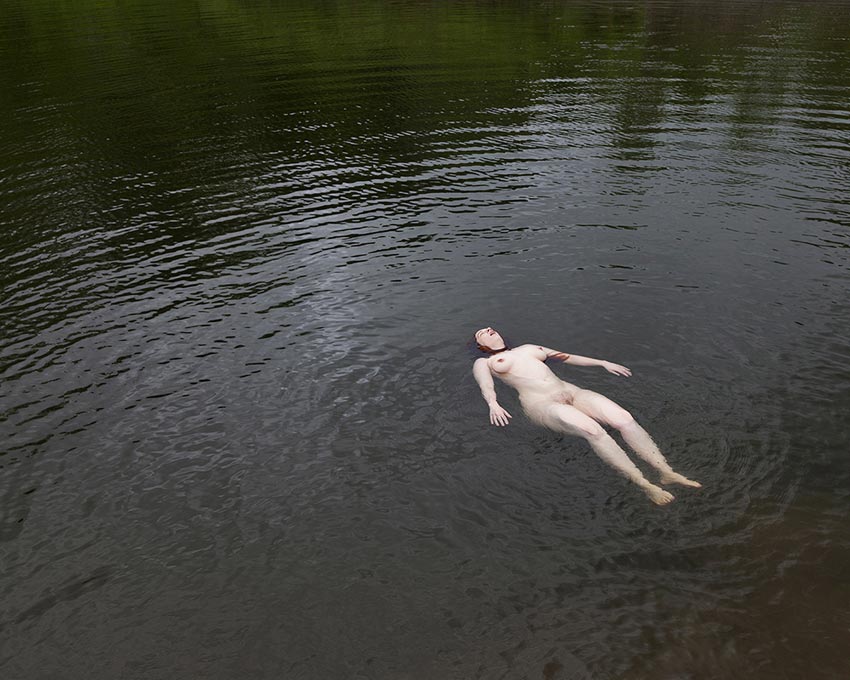 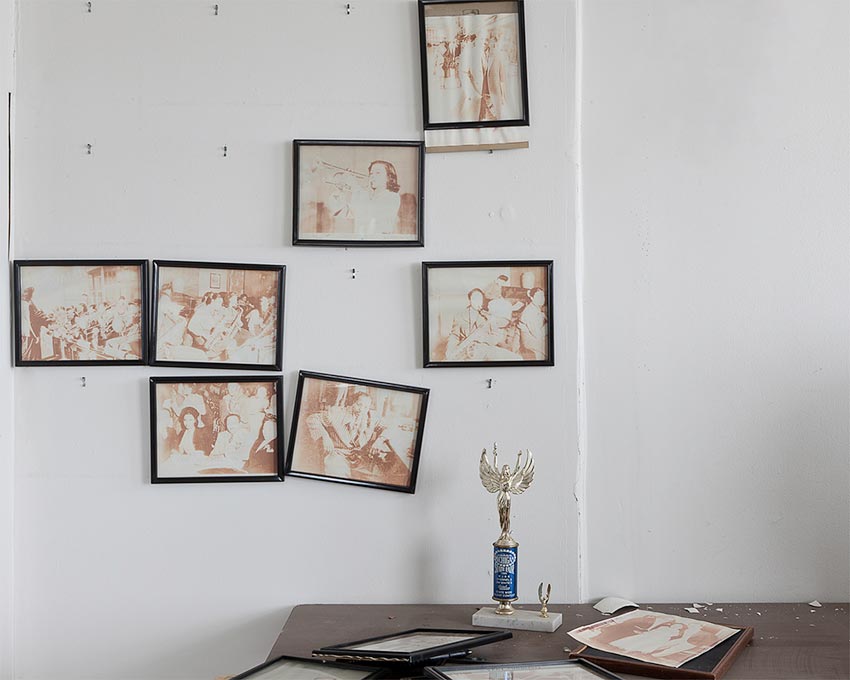 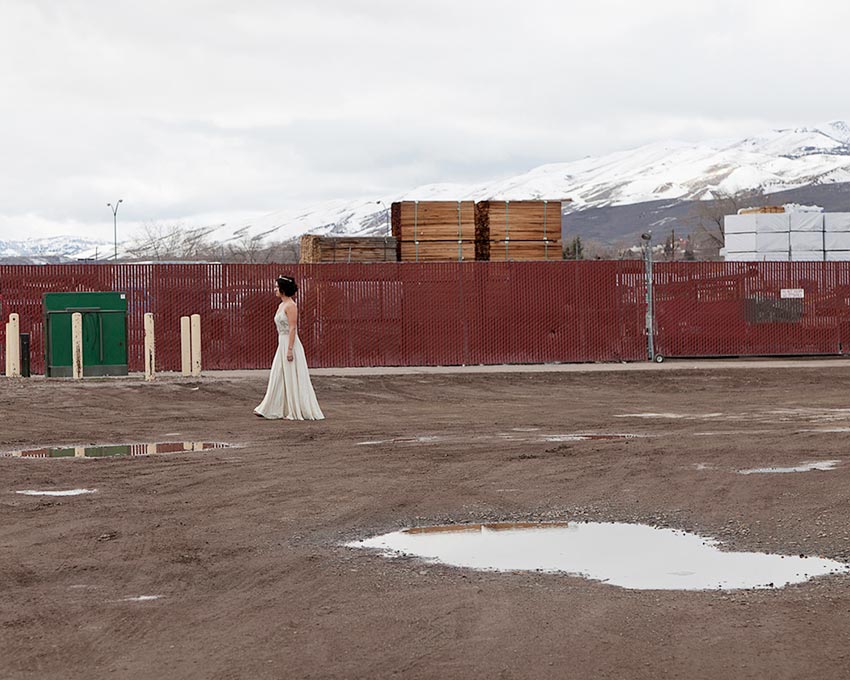 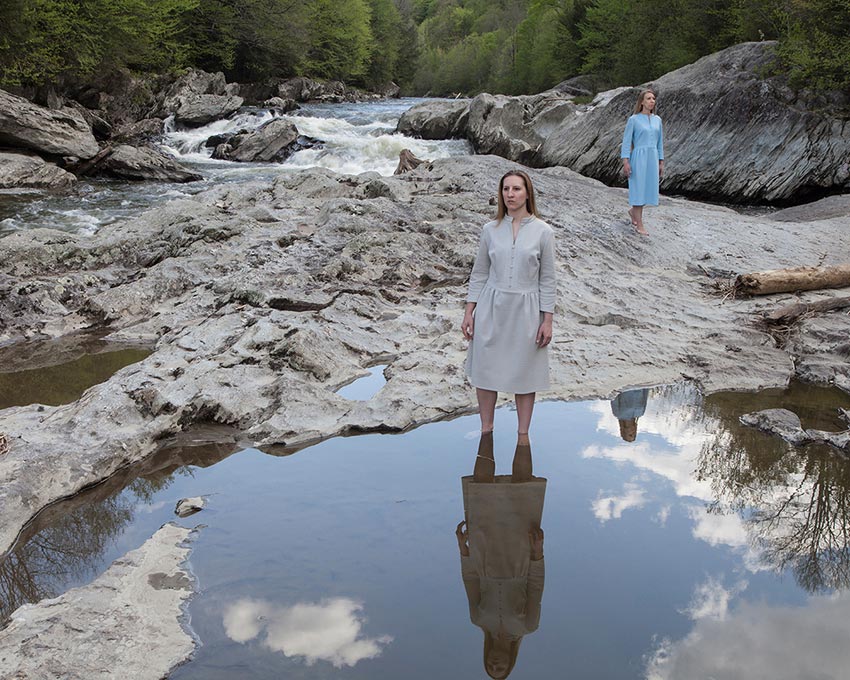 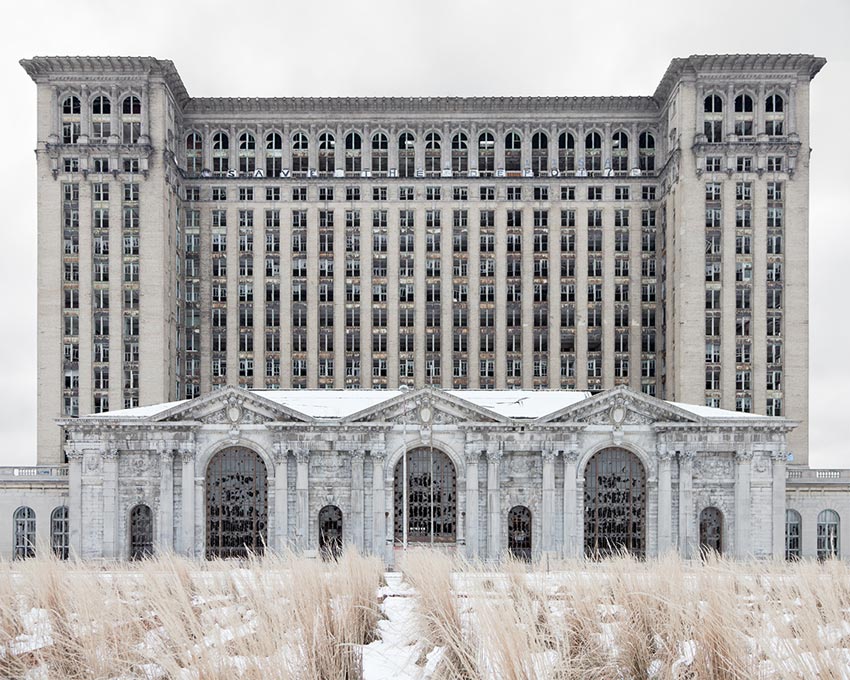 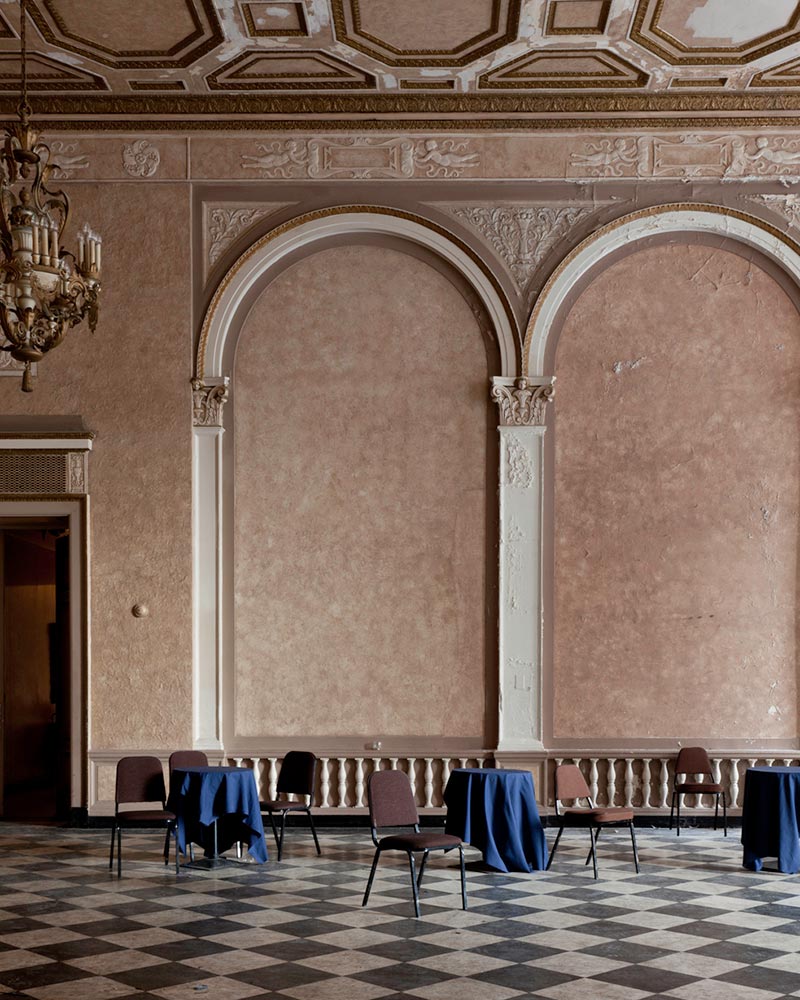 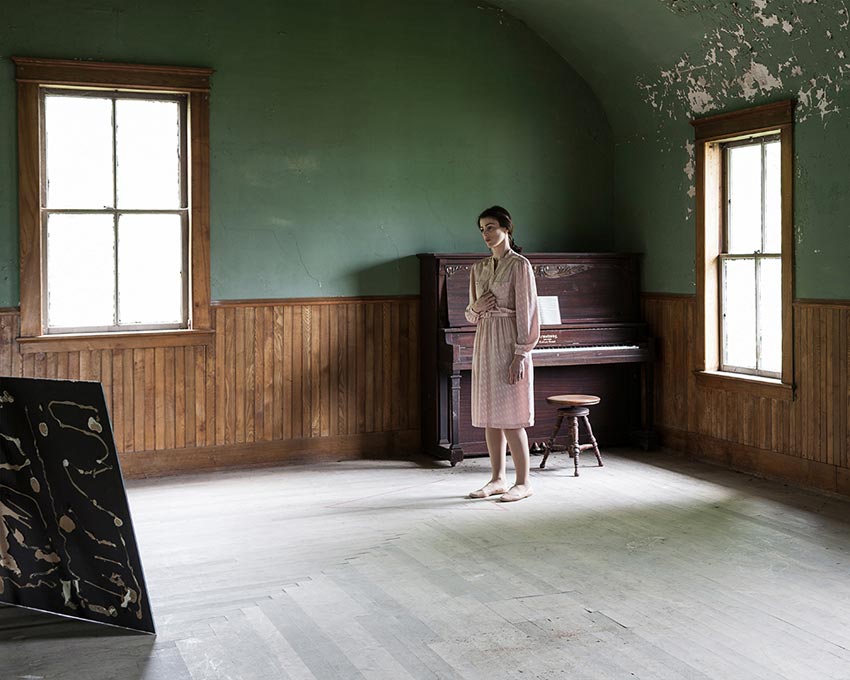 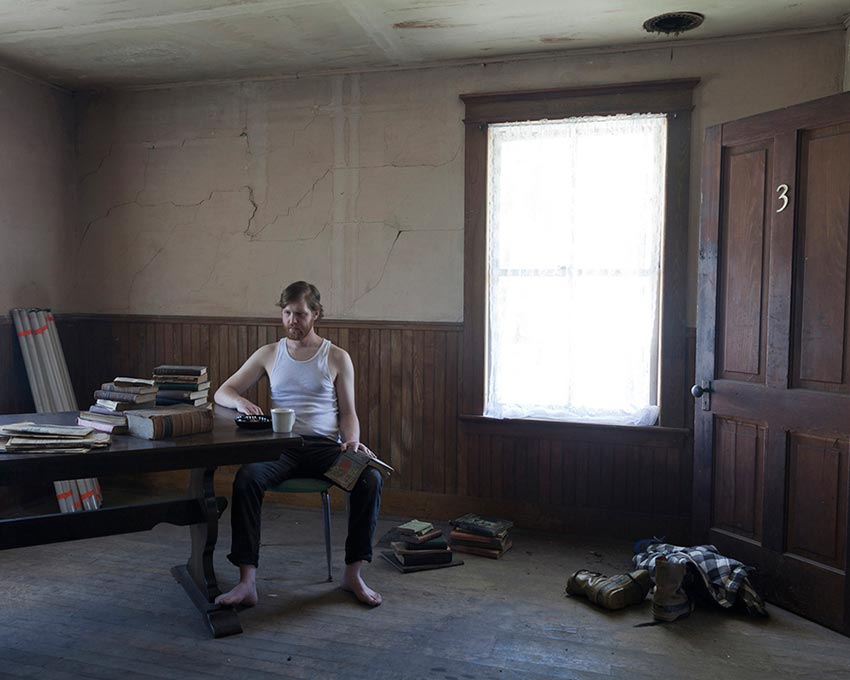 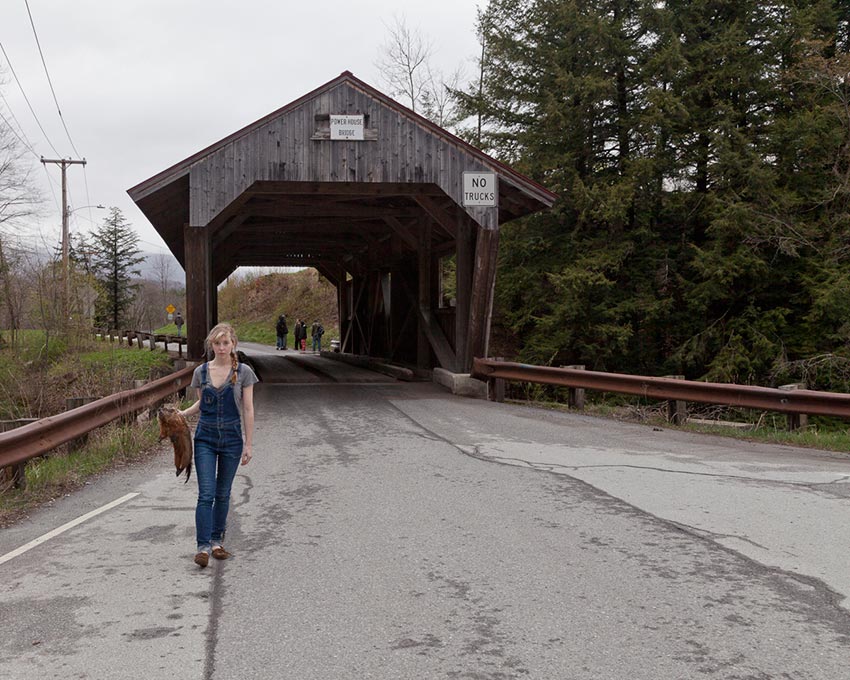 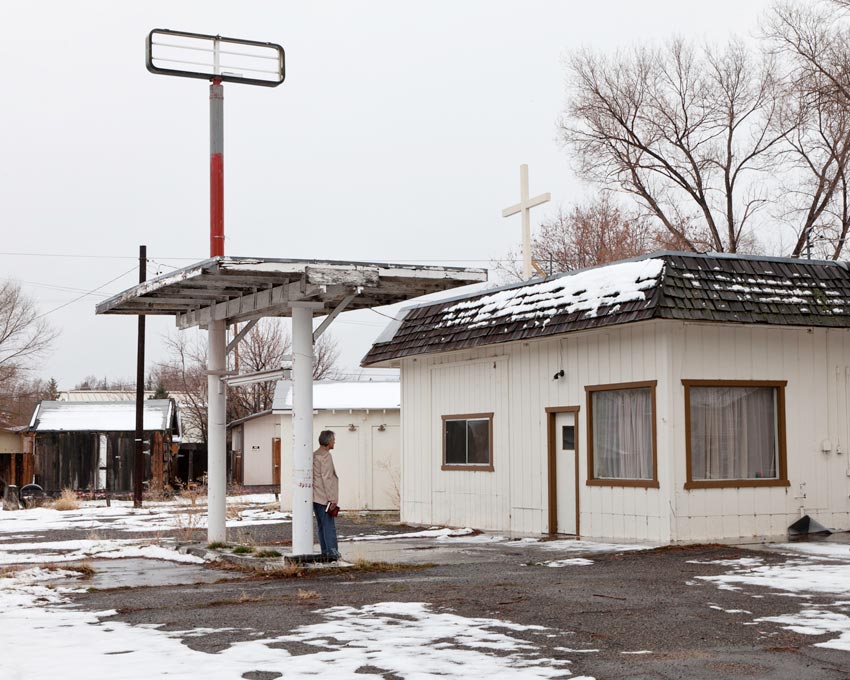 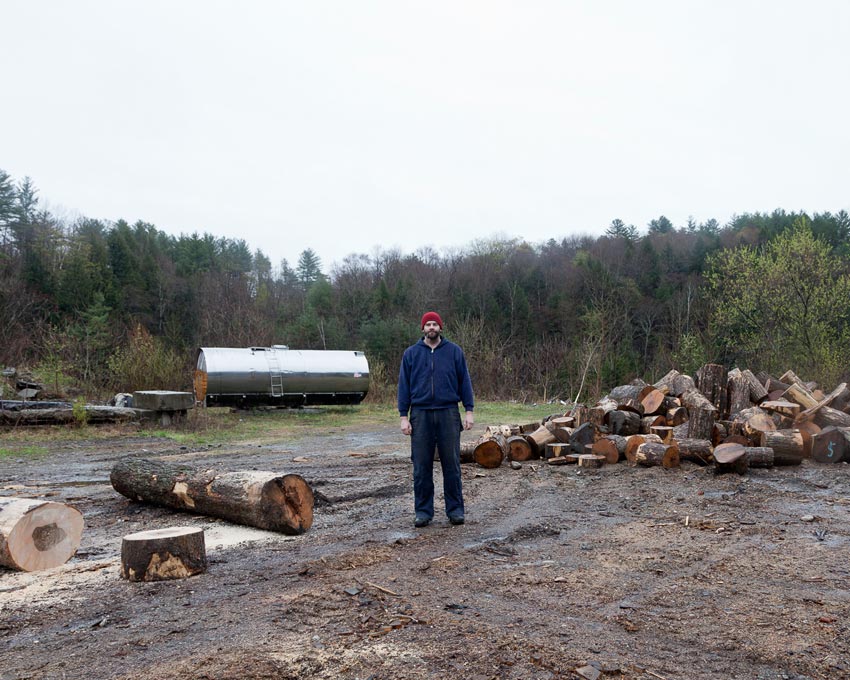 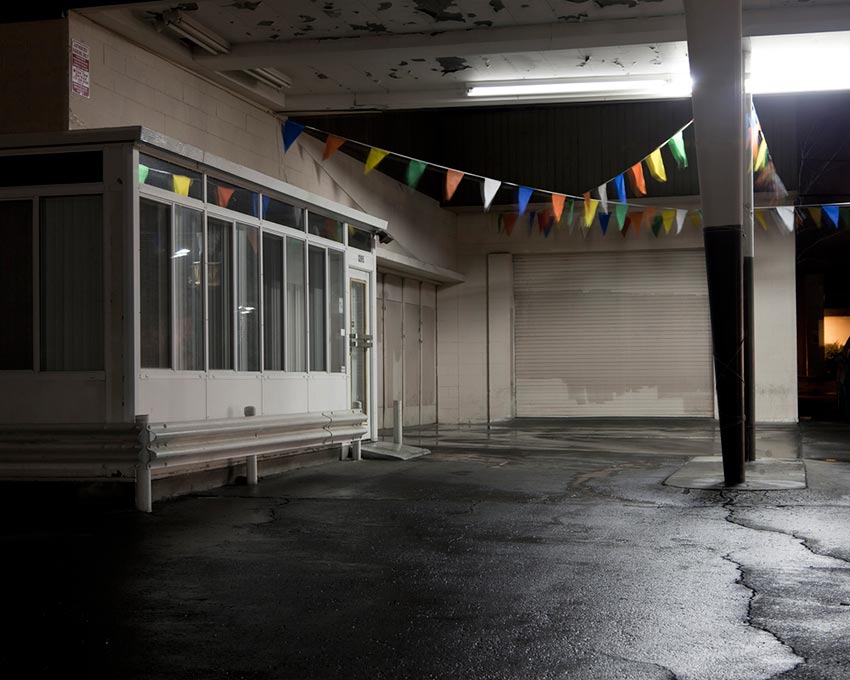 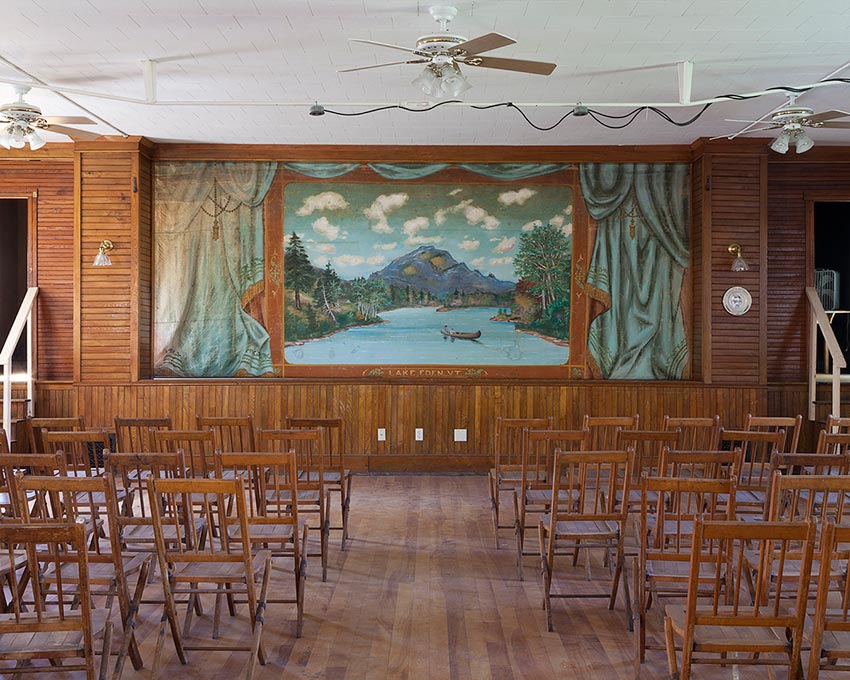 IN THIS INTERVIEW > American photographer Jennifer Garza-Cuen discusses Wandering in Place, a long-term project that uses a mix of portraiture, documentary and staged photography to explore the identity of America and what is really left of the American myth.

Hello Jennifer, thank you for this interview. What are your main interests as a photographer?

My interests are both aesthetic and philosophical. Photography is many things: it’s a technology, a way of seeing, of thinking, a way of encountering the world. Images have become our primary means of presenting ourselves and perceiving others. We have reached a point in our society where images are often viewed as more real than life itself, they are the means by which we curate our lives. It may seem strange to say, but as a photographer I find that disturbing. I’m wary of images being treated as a substitute for the narrative of experience, or worse as a substitute for the experience itself. I think it’s important for us to realize that images are powerful; that they have the ability to supplant lived experience.

Personally, I try very hard to distinguish between photographs as experiences in and of themselves, and a photograph as an attempt at capturing a lived moment. I try to create images that provide a viewing experience, a story. But it’s also important to know when to put the camera away, to resist using photographs as proof of experience. A beautiful sunset with close friends or family will never be more than it is when you’re living it, and it will not be better because you have a picture of a sunset. In fact, the experience of it is often ruined by the act of trying to capture it. So, I think it’s important to recognize when images can add to the conversation and to resist making them when they can’t.

Your project Wandering in Place is a series of explorations of different American cities. What inspired you to create this body of work?

Wandering in Place started because I wanted to explore the simple question, “Where are you from?” as it relates to identity. Are we from where we were born; where we have lived; or where we happen to be living when someone asks the question? It’s important because it often relates to our ideas of authenticity.

Many years ago I left America to travel the world. I spent over a decade doing just that and in the process experienced first-hand the often arresting disparity between our perceptions (made up of memory and myth) and reality (which seems to lie somewhere between conflicting memory myths). To most people I encountered I would only ever be a name, a stranger, a bundle of preconceived ideas arrived at based on their own experiences.

As I traveled, I began to feel particularly shackled by the identity of ‘American’. What exactly did that mean anyway? Since returning to the United States several years ago, I have been fascinated by the American myths: the shining city on the hill, boom and bust, the frontier spirit of rugged individualism, of striking it rich and striking out, and I’ve also been keenly aware of the reality of its hardships; of free-market narcissism, prescribed isolation, injustice, wealth disparity, and decadence. Wandering In Place depicts a series of locations in the United States as a residue of my cultural memory, an inheritance. It is a metaphorical memoir, a narrative re-telling of facts and fictions and it is also my discovery of the dreamland that still is America.

There’s a common aura of mystery and desolation running throughout the project’s different “chapters”. What are you trying to communicate with these images?

I am trying to illuminate some of the complexities of American myths and culture. As with every culture we have ideas of ourselves that don’t always match up with reality. I see America as a place that is built on glorious aspirations, many of which have never come to fruition or are in a state of decline. My work explores that tension.

Most of the pictures, even those of empty interiors, have a keen narrative quality, suggesting stories we can’t fully grasp. Can you talk a bit about your process in creating the images, and what inspirations you had in mind while creating them?

My focus is on layering images with narrative potential. Images are by their very nature, fragments: they function best when they suggest rather than explicitly state. I’m trying to make images that serve as an invitation to the viewer to create their own narratives and come to their own conclusions.

Tell us a little bit about each of the three cities you photographed so far – why did you choose them, and what specific aspects of each location impressed you most strongly? It all started in Reno, Nevada…

Reno is a place that embodies ideas of Western idealism, the frontier spirit, of transience and the gambler’s impulse to risk everything for the chance at a better life. It was founded as a toll, a passage across the Truckee River, and on silver from the Comstock Lode. I’m attracted to Reno as a metaphor because there is an inherent insecurity built into its very foundation, and that continues to take a profound “toll” on the population.

…then you moved on to Detroit, Michigan…

Detroit serves as a counterpoint to romantic ideas of American Empire and supremacy. It is a blatant example of the systematic othering of our communities of color. What has been happening in Detroit has also been happening in other parts of the country; we are beginning to see our systems break down.

Visually speaking, Detroit is fascinating because it is so large scale. Many of the city’s major architectural achievements, entire high-rises have been abandoned, scrapped and left to ruin. But it’s complex, because much of that ruin is also evidence of resilience, of people finding a way to survive.

…finally, your most recent stop was Eden, Vermont.

Eden is a place tied to early American expansionism, to the ideals of hard work and faith as the foundations for a good life. Its name and location evoke a sense of religious idealism, and that echoes through details I found about the town. For example, that the rivers of Eden all spring from Eden. Though the surrounding area provides wonderful examples of small-town New England life, Eden itself has no town center. It is therefore more difficult to grasp as a place and there is an elusive quality to that which I love.

I see most of my current work as autobiographical. I spent many years as a traveler, photographing ‘other’ places. A travel photographer is almost always on the outside because they cannot claim the place they are representing. When I returned to the States after many years abroad, I was anxious to get at something deeper, something below the surface. I was also interested in the impulse to claim place as part of identity. Wandering In Place is about that process. It is the journey of a wanderer, claiming specific places and the ideas they represent as a kind of inheritance.

Many of my enduring interests were formed when I was travelling. I have always been something of a treasure hunter. Searching for images, objects, tastes, sounds, ideas, and finding ways to shape them into something of beauty is not medium specific, it’s a life choice.