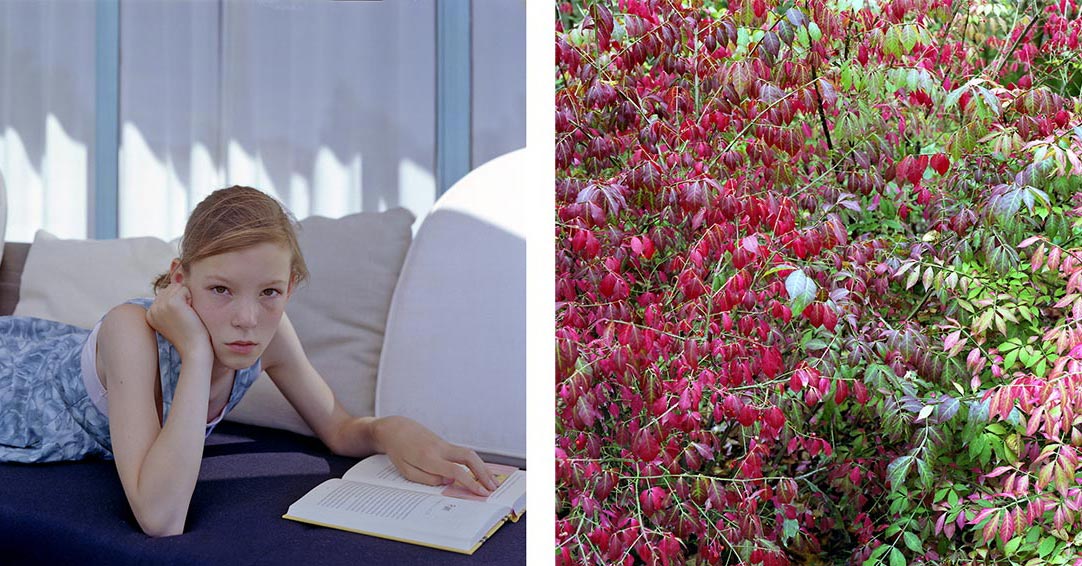 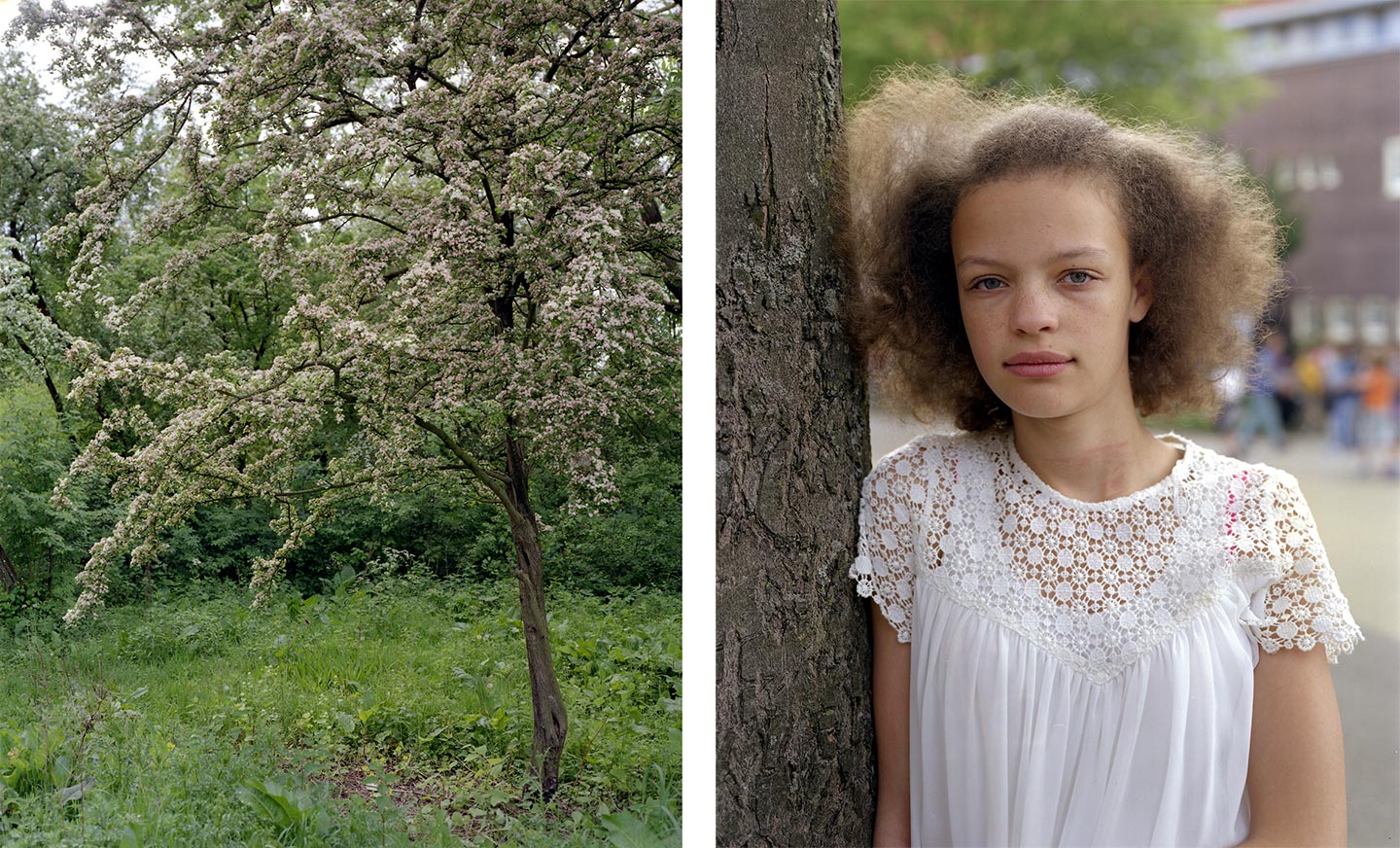 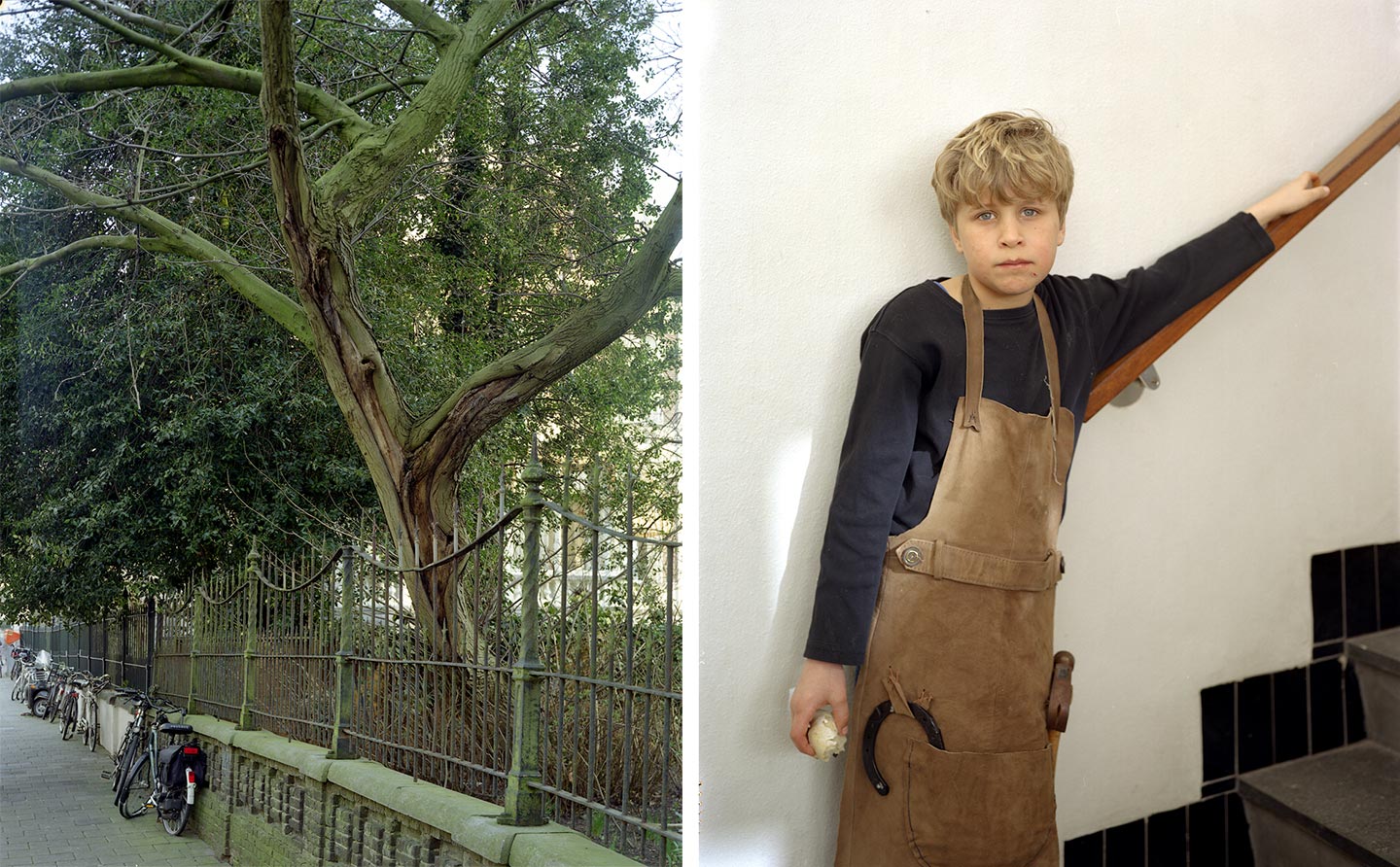 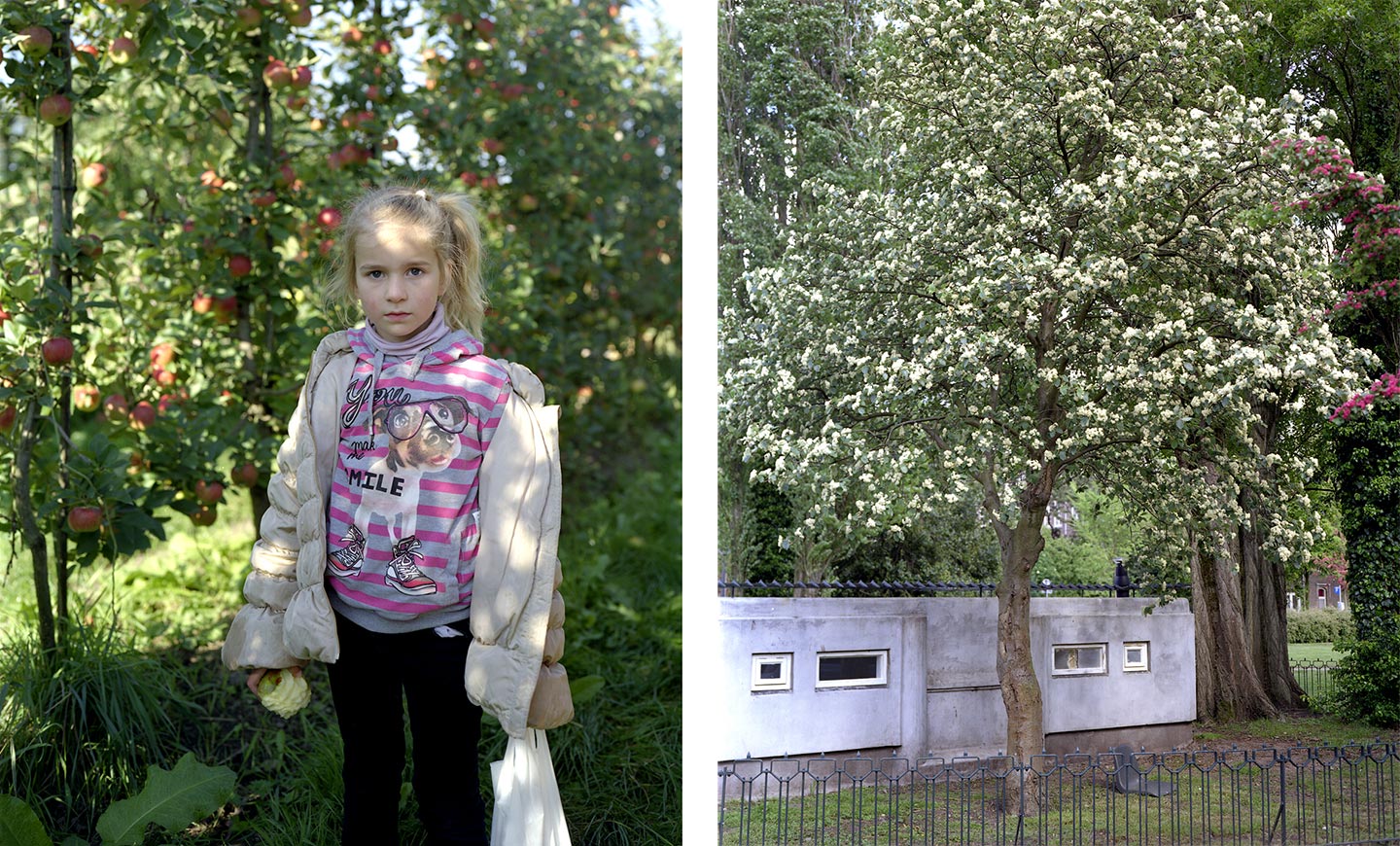 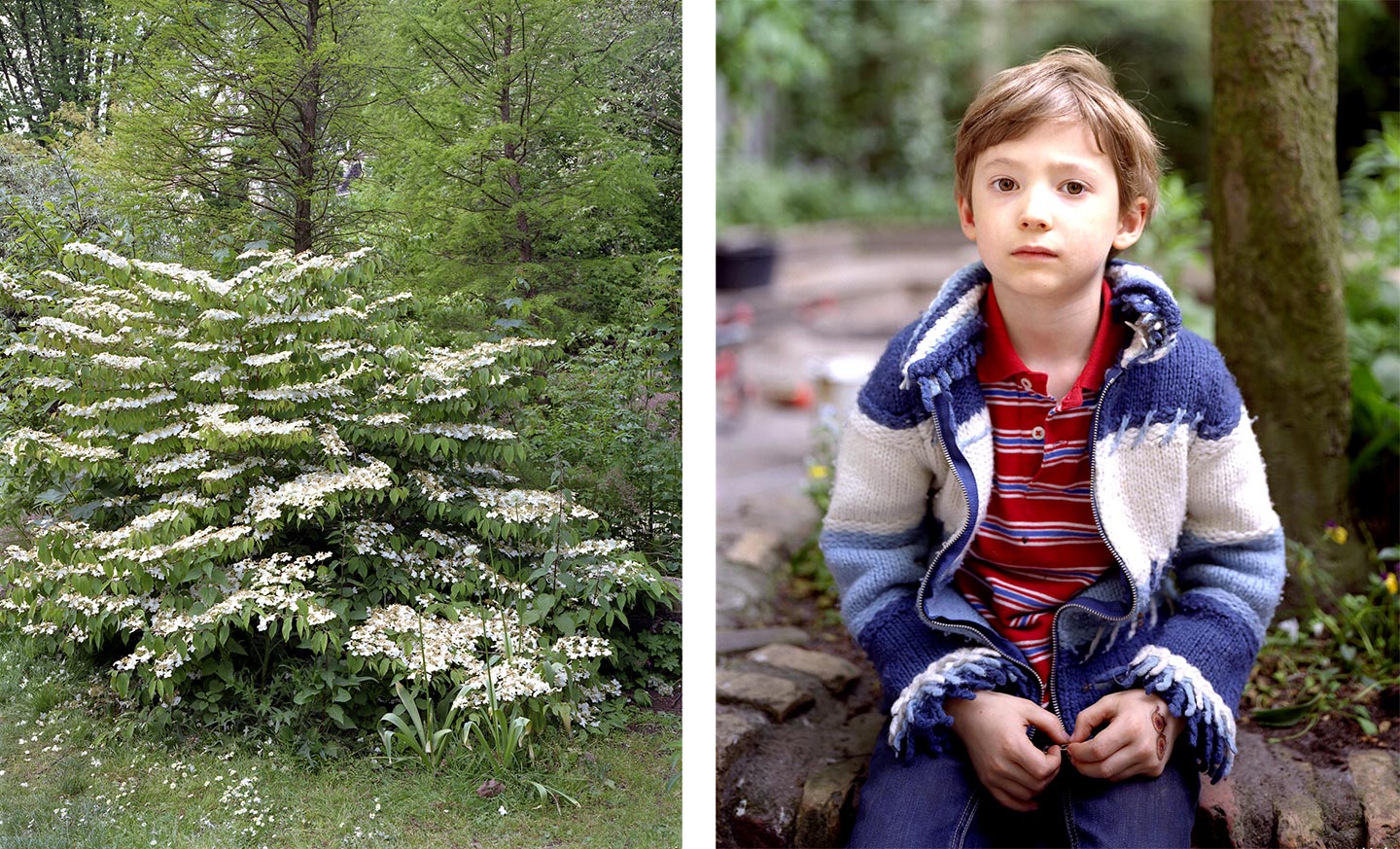 There Was a Child Went Forth by 43 year-old Dutch photographer Cuny Janssen is a three-volume photobook recently released by Snoeck (buy your copy). The book was made after Cuny spent four years photographing the children of Amsterdam’s Waldorf School. “I worked in and around Amsterdam, my own city, to make portraits of the school’s young students. I mainly joined them on field trips and seasonal celebrations, which very often take place outdoors, but I also spent time with them in the classrooms.”

Cuny started working on this project when she was asked by her daughters’ school to make portraits of the children. “Alfred Stieglitz once said that there’s not much you can say about what happens further then 40 meters away from your own house. After 14 years of traveling around the world I was ready to embrace that idea. Working in my original environment rather than abroad was a challenge, but the children and the city inspired me very much. Having my subjects around me all the time, as part of my daily life routine, was a different experience. A great one.”

During the same years that she worked on the portraits of the Waldorf School’s students, Cuny also photographed Amsterdam’s nature, with a particular focus on the trees found in its parks. The photobook, and the first two volumes in particular, presents some beautiful juxtapositions of the children’s portraits with the photos of the trees. The idea behind putting the two types of imagery side by side was “to express the resourcefulness of life, hope, faith. Nature and humans are the same to me, in that way. The strength to survive, to grow, to keep on, inspires me.”

The book There Was a Child Went Forth is titled after a 1855 Walt Whitman’s poem: “I realized that what he describes in that poem is what my photographs are about: the childhood experiences that you take with yourself for the rest of your life, like imprints.” Other sources of inspirations were “all kinds of books with children portraits—I’ve been looking at this kind of photobooks for the past 6 years; a beautiful book of photos of Amsterdam by Dutch photographer Bernard Eilers; novels by Zadie Smith, Tony Morrison, Astrid Roemer and Elena Ferrante’s My Brilliant Friend series, especially the first two books about the childhood and youth of two women, their friends and families in Naples; music from Alicia Keys (Here) and Beyonce (Lemonade); and I have to mention Gregory Halpern’s beautiful book ZZYZX.”

Cuny mentions an internship during which she worked for German master photographer Thomas Struth as the biggest influence on her practice. She describes her main interest as a photographer as a will “to figure out life, to inspire other people and to share beauty, faith and hope.” So she must have been glad when a friend of hers—”a mother and a perfectly healthy and cheerful person“—called her on the phone after going through a copy of There Was a Child Went Forth Cuny had given her. She was in tears and it took a moment before she could speak: “I just went through your book… and it’s so beautiful.” Cuny asked if it touched her that much because her daughter was in it. “No,” the woman replied. “It’s… as if there really is hope.”

Some of Cuny’s favorite contemporary photographers are Robert Adams, Thomas Struth, Fazal Sheikh, Charlotte Dumas, Lucas Foglia and Gregory Halpern. The last photobook she bought is “a beautiful book about the life and work of photographer Consuelo Kanaga. I saw a couple of her photographs in a show in San Francisco that blew my mind.”