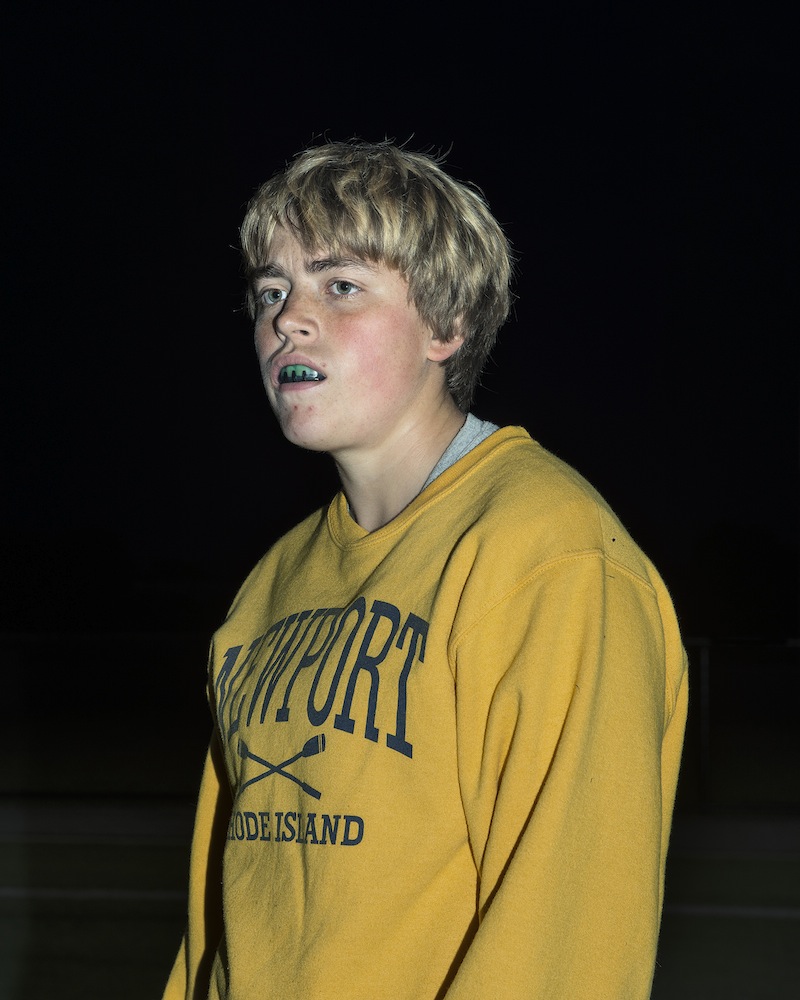 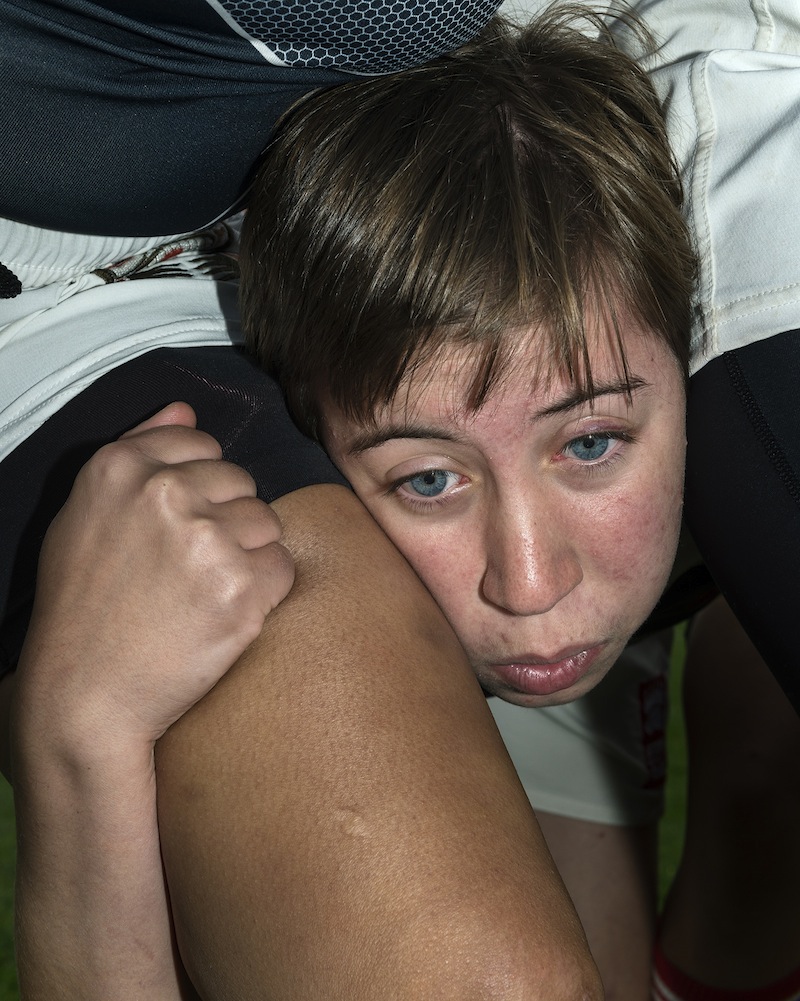 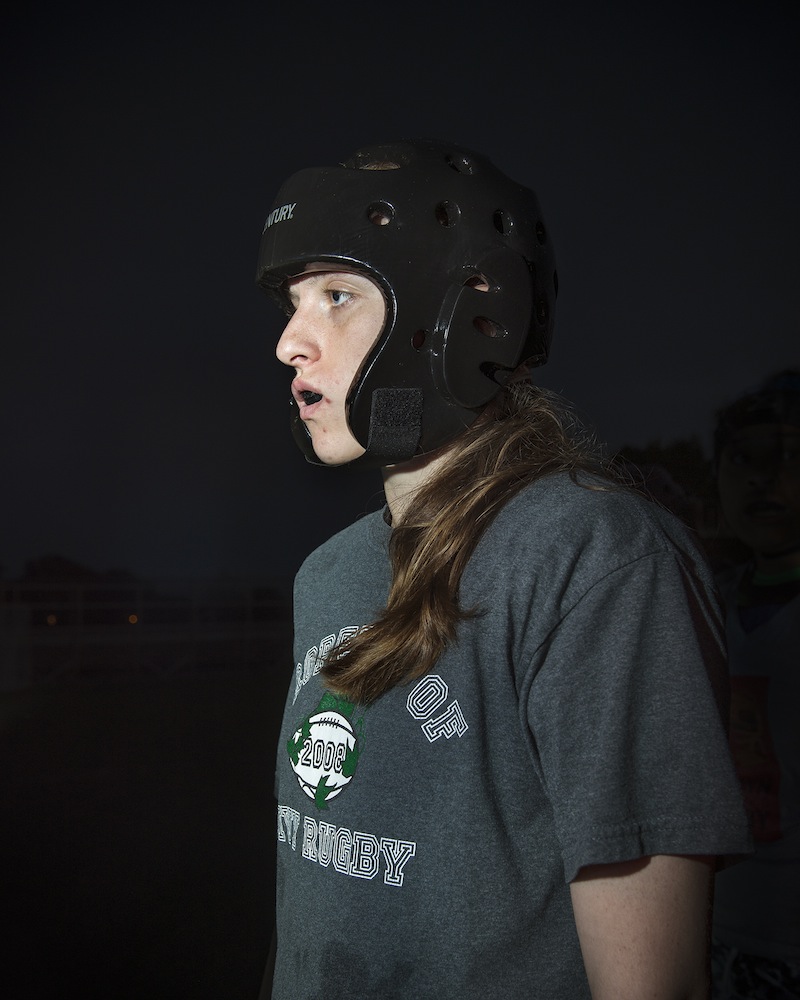 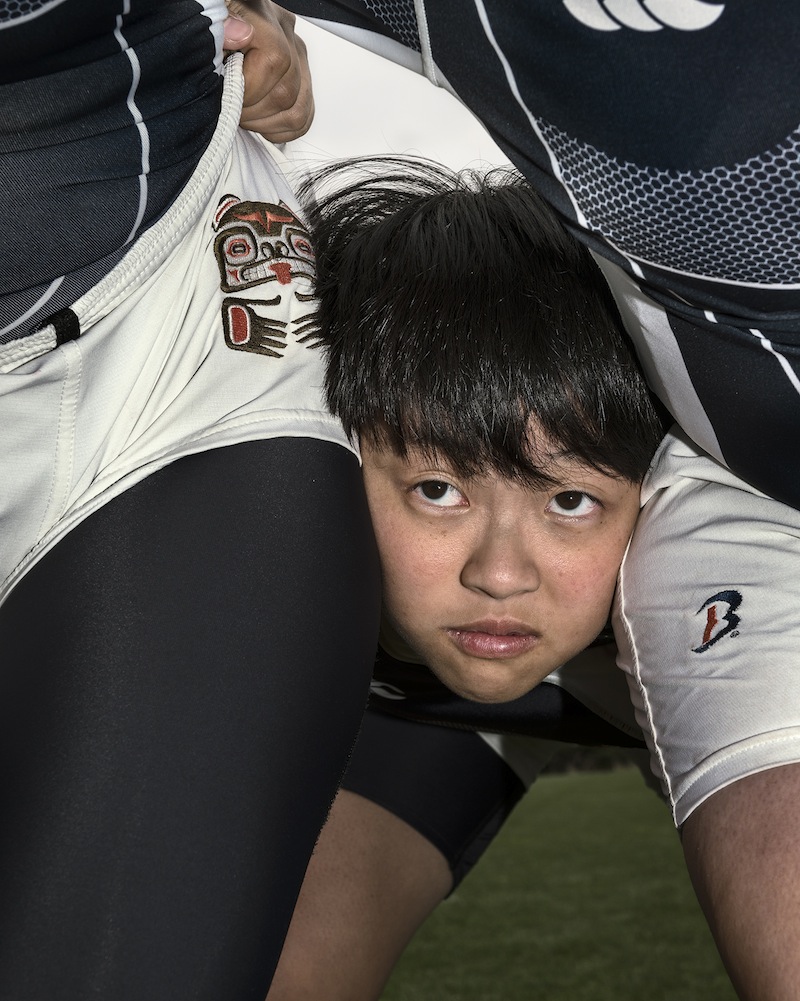 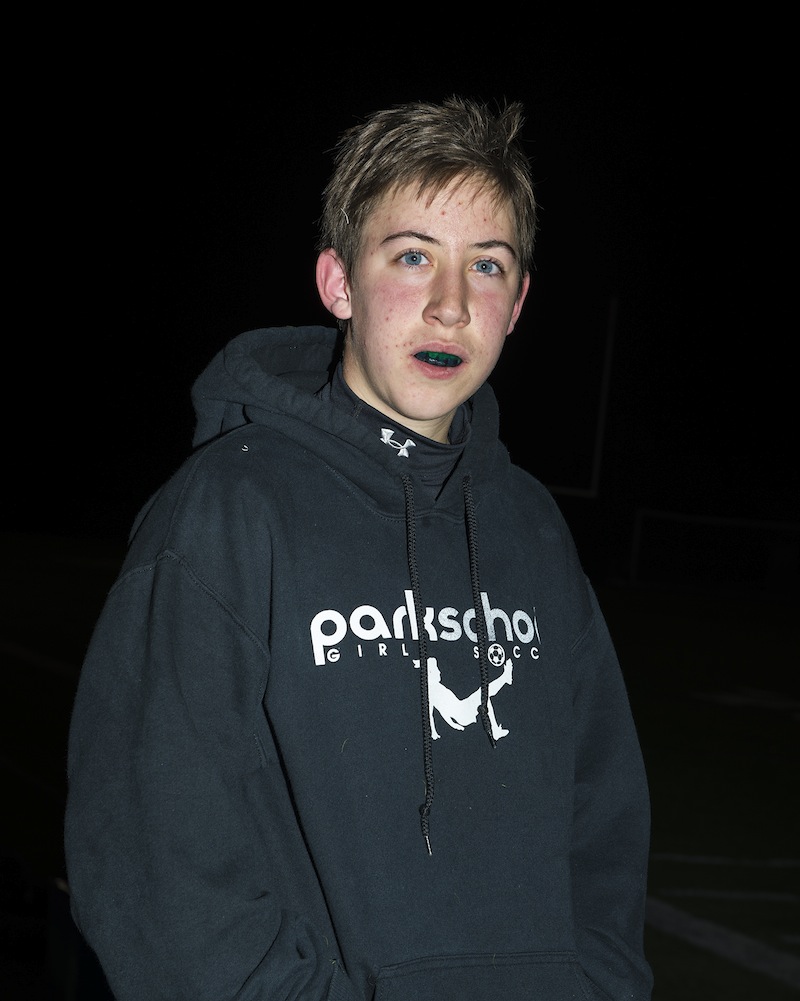 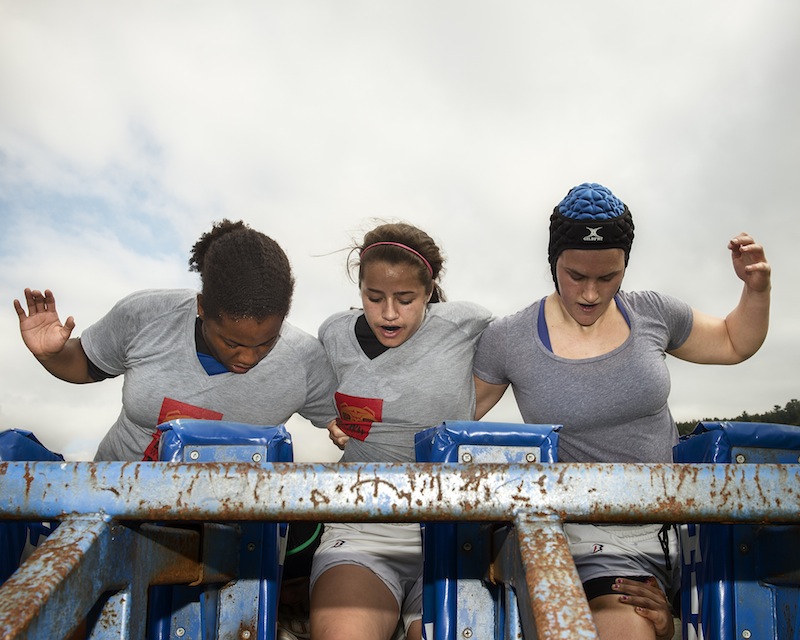 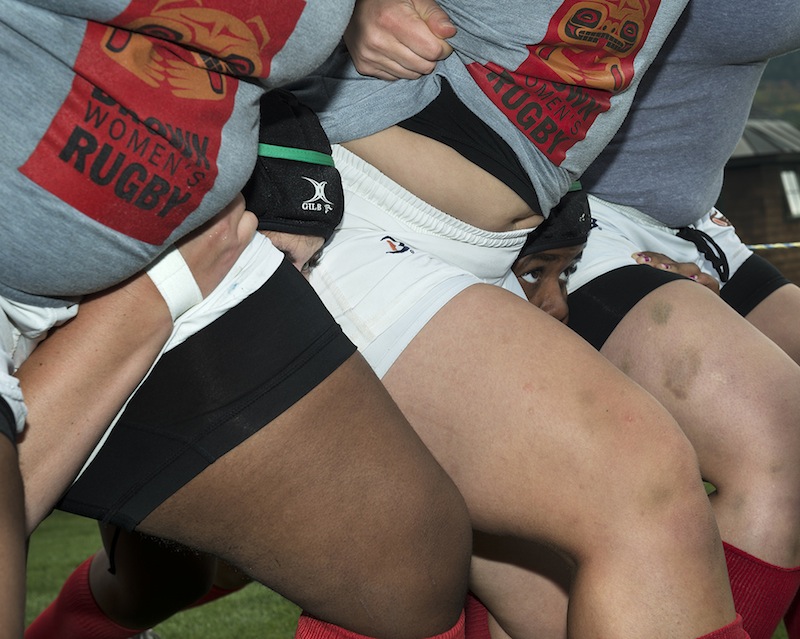 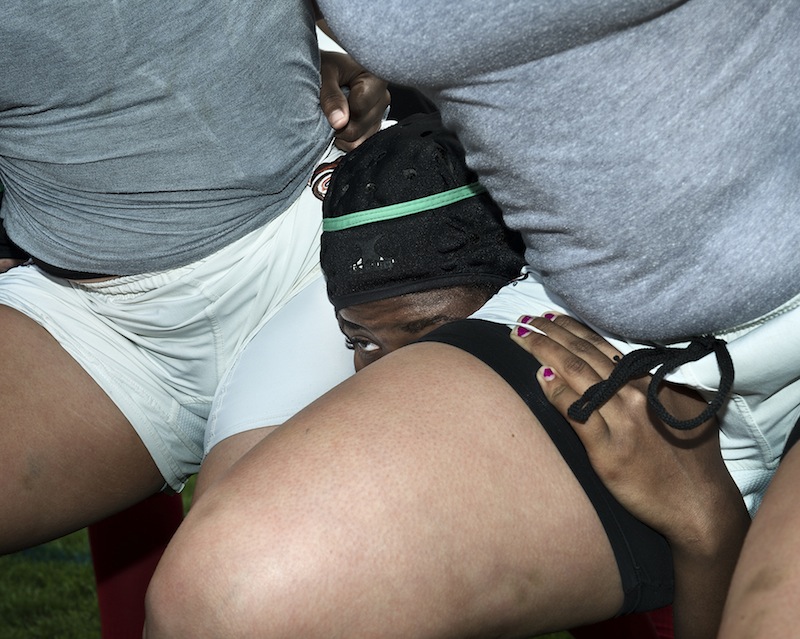 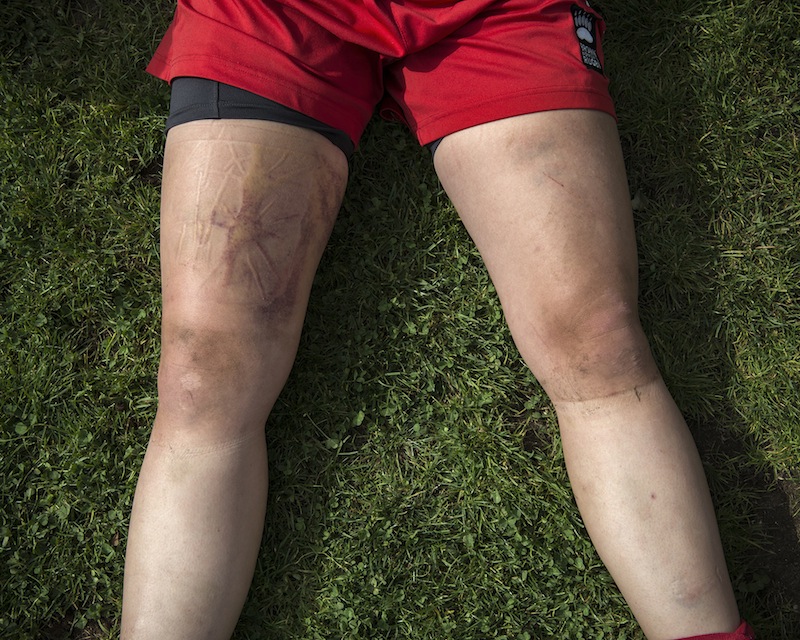 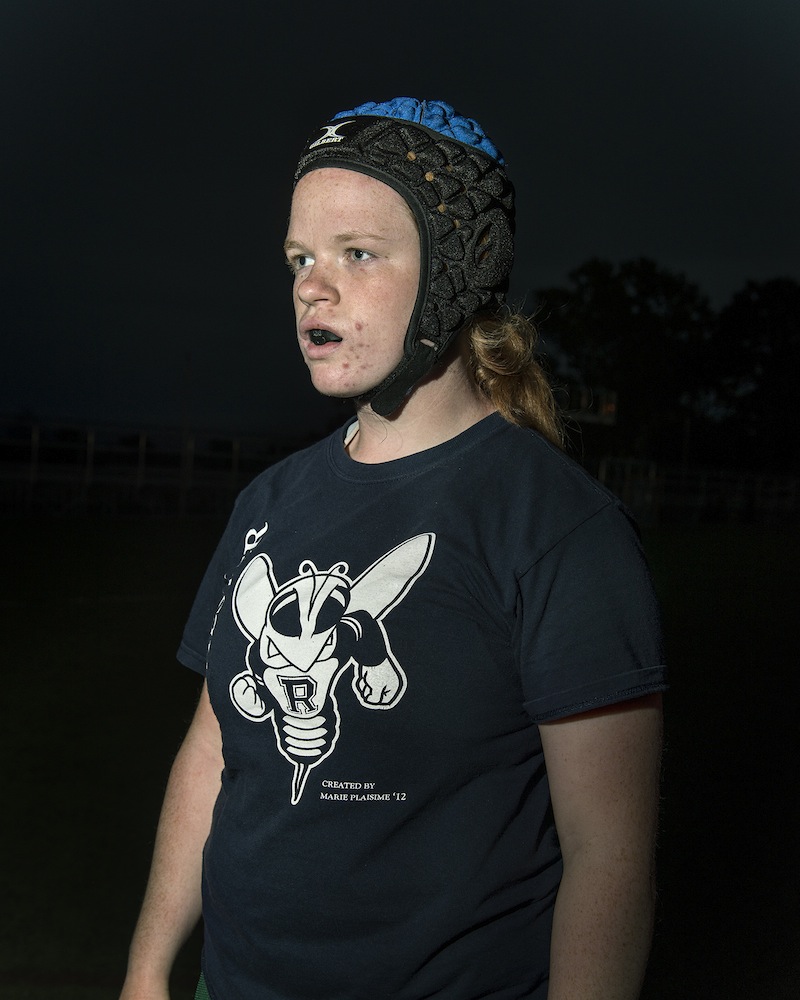 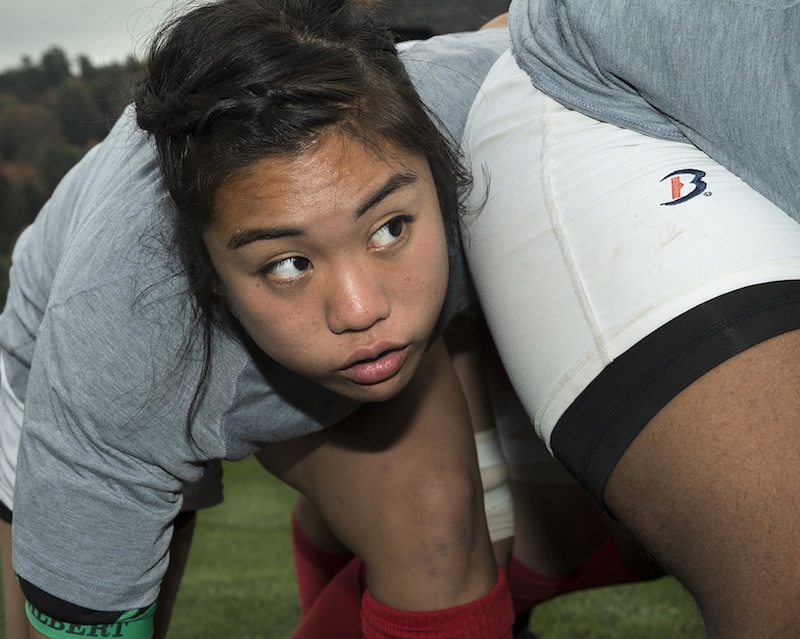 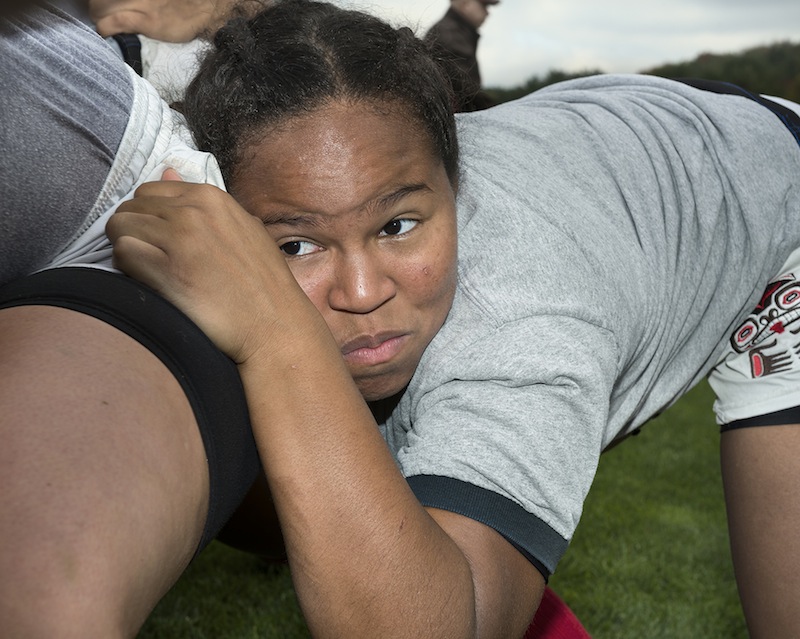 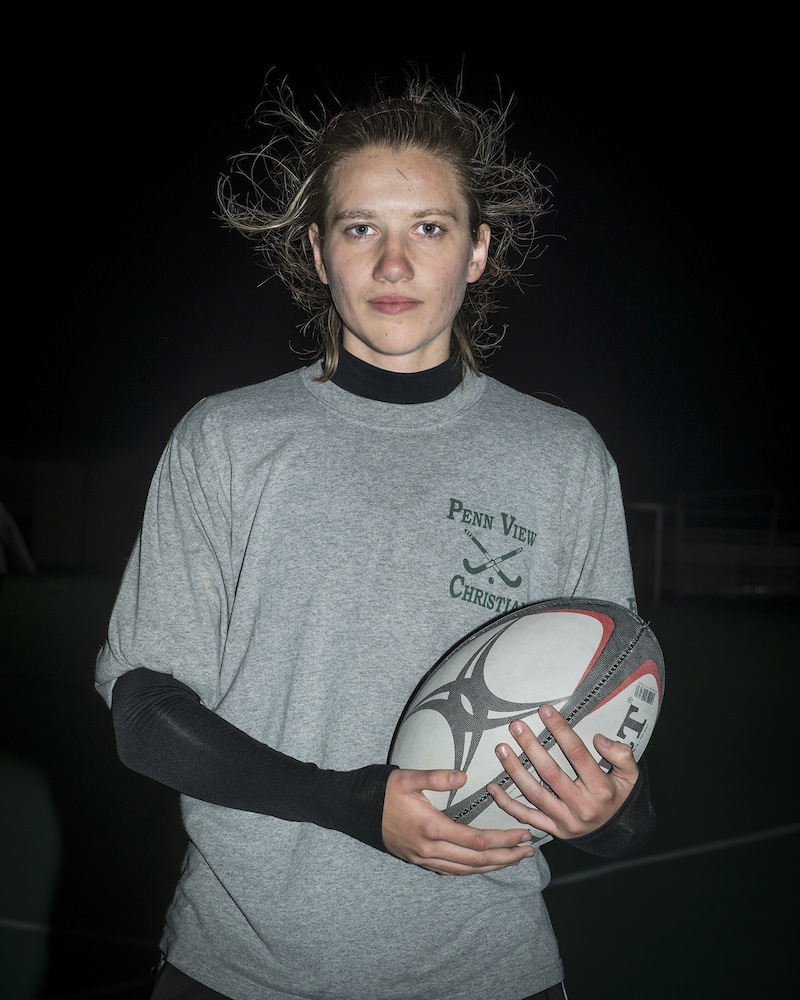 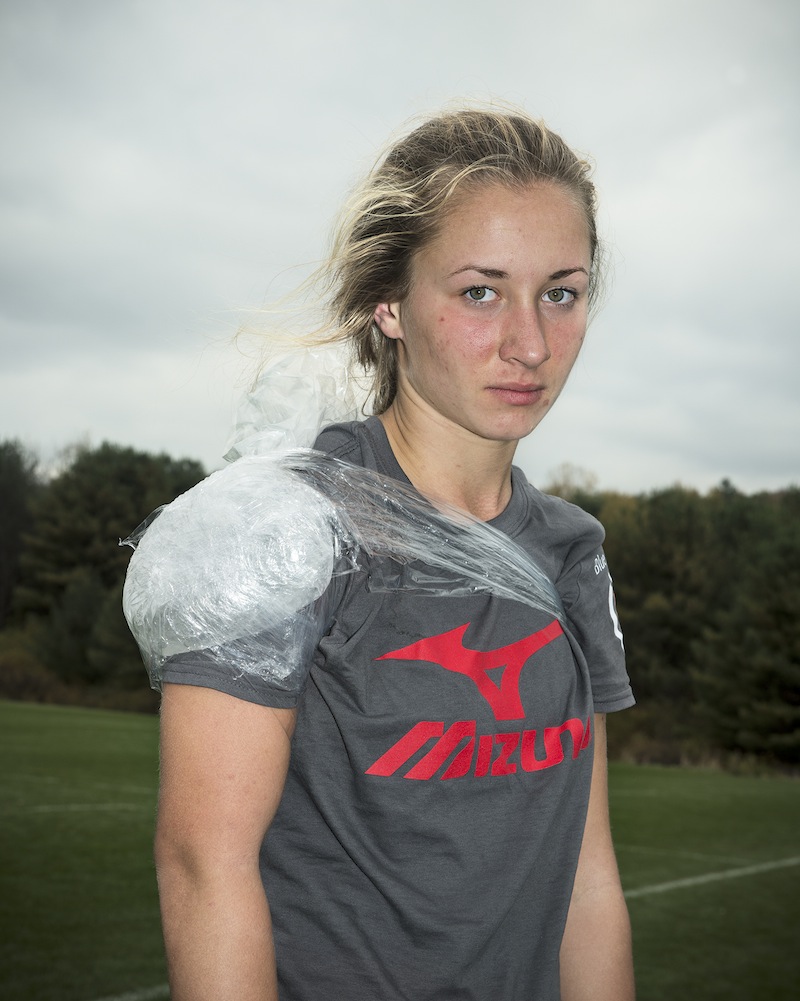 Who said that rugby is too tough for women? 26 year-old Spanish photographer Alejandra Carles-Tolra has recently completed a series about the women’s rugby team of the Brown University in Providence, USA.

Read on to find out what pushed Alejandra to make this body of work, and to hear her insight into how she approached her project.

Hello Alejandra, thank you for this interview. What are your main interests as a photographer?

Thank you for inviting me to talk about my work at Fotografia Magazine! I have always been fascinated with understanding how identities are created and shaped by our surroundings. That fascination took me from studying theatre to sociology, and eventually photography. Questions regarding what defines our identities, the role the surroundings and groups we’re part of play, and the threshold between individual and group identity drive and inform my work as an artist.

Why did you decide to make a project about the Brown University women’s rugby team?

After photographing the Reserve Officers’ Training Corps cadets for my series Fall In, I learned about the experiences of women who perform in a male-dominated field. I then became very interested in photographing other women with emergent identities who were also part of a group in a predominantly male field.

I had recently moved from Boston to Providence, when I found out about Brown University’s Women’s Rugby Club. I was immediately interested in learning more so I began doing research about the team, their history, the group identity and the sport. Finally, I decided to get in touch with the captain and managed to schedule a meeting with the coach, where I had the chance to introduce myself and my work, and explain my interest in photographing the athletes. Soon afterward, I began attending their weekly trainings and games, and photographing the girls on a regular basis.

What does the title mean? Is it the team’s name (or nickname)?

I decided to title the series The Bears to reference Brown University’s mascot, as well as the strength of the animal, which pays homage to the mental and physical strength of the players. Coincidentally, after Brown elevated the team from club to varsity level, I found out the team was in fact named The Bears.

Did you talk with the girls about their reasons to play such a tough sport?

What do the other students generally think of the women’s rugby team? Do they look up to them or maybe make fun of them?

Women who join the sport are commonly pictured to fit a masculine stereotype. Rugby has a complex identity that is often simplified, and hence the identity of those who play it, especially women, is often also simplified. Through my portraits, I aim to bring a broader understanding of their identities, and what it means to be a woman who plays a male-dominated sport such as rugby.

The work mainly includes two type of photographs: the individual portraits of the girls standing against a black background, and photos of their faces squeezed between their teammates. Can you elaborate about why did you choose to emphasize these two representations?

The portraits aim to shine light on the individual identities. Like characters in a play, they’re isolated from the group to invite the viewer to examine them individually. Whereas the photographs in the field highlight the performance these individuals partake in as a part of the group. In other words, I am interested in depicting them individually and also as part of the group, that becomes one. Additionally, I’m interested in enhancing the dualities that define both the sport and the athletes: violence and grace, weakness and strength, masculine and feminine.

Empathy with your subjects, will and eagerness to learn, capability to be surprised and to accept criticism.

Photography is more open-ended than people think. It can be as intriguing as a mystery, as playful as a game, as engaging as a movie, as telling as a book, and as surprising as a gift. I encourage people to approach photography in the same manner as you do with a treasure hunt. Keep looking until you find a clue, and then you’ll start seeing!

A more open dialogue between photographers, editors, gallerists, curators and everyone who centers their career around photography.

Teaching. I also love music, travelling and discovering new cultures and perspectives. For those reasons I love cinema and literature too. I’ve recently picked up badminton and making homemade bread.