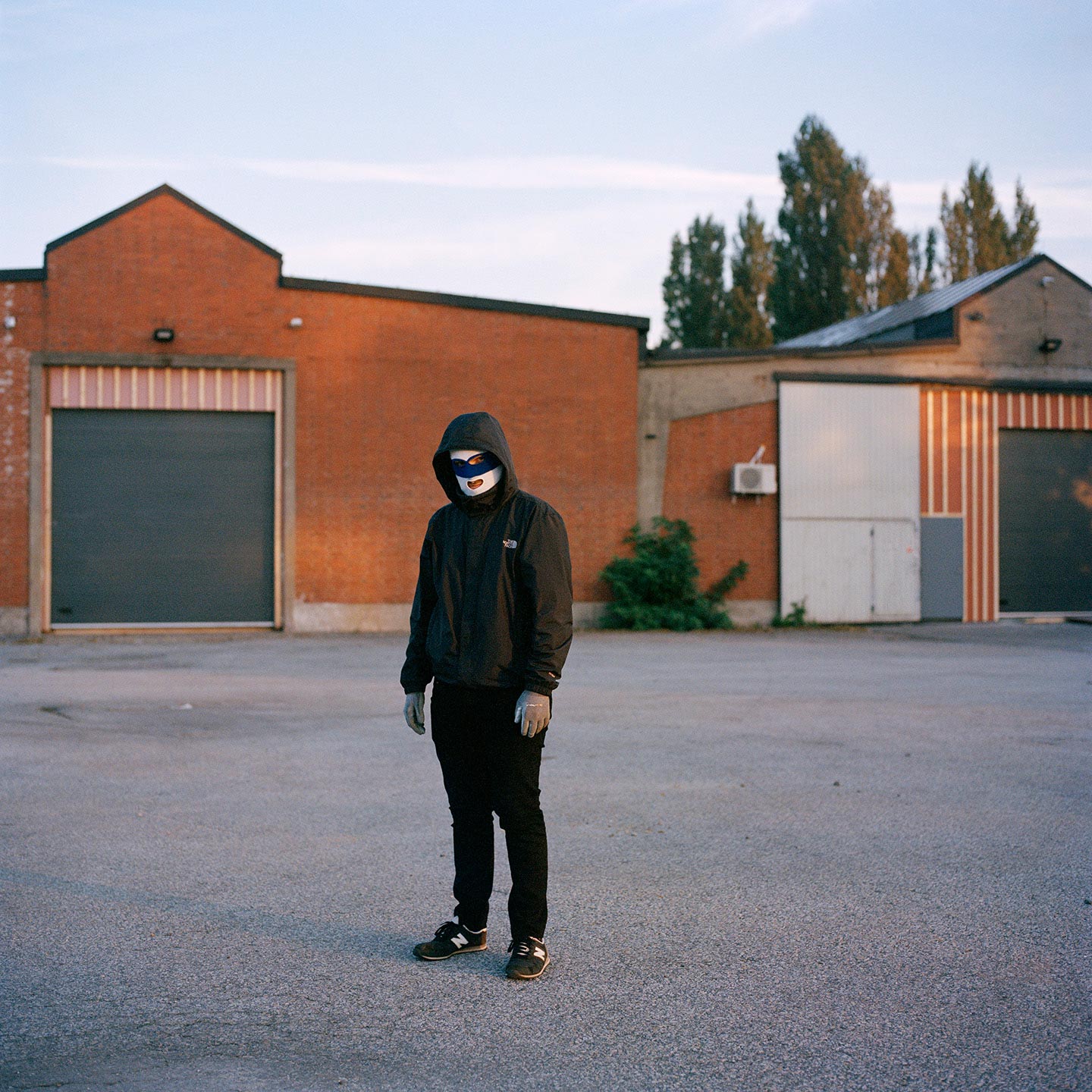 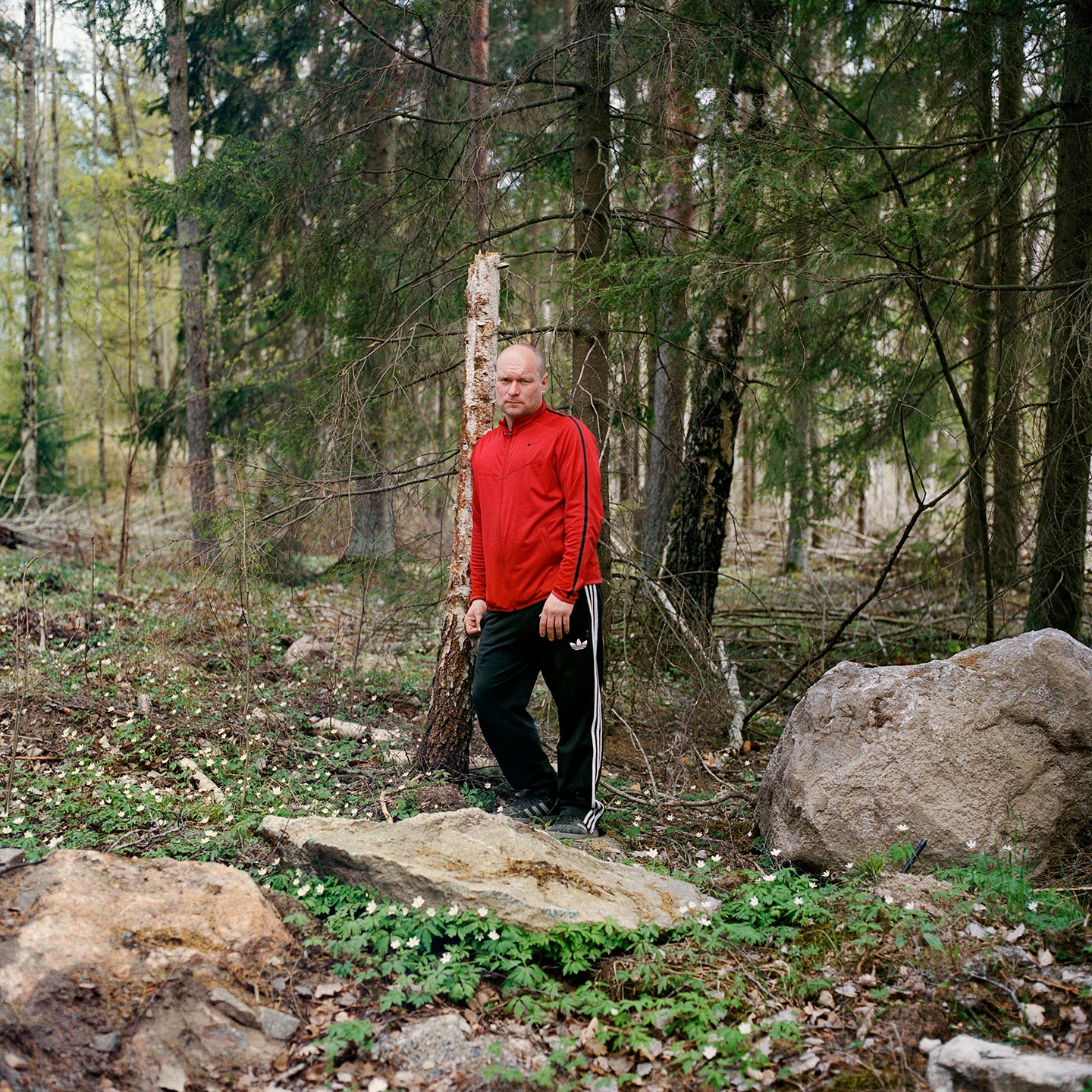 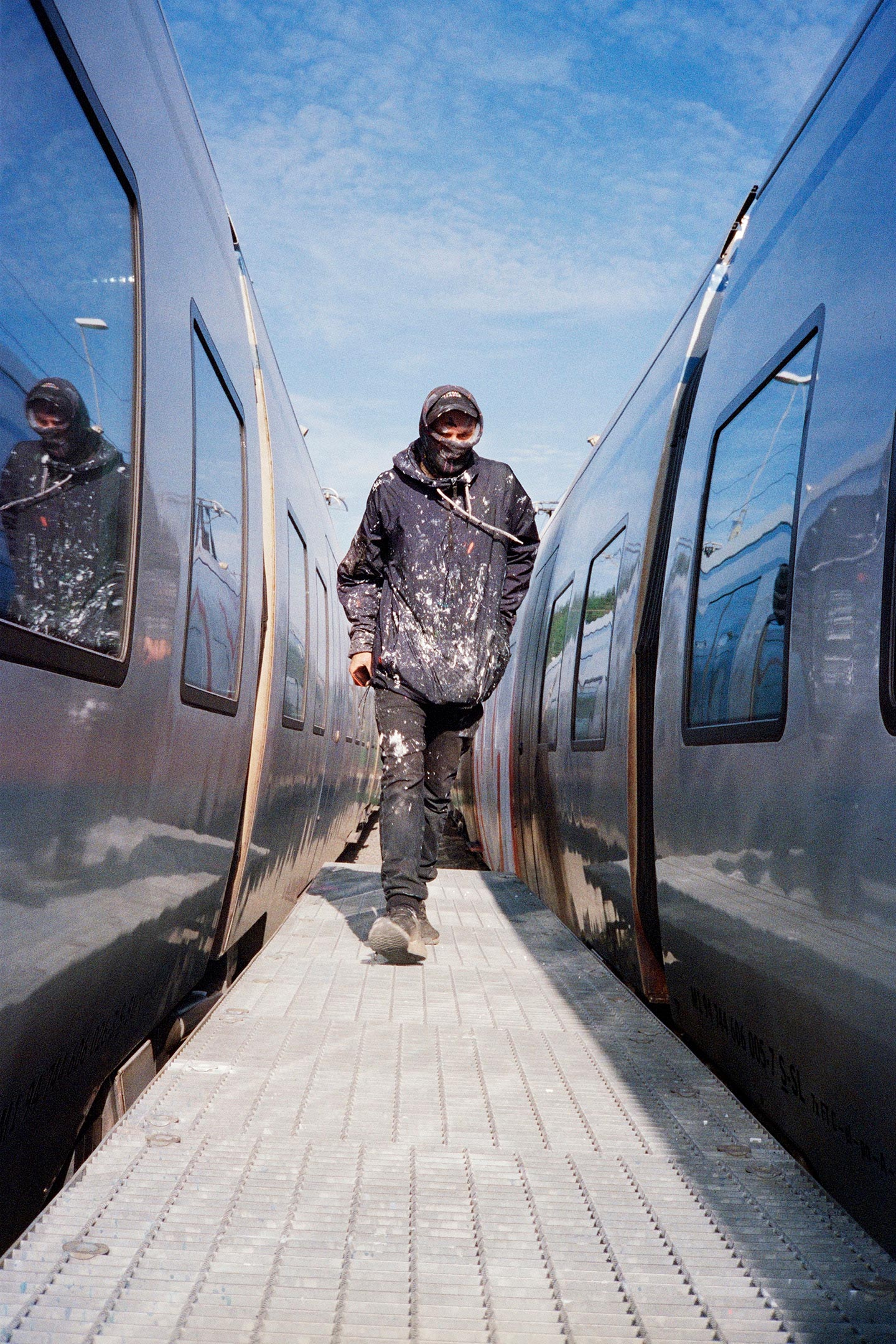 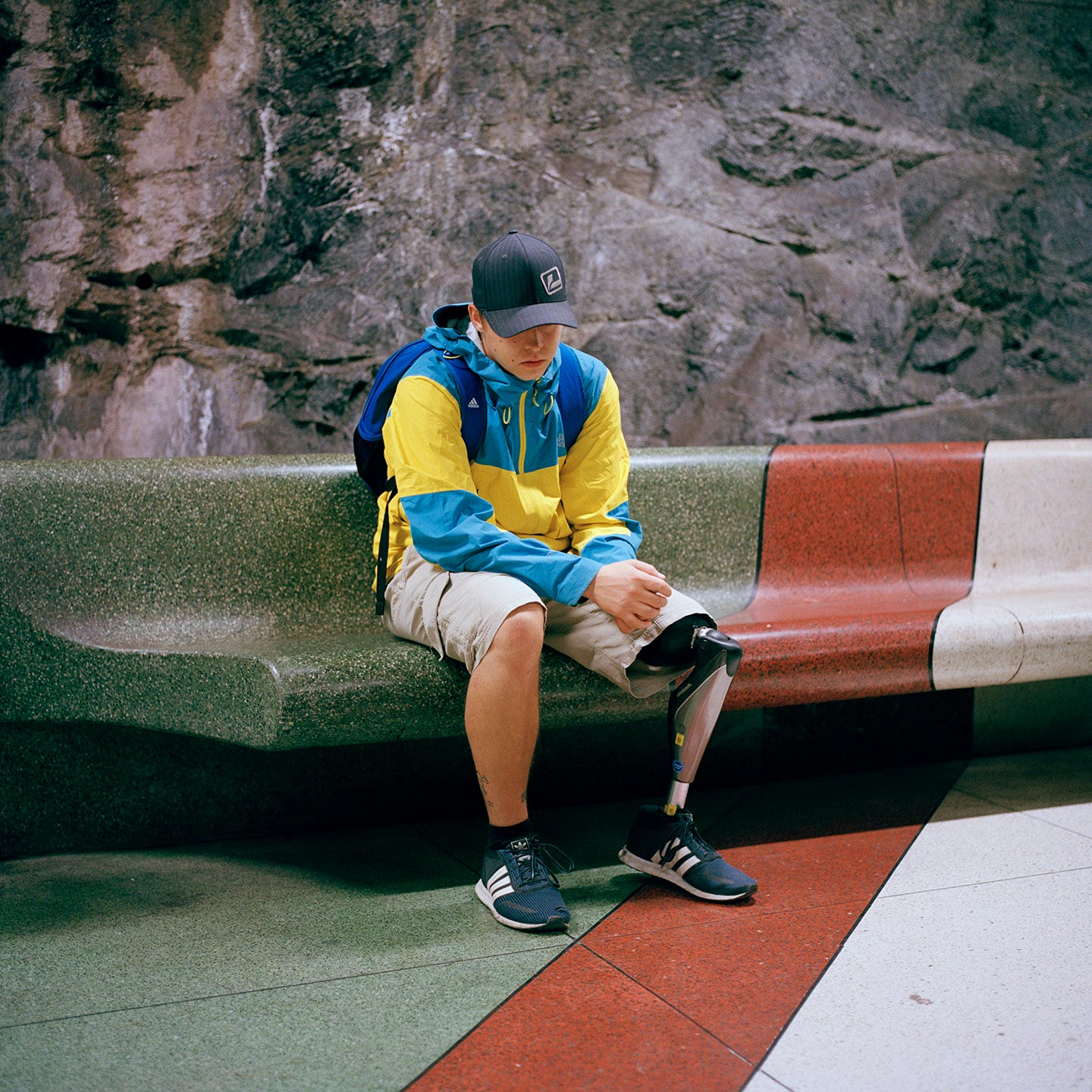 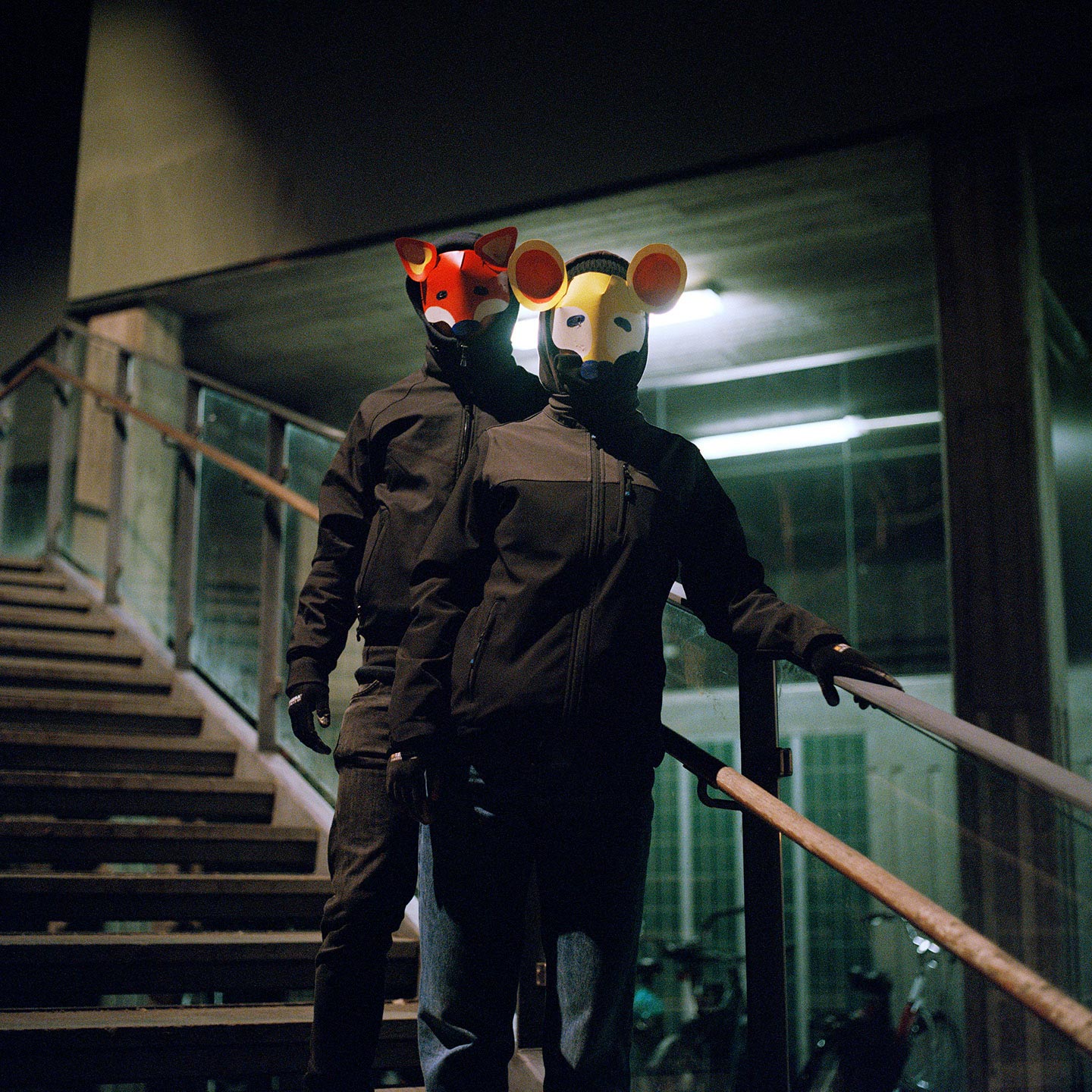 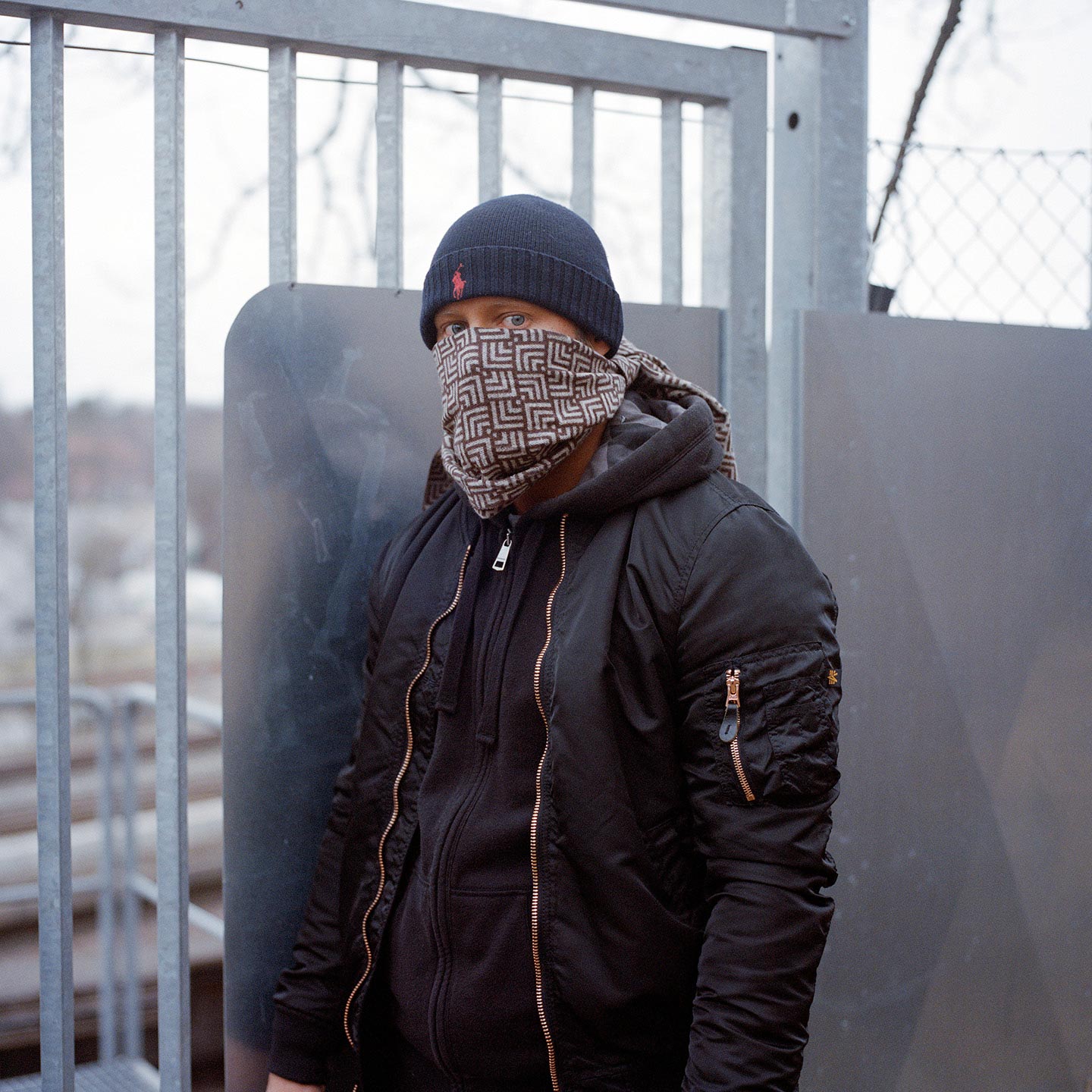 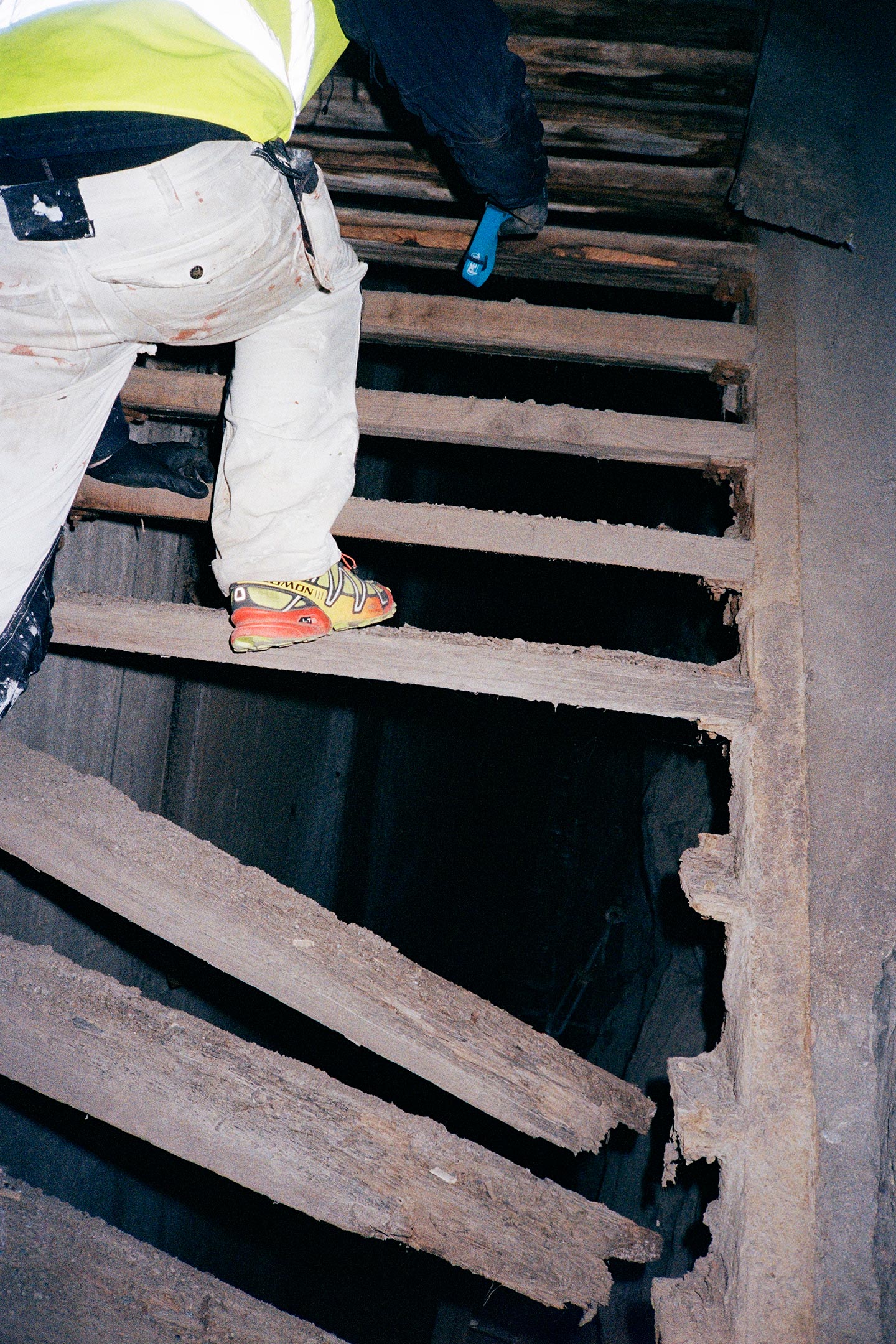 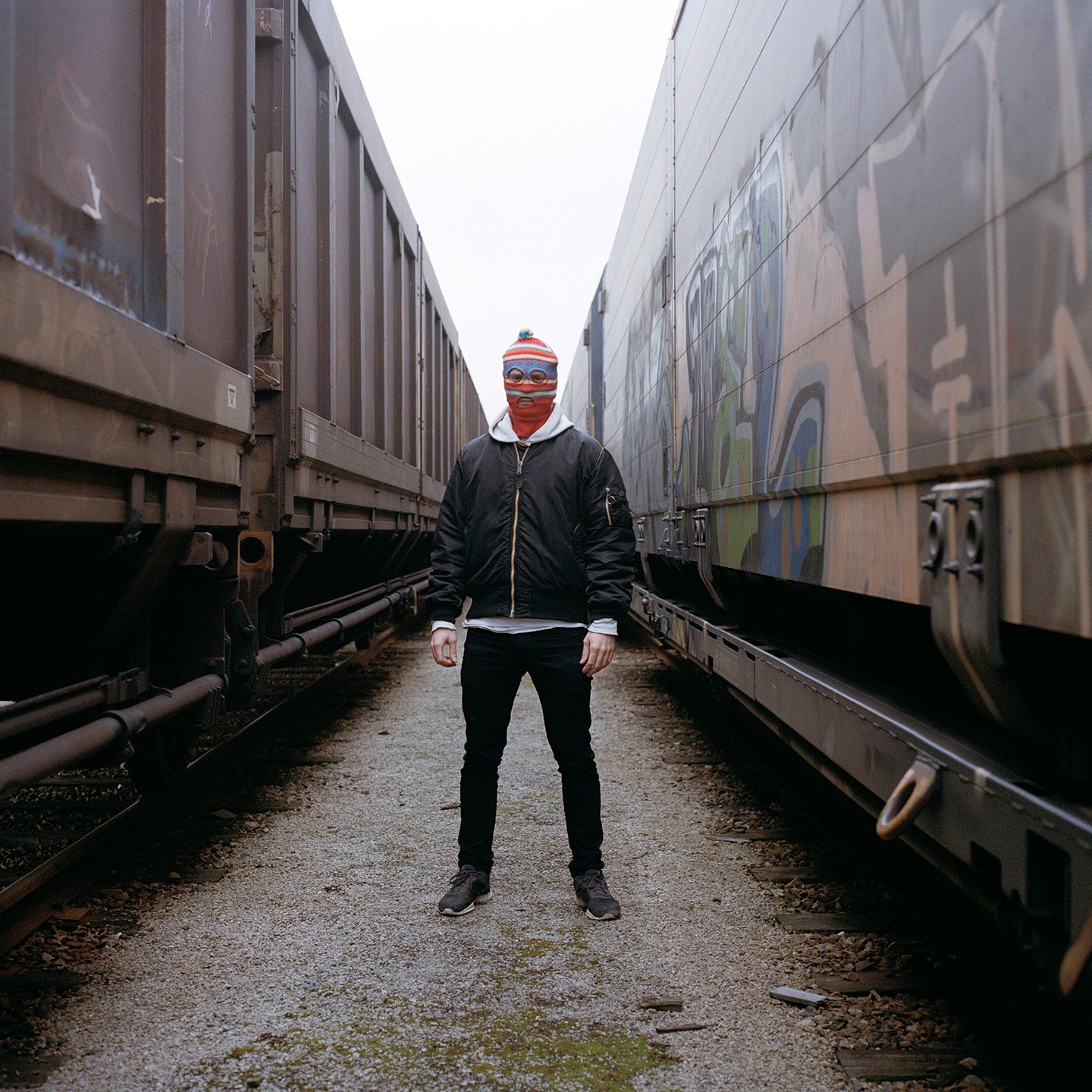 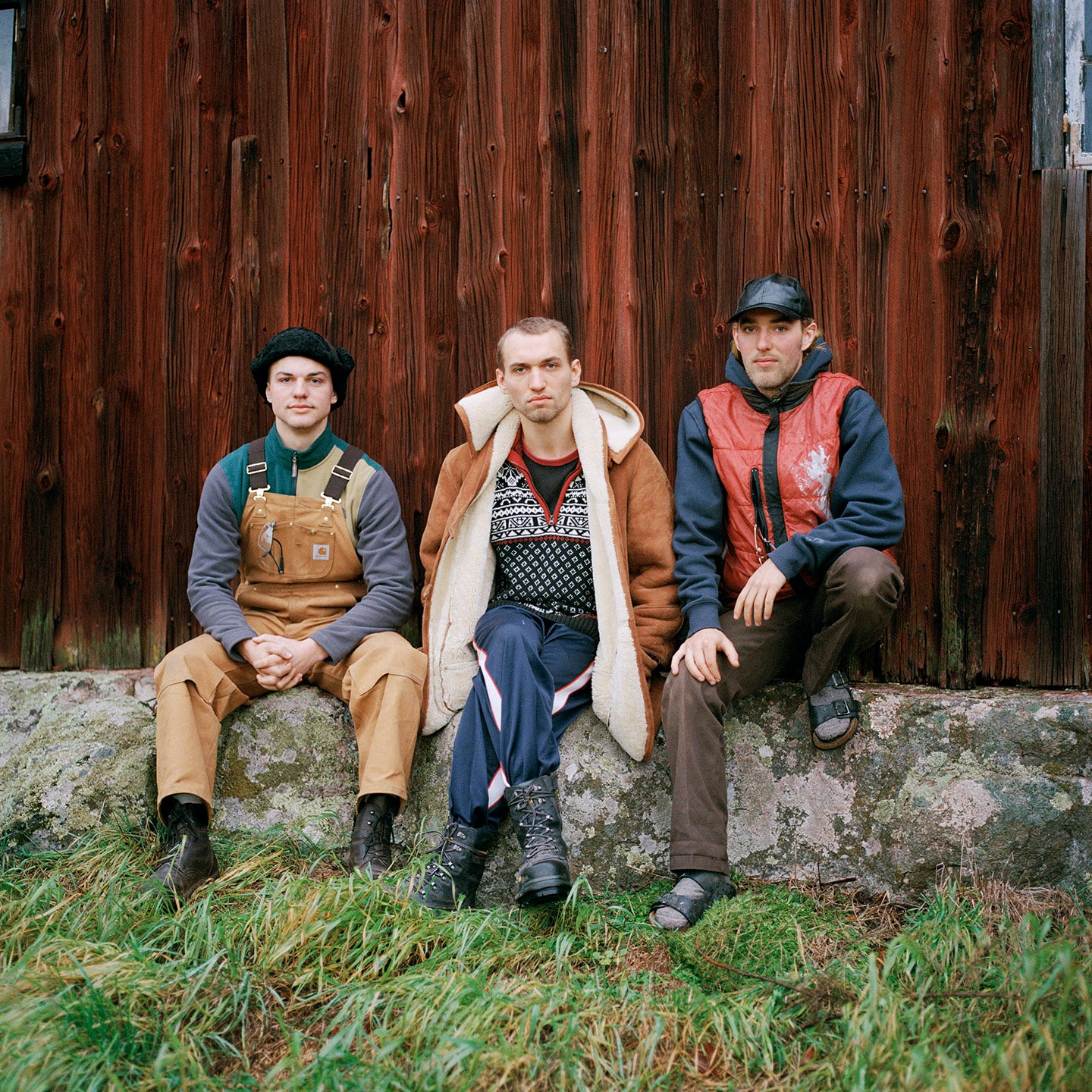 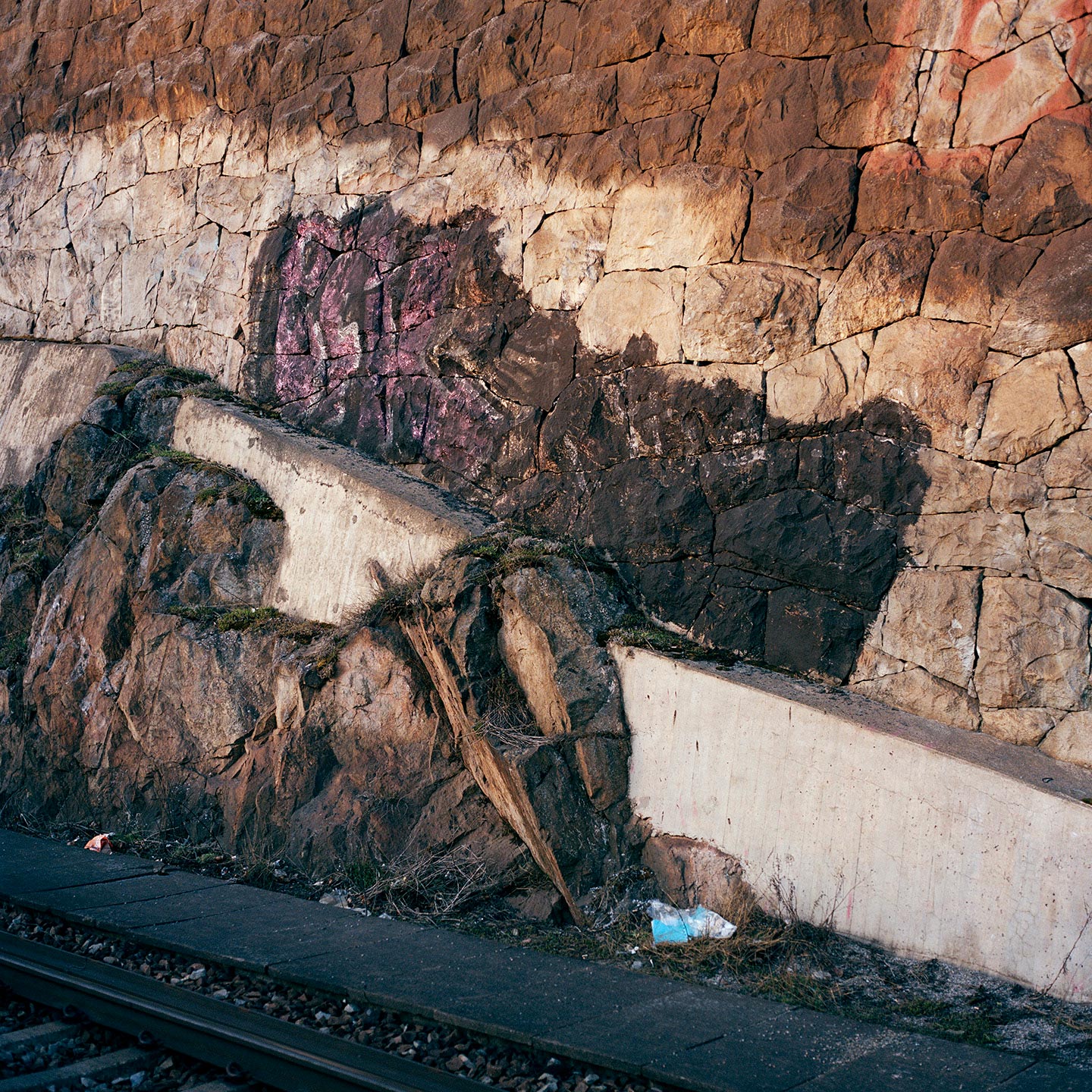 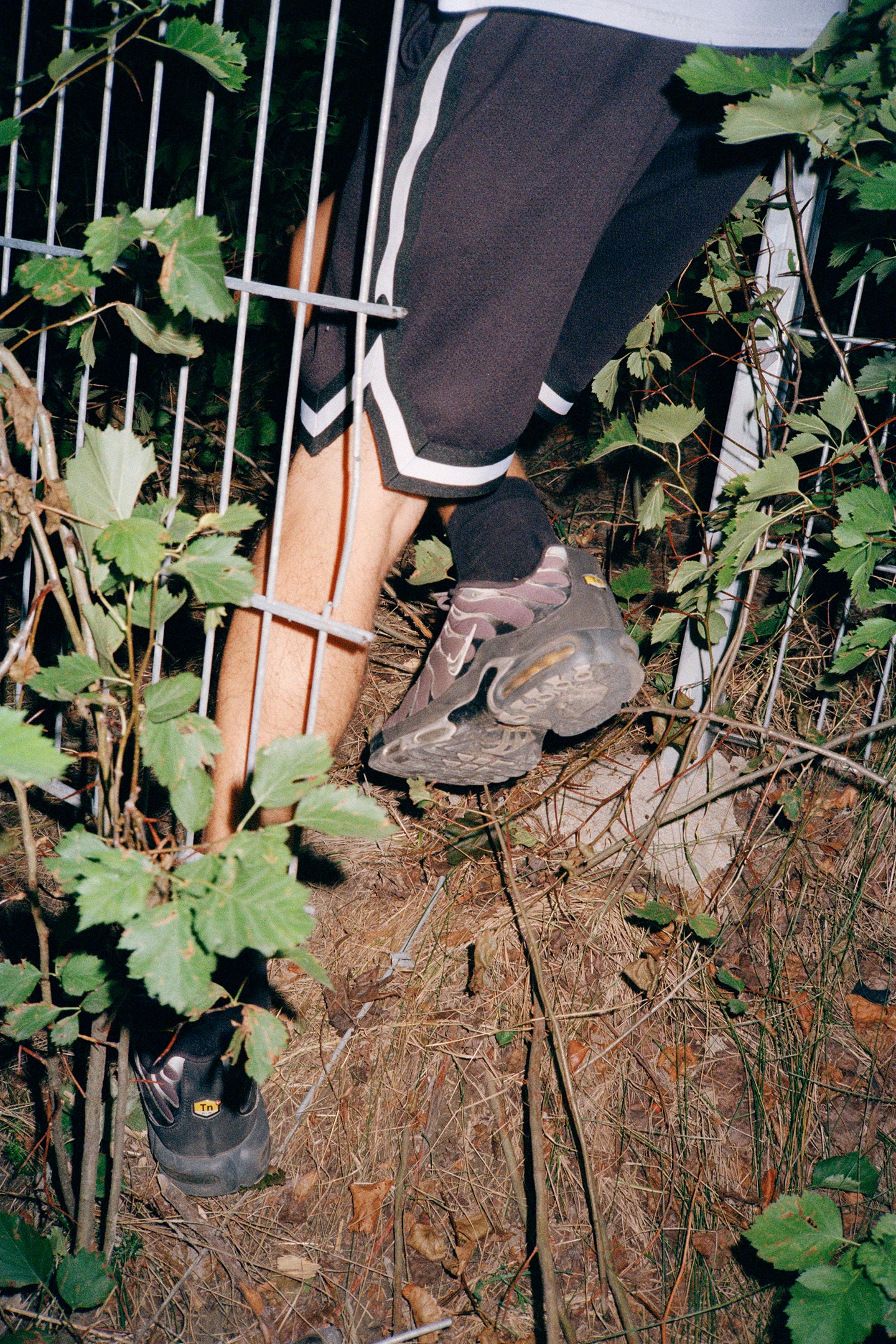 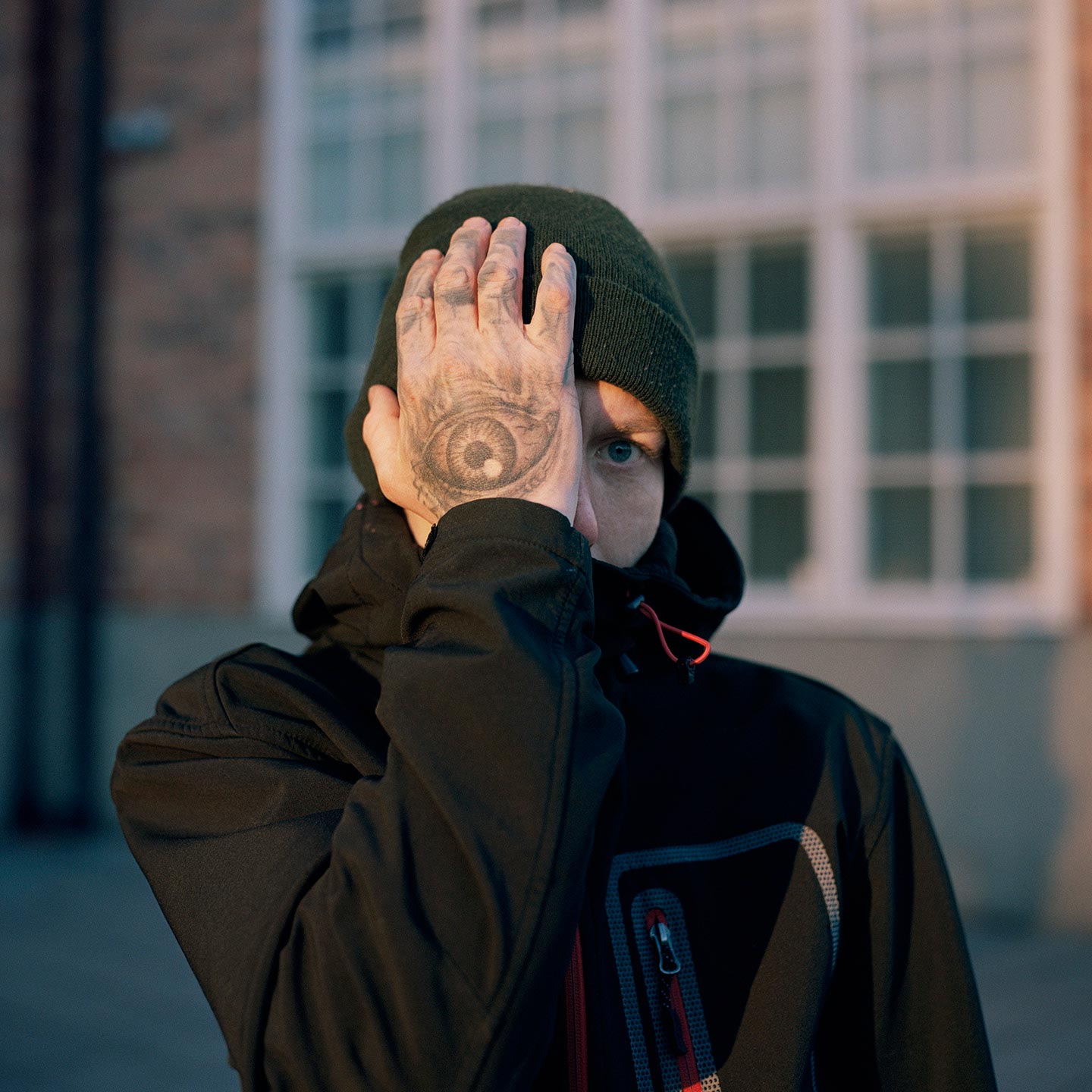 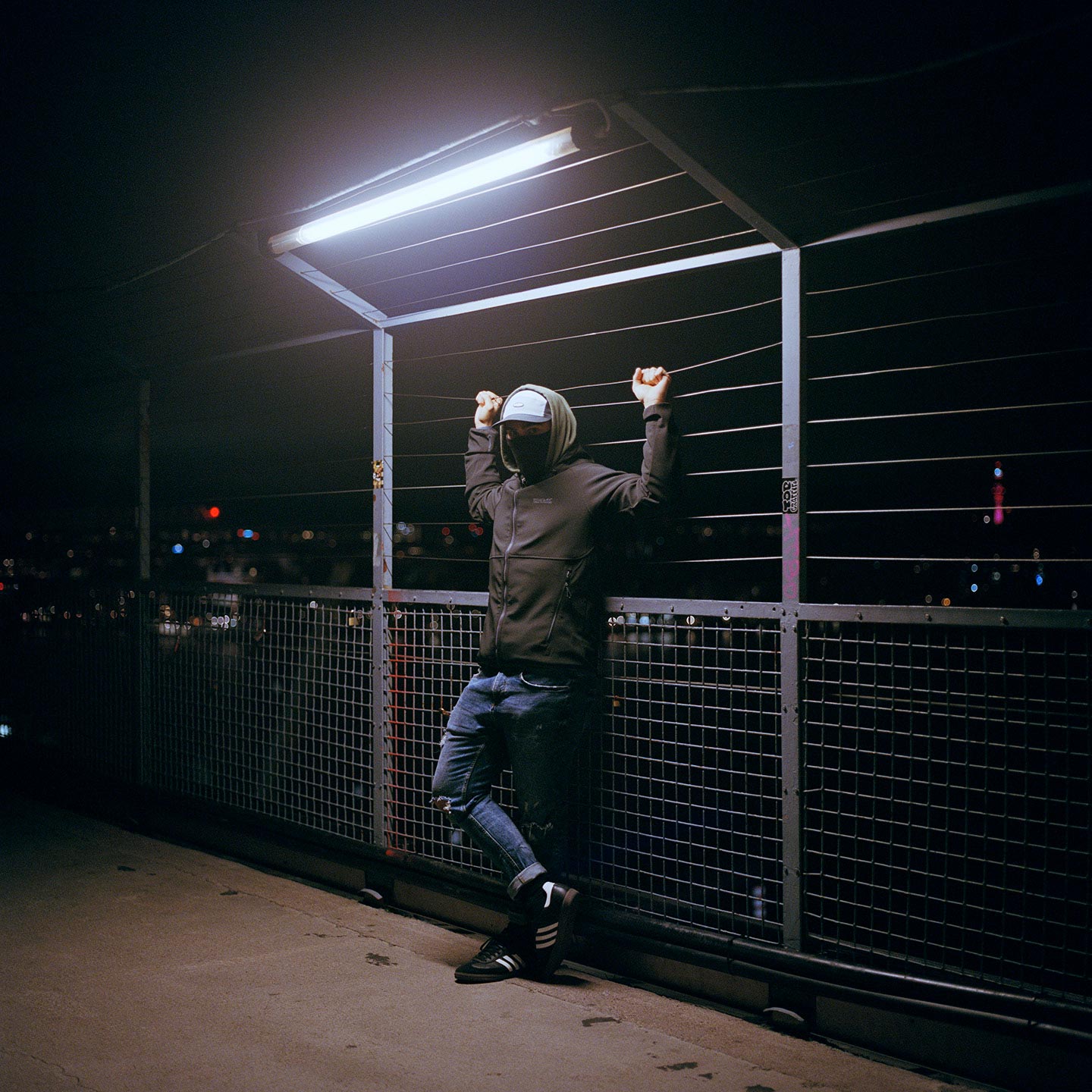 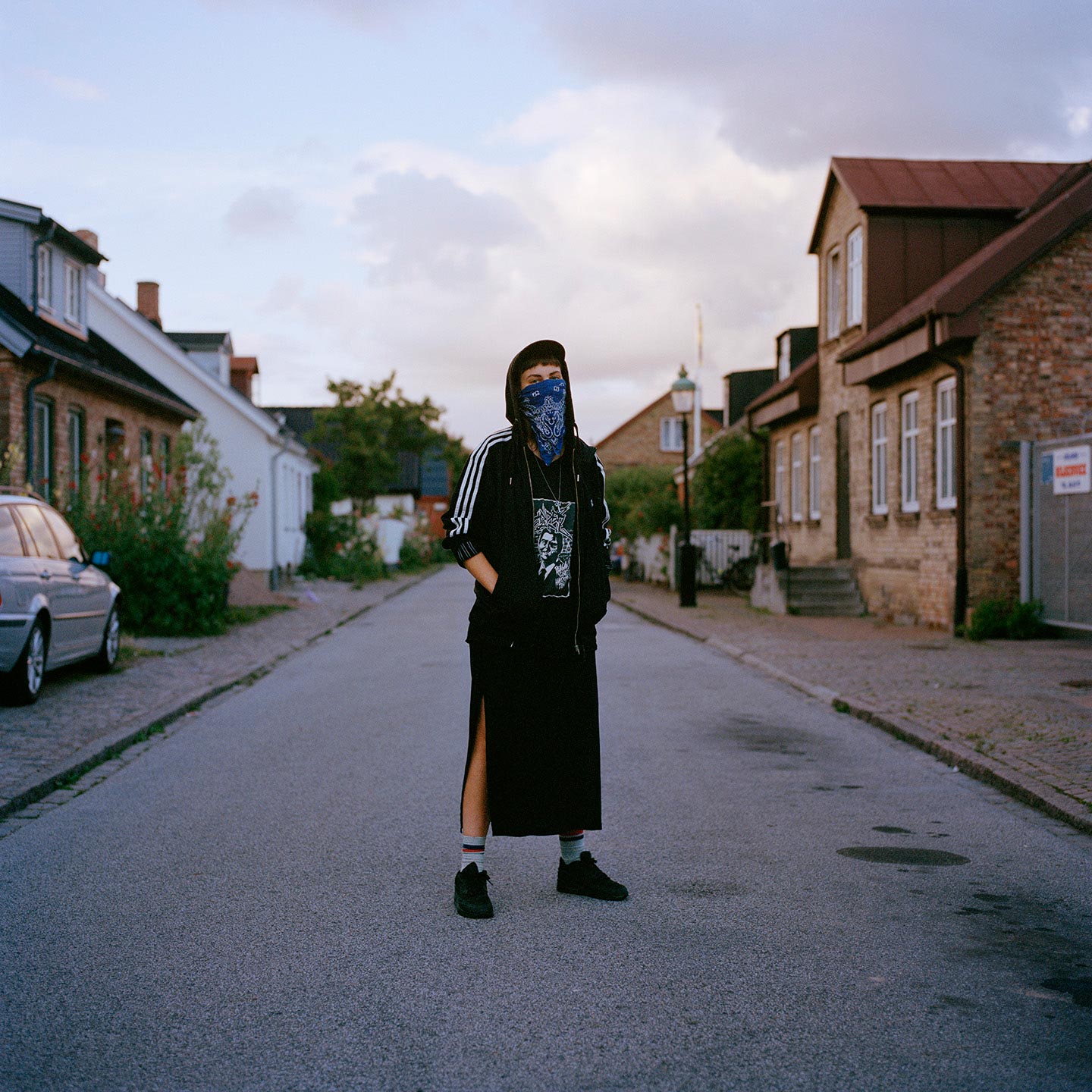 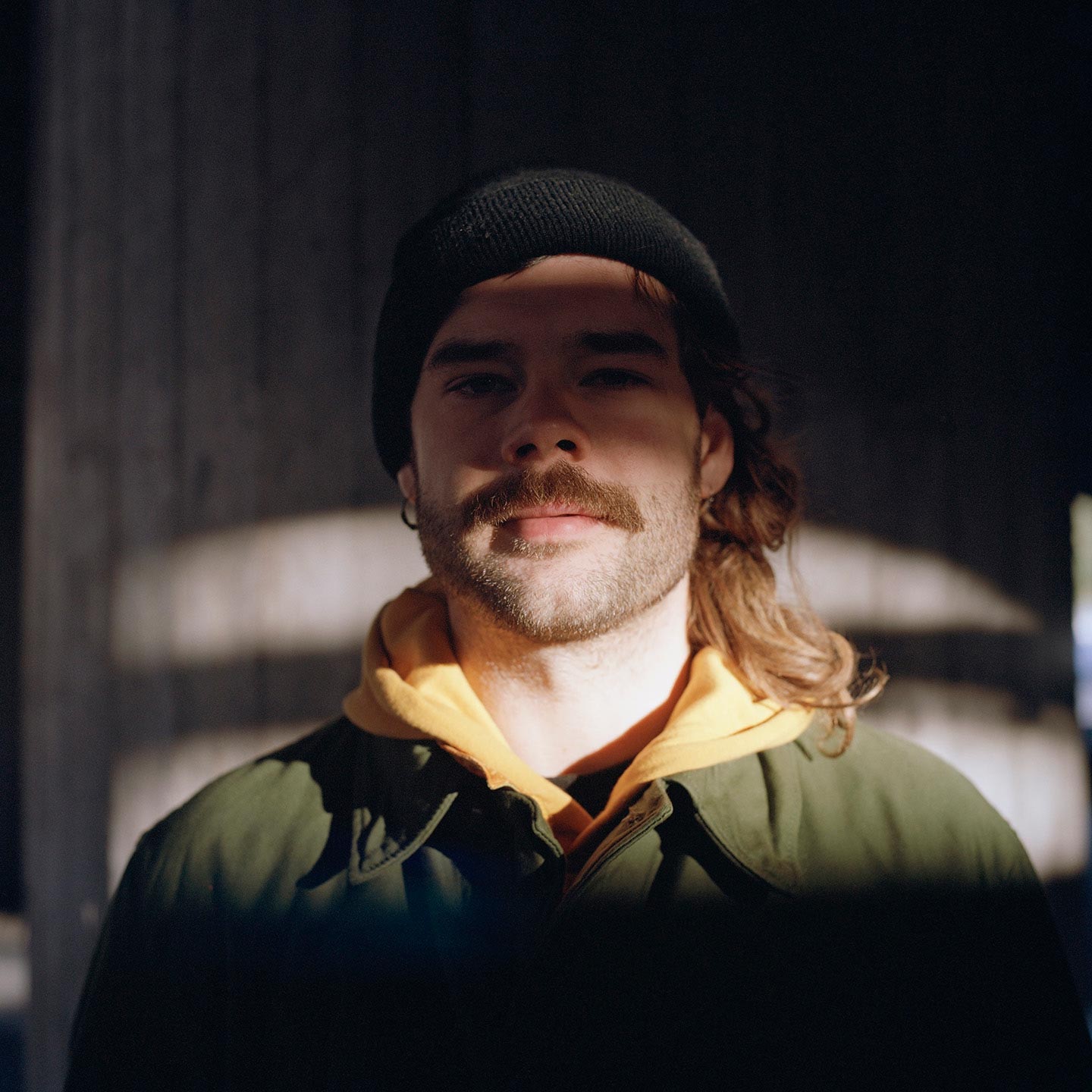 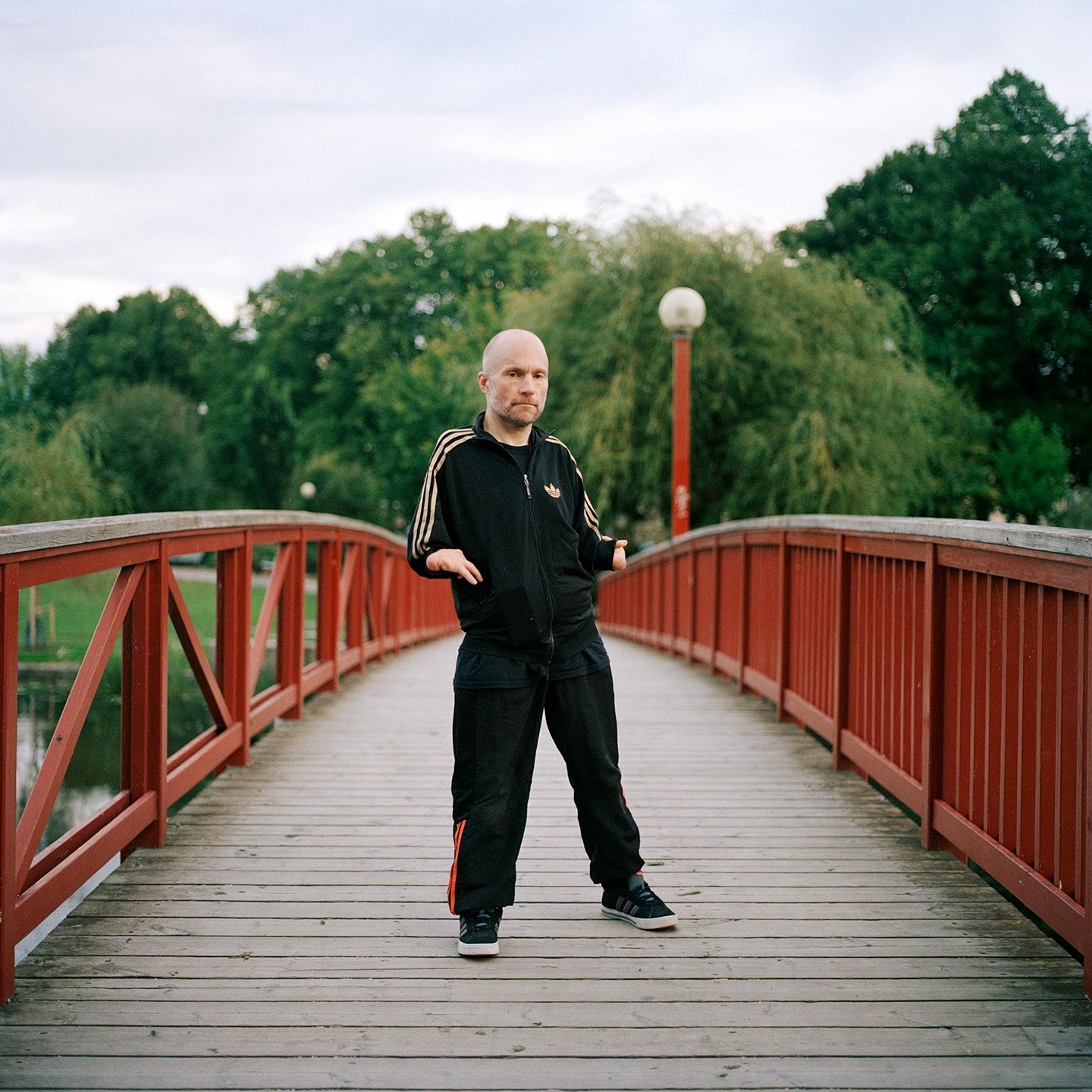 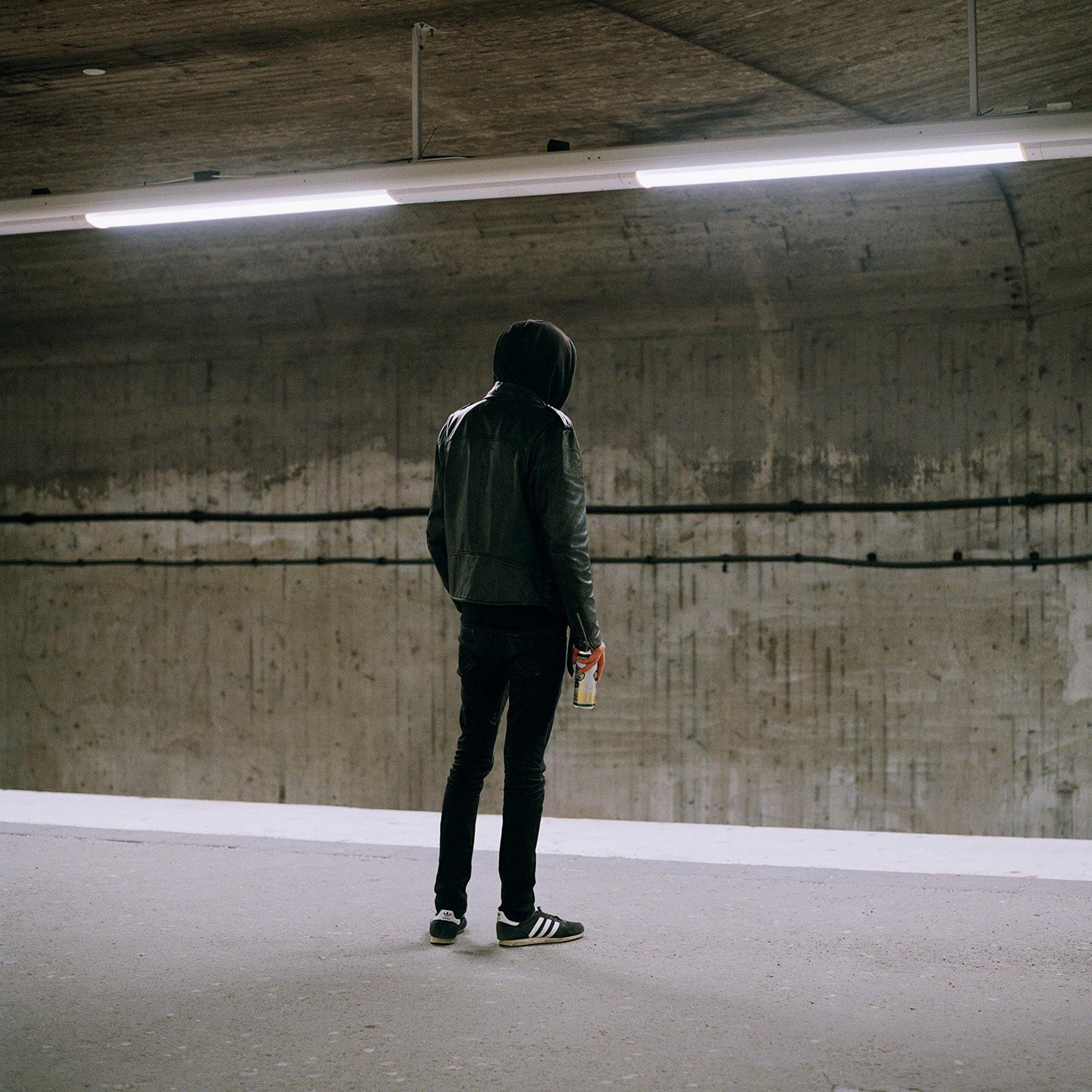 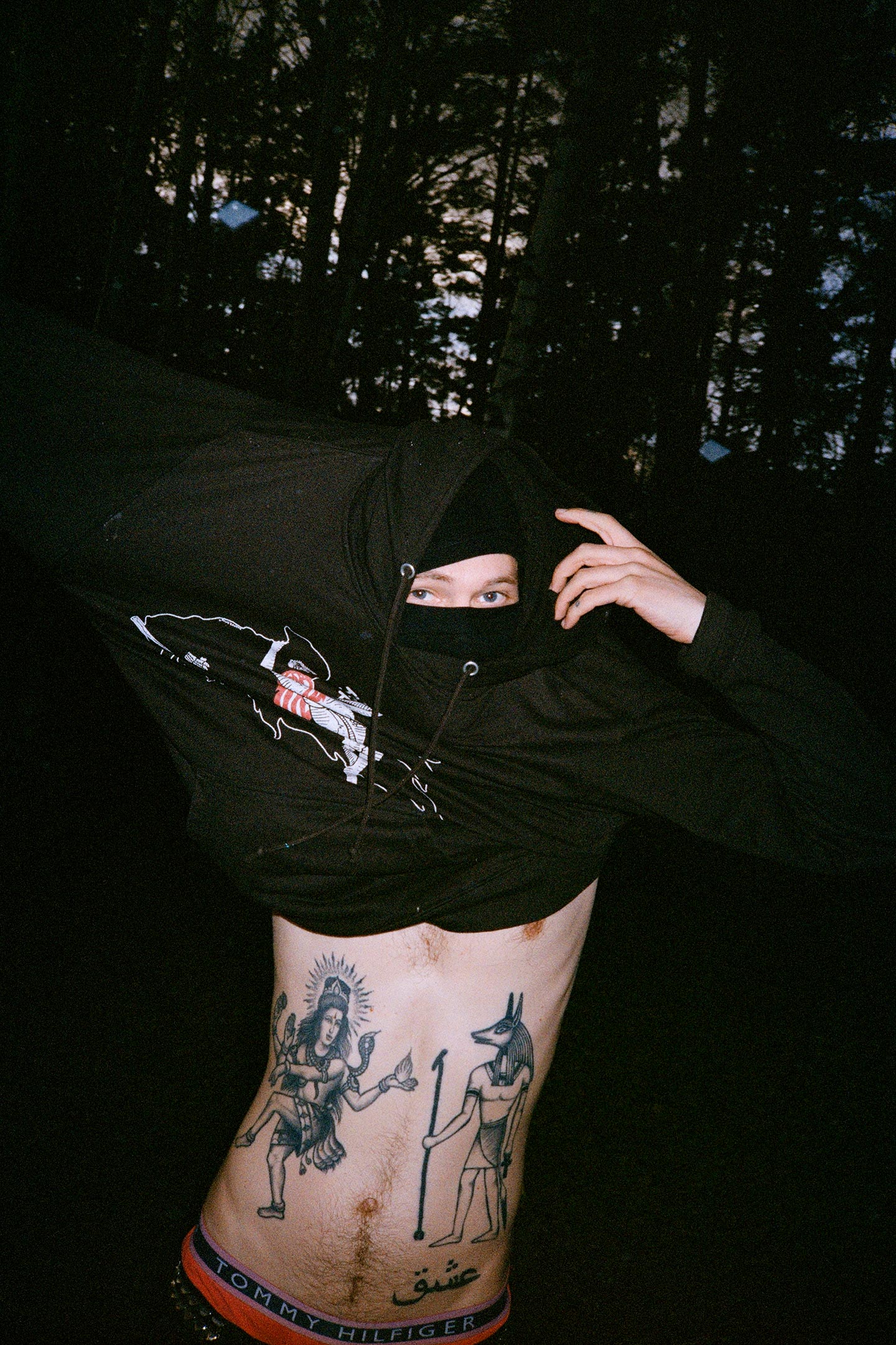 Personalia by 31 year-old Finnish photographer Janne Riikonen is a series of portraits (also available as a photobook—buy your copy) of “some of the most active and famed graffiti writers of Sweden. The book also shows some glimpses into the graffiti lifestyle, as well as surfaces from which graffiti have been removed. The idea was to give an honest view on the people involved in the graffiti subculture” Janne says.

He started working on the project in February 2015: “At this time I was a first year MA student. I was going through a phase when my interest started to drift away from daily photojournalism into more deep and investigative visual storytelling. I also stopped thinking about what kind of topics I should cover, and instead focus on what I actually want to cover. Back in the early 2000s I knew some graffiti writers in my hometown Turku, in Finland. I hung out with them for a while and learned that all of their inspiration came from Sweden. When I moved to Sweden to study, I remembered about their words; after doing some research I found out the graffiti scene was still booming there and I thought it would be an interesting story to explore with my photography. I find graffiti culture fascinating: it’s an act against the society’s norms, which I think is ultimately the only reason why it’s so frowed upon considering the fact that, after all, graffiti is nothing but paint on a surface.”

“Coming from outside the graffiti culture as a foreigner, it definitely was not an easy task to photograph the writers” Janne recalls. “It was very hard to break into the scene. It all started with a guy in my school who did graffiti—I made my first portraits with him. Then I bumped into some other writers at an event and took their photos too. These people told their friends about me and I slowly got to meet more and more writers from all over Sweden. I also started following them on their painting missions, which helped me gain their trust. After the first two years, interacting with and photographing the writers had become significantly easier. I even started to get people to participate unmasked, which was crucial for the project to be successful. Documenting their spraying missions and the graffiti lifestyle in general was extremely exciting. I learned a lot about the culture and how deep the passion of these people is rooted—how they are willing to take the risk of getting caught, having to pay big fines and even getting injured for painting their name. I spent countless days and nights out with writers, sneaking around rail yards and tracksides, inhaling the spray fumes while trying to making some shots. And I as well got the adrenaline kick, which is why many of the painters do graffiti.”

Janne finished the project in December 2018. “During the four years of shooting I made portraits with over 100 graffiti writers and got to meet hundreds more. As in any culture, some people are more willing to participate and be seen, but the aim was to find the most dedicated and hardcore writers, and those generally never want to be seen, even less so be photographed. This is why the project took so many years to complete. One thing is sure: working on it never got boring.”

Photographically, Janne’s main goal was to approach the story differently from previous projects done about graffiti: “Graffiti photography tends to be quite homogenous. Usually, the focus is on the action of painting and the adrenaline-filled missions, and the writers are often portrayed posing besides trains, full of boasting macho attitude. I wanted to make very calm and still portraits in locations away from the obvious graffiti spots, yet somehow related to the mysterious aura that surrounds the culture. I wanted to show who these people really are—a huge challenge when not everyone was willing to reveal, or fully reveal, their faces. Then again, there are other factors like body language, clothing or just the gaze in their eyes which are very important. I tried to form a connection with my subjects, so that viewers could sort of have a private moment with these people they have never had a chance to meet before. In fewer words, I wanted to do something new. This is also why I did not make any photographs of graffiti. Everybody knows what graffiti look like, and there are millions of photographs of graffiti online. To be honest, I find the paintings themselves rather uninteresting, but everything that goes beyond the paintings, such as the writers’ ambition, their skills planning the missions, and their dedication to their art, is very fascinating and inspiring.”

A key reference for Janne while working on Personalia was Danila Tkachenko’s Escape, a series of photographs that documents individuals who have chosen to isolate themselves from society and live in solitude in the woods of Russia and Ukraine. “I’m very inspired by well-formed conceptual projects. By approach and method, Escape is fairly similar to my project and I believe our challenges have also been very similar: how to find the subjects, win their trust and get to photograph them. Thematically, Norman Behrendt’s Burning Down the House is a closer reference. Behrendt’s book was published shortly after I had started to work on Personalia. It became a hit and I could not find it anywhere, so in July 2016 I traveled to Berlin to meet Behrendt and got to see the book. The project presents graffiti writers from Berlin in a somewhat similar way to what my idea was. Seeing the work made me realize how crucial it was for me to get people to show their faces.”

Ideally, Janne wishes viewers looked at Personalia “as any other photobook. Graffiti is such a controversial topic that many dislike the project simply because of what it is about. This is partly why the word ‘graffiti’ is not mentioned anywhere in the book: if someone picks the book up at a bookstore without any prior knowledge, they would have to figure out what it is about. I hope people look at the work with an open mind and learn something about the subculture. I also hope they appreciate the design of the book: the presentation is coherent with my idea of distancing the work from previous graffiti projects, and instead making the book an elegant art object. I think my designers doing a great job with Personalia.”

As a photographer, Janne is interested in “observing current trends and phenomena in society.” He started out as a photojournalist, working mainly for Finnish newspapers. “At that time I looked up to famous photojournalists, and that inevitably still influences my work. Documentary films had a big impact on my photography as they directed me towards a project-based practice; when I did, I started to admire photographers like Lars Tunbjörk, Kent Klich and Andres Serrano.” Some of his favorite contemporary photographers are Maija Tammi and Max Pinckers. The last photobook he bought was Anthrosols by Aukusti Heinonen, and the next he’d like to buy are Yolanda Archive by Toni Vallasjoki and Omatandangole by Aapo Huhta.