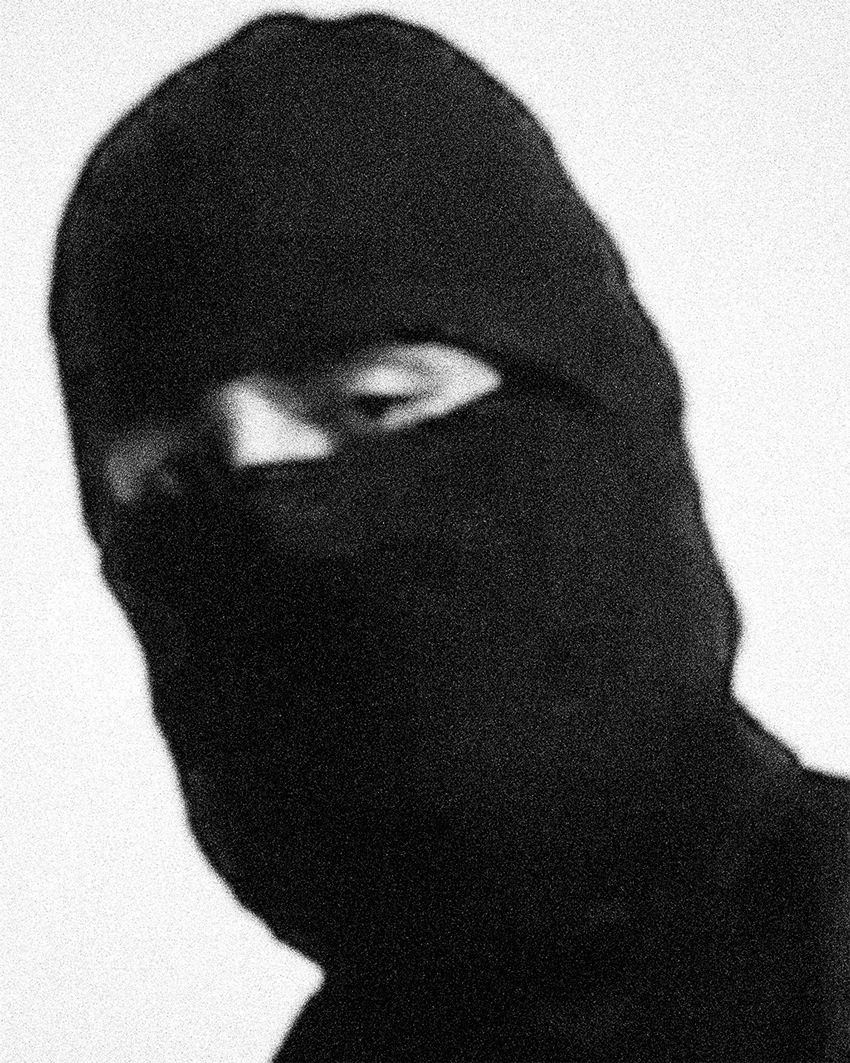 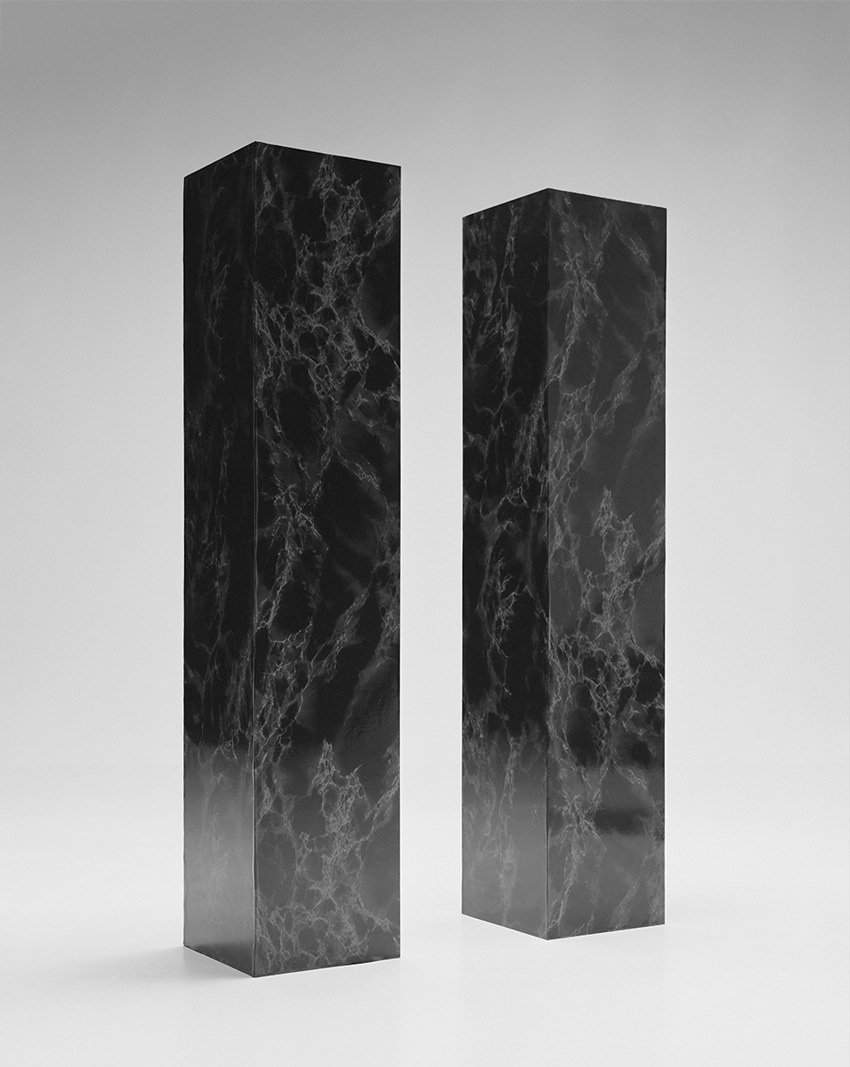 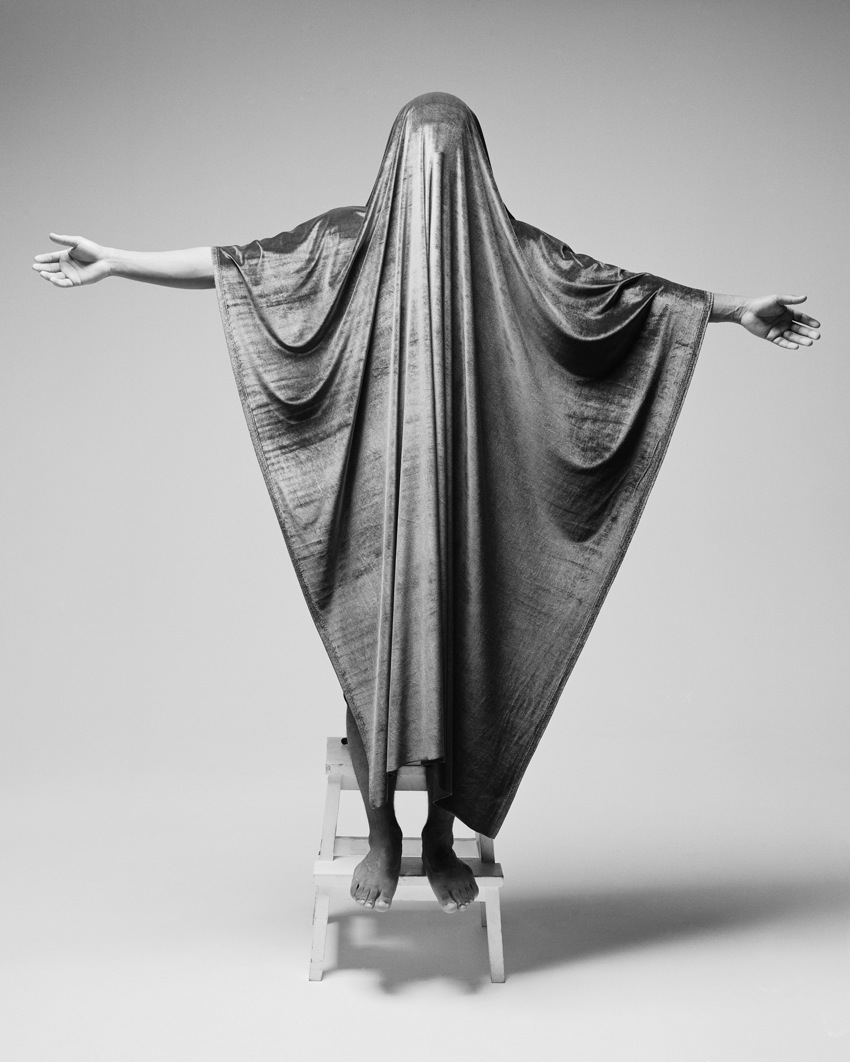 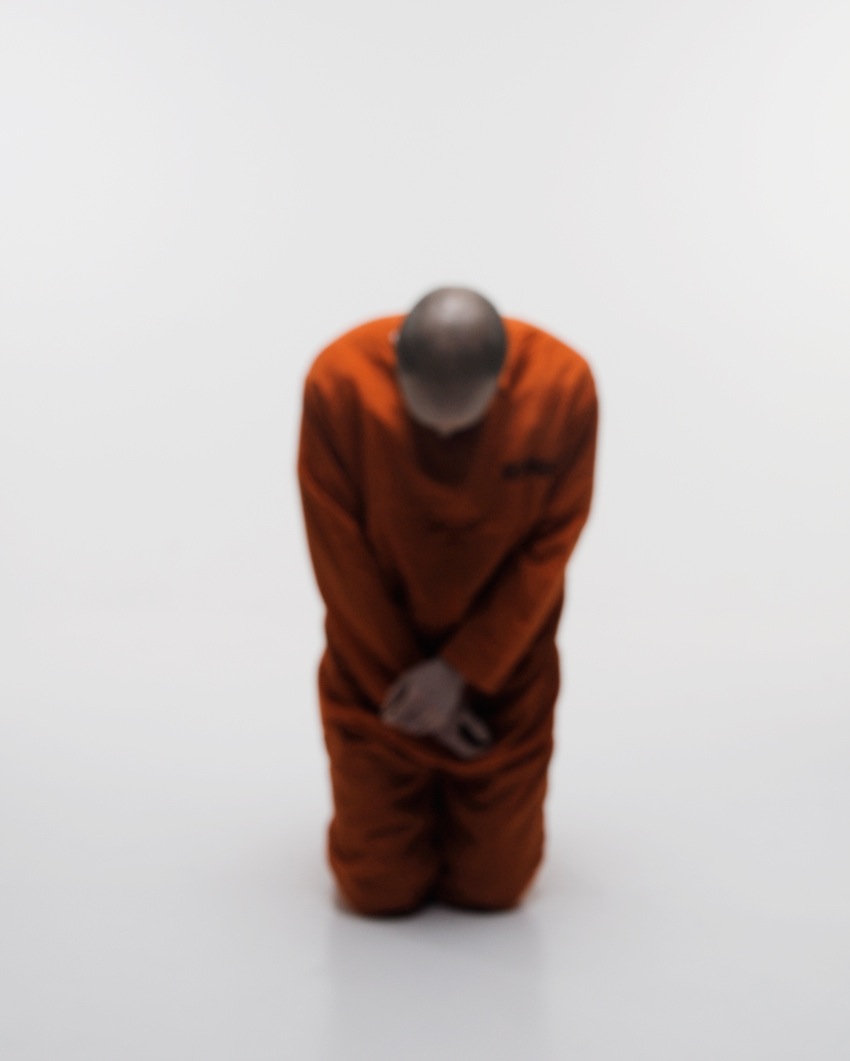 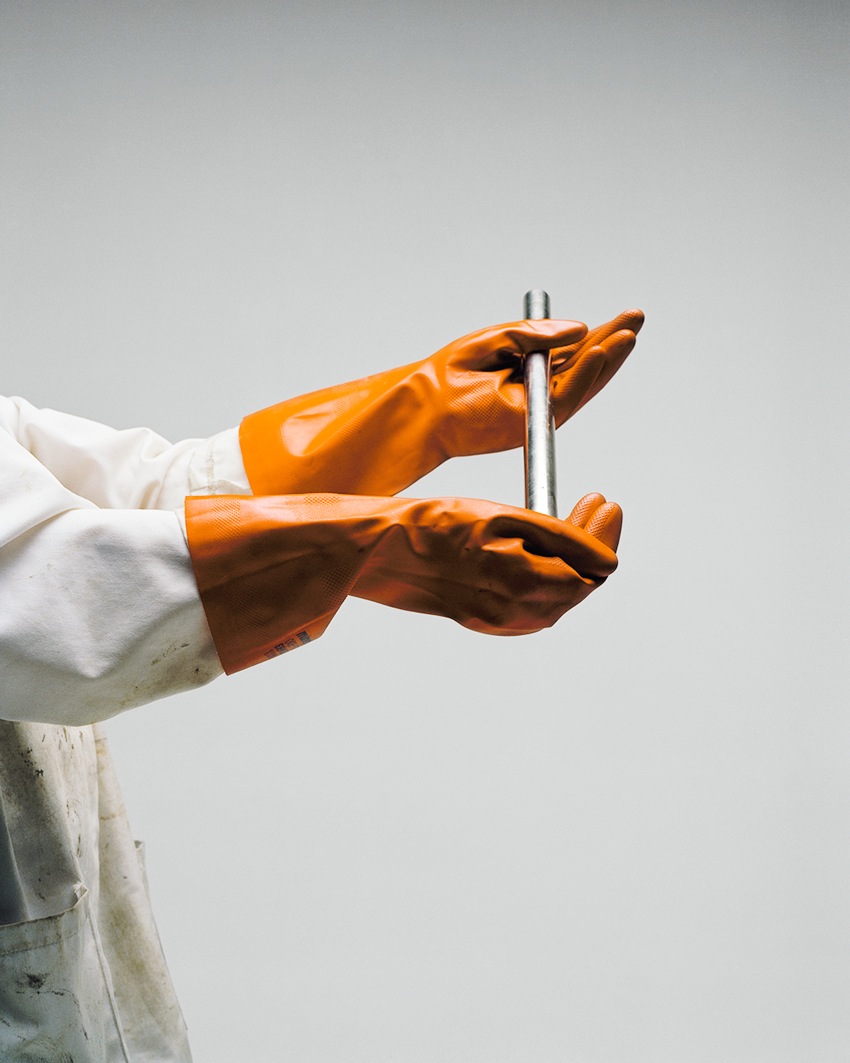 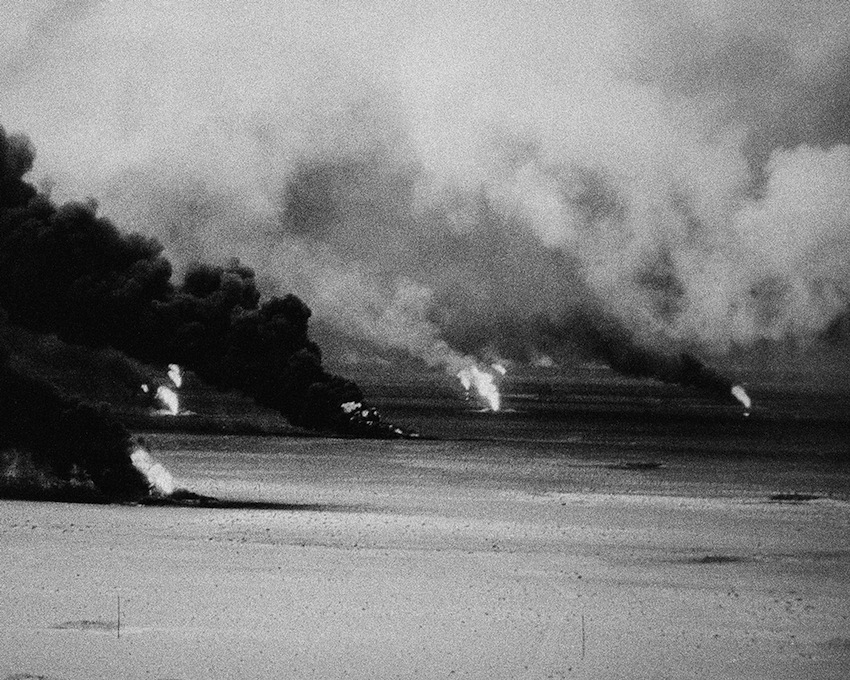 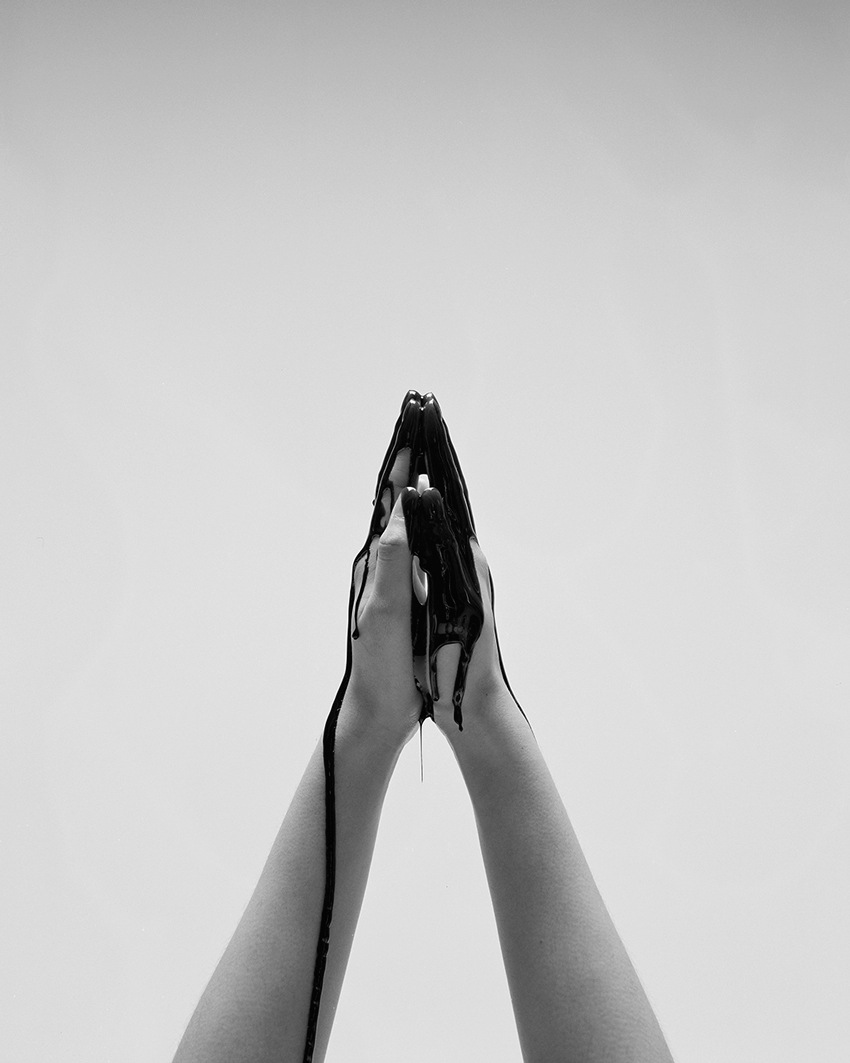 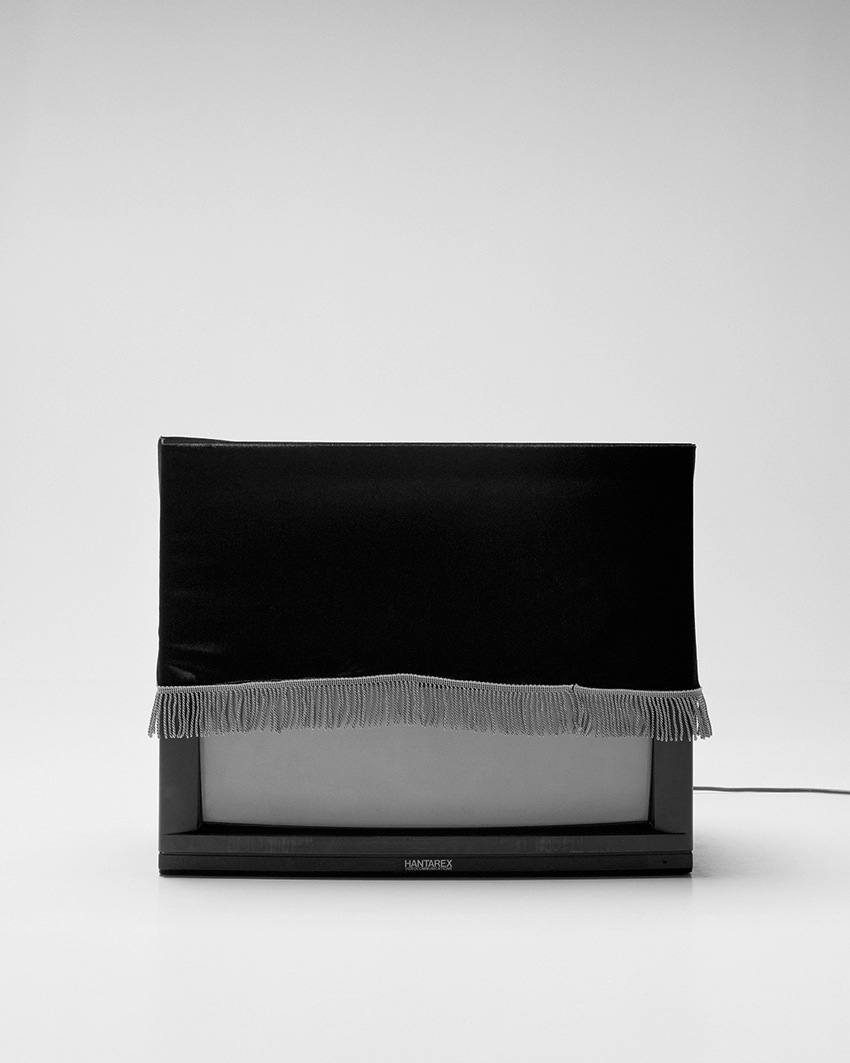 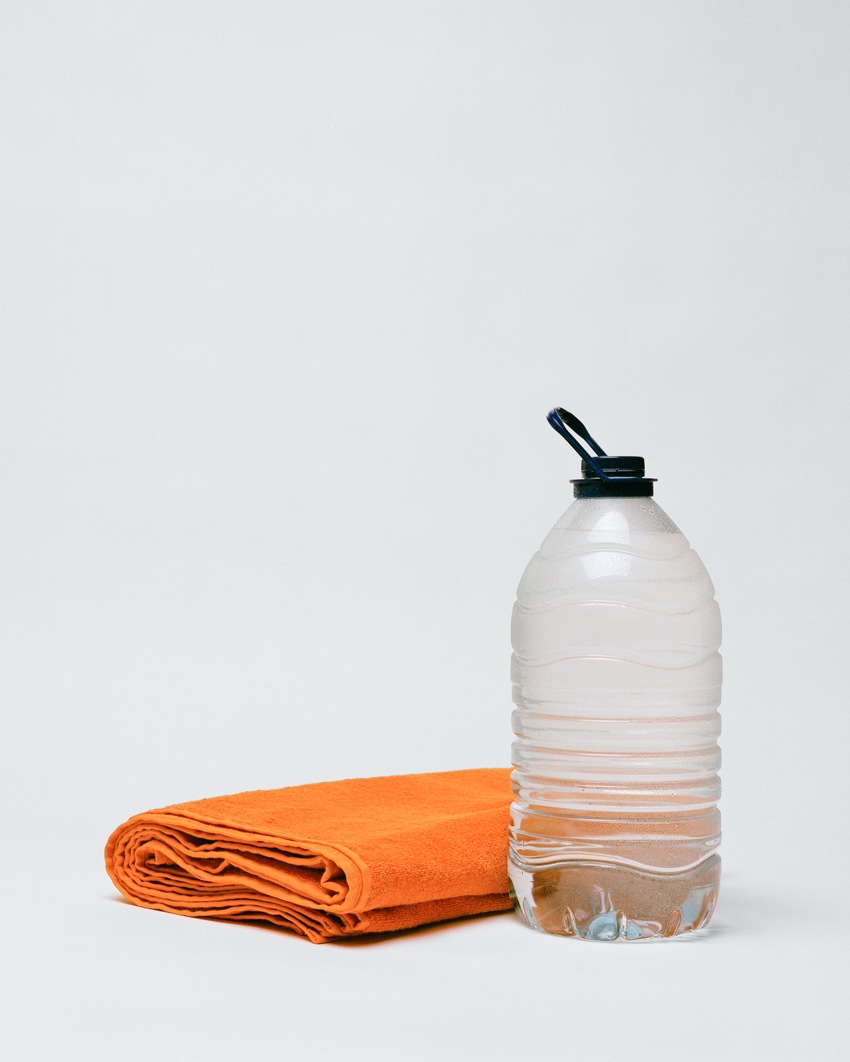 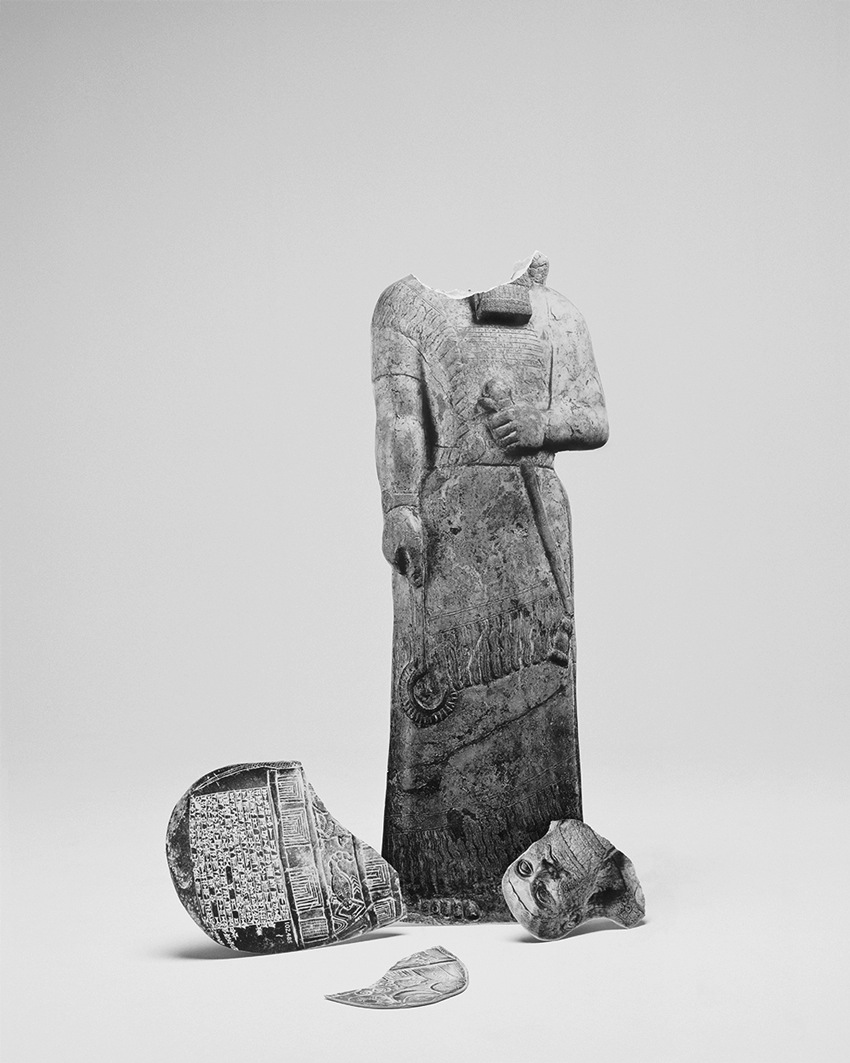 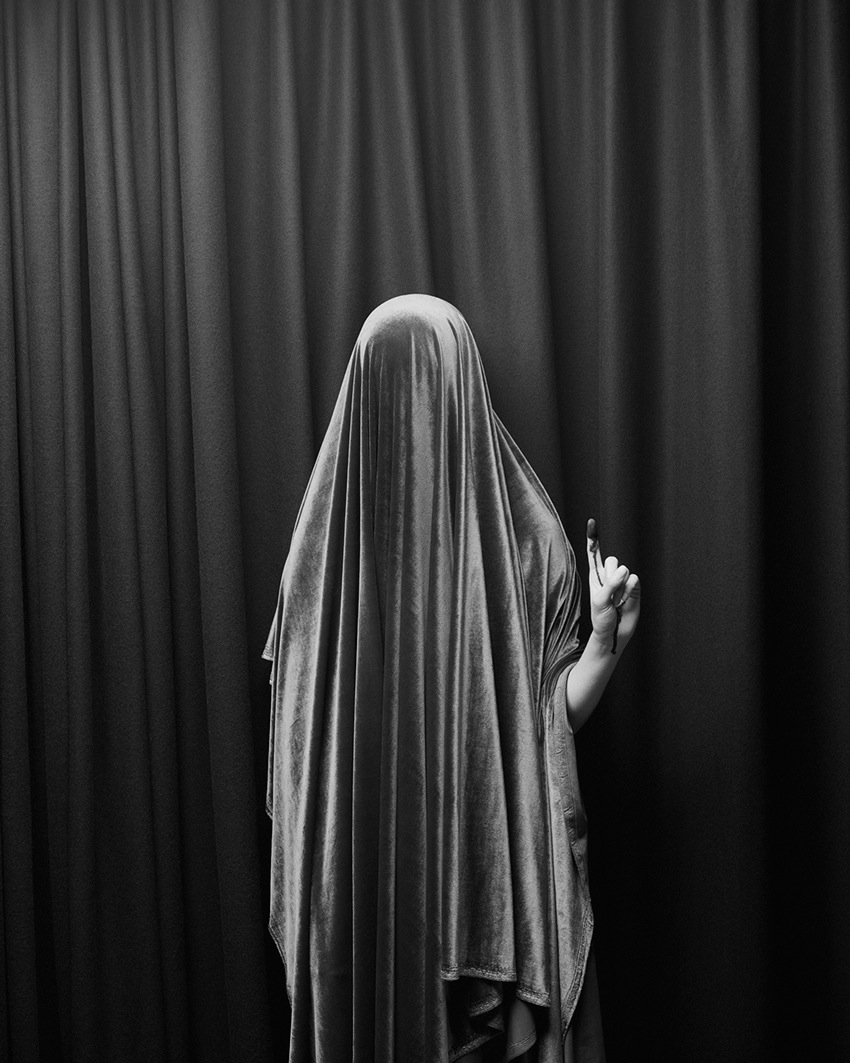 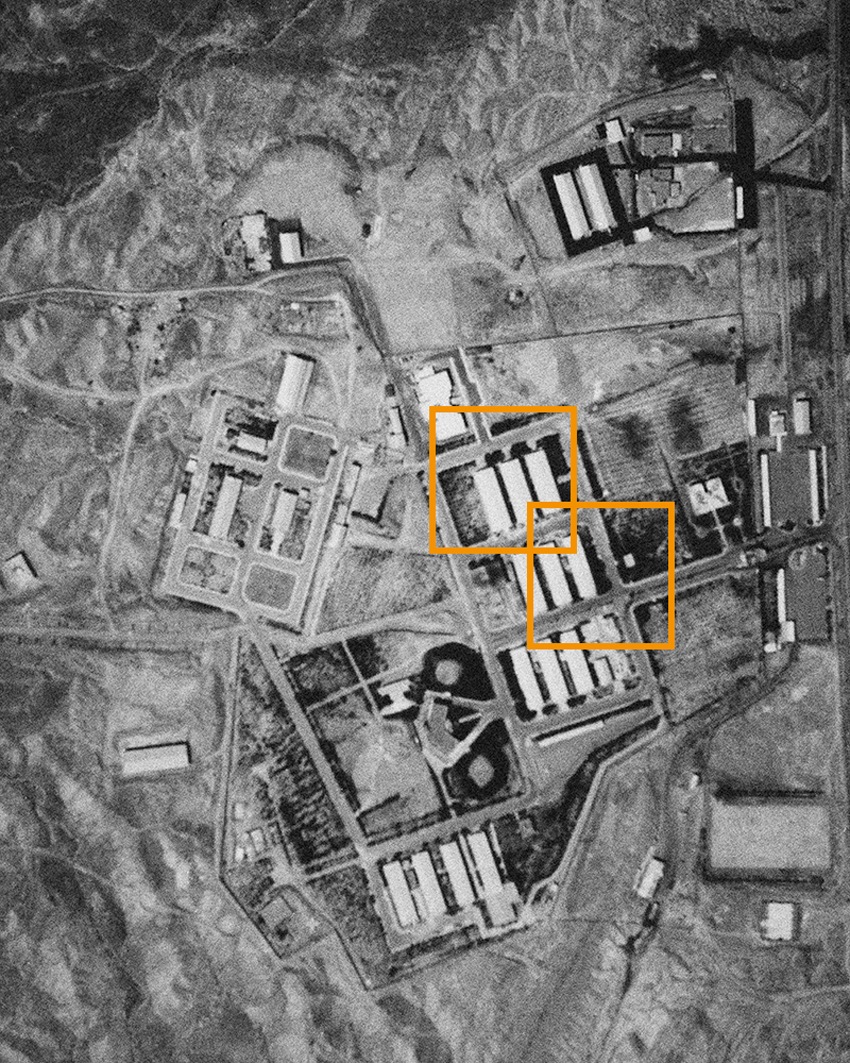 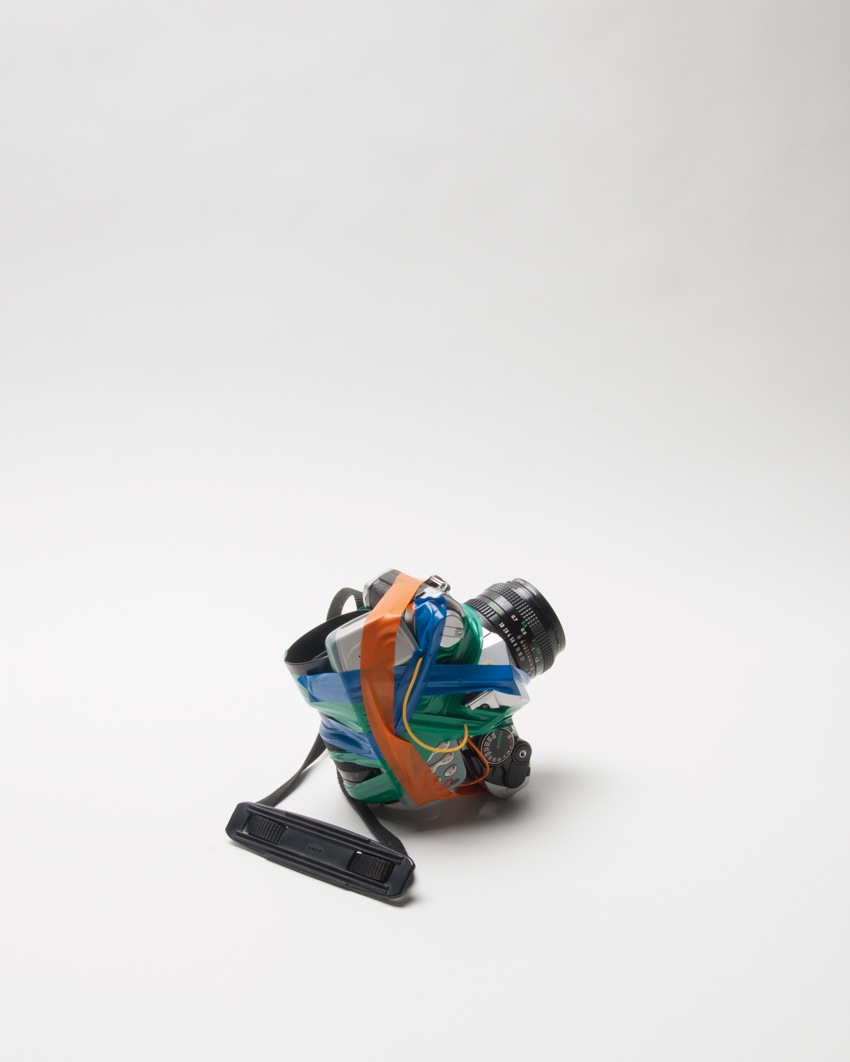 A man covered by a drape stands on a stool in the position that an Iraqi prisoner was made to take by American soldiers while torturing him in the infamous Abu Ghraib prison; two blocks of black marble symbolize the Twin Towers; several accents of a bright orange recall the color of the Guantanamo Bay detainee uniforms.

The latest series by 25 year-old Scottish student Calum Douglas is rich with symbols that reference the last fifteen years of the history of conflict in the Middle East, and the 2003 Iraq War in particular. The series is called Only the Dead Have Seen the End of War, and it represents Calum’s reflections on the role of media in portraying that conflict.

Hello Calum, thank you for this interview. What are your main interests as a photographer?

My recent work looks at how we perceive and consume imagery. I find the image a fascinating and very powerful platform and I want to explore this through the work I produce.

Introduce us to your new series Only the Dead Have Seen the End of War.

The project presents a series of heavily simplified and re-appropriated images that represent key events throughout Middle Eastern conflict within my own lifetime. The images are presented in a way that invites the viewer to decode and question what they see.

How did the idea for this project come about?

It began with a fascination of war imagery. I find the complex nature of these images to leave me with more questions than answers. The project started as my own way of trying to understand modern conflict.

What was your process in creating Only the Dead Have Seen the End of War?

I did a lot of research into war and the imagery that comes from it, mainly looking at the conflict in the Middle East. From there I created my own timeline of events and started to make symbolic structures and models to represent points within the timeline.

What research did you do and how did you come to establish the imagery and symbols included in the work?

I did extensive research into the major wars/conflicts of the last century as well as looking at other contemporary artists that used photography to explore the issues surrounding modern conflict. As for the imagery and symbols used in the work, I made a lot of props and experimented with them in the studio. Over time I began to establish the strong visual that is the series.

How did you elaborate the stark visual style you used, in particular?

I was looking at paintings by the Old Masters and the way in which they had all been painted with a single light source illuminating the subject. I liked the simplicity and also religious connotations of this and applied it to a studio setting. I also used stills from news footage of the conflicts and images found on the Internet in order to piece together the series and create a more fluid timeline.

Did you have any specific reference or source of inspiration in mind while working on Only the Dead Have Seen the End of War?

There was not a single, specific influence but instead inspiration came from a lot of different sources. From the beginning I knew I wanted to create work that challenged and critiqued war and the imagery that comes from it. I knew I wanted to do this in my own way – I was inspired by artists like Adam Broomberg and Oliver Chanarin and the unusual way that they approached war photography. I also attended a talk by Paul Seawright where he discussed the importance of the absence of violence in his work which has definitely resonated with me.

I do a lot of landscape drawing and painting. The way I draw is very different to the way I work with a camera. For me drawing is much more free, as apposed to the controlled style of photography I use in my work.