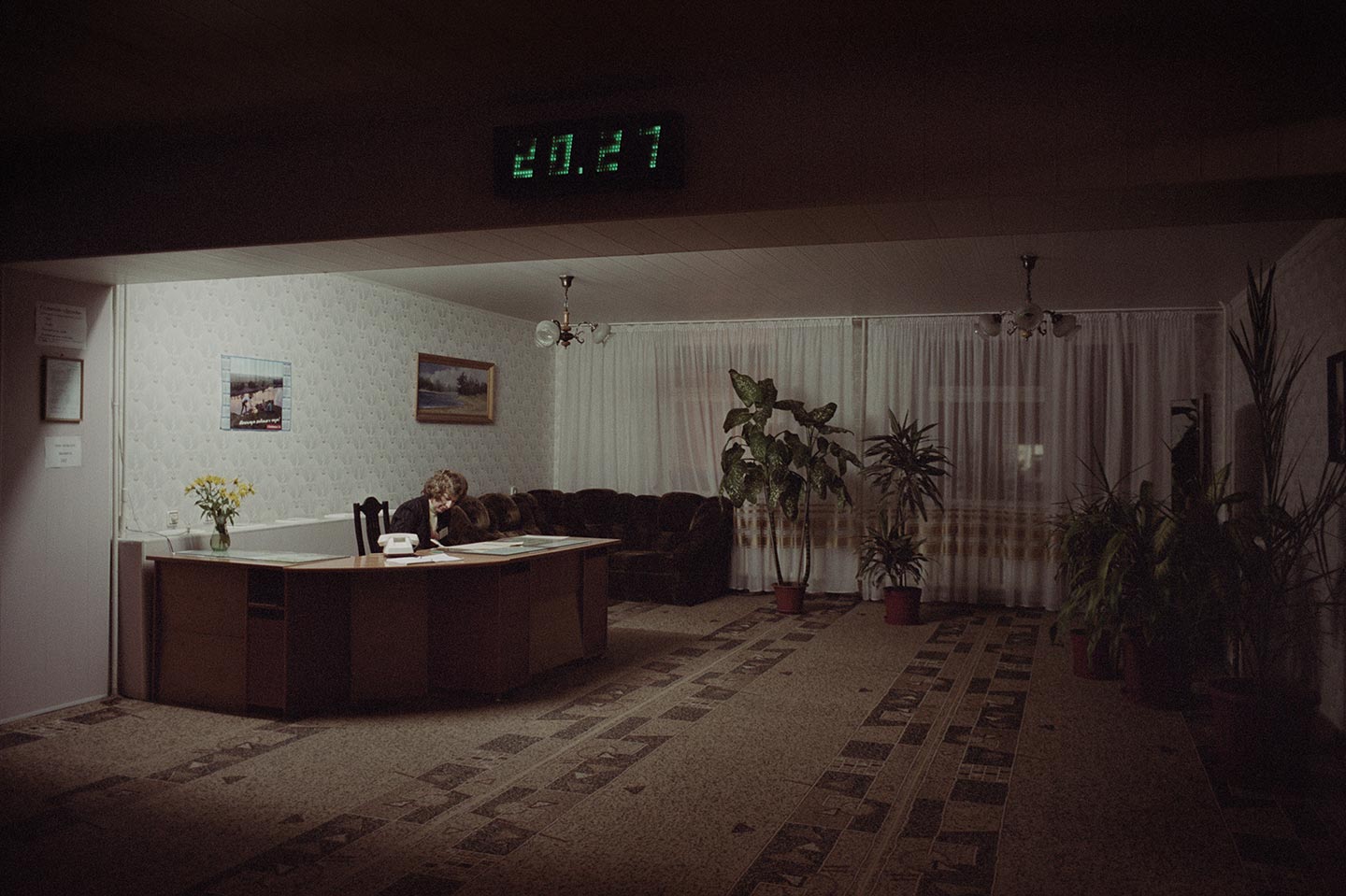 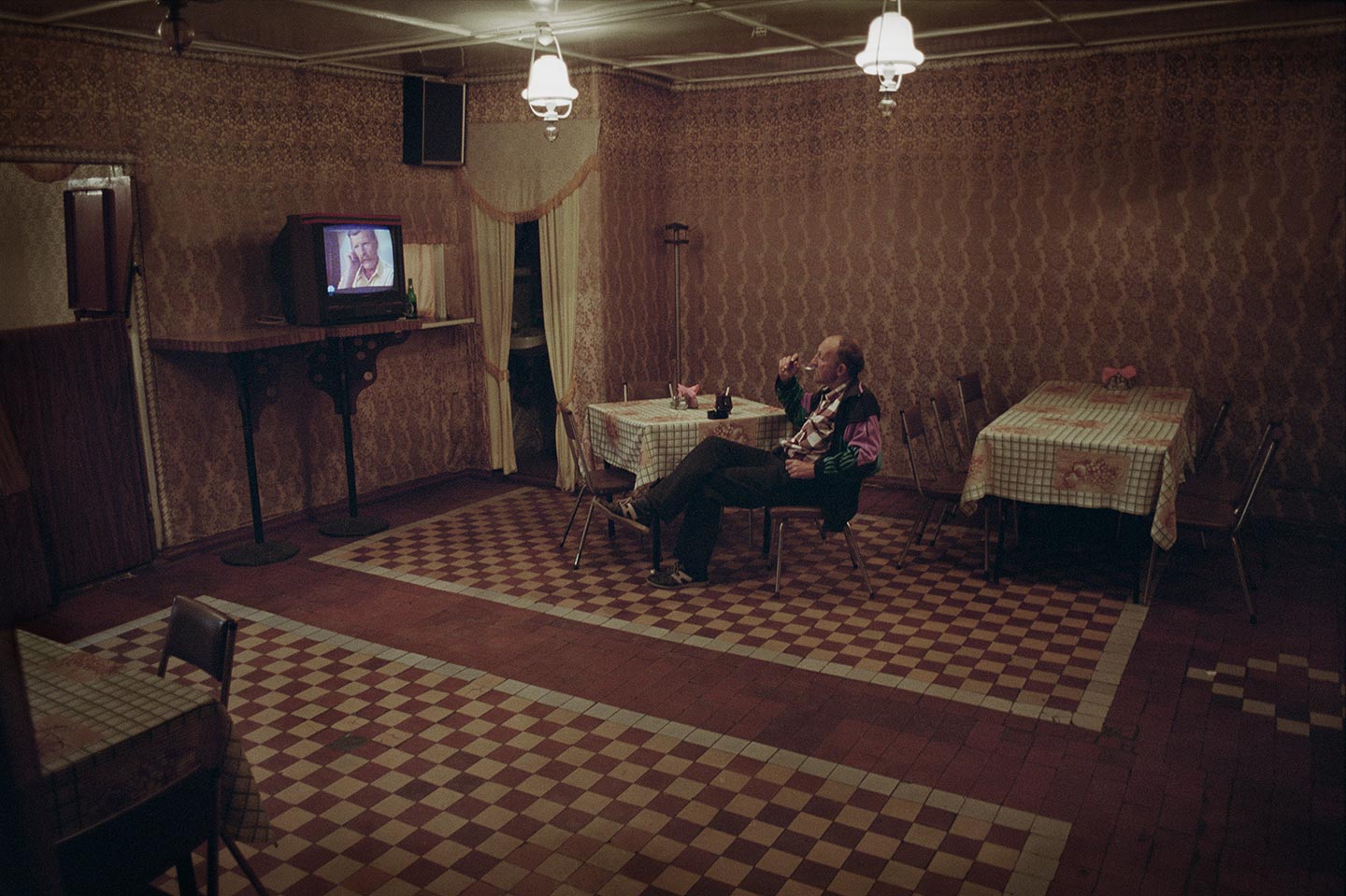 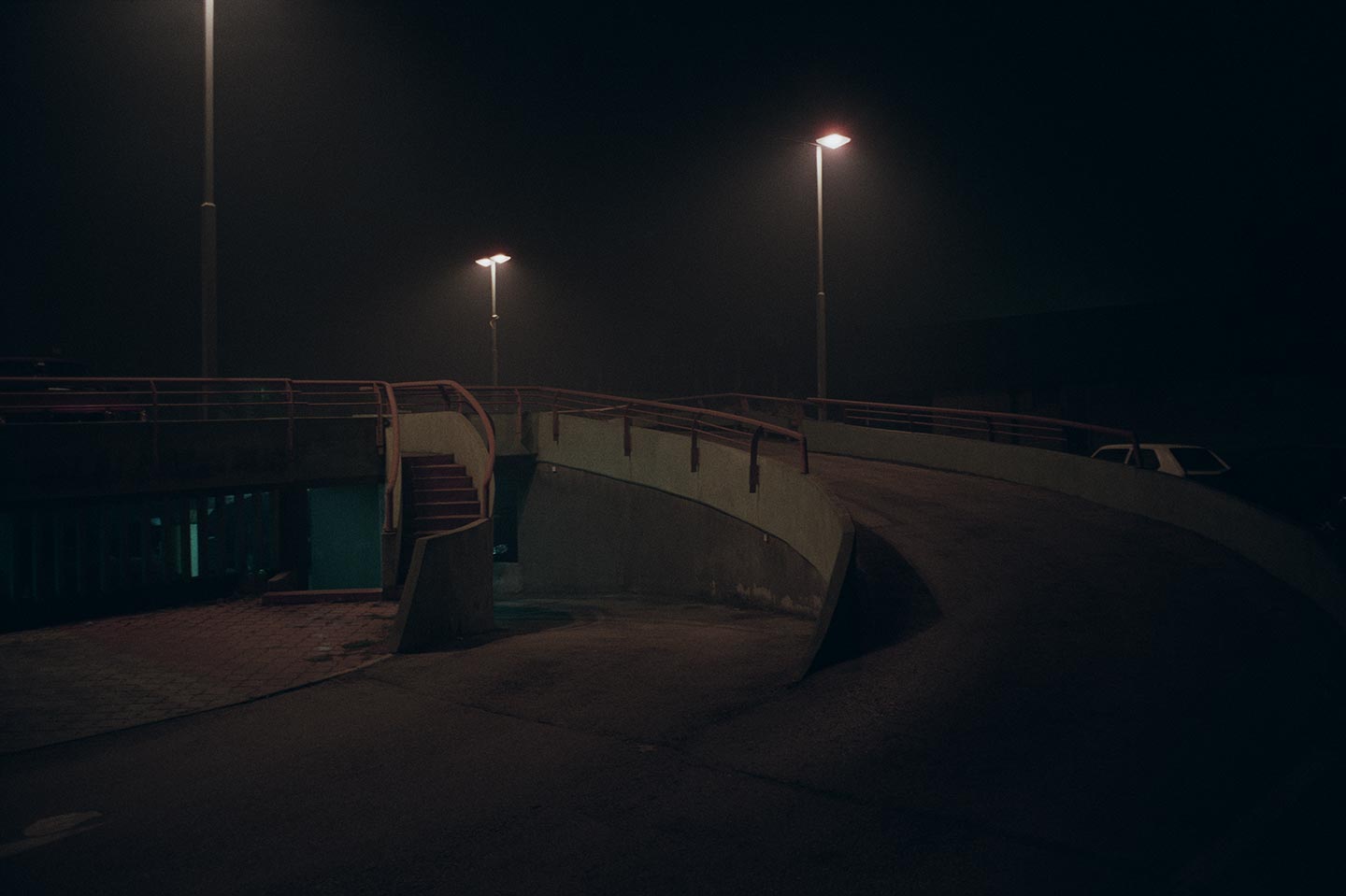 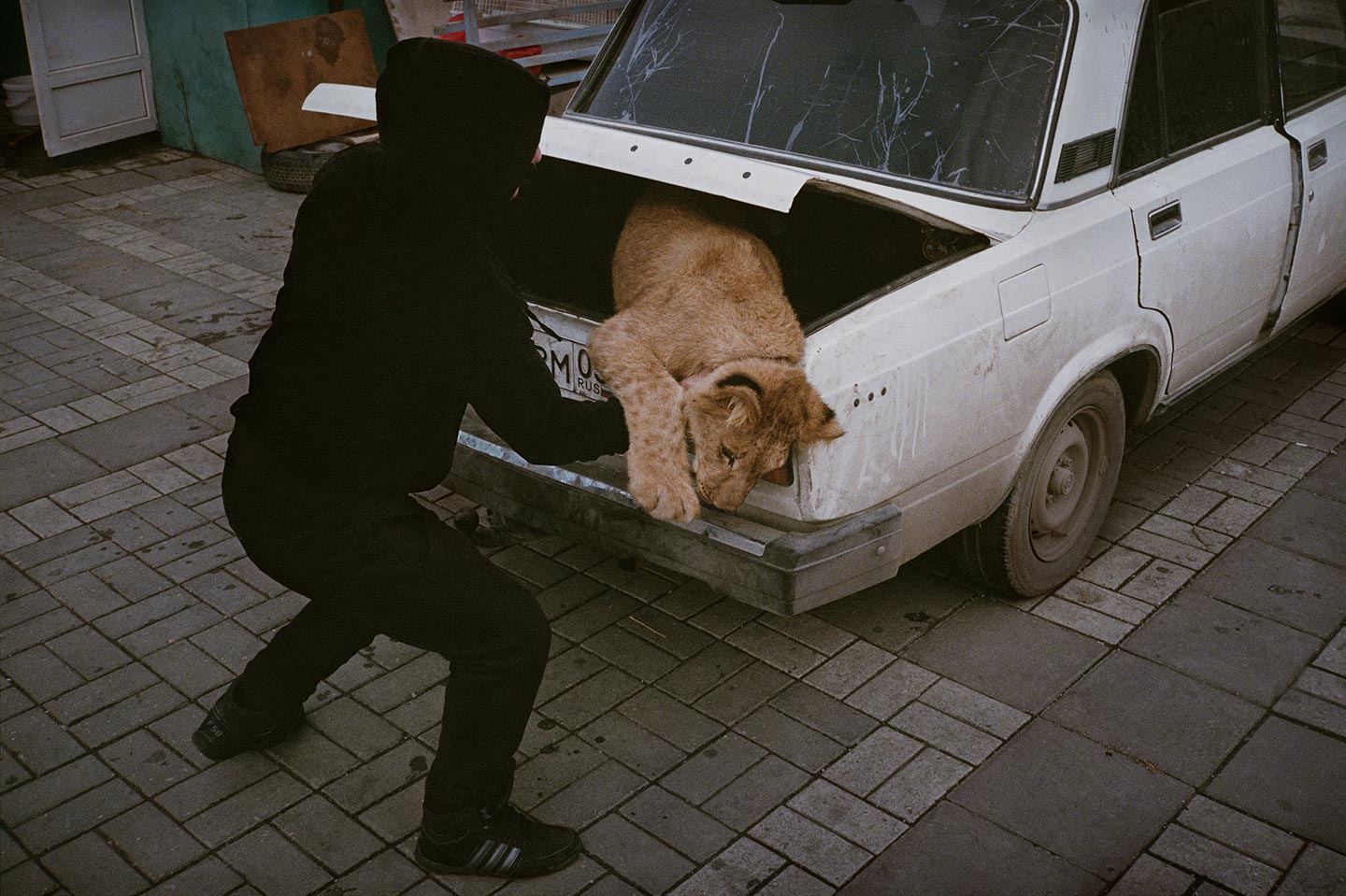 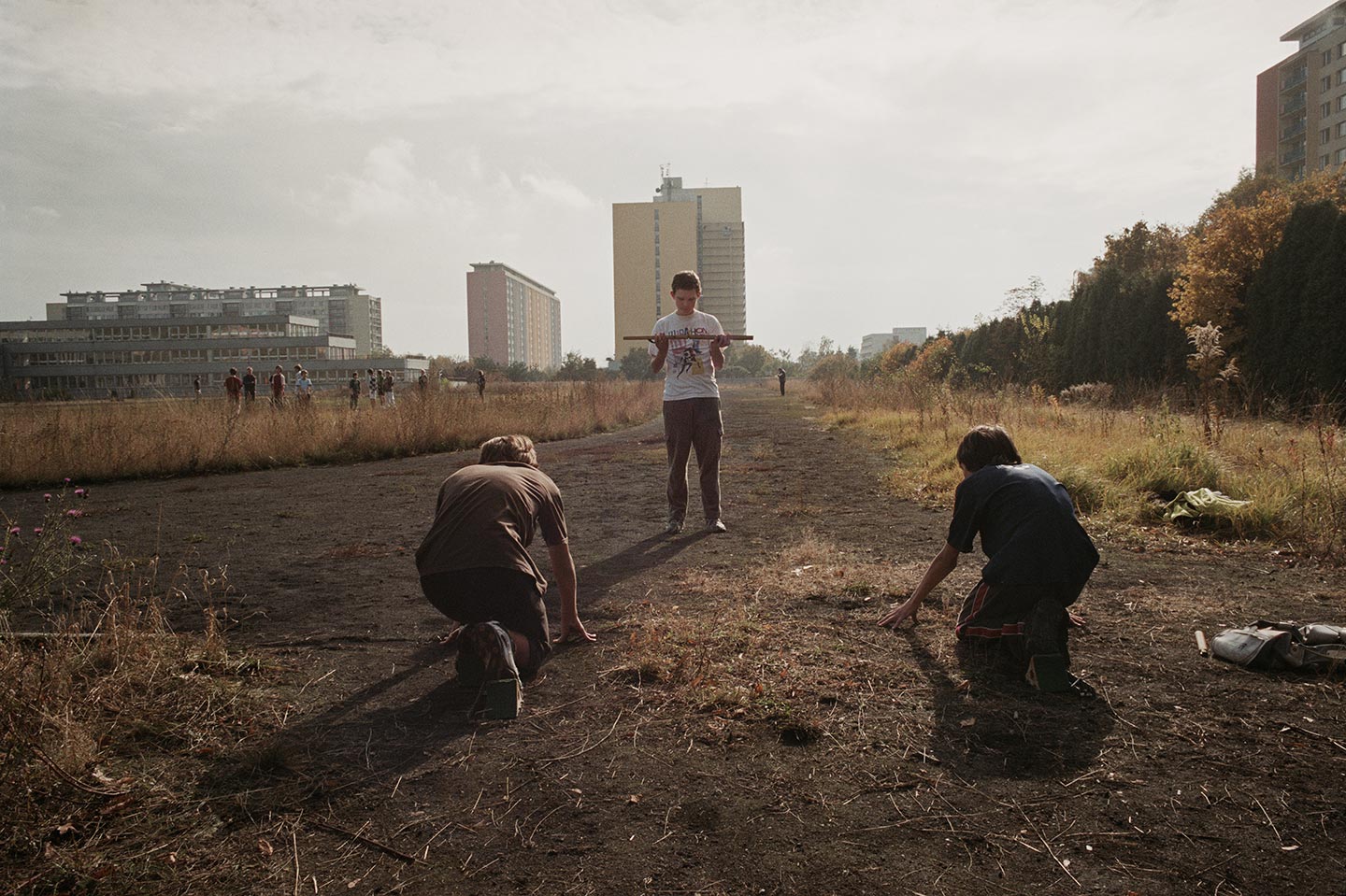 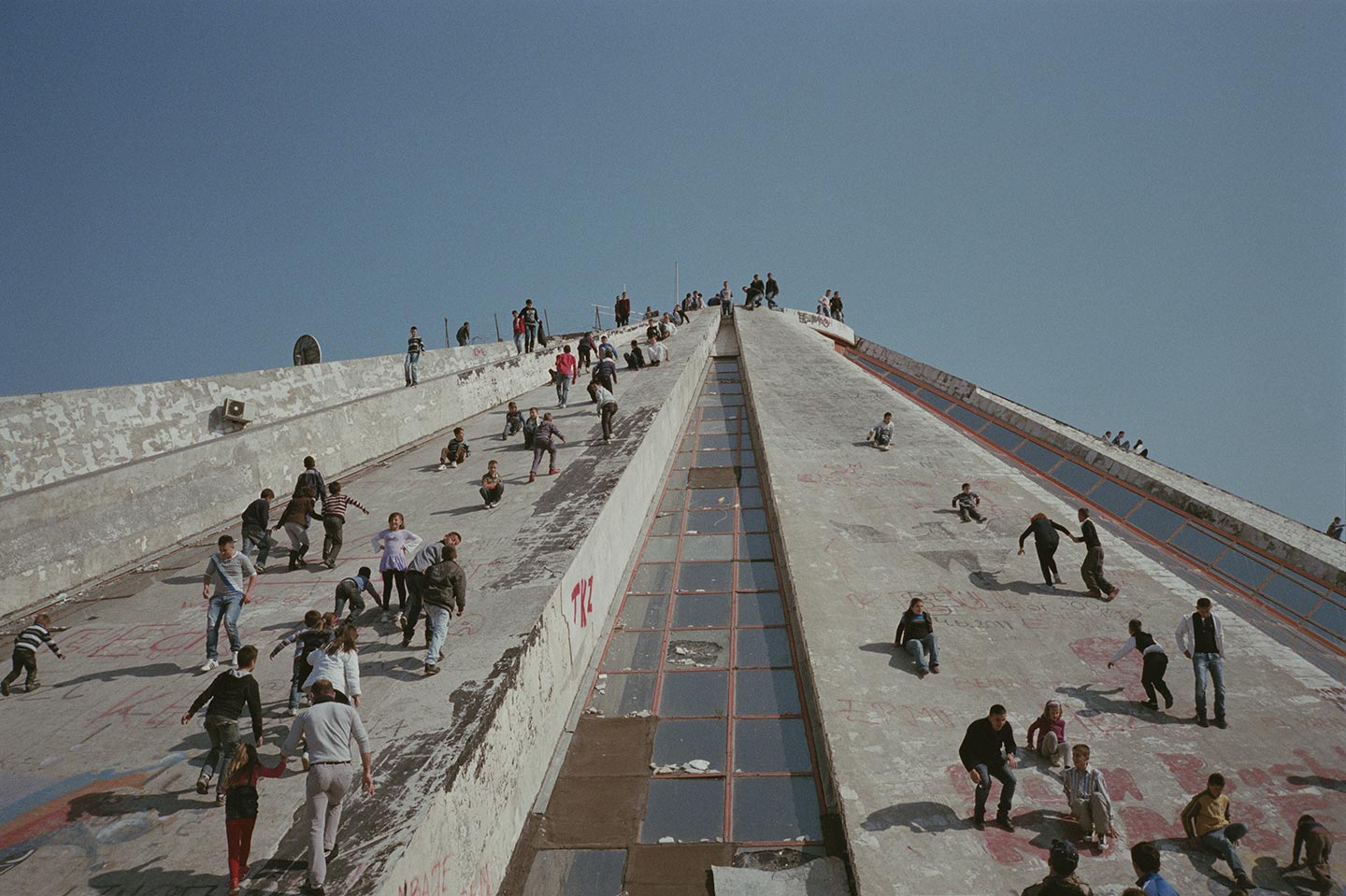 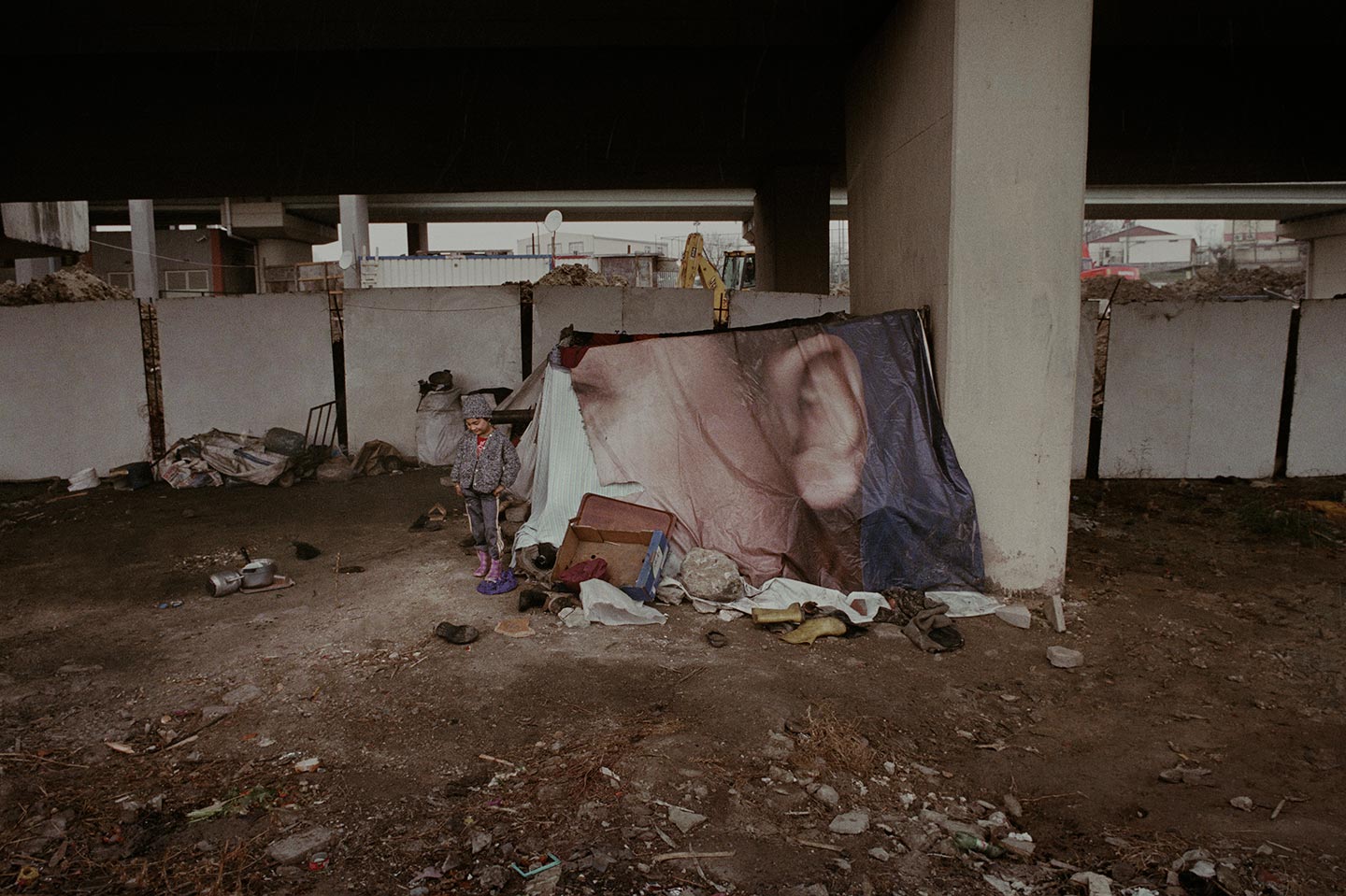 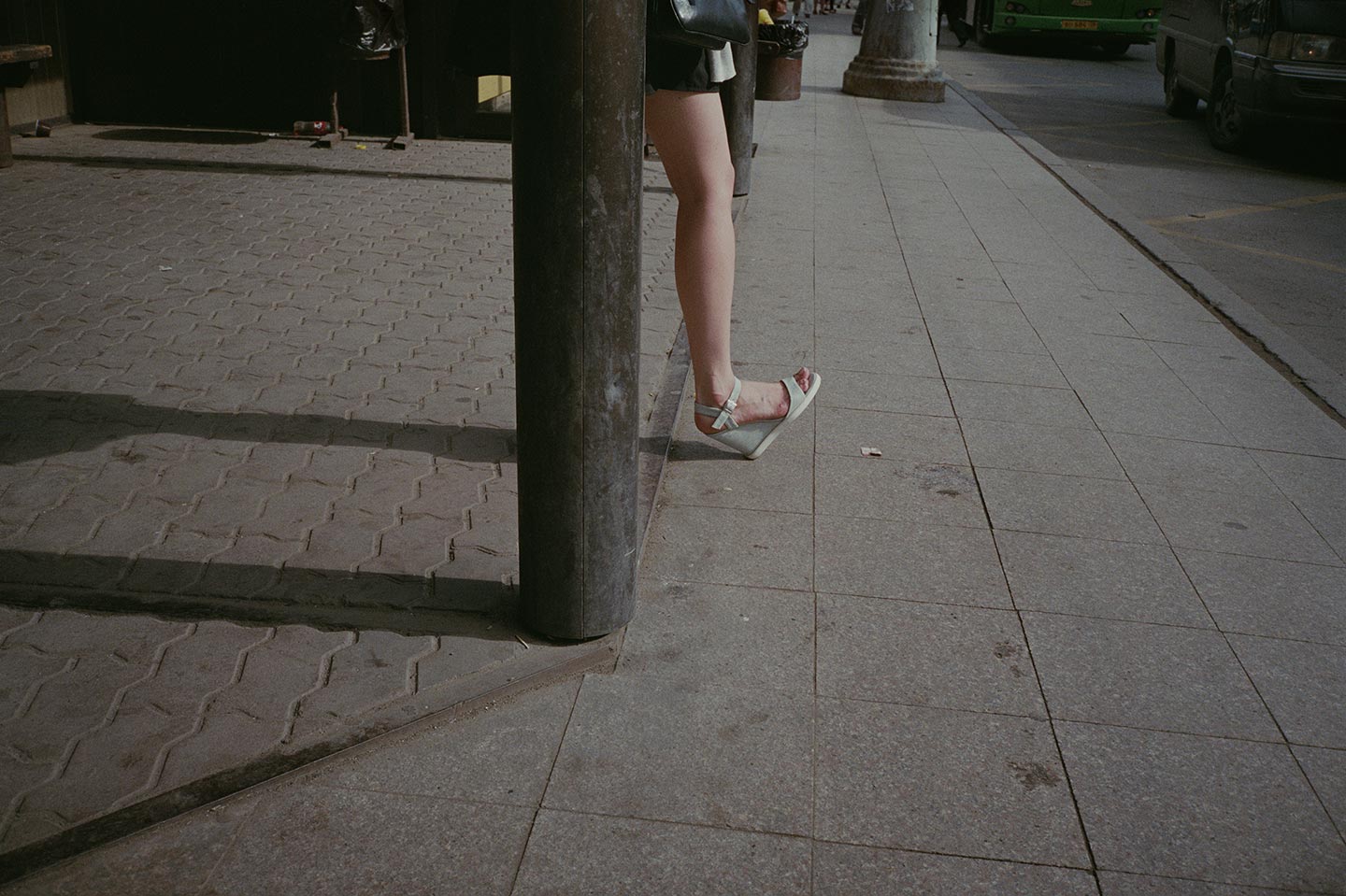 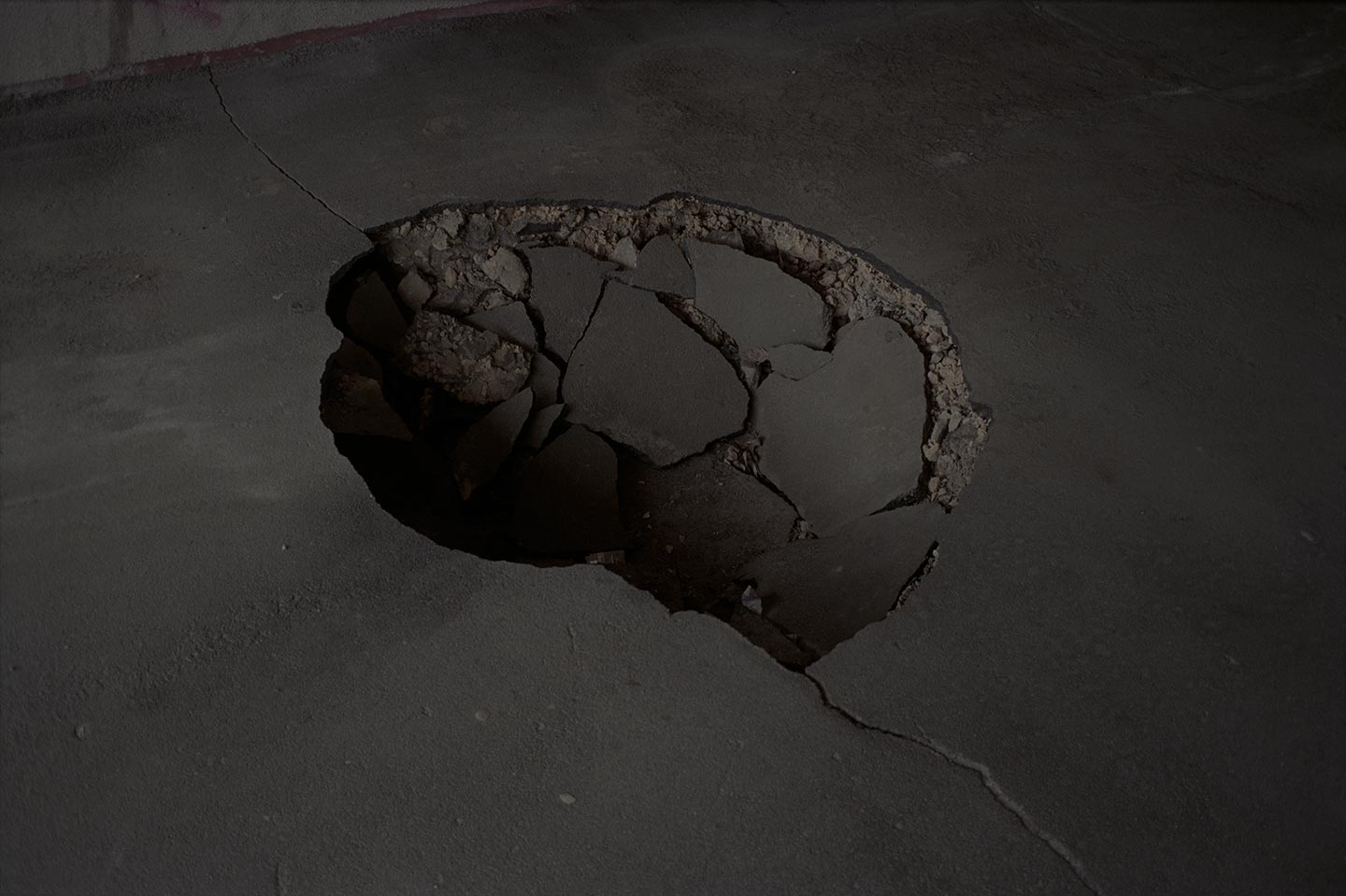 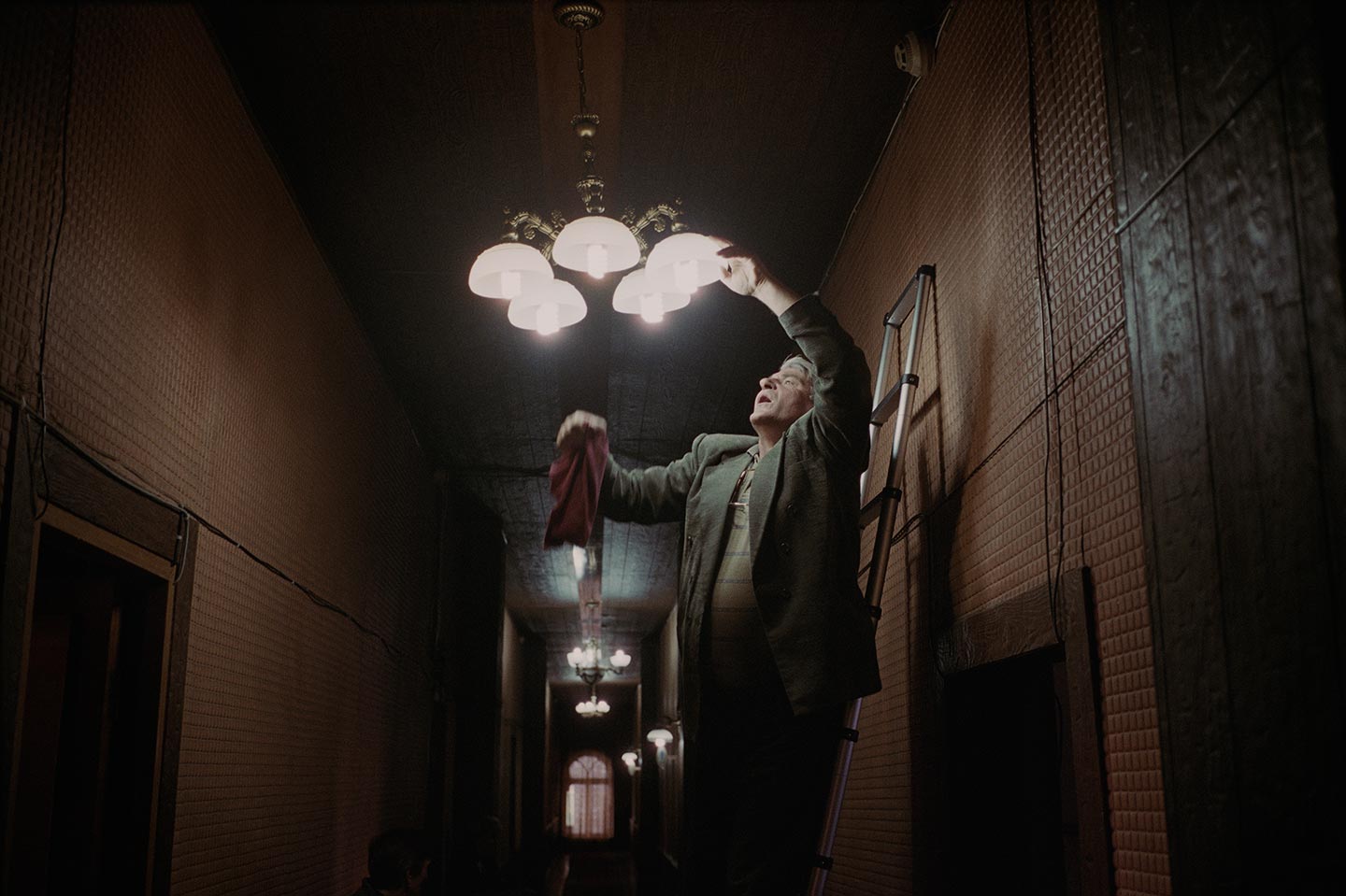 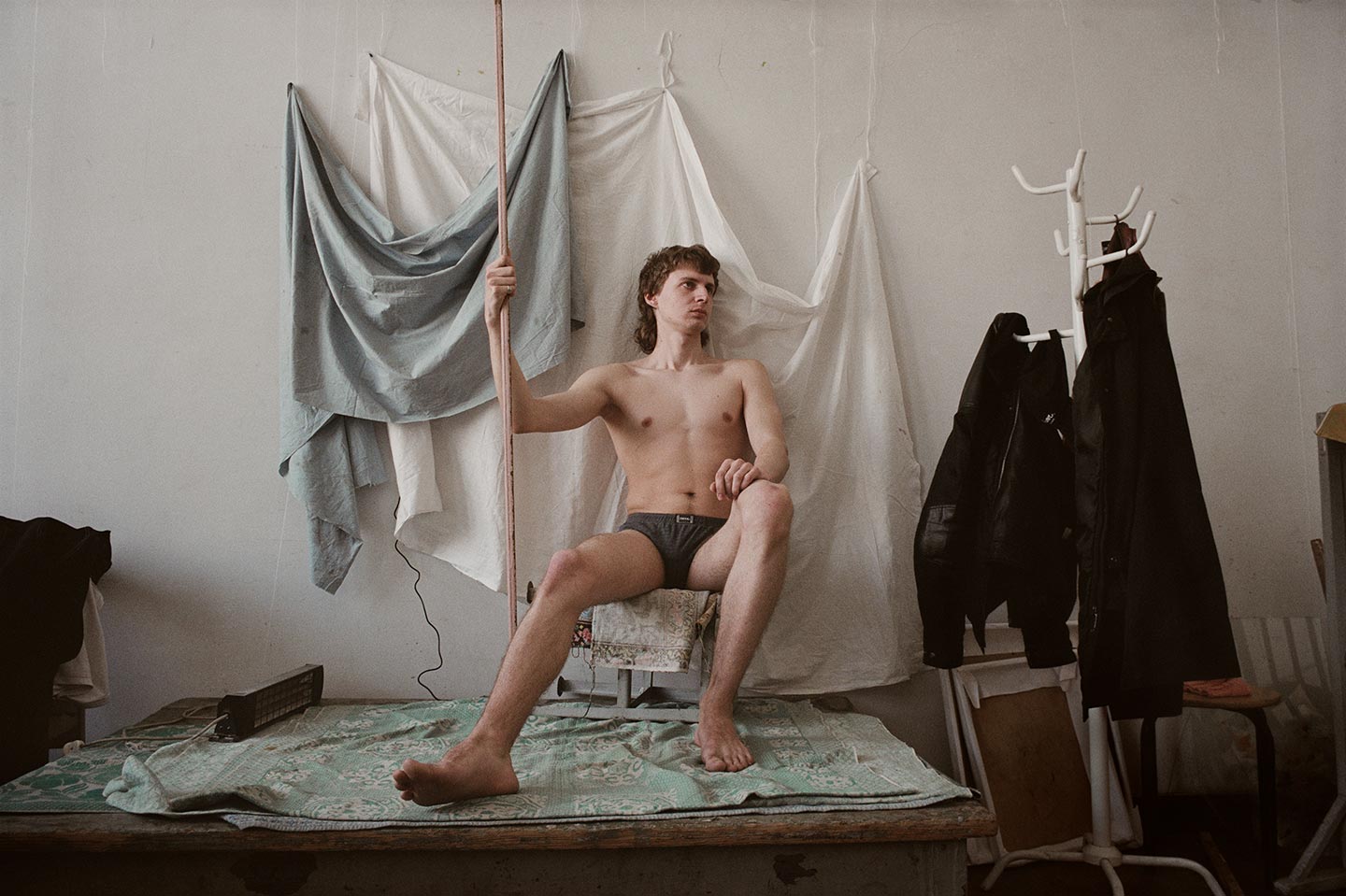 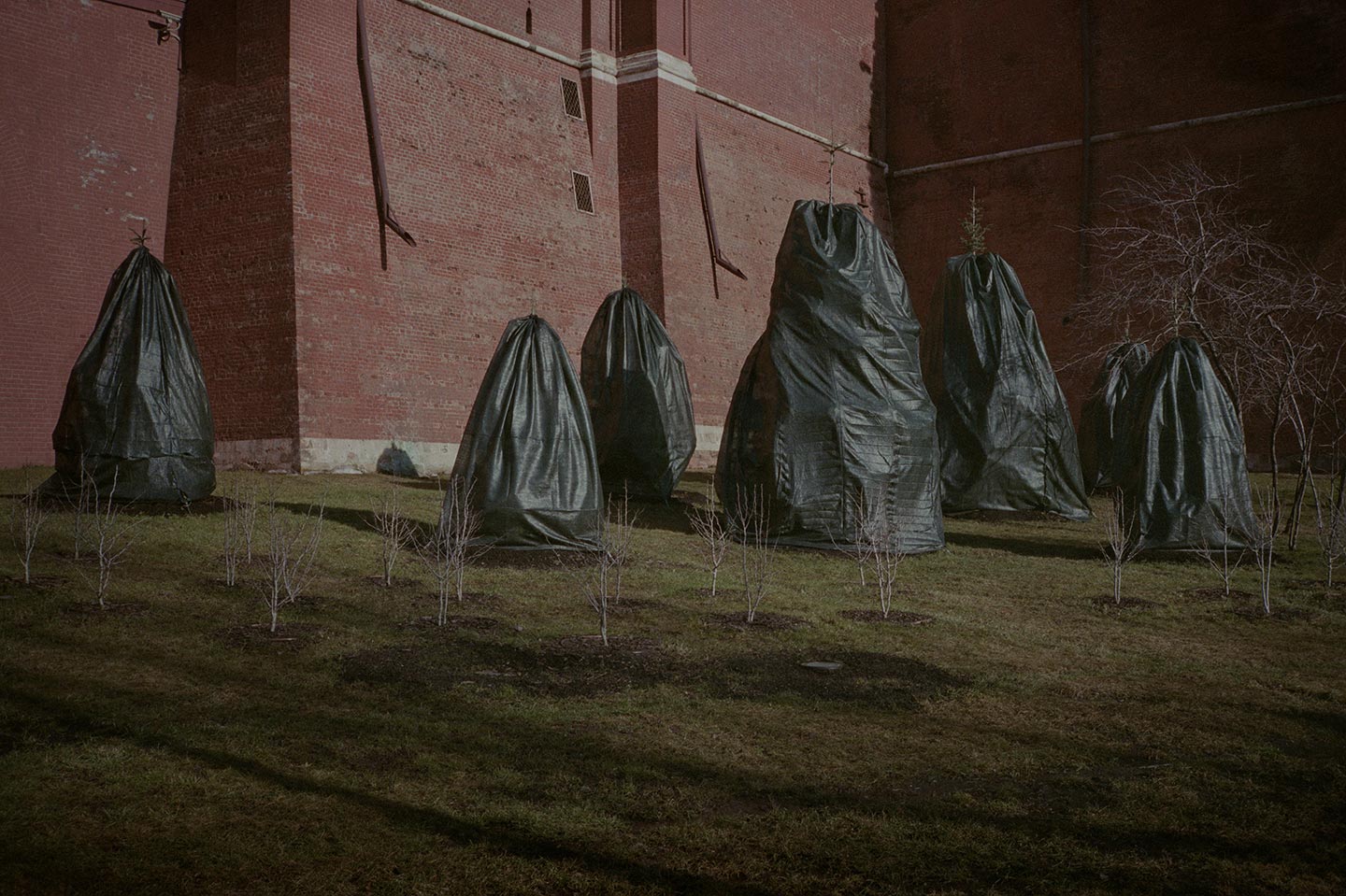 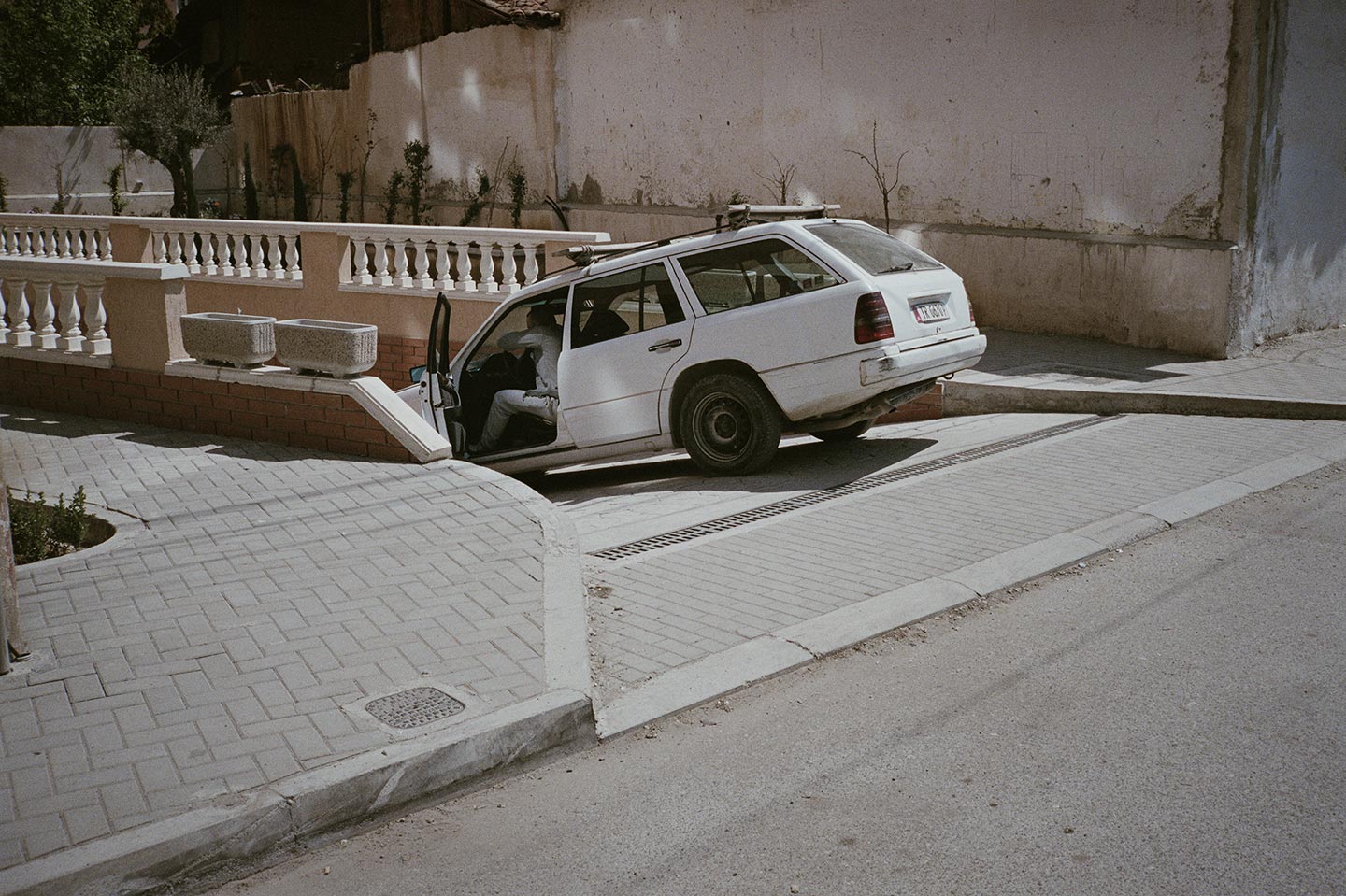 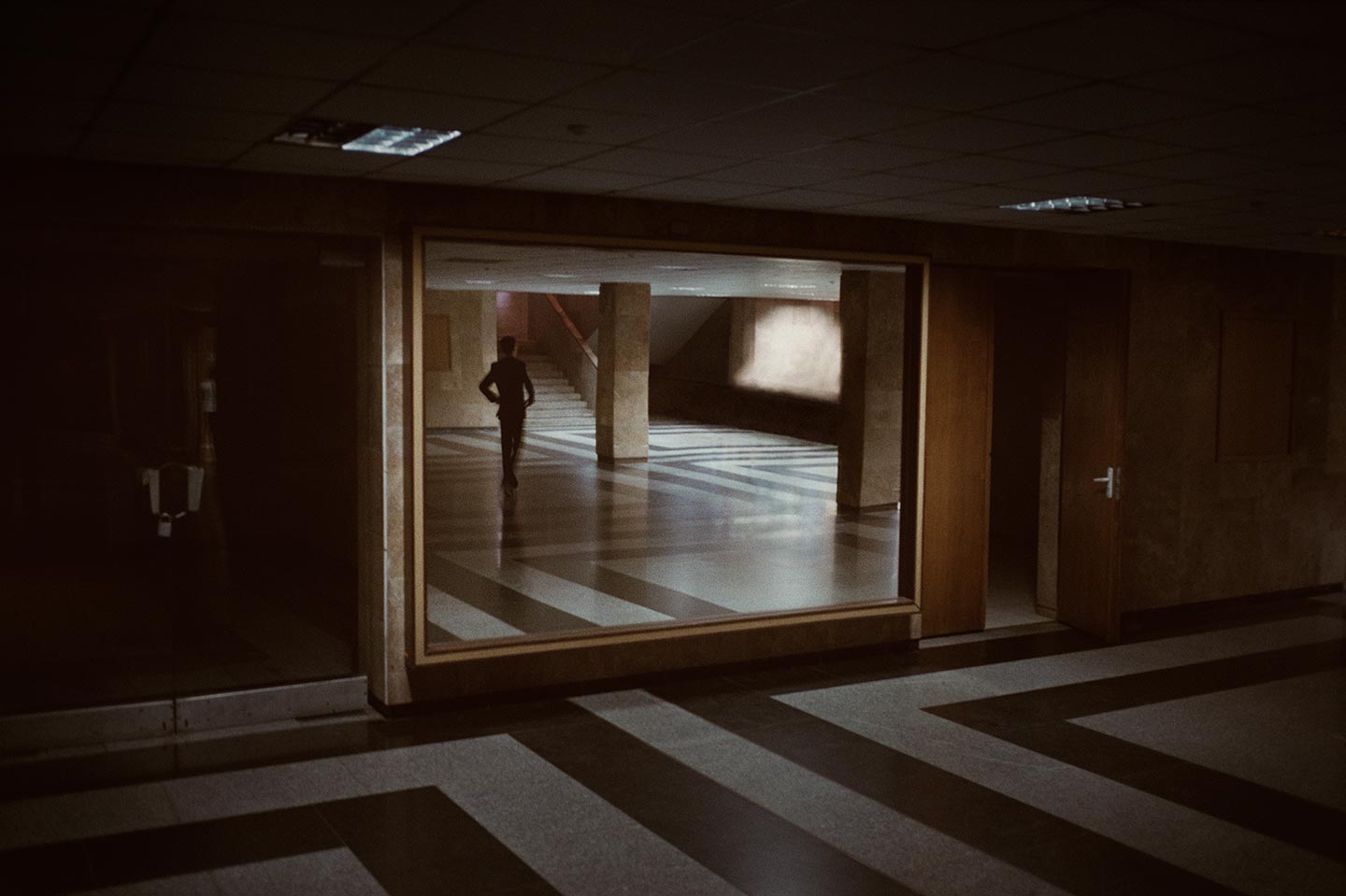 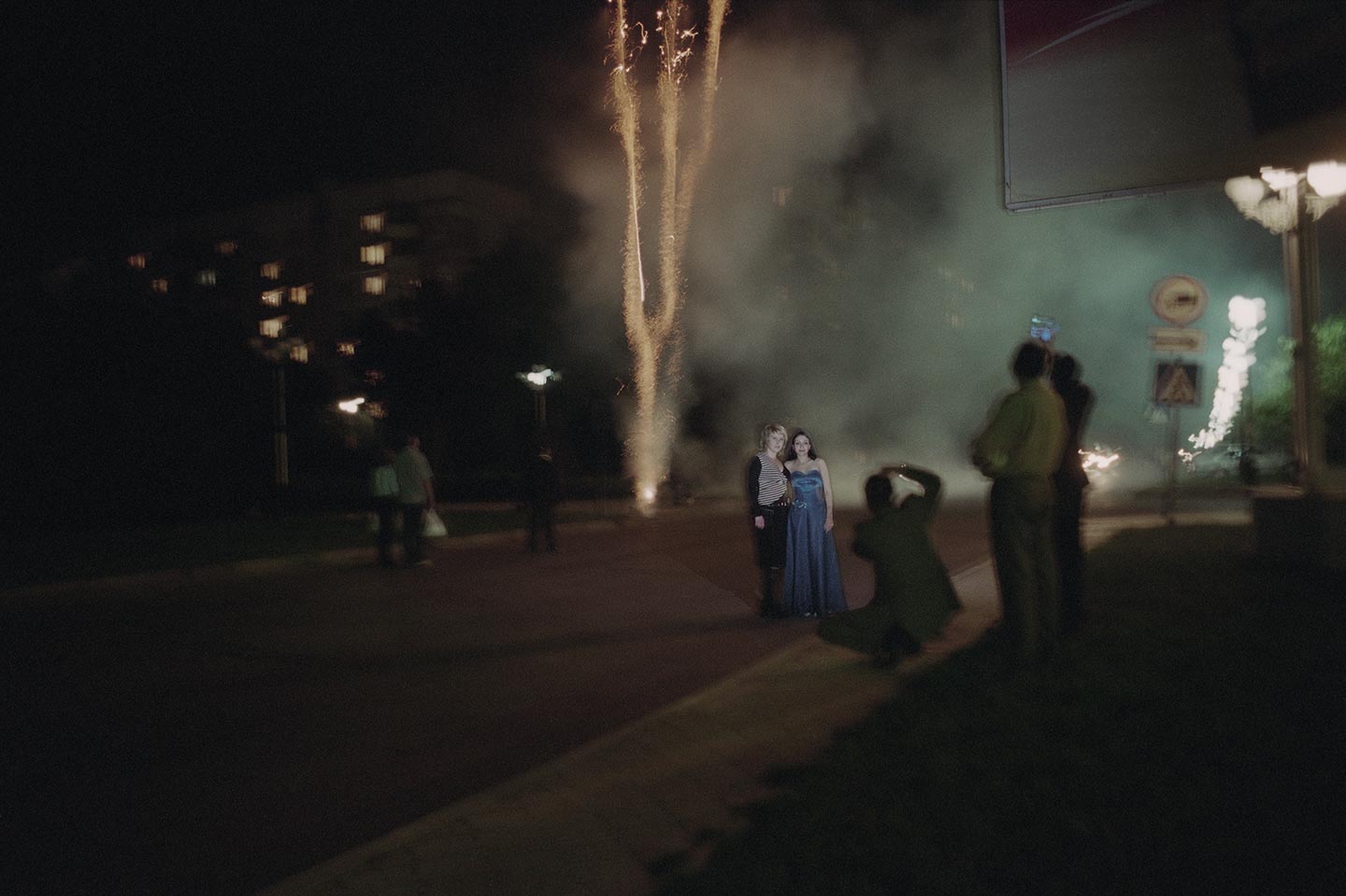 Publisher Kerber Verlag recently released Hidden Kingdom, a photobook by 41 year-old Swedish photographer Stefan Bladh (buy your copy here). The book presents a selection of loosely related images Stefan shot during his trips across Eastern Europe; but rather than telling a story or portraying the places he’s visited, the images are tied together by keenly cinematic aesthetics and an uncanny vibe, with the goal of translating into photographs a psychological state of mind.

Hello Stefan, thank you for this interview. What are your main interests as a photographer?

Hello and thank you for having me. My way of working with photography is rooted in the documentary tradition and my main interest has always been in the human condition: who we are and why we are here—very basic but eternal questions. I want to examine aspects of the boundaries between our inner world and the outer reality, and explore themes of memories, time, life and death.

For me photography is like poetry: it works in the same way to express what can’t be said with words or other forms of arts for that matter. I tried with music, but after leaving the idea of being a jazz musician I found the same spirit-of-the-moment attitude in photography.

Please introduce us to Hidden Kingdom.

Hidden Kingdom is a series of images I’ve shot over ten years while traveling around Europe, although the geographic position of the places I’ve photographed was never important for me: what mattered was the situations I encountered, and what they reminded me of. It took me many years to realize what the pictures actually were about, but it’s still hard to say it with words. All I knew was that I wanted to create images about a certain state of mind.

The title is a metaphor for human longing—the endless longing for something greater to come forth, which often blinds us to reality as it is. These thoughts are related with Buddhist preachings such as how our existence is fleeting and that behind everything we call reality there is only a vastness of silence. I believe that is a truly inspiring way of thinking about life.

What inspired Hidden Kingdom, and what was your main intent in creating this series?

I guess my main inspiration was simply escaping the daily life routines and just being out on the road, following my instinct. To not really know which way to go next is an incomparable feeling. I guess the intent of my work is to create a space in the viewers’ mind that takes them somewhere, as if it was a sort of meditation.

Hidden Kingdom was shot in countries like Ukraine, Moldova, etc. Was there any specific reason why you chose to work in Eastern Europe?

I was a child during the last years of the Cold War, and back then I was very curious about life on the other side of the Iron Curtain. That interest lingered in the back of my head when, as an adult, I got on the road.

In 2006 I was living in Istanbul and struggling with my first project called The Family. I heard that there was a ferry to Odessa in Ukraine, and one night I took that ferry. That trip became the first step of this work and changed me and the way I take pictures a lot.

The images of Hidden Kingdom are a collection of unrelated moments you’ve stumbled upon along your way. In general, what was it about those moments that made you feel it was time to take a photograph? When is it that you feel inspired to capture what is in front of you?

I guess in one way I don’t really want to think about why or how I take pictures; it is more about trusting my unconscious. But in general I think I am attracted to places with a certain atmosphere, places were something might happen if you wait for a while. It is a good question because it also brings up what I like so much about photography: that when something comes on your radar you totally get into the moment and your instincts become sharpened. Photographer Anders Petersen said: ”If you once have been in that 15th of a second you will always want to go back”. It is very true.

Stylistically, the Hidden Kingdom pictures are quite dark and very cinematic. Why did you use this aesthetics?

I was looking for a visual language that could be my own, so while working on this project I radically changed my way of taking pictures. I started composing from farther distances and trying to create a sort of filmic tableaux. When I started to shoot color it became natural for me to make pictures with less contrast and softer color palettes. I wanted to find a style that could underline some kind of unreal feeling or some kind of mental state.

Did you have any specific references or sources of inspiration in mind while working on Hidden Kingdom?

I think cinema has always been my deepest inspiration, and probably Greek director Theo Angelopoulos was the one who made the greatest impression on me. His dreamy, dark and beautiful films have always moved me deeply. Josef Koudelka’s work is still very important for me. I always go back to his Exiles book.

How do you hope viewers react to Hidden Kingdom, ideally?

I hope the images can bring them somewhere. I hope that they will come back to the work and look again.

Besides Theo Angelopoulos’ films and cinema in general, I believe painting and music are two things that get straight under my skin.

I think it the new edition of Chris Killip’s In Flagrante Two published by Steidl.