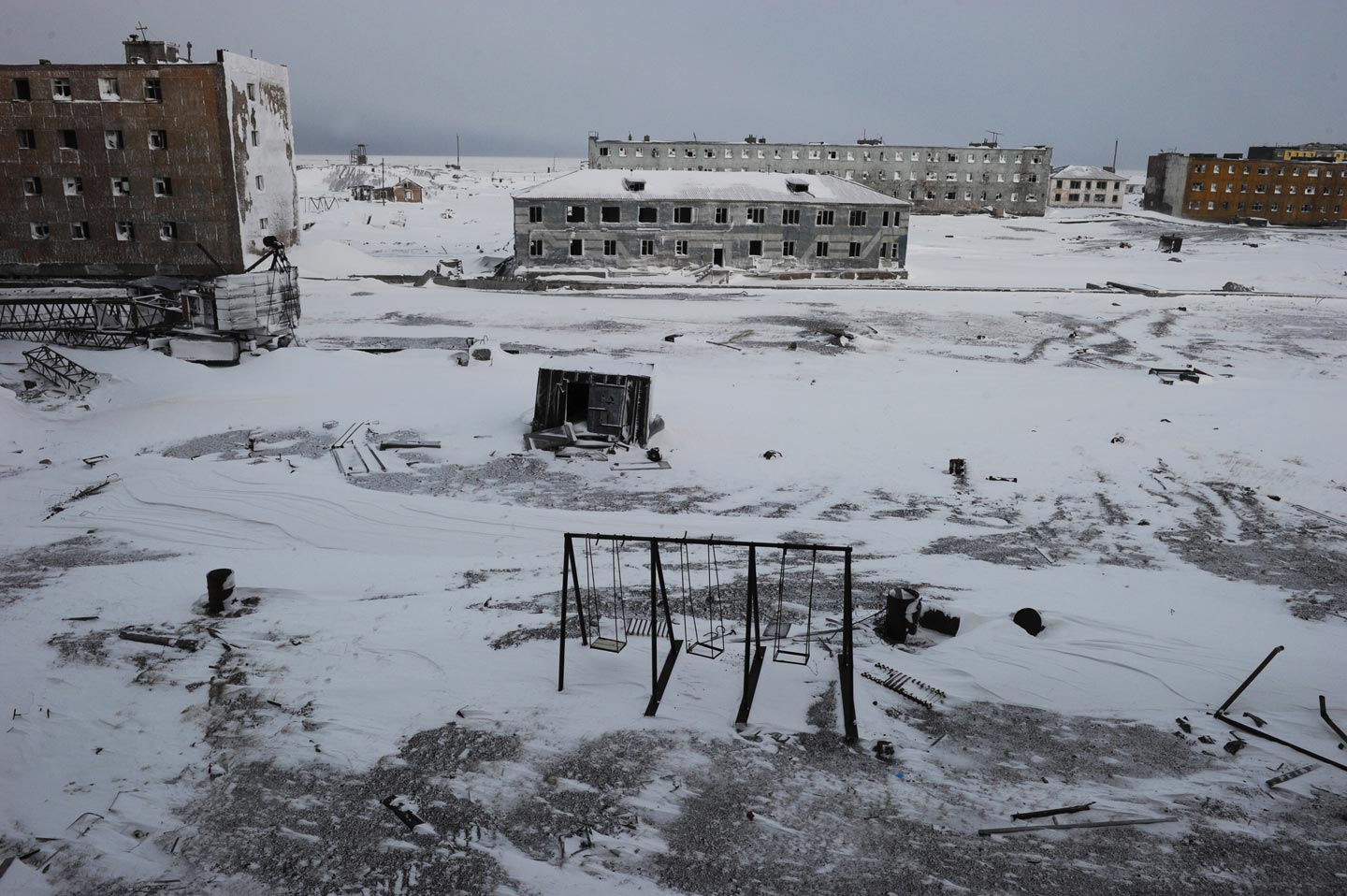 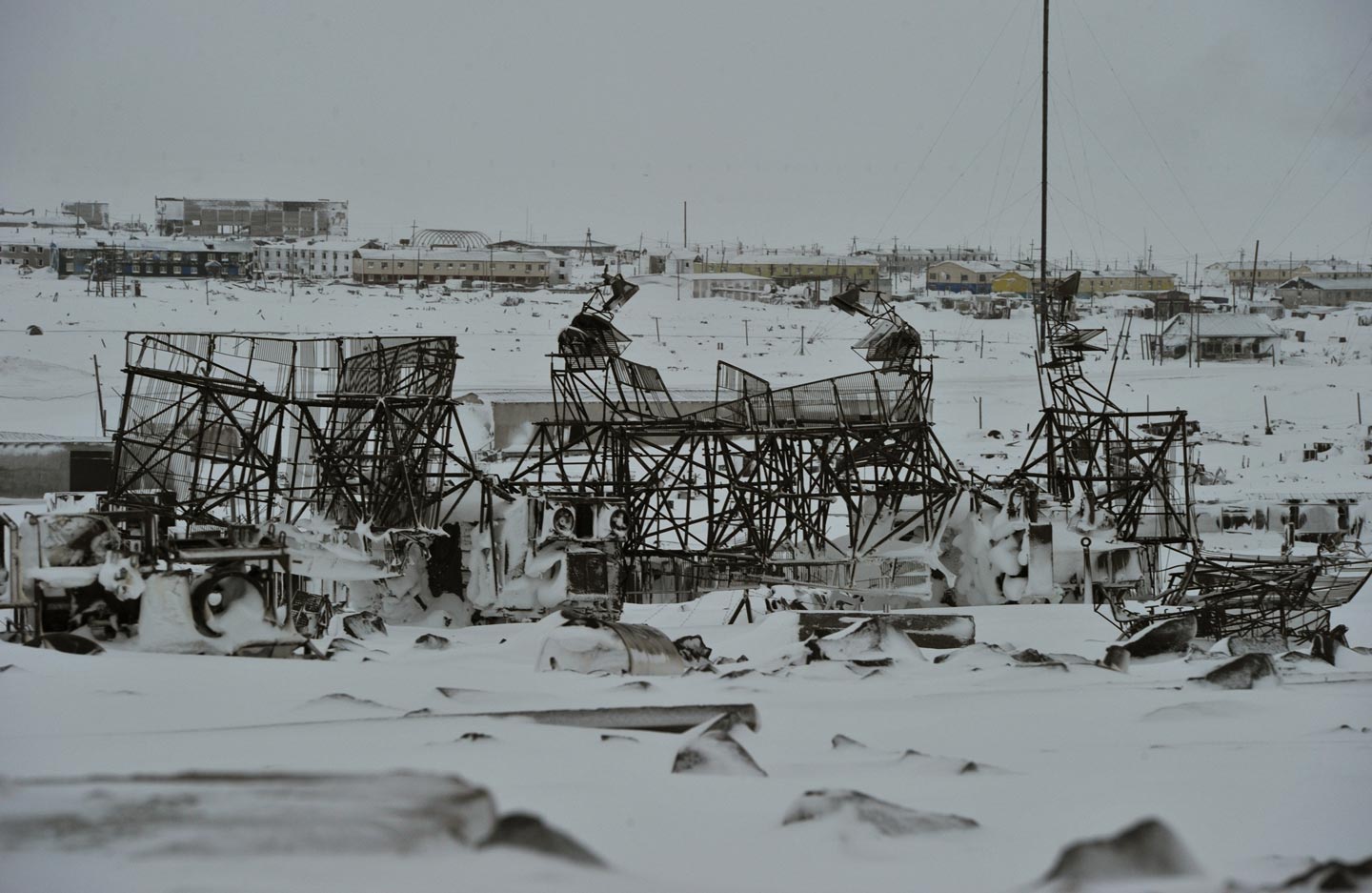 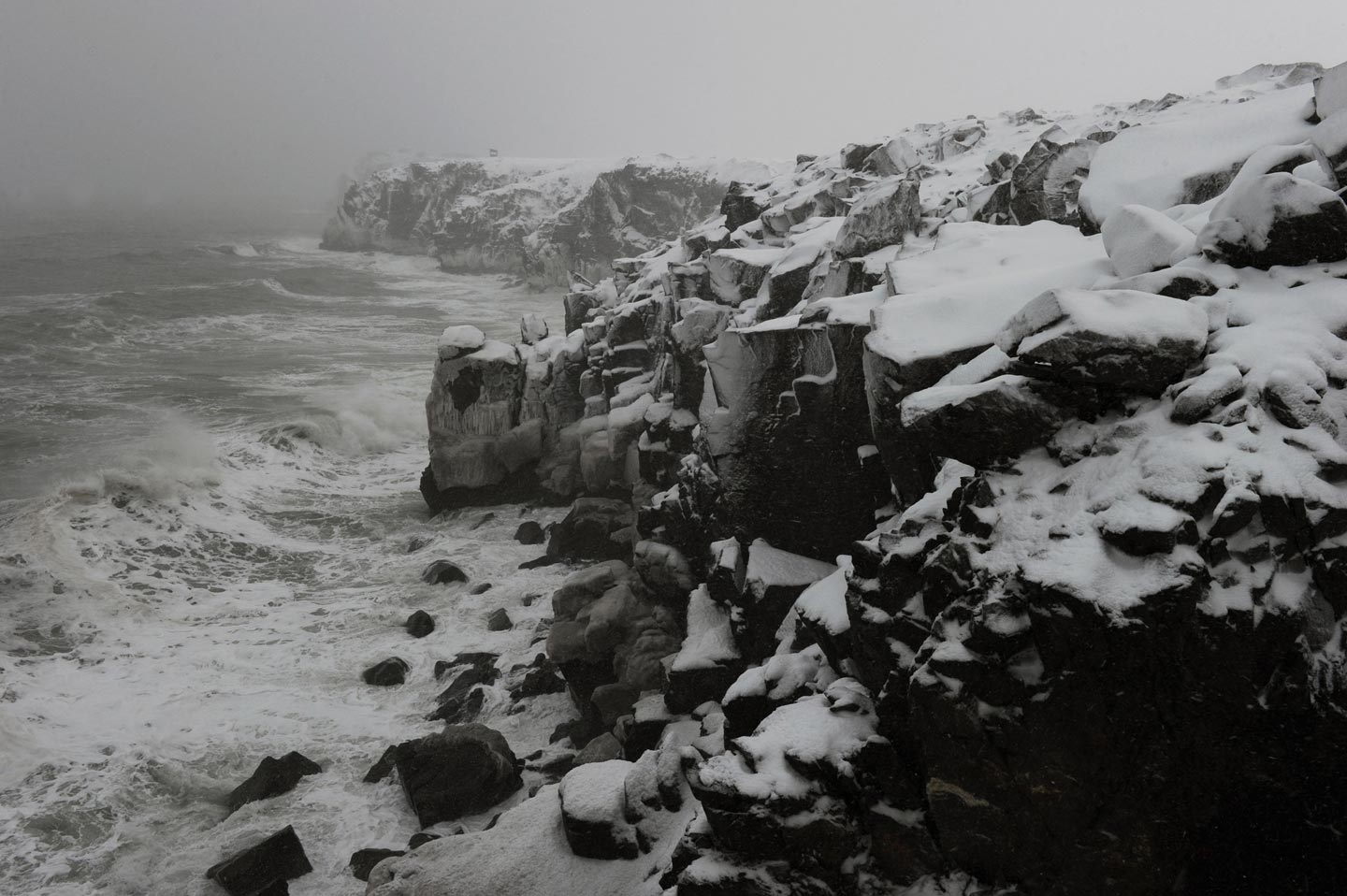 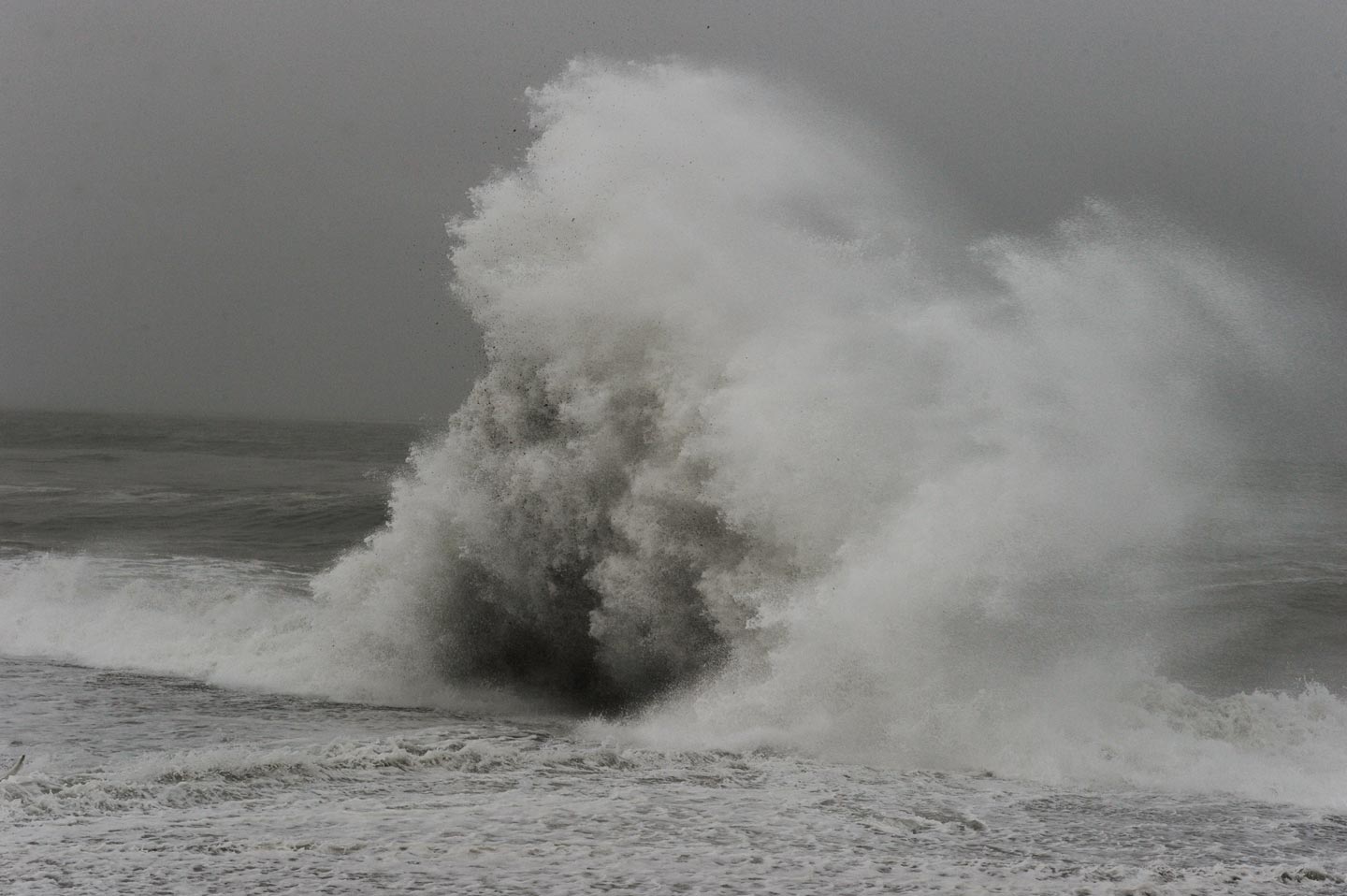 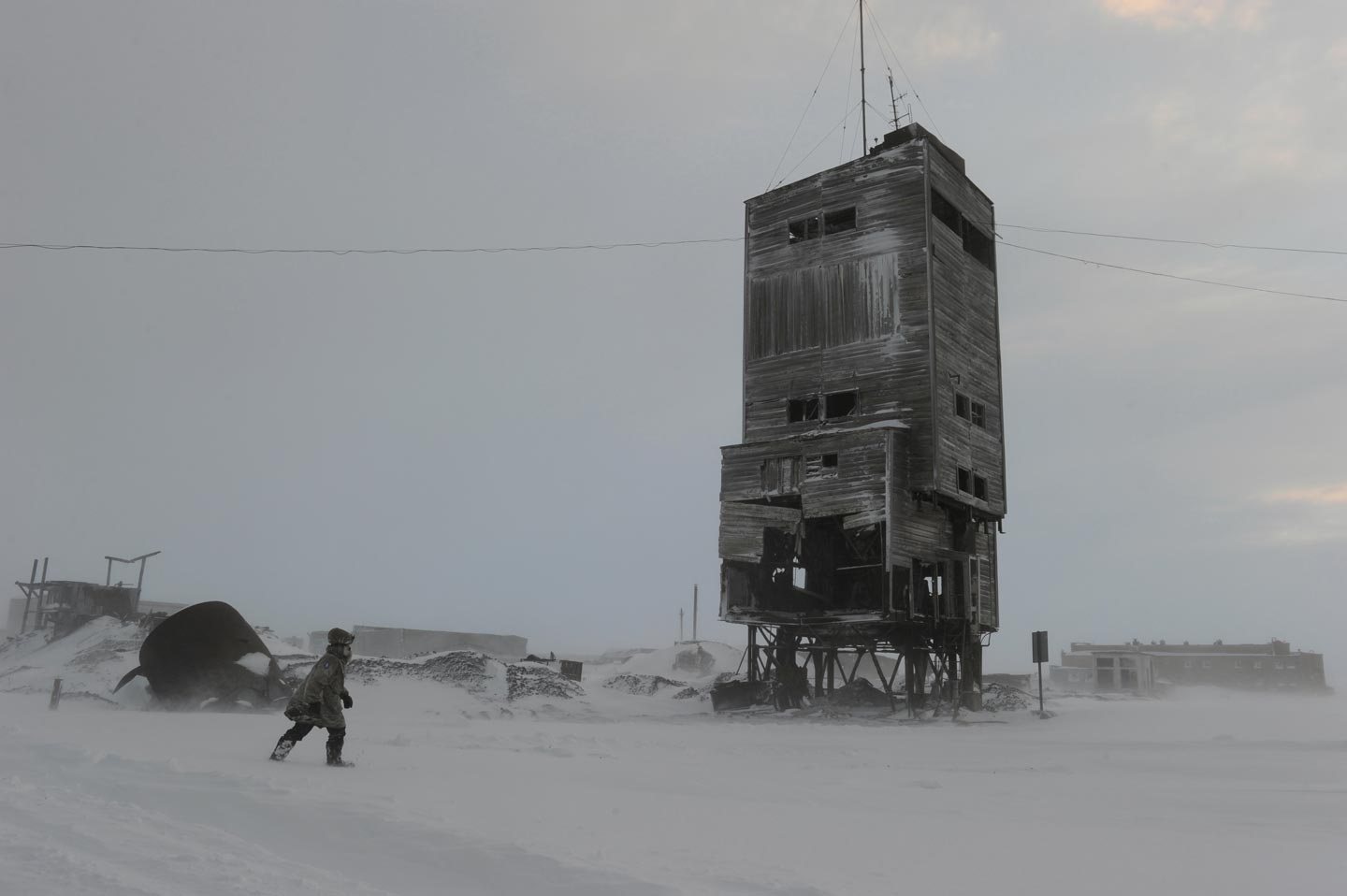 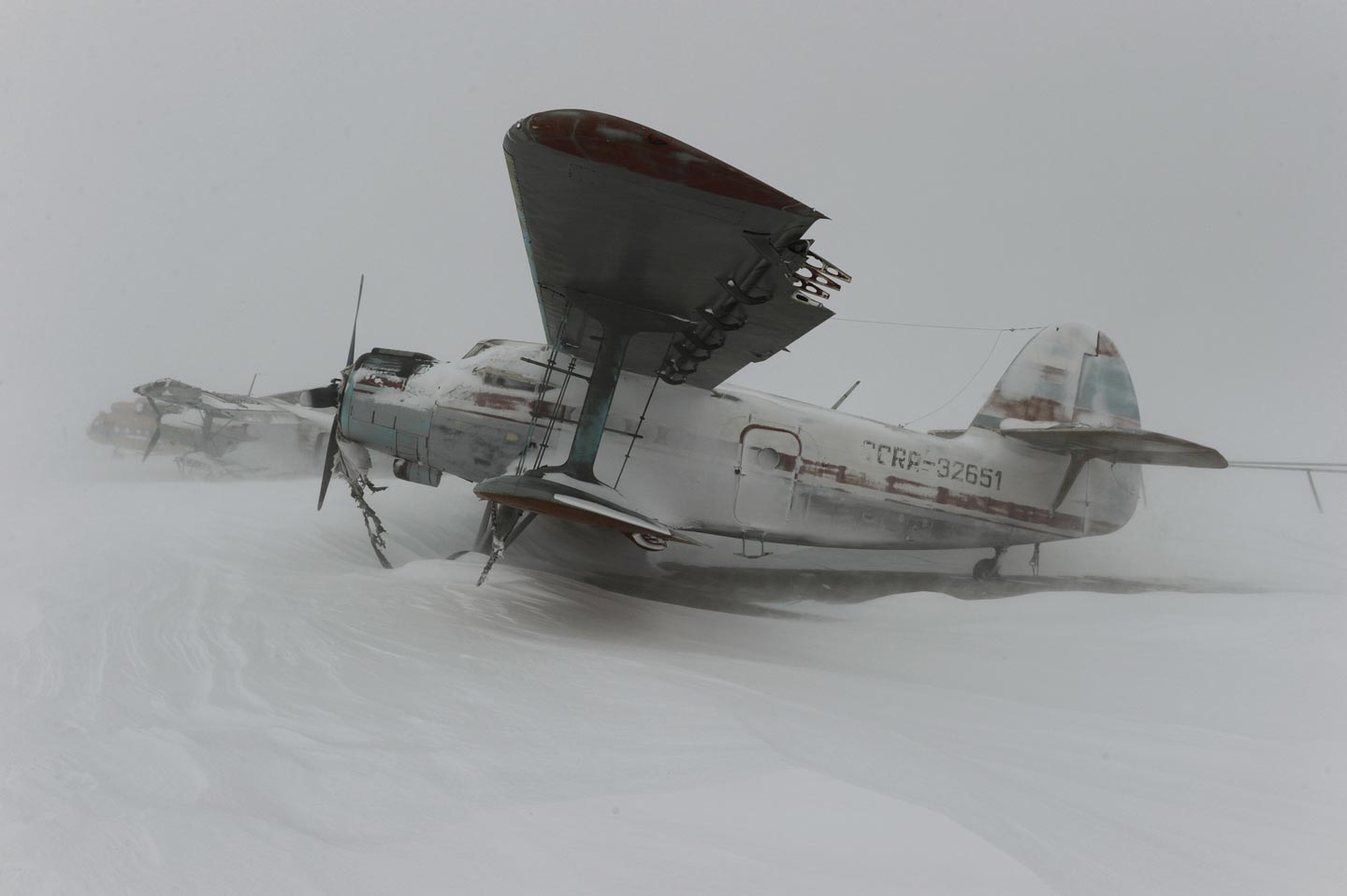 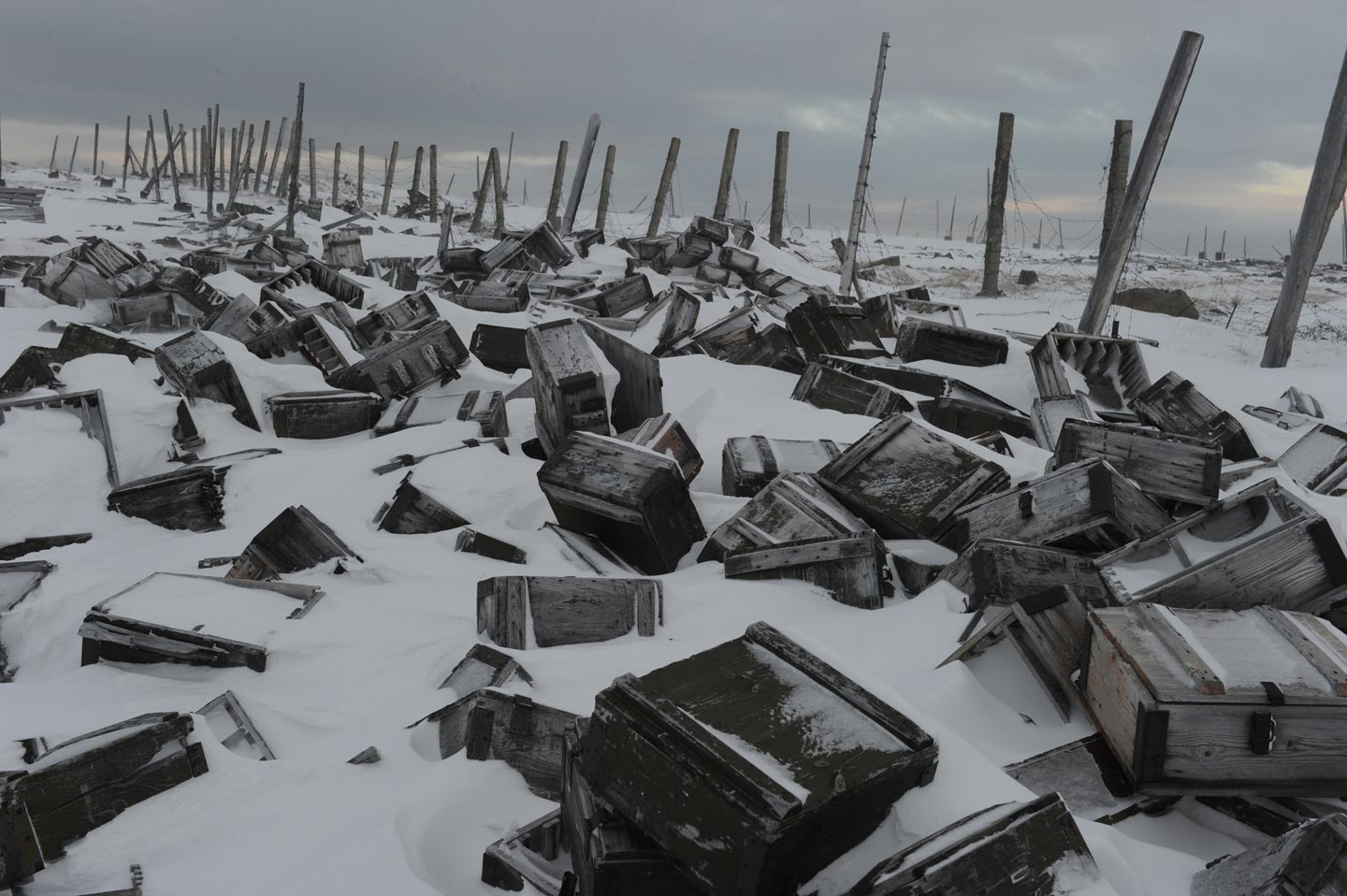 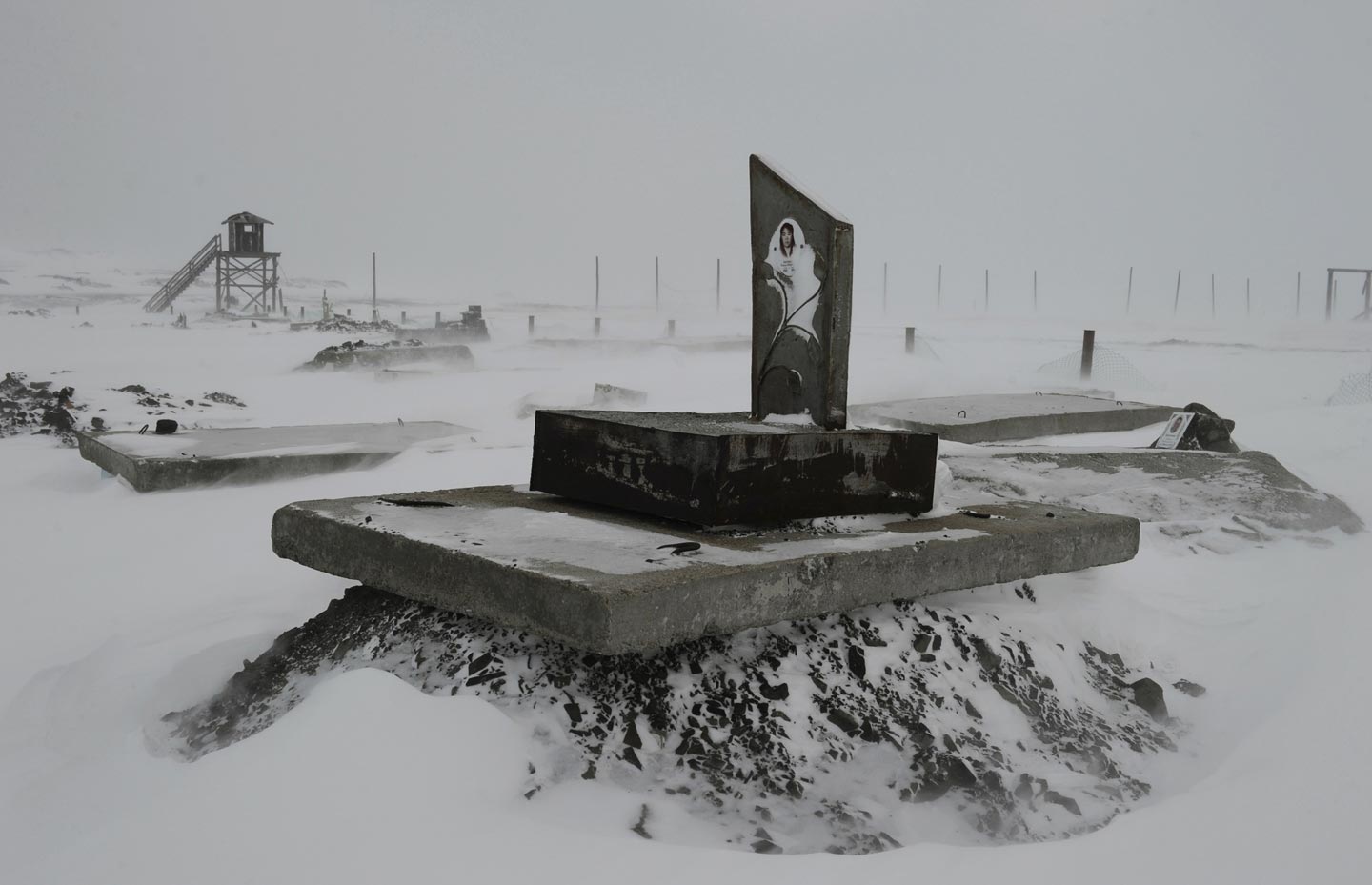 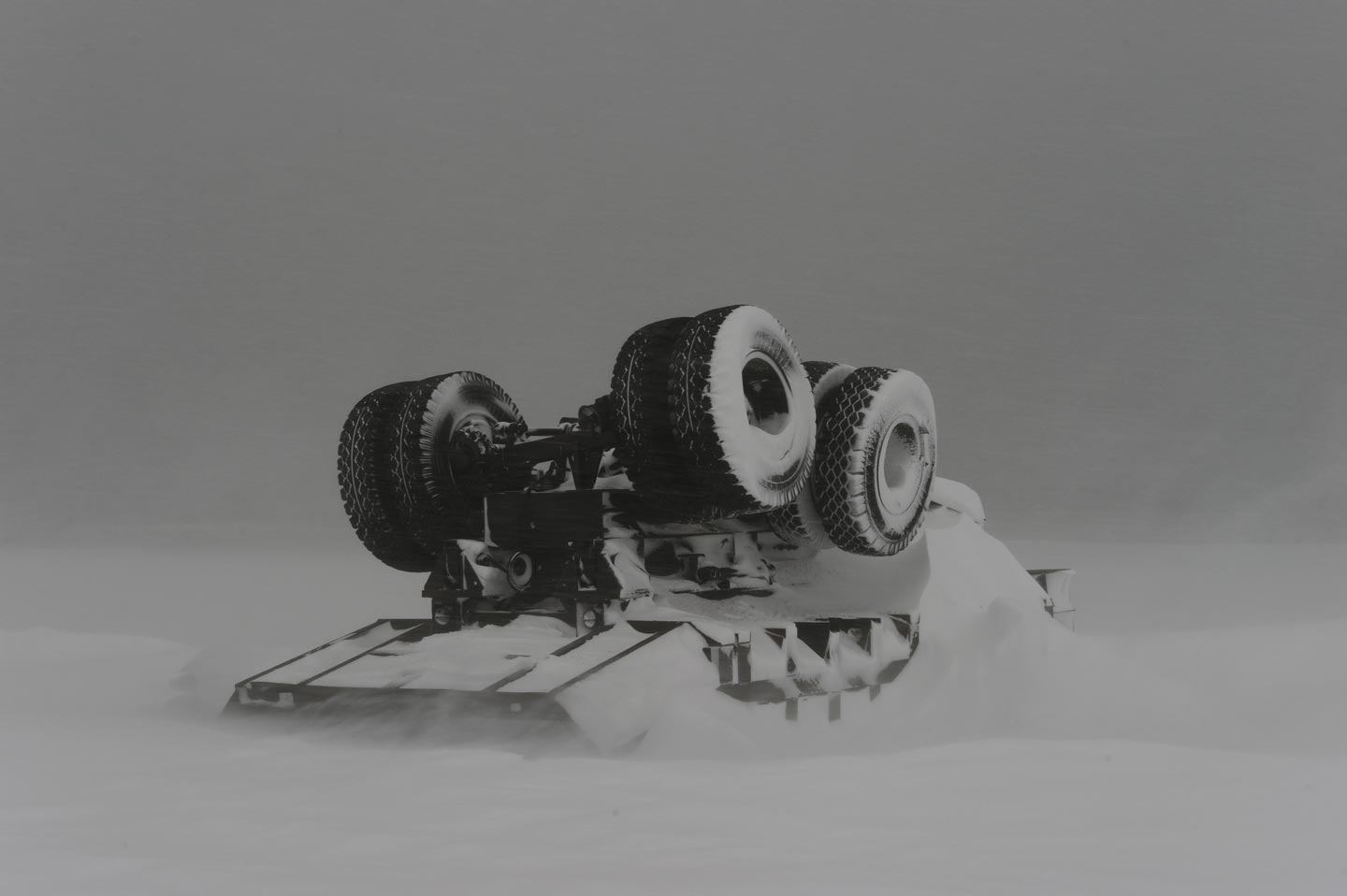 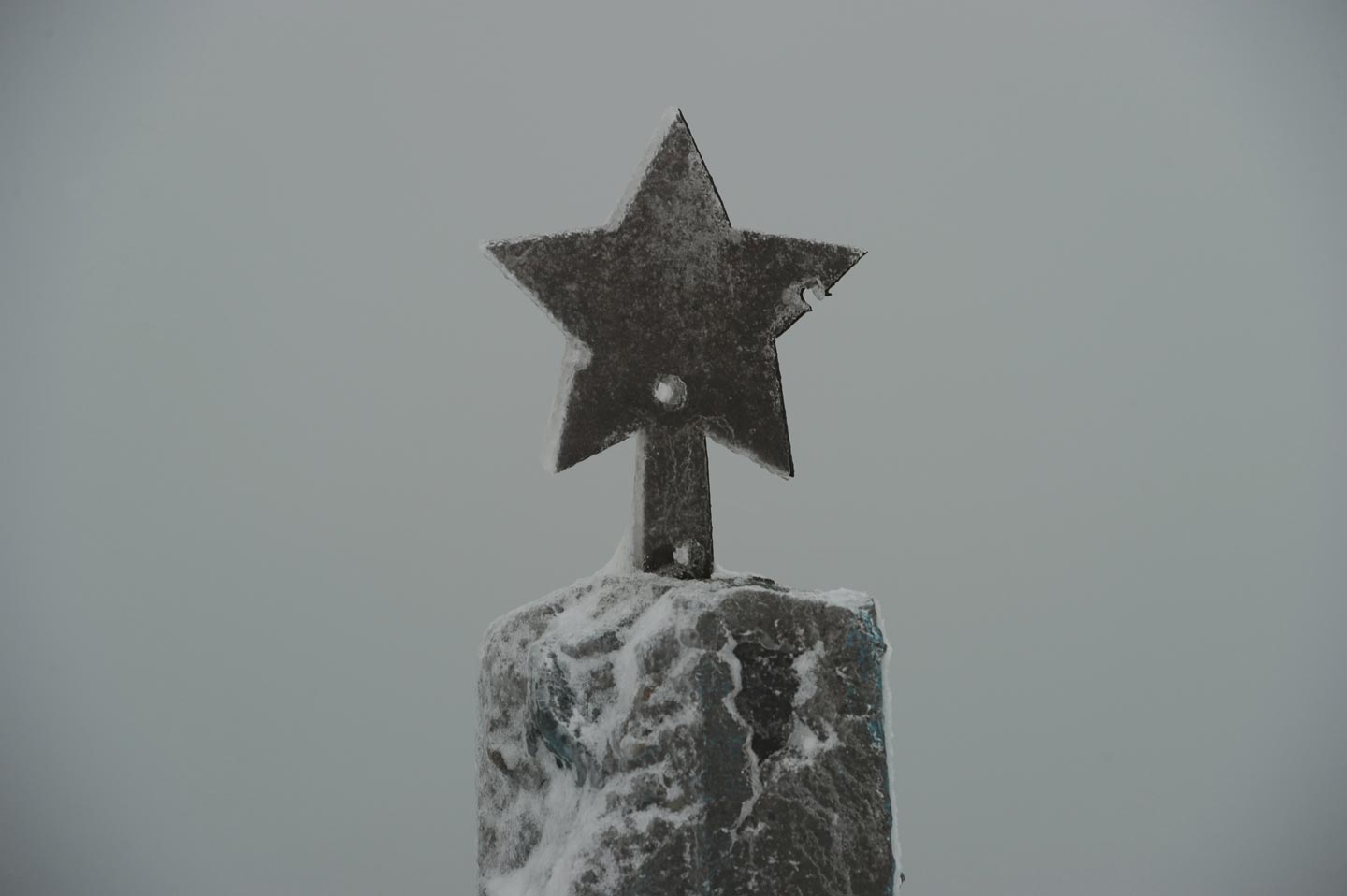 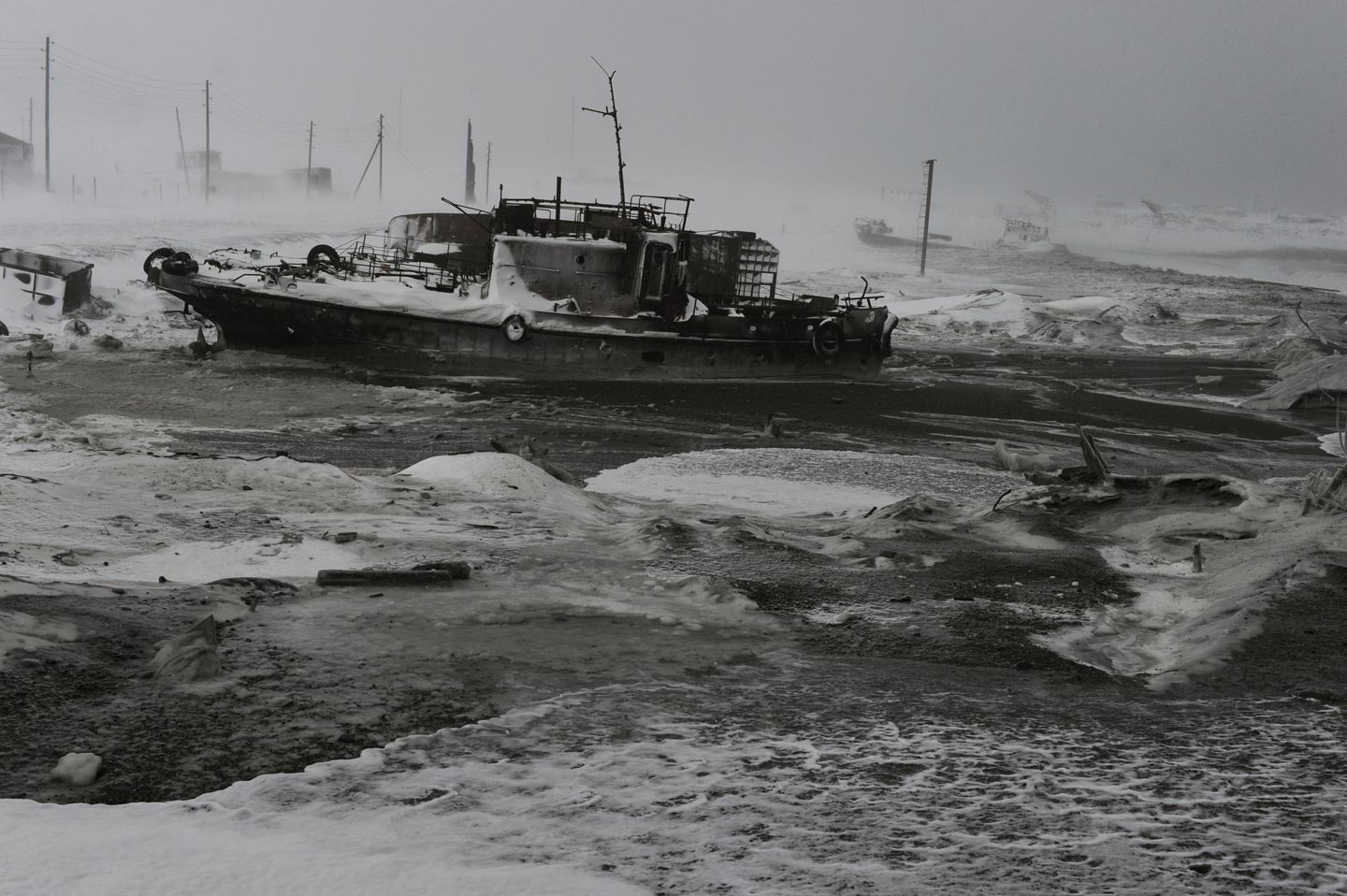 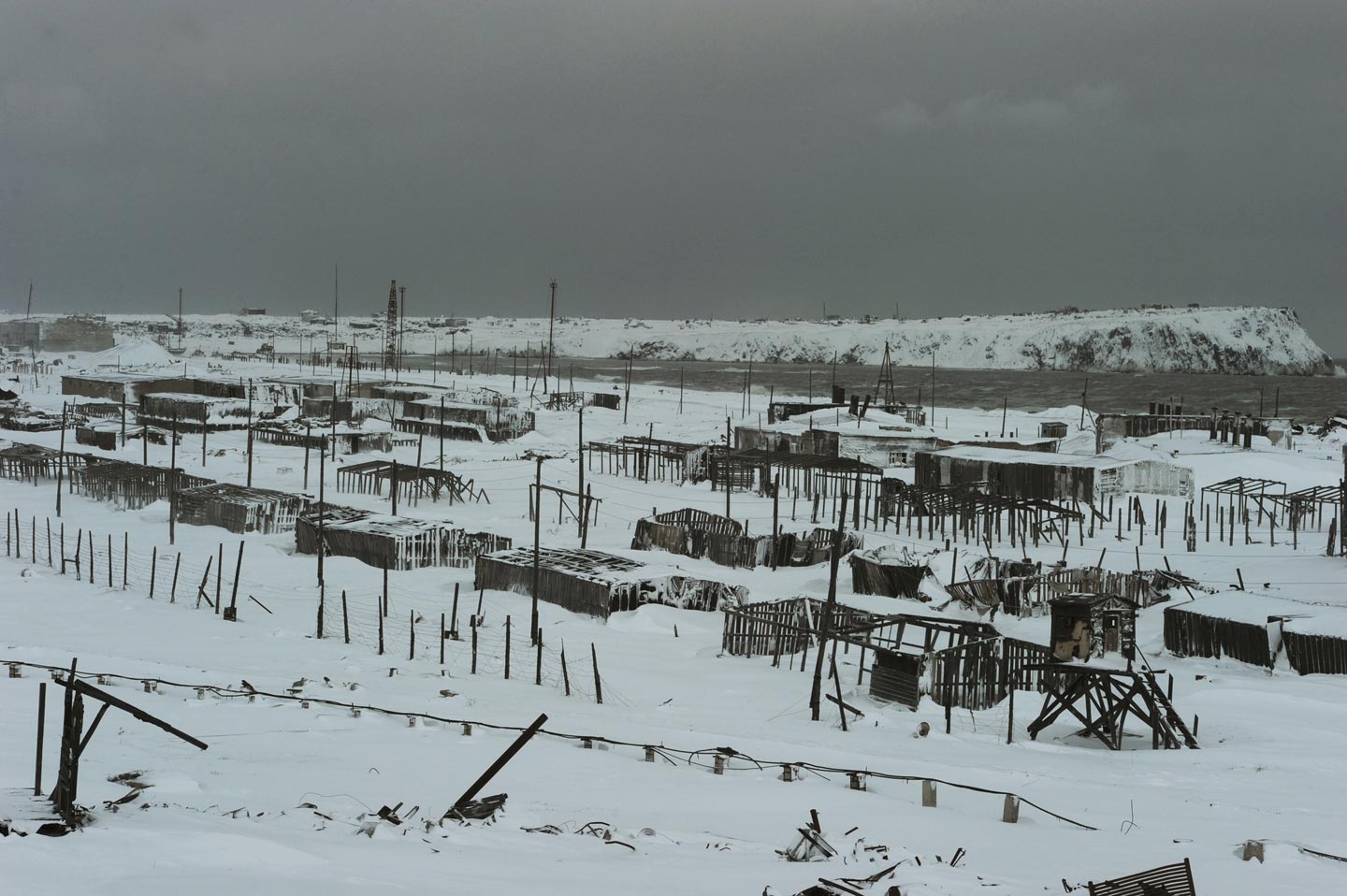 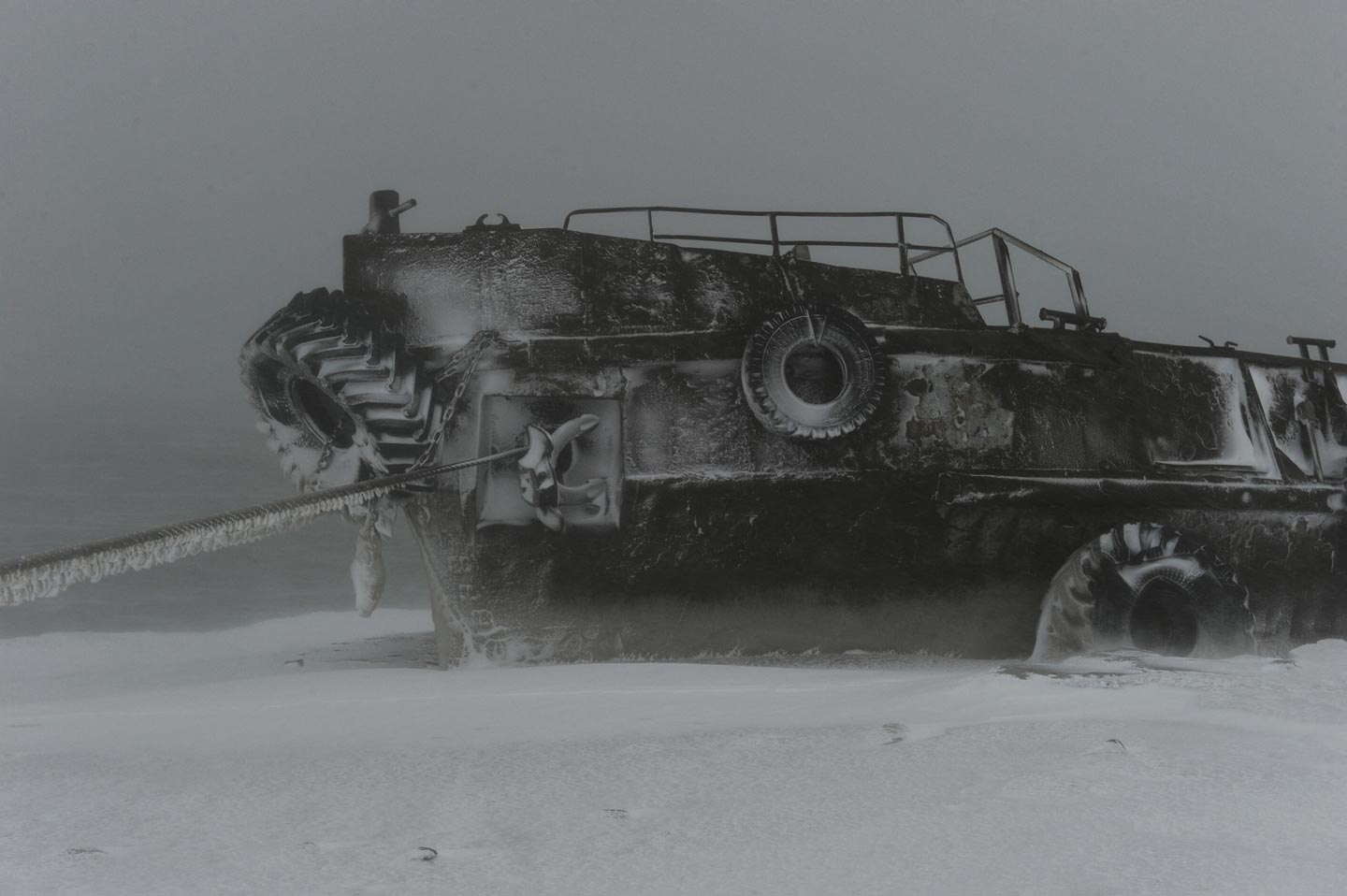 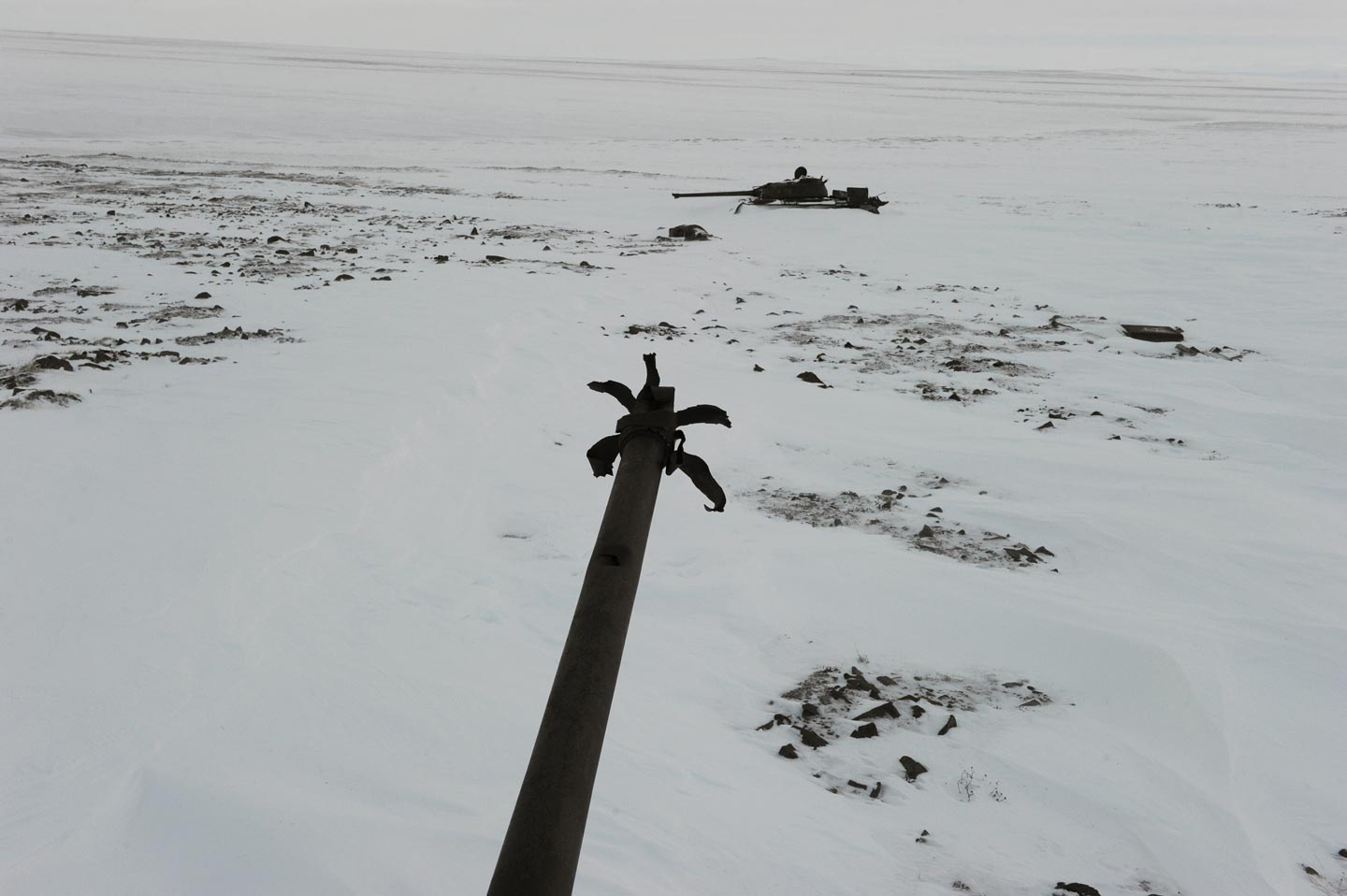 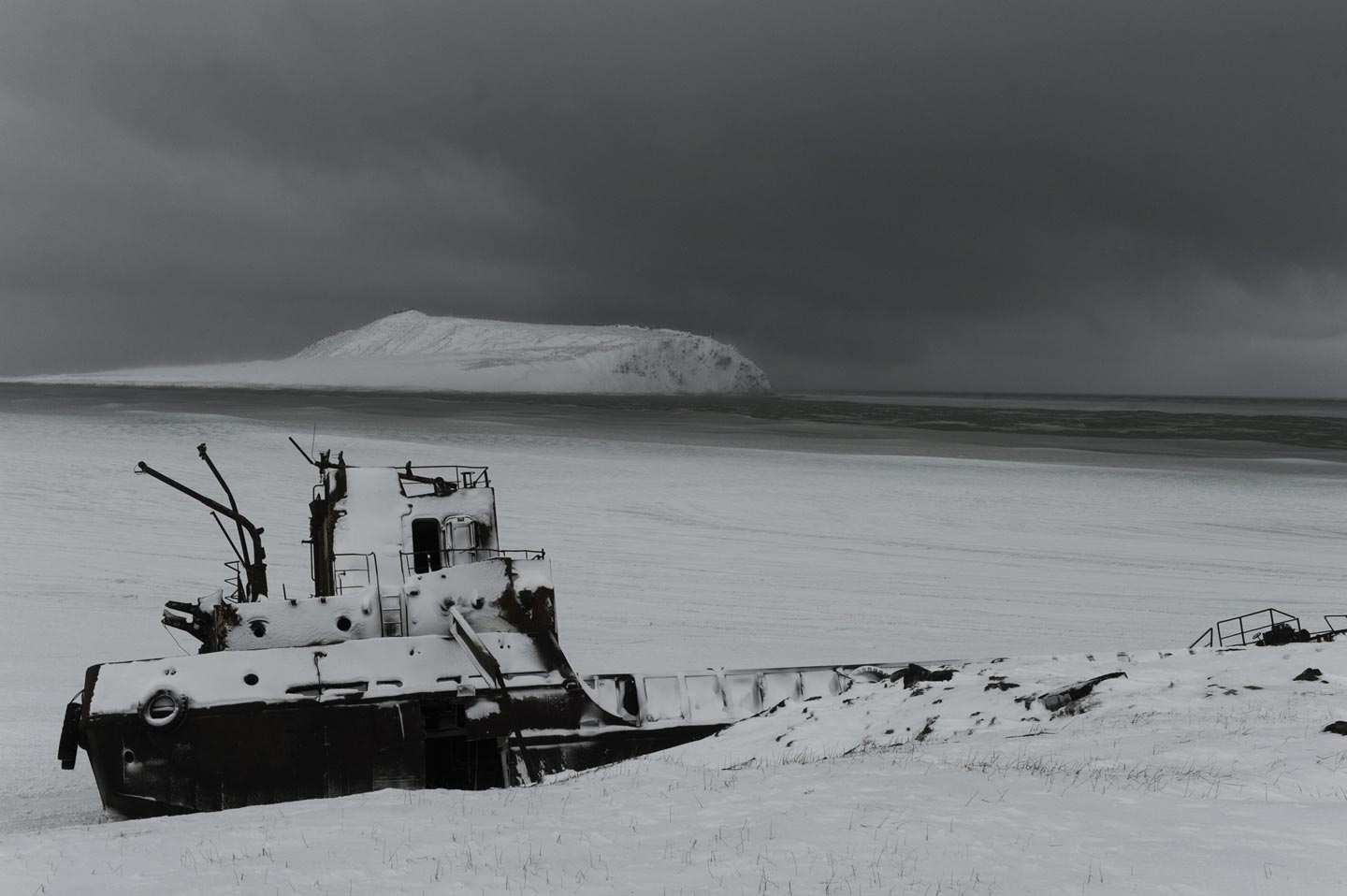 We can imagine how surprised 48 year-old Latvian photographer Andrey Shapran was when, during an expedition to the remote Chukotka region in far east Russia to photograph the local fauna, he literally stumbled upon an abandoned military air base from the Soviet era. His pictures of the site were recently shortlisted for the inaugural New East Photo Prize, and will be exhibited with all the excellent works by the other finalists in London at Calvert 22 Foundation until next 18 December (see here for more details).

In short: people. Ordinary people who live around us, their interests, concerns, problems, their joy and hopes. People are amazing in their uniqueness and multiple appearances, they awake emotions and inspire. As a rule, they provide that raw material that does not allow me to rest, and makes me look deeper into each personality.

The other thing that inspires me is that feeling of the present time, the idea that we witness a part of a bigger history—we live in it. And I try to find and record small stories, re-discover forgotten places, weaving my own pattern in our common history.

What is the place you photographed in Russia’s Chukotka region, and how did you find out about it?

This is an abandoned military base from the Soviet era, and more precisely an air defense base where military planes were landing and taking off. It was founded in 1954, forgotten in the 1990s and completely closed in the 2000s. The base is located on the southeastern coast of Cape North, Russia, near the Cape Schmidt settlement. Frankly, I found the place by accident: I was visiting the national Chukchi village Ryrkaypiy in the neighborhood to photograph the largest walrus colony and later in winter, the polar bear migration.

What difficulties did you have photographing in such a hostile environment?

First of all, the cold. It was very hard to cope with. Had it only been cold outside it would’ve been okay, but in my room the temperature was around 10-13 degrees Celsius. I didn’t have any chance to get warm, let alone feeling comfortable.

Another issue was the deep snow. Sometimes it was incredibly hard to pull my feet out of it. Huge human-size snowdrifts formed within just a few hours, and when they crossed my way they obscured and transformed the landscape around me.

Finally, the wind also complicated everything. The strongest snowstorms roared day after day—the weather was absolutely terrible, even for Cape North’s standards. Severe blizzards and poor visibility were my working conditions. My fingers were frozen, my face and eyes slashed by scratchy snow. The snow charges came one after the other; I used the short pauses between them to shoot with my back against the wind.

Can you talk a bit about how you approached the work? What did you want your images to communicate?

The main thing for me is the interaction between nature and human history. It was astonishing to observe the power of northern nature, how it’s destroying all those forgotten vehicles, buildings and planes; how a part of the civilized world is dissolving in sea salt, water, wind. And as I already mentioned, in my northern work I try to show nearly unknown places, to discover them again in their modern state. Those lands are beyond the general public interest: as a rule, nobody knows what happens there, how and why people live there. But all this is our history. However we judge the past and present, we must know it and remember.

The grayish tones of the photographs reinforce the haunting atmosphere of the place. Did you obtain those tones in post-production or is it just how things looked over there?

I did not use any post-production tools. The Cape North photographs are so colorless because of the cloudy weather and the dim light dispersed by falling snow. In addition, the approaching polar night left only shades of grey in the landscape with the subtle touch of color on the human-built objects.

Not really. The environment itself was so unusual, immense and deserted, so impressive with its complete dependence on the elements of nature. That was enough to keep me interested and inspired.

God knows! Through all my professional life I continue to build up my relations with photography, and do it mostly on my own. I began my career working in drama theaters, then went out to the big world and travelled a lot in Siberia, the Far East and finally reached the Northern lands of Russia. Those trips were partly on assignment, but the most interesting ones I took spontaneously.

I would say that the main influence was life in Russia itself, which differs from life in both wealthier Western countries and the more exotic Asian countries. Large distances, unique national character, diversity of nature and tough climate, rich blend of nationalities and multiculturalism—in other words all what makes our country herself, I think, shaped me up as a photographer.