Aapo Huhta reveals his ideas behind  Block, an intriguing photobook in which he transforms New York in a sterile, depersonalized metropolis." >You will hardly recognize the city of New York's in Aapo Huhta's sinister images of urban details and unaware passers-by."/> New York Is an Anonymous and Distopic City in Aapo Huhta's 'Block' Photobook | FotoRoom 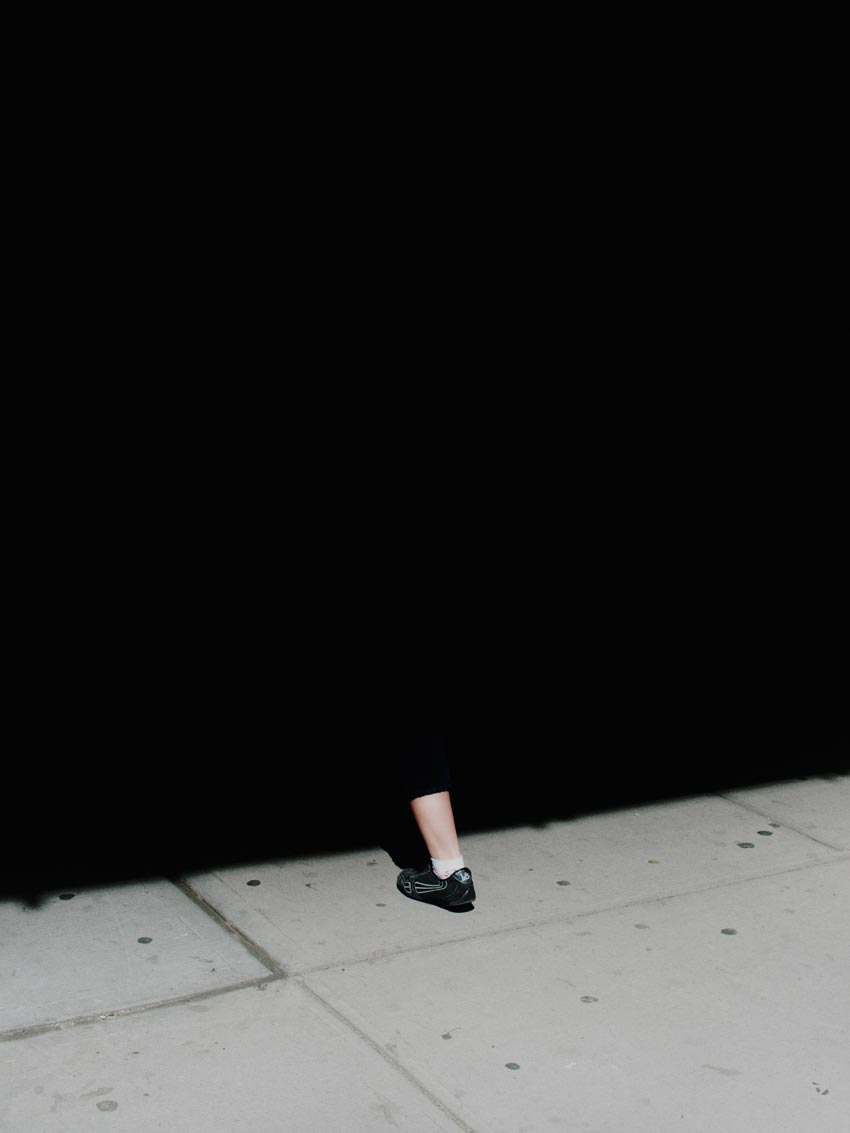 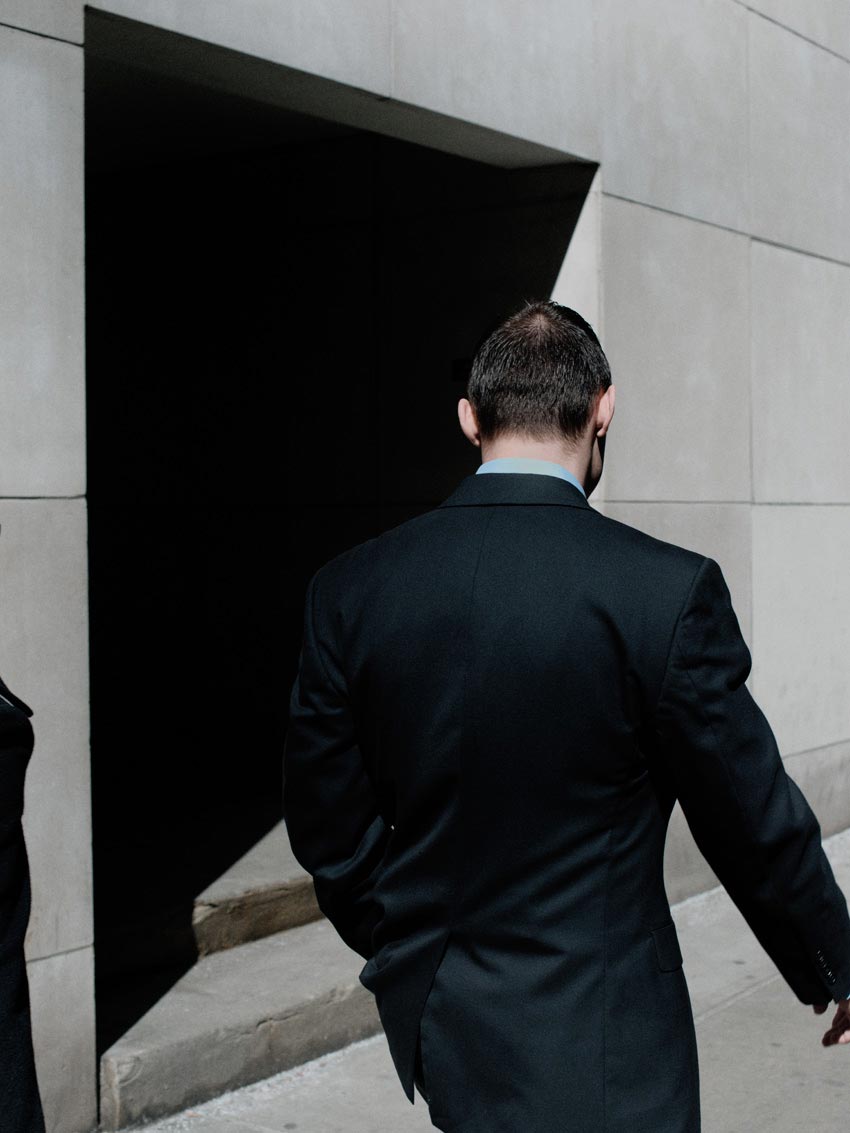 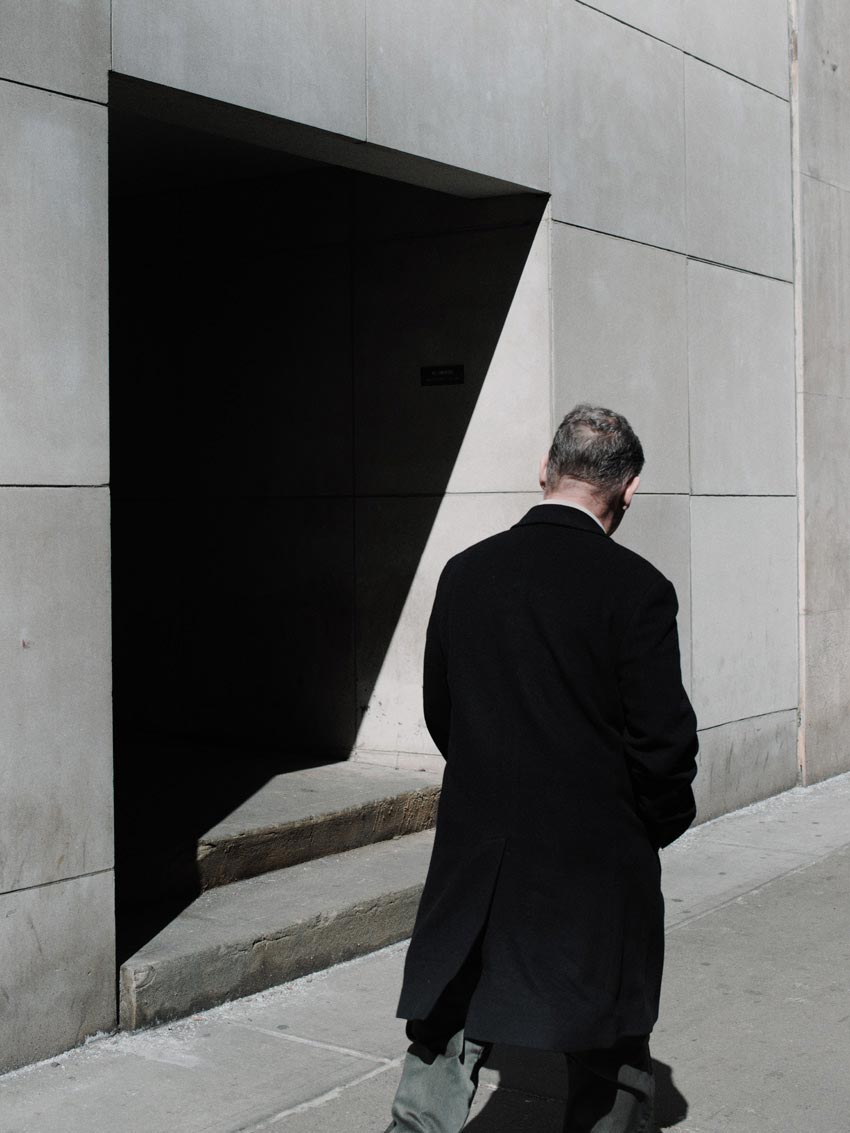 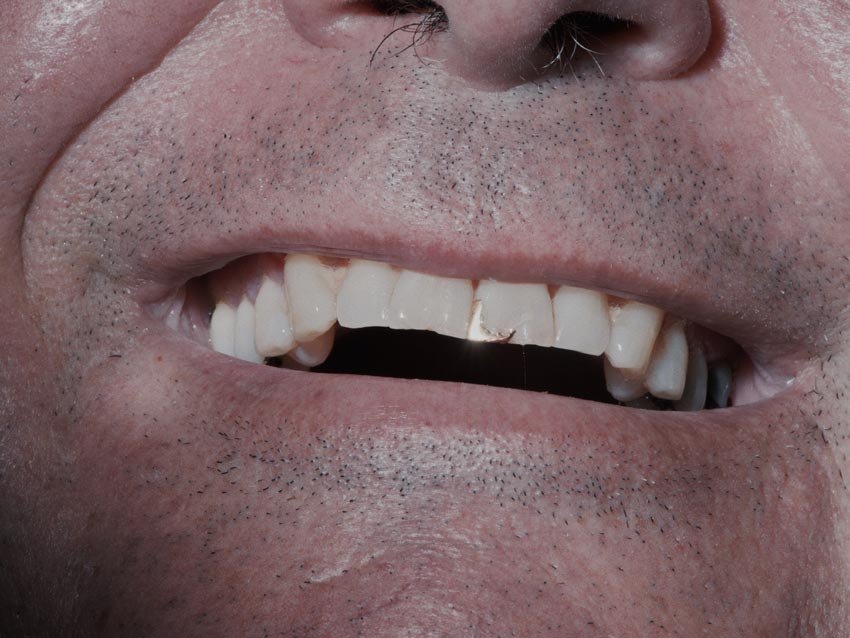 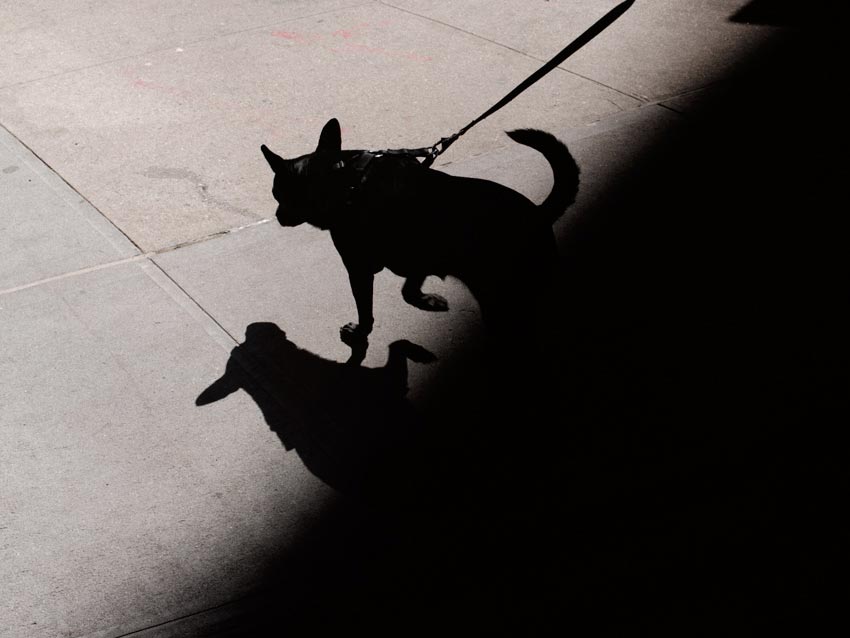 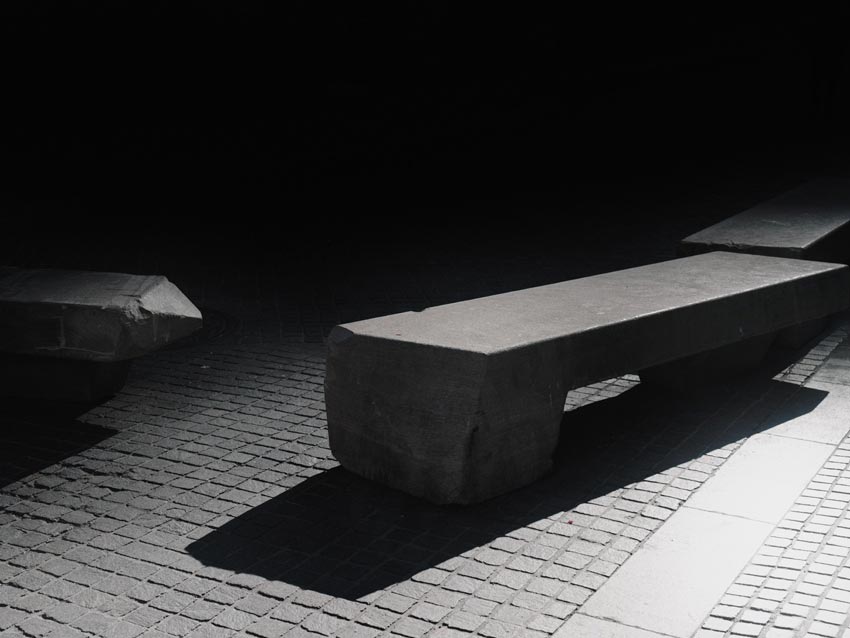 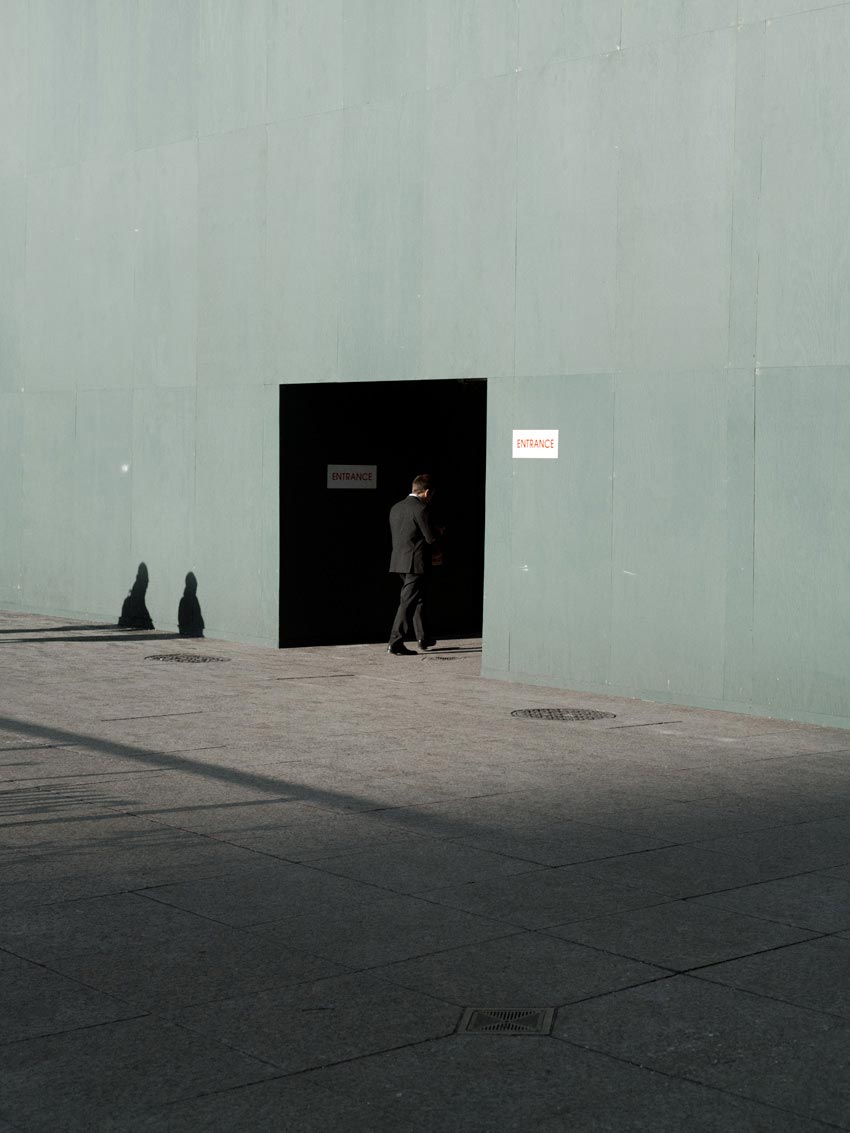 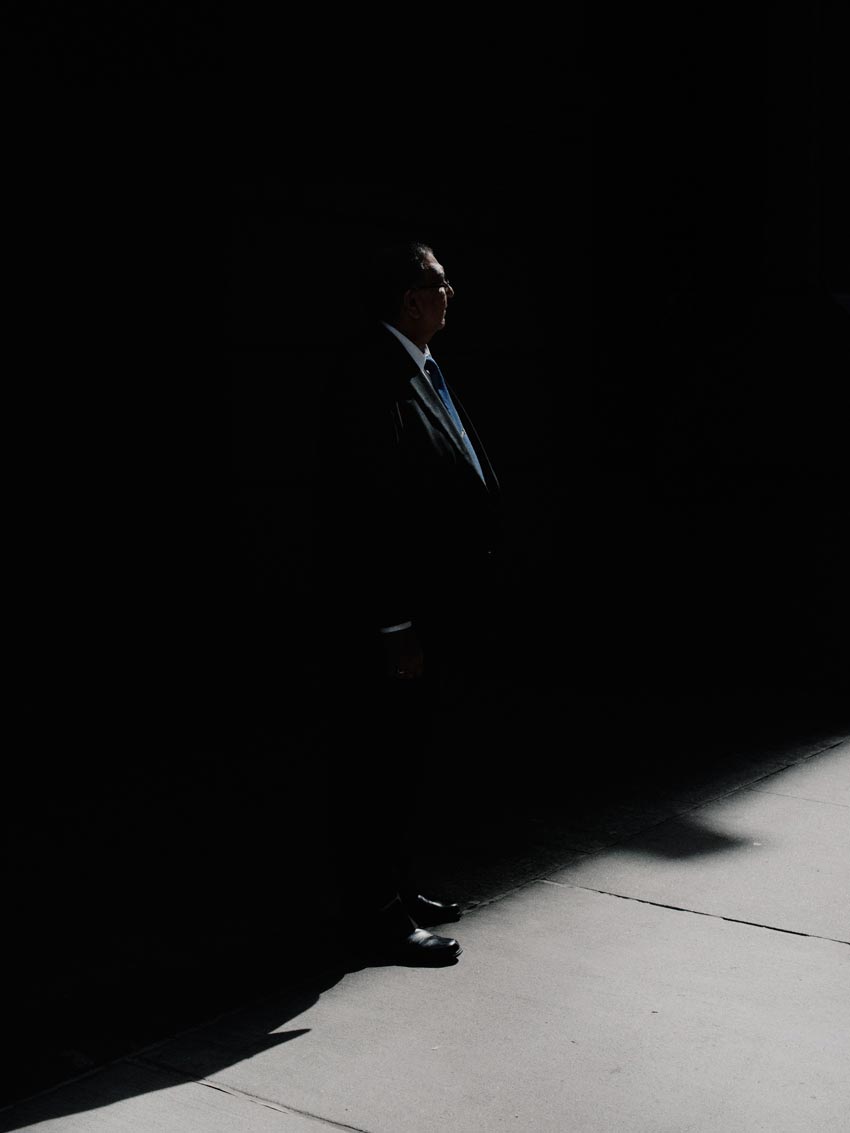 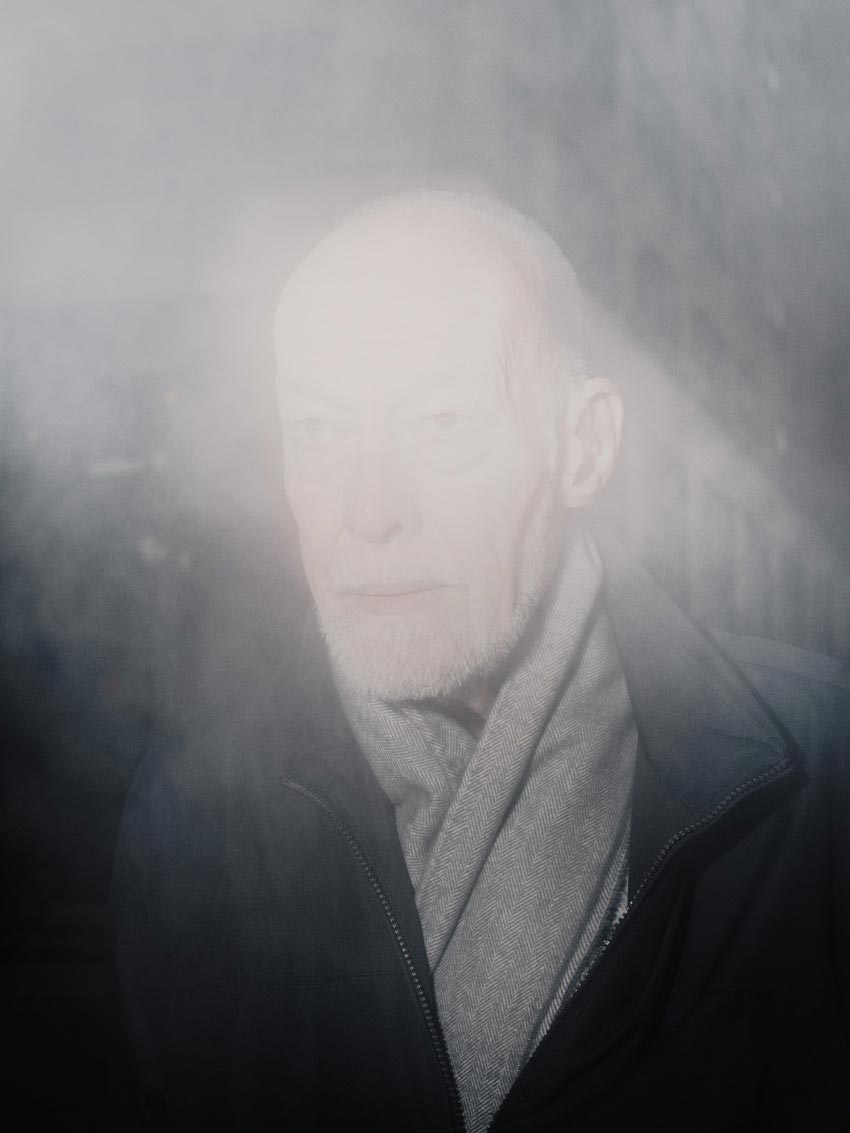 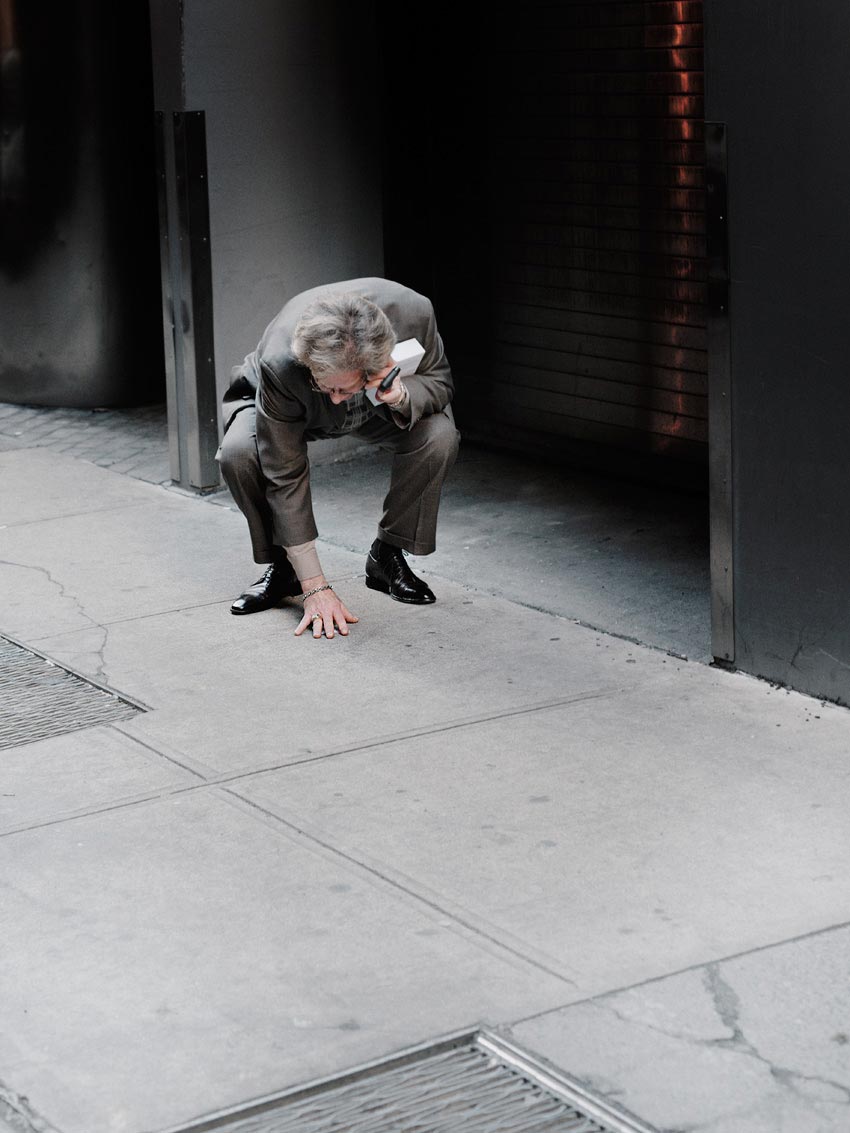 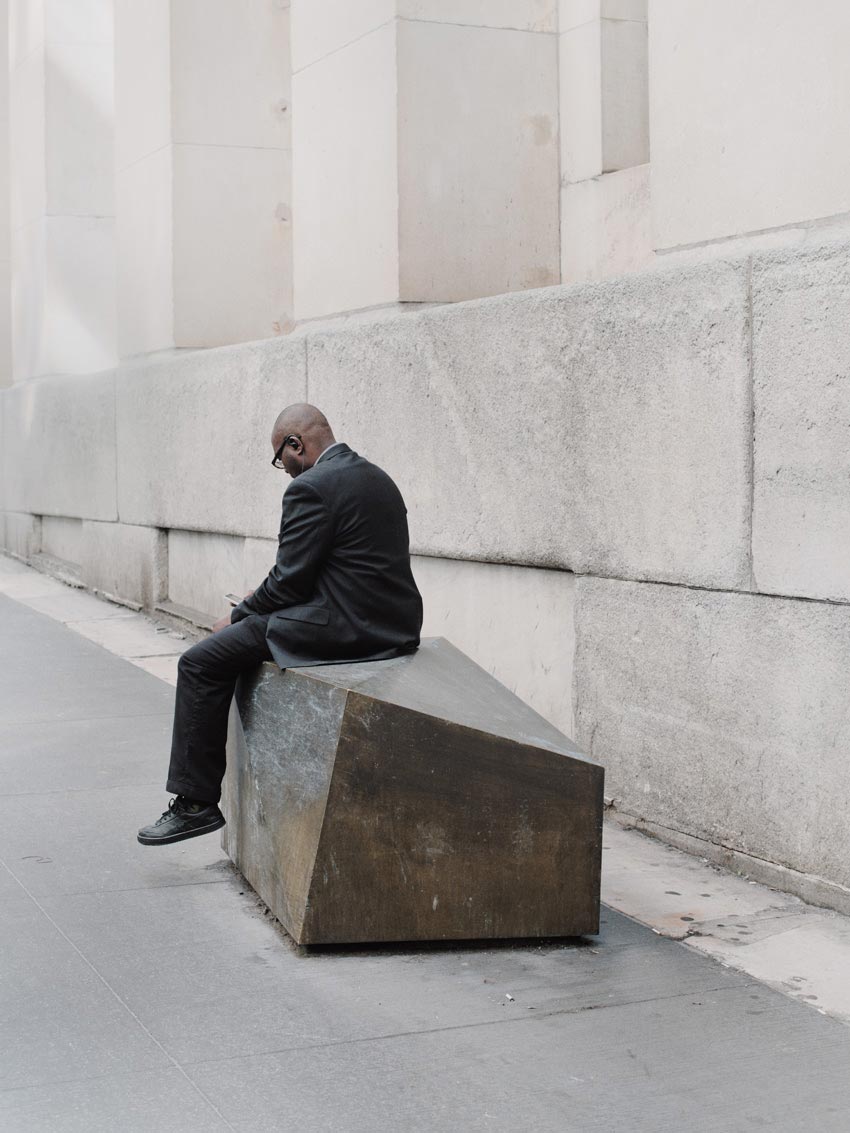 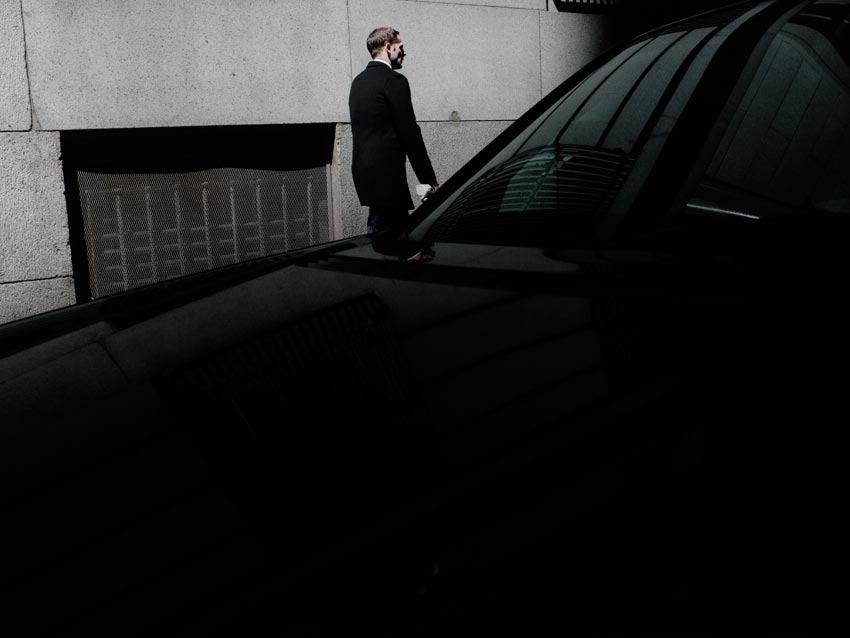 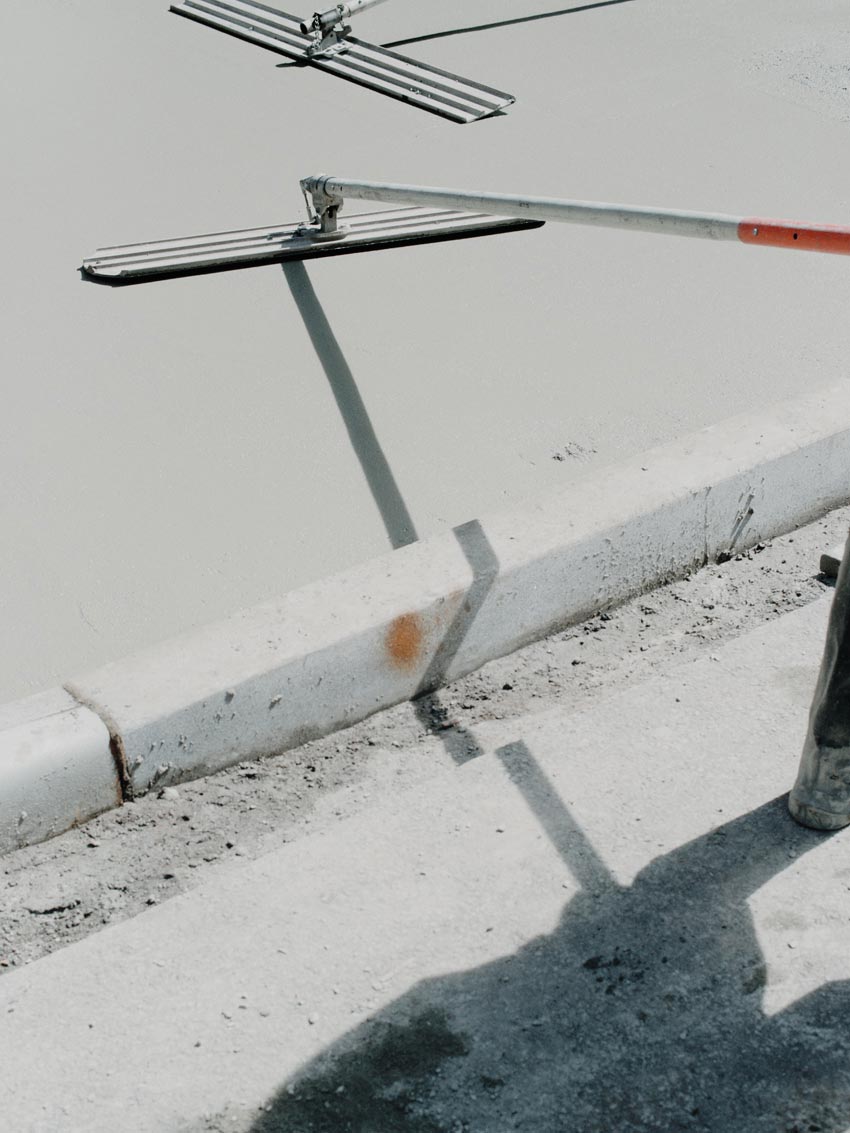 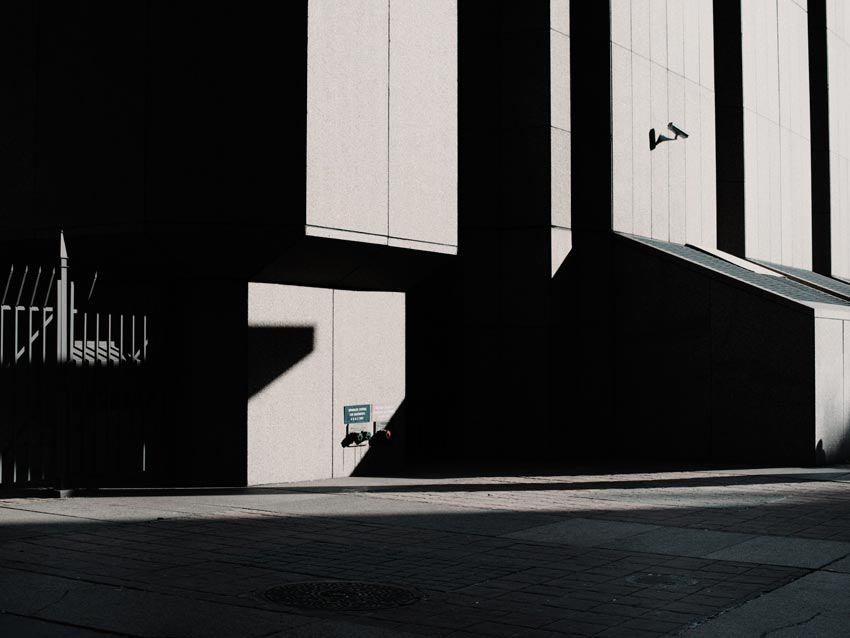 IN THIS INTERVEW > 30 year-old Finnish photographer Aapo Huhta reveals his ideas behind  Block, an intriguing photobook in which he transforms New York in a sterile, depersonalized metropolis.

Block is published by Kerher Verlag and is available to buy from Photo Eye.

Hello Aapo, thank you for this interview. What are your main interests as a photographer?

My photographic work is somewhat documentary in its essence, although I sometimes struggle with the idea that documentary photography still has a value as a game changer in social structures or political dilemmas. The claim that social documentary can change the world for the better is an interesting idea and constantly relevant, but in a world overwhelmed with billions of images, I don’t see it has much of an impact anymore. Therefore, I’m more interested in documentary photography as a grammatical tool used to read photographs and in the different methods employed to depict the world we live in. So, I’m mostly focusing on finding my own language within this tradition, and it can be seen as a continuation of post-documentary movement.

Please introduce us to your latest work Block.

Block is my first book, published by Kehrer Verlag in September 2015. It was shot in New York during the years 2014 and 2015. I had a specific approach to use the street as a framework to portray my experience of the city.

The book is an essay on the city from a stranger’s perspective and is situated in this era in which it seems to me that some kind of a new, global consciousness is changing our ideas about life from a unique experience into something of a merely meaningless repetition. Included in the book is a short story by Jenny Hollowell that discusses this topic with its own language, and I really enjoy the ambiguous union the text creates together with the photographs.

What inspired you to create Block, and what are you trying to communicate with these images?

It started quite unconsciously as I was a newcomer in New York and I used to spend my time just wandering around downtown Manhattan. Sometimes I took a camera with me and shot random photos, most often driven by the observation of for example a shape or a peculiar light. At some point I returned to these images and that was the second beginning of the project, the moment it became more conscious.

I started to play with the idea of an anonymous city and me playing the protagonist in the distopic story the book exposes. I made the images specifically for the book format. It’s a game that starts by not showing too much in the beginning, but then sucks the viewer in little by little and reveals more of the exclusive world the photographs are creating.

One of the main characteristics of Block is the stark contrast between light and shadows. Can you explain how you used this contrast, and to what effect?

In general, New York is an easy place to make photographs as it offers quite unique light and architecture. It’s also so crowded that it’s relatively easy to approach strangers. It’s a completely different environment to where I come from, which is more quiet and reserved. At the same time New York is difficult as it’s like a shrine for photographers: there’s such a strong tradition of photography made in the city that it’s almost impossible to create something new. As well as other photographers, I was impressed by its peculiar light, and quite many of the images in the book share this first impression of that light. For me, the light has been a main tool to show the city from a different perspective than how our eyes normally see it.

Is there any of the Block images that you consider particularly significant for the work?

I have some favorites, like the smiling man with the golden tooth, or the picture of a different man forming a sculpture-like shape as he comes out of the smoke. But when working with the book format, different images have different roles and therefore they have different qualities. At the moment I’m trying to play around with the images in order to find an exhibition form for the work. So, I think they all matter to me in different ways.

Did you have any specific references or source(s) of inspiration in mind while working on Block?

As I was quite much aware of the tradition of New York photography I tried to study it a lot just to know where I’m standing with my images. I can see some similarities with the works by Paul Strand, Ray Metzker, Philip-Lorca diCorcia and Paul Graham, but I believe I found my own story with these images.

Immersing oneself in such a narrow arena as photobooks and narratives are, it can be hard to find new titles that feel truly spectacular. Additionally, I sometimes feel that I have created some kind of a bubble around me where photography plays a huge role and it makes me believe that all the people care about it as much as I do, which is not true of course. Anyways, I feel that there are some old favourites that have remained in my mind, like Diane Arbus for example. Then there are some others that come and go usually. During my studies I was really into works by William Eggelston, Bruce Gilden, Pieter Ten Hoopen and naturally Alec Soth, who unavoidably tends to be the main influence for the photographers of my generation.

I really like the works by Lars Tunbjörk and Bruce Gilden. They share this very photographic quality of a single image showing the world from this slightly twisted angle that I enjoy so much and I feel I can always return to.

I used to play in a band before photography took all of my time. But lately I’ve been making some new songs again and I like it a lot. It feels like a hobby to me and I have no need to take it too seriously. It’s just a lot of fun.