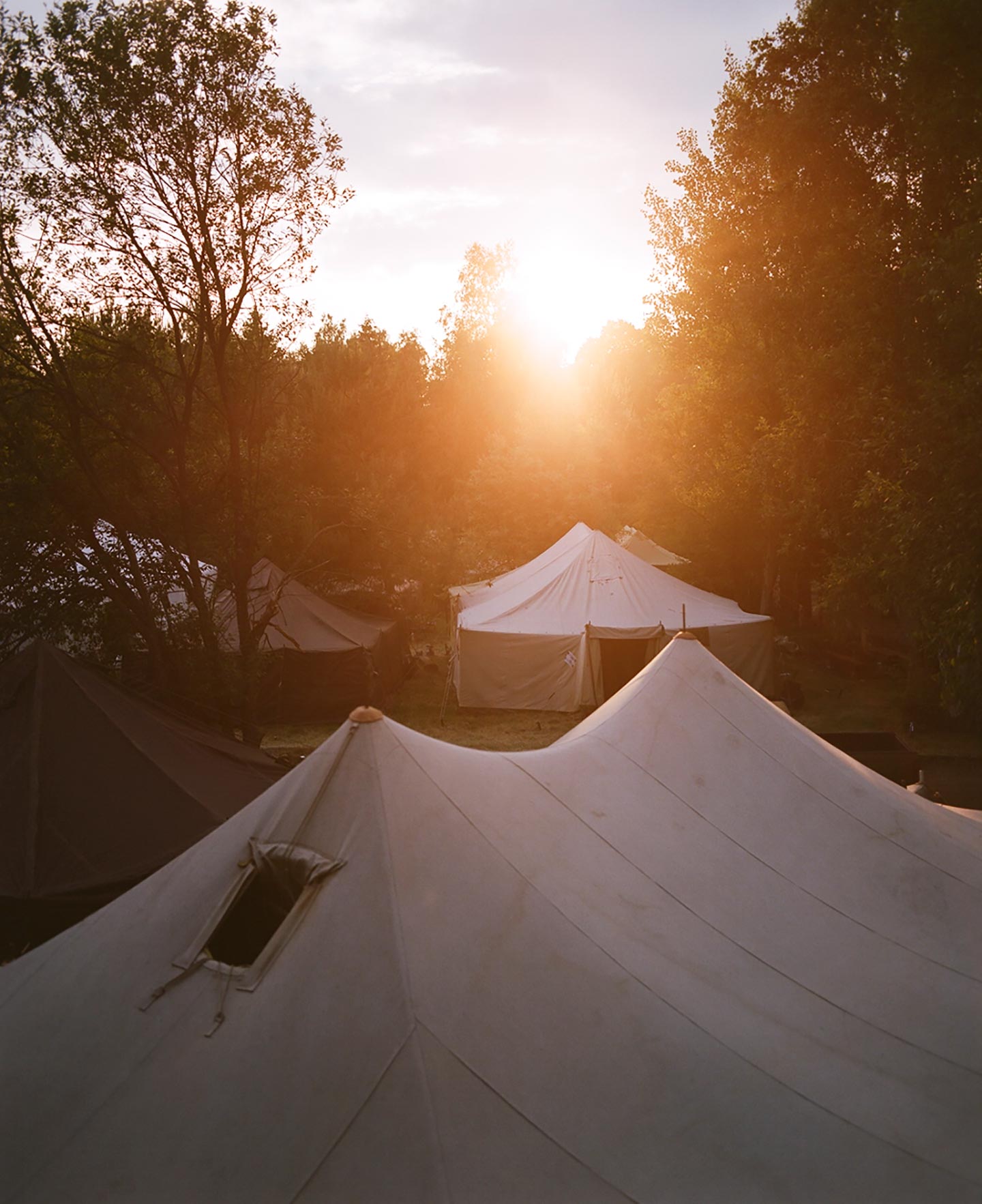 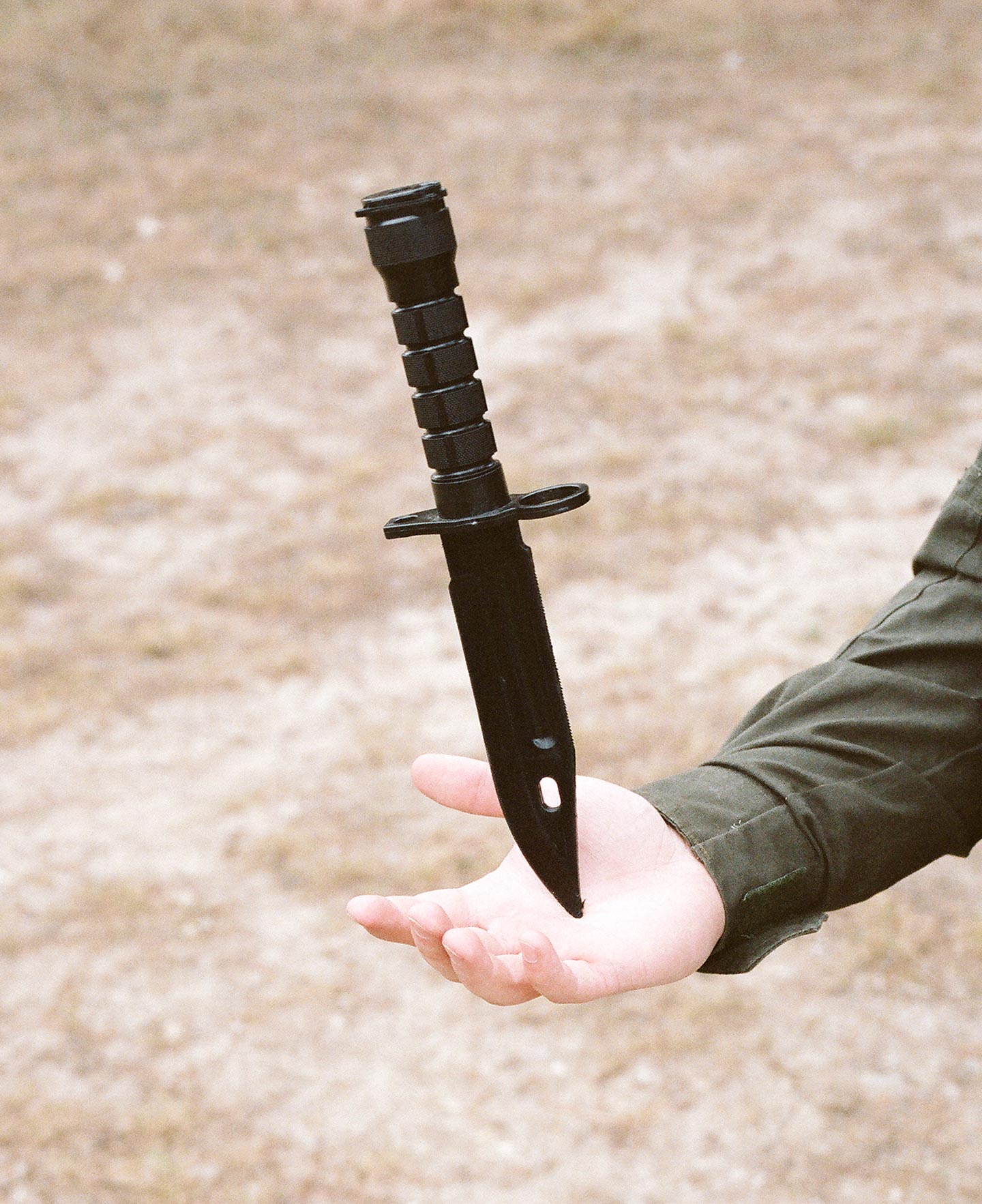 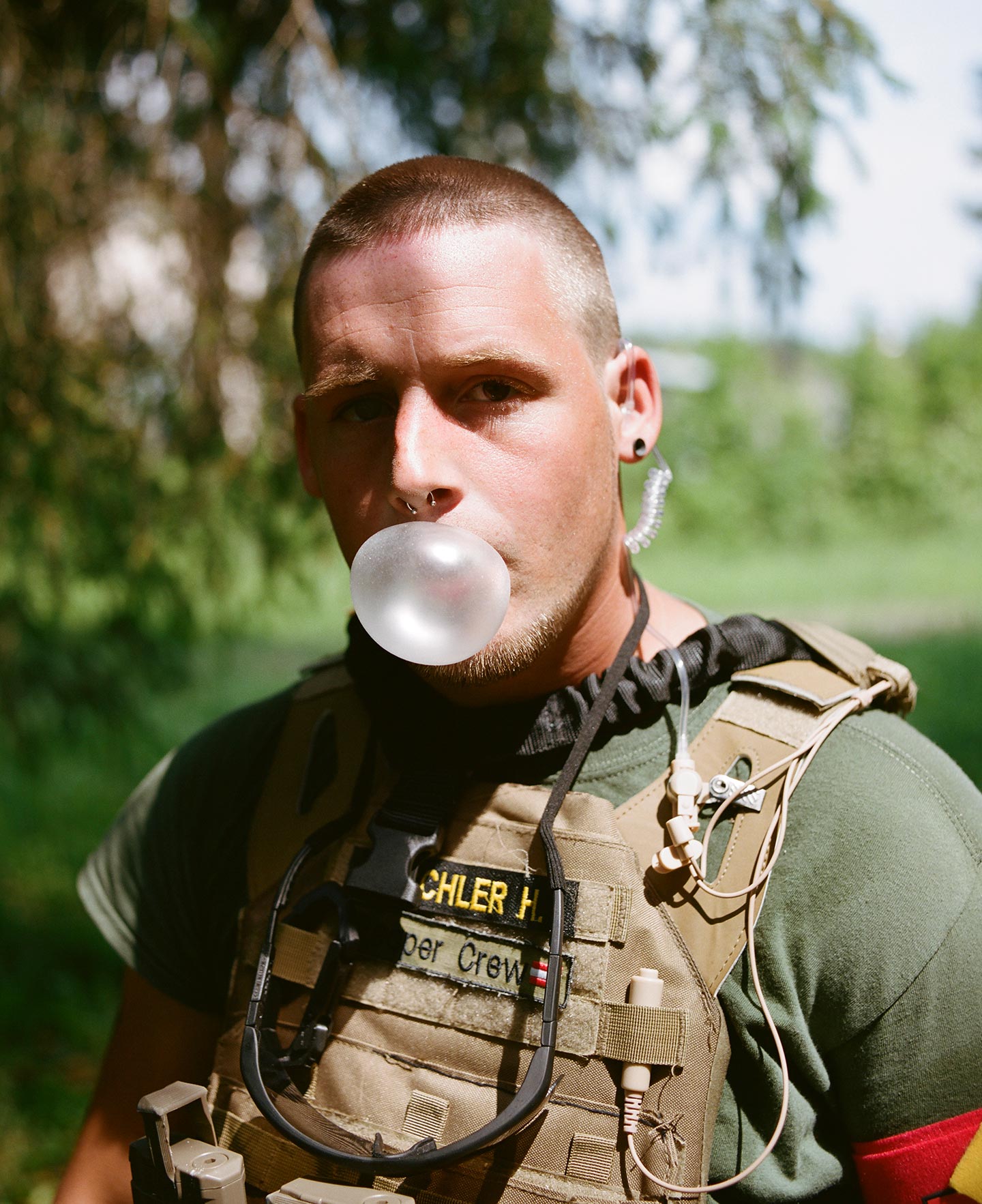 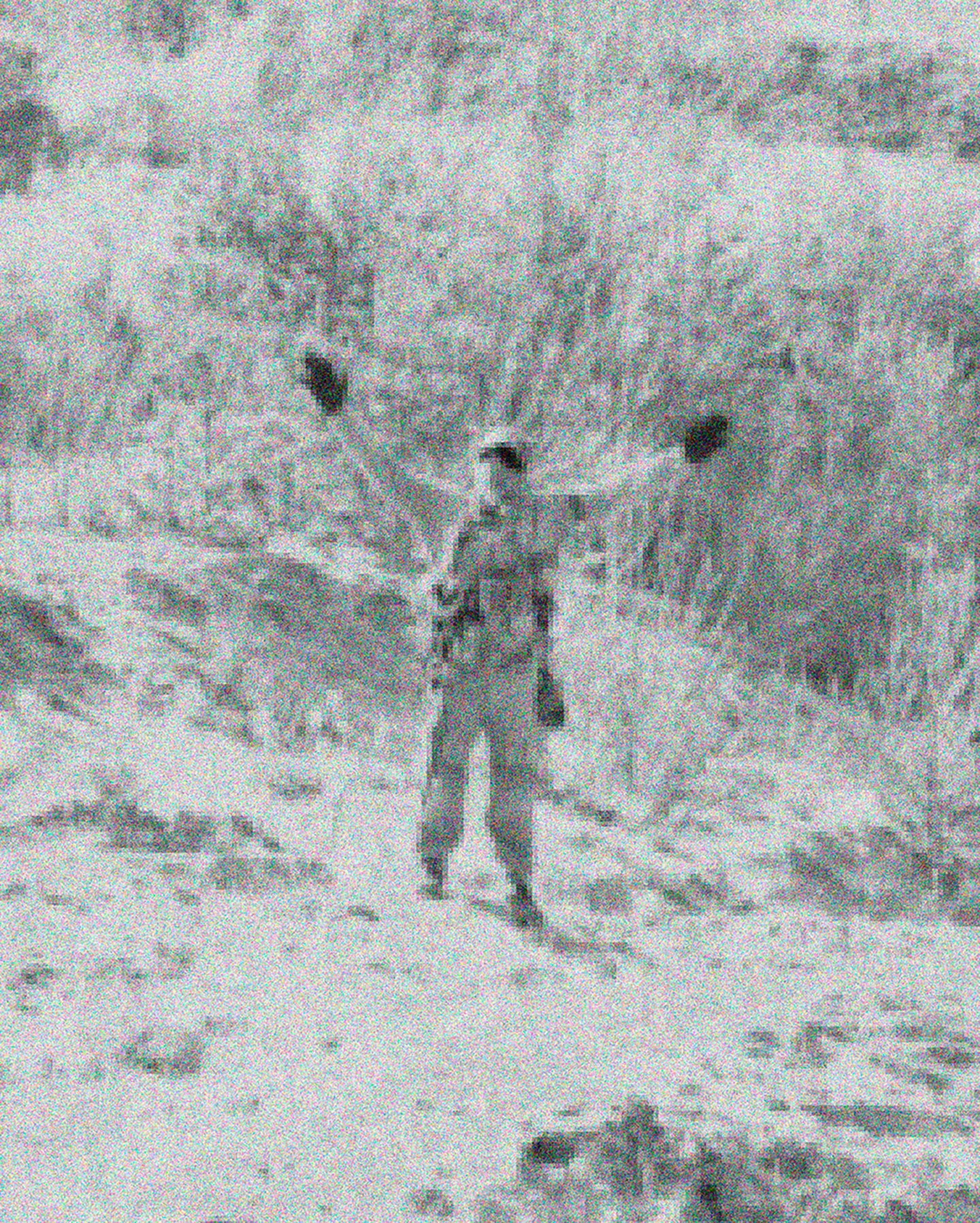 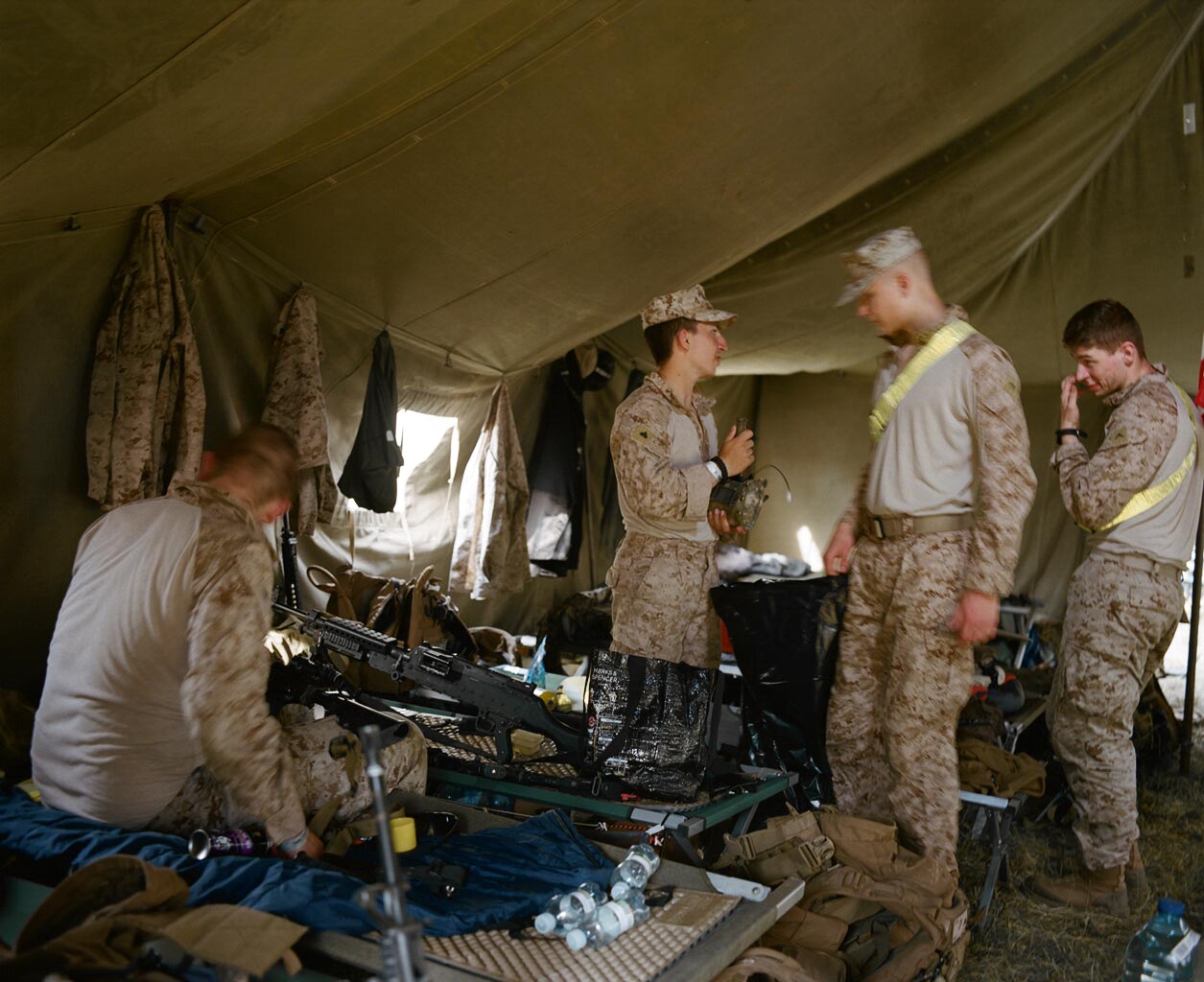 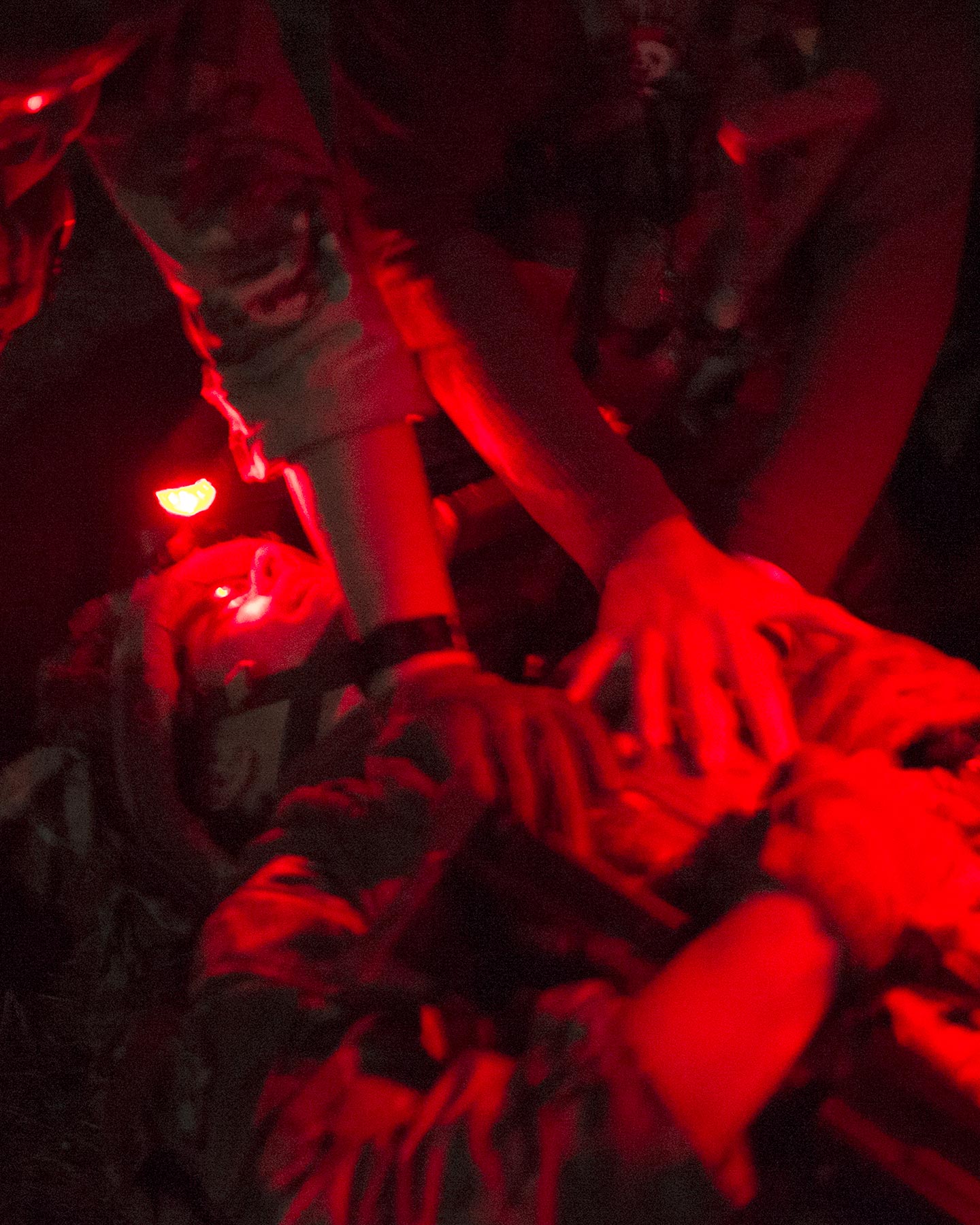 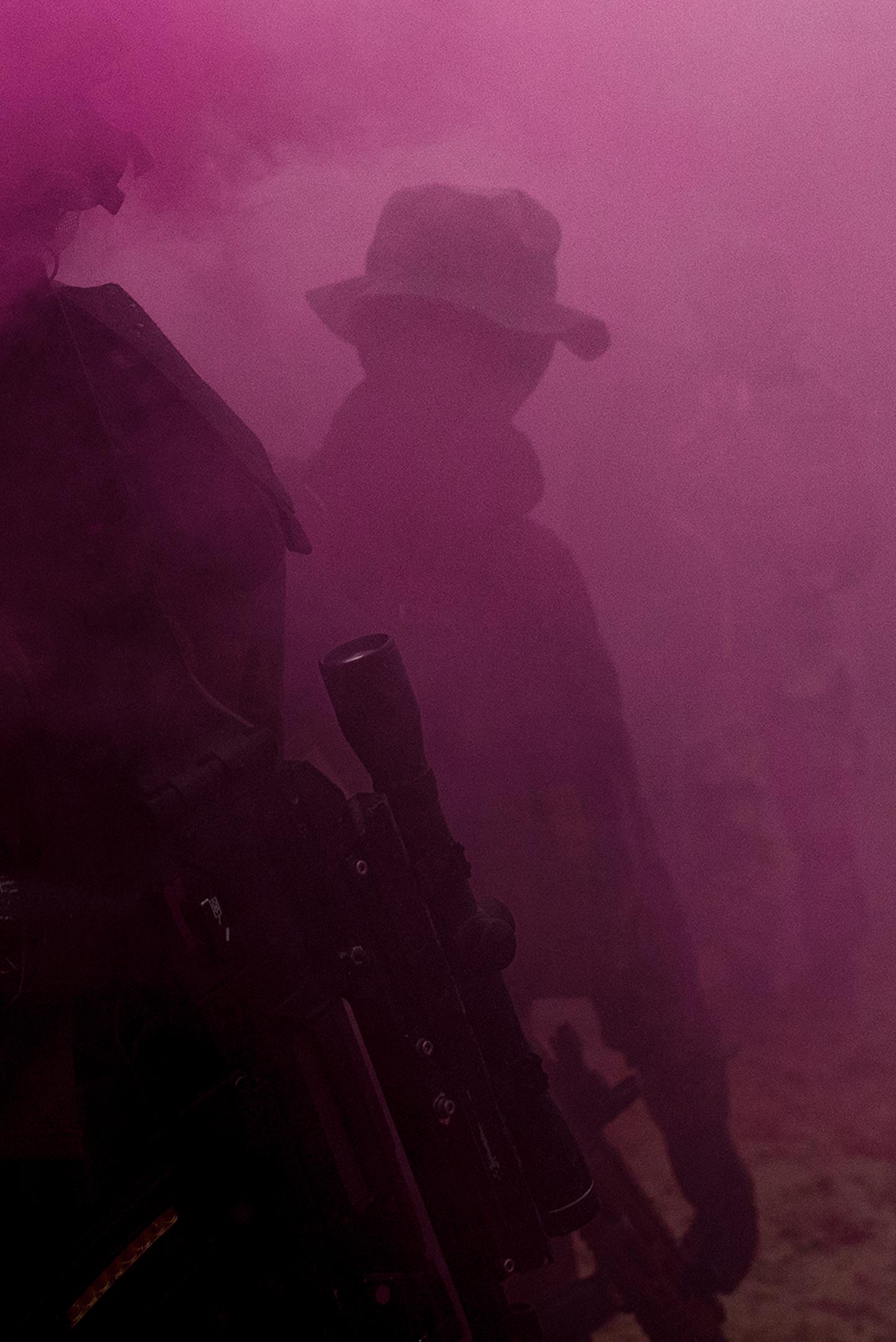 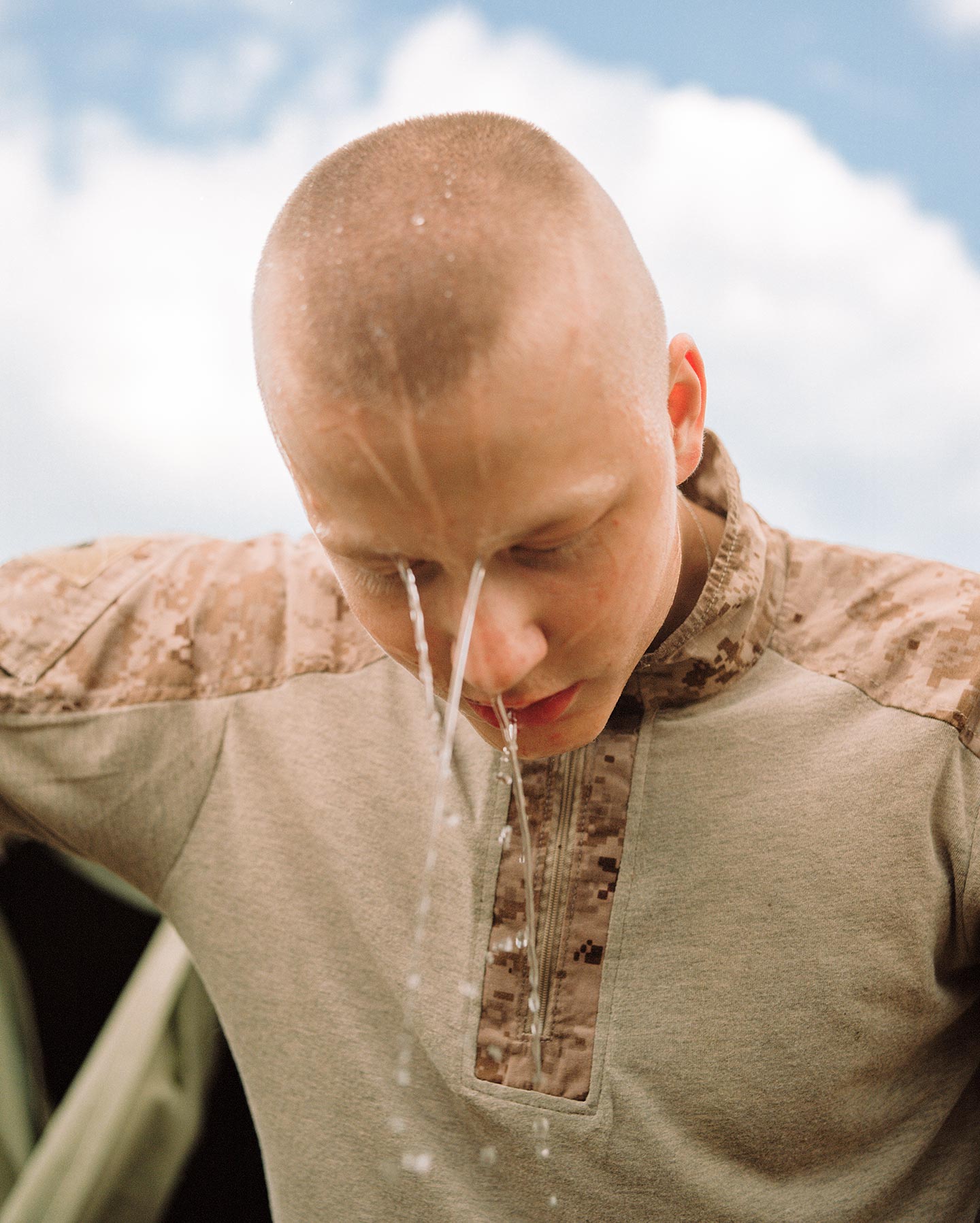 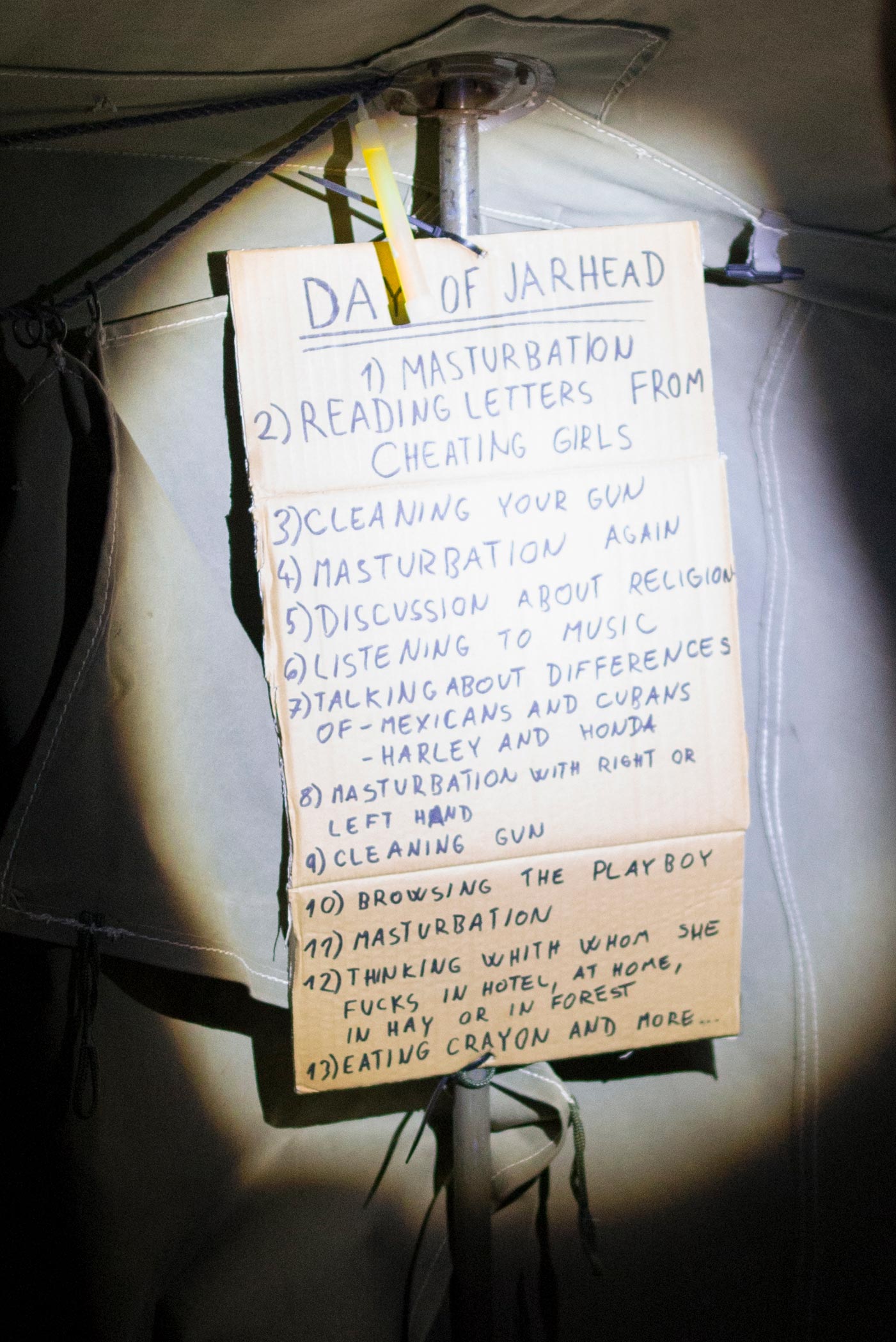 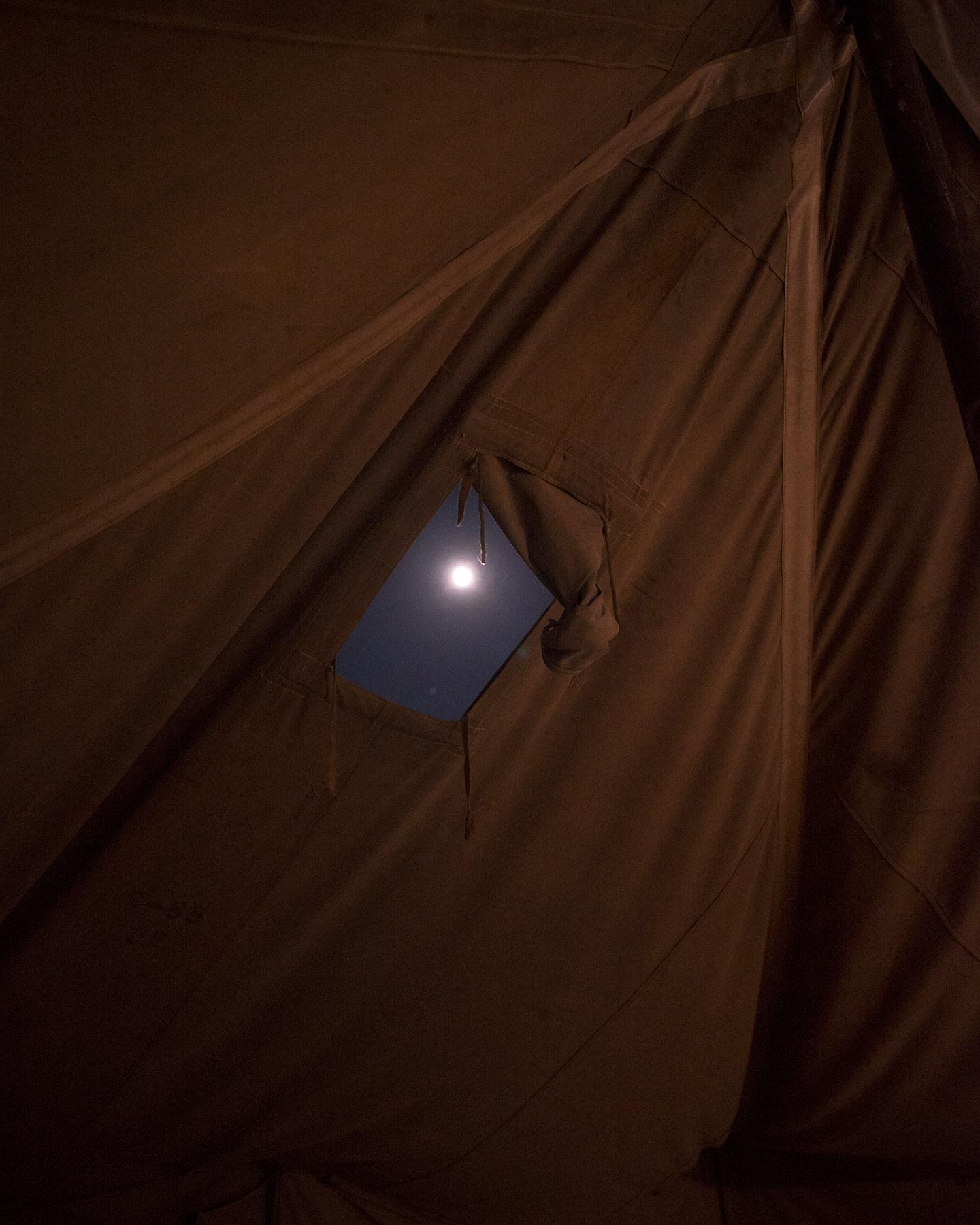 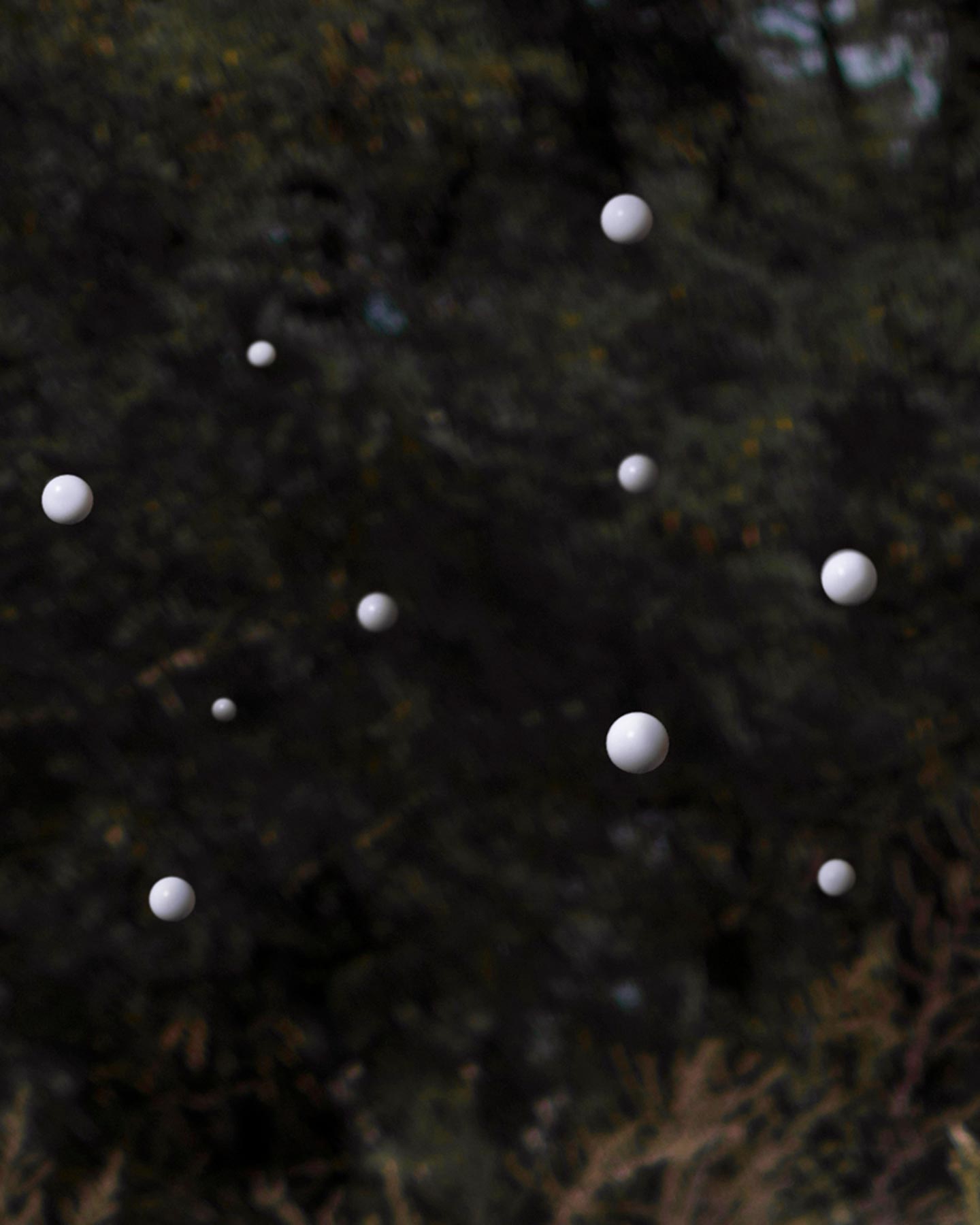 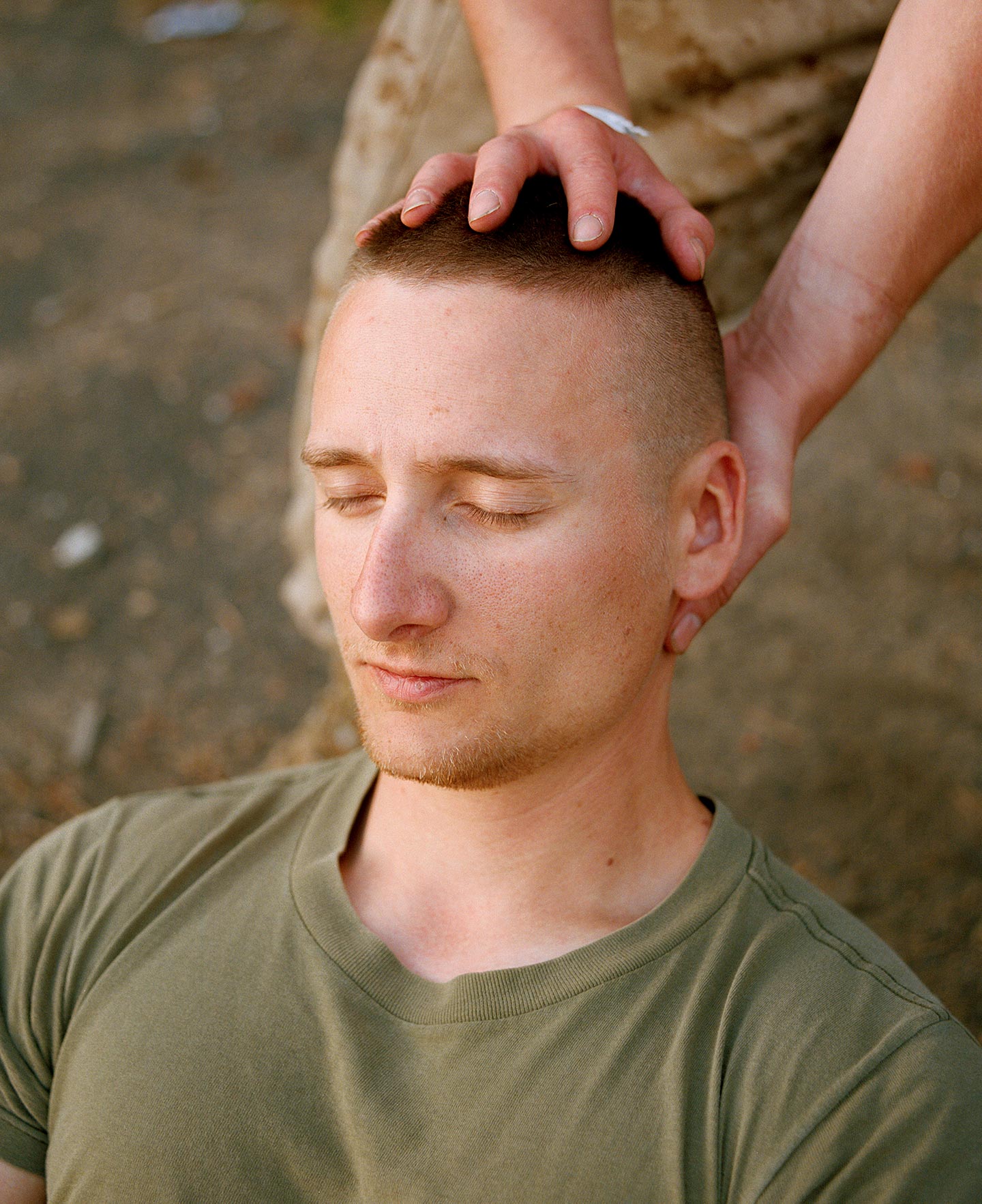 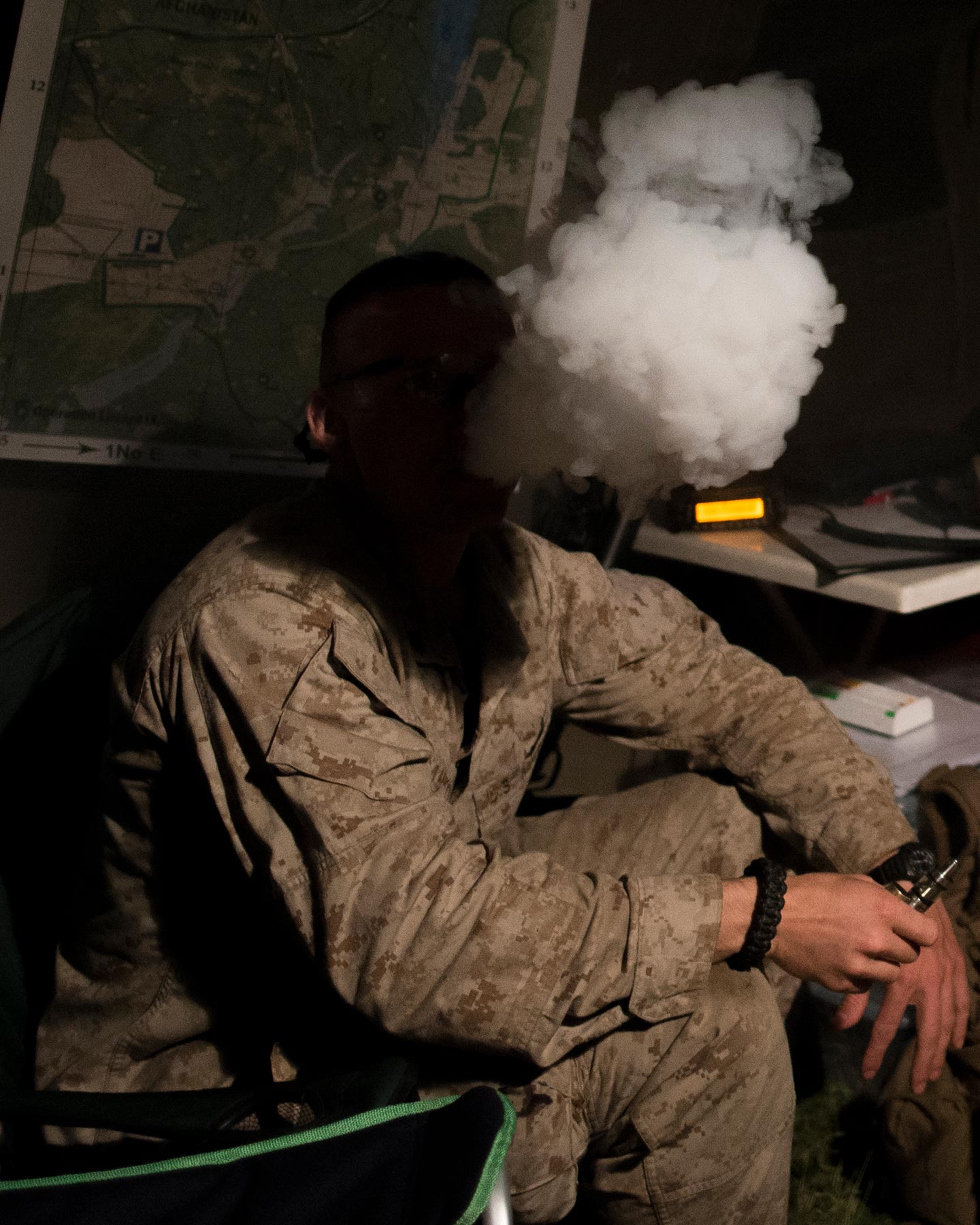 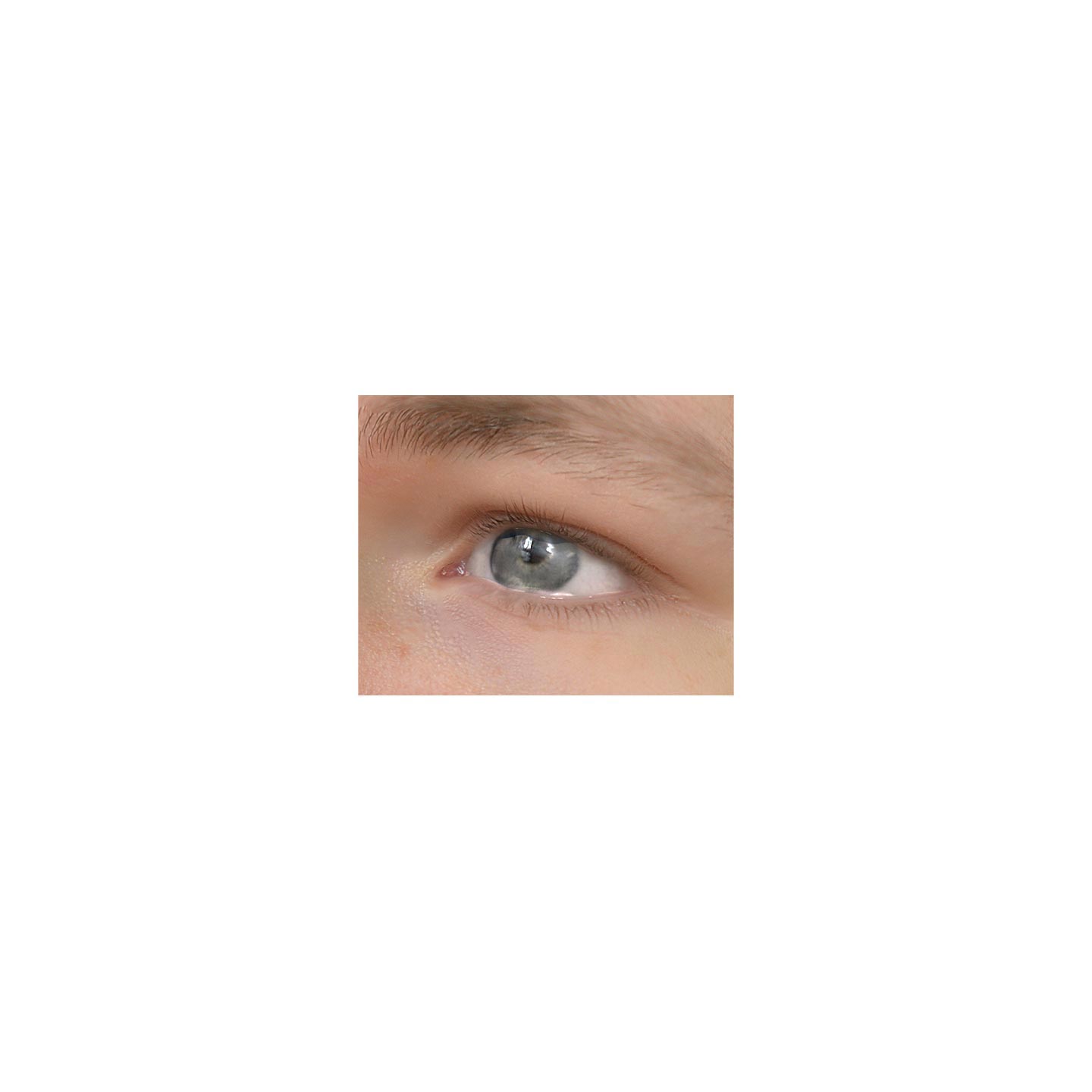 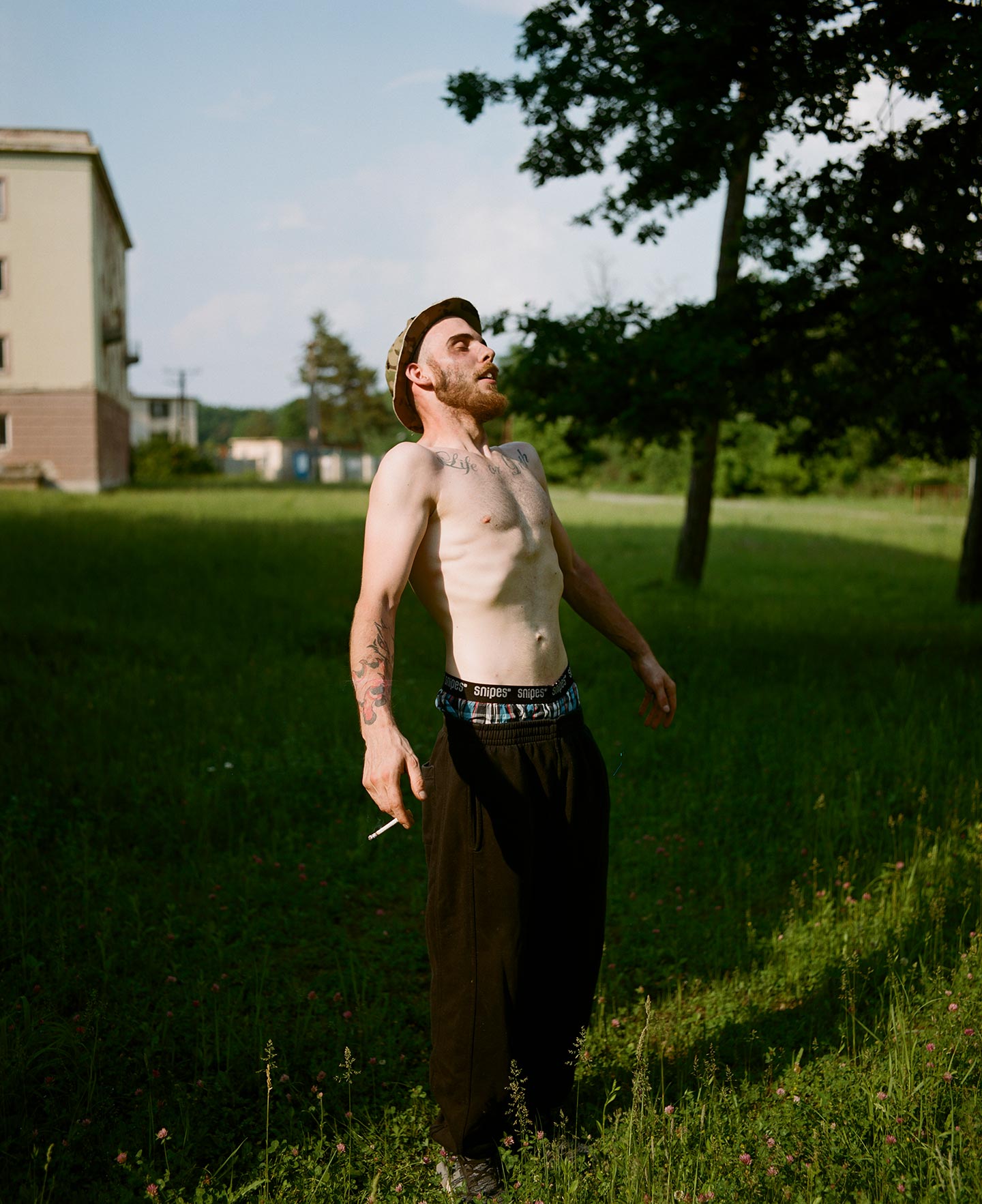 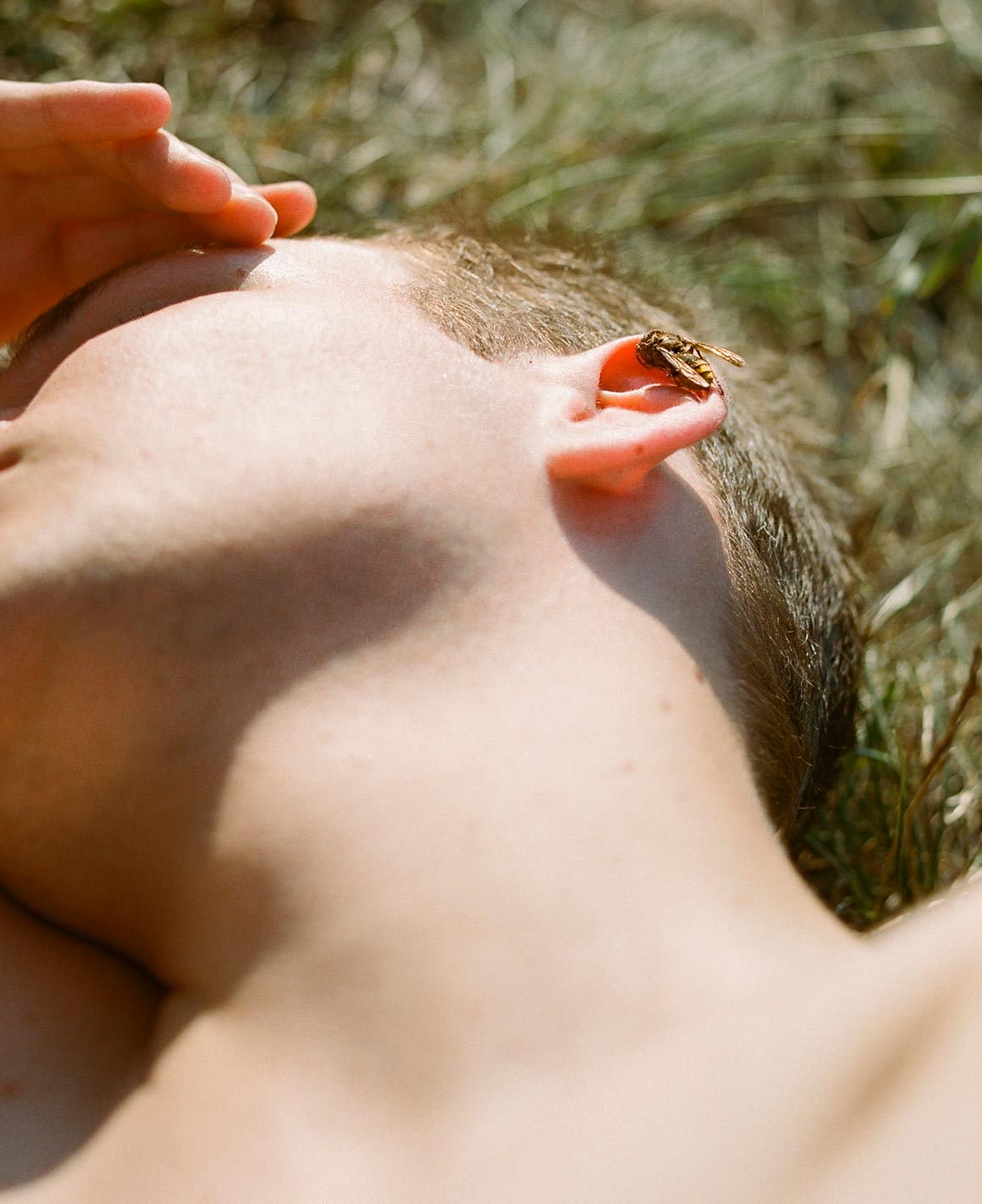 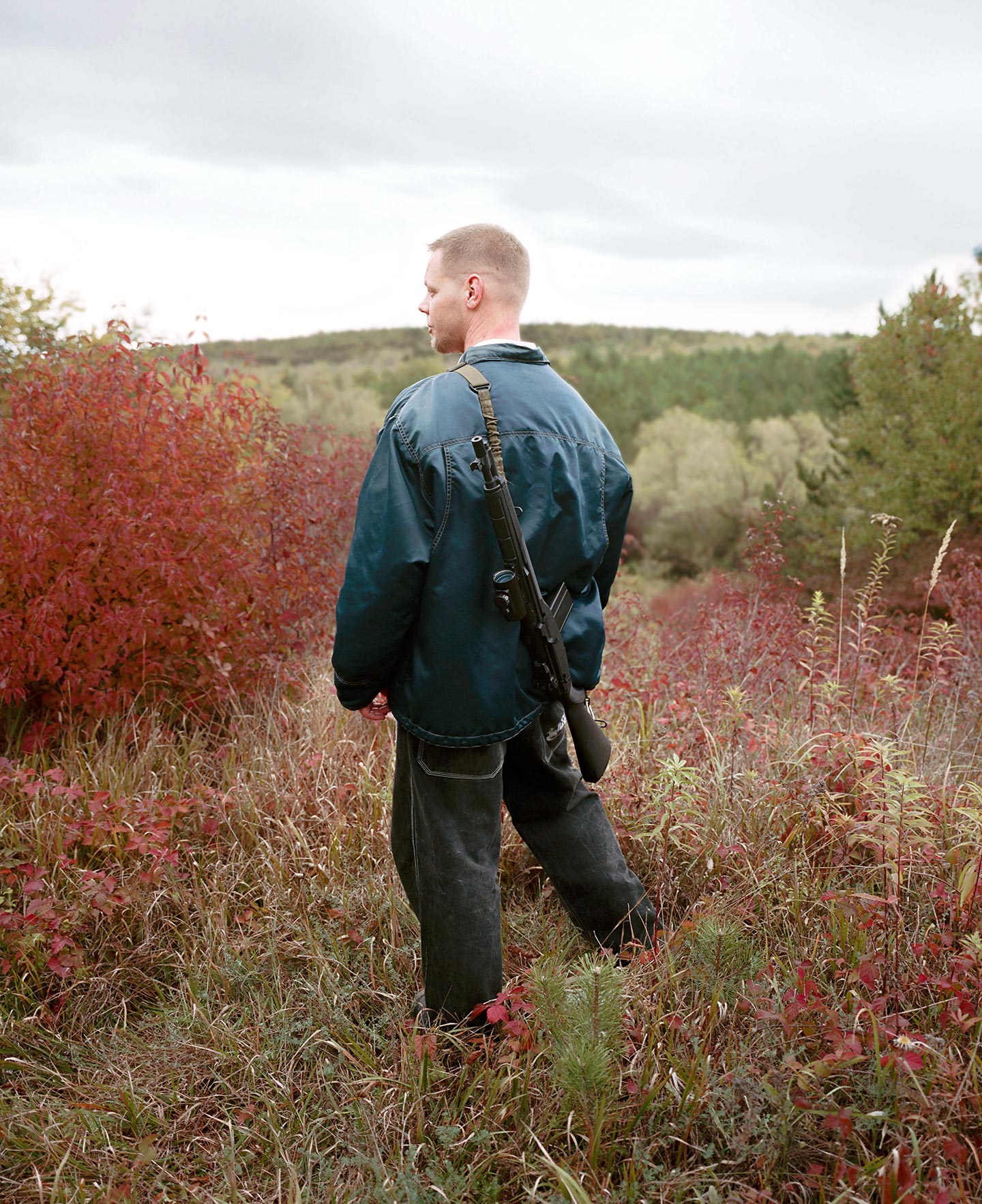 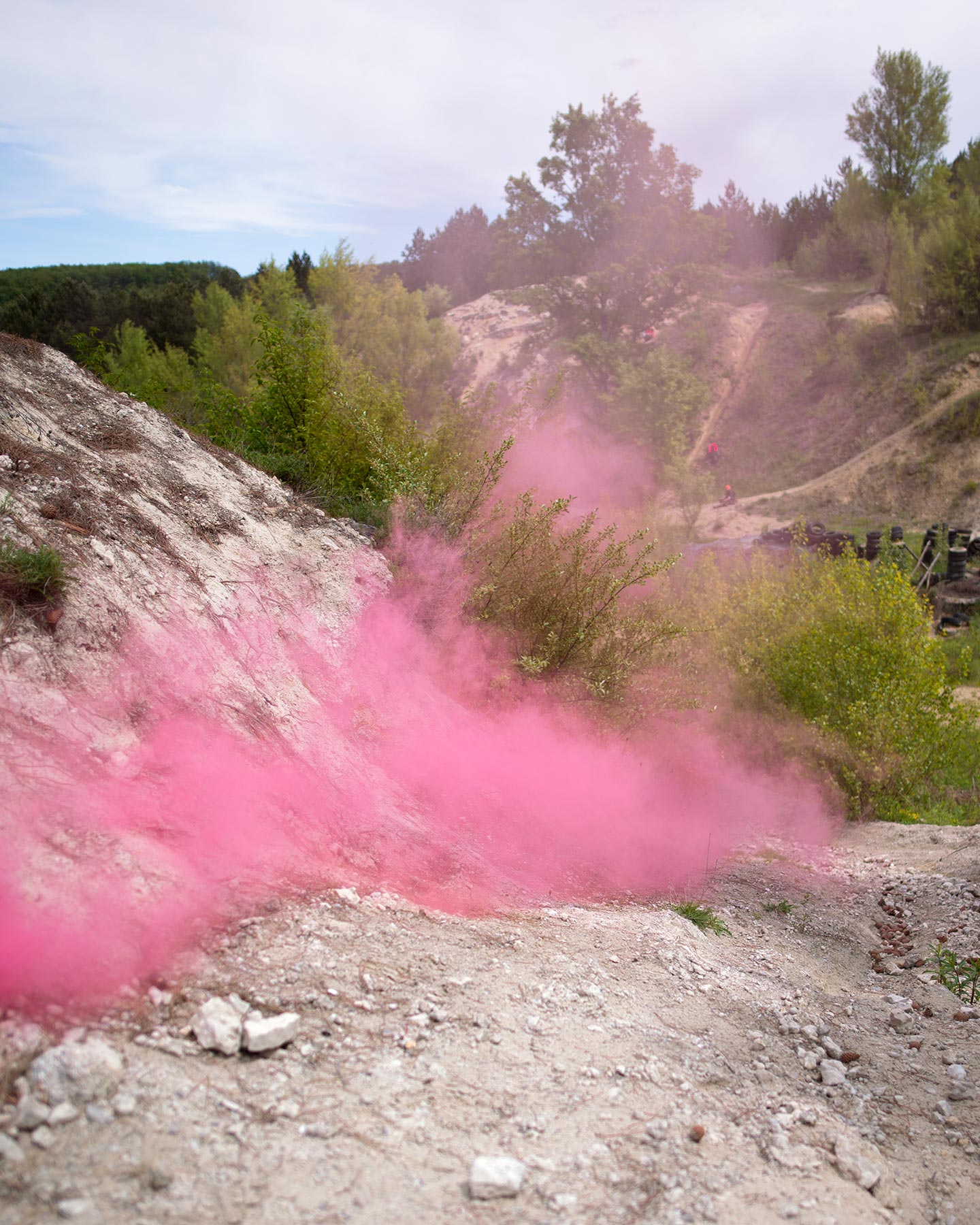 Men Don’t Play by 23 year-old Austrian photographer Simon Lehner is a body of work that, in Simon’s own words, “investigates the concept of hyper-masculinity and basic instincts through a documentary core about authentic simulated war zones, while questioning the fine line between the authenticity of the medium in correlation with reality.” For the project, Simon joined groups of up to 1500 participants—all men—who gather in forests across Hungary, Czech Republic, Austria and Poland to simulate an actual war. Even though it is only a game, it’s supposed to feel very real: for up to 50 hours over sleepless weekends, the participants come up with military tactics, use airsoft weapons (with plastic bullets), tanks, helicopters and drones, and even simulate artificial deaths.

“Witnessing these war simulations felt surreal” Simon tells FotoRoom. “The longer the game, the more you get into a mental zone were you are just led by intuition and start believing the things you see. The line between perception and reality tends to blur as the events on the ground develop into their own form of social reality; after a while it becomes very hard to distinguish which violent acts are simulated and which are real. It was also very exhausting because of the many sleepless nights in the base camp where every other minute grenades detonated and propaganda paroles blasted through speakers to keep the opponent awake.”

It took Simon about a year and half of participating in online forums dedicated to simulated war zones and building connections before he found a group that agreed to take him with them. Once on the field, “I quickly realized the raw nature of the events, the exaggerated and idealized masculine facade that was being put up: the bravery tests, the competition between the men over who was the strongest or the most masculine. But then, there is a point in those 50 hours of the event when the act of playing tough breaks, and vulnerability becomes noticeable. Exhaustion, fear, injury and tenderness start to hover over the battlefield.”

Simon says he’s been reflecting on what it means to be a man since very early in his life. “Already in my childhood I questioned the idealized males which were presented to me on TV or magazines. I grew up without a paternal figure, so I’ve always wondered if other men felt the kind of vulnerability and emotions I felt. In 2013, when I started working on Men Don’t Play, I was going through a phase were I was searching for my own male identity and really started wondering why this idealized imagery didn’t resonate with me. I found all these contrasts somehow woven into the subculture of simulated wars.”

Besides the documentary images that capture scenes observed on the battlefield, Men Don’t Play includes 3D images created by Simon: “These images reference videogames and question the problematic aspect of truthful depiction in photography, as well as the medium’s ability to transform fictional events into seemingly legitimate reality.”

Ideally, Simon hopes viewers will get “similar feelings to the ones I experienced on the battlefield about deciphering what is fictitious and what is actually real, and the different angles to masculinity.” Some of the references he had in mind while working on Men Don’t Play include 17th century paintings, actual war imagery, films and videogames. “Things that gave me a sense of vulnerability and openness of emotions as a man was the overall feeling I was drawn to.”

While in Men Don’t Play and previous projects Simon focused on ideas of masculinity, currently his interest are shifting towards “how we conceive images on a psychological and sensomotoric level—how we digest images or traumatic events in our memory.” Of the influences on his photography, he says “it’s definitely a lot of playing hide and seek with my subconscious. In general, I would say that my work is mostly influenced by personal experiences and has a documentary core as it explores contemporary issues, social structures, psychology and the relation to current human and social developments through direct and embedded observation. Sometimes I see something that just sparks my interest and I start investigating more and more until I find out how and why it resonates with me, which can also lead me to an idea or mood for a project.” Some of his favorite contemporary photographers include Alec Soth, Rinko Kawauchi, Larry Sultan, Thomas Albdorf, Andrea Grützner, Wolfgang Tillmans, Paul Mpagi Sepuya, Ron Jude, Eva O’Leary, Dana Lixenberg and Tobias Zielony, among others. The last photobooks he bought were General View by Thomas Albdorf, ZZYZX by Gregory Halpern, Pictures from Home by Larry Sultan and Landfall by Mimi Plumb; the next ones he’d like to buy are The Pillar by Stephen Gill and Halfstory Halflife by Raymond Meeks.