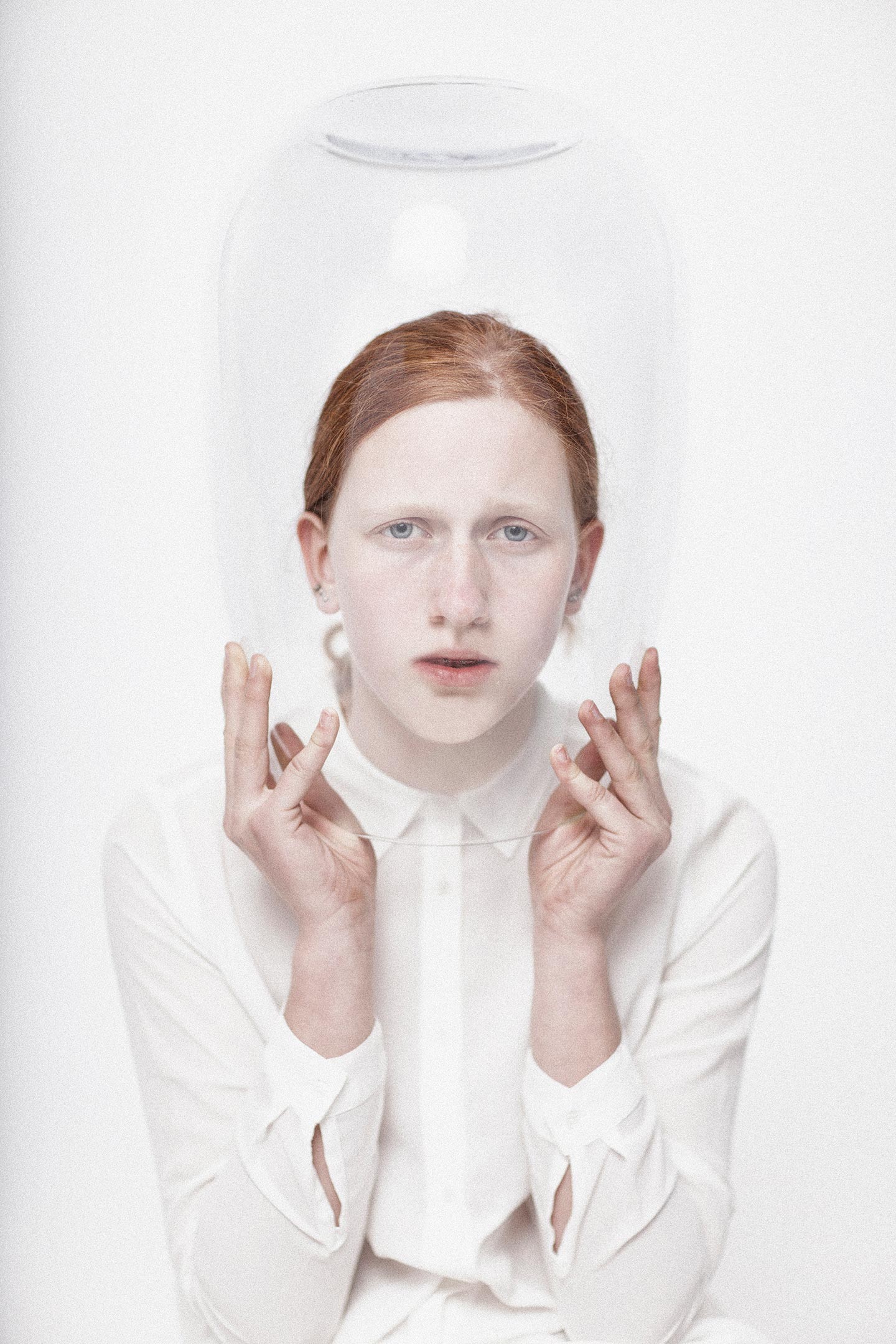 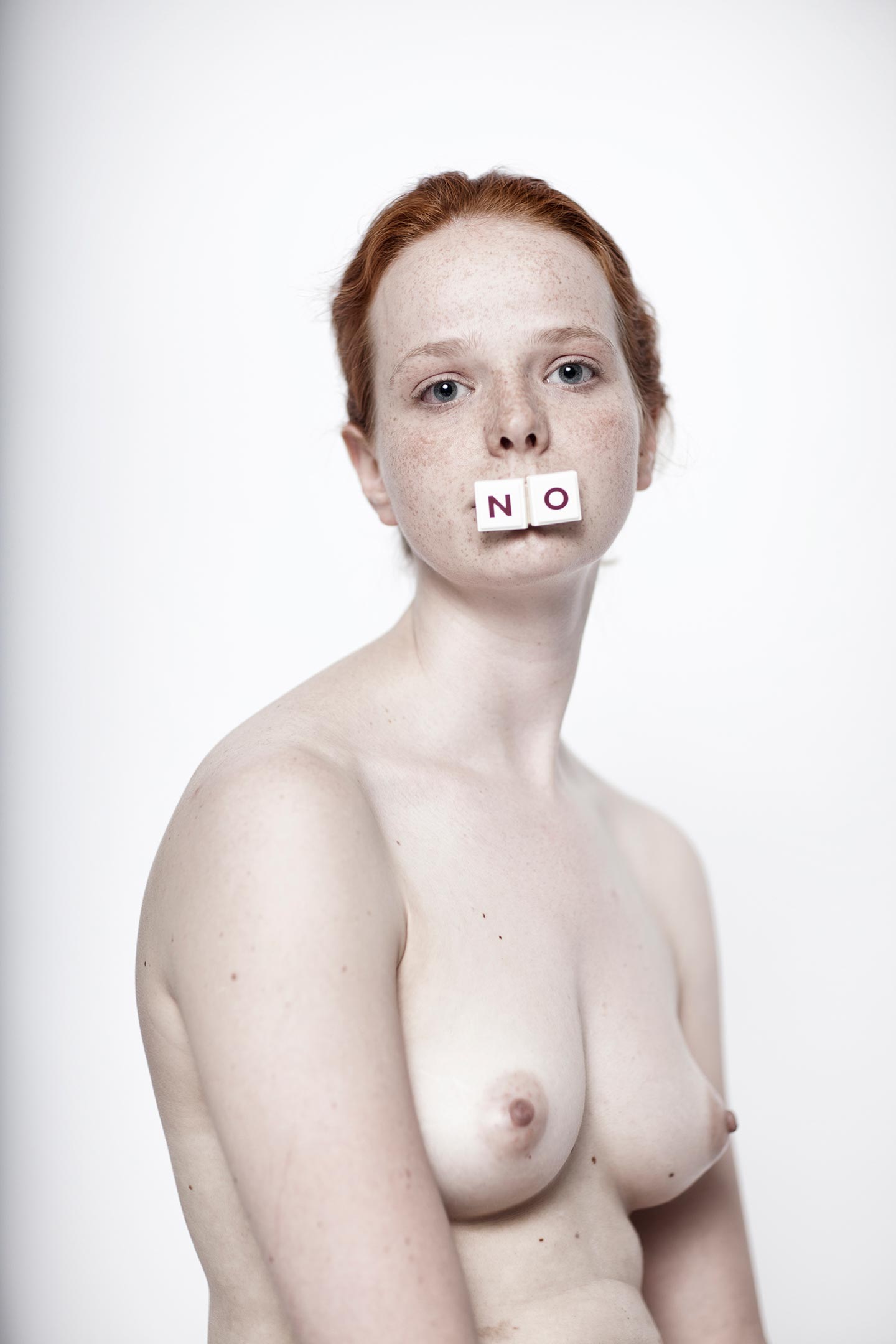 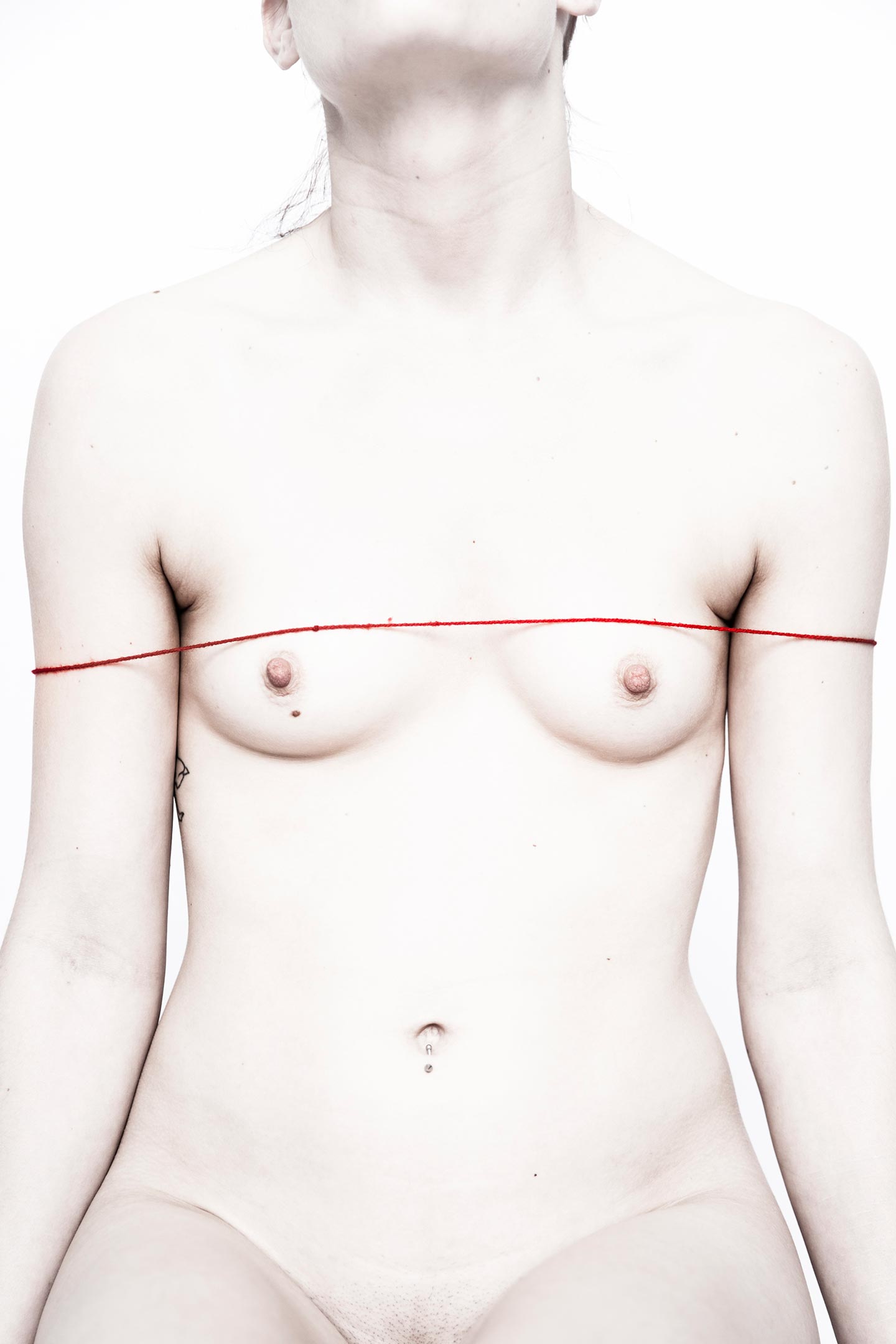 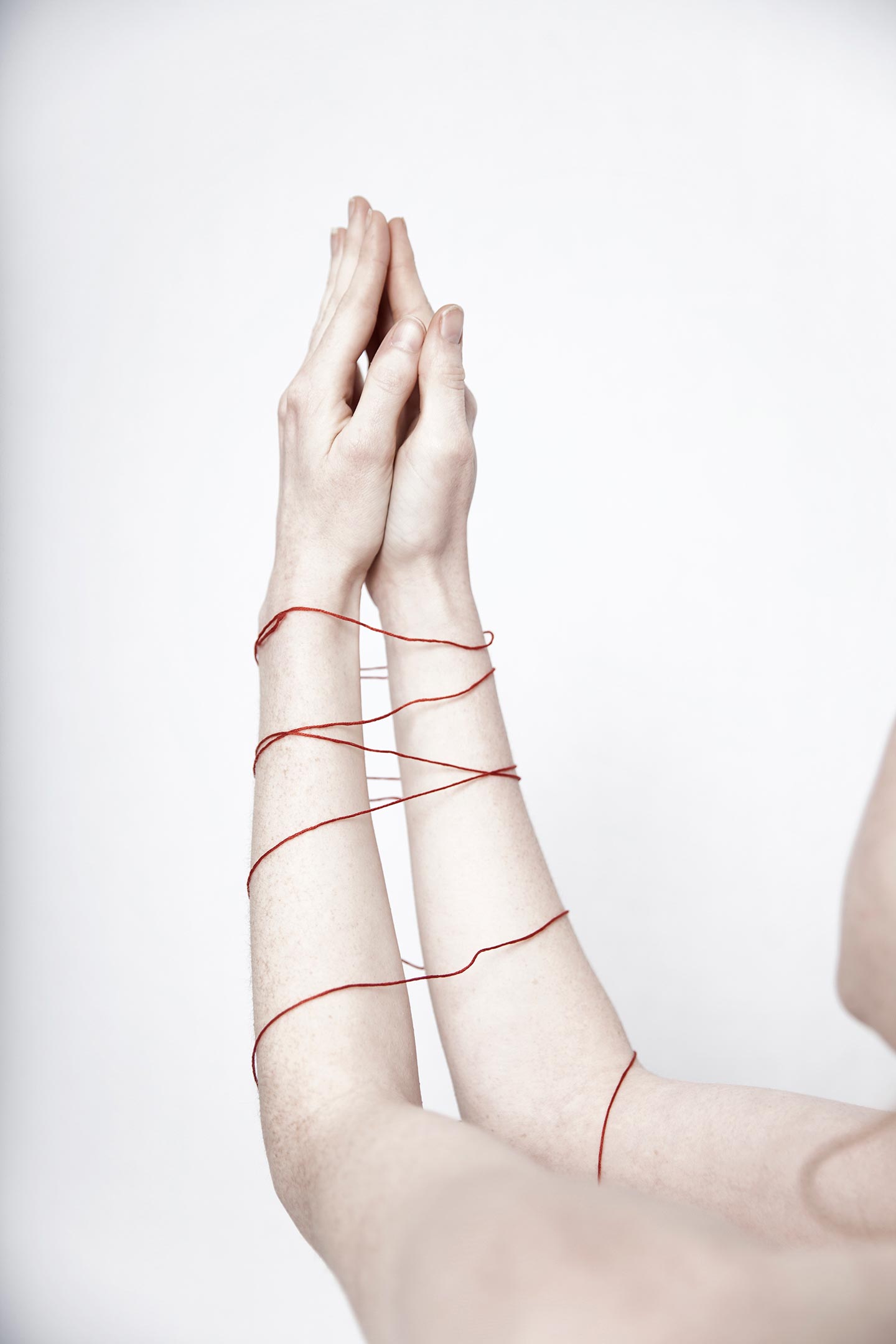 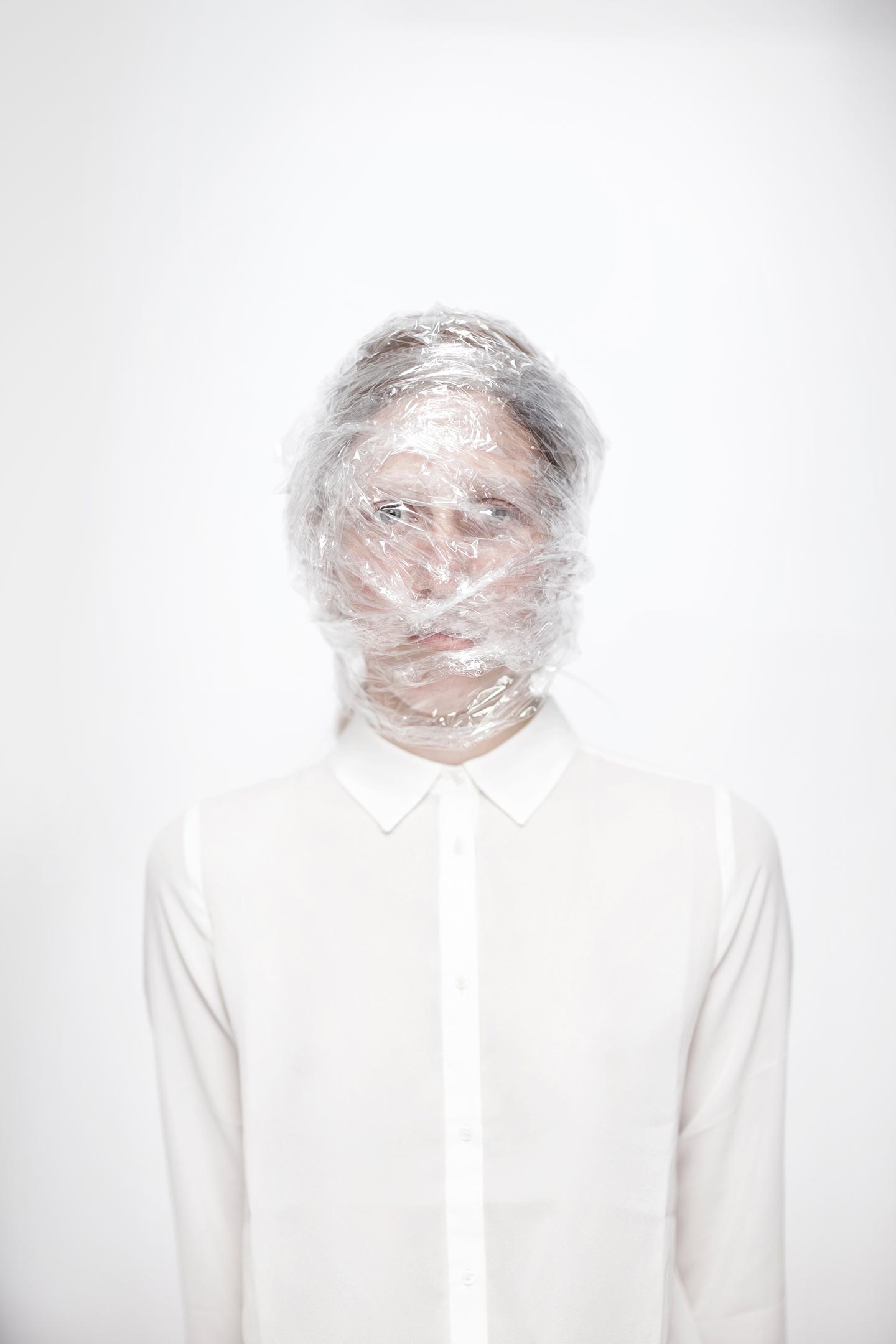 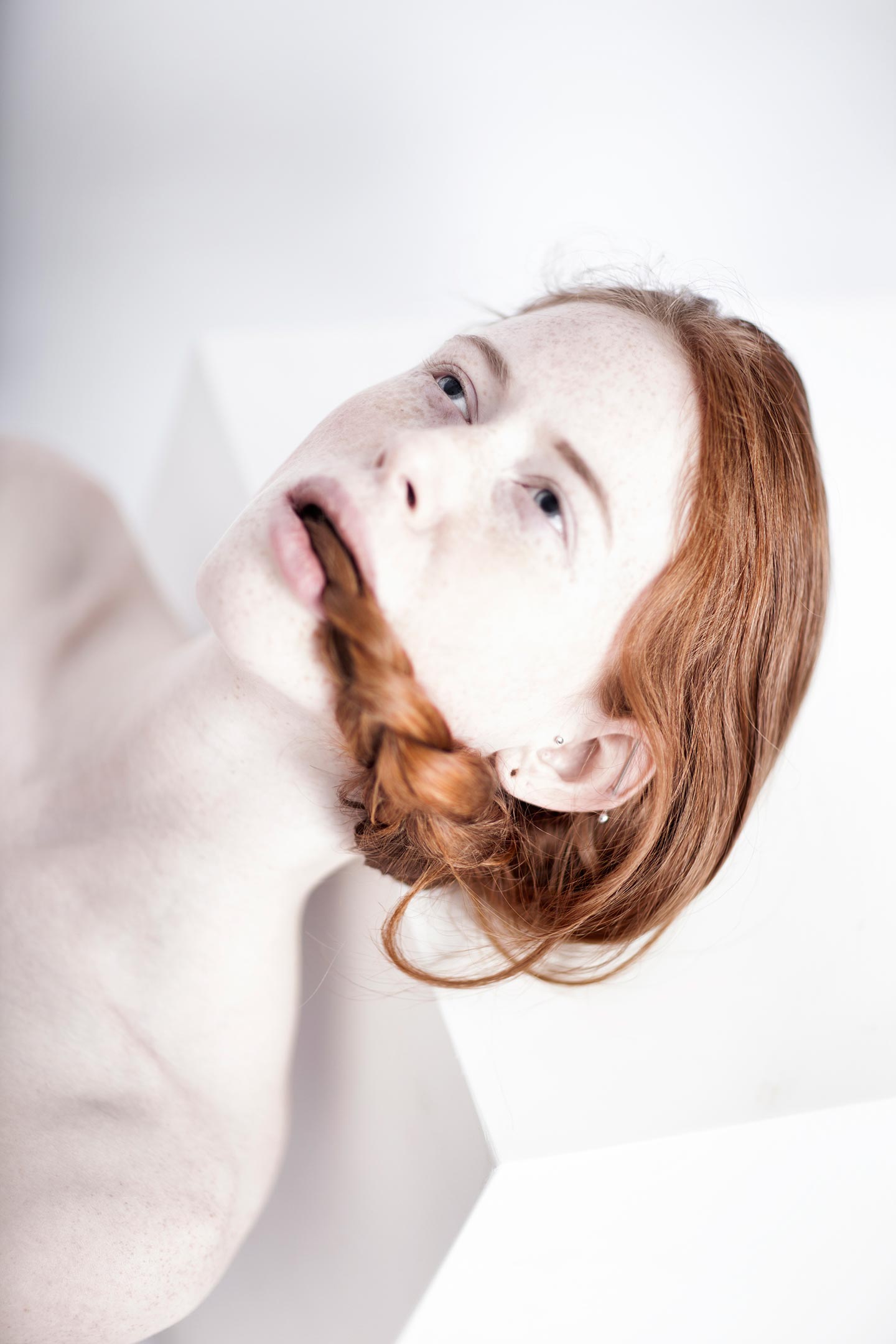 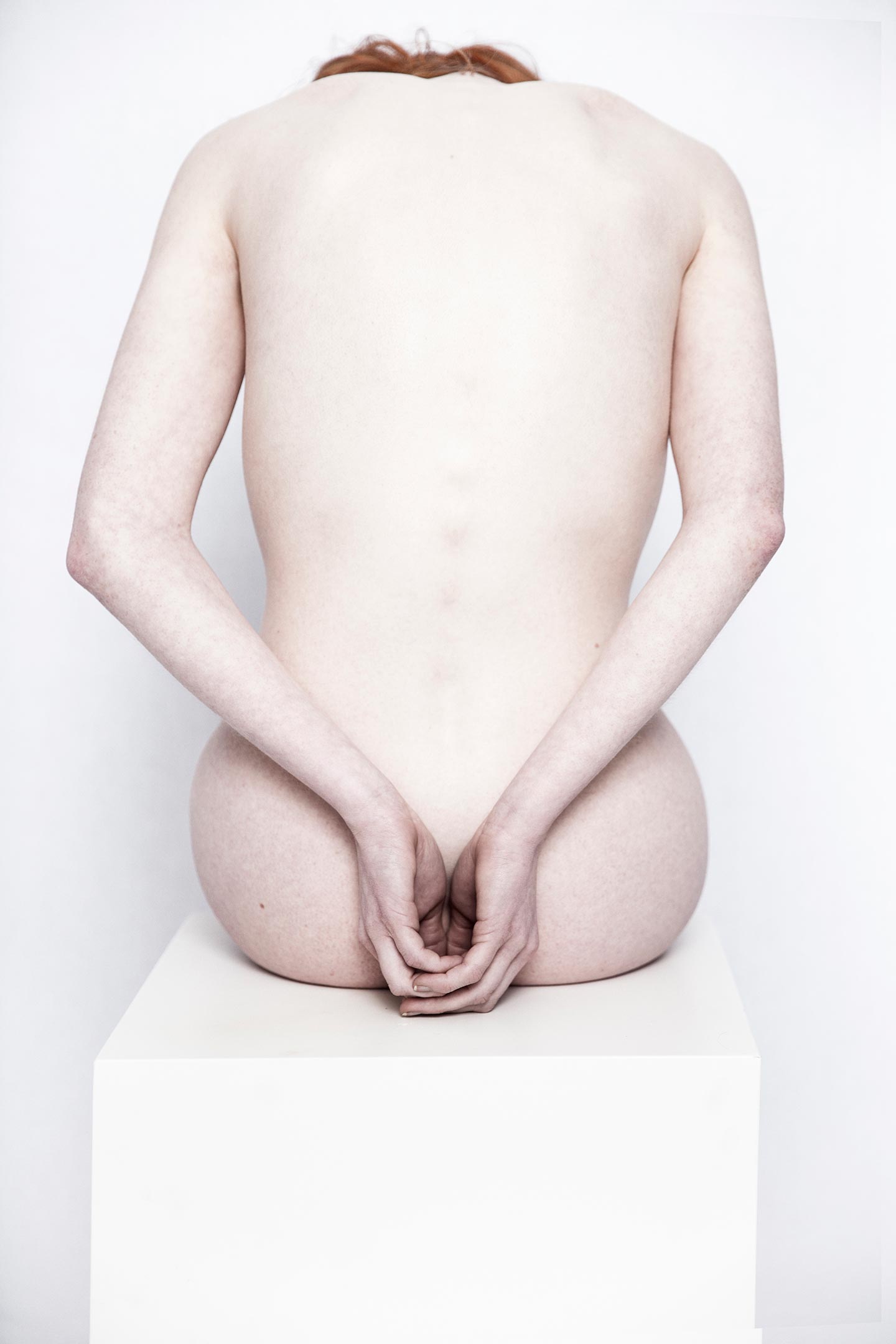 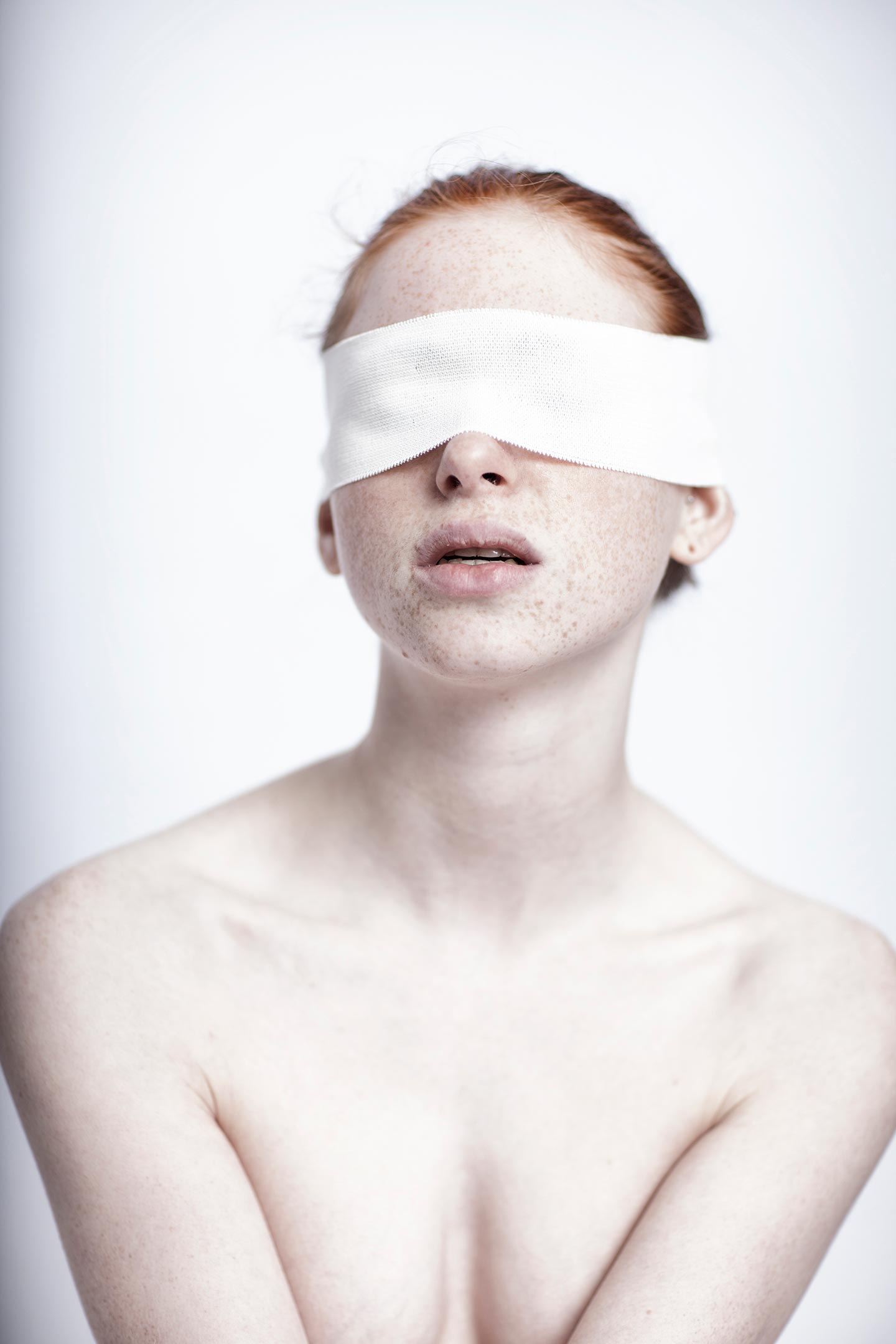 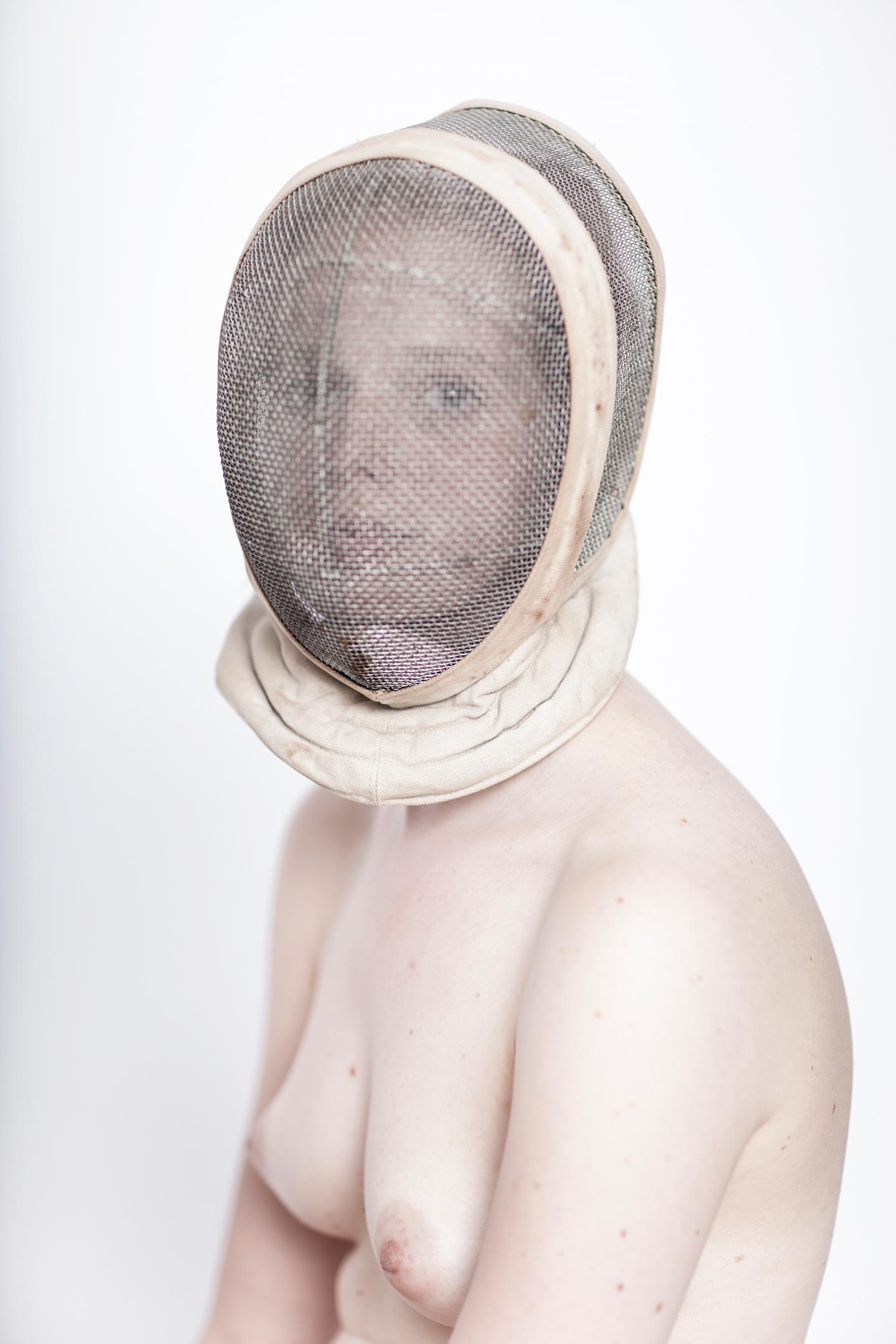 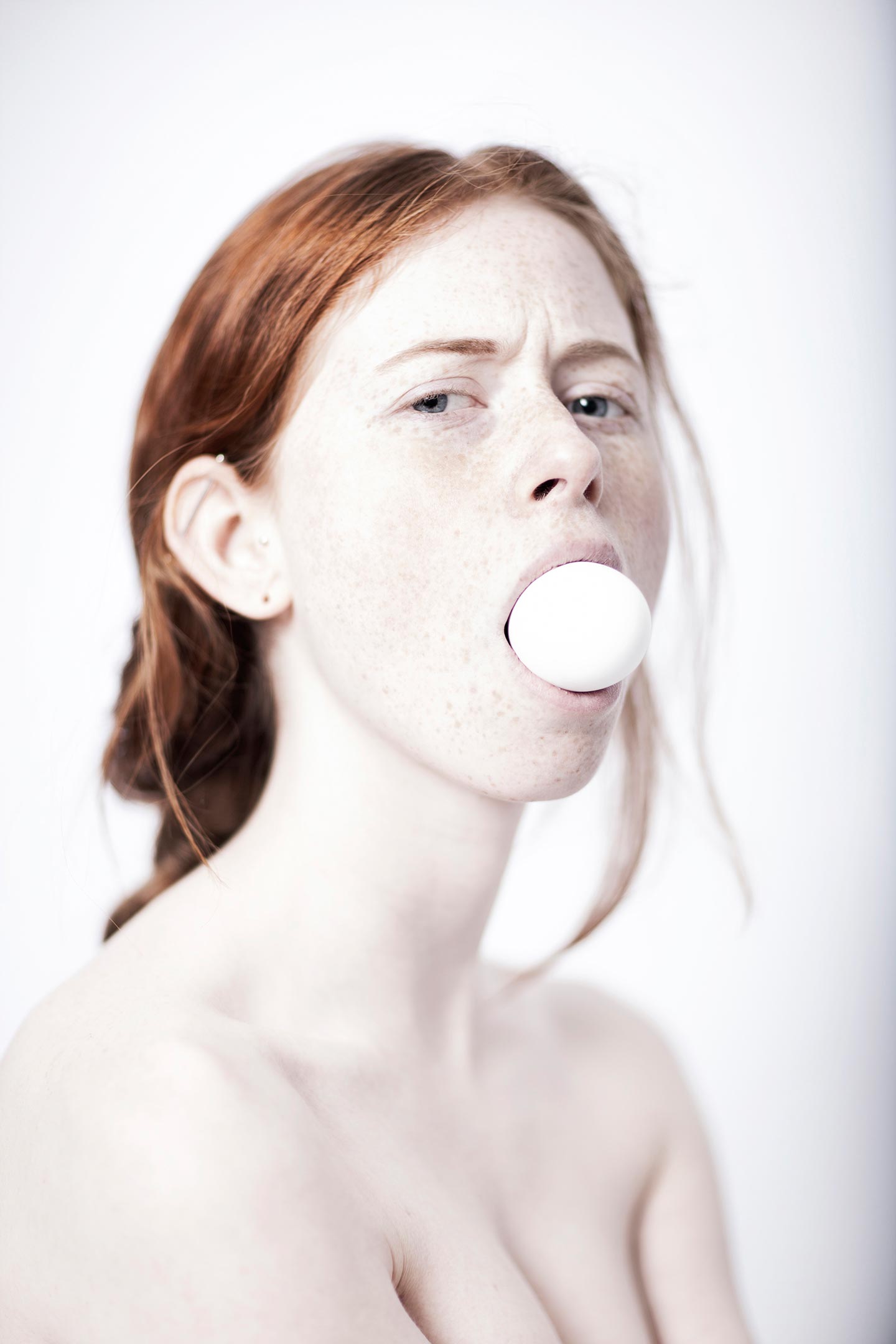 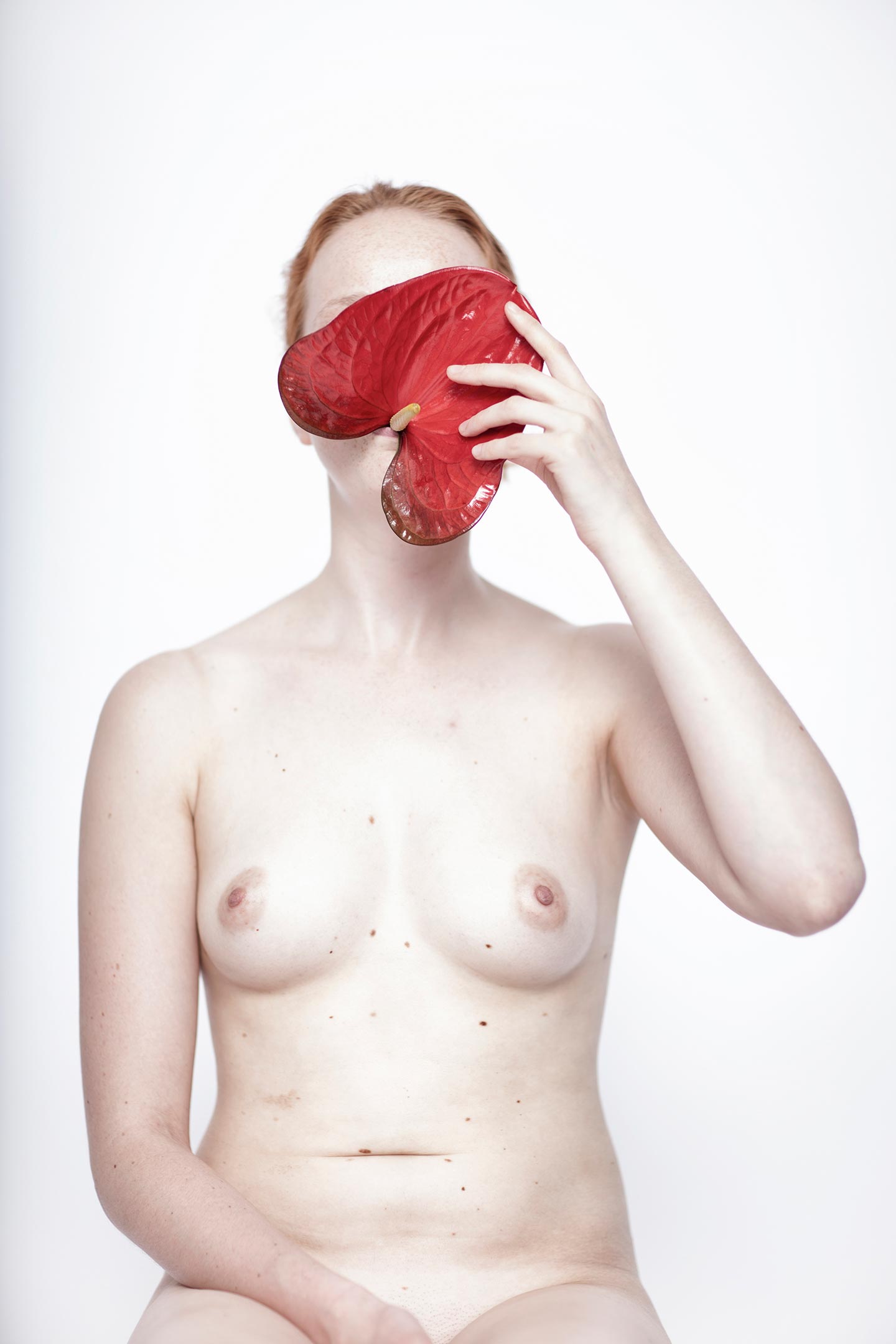 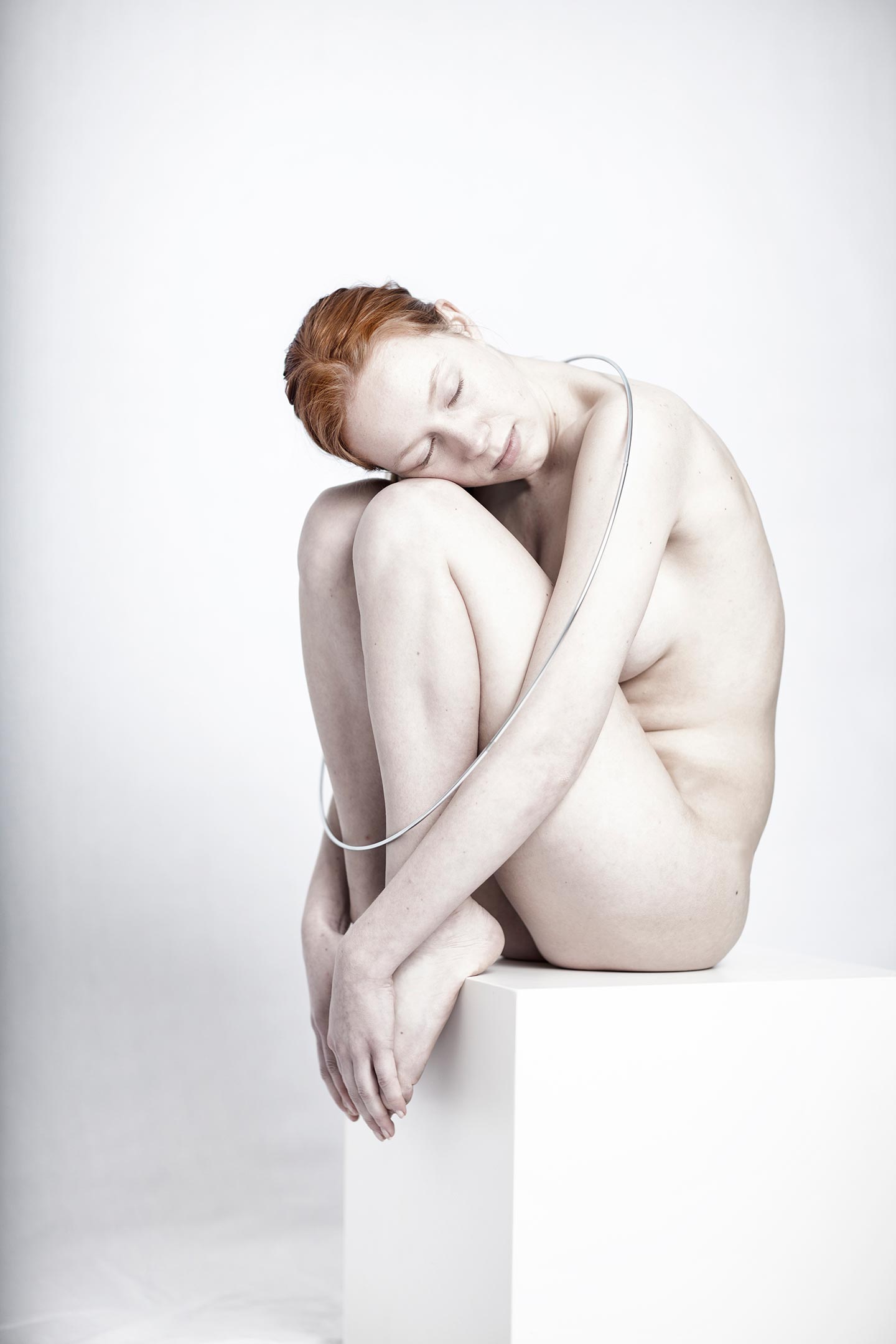 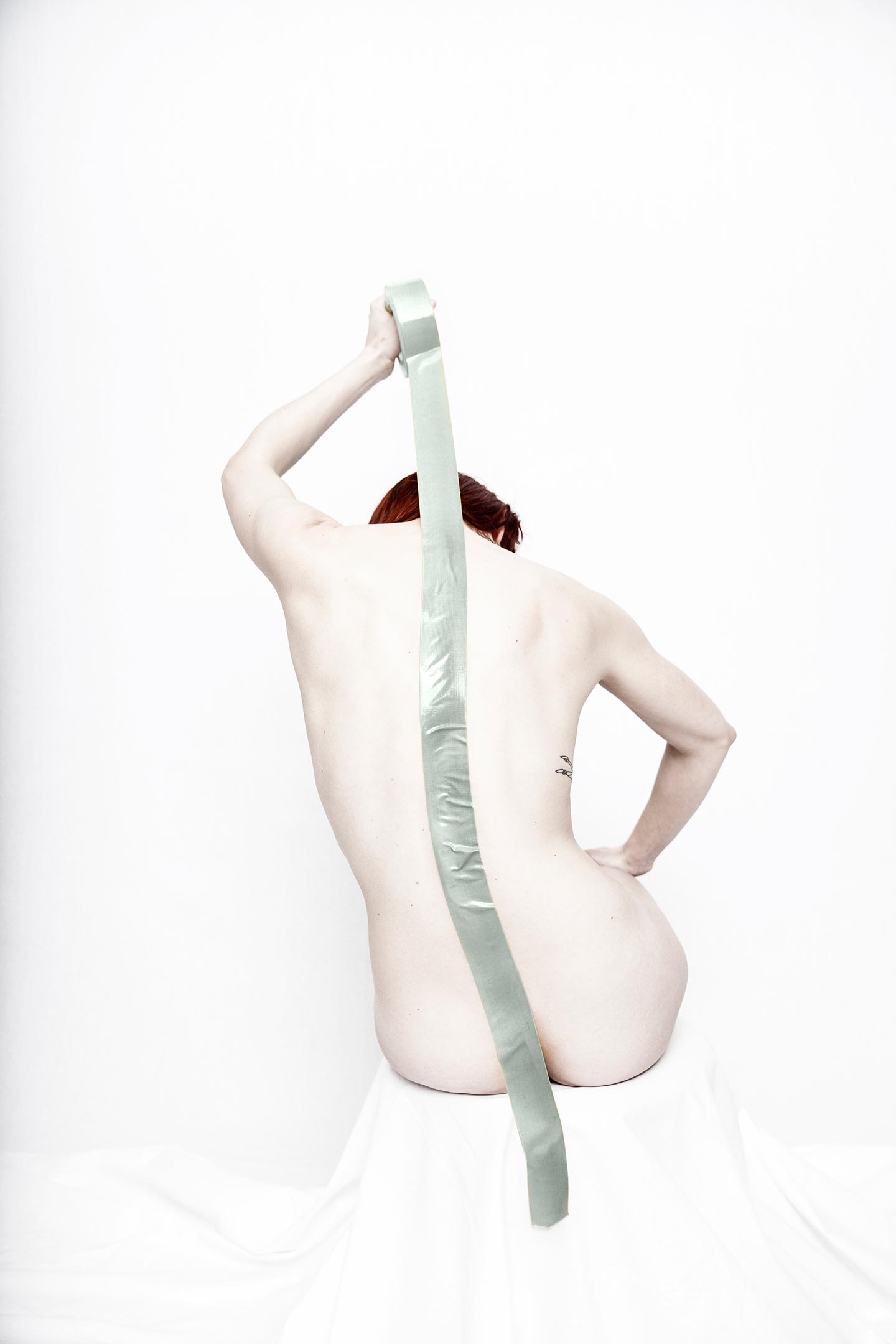 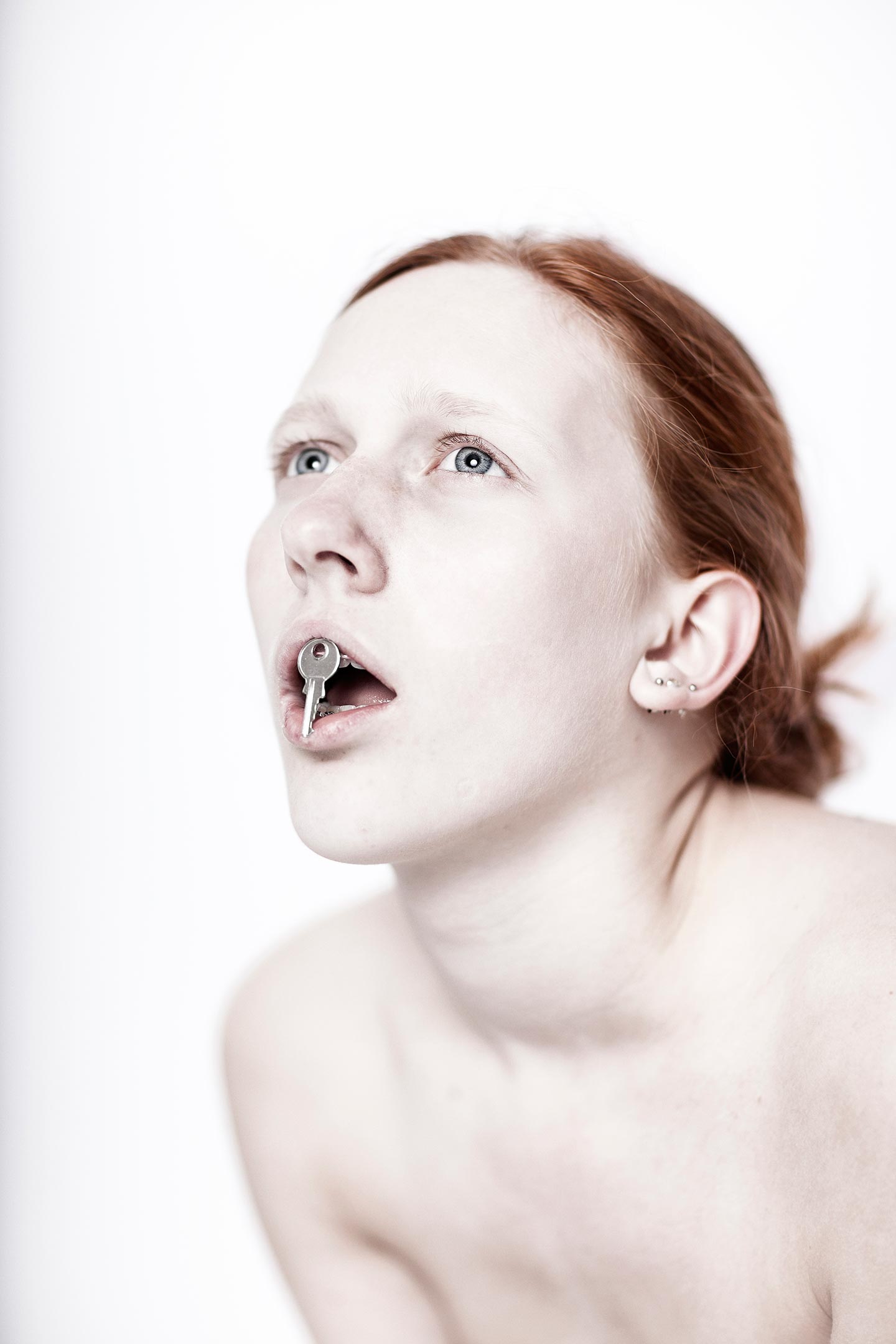 Women are equal to men: they should enjoy the same rights and be treated with nothing but respect. Sadly, a simple concept that should be obvious to everyone, everywhere, is lost (to different degrees) in many cultures and societies. In Silent Voices IV (a subchapter of a larger project), 46 year-old Dutch photographer Marinka Masséus expresses her opposition to gender inequality through a series of minimalist, studio portraits.

Hello Marinka, thank you for this interview. What are your main interests as a photographer?

It’s my pleasure. My main interest is in people. My passion for human nature, for behavior, for philosophy are all reflected in my work, and recurring themes are injustice and inequality.

What is Silent Voices about, in particular?

Silent Voices is an ongoing project on gender inequality. It is the main theme running through my work, comprising of several subseries, with the photos in this feature being one of those subseries. Other parts of the Silent Voices project are more reminiscent of a 17th century Rembrandt atmosphere.

Silent Voices is about misogyny. Recent events have given birth to the worrying term rape-culture and have uncovered a deep underbelly of disrespect to women’s bodies. Recently, a Stanford student accused of raping a girl was sentenced to only six months in county jail (the prosecutors had asked for six years): “A prison sentence would have a severe impact on him”, the judge explained. In Brazil, a 16 year-old girl was drugged and raped by 31 men while unconscious; the men later posted videos of the rape online. In the meantime, girls everywhere are told to behave modestly as to avoid trouble, to walk the line, the subliminal message being that molestation and rape is their responsibility. It is not.

What inspired this project?

As a little girl in the 1970s, I asked my parents why in some places 50% of the population was repressed and without rights. I didn’t understand why there weren’t any sanctions on these human rights violations, why we just stood by and turned a blind eye. When I got older, I struggled with the duality of wanting to be respectful of diverse cultures and at the same time feeling outraged about the human rights violations bestowed upon women. I questioned whether I had the right to have an opinion on the matter, outside of my own immediate society. Now I feel that yes, I can be respectful of different cultures and at the same time disagree with certain aspects like forced genital mutilation, stoning of rape victims, honor killings or how women are limited in their freedom. Also in my own culture there is still a lot of subtle and not so subtle misogyny, often more difficult to recognize because I’m part of this specific ‘programming’.

Misogyny is of all cultures and of all times. In the bible, Eve unleashes evil on the world. In Greek mythology, Zeus punishes the humankind by creating Pandora, the first woman who, yet again, releases evil into the world. Misogyny is also rampant in philosophy, with Aristotle and Socrates leading the way and Jean-Jacques Rousseau, Darwin, Schopenhauer and Nietzsche following suit. The subsequent programming goes so deep, that it is impossible for both men and women to completely recognize its ingrained impact. Or in the words of former US president Jimmy Carter: “There is a pervasive denial of equal rights to women, more than half of all human beings, and this discrimination results in tangible harm to all of us. It is the worst and most unaddressed human rights violation on Earth.”

I have always felt strongly about the topic, that’s why I am in the early stages of my PhD on misogyny through the ages. That my feelings about this translate into my photography work, is only inevitable.

Why did you decide to use staged portraiture to represent the theme of gender inequality?

I felt the need to play, to experiment. To materialize my ideas and feelings.

Can you talk a bit about making the images of this Silent Voices subseries? Why did you use redheaded models only, and how did you decide on the gestures and props featured in the different images?

Explaining my process always feels like trying to grab air, because for me, inspiration is not a linear or even tangible process. It just comes when I open myself up to a certain series and its concept. And because I completely immerse myself in the project mentally—one could say I am living and breathing it for a period of time—my mind becomes a channel in which ideas materialize. In bed, in the shower, while reading, on the train, ideas appear in my head and I write them down in my phone. Decisions are not deliberately made, they just come, and I go with them. It’s a very intuitive and fluid process.

Regarding your question on gestures, it differs tremendously. Sometimes the model sits down with a prop and I know immediately that it’s the right gesture or pose. Sometimes it takes a while, with me searching for something, not knowing what exactly, but confident that I will recognize it when I see it. The search takes patience, both on my end and the model’s.

The redheads are again a result of the unpredictability of my process. One morning, in the beginning stages of the project, I was at the supermarket when a redheaded girl passed me by. I saw something in her that touched me, and with my arms filled with groceries (actually props for a shoot) I ran after her and asked if she wanted to model for me. She responded positively to my enthusiasm. On the way home, countless ideas sprang into my mind—she had opened a whole new flow of inspiration, based on her long red hair, among other things. So when she told me that she had cut her hair just before the shoot, I couldn’t let go of that original inspiration, and placed an ad for a redhead with long hair.

The response was so overwhelming that I decided to dedicate the whole series to redheads in order to be able to give room to all the ideas I was getting. After the first shoot I realized that the frailty of their bone structure, the translucent white skin and the beautiful red hair worked really well with my concept, and that all happened because of the girl in the supermarket and my instinctive decision to run after her.

Did you have any specific references or sources of inspiration in mind while working on Silent Voices?

Not specifically. But I do believe that as a photographer, one becomes the sum of every artwork admired, every picture seen (and every thought had, every opinion read, every emotion felt). So I’m sure that countless pieces of art influenced me, crossing my path and leaving a residue behind… becoming part of me and shaping my vision and my ideas.

Given my previous answer, it is more than likely that I don’t consciously know my main influence. We are all the sum of our experiences, our feelings, convictions, morals, obsessions, educations and relationships. But if I had to choose one, I would say the Dutch Masters and their innovative techniques in portraiture. In the Netherlands we are ingrained with their portraits at a young age, in a way that they become part of our cultural DNA.