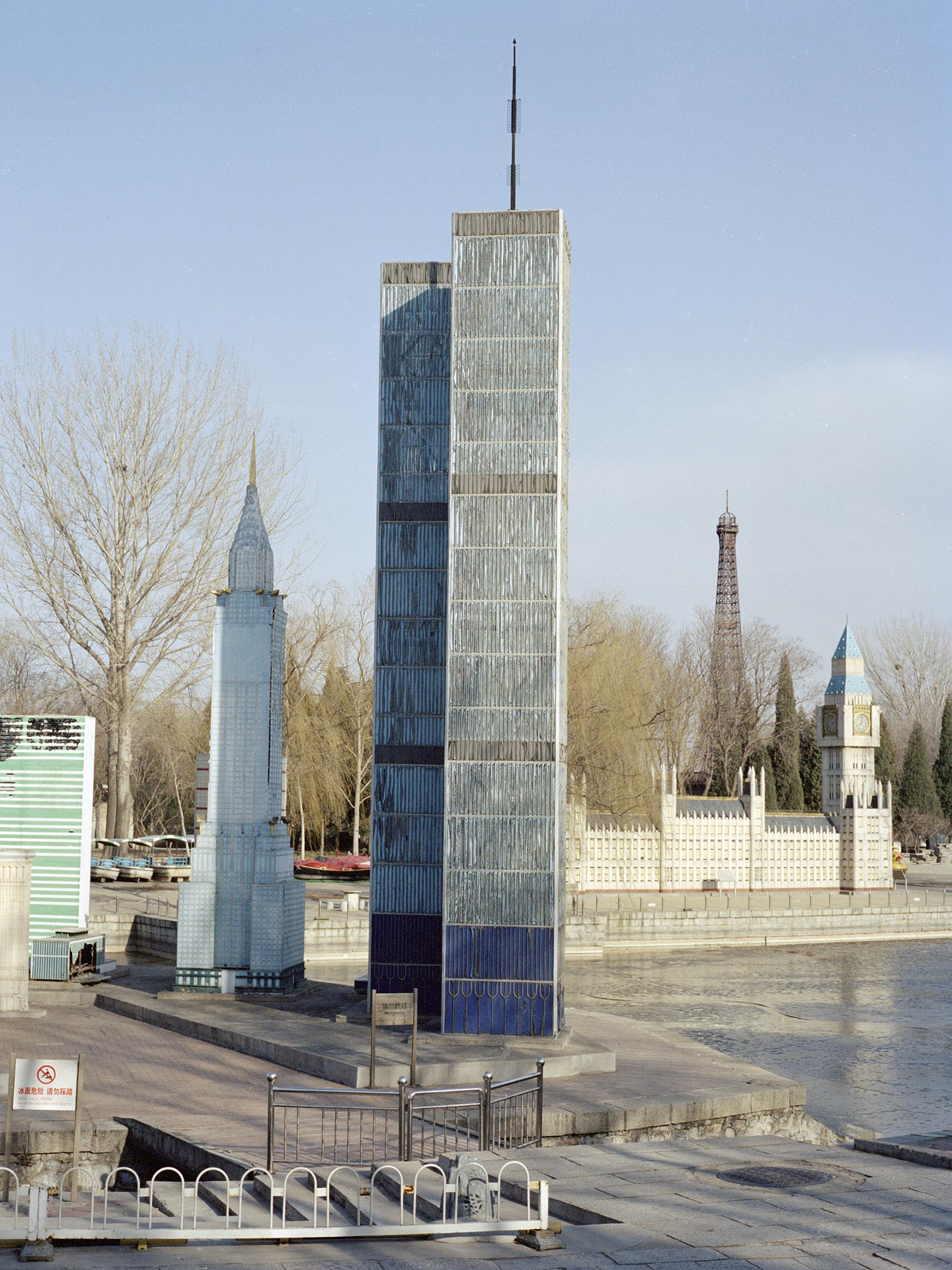 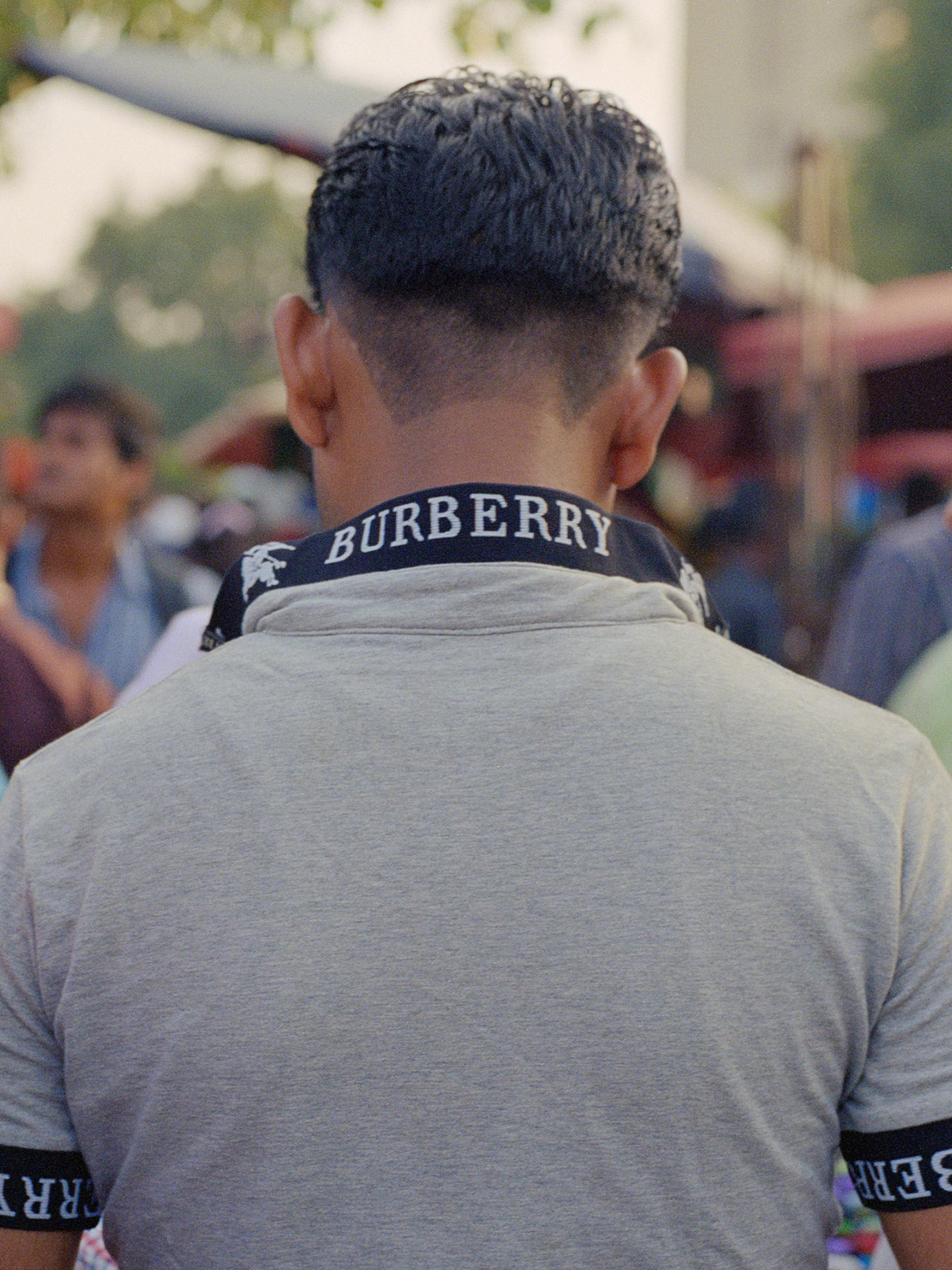 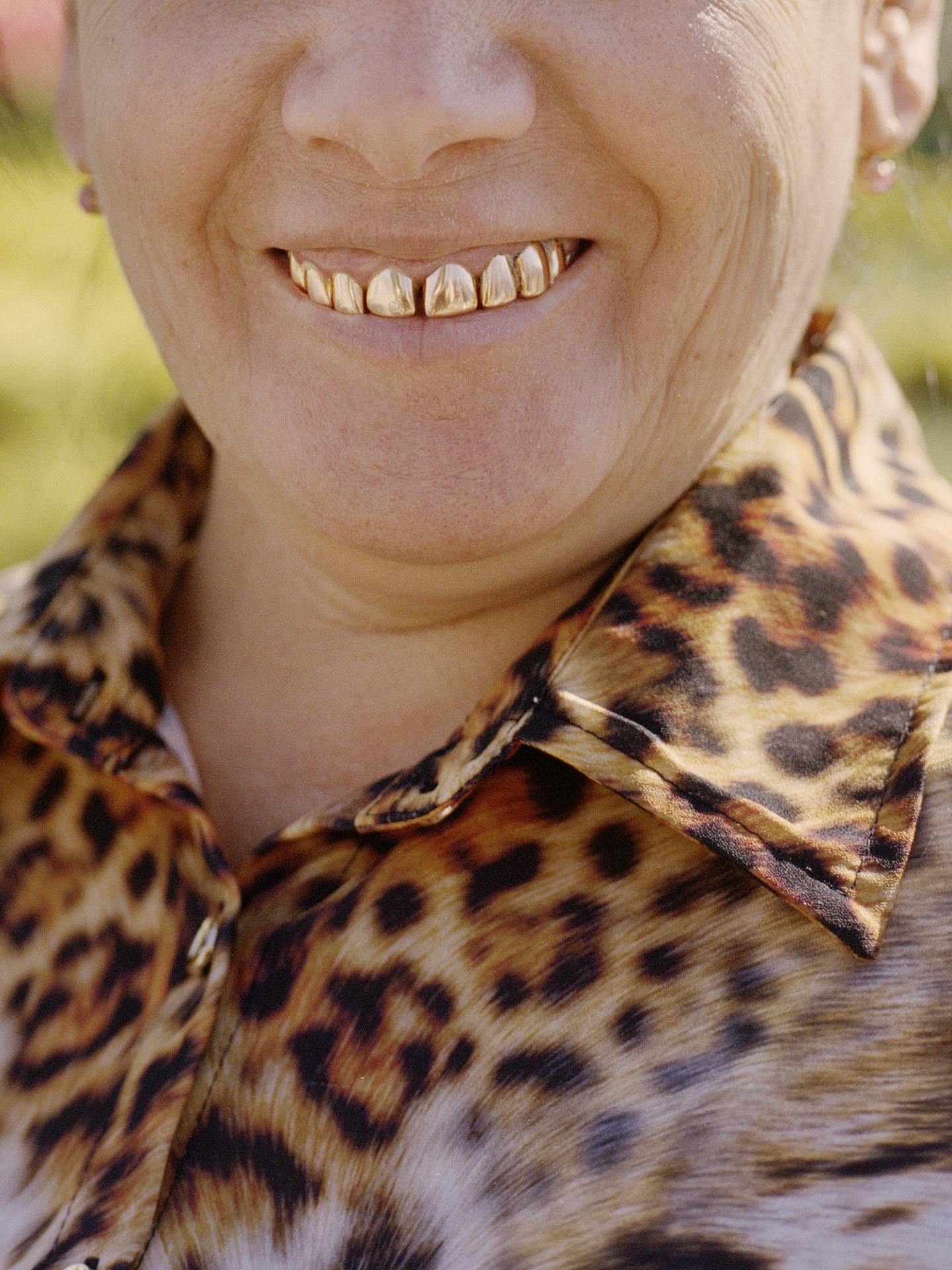 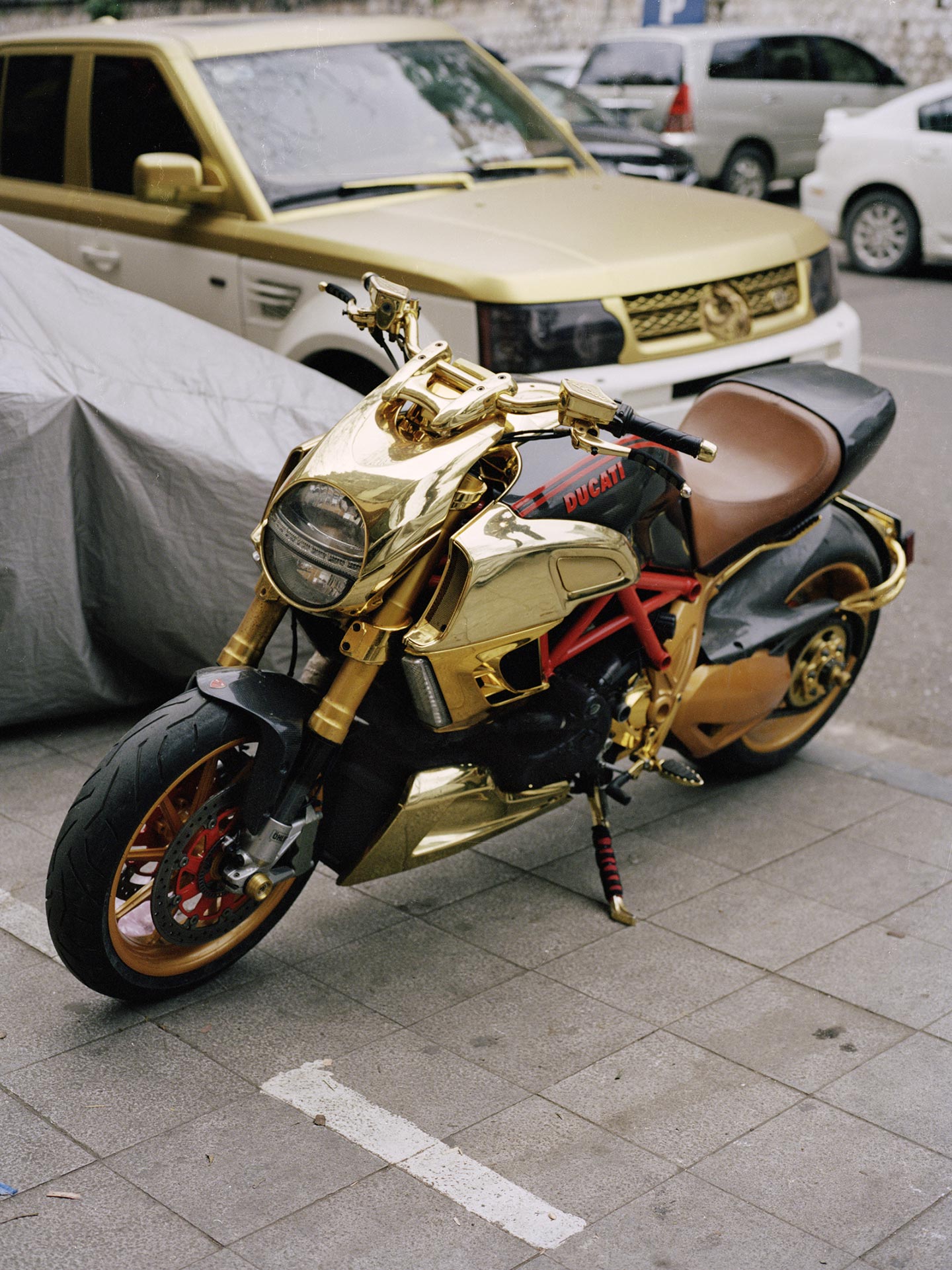 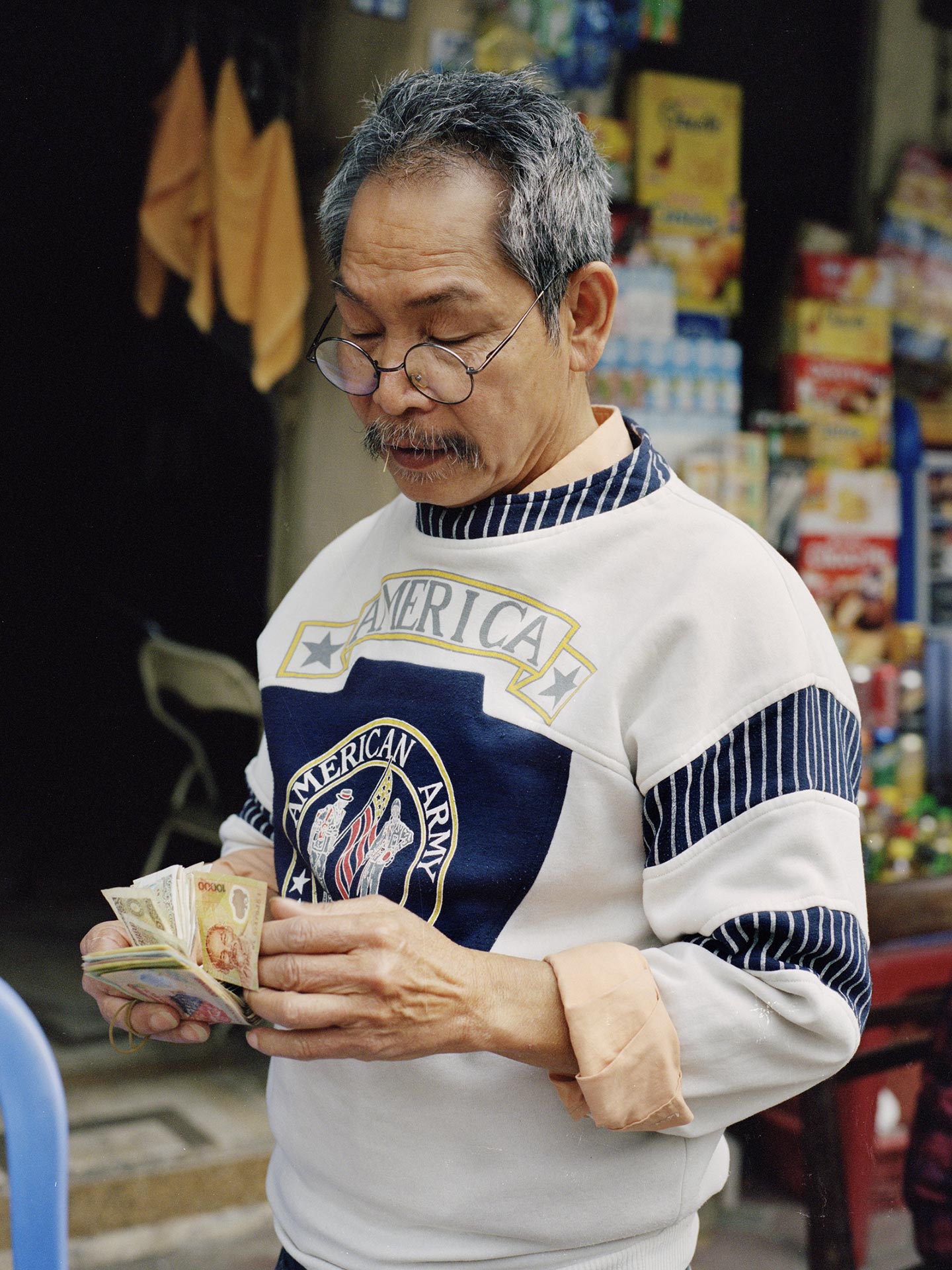 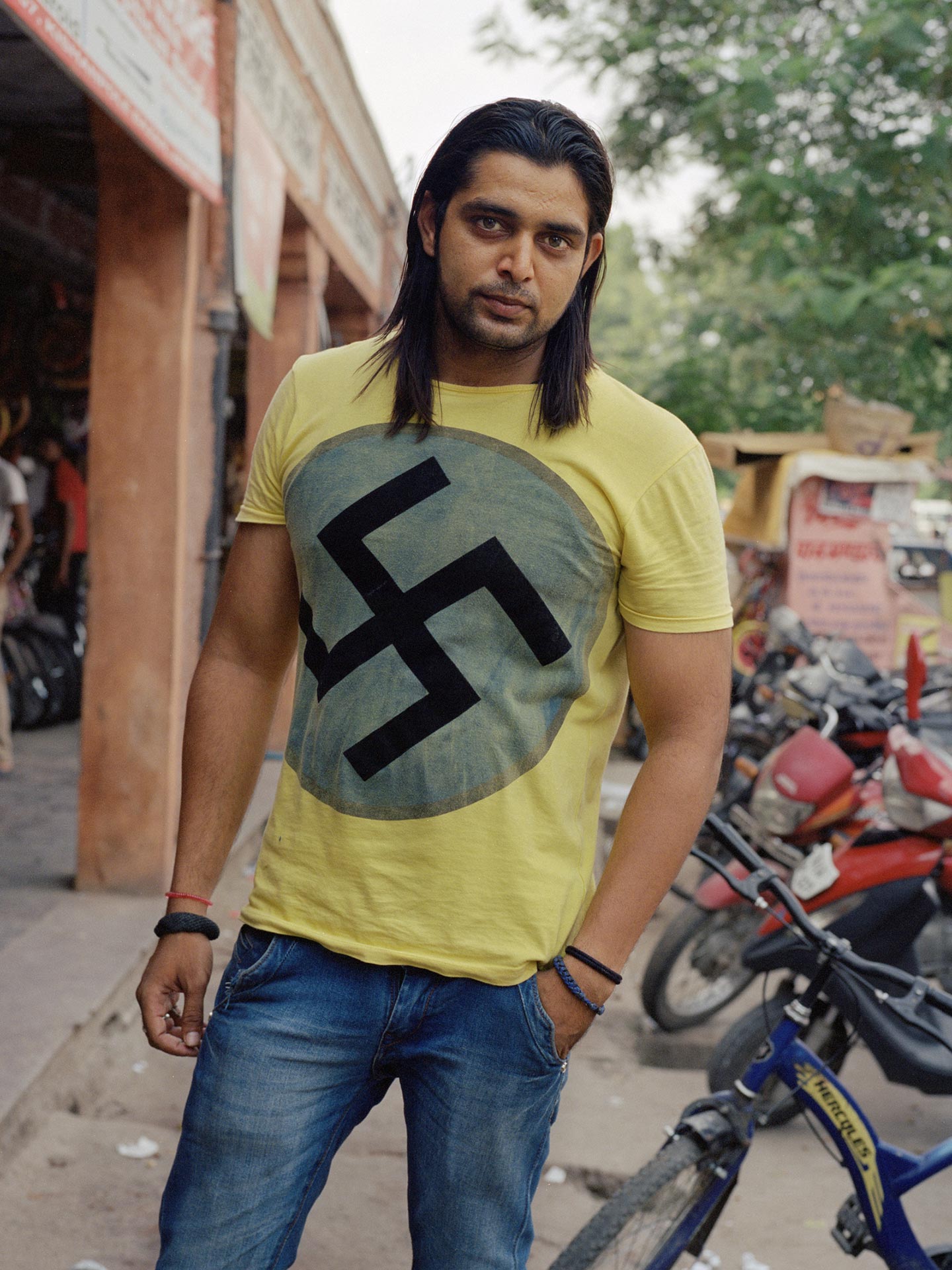 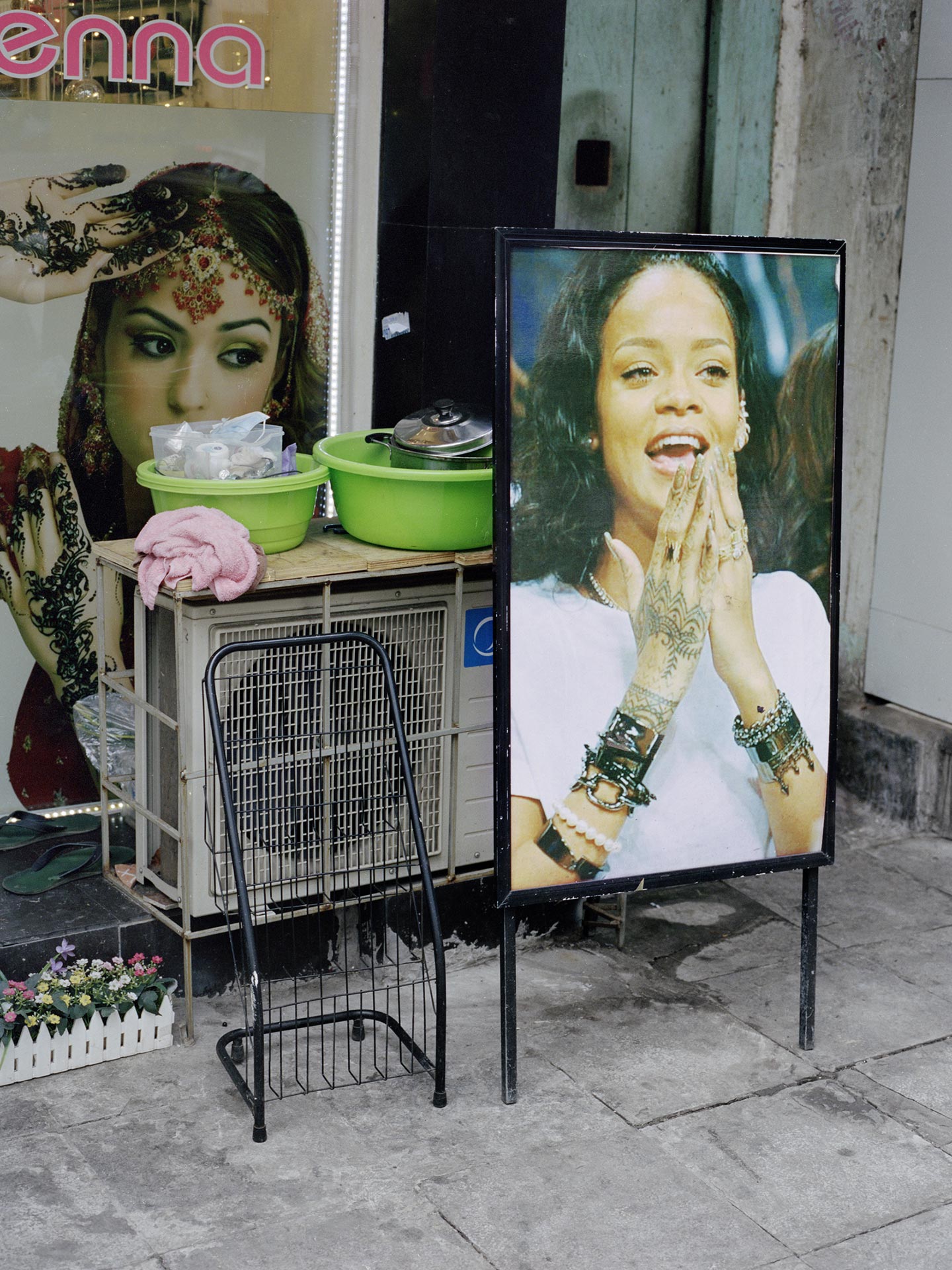 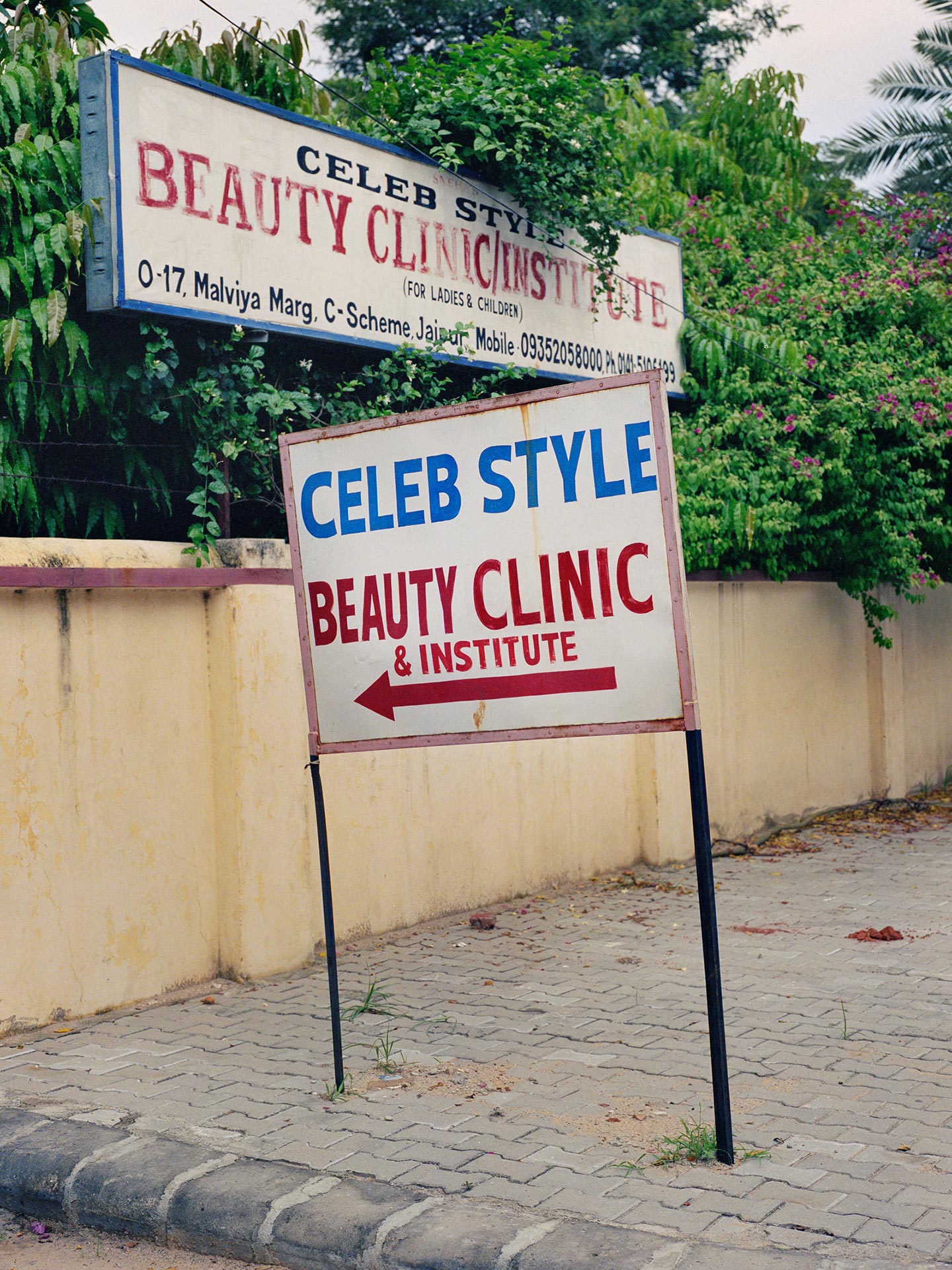 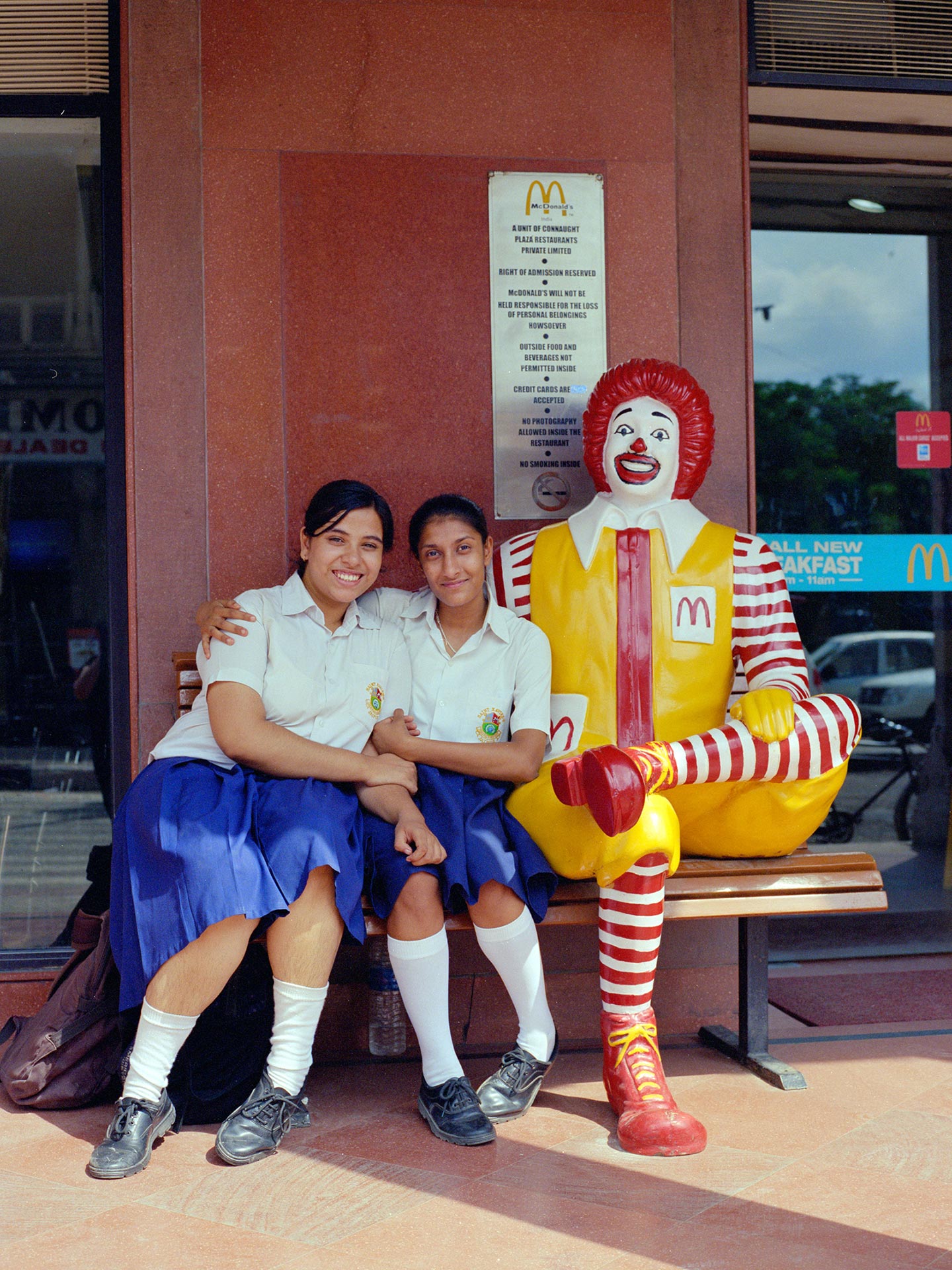 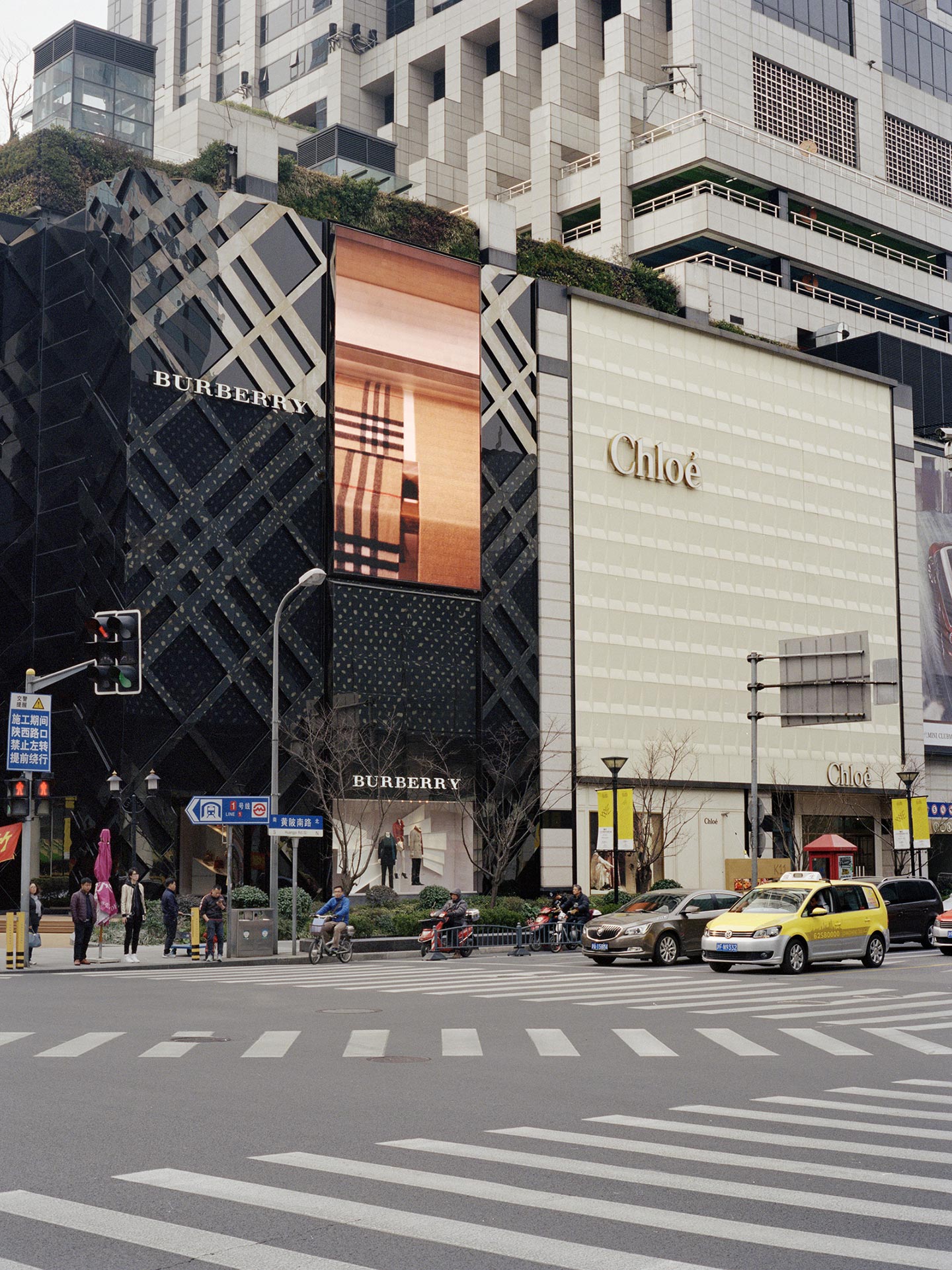 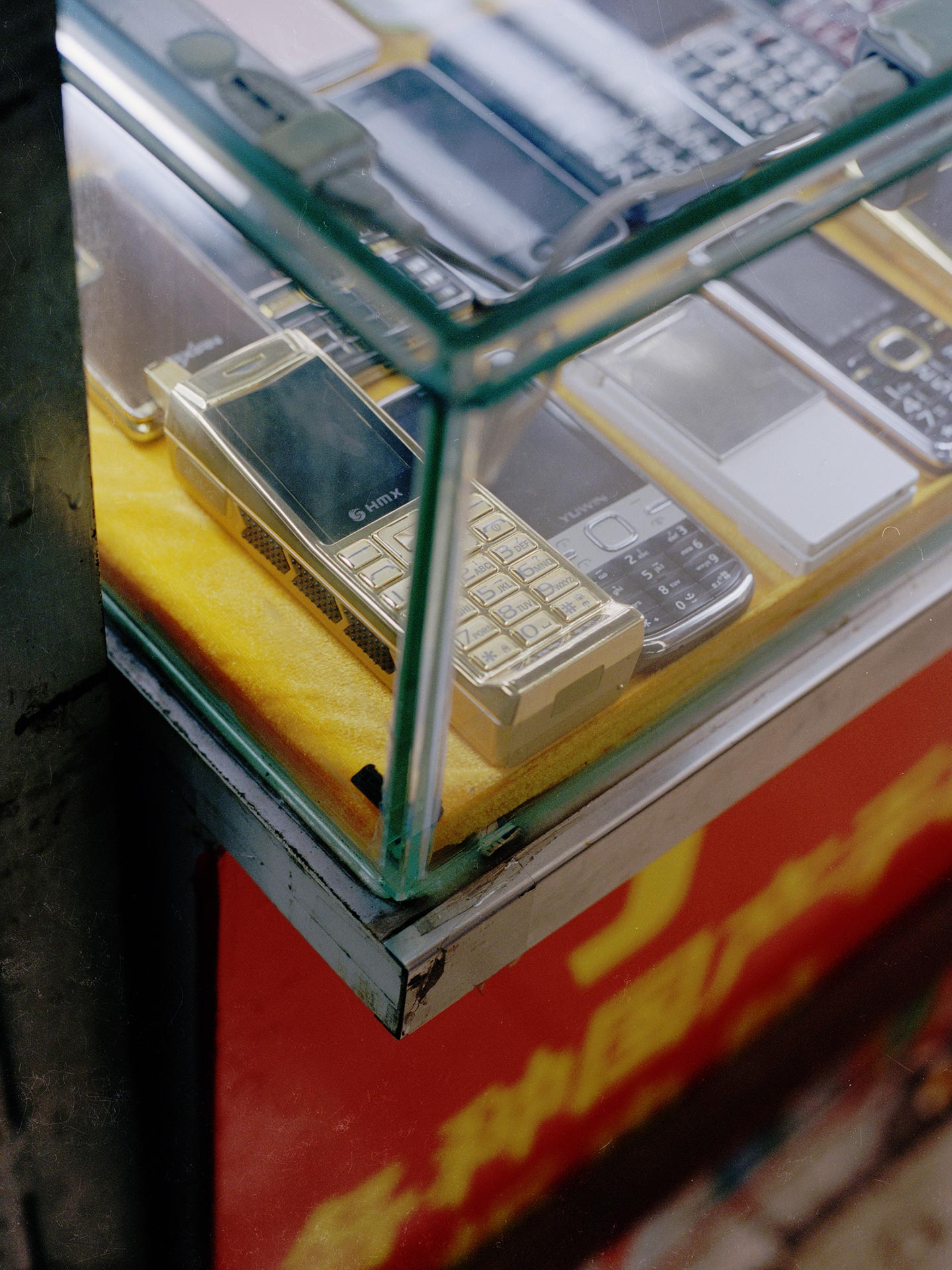 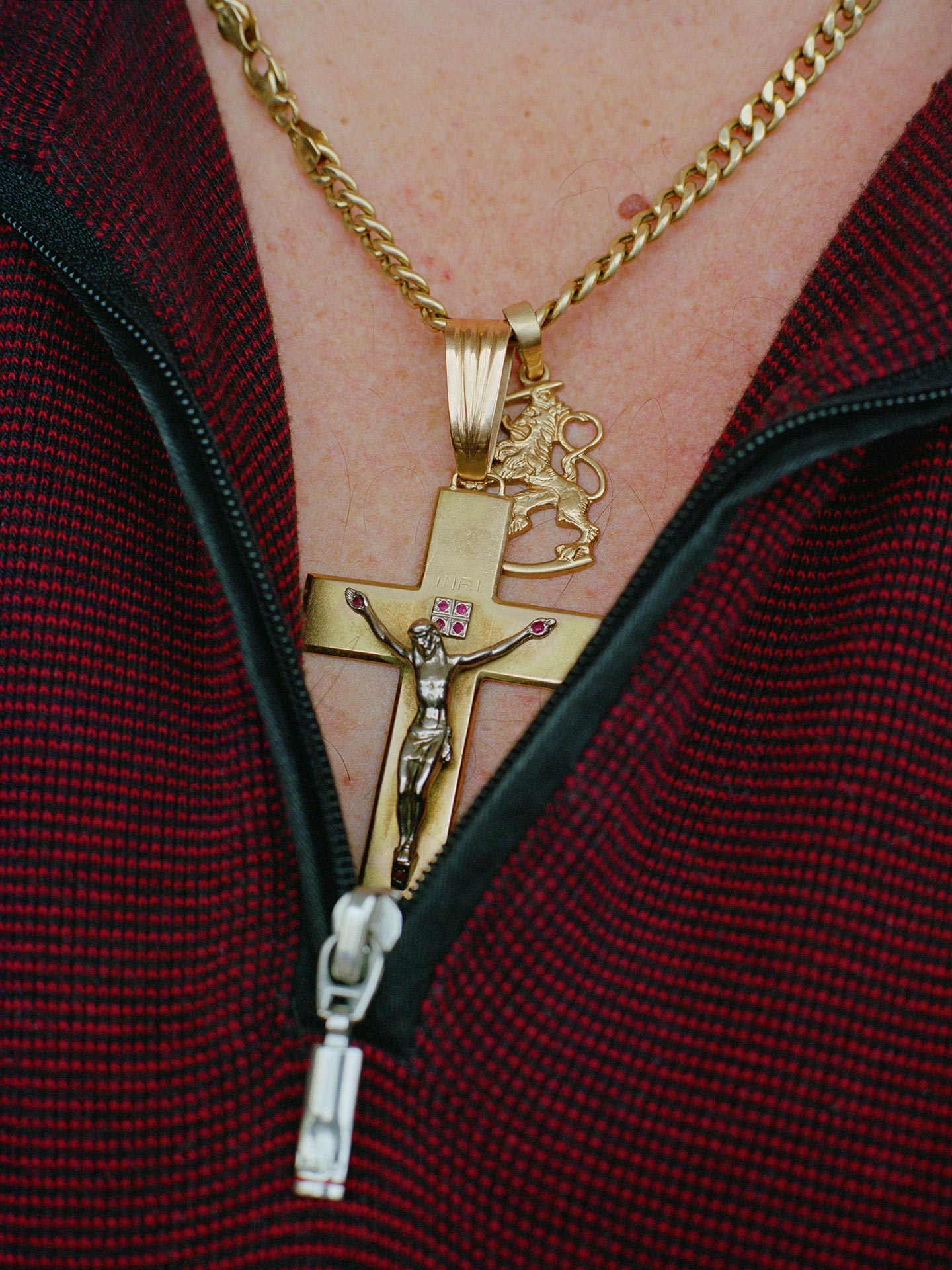 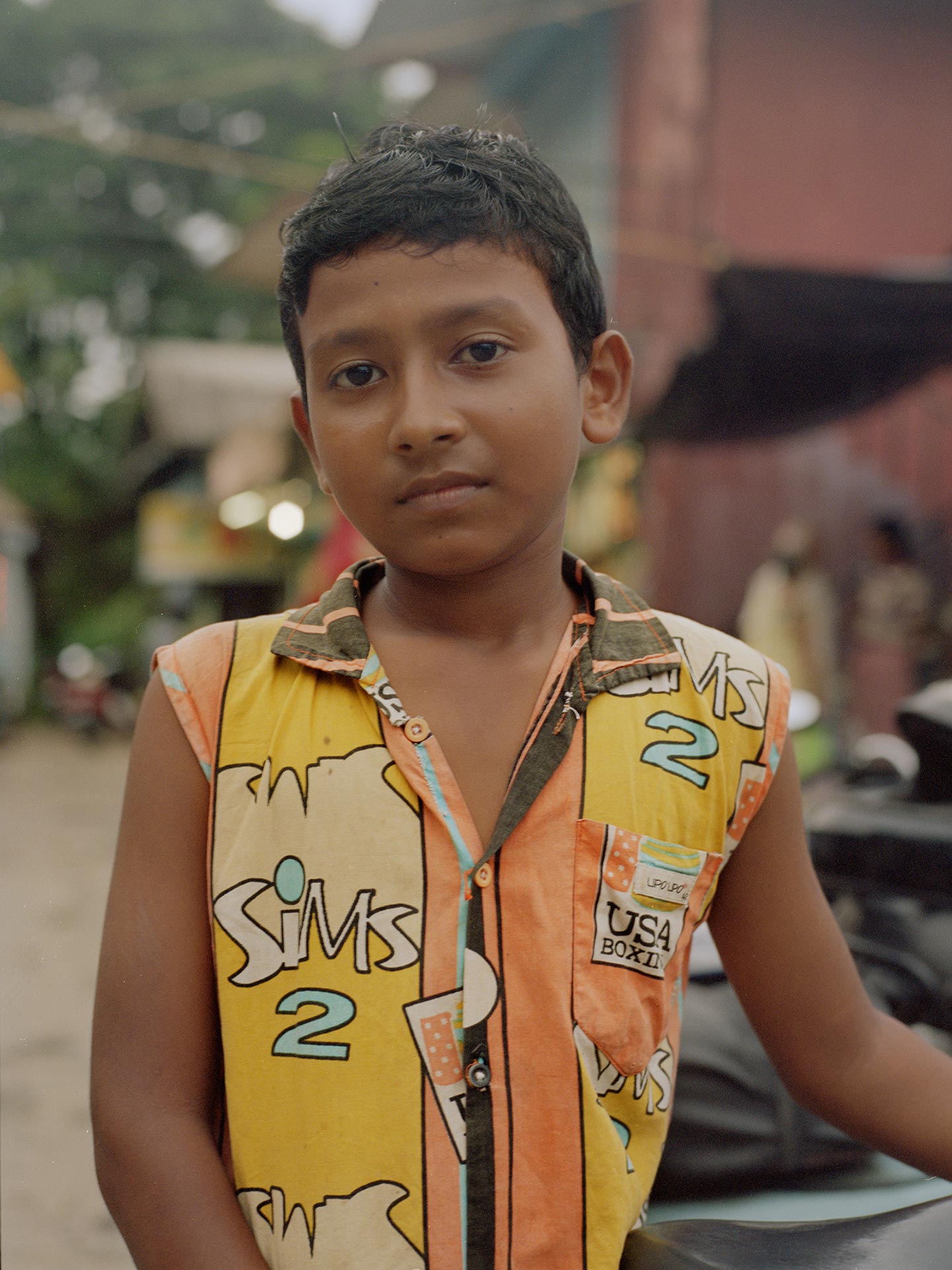 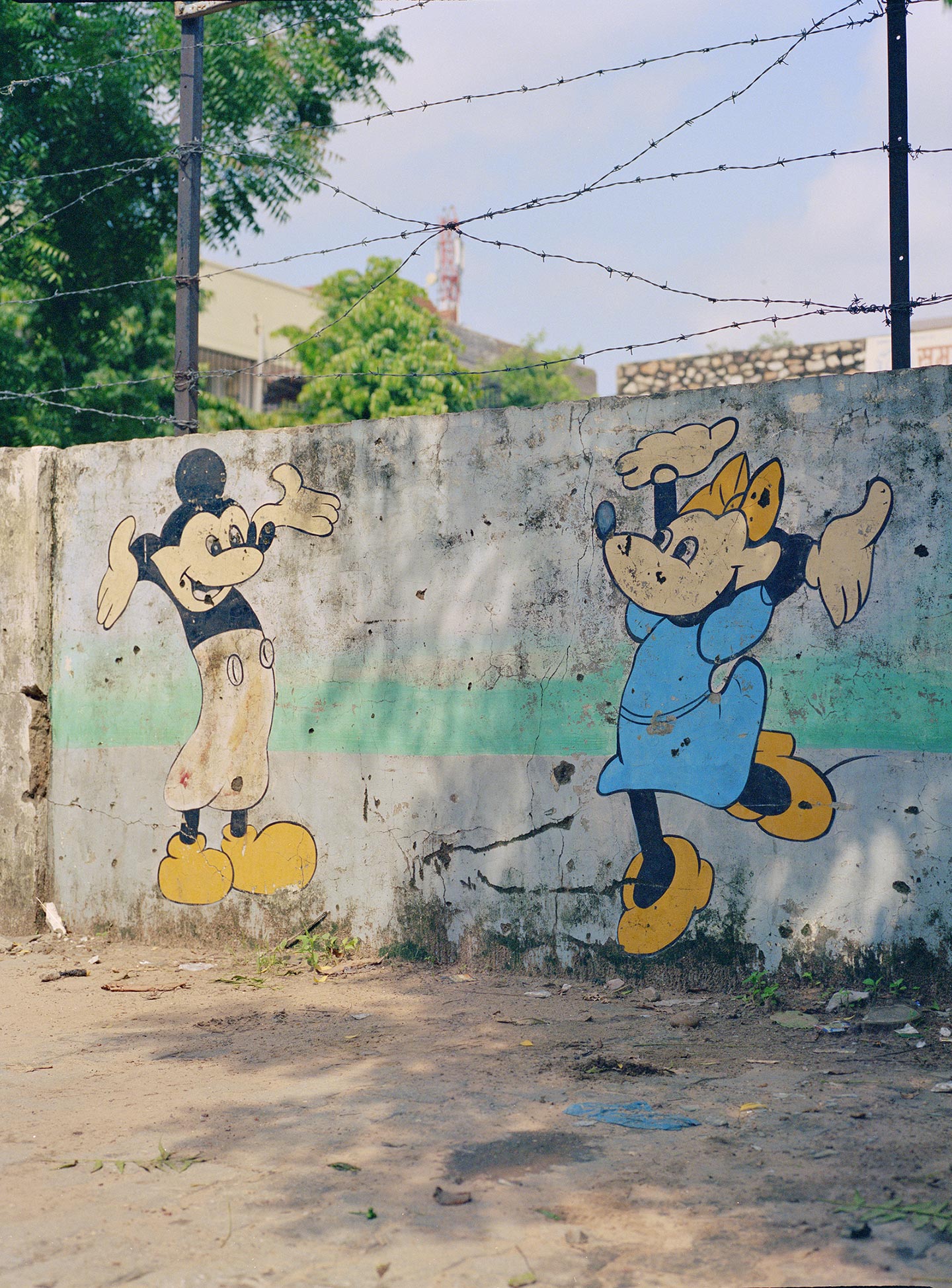 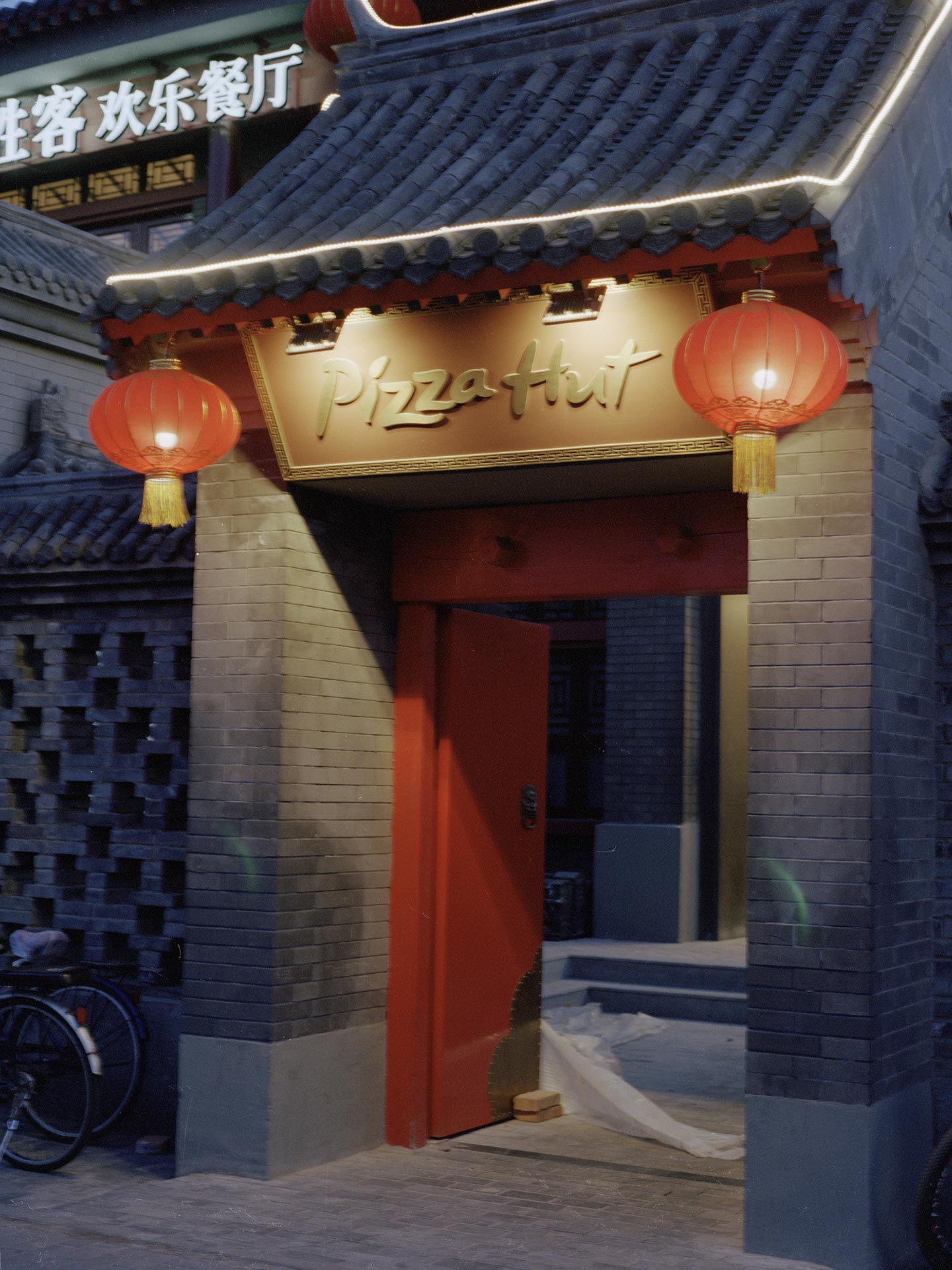 28 year-old Finnish photographer Helen Korpak describes her series Everything Everywhere as “a sprawling, ongoing project about globalization and its visibility in everyday life.” In fact, daily life has always been her primary source of inspiration: “As a photographer, my main motive is everyday life. When I first started photographing a decade ago, I worked within the diaristic tradition. These days I also do documentary projects that look outwards rather than inwards, but my inspiration remains the same: it’s always the little beautiful details found in mundane reality. I can’t seem to shake that obsession.”

In regards with Everything Everywhere, Helen is specifically interested in “the tangled web of new meanings that emerge in the intersection of global and local culture. My main focus is contemporary status symbols and the homogenization of style: I approach clothing as a language and a social object. I find it extremely interesting and rewarding to analyze how people construct identity through clothes and accessories. Another recurring theme in the series is the pervasiveness of English language and of Western symbolism around the world. But above all else, I aim to illustrate global consumption.”

Everything Everywhere is an ongoing project, and so far it contains images shot across Europe and Asia, in countries like India, China, Hong Kong, Vietnam and Turkey. But the initial idea for the work came to Helena in her home country, Finland: “Back in 2013, I went to a region of Finland called Kainuu with three other photographers. After the trip, when editing the photos, I saw a theme emerge: the visibility of American pop culture in this rural part of Finland. It hadn’t been a conscious decision, but it was clear when looking through the photos that there was a pattern. I mulled this over for some months and made a decision to continue working on the theme. Interestingly enough, I’ve since noticed that the same theme is visible in some of the earliest photos I’ve taken. I guess I’ve just been interested in the element of absurdity that globalization brings with it for a really long time. ”

Establishing whether globalization is good or bad is not the point: “I’ve been asked if I am for globalization or against it. I hope this series makes viewers realize that that question is redundant in today’s world. And to be honest, the people and things and places that I’ve had the fortune to photograph have brought me a lot of joy and excitement. I hope at least a sliver of that is felt by the viewer.”

“I like to depict contrasts, clashes, juxtapositions,” Helen says about her images. “It’s a balancing act not to make it too obvious–I have so much material that it all really comes down to editing.  Roland Barthes wrote some sour paragraphs in Camera Lucida on how horribly boring he found photographs with stark contrasts, mentioning an image in which drag queens and nuns are in the same frame as an example. I both agree and disagree. Obviously a big portion of my photos fall into that category of obvious contrasting, and I see nothing banal with that. However it’s crucial that those images are combined with more muted photographs. Balance and rhythm are everything in a project like this.”

“I’ve actively tried to not look at too many photographic references, but rather to read up on issues relating to the themes of Everything Everywhere. I can’t say that I’ve always been stellar at this, but I wrote my thesis on the subject, so there’s been some research done, mainly within the fields of post-colonialism and cultural sociology.” Nonetheless, Helen mentions two photobooks that influenced her when starting the project: Neue Welt by Wolfgang Tillmans and Will They Sing Like Raindrops Or Leave Me Thirsty by Max Pinckers: “Both are really, really good photobooks that bring documentary photography to the 21st century. It’s always been important to me to really try to process why I want to take a picture, what it is that makes me lift up my camera: is it because I feel like I “should” take a picture of what I see in front of me, or is it because I really want to take it? Both of those books are examples of how well things turn out when you’re creative rather than following the well-trodden paths of documentary photography.”

It’s again a photobook that Helen mentions as one of the greatest influences on her practice as a photographer: “When I first started photographing in my teens, I came across Nan Goldin’s The Ballad of Sexual Dependency at the Helsinki book fair. It’s not an art book fair, but strangely enough somebody had it for sale. I remember thinking, “Oh, so this is possible?”. It had never really crossed my mind that extremely personal snapshots could be shown as art, and it was such a liberating experience. It was the first photobook I bought with my own money and it still thrills me, moves me and intimidates me to this day.

Apart from that first important realization, the internet has played a huge role in my evolution as a photographer. Flickr was amazing back in 2009, with a great community that provided a lot of support. It meant a lot: solidarity with other art workers is important to me. I feel like intersectional and ethical thinking is often disregarded within the photographic community, and thoughts about that has influenced me a lot. It’s the main reason why I work really slow, taking years to complete projects, since I’m weary of being exploitative. Being a decent human being is more important than quickly advancing a career as a documentary photographer.”

Helen’s favorite contemporary photographers are Wolfgang Tillmans, Rinko Kawauchi, Richard Mosse and Sophie Calle. The last photobooks she bought were Vivianne Sassen’s Of Mud And Lotus, Keiko Nomura’s Okinawa and Irina Popova’s If You Have A Secret.

Her #threewordsforphotography are:
Humans. Intersectionality. Emotion.