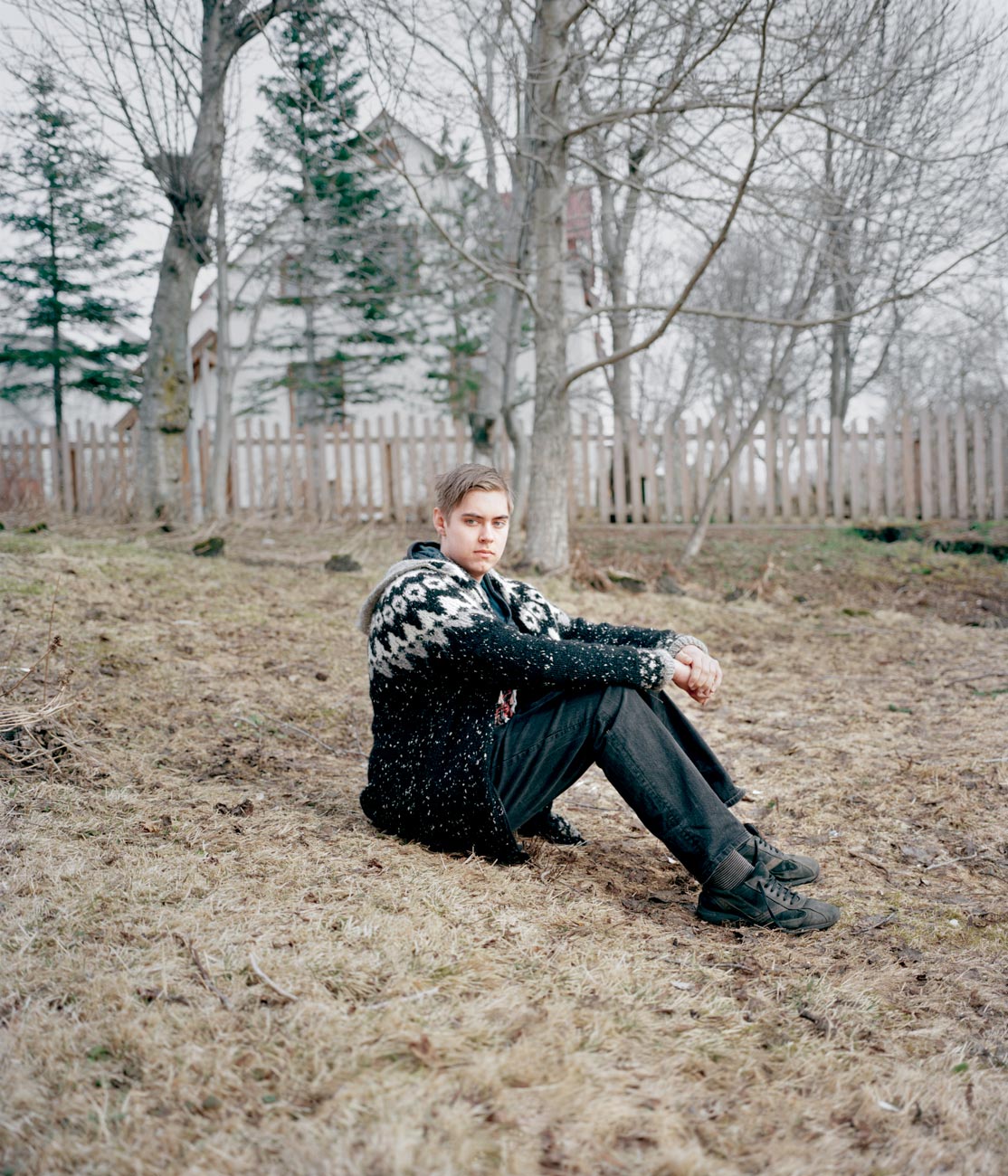 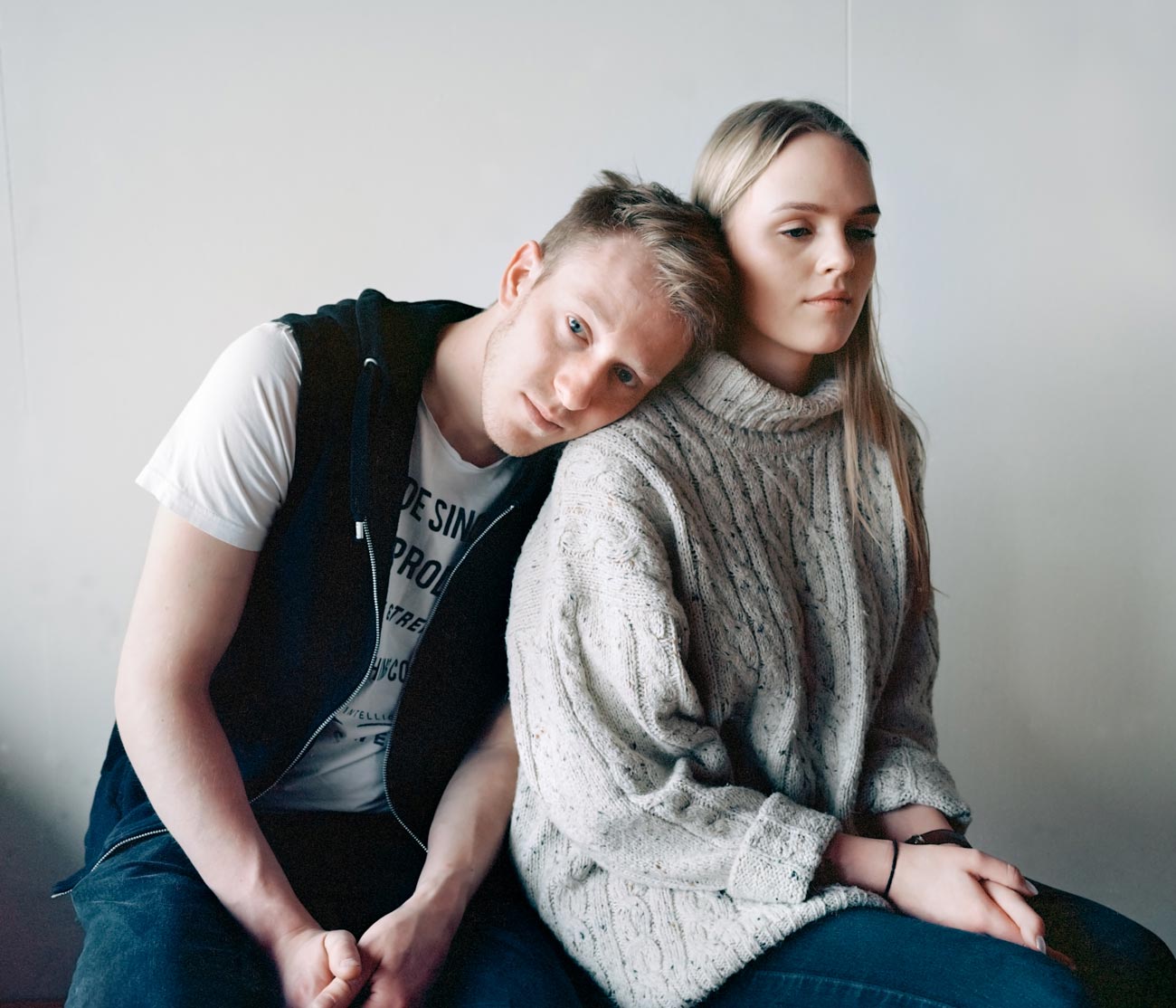 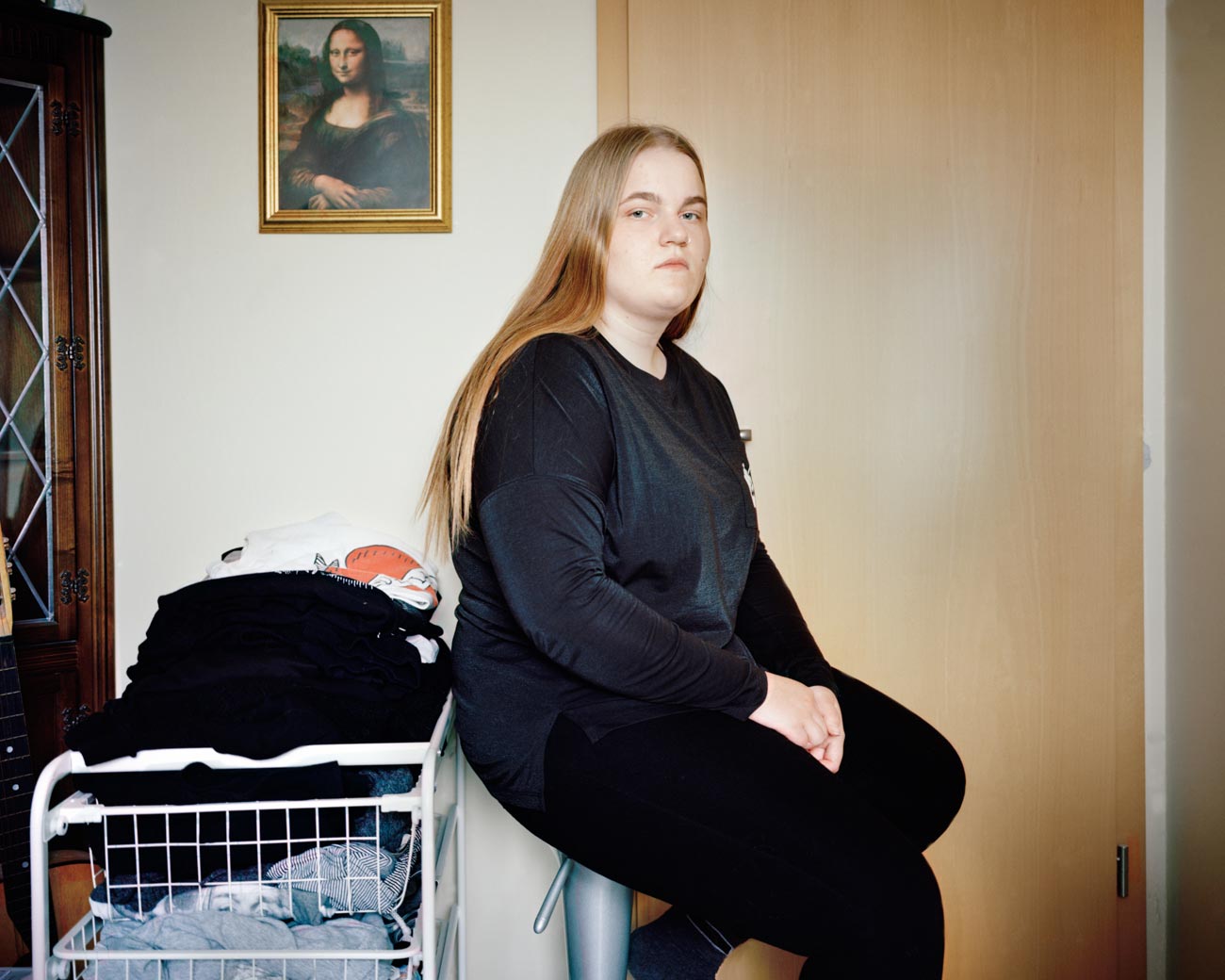 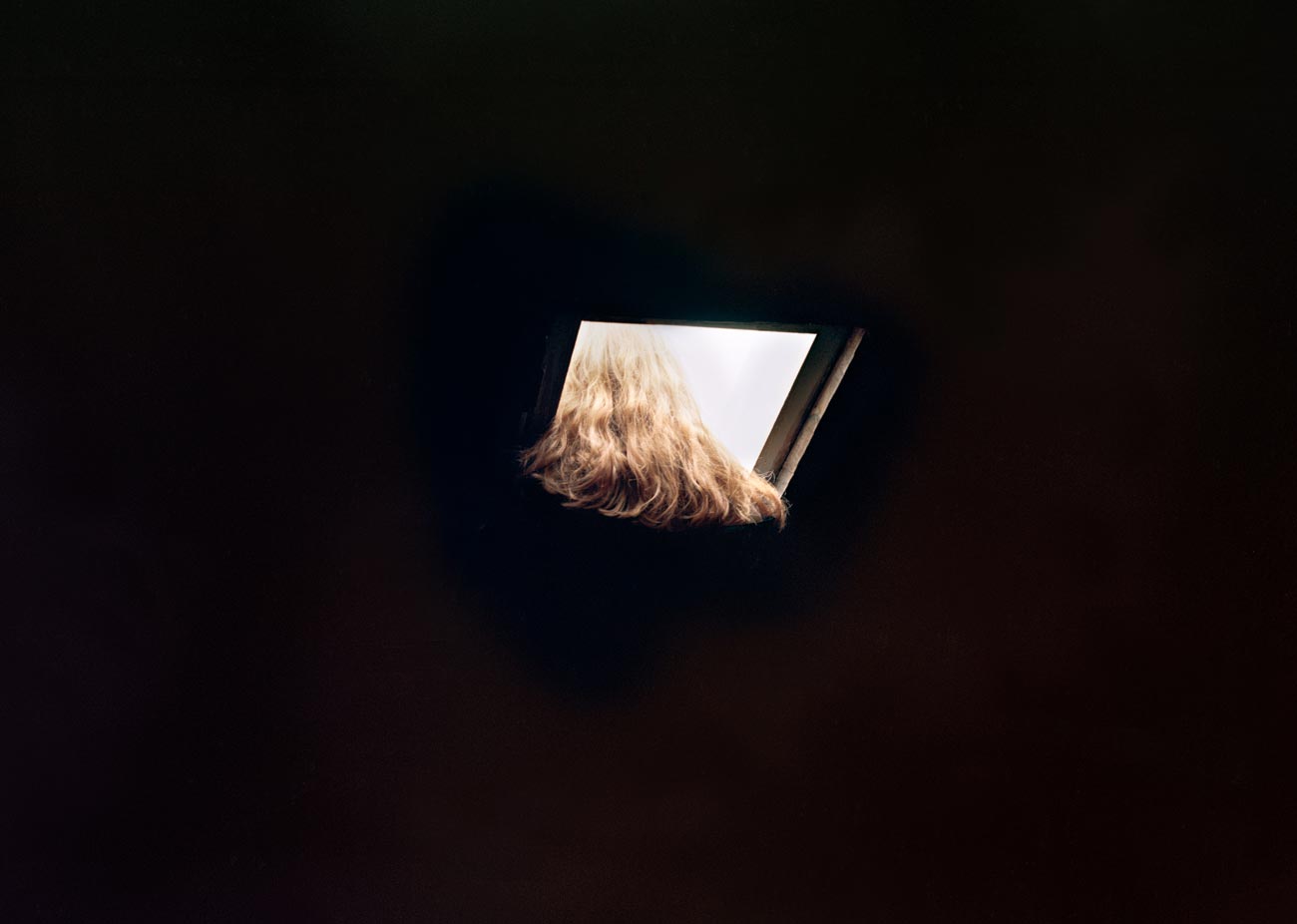 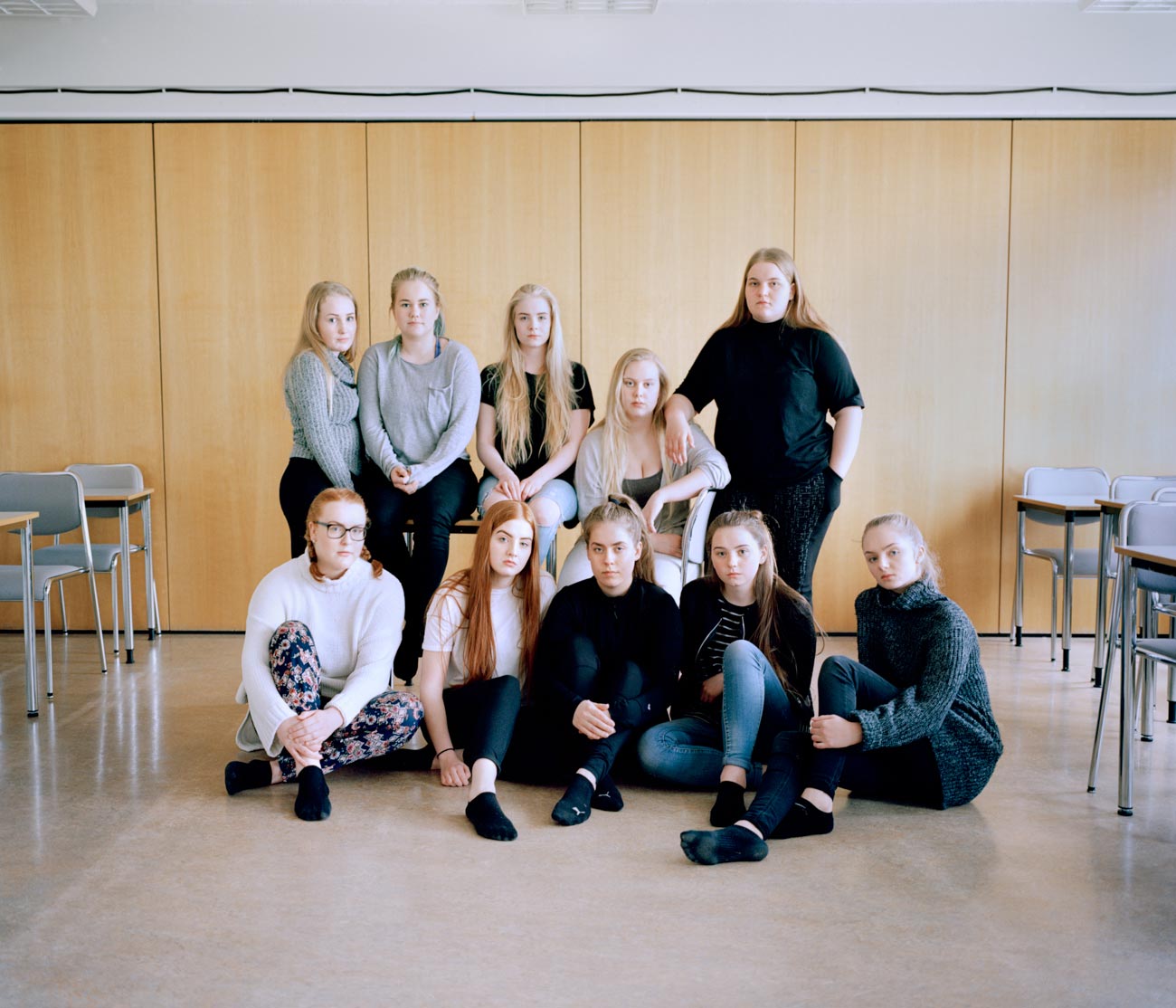 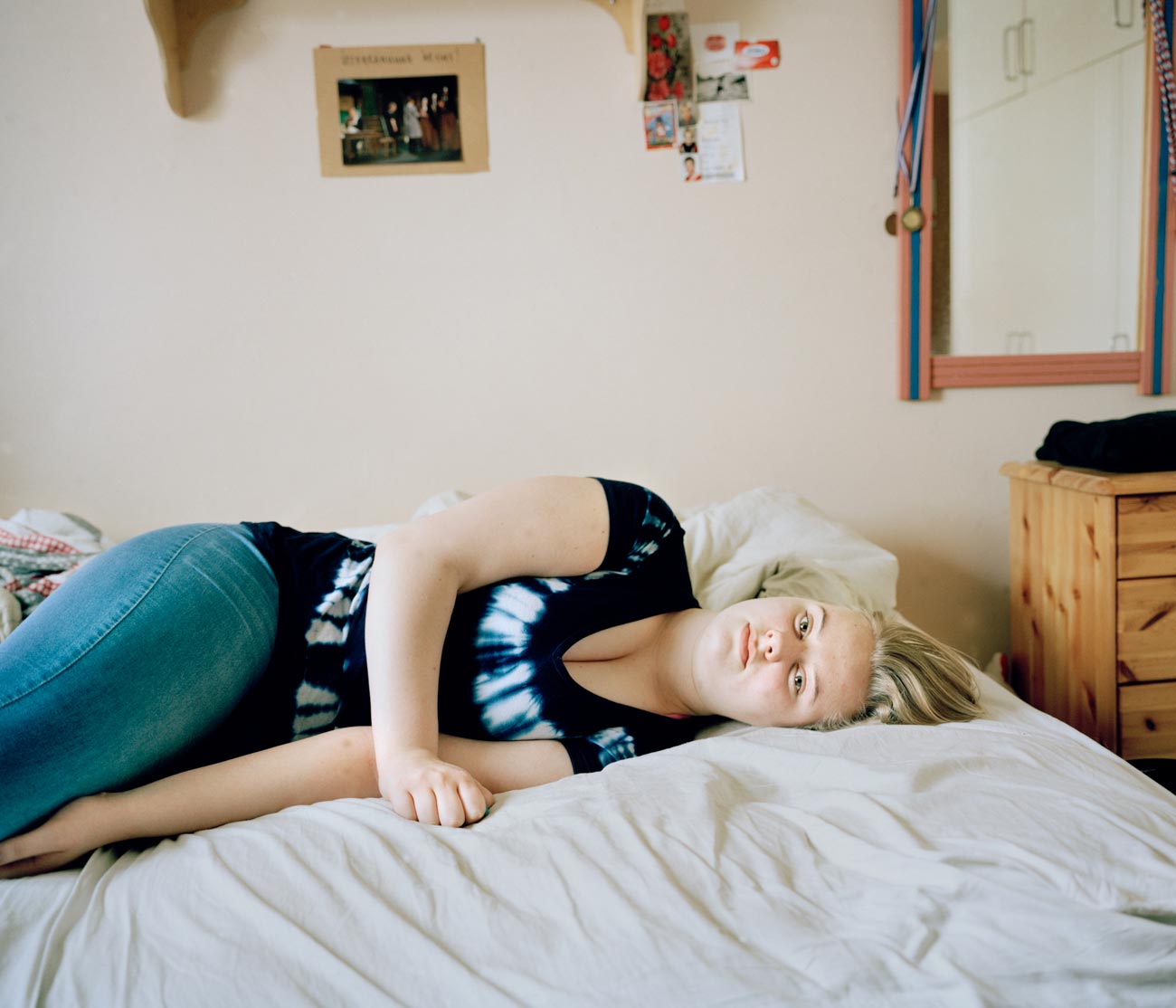 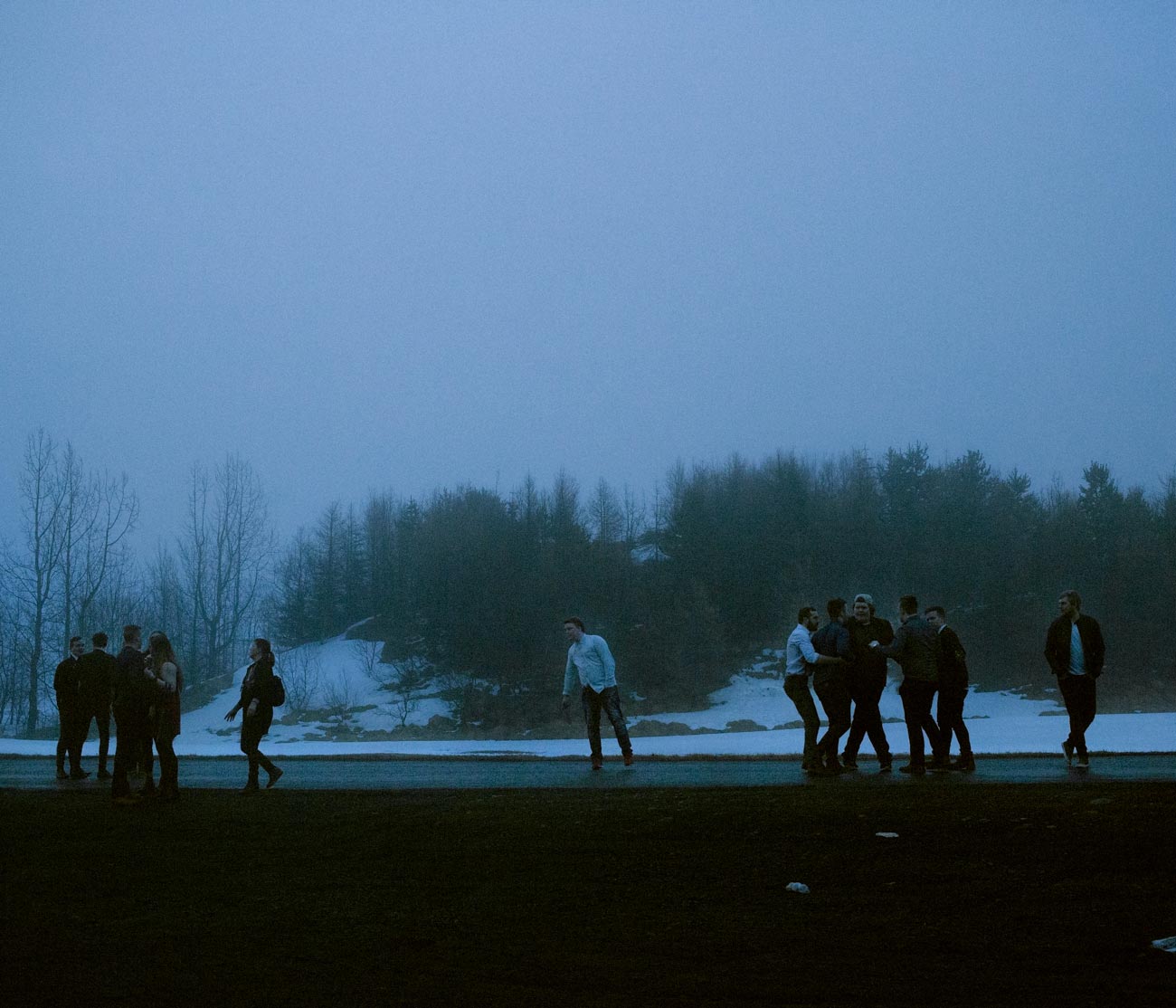 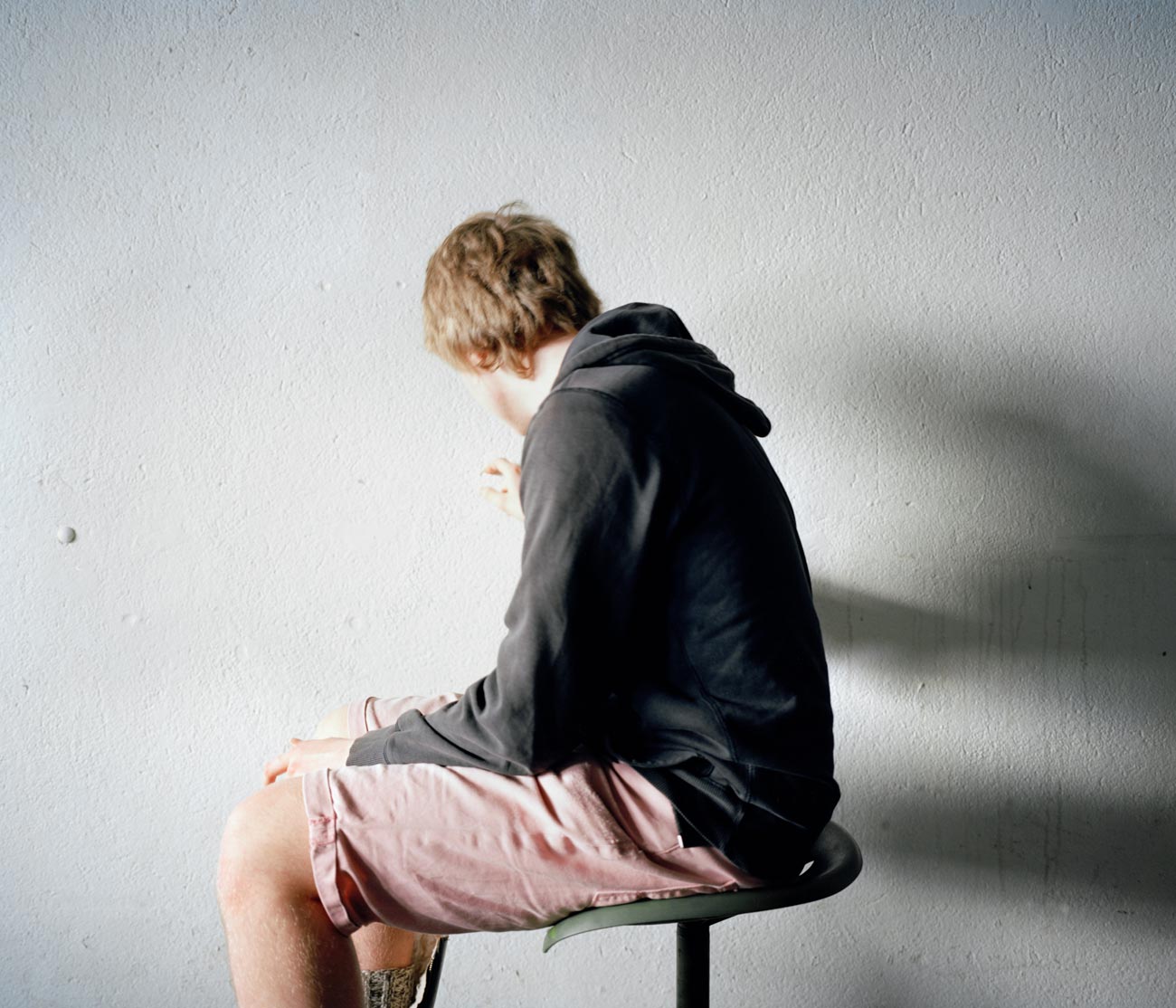 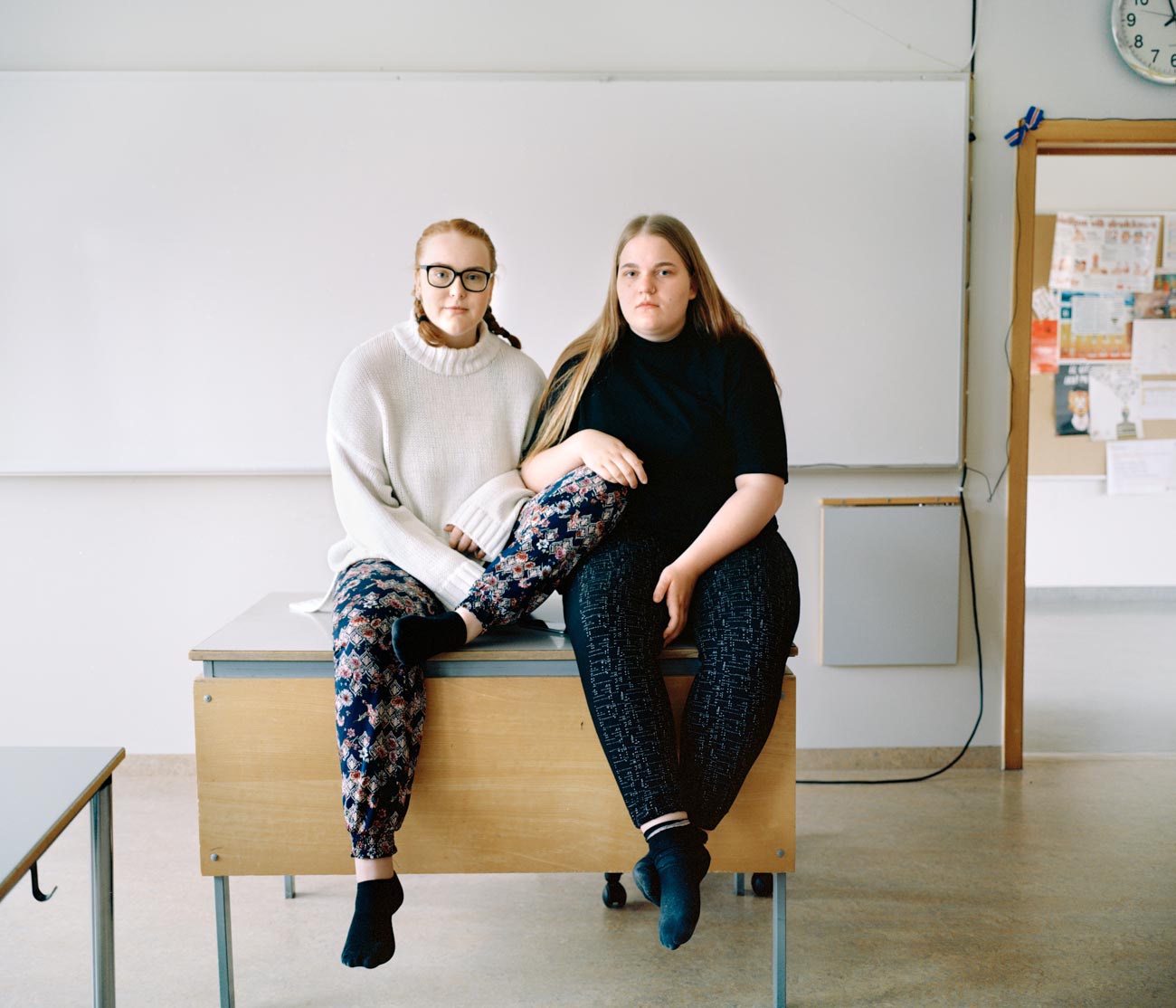 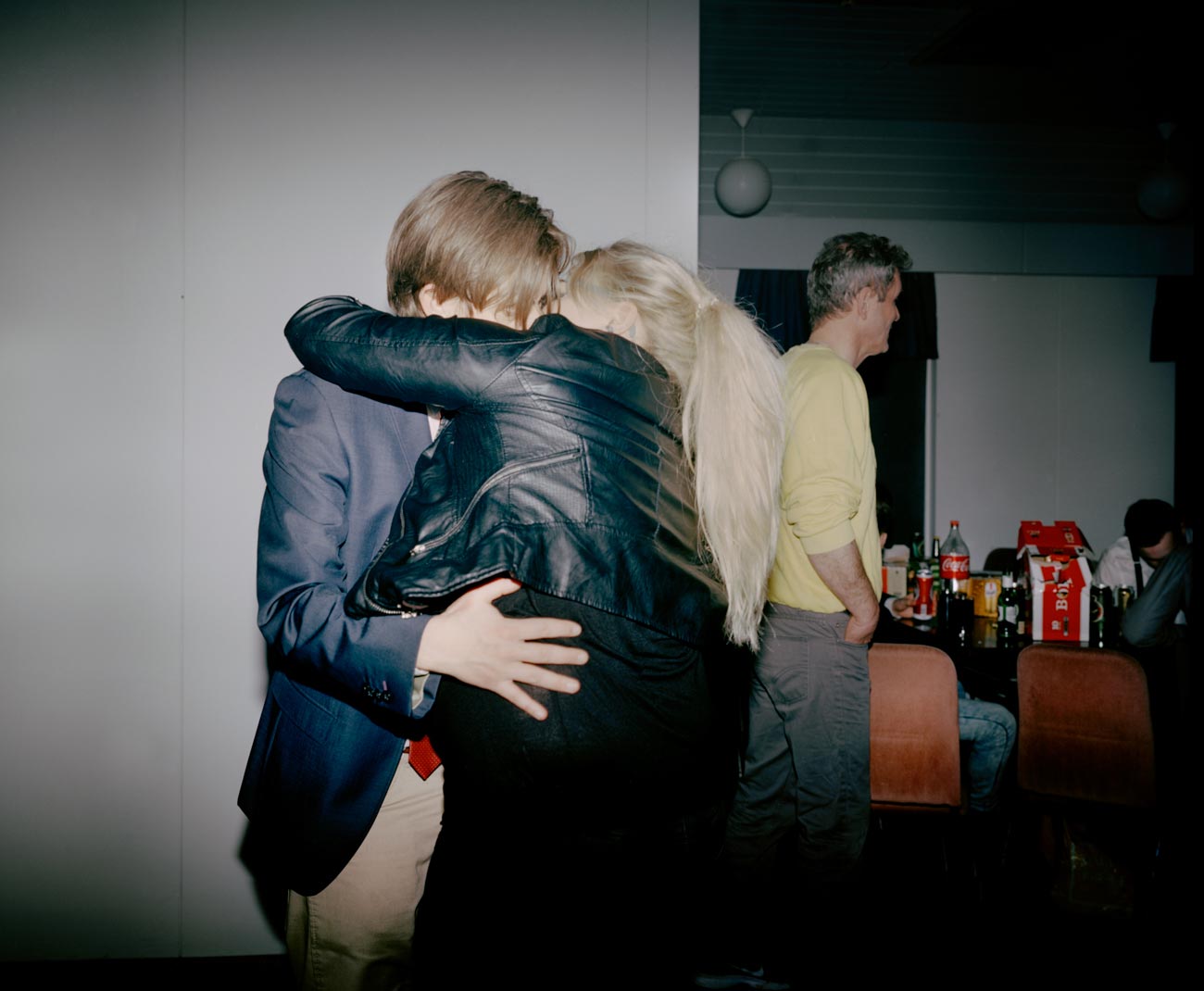 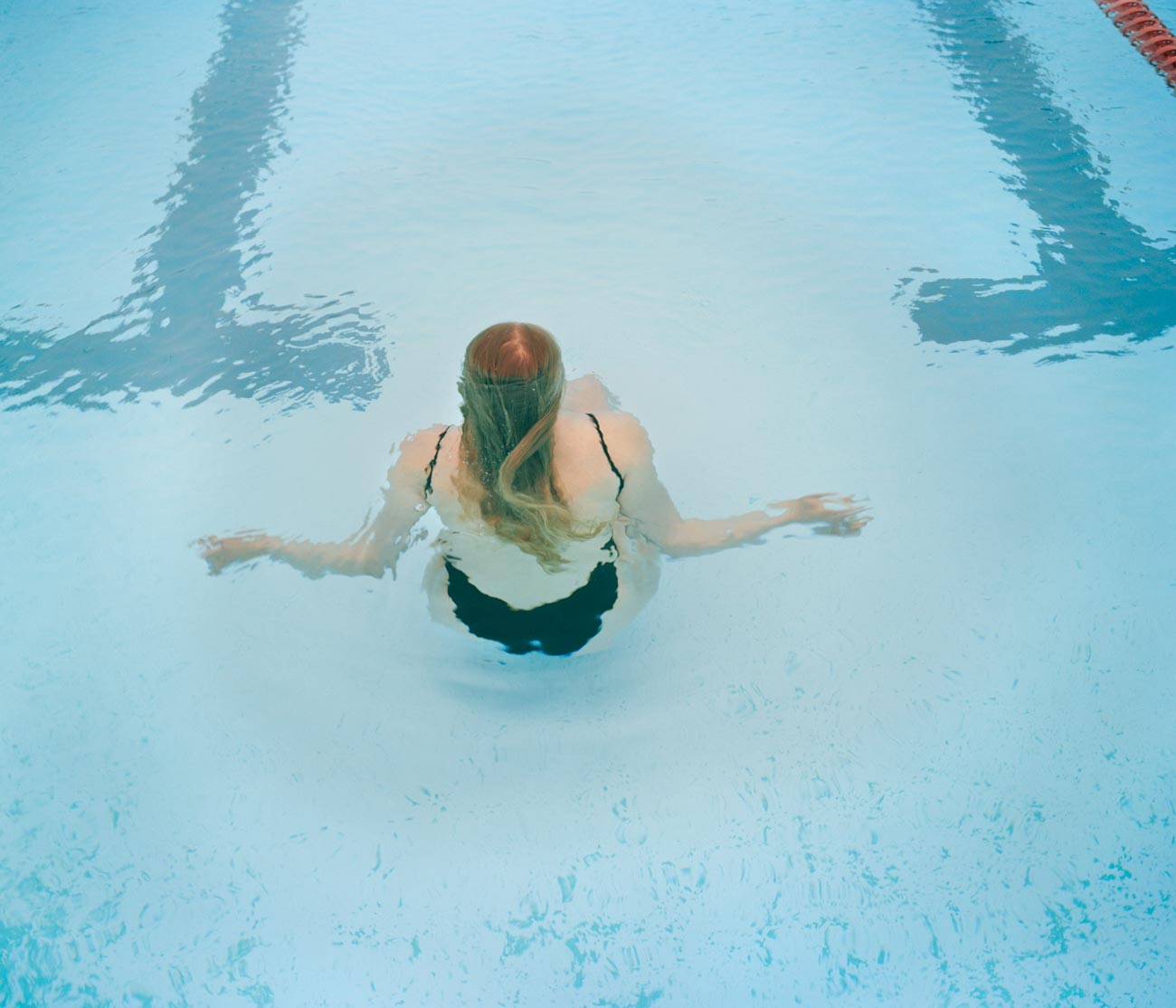 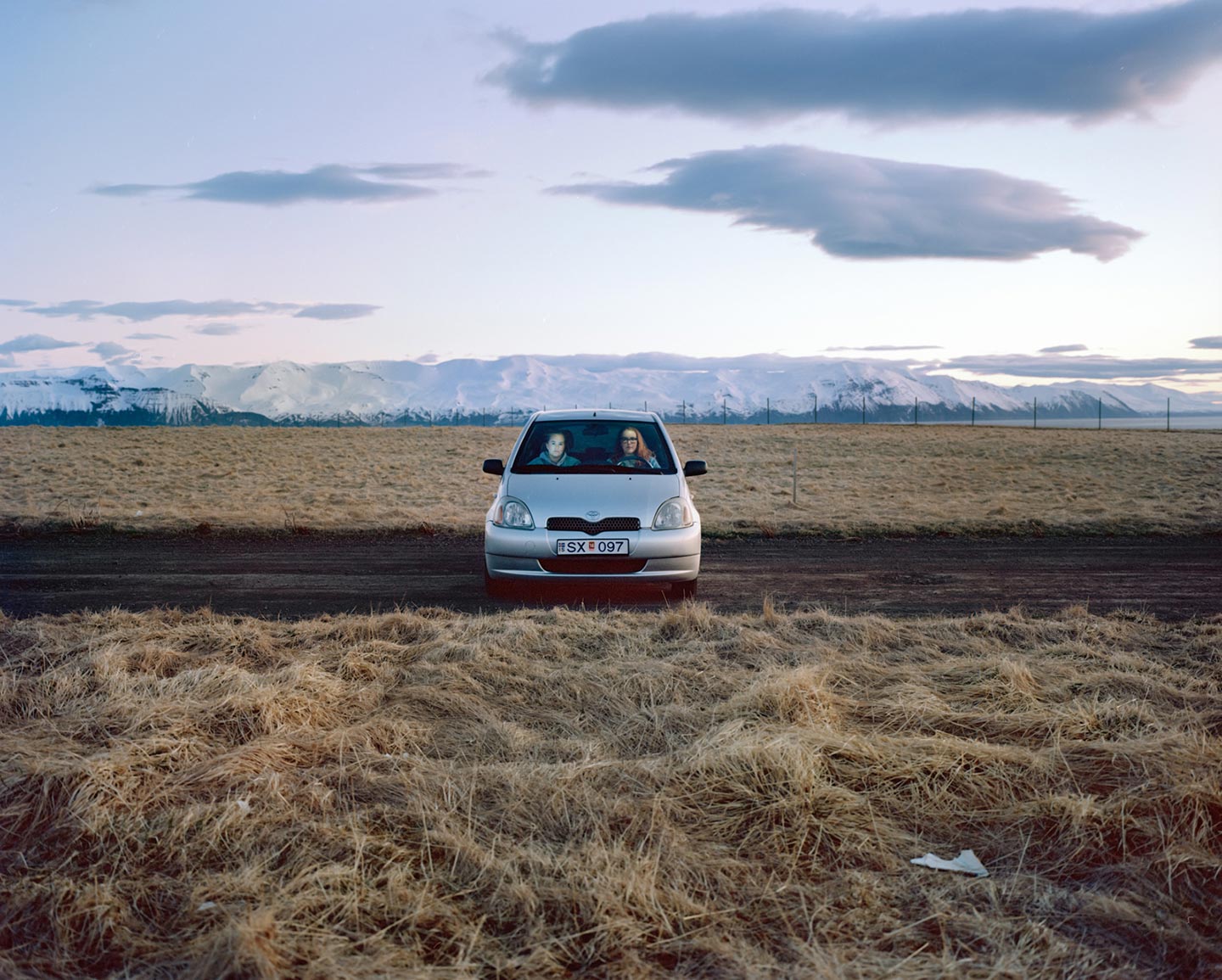 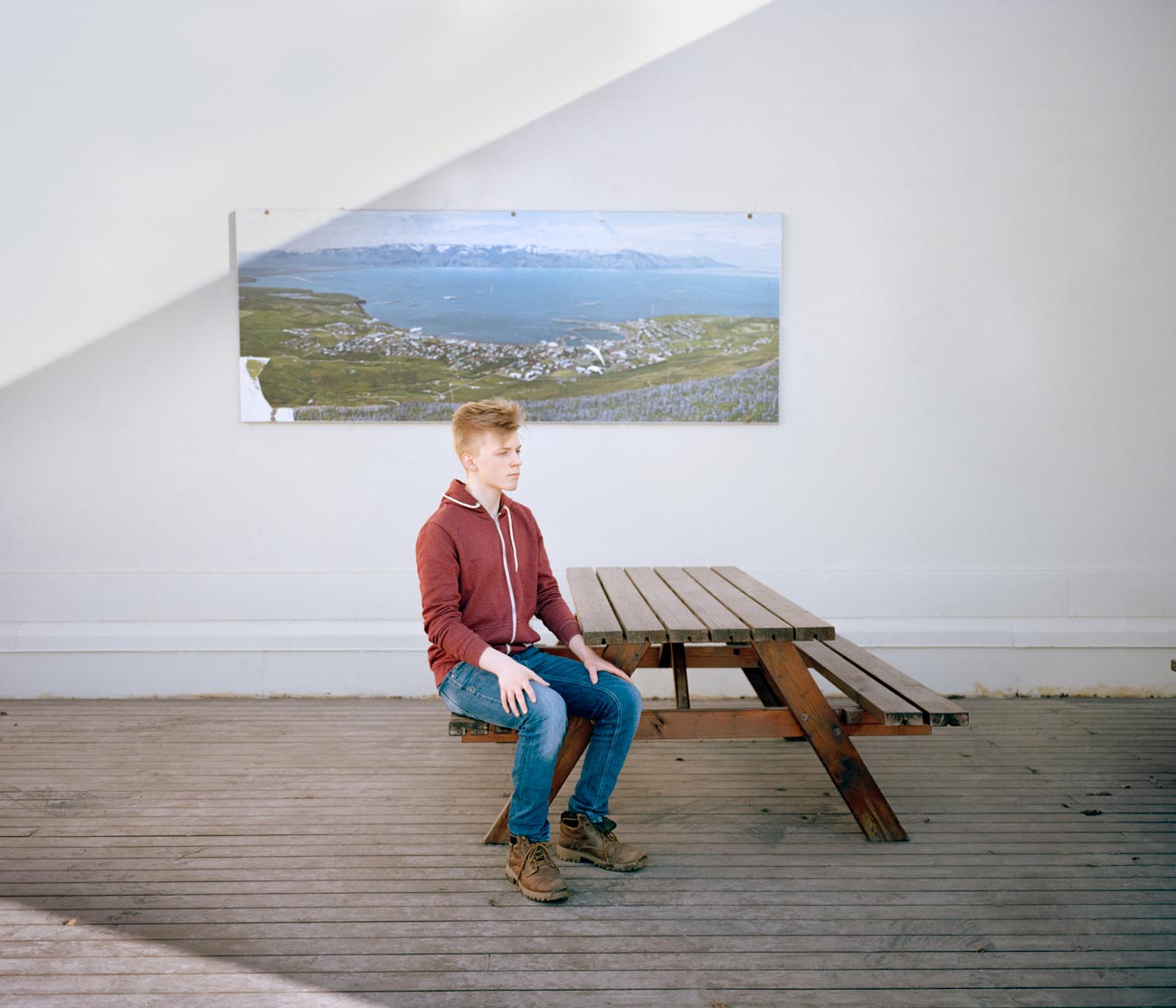 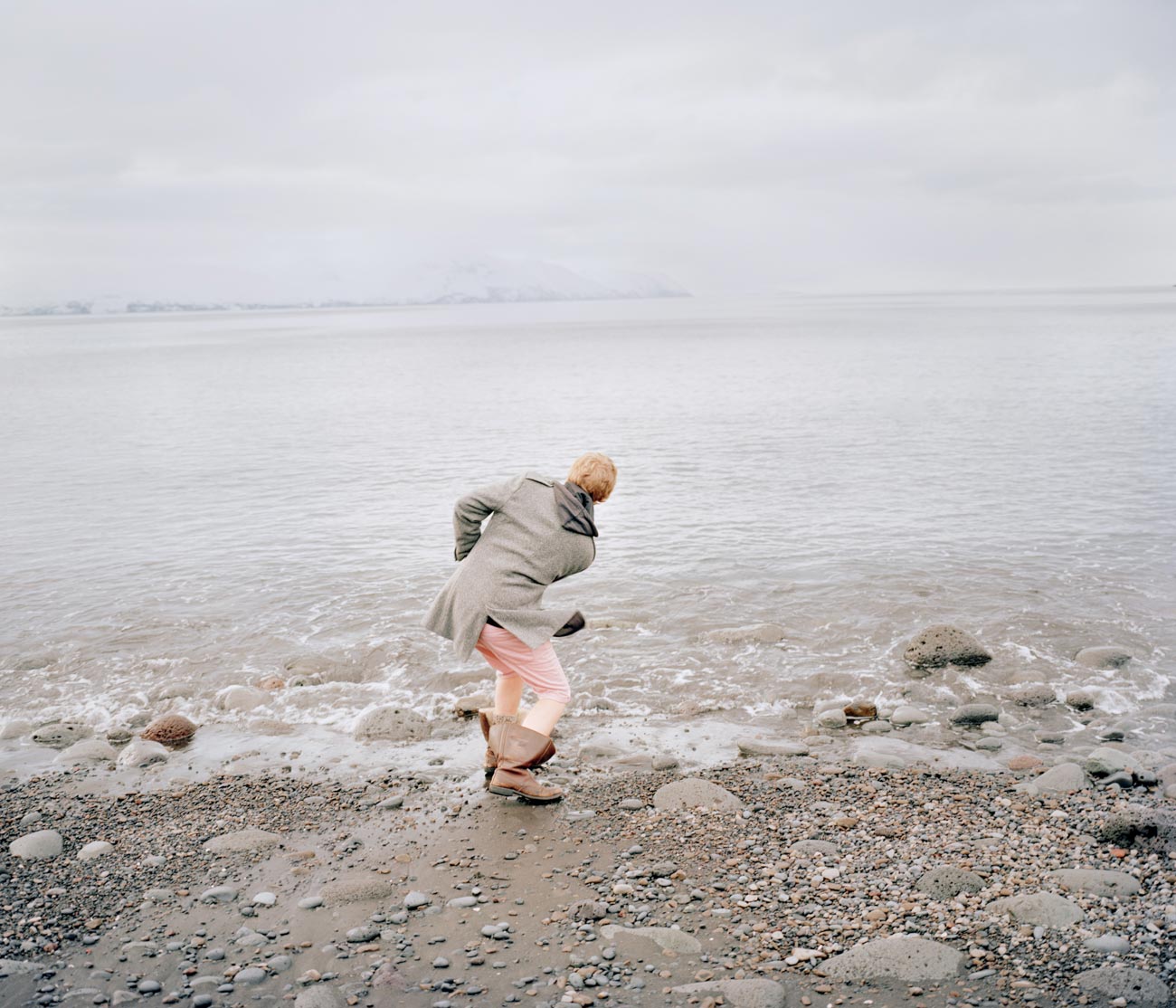 You Will Never Walk Alone by 27 year-old Brazilian photographer Camila Svenson is a series of photographs about the teenagers of Húsavik, “a very small, conservative fisherman town in northern Iceland.” The project was created during a three-month artist’s residency for which, as she confesses, Camila chose to focus on the town’s youth off the top of her head: “It’s funny to think about it now. I remember when I was applying for the residency, I had to send a one-page statement about a project I wanted to do. I knew absolutely nothing about Iceland. I didn’t know who lived there, what currency they had, what they listened to on the radio, etc. I had just graduated from a photojournalism program and I was feeling pretty frustrated and incapable. At the same time, I was dying to make work and explore new things. So I just picked a theme: teenagers. I said to myself: “I will go there, find teenagers, get involved and see what happens.” What happened was Camila got completely absorbed: “When I started talking with Húsavik’s young kids and taking their pictures, I became obsessed. I had no idea of what I was doing or how I was going to structure the project at the end, but I continued. I trusted my gut feeling.”

The first girl she talked to and photographed was Ruth (“She is taller than me and very blond. She knows how to bake pizza and always shares her recipes on Snapchat“). On the first week Camila was in Húsavik, Ruth invited her to a party and introduced her to her friends. “I had never felt so nervous. My hands were sweating and my heart pounding. I asked them stupid questions. I forgot I was there to photograph—I just wanted those girls to like me. I forgot they were 16 and I was 26.”

Húsavik is located on the northern coastline but it’s surrounded by mountains, and has a population of about 2,000 souls. “There is not much going on. You never get lost and all the streets take you to the same place. As soon as the snow starts to melt and you feel the heat of the sun behind your neck, another blizzard arrives and you’re locked up home again, even though it’s May. There is a small gas station where people go for burgers and hot dogs, a public swimming pool and a hot pot. When the kids get bored they drive around. It reminds me of my hometown in Brazil, we used to go for a drive as well. We are the same.”

Early on in her stay, Camila was invited to a high school ball that offered her a revelation about her time in Iceland as well as the meaning of being a photographer: “I put on a black dress and arrived at the place by 10pm. There was a huge line outside, and everyone had tequila bottles in plastic bags. I was impressed that they all had drinks, but I drank too at 15. The small saloon filled up with kids dancing. They looked so happy, they hugged each other in huge groups while jumping and singing to Bon Jovi. I felt happy too, and for the first time I realized that I didn’t belong there, that a photographer will never belong, and will always remain invisible. Nobody noticed me, and I loved it. I took photos of them dancing, kissing and drinking. I accepted that I was not a teenager, I was not Icelandic and that, as a photographer, I will always be an outsider, a stranger. For the first time, that felt okay.”

“These kids were friends since they were children. I was a bit jealous of the fact that they are less aware of the time passing by than me. They think their relationships will last forever and they’re not worried about the future. I wanted to photograph that as a part of my life that I miss—that feeling of being present, of being connected with your friends, lovers and hometown.”

Camila took portraits of the girls she met in their bedrooms. On one of the walls, one girl had written, “You will never walk alone”, which became the title of the project. The day before leaving for New York, Camila took a long walk with another girl, Birta. They had some ice cream. The next day, at the airport, Camila got a text from her: “I already miss you”. “Maybe I wasn’t that invisible” Camila says. “I wish I was a photographer back when I was a teenager. I realized I tried to photograph their lives as if I was creating my own memories out of nostalgia. It sounds crazy that I no longer remember who I was at that age.”

Back home, Camila had about 100 rolls of film. “I have never felt so motivated and inspired like I felt in Húsavik. I was photographing like crazy, even though I had no precise idea in mind. Only when I got home did I start going through the images and think about the story they told. Nowadays I see a lot of photographers structuring their works with the final product they can sell to media in mind. We tend to forget to be in the moment, to let ourselves feel vulnerable, scared and intimidated by what we are doing. Húsavik and You Will Never Walk Alone were a real encounter for me. We should be open to living those encounters and, when it happens, just let it be. I think that was my intention—to experience first, take photographs and understand later.”

Camila’s major inspiration for You Will Never Walk Alone was Bluets, a book by American writer Maggie Nelson. “It talks a lot about vulnerability, intimacy and relationships. It was all I could think about while in Iceland.” Some of Camila’s favorite contemporary photographers are Pétala Lopes, Luana Navarro, Alessandra Sanguinetti, Elinor Carucci, Barbara Wagner, Maya Goded, Jonathans de Andrade, Gui Mohallem, Todd Hiddo, Ana Lira, Leo Caobelli, Trema, Sophie Calle, Larry Sultan, Claudine Doury and Zanele Muholi. The last photobook she bought was Ressaca Tropical by Jonathans de Andrade (“My girlfriend also gave me Rachel Monique, the most beautiful book by Sophie Calle).”